It was the 1st February, and the vision of a horse stampeding out of its box to complete the Grand National is akin to my desire as I walked/broke into a run through the streets of Soho to Blacklock. Veganuary was over and it seemed only right to break my self-enforced ban in the right way; no sad sausage for this About Time writer, but the softest, most succulent pieces of meat. 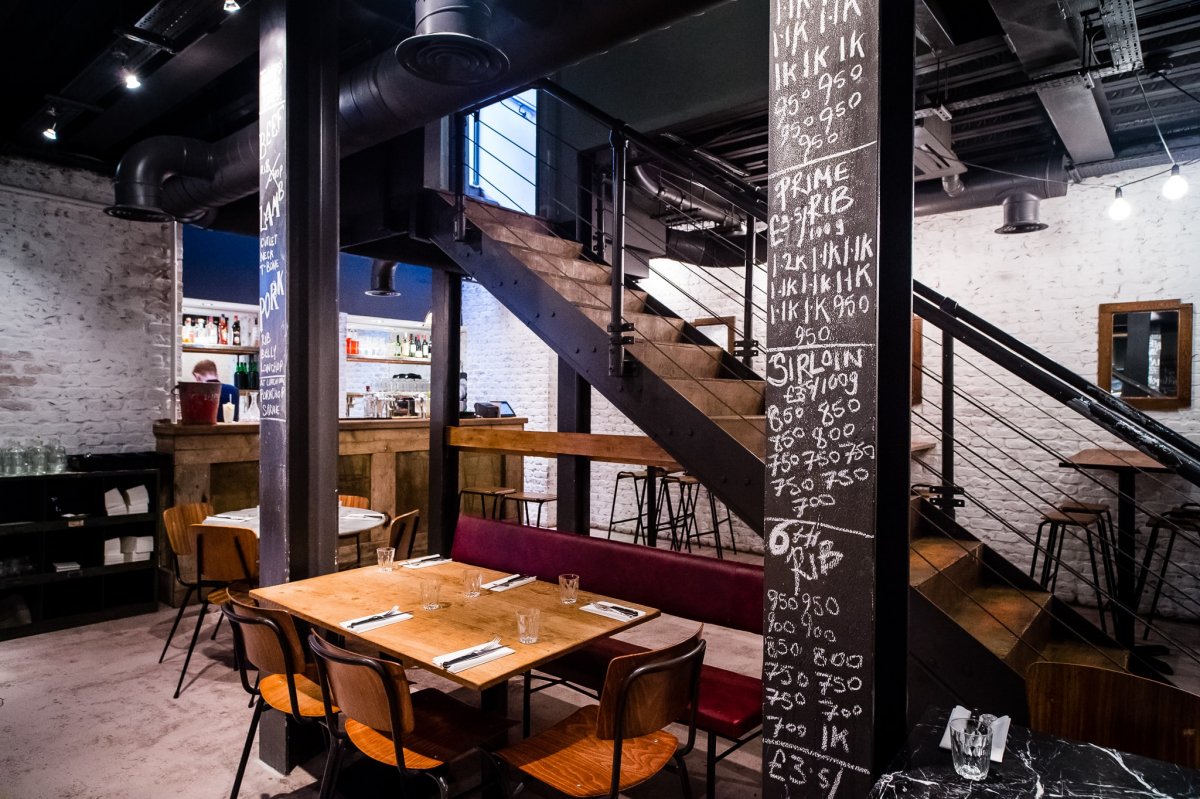 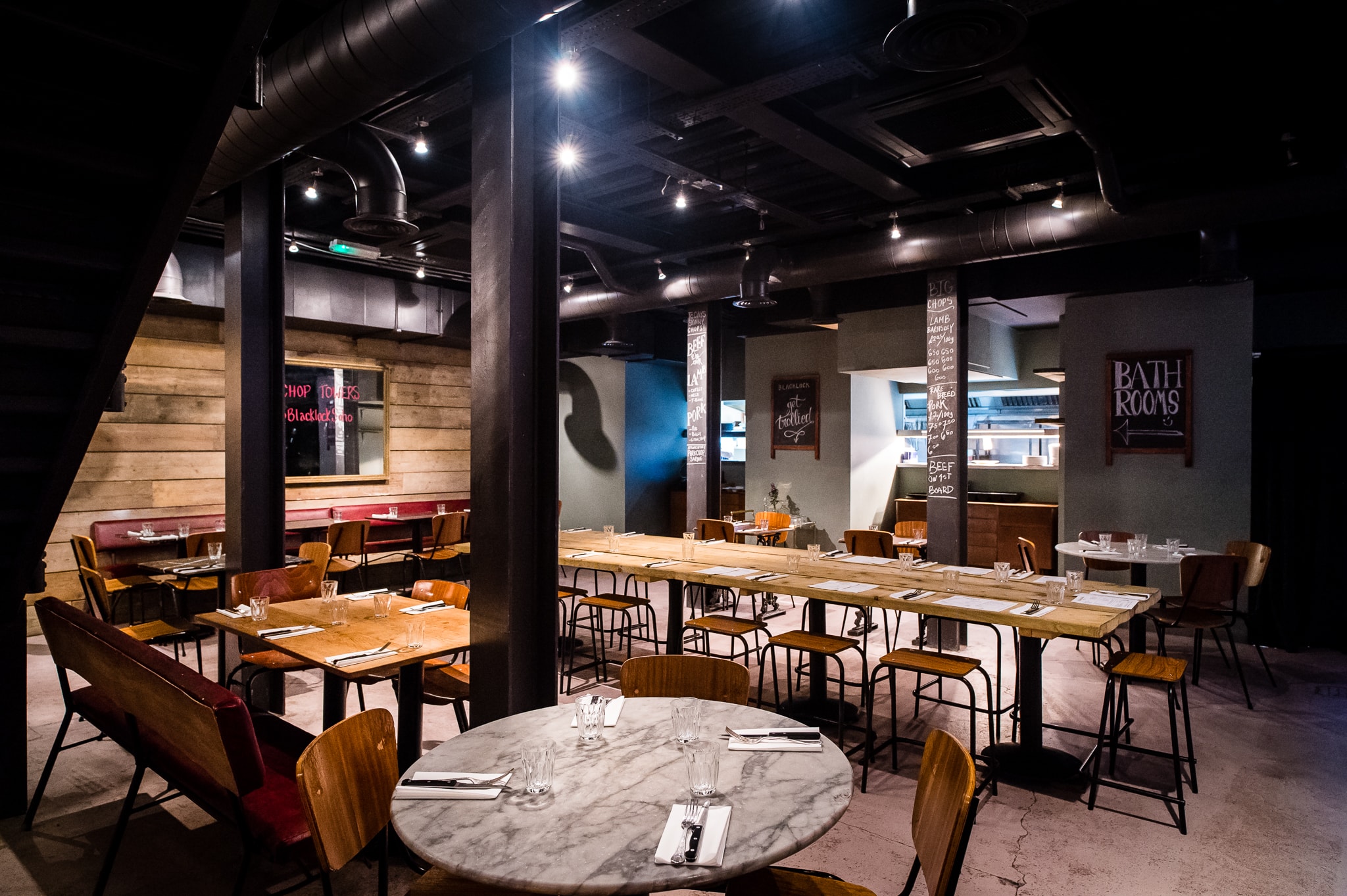 Blacklock is the don of meat restaurants and with two branches now in the capital (one in the city and the original home in Soho – a former brothel), I decided to hop foot it to where it all began. I’m convinced I spotted some punters from the old days accidentally bounding down the stairs, and swerving when they saw happy folks chowing down on chops. The menu is pretty sexy to a meat eater, less positive place to bring your vegan mate, although their sweet potato side was fairly attention seeking with its crispy sweetness. 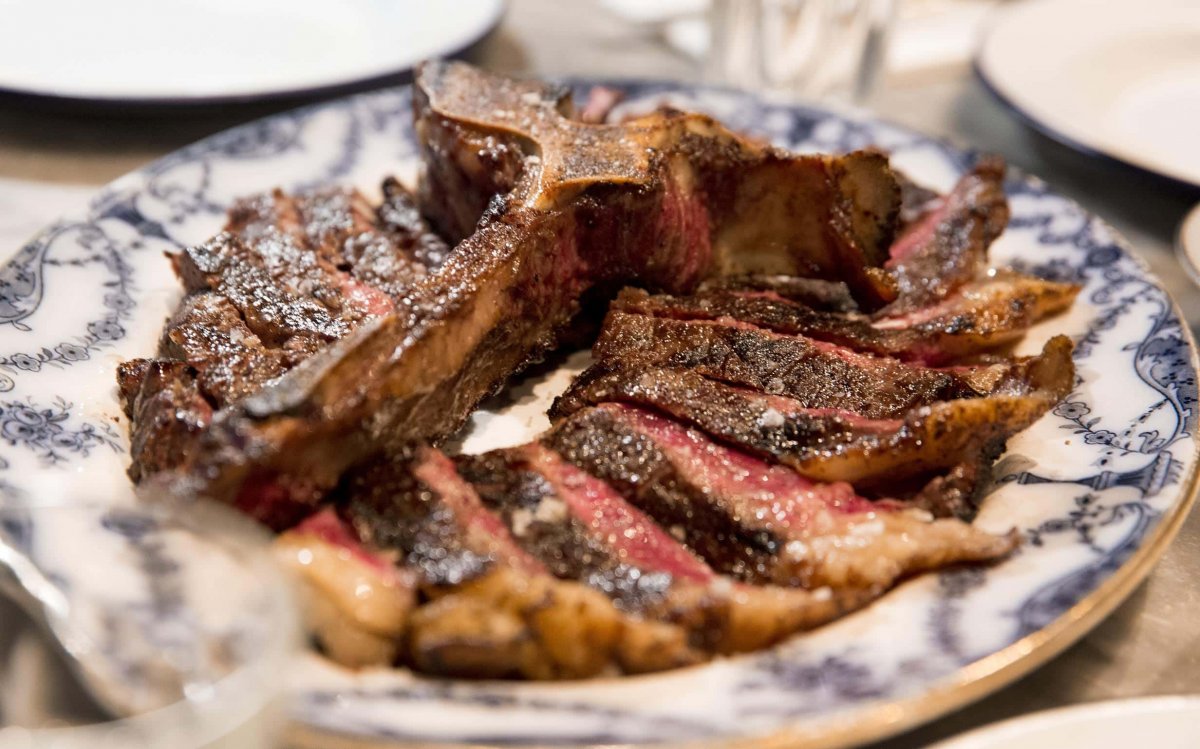 Succulent chops are order of the day. But at Blacklock it’s not just chops as we know it –  they’re skinny, big, and the meat just falls off the bone.

The deciding factors for your menu decisions rest in your carnal desire for mini chops or steak. We recommend going for the ‘all in’ featuring all of today’s shinny chops piled on coal flatbread. Go for the big chops of either lamb and beef if you prefer a hulking piece of steak. Or, you can be as greedy as us, and have a starter of a chop each, and then opt for prime rib, porterhouse or sirloin at weights beginning from 100g. 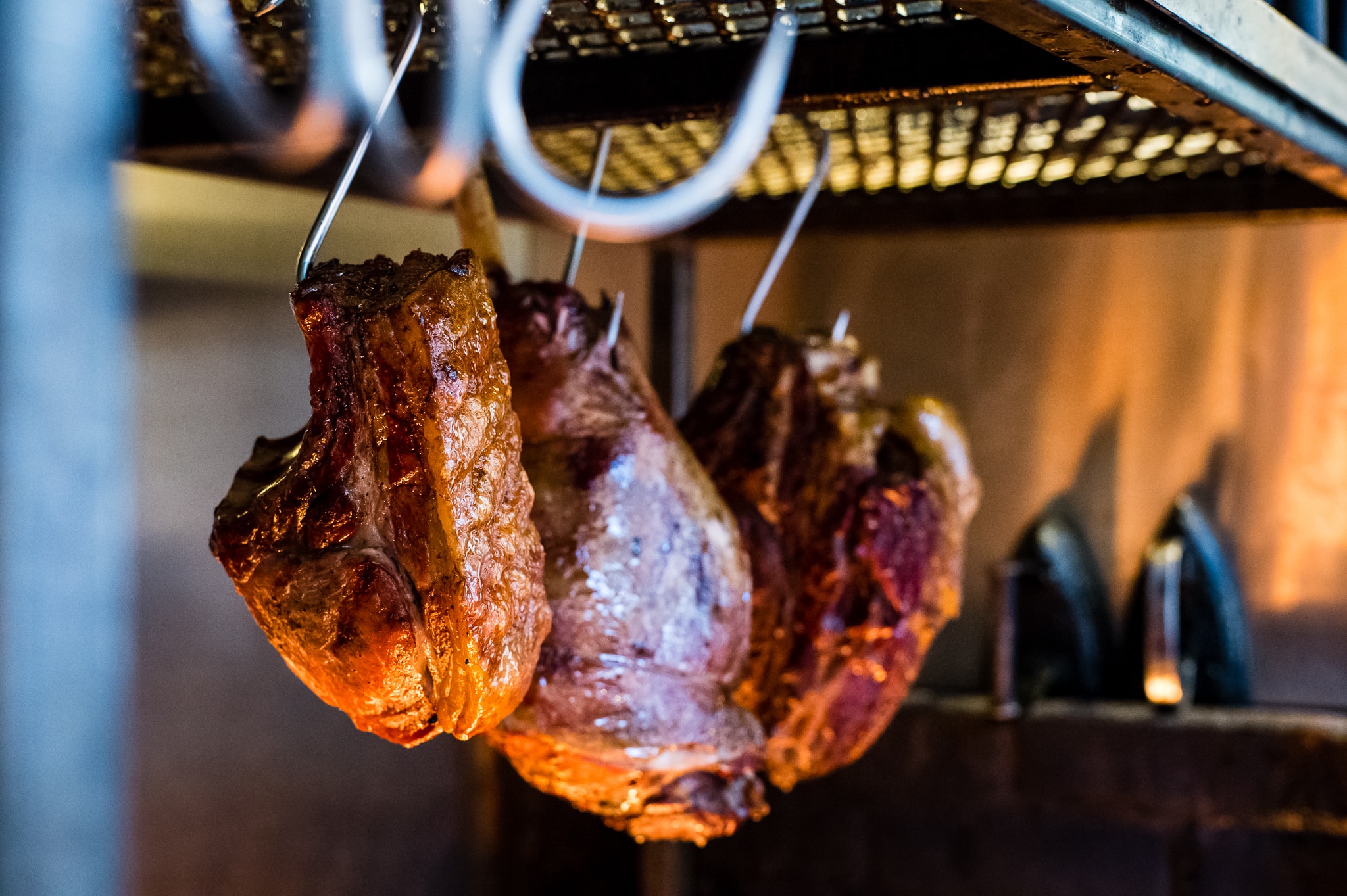 The sides complimented the juicy meat to perfection; we loved the piping hot beef dripping chips, teamed with the 10-hour ash roasted sweet potato, for a kind of a carb buffet. Some fresh green to break up the meat onslaught were  delightful, and much needed. Think light and fragrant kale and parmesan salad, and vibrant coal roasted beets and goat’s curd. 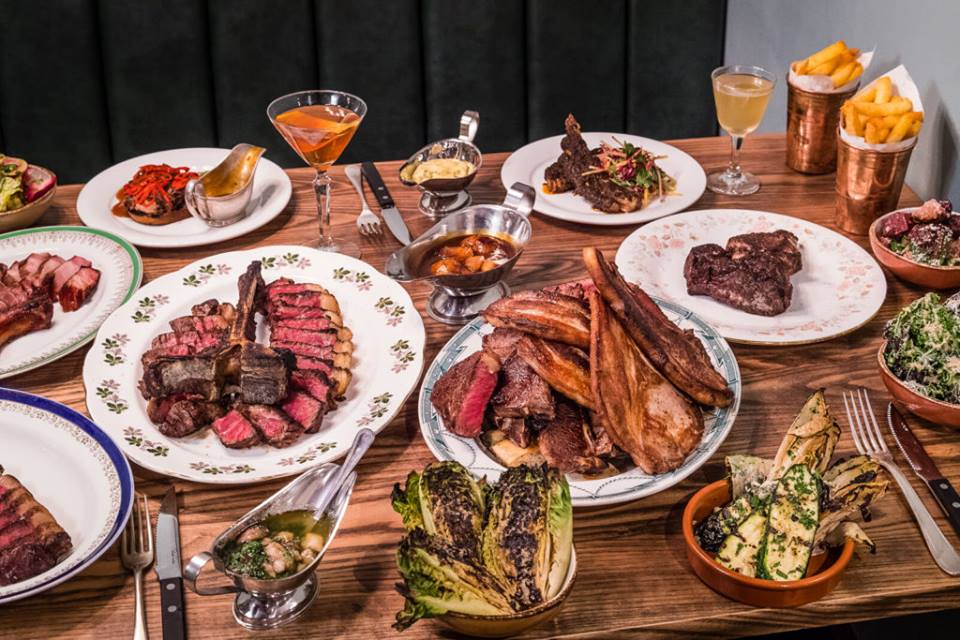 We popped in for a weekday dinner, but the Sunday roasts here are legendary. We’re talking about beef rump, lamb leg and pork loin up for grabs with steaming Yorkshire puddings and copious sides. Team with one of the many delightful reds, or cocktails for a reasonable fiver.

We were too full for pud, shocking indeed, but we saw glimpses of gloriously gluttonous cheesecake being consumed by our neighbouring eaters. 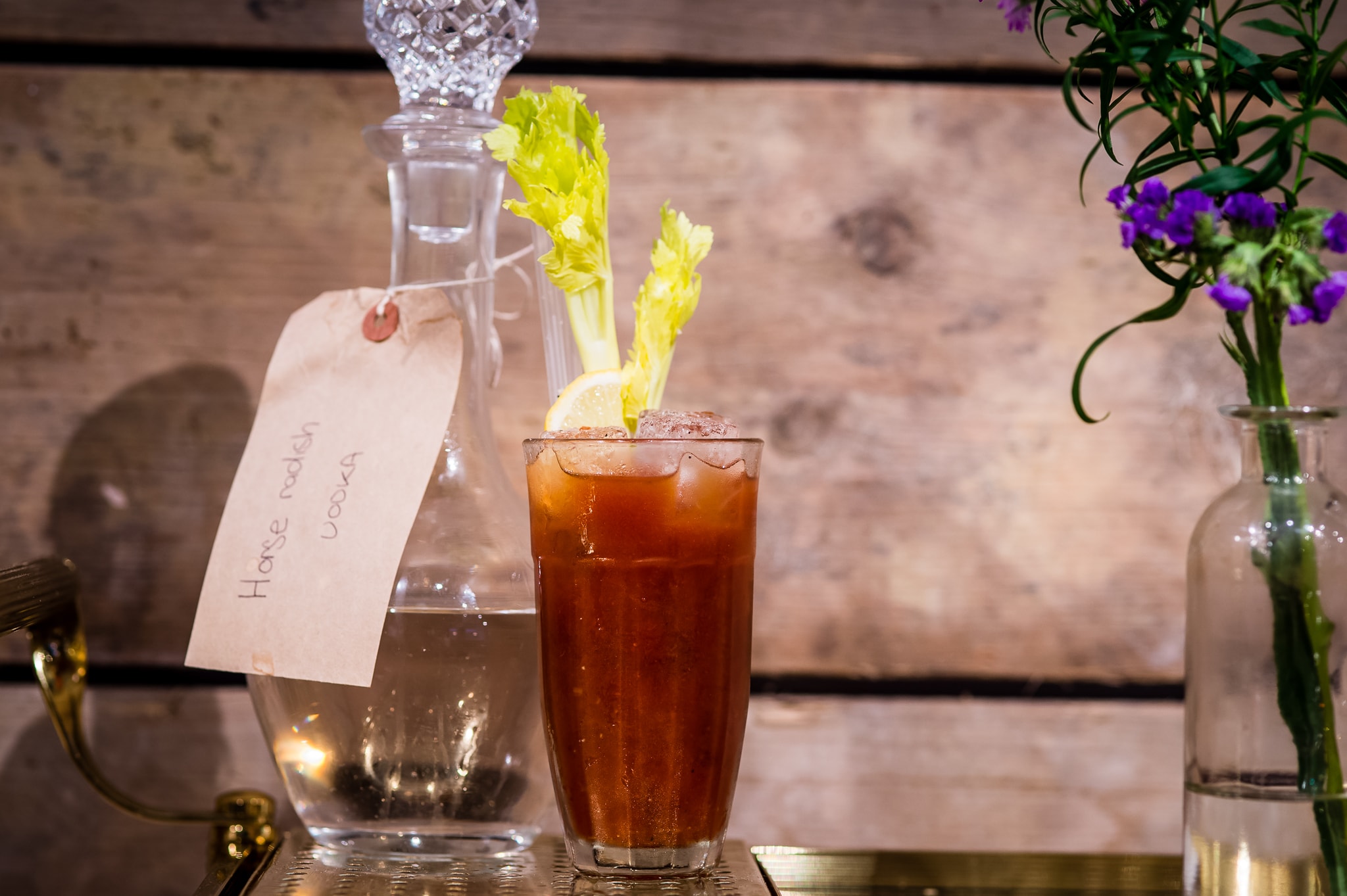 Blacklock is a real hidden gem – one to impress a fellow meat lover on a date, or head with a group of friends.  The staff are warm and know their rib from their prime, and their tomahawk from their pork loin. It’s February, and we say, head back into the world of meat in style, with an awareness that your meat is coming from the freshest and most ethically sourced home.