I don’t think it would be harsh to say that Magenta opened its doors at the wrong time in the wrong place. They’ll admit themselves they’re on the ‘wrong side’ of the Euston Road, albeit adjacent to the trendy Standard Hotel on one side, it’s nothing but roads and slightly run-down shops in all other directions. The timing aspect needs no explaining. even King’s Cross feels half as busy as it once was and we all know the hospitality sector has been hit hard by the pandemic. Neither of these things though have deterred the enthusiasm of the owner of the nearby Megaro Hotel to open his flagship Italian-inspired fine dining restaurant. 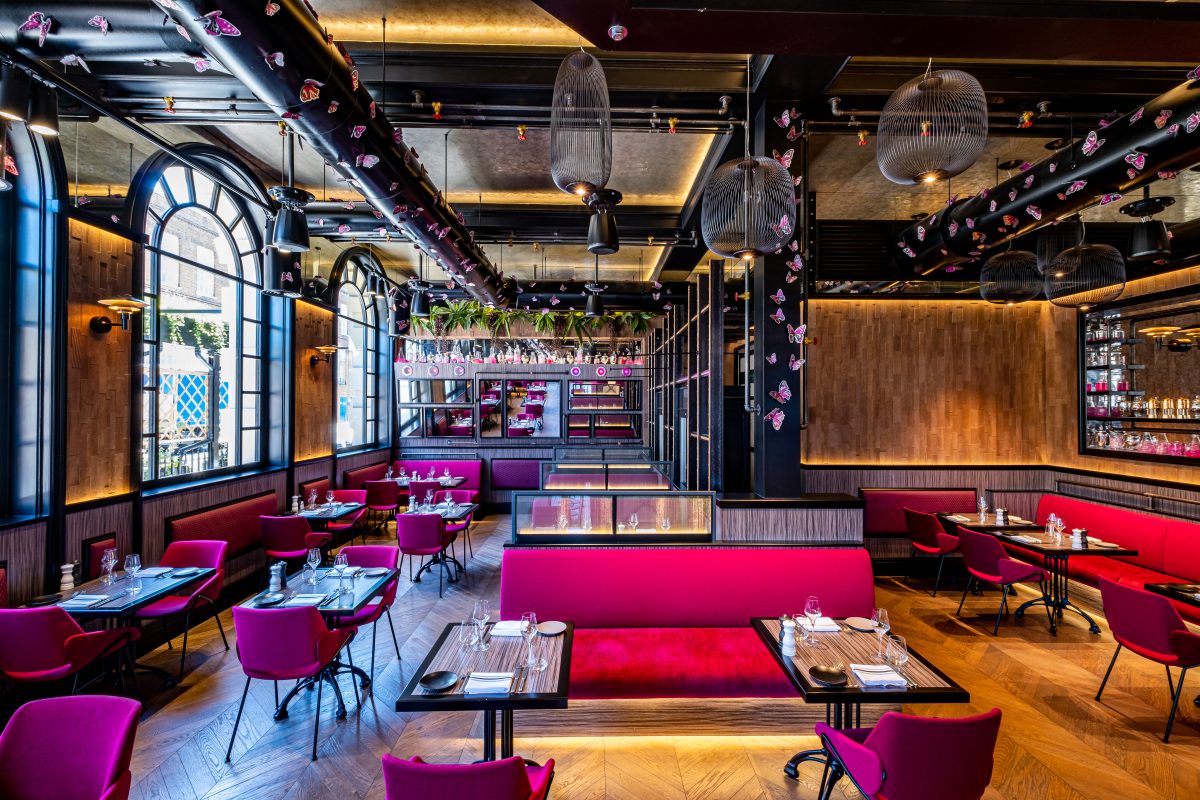 Firstly, we need to get one thing out the way, the decor. The description certainly sounds alluring, echoing “the 19th-century heritage of the building in which it is housed; the industrial-age heritage and vibrancy of the contemporary artistic culture of King’s Cross and its immigrant Italian community” but on arrival, there’s no doubt that in the love-hate world of marmite, this is the factory.

British artist and designer, Henry Chebaane, has certainly gone all out; a mix of coal, steel, oak, magenta fabrics all topped off with thousands of pink and silver butterflies. Yes, it’s as weird as it sounds. As I said some might love it, for me it was a little loud and might’ve deterred me from wandering in off the street. That said, if don’t judge a book by its cover was ever to be applied, I can think of no better place to do so. When you strip away the butterflies and the boiler pipes, you’re left with two key things: amazing food and perfect service. 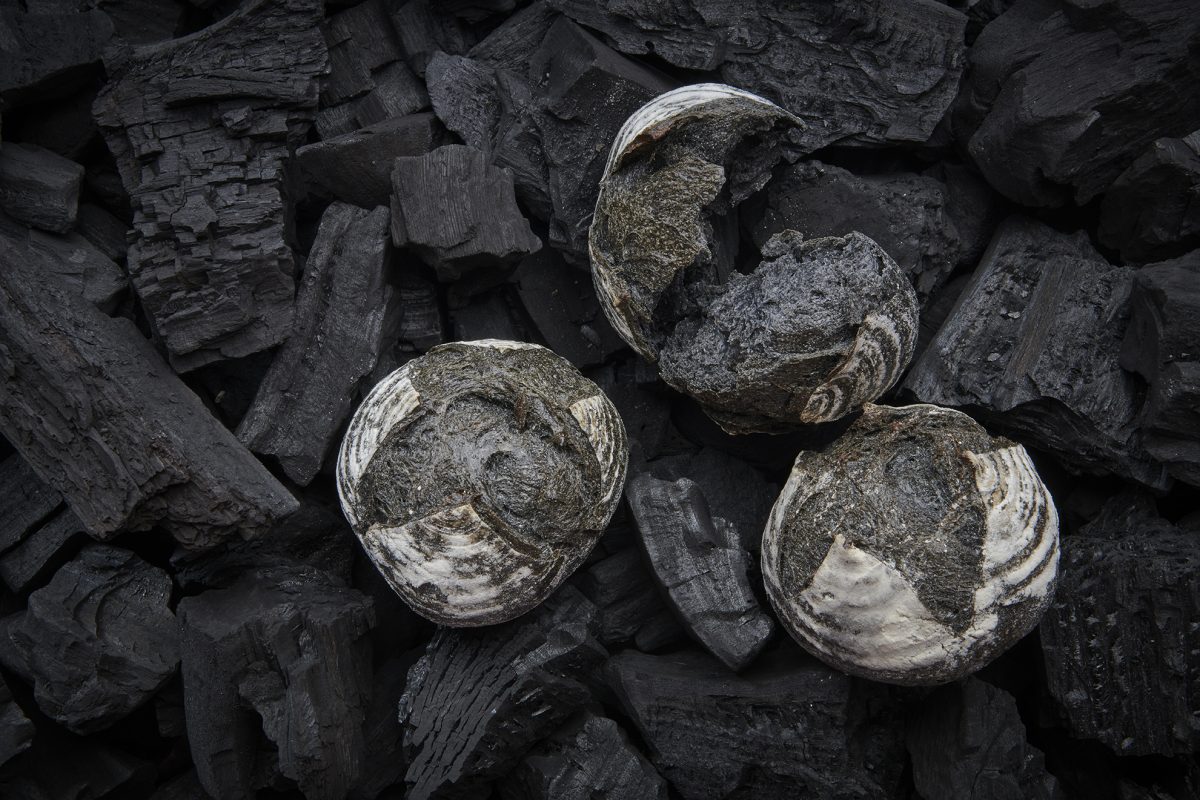 I’m a big believer that the bread can be the real indicator of the meal to come, and at Magenta the signs were good. This wasn’t any old loaf that arrived, this was Chef Manuele Bazzoni’s own unique charcoal flour bread. Bone crackingly crunchy on the outside, warm fresh and doughy in the middle, in one butter mouthful it let us know we were in for a treat tonight.

The other thing we noticed was that whilst this food certainly seemed fine, fine dining prices this was not. The prices for the a la carte menu are two courses for £32, three for £42 and four for £52. There’s an express lunch menu available Tuesday to Saturday too at £22 per person for two courses and £25 for three courses with a complimentary soft drink. That’s all pretty reasonable for a dining experience this refined in central London. We opted for three courses spreading them across antipasti, primi, secondi and dessert.

To kick-off, we had a combination of the tuna tartare and burrata from the antipasti with scallops raviolo from the primi menu to follow. The burrata is not shipped in from some distant Italian village, nope, it’s made daily here in England and served totally fresh with an unusual charred apricot that hides a lovage and pistachio pesto inside. The tuna tartare was perhaps the weakest of three dishes with the raspberry vinegar, candied olives and mozzarella emulsion not quite hitting the mark for us. That said, the bar was pretty high and entered new levels with the arrival of the scallops raviolo. One giant pillow of pasta served with a perfectly cooked scallop, this was something special. Not only did the centre of the ravioli pack a fresh seafood flavour it was perfectly complemented by the samphire with vermouth and lavender sauce. Spot on. 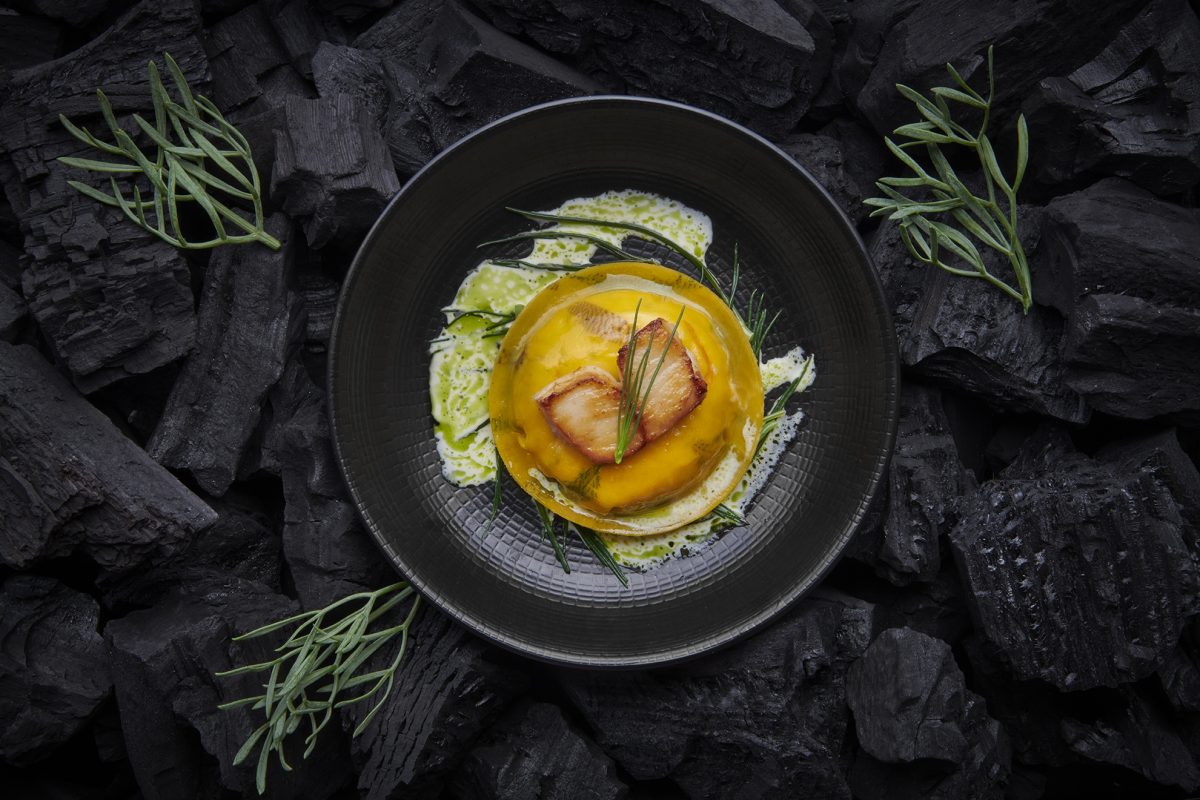 For mains, seared halibut and lamb loin. The lamb loin was not what I was expecting; resembling almost a beef Wellington the medium-rare lamb was wrapped in a ‘in crosta’ with potato and artichoke cake. It was topped off with the most sensational dark and deep gravy-esque sauce. I ate every last piece, refined flavours meet hearty cooking, I couldn’t fault it.

Meanwhile, my partner’s halibut showed Magenta was hitting its stride. Tropea onion puree and Nasturtium butter sauce was poured at the table, creating a vibrant bed of flavour for the perfectly cooked halibut to nestle on. Again, the portion was super generous for a set menu, and it needed to be, as once again we devoured the Italian inspired flavours of this delicate dish. As if that wasn’t enough (which it probably was) we still had dessert to come. You know you’re in for something special when dessert gets its own menu and we were right. The espresso coffee mousse and dark chocolate sorbet with crispy pastry shards and chocolate sauce was as good as it sounds. A blend of tastes and textures that every dessert lover dreams of – it was an exceptional end to a truly exceptional meal. 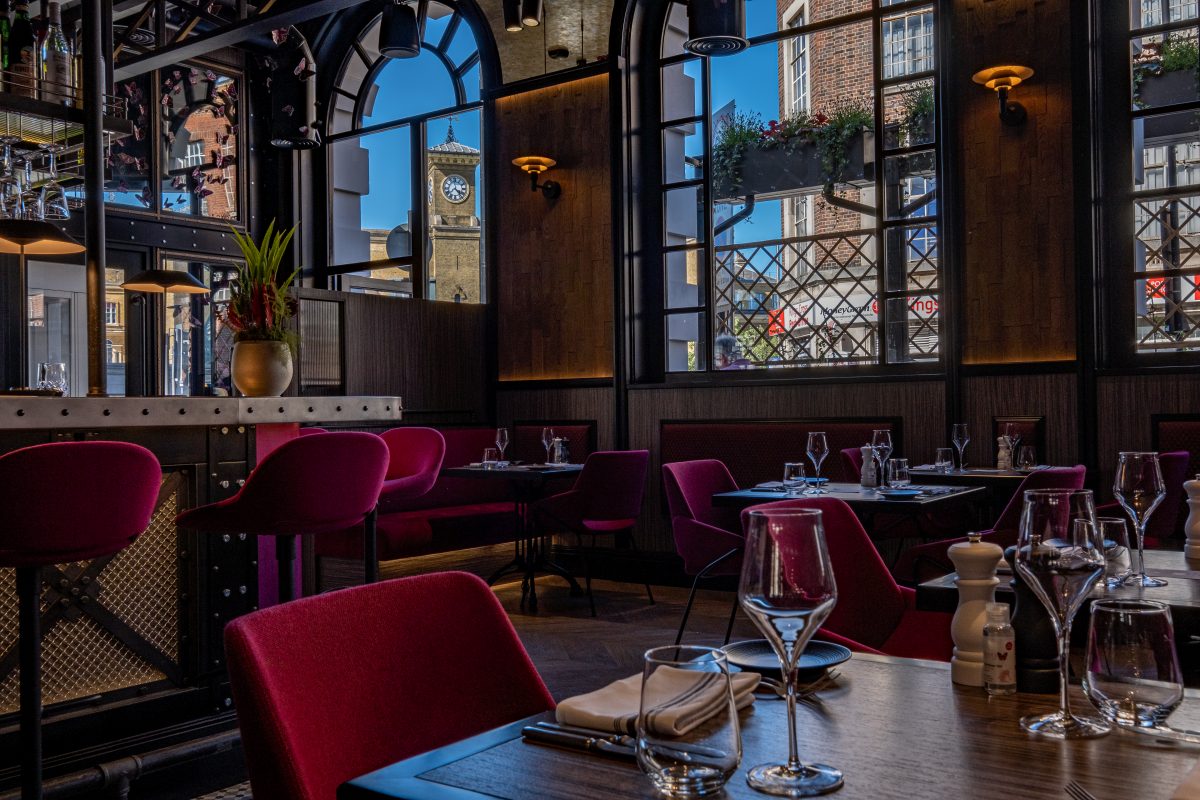 Last but definitely not least. Equal praise should also go to the staff at Magenta. It can’t be easy to train and serve fine-dining style food having only worked together for a matter of weeks or months but they really pulled it off. Lead by the uber-charming Dominik we couldn’t have asked for friendlier, more efficient service that set just the right tone. Not stuffy and formal like some restaurants but fun and good-humoured, the perfect antidote to too much time at home.

A word about the private room that we popped in on our way out. The ‘Mauve Private Carriage’ is a fantastical steampunk dining carriage, a nod to yesteryear Kings’ Cross, and is well worth a look at. With food this good, it would make a great event space. With reasonable prices and a stand out menu, Magenta’s decor may divide opinion but its food and service certainly won’t, and anyway, isn’t it About Time you tried the other side of the Euston Road?

Magenta is open for dinner and lunch Tuesday to Saturday, bookings can be made here.