Dishoom has spawned like rabbits across the capital – and for good reason. Where else can you get your hands on the iconic bacon and egg naan, knock back unlimited chai at breakfast time, and fill your boots on with the always delicious black daal?

With outposts in Manchester, Birmingham, Edinburgh, and not to mention a handful in London, the restaurant group’s homage to the Irani cafés of Bombay has built them a steadfast fan base (you only have to look at the queues on a windy night in September). 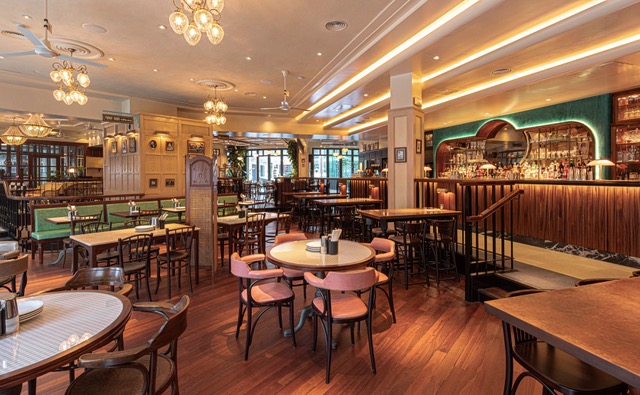 Dishoom’s first restaurant, Covent Garden, located on St Martin’s Lane, closed in January 2020 to undergo a major redesign to mark the café’s 10th anniversary. Having re-opened in late summer, Covent Garden 2.0 is expansive – think ample seating, a family area downstairs with booths, and a huge open kitchen. No matter how busy Dishoom gets, this place works like a well-oiled machine.

I recently visited for lunch, when the weather was on the turn, and the cravings for Indian dishes were hard to ignore. Even on the greyest of days, the team always bring the sunshine. 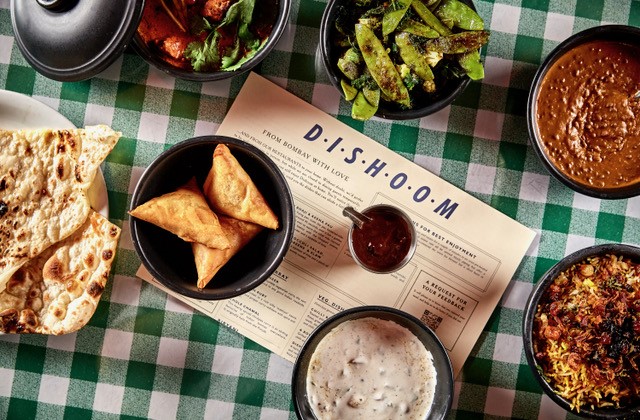 It’s hard to go wrong with the starter selection, and it’s far from the classic poppadom and pickle tray affair. The okra fries, served with a trio of dips, were delicately spicy, crispy, and so moreish we were tempted to order another portion. The chilli chicken – served in a melange of garlic, ginger and soy-chilli – was like a flavour grenade to the palette. One of the tastiest dishes to take over the capital; bite-sized and with a gorgeous and flavour-packed coating, I’d eat it for every meal if I could.

Moving on to the mains, and without sounding like a broken record, there’s a few Dishoom must orders. For a proper curry, the chicken ruby, with its complex spices, rich tomato makhani-esque sauce, was undoubtedly the stand out order. Pair with a garlic naan and you’ve got yourself a first-class ticket to flavour town. A dish you can pass off as ‘for the table’, but eat to yourself with just one piece of cutlery. 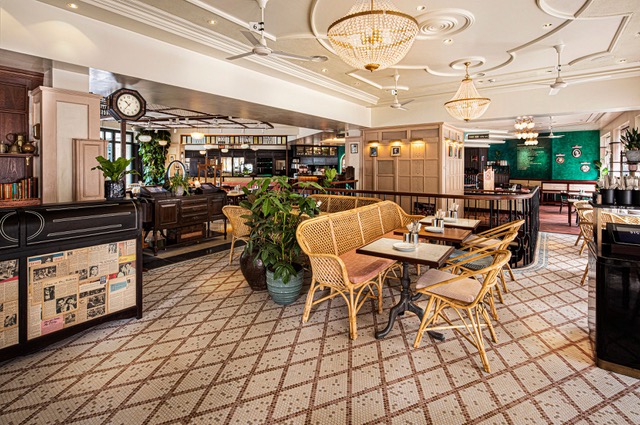 The litmus test for Dishoom is taking someone who has never been before, and ordering the house black daal. In this case, my mum, who lamented ‘lentils weren’t really her thing’ but was spooning the daal onto her plate quicker than I was drinking the Colaba Colada (a two rum cocktail with lashings of cream and coconut. Just the right amount of sweet. And rum). The daal was decadent, indulgent and buttery – and was undeniably, the star of the lunch.

We were diving into these plates like we’d hit the jackpot every single time. The Murgh Malai (garlic coated chicken thighs), spicy lamb chops (tell me a time ordering lamb chops was a bad idea), and the welcoming crunch of the bowl of greens all deserve a mention.

Dishoom Covent Garden has come a long way from its 2010 beginnings. While the decor may have changed, there’s one thing that has stood the test of time: the food. With quick service, a cocktail menu full of so many delicious serves we don’t have the word count to mention, and a team of knowledge and friendly staff, here’s to ten more years of Dishoom Covent Garden.