Since opening its doors last November, Bloomberg Arcade has brought some of London’s biggest names in food to the City of London. Homeslice, Bleecker Burger, Vinoteca, Caravan and Koya have all laid the foundations of a new central hotspot for brunches, lunches and weekend dining. And an already impressive line-up has been enriched with recent openings from Brigadiers and EKTE Nordic Kitchen.

Hosting culinary delights from more than eight countries, all situated in the new pedestrian arcade at the home of Bloomberg’s new European headquarters, we think it’s about time you explored the best brunch spots, all under one roof: 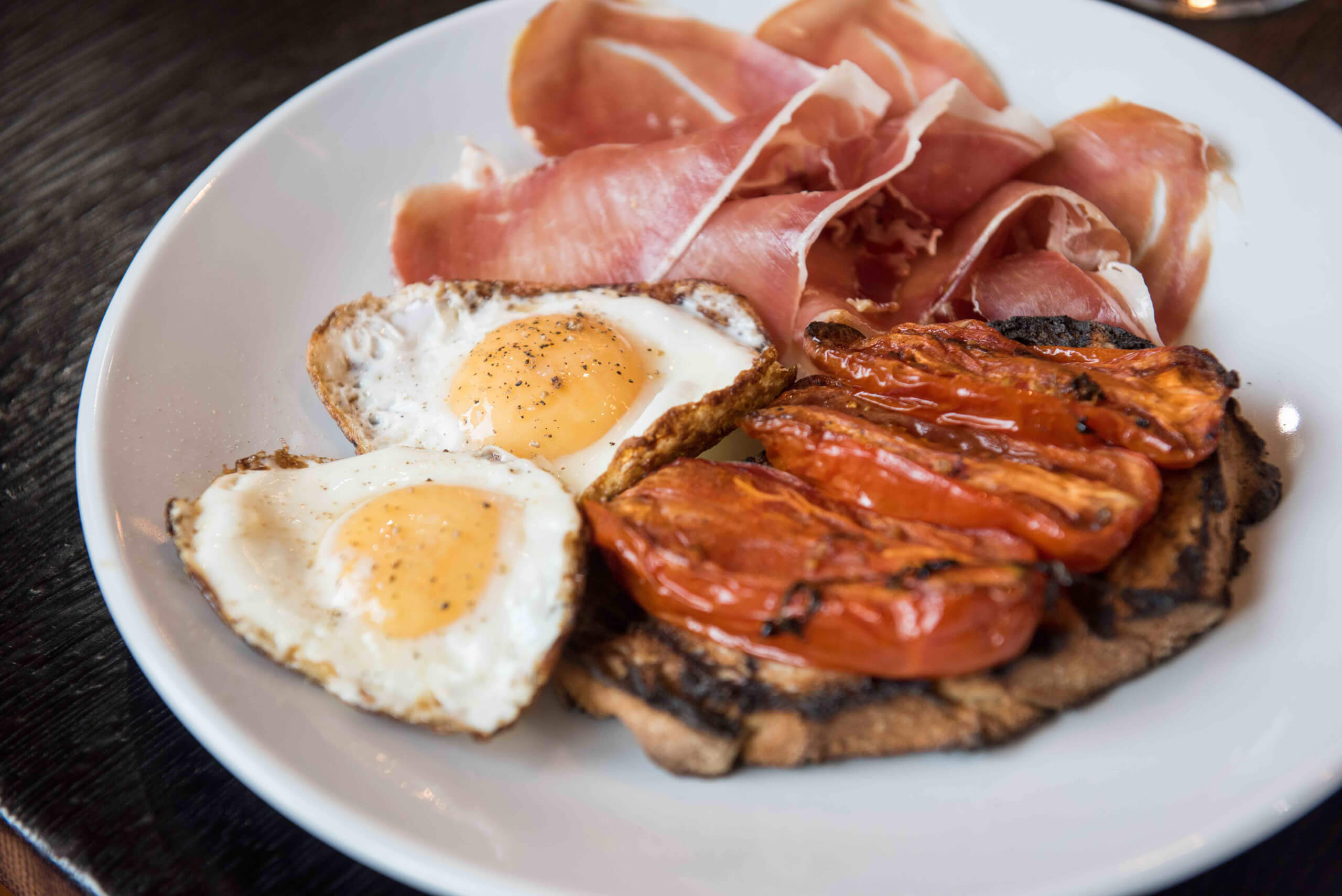 Star Dish: For a taste of sunshine, the baked Chapel Farm duck egg with prosciutto Toscano, heritage tomato and harissa is the one.

The Lowdown: Widely popular Vinoteca, inspired by the wine bars of Spain and Italy, serves an enticing Saturday and Sunday brunch menu comprised of carefully-sourced, simple but imaginative food. Avocado and sumac baked ricotta on sourdough, and Wiltshire burrata, heirloom tomatoes and lovage are amongst favourites which are paired perfectly with their superb selection of breakfast wines and cocktails from their award-winning wine list. 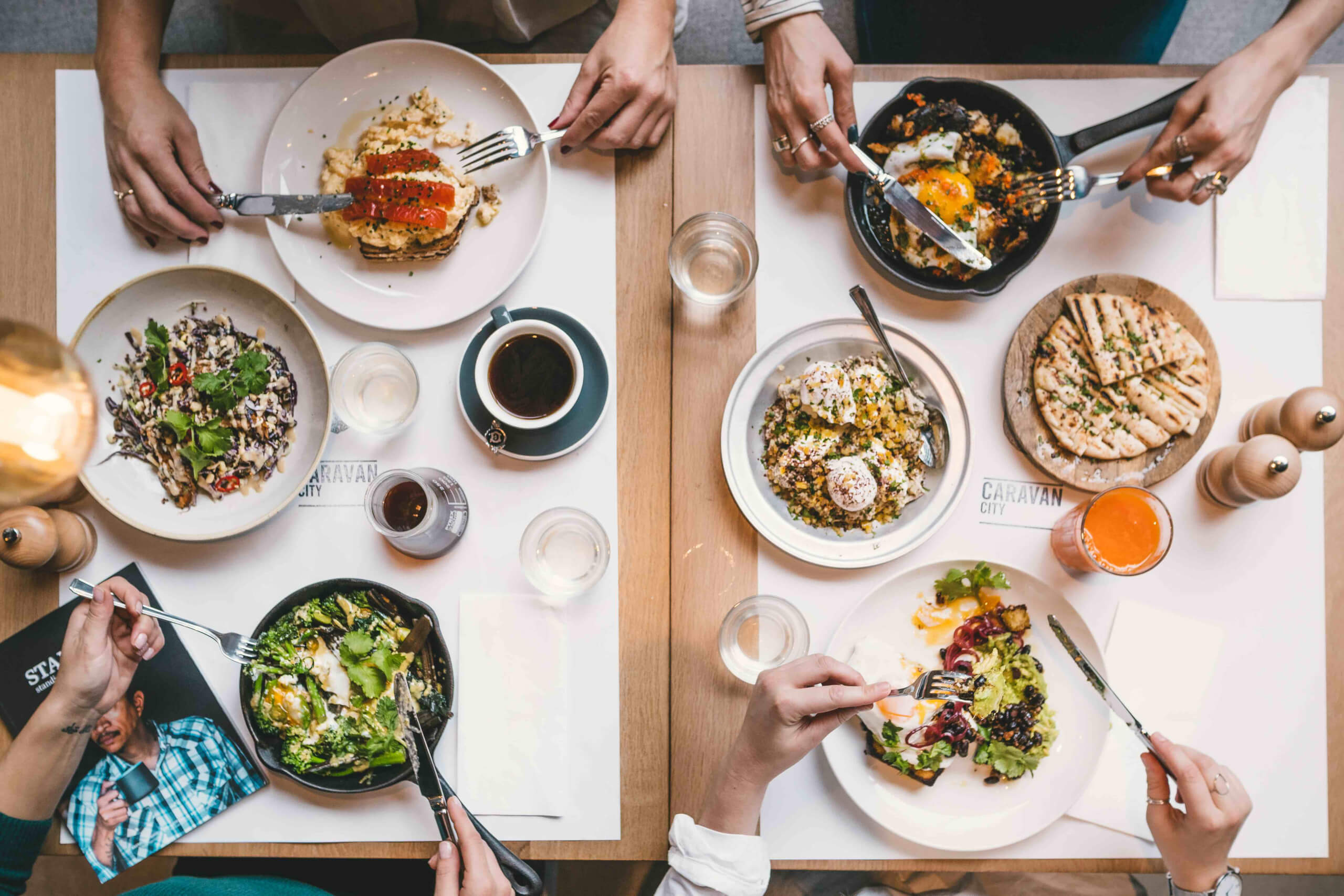 Star Dish: It’s been a mainstay on Caravan’s menu since their original site opened on Exmouth Market in 2010, and we can see why: jalapeño cornbread topped with chorizo, avocado, chipotle butter and fried eggs. Banging.

The Lowdown: Hop over to Caravan City, the city’s connoisseurs of coffee, for a taste of Antipodean cuisine. Highlights like coconut bread with lemon curd cream cheese, slow roast pork belly on a kimchi pancake, and paprika and spring onion waffle with thick cut bacon are accompanied by their selection of fresh, made to order juices and their renowned in-house roasted coffee. Come for the caffeine, stay for the baked eggs. 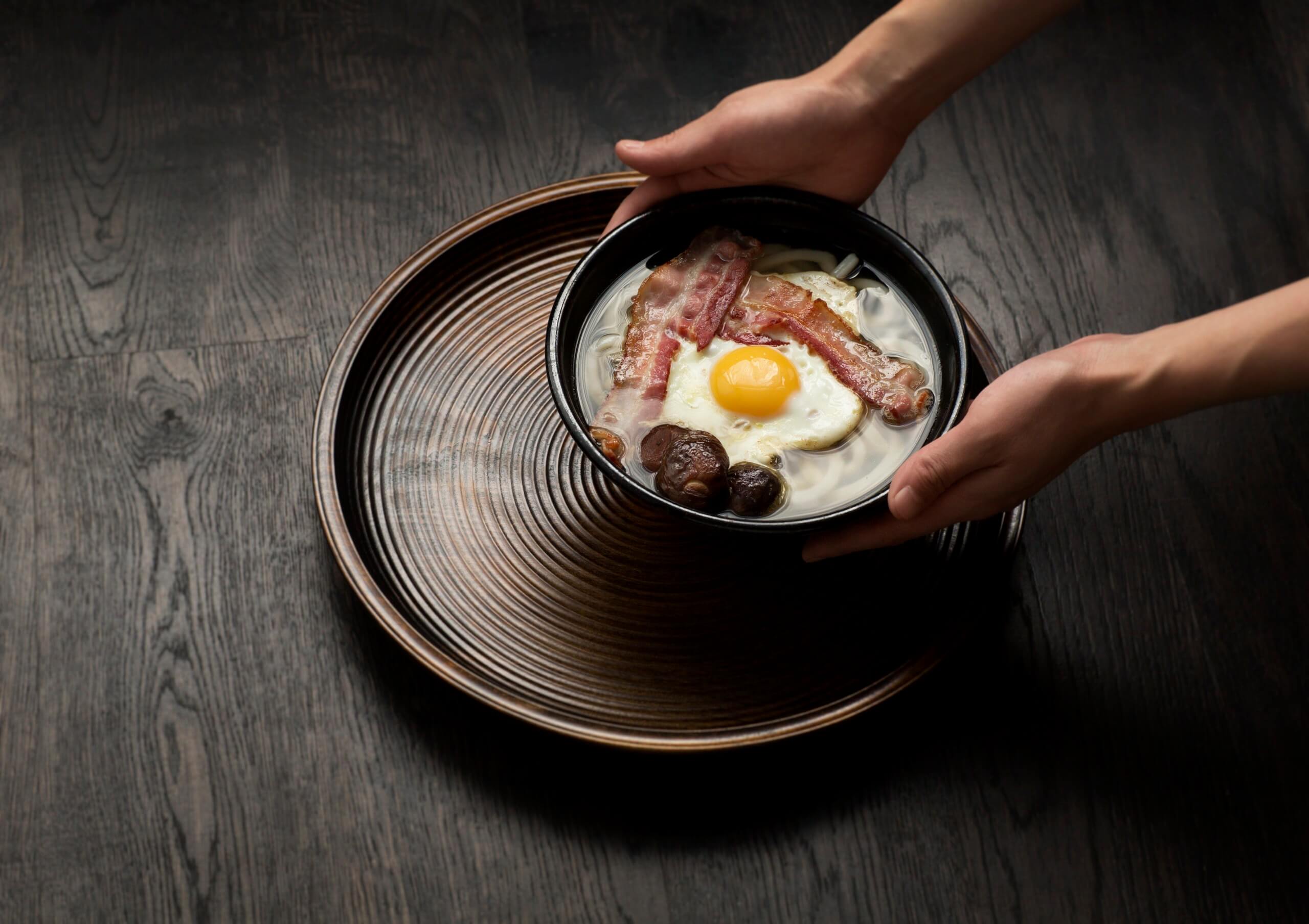 Star Dish: Spicy and delicious, the kedgeree with smoked haddock, poached egg and curry is a wholesome brunch time meal.

The Lowdown: Seeking eggs with a side of adventure? Koya City serves an inventive Japanese breakfast menu with signature dishes such as the English breakfast udon with egg, bacon and shiitake mushrooms and Neko-Manma, a bowl of miso soup spiked with a poached egg and bonito rice. 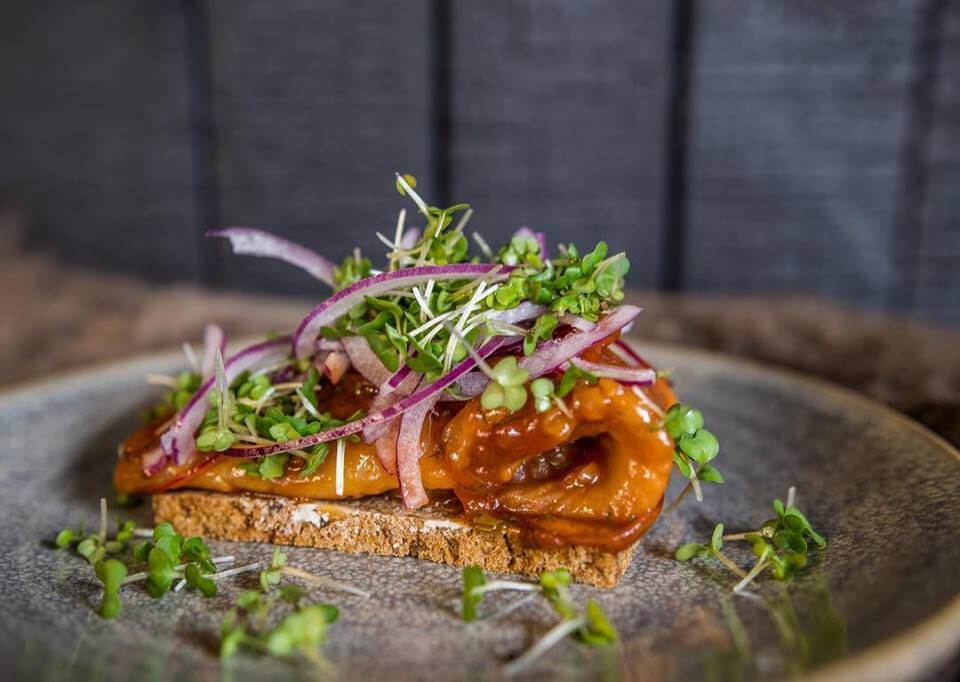 The Lowdown: Ekte Nordic Kitchen has bought their all-day Nordic dining concept to the city, offering a host of Scandinavian pastries that are perfect for brunch, notably the Kannel Bullar – the gloriously sticky cinnamon buns. If you looking to truly breakfast like a Dane the traditional Smorrebrod (the famous open sandwich) has a lavish selection of toppings to suit every taste bud.

5. For a Bottomless Brunch: Brigadiers 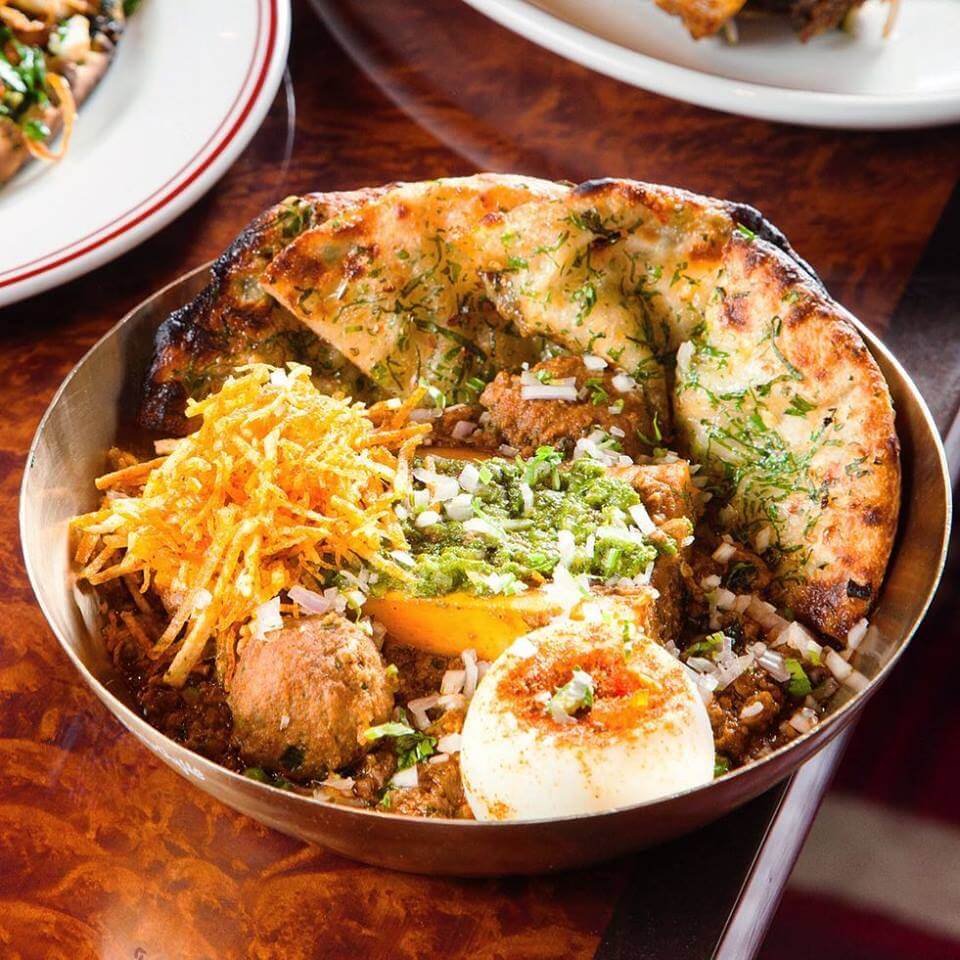 Star Dish: It all tastes out of this world.

6. For a Hangover Cure: Bleecker Burger 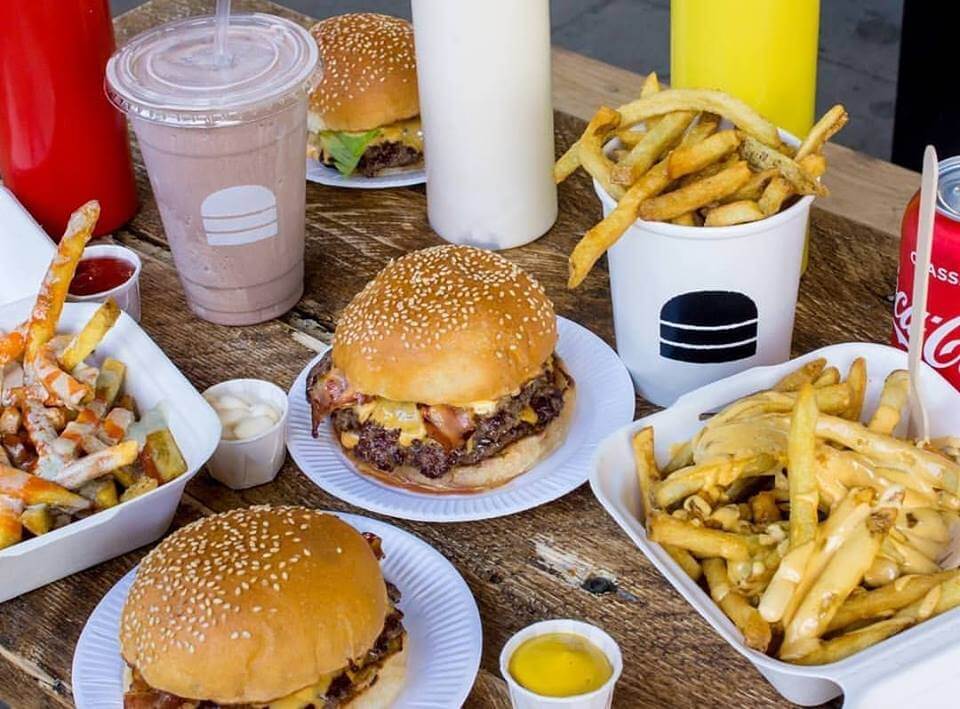 Star Dish: Not the most conventional brunch dishes, but you can’t go wrong with their bacon double cheeseburger. As far as burgers are concerned, this is one of the best in London.

The Lowdown: If a bacon or sausage sandwich is your weekend breakfast go-to, then go one better and grab a burger. Zan Kauffman’s Bleecker Burger showcases a less traditional ‘breakfast’ offering, but still guarantees to tantalise taste buds and soothe sore heads with their famous patties and angry fries. Their selection of delicious thick shakes ranging from coffee to Oreo flavour, offers the perfect treat to round off a decadent breakfast. 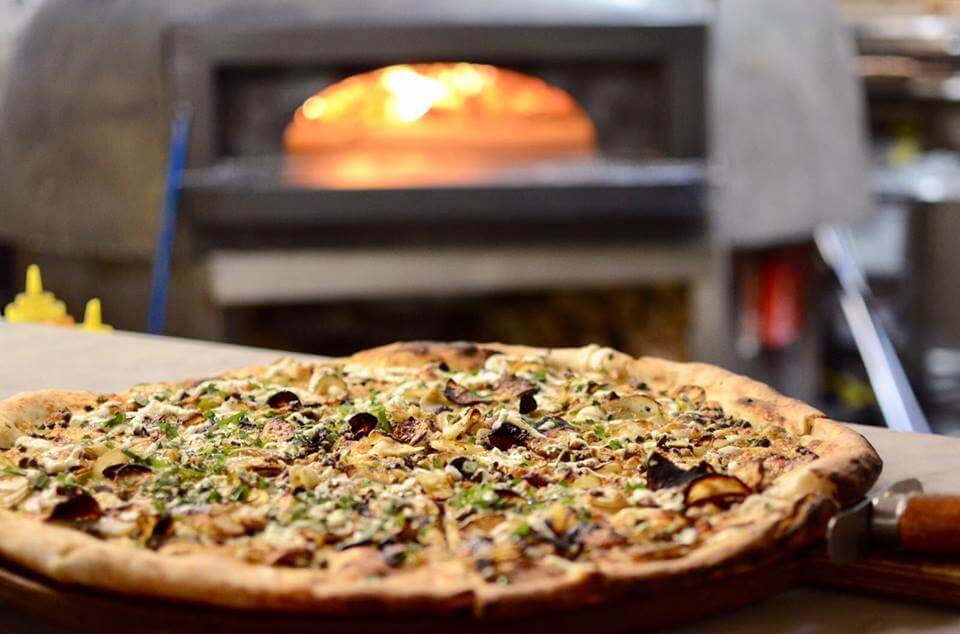 Star Dish: We were overcome with various emotions (largely sadness), when Homeslice took off their astonishingly good goat shoulder and sumac yogurt pizza, but the lamb shoulder and cabbage pizza which is now available, comes pretty close.

The Lowdown: The option to grab a slice or whole 20” pizza from Homeslice rounds off the Bloomberg Arcade offering with a versatile range of pizzas to suit all brunch tastes. Favourites include; chorizo, corn and coriander, butternut, kale and goat’s cheese, and the recent introduction of their first vegan pizza – kimchi, porcini cream and basil which has proved popular amongst hungry brunchers.