Food / Features / News / About Time: You Ate All The Sweet Rice

About Time: You Ate All The Sweet RiceBy Angelica Malin

I’ve been noticing rice pudding, rice porridge and rice teas around a lot, so I’ve decided to write about it. Because that’s the nature of digital journalism, right? Spot trends. Write about them. Hope to God people on Twitter don’t give you too much grief for them, hope you don’t slip up in conversation with ‘normal’ non-journalism people, and say something like “kale is so 2015”. Really. I think sweet rice is a thing. Here’s why, and what to buy: 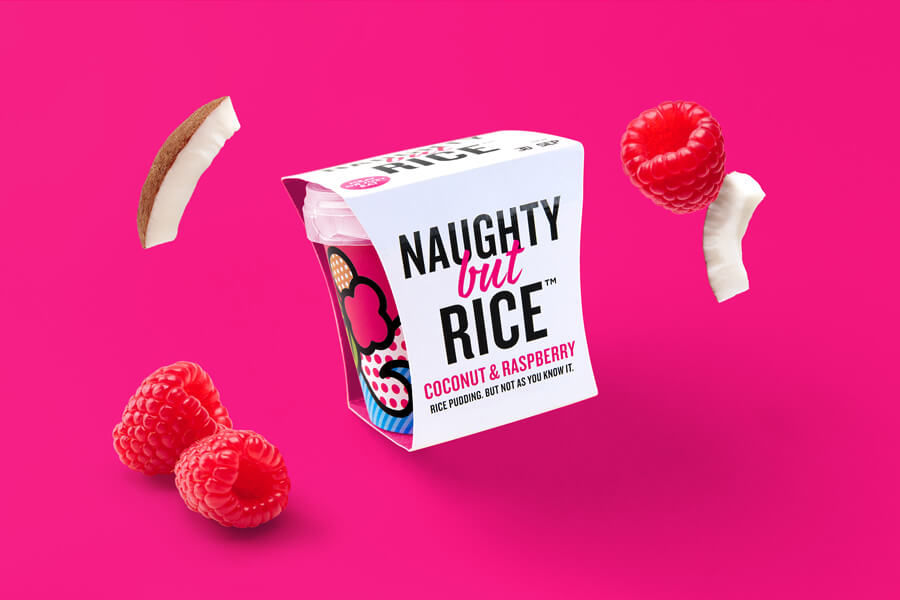 The Lowdown: Rice pudding rocks. But Naughty But Rice reckoned the classic rice pudding world was in need of a stir. They we took it upon themselves to zhoosh things up with a glorious range of fabulous flavours. First they simmer the pudding rice in whole milk and cream until perfectly soft. Then they get busy with the salted caramel, the coconut and raspberry or the chocolate orange. They bring you all the heart and soul of traditional rice pudding with a cheeky little twist – try it for yourself. 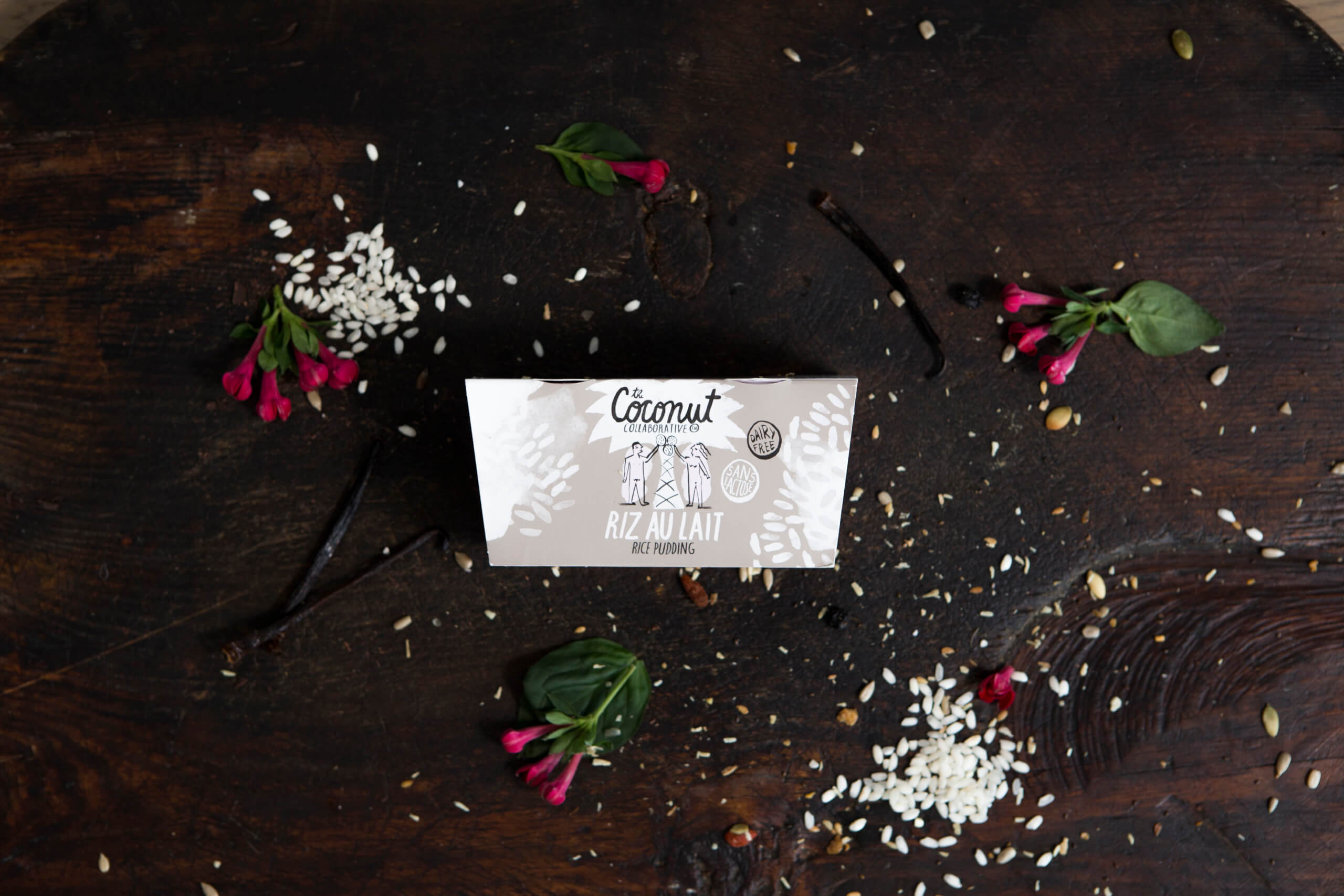 The Lowdown: The Coconut Collaborative are all about spreading the coco-love far and wide. Their range features coconut yogurts, as well as fantastic coconut ice cream. The Coconut Collaborative are launching a brand new range of desserts this week. Thanks to the powers of the coconut, not only do they have the health benefits of the milk they are made with, but they’re also  pretty good for you. Their rice pudding is a real treat – the creamy rice puddings are a blend of coconut cream and short grain rice offering a tasty but dairy free version of this family favourite. The dessert is free from dairy and gluten, but, mostly importantly, not from taste. 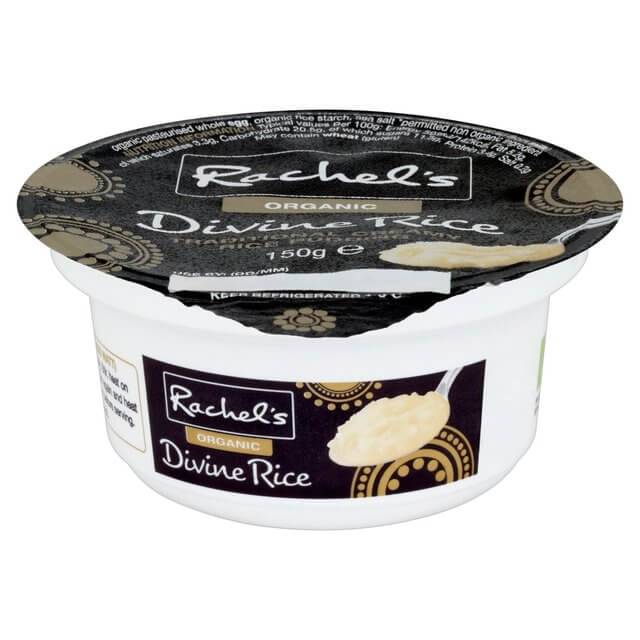 The Lowdown: Double the indulgence. Made from the very best organic milk, this delicious creamy traditional Divine Rice is slow cooked to give it its traditional creamy taste. Delicious eaten hot or cold and containing less than 5.5% fat, it makes dessert a course worth waiting for. Since Rachel’s began, they’ve been passionate about making utterly delicious dairy produce. All the products are made using the finest organic ingredients, the very best organic milk and nothing else to create the most sumptuous flavours. Win.

The Lowdown: There’s nothing Nopi can’t do well. In the morning, come to Nopi for the best breakfasts in town; their shakshuka is a thing of beauty, as are the fresh juices – try the kale, cucumber, apple and lime juice, it’s a winner. We love the beef brisket hash with gremolata and fried egg – it’s a serious dish, and one that will keep you going all morning. For porridge, try the black rice, mango, banana and coconut milk – this coconutty, sweet black rice dish is both gluten-free and vegan, and has a delicious exotic flavour. Nopi succeeds on so many levels; the atmosphere of the place is just laid-back and casually cool, perfect for dates and friend dinners alike. We love. 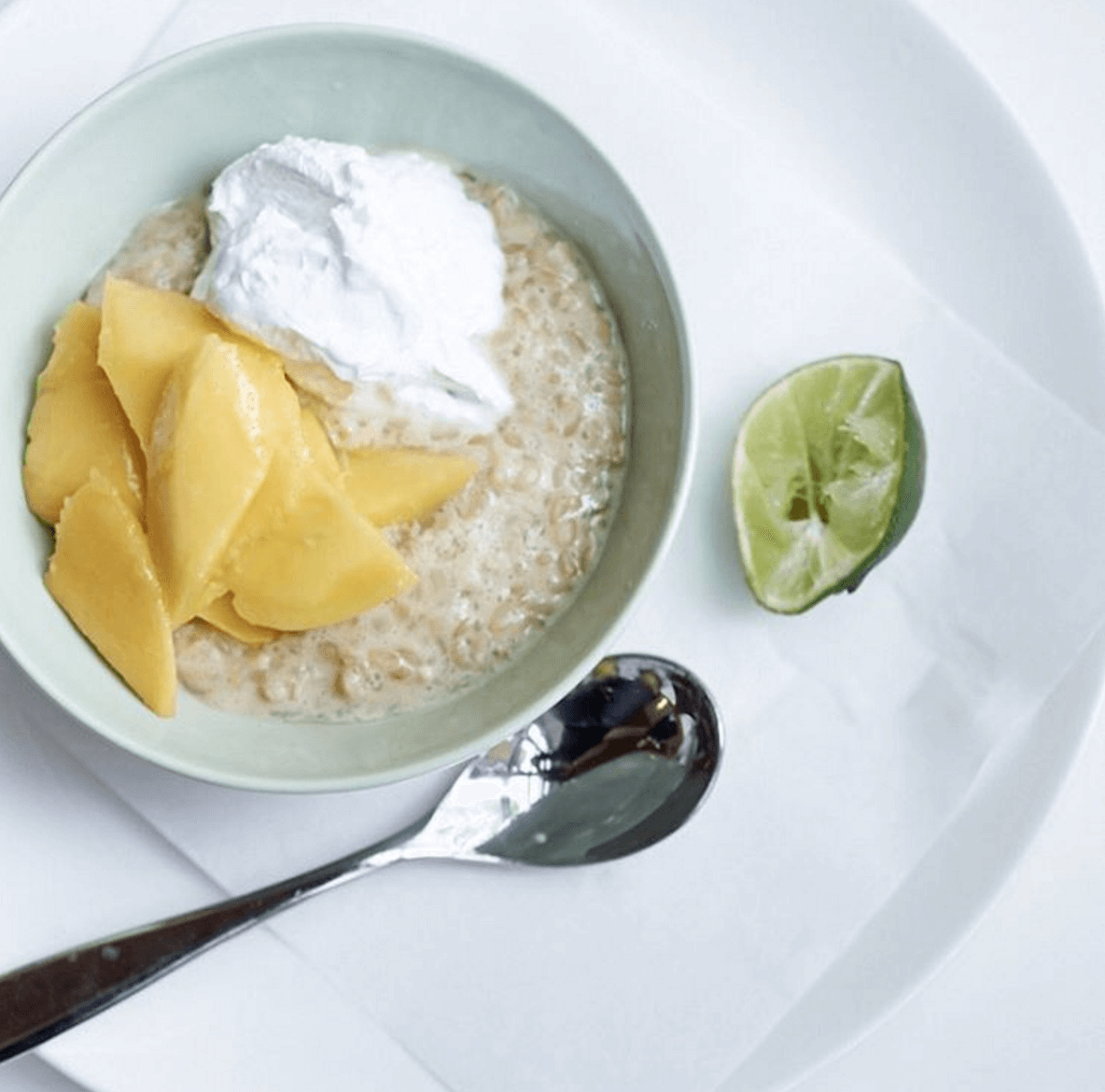 The Lowdown: Eclectic fare with an Australian flair, served in a simple setting with a sophisticated vibe, Granger & Co is awesome for breakfast. Their new menu features this great, unusual rice dish for breakfast – brown rice and sweet white miso porridge with dairy free coconut yoghurt and mango. It’s a bit like Thai sticky rice, but with a breakfast nudge. Weird and wonderful. They’ve also got almond milk chia seed pot with mango and coconut yoghurt, which is rather delicious, and toasted rye with avocado, lime and coriander if that’s all too much for you. 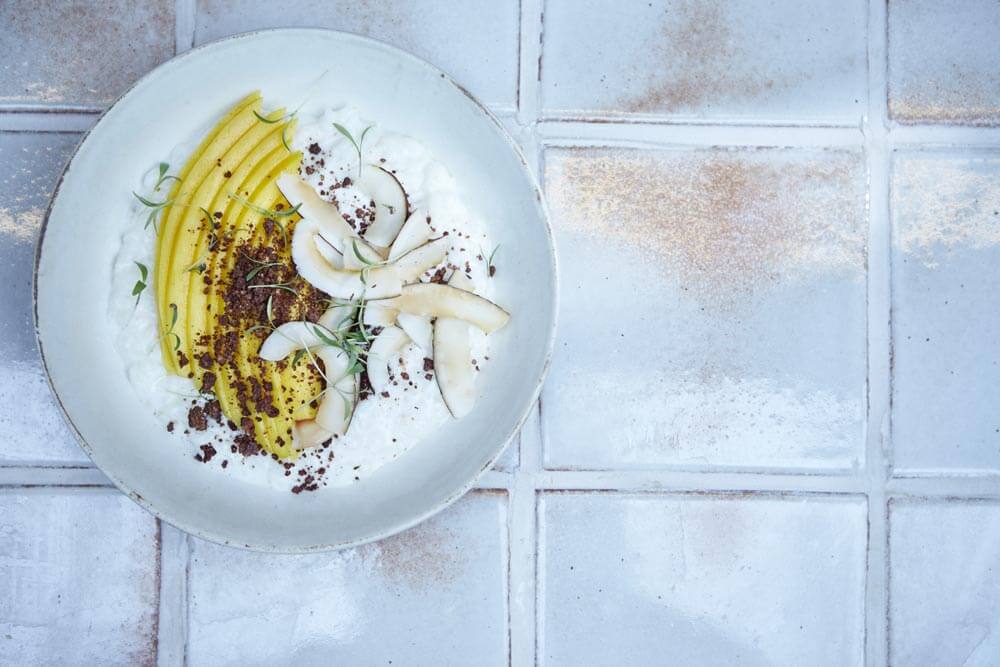 The Lowdown: Caravan now has this incredible new dessert on the menu – coconut rice, fresh mango and gingerbread crumbs. It’s a taste of everything that’s right with the world, with an exotic hit of mango and the unusual pairing of spicy ginger, which just works. You can’t go wrong at Caravan – everything on their menu is great. For breakfast, try the coconut bread, lemon curd cream cheese and rhubarb (have we said coconut enough yet?) and for dinner, you’ve got to sample their small plates – the River farm smoked scottish salmon with avocado, chilli ponzu and nori, and potato gnocchi with wild mushrooms, jerusalem artichoke cream and kale are both divine. Don’t leave without trying their pumpkin cheesecake – it’s amazing. 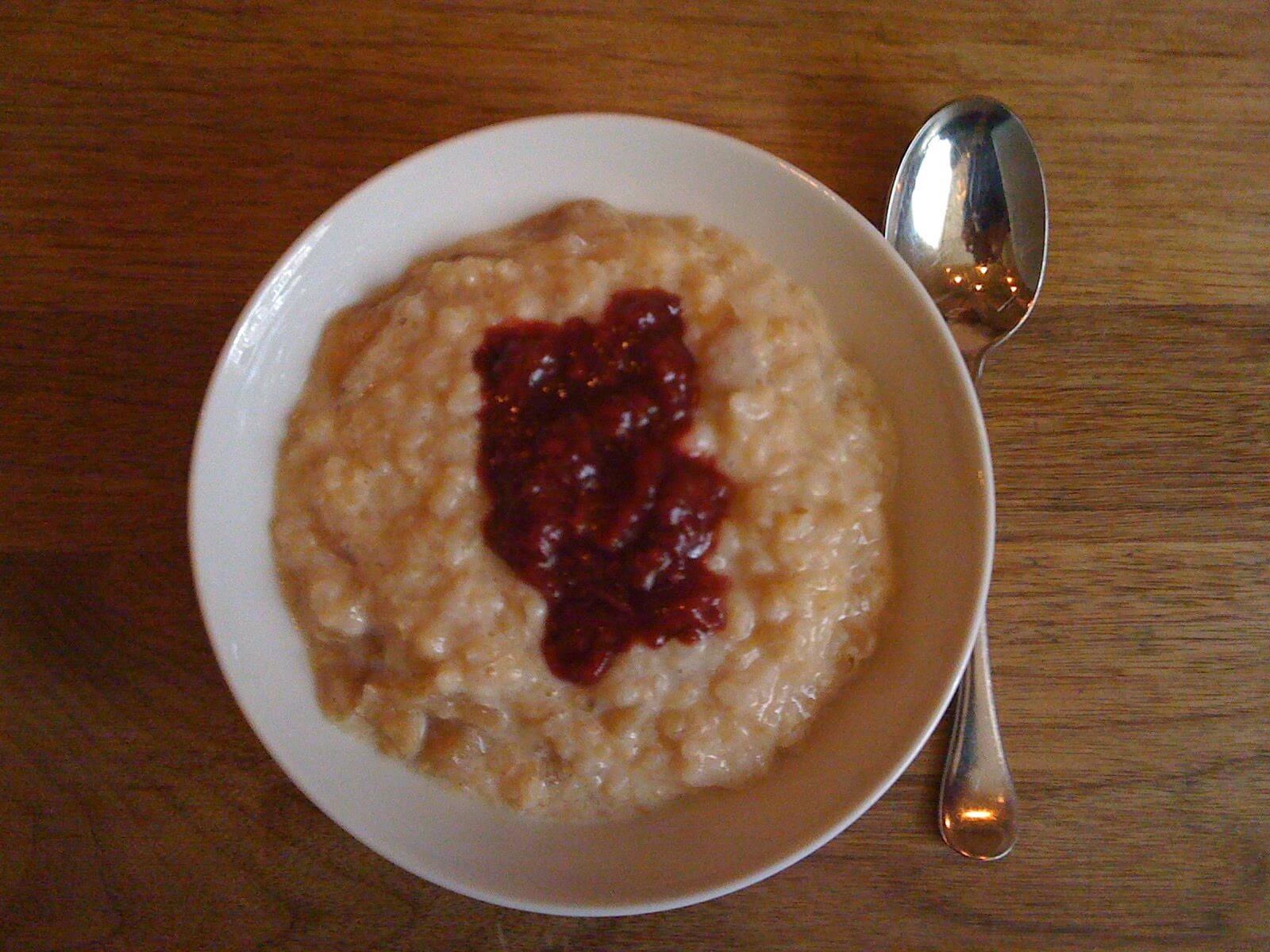 The Lowdown: Under the charge of Peter Gordon, the Executive Chef and Co-Owner of The Providores and Tapa Room, this all-day dining restaurant serves up fusion food, small plates and a New Zealand wine list to rival all else. This is also strangely tasty – brown rice, apple, maple syrup and miso porridge with tamarillo compote.The brunch menu at the Tapa Room isn’t your standard cereal and porridge, but exciting and interesting dishes including grilled sardines and roast tomato bruschetta, and sweetcorn and blueberry fritters, with avocado, pomegranate and rocket salad. Their turkish eggs is their standout dish – poached eggs in whipped yogurt, topped with chilli butter and served with sourdough. 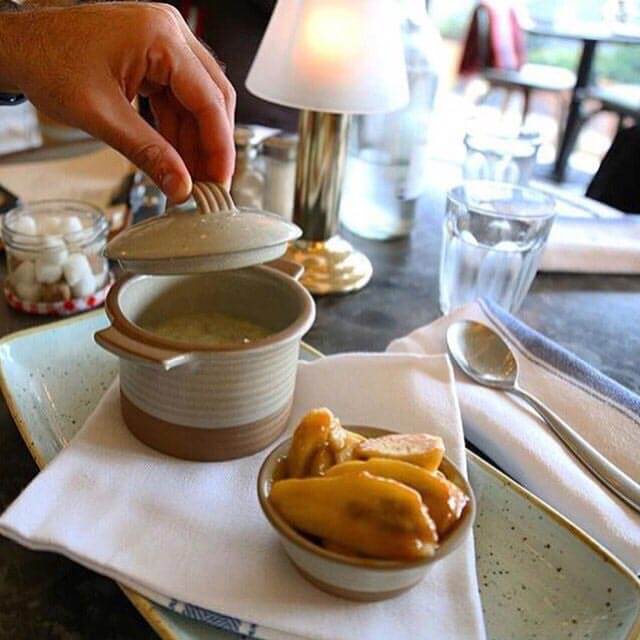 The Lowdown: Serving the best of British produce from forests, seas and wilderness, Forest is newly opened and we’re very excited about it. Enjoy seasonal comfort food, craft beers, wine and cocktails beneath the sky at this rooftop restaurant, away from the hustle and bustle of Oxford Street. Inspired by British spring forests, the menu includes Suffolk lamb and rosemary stew, Baked Cornish brie, Forest smoked salmon, chocolate forest and honey cheesecake as well as grilled meats and fish plus seasonal vegetable dishes. Their rice pudding features caramelized bananas, and we think that’s very cool indeed.