Food / Features / News / About Time: Why Fried Food is OK in Moderation

About Time: Why Fried Food is OK in ModerationBy Angelica Malin

We’ve all seen and heard the controversy that surrounds the consumption of fried foods. Nowadays we seem to be more health-conscious than ever, which means we’re starting to steer clear of fried foods. Unsurprising really when studies like this one posted by WebMD made the correlation of eating fried potatoes regularly with increased chances of early death. 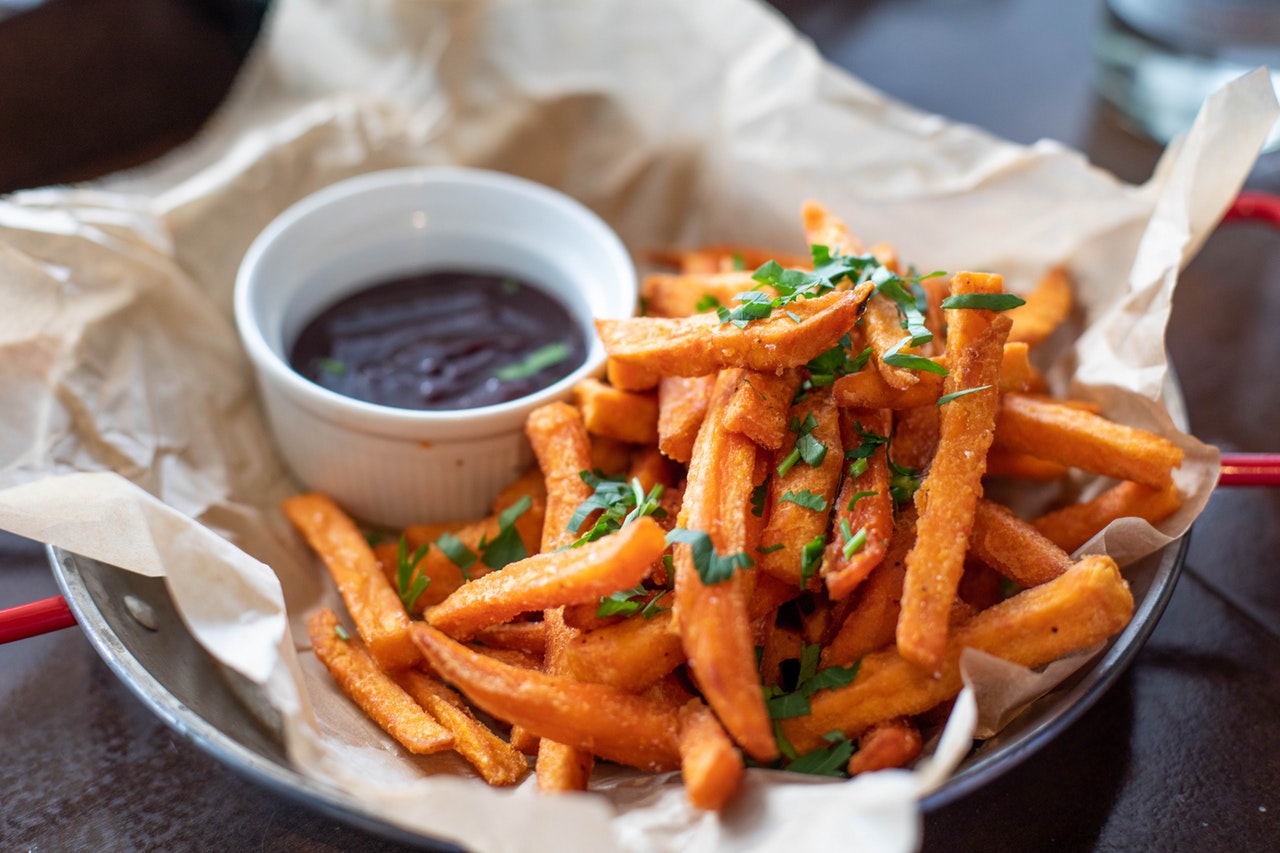 Nevertheless, despite such studies, fried foods aren’t actually as bad as people think. For every article or study we come across that suggests eating fried foods can cause a plethora of health complications there’s another one claiming the opposite like the study published by Food Chemistry that found that there were higher levels of antioxidants found in veggies such as potatoes when they were fried as opposed to sauteing.

So here are some reasons we found as to why having fried food as part of your diet isn’t all doom and gloom and can be OK in moderation.

It’s All About the Type of Oil

When we look at the Mediterranean diet, it’s considered to be one of the healthiest in the world. The Mediterranean people have a long life expectancy and are less susceptible to heart disease, yet their diet is pretty high in fat. Everything drizzled in olive oil to increase the flavour of their favourite dishes.

Through studying this diet, some experts have found that switching out the oil that foods are fried in, for example, from vegetable fat to olive oil, can make a huge difference and, as such, not be that bad for you at all.

Food That Is Fried in Clean Oil is Better

Clean oil means more nutrients in the oil itself. If you leave the oil in a fryer for too long without replacing it, it loses its nutritional value and can taste pretty disgusting. When purchasing a fryer, you’ll find that the best quality ones will come with built-in oil filters for improved cleanliness of the oil and to prevent odour.

Correctly Draining Fried Food Will Save a Boat Load of Calories

How many of you are guilty of scooping something straight out of the frying pan on to your plate, or, even worse not letting your chips drain properly when you lift the basket? If you’re only eating your favourite fried foods as a once a week treat you may “forget” or simply decide not to bother with getting rid of the excess oil on your food but doing so could be so much better for you.

Once your food is drained of oil use a paper towel to dab it a little until there’s no excess residue. Your heart will thank you for it and it won’t be as bad having that occasional fried treat as you’re getting rid of the excess!

Air Fryers Are Now a Thing

So this isn’t frying in a traditional sense but allows you to enjoy some of your favourite fried food such as chips and chicken parmo without actually having to absorb all that fat. Air fryers act a little bit like a convection oven circulating hot air through them to cook your food. Some people even prefer the taste to traditional fried foods and you’ll feel less guilty if you switch out your weekly chippy for an air fried version with breadcrumbed fish rather than batter.