In need of some foodie inspiration? We’ve got the lowdown on eight things you need to eat in London this week, from vegan afternoon tea to delicious doughnuts. Here’s the latest, delectable news in the capital:

1. For a New Coffee Spot: JOLT 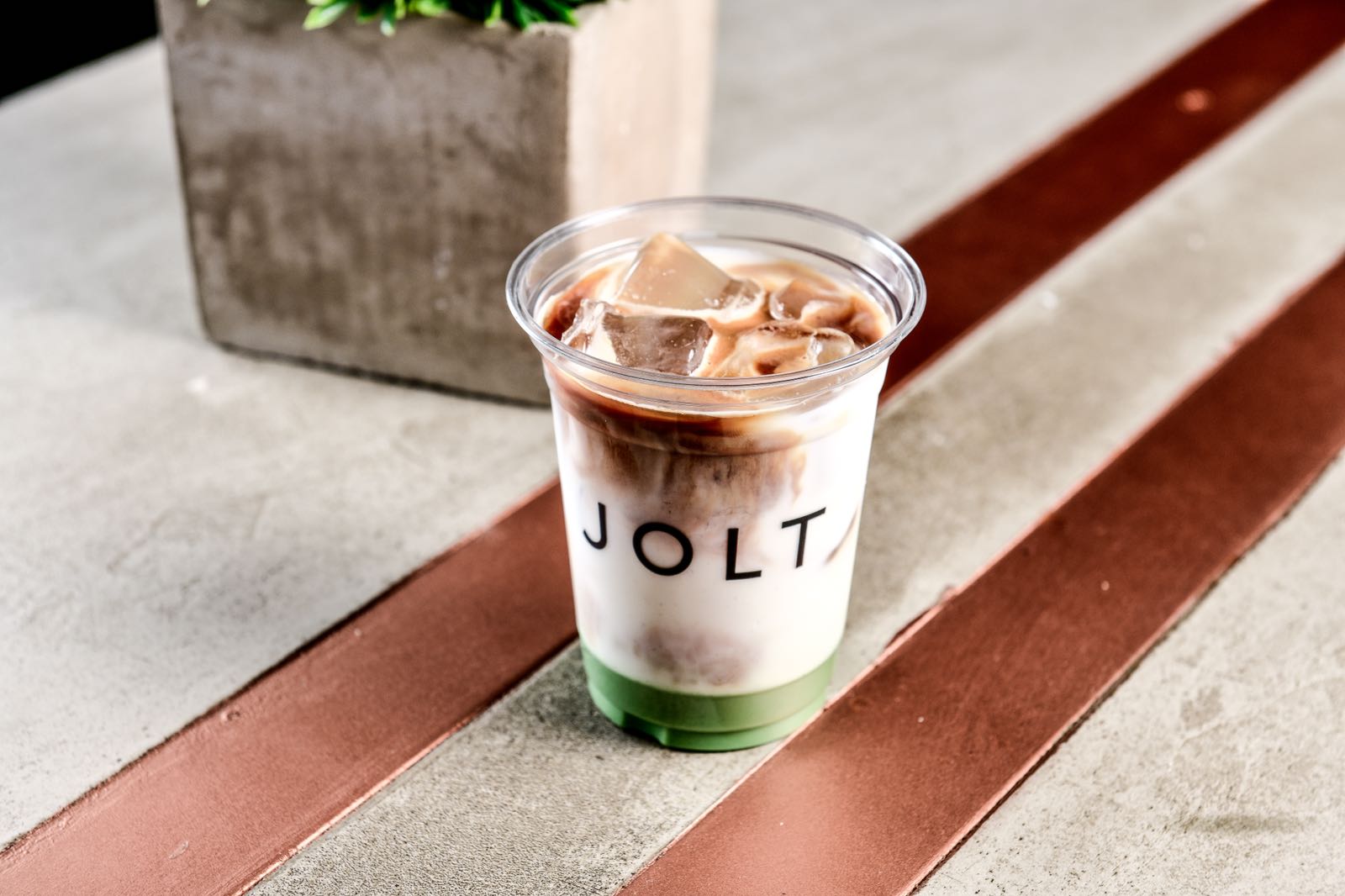 The Lowdown: Their menu showcases hot and cold drinks using an exclusive selection of single-origin beans and blends, roasted locally at Nude. Alongside classic coffees, you’ll be able to enjoy “Spanish lattes” – coffee marbled with condensed milk, and pistachio lattes, masterfully blended to complement their espresso base. JOLT’s signatures will be “black ice”, where cubes of frozen coffee melt under hot milk, and refreshing cups of cold brew and tonic. A modern sanctuary, steps away from the mania of Oxford Street, JOLT is set to become one of the capital’s most exciting new coffee destinations.

2. For a Colour Festival: Cinnamon Kitchen 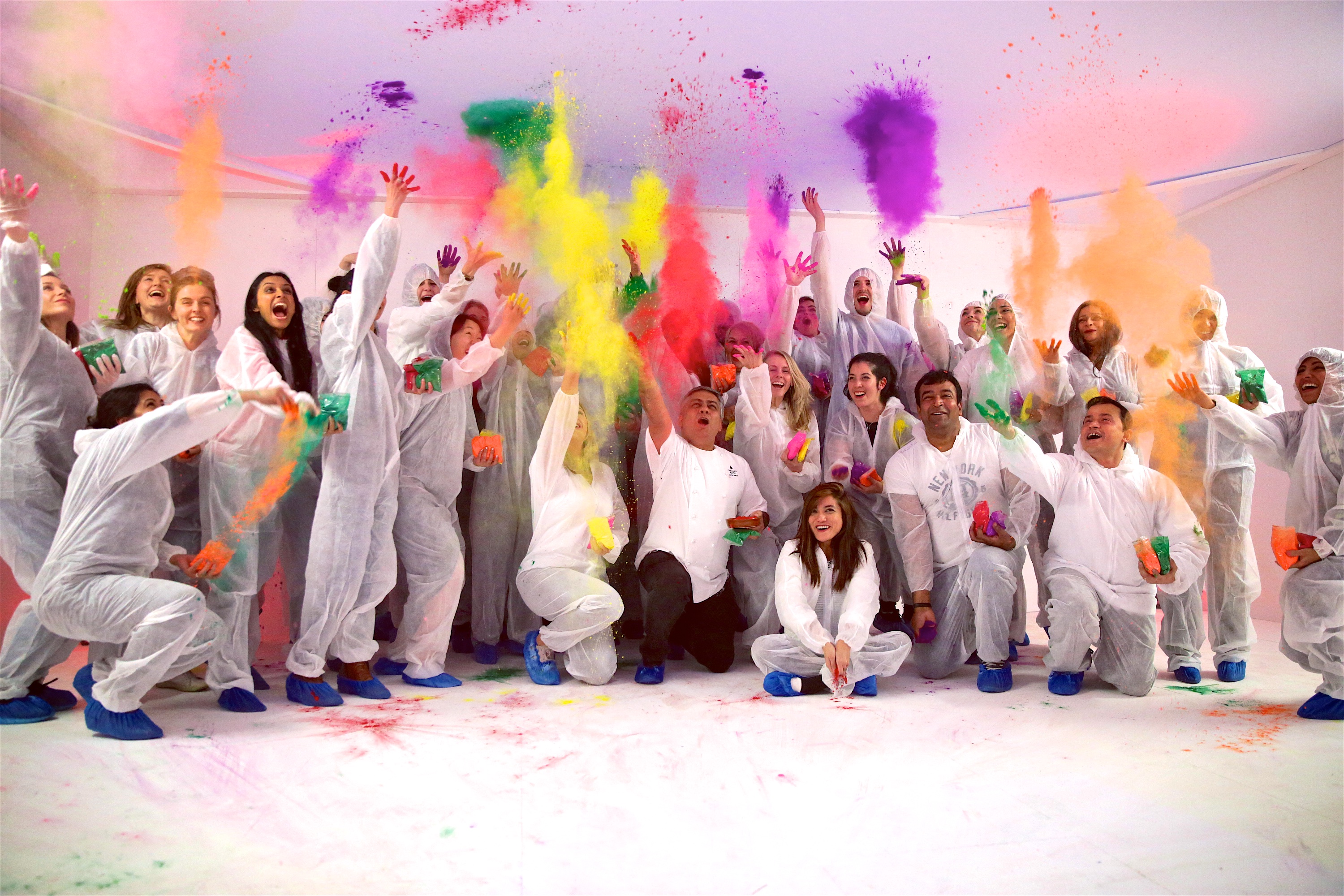 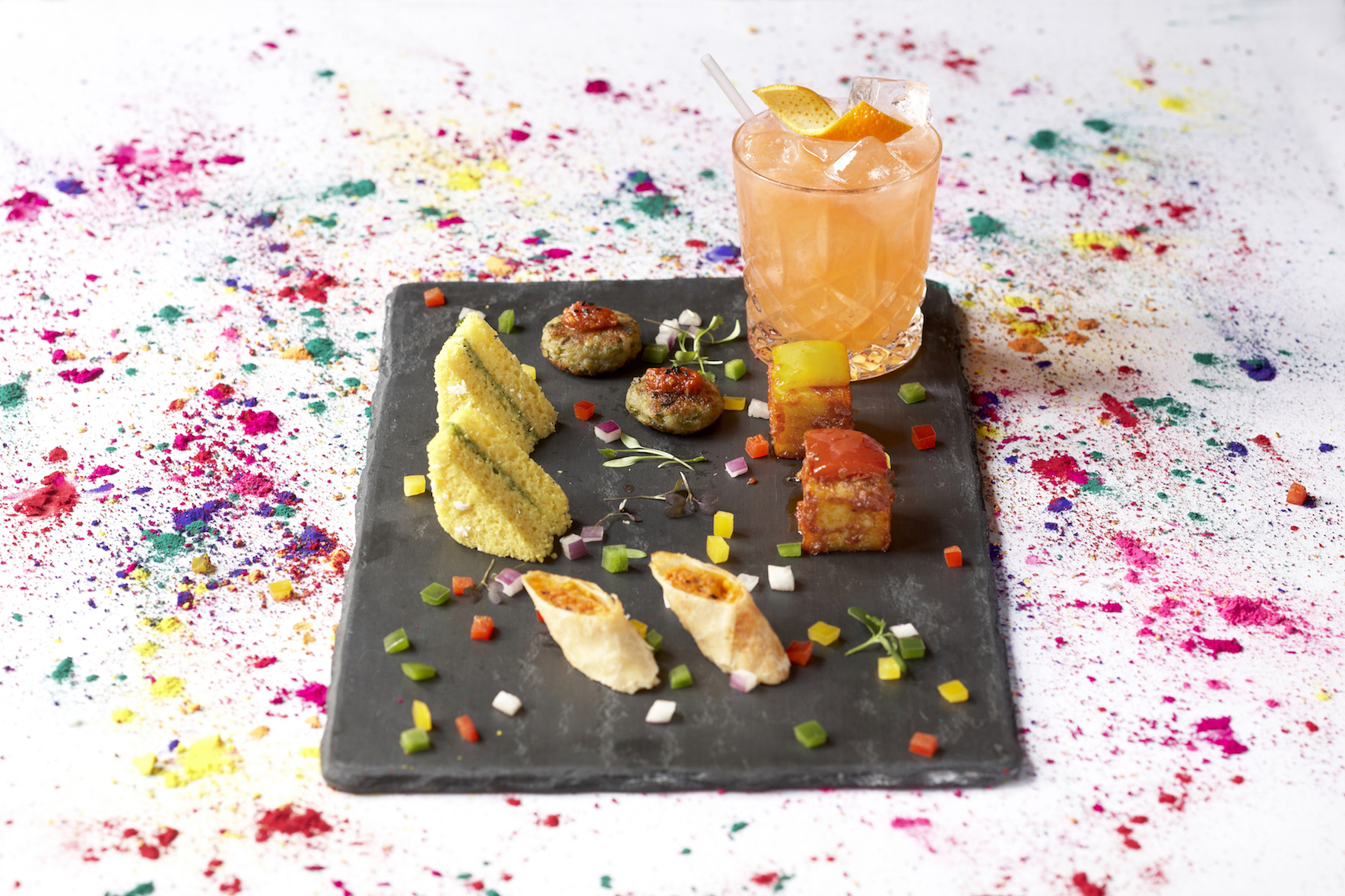 What: House of Holi is returning to Cinnamon Kitchen City in Devonshire Square for its fifth year running from Wednesday 6th March-Thursday 21st March.

The Lowdown: Leave the drab and dreary City at the door, don your protective white suits and step into the madness at the House of HOLI for 30 minutes of paint pelting friends, family and colleagues to mark the renowned Indian Festival of Colour. 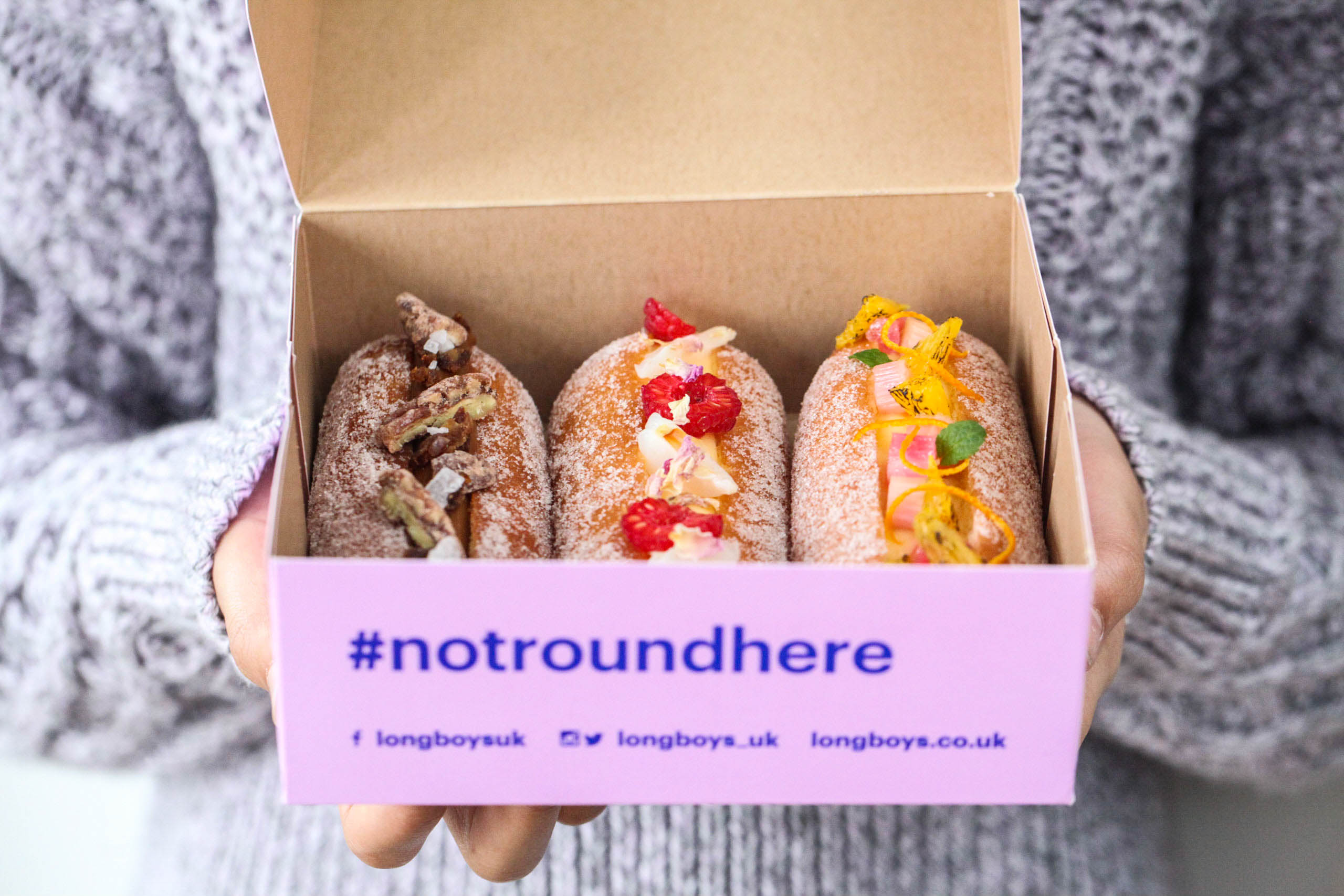 What: It’s about time you tried Longboys – a new brand of doughnuts that’s going to rock your world.

The Lowdown: Their passionate founders have an impressive pedigree – ex Executive Pastry Chef at the Mandarin Oriental, and ex Group Pastry Chef at Hakkasan international. Expect flavours which are fresh, delicate and original, with flavour combinations like raspberry, rose and lychee, and peach compote, lemon verbena cream and toasted almonds. We’re in.

4. For a Blossom Festival: Mei Ume 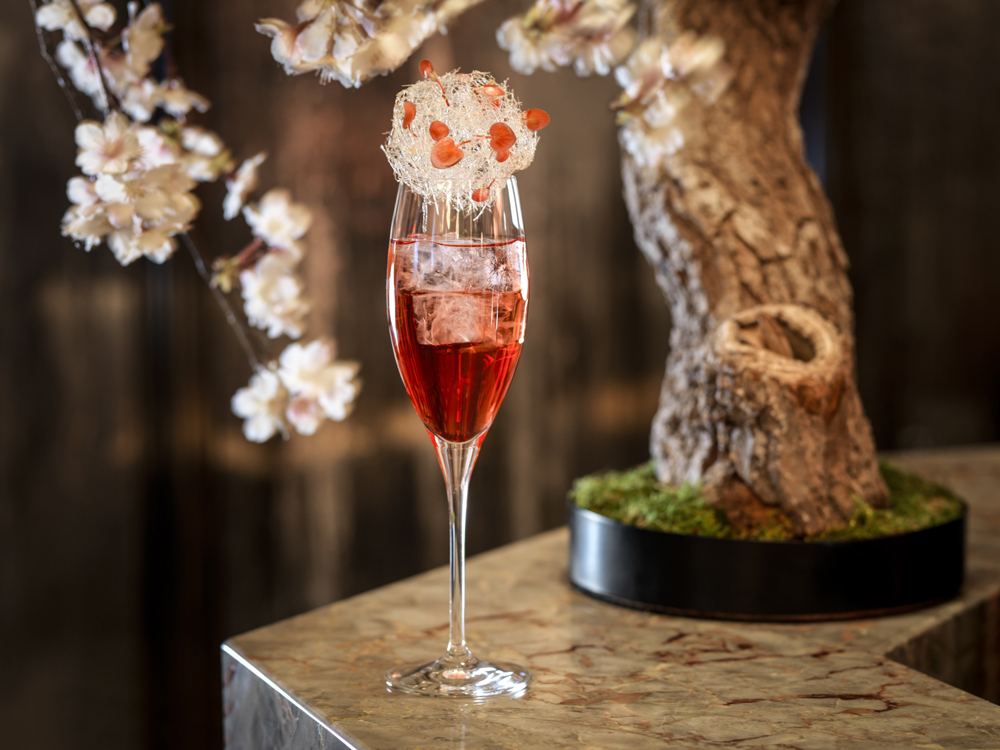 What: Hanami, the spring cherry blossom festival, is starting at Mei Ume this week. Get your Instagram at the ready, this is one photo opportunity you don’t want to miss.

The Lowdown: This spring, Mei Ume at Four Seasons Hotel London at Ten Trinity Square is celebrating the centuries-old custom of Hanami and the start of the cherry blossom season. The restaurant and bar is going to be transformed with elaborate cherry blossom inspired décor from 11th March until 22nd April and a special a la carte Japanese menu will be available during this period. 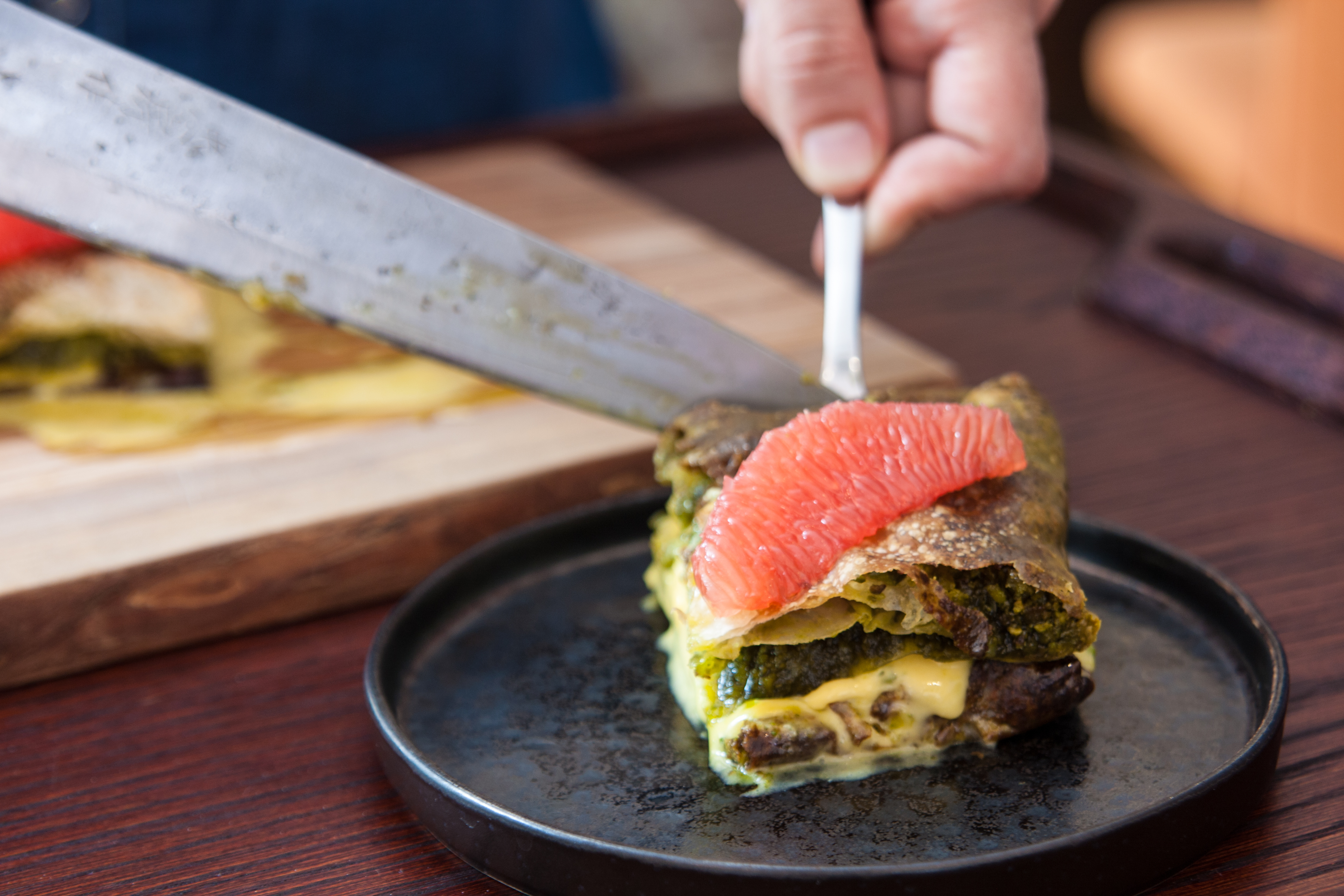 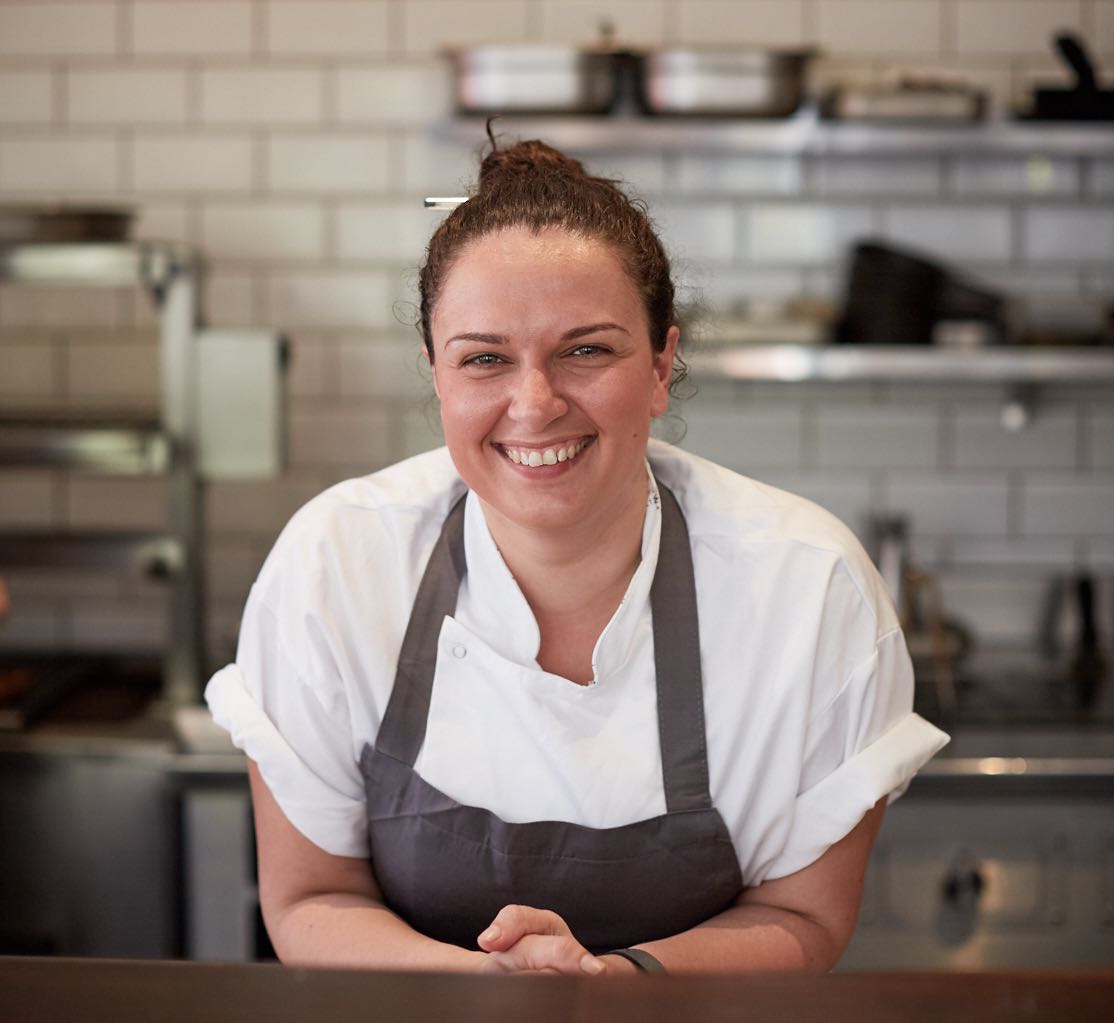 What: The team at Gridiron by COMO, has just announced a collaborative dinner with celebrated chef Selin Kiazim, as the first of the “Gridiron Guests”, a series of special dinners, planned throughout the year.

Price: Tickets are £65 pp to include 4 courses and matched wine to be paid at time of booking. Menu without wine priced at £40 for 4 courses and non-alcoholic cocktail. Full menu and pairing below. Sittings start at 6pm with last sitting at 10pm. Tickets can be bought here. 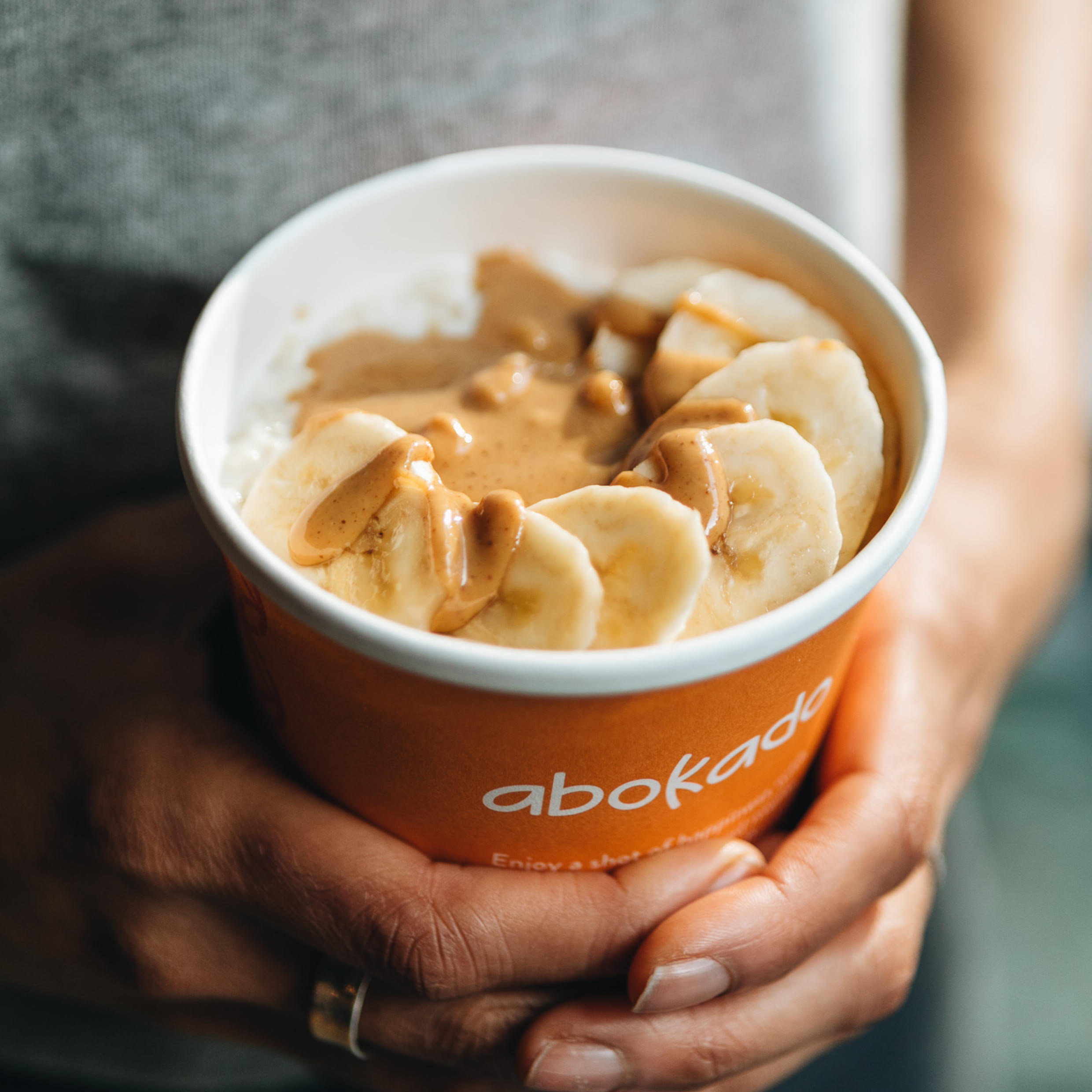 What: Looking for a new breakfast option? Head down to Abokado for their brand new, delicious porridge offering.

The Lowdown: Abokado’s Better Breakfasts campaign features three brand new, deliciously creamy porridges. Pimp your porridge with the choice of 3 toppings: Pip & Nut coconut & almond butter with banana (vegan), honey and banana and superseeds & berry compote. We like ours nutty and topped with banana, because we’re big kids at heart.

7. For Vegan Afternoon Tea: by CHLOE. 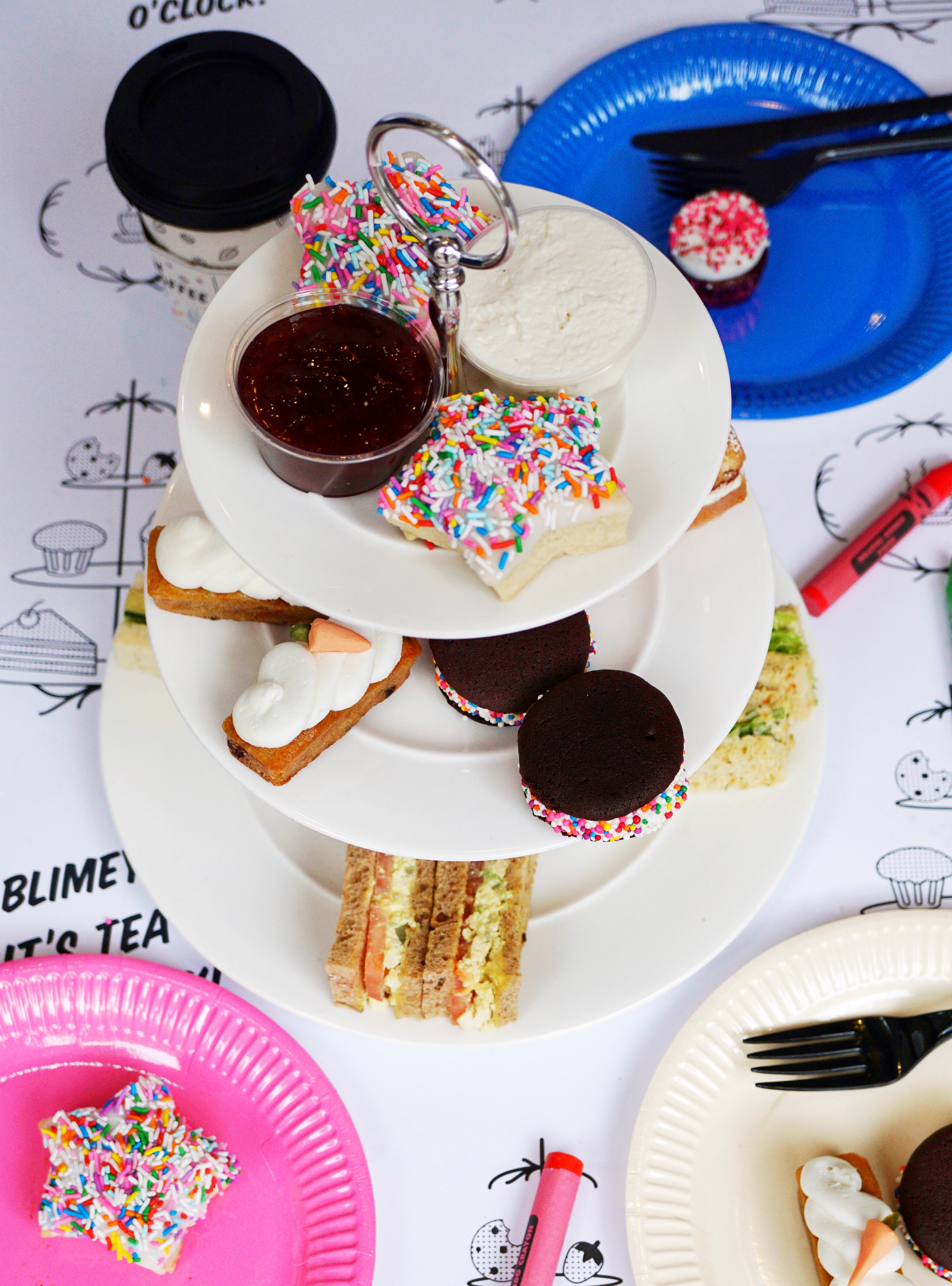 What: Looking to treat your vegan pal? by CHLOE. has an exciting launch: a British inspired, totally vegan Afternoon Tea including Tuna Salad, Egg Salad and Smoked Salmon sandwiches, Victoria Sponge, Carrot Cake and Scones, all of which are made using plant-based ingredients.

The Lowdown: The tuna is made from chickpeas, onion, lemon, parsley and capers, Egg Salad is a two-part process using tofu creating the familiar creaminess where mayonnaise is typically added and Smoked Salmon is prepared by marinating tomato filets in olive oil, seaweed and smoked chipotle. Cake sponges, scone dough and creams have all been made using special flours, egg-replacements and coconut. It’s like magic.

Price: The tea launches on March 7th and is priced at £20 per person.

8. For a Capricciosa: Pizza Pilgrims 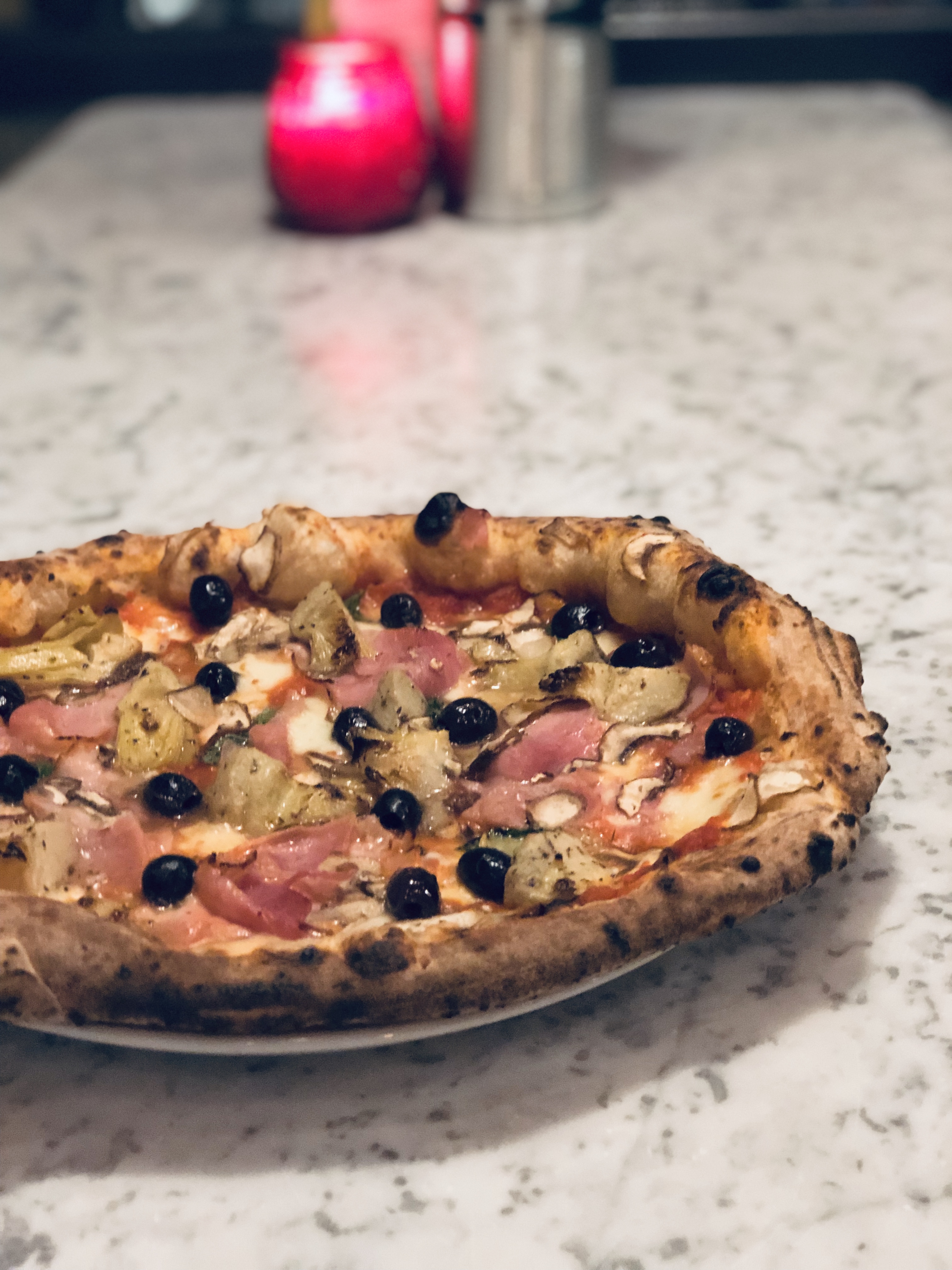 What: The chefs at Pizza Pilgrims bring their own signature style to the classic Capricciosa, with finely sliced roast Italian Prosciutto, salty baby black olives, chestnut mushrooms and bringing another level of flavour – smokey artichokes.

The Lowdown: The new dish joins the first new menu Pizza Pilgrims has had since the restaurant’s opening in 2013 – featuring the amazing ‘Bread Zepplin’ – its take on a traditional garlic bread – puffed up, indulgent and dripping in garlic olive oil.

When: Available until Wednesday 20th March, at all Pizza Pilgrims locations, for the price of £12.