We’ve searched high and low for the best food you should be eating this week. We’ll tell you this now: you will not be disappointed. Happy eating, London: 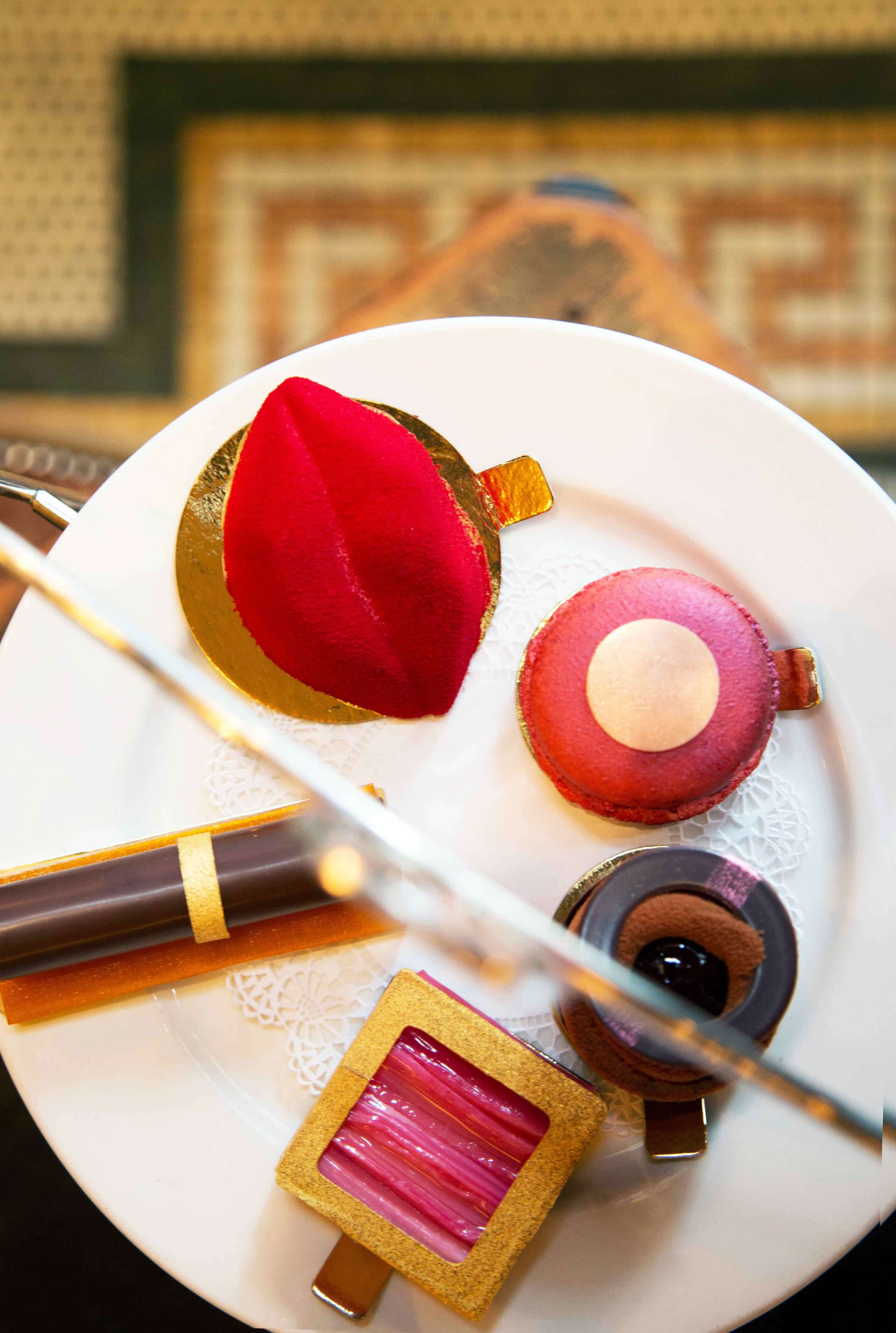 What: This year, Bobbi Brown Cosmetics will be celebrating its 25th anniversary as one of the leading beauty brands in the world. To coincide with this, Bobbi Brown and Balthazar have partnered to present one of the most unique Afternoon Tea experiences available in London – an exquisite afternoon of food devoted to iconic make up must haves. 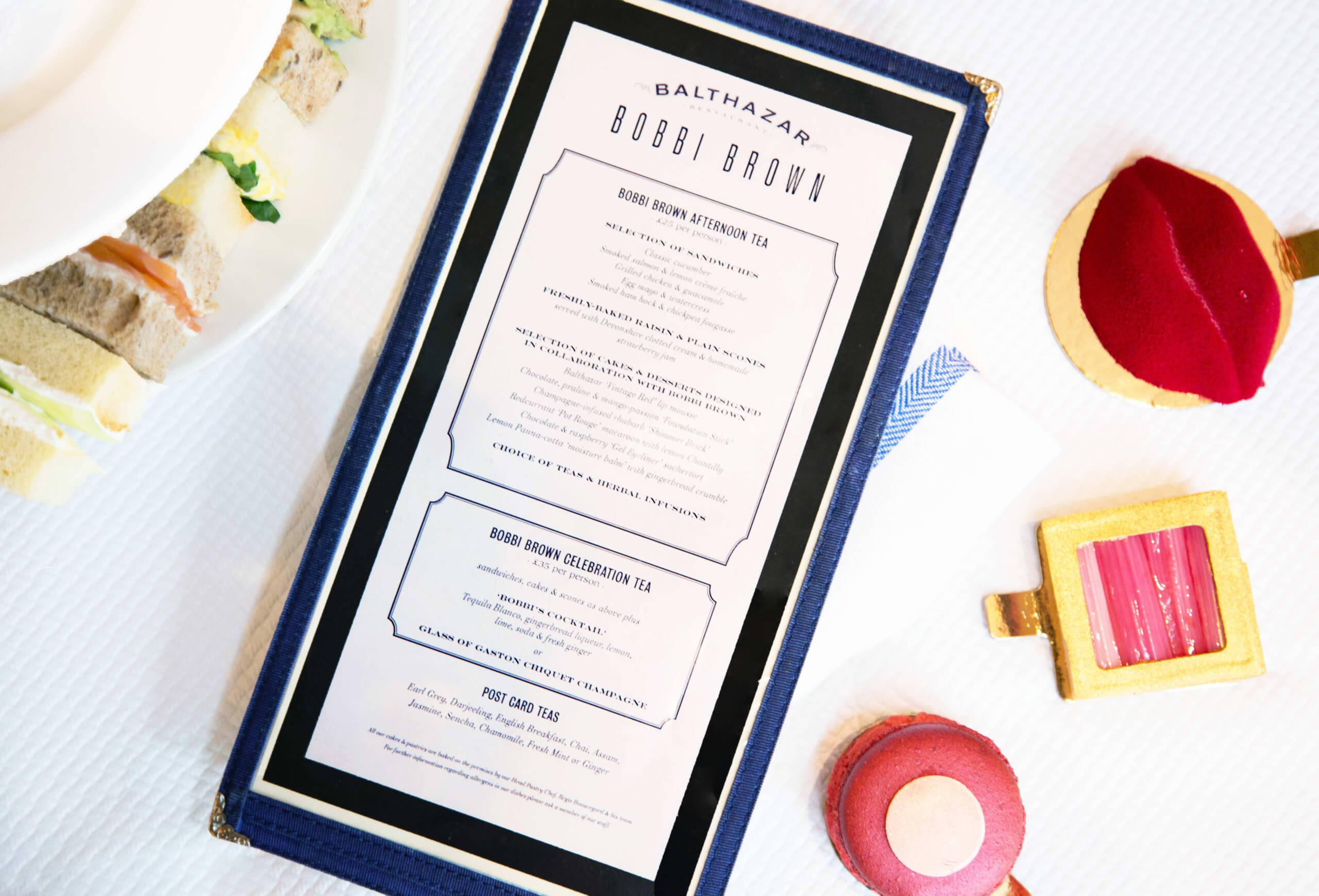 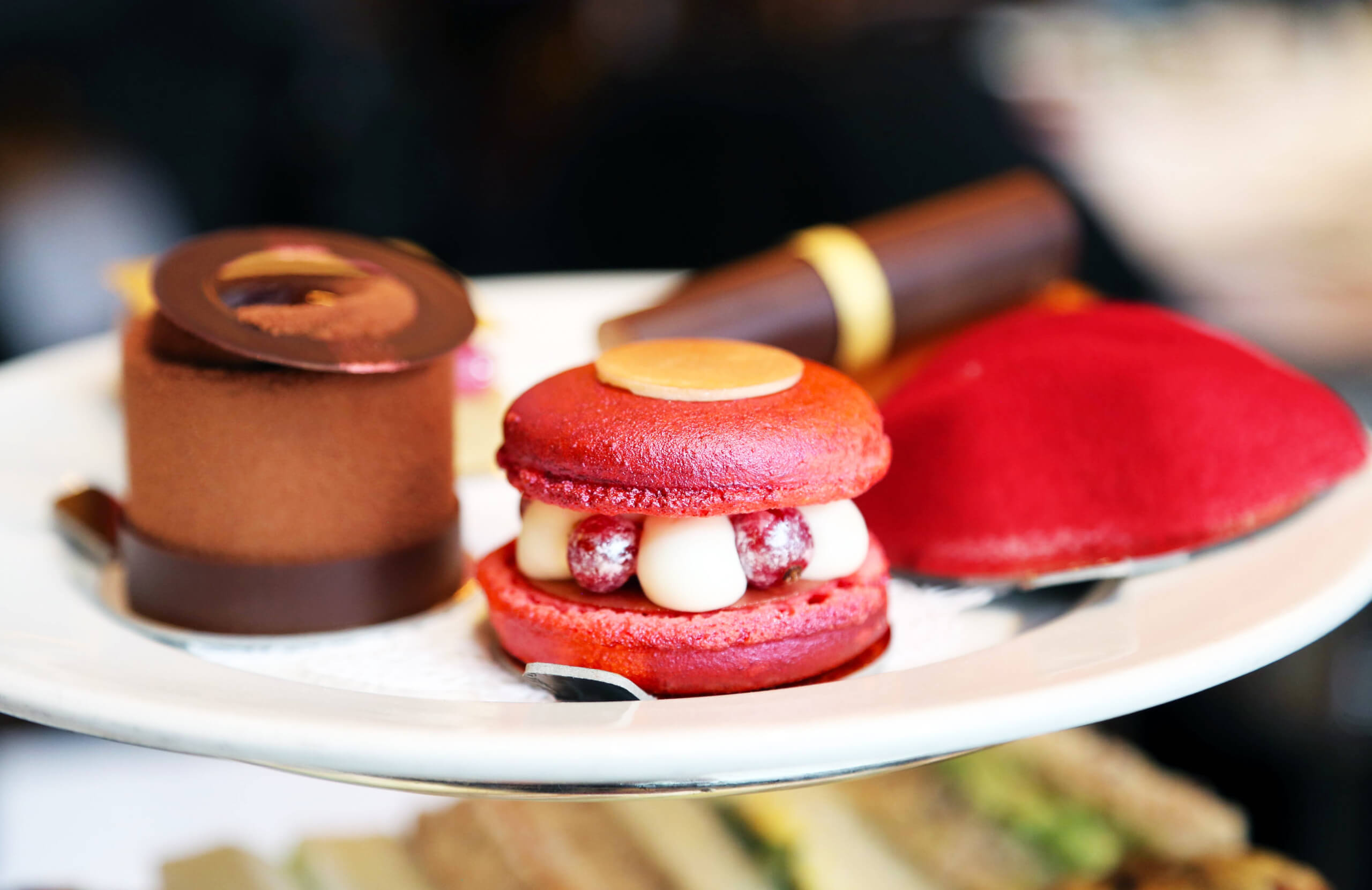 Why: Classic cakes have been replaced with confections modelled on the most popular products from the Bobbi Brown range. A rich chocolate and sharp blackberry sachertort mirrors the Long-Wear Gel Eyeliner, Shimmer Bricks are given extra sparkle with champagne-infused rhubarb with orange and ginger cream, and redcurrant and lemon posset macaroons are transformed into the Pot Rouge For Lips and Cheeks. The iconic Skin Foundation Stick is a shortbread cake made with mango-passion fruit consommé topped with praline mousse encased in chocolate, with the limited edition ‘Vintage Red for Balthazar’ Lip Color a vanilla and rosewater mousse with financier sponge.

2. For a Leap Year Special: Leon 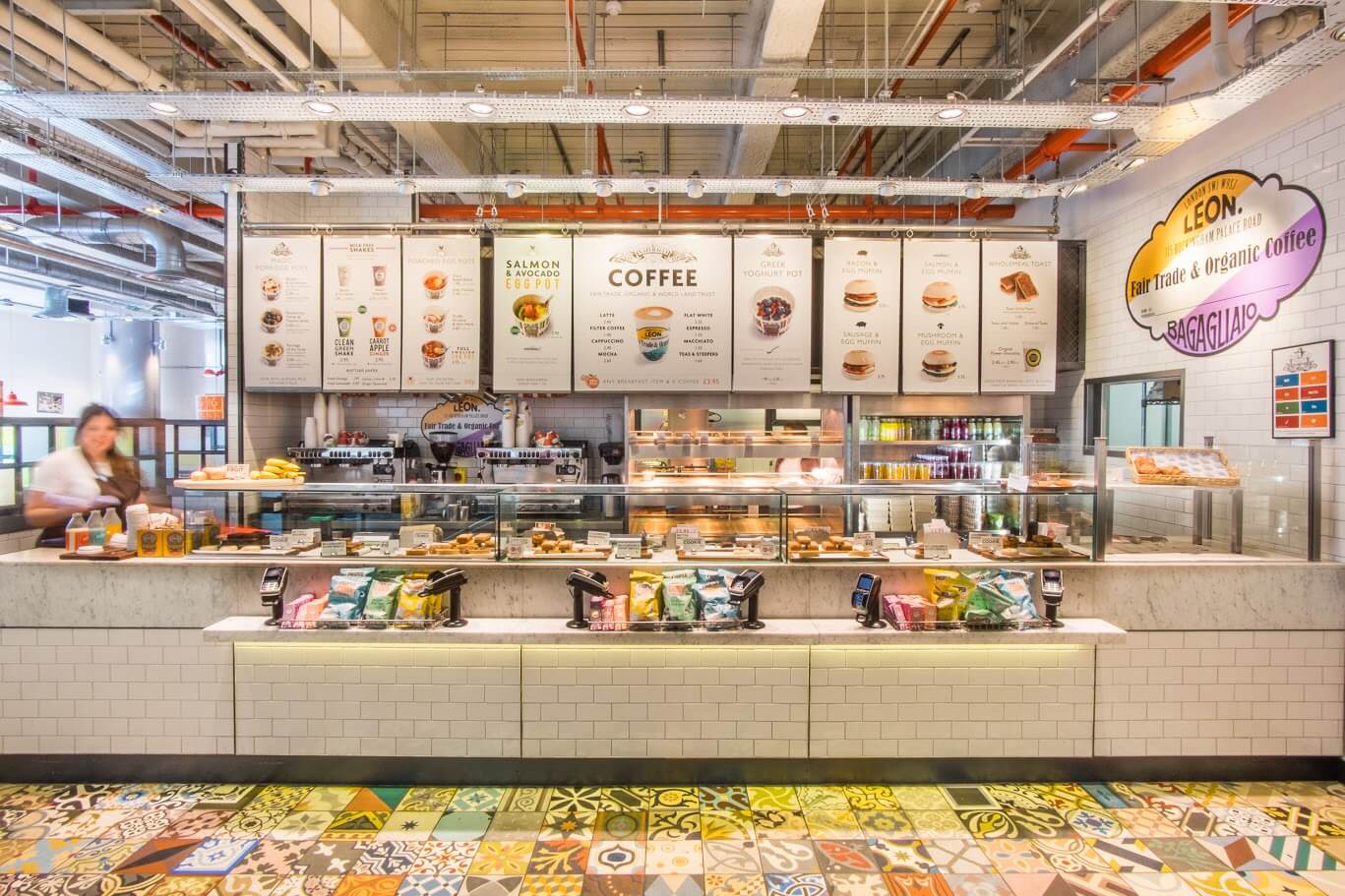 What: Leon are opening their brand spankin’ new restaurant by Fenchurch Street Station this week. To celebrate they’re rolling out a special giveaway to everyone who comes in today (29th) that has a Leap Year birthday. All Leap Year babies will get as much as they can eat for free and a LEON cookbook on the house. Win. 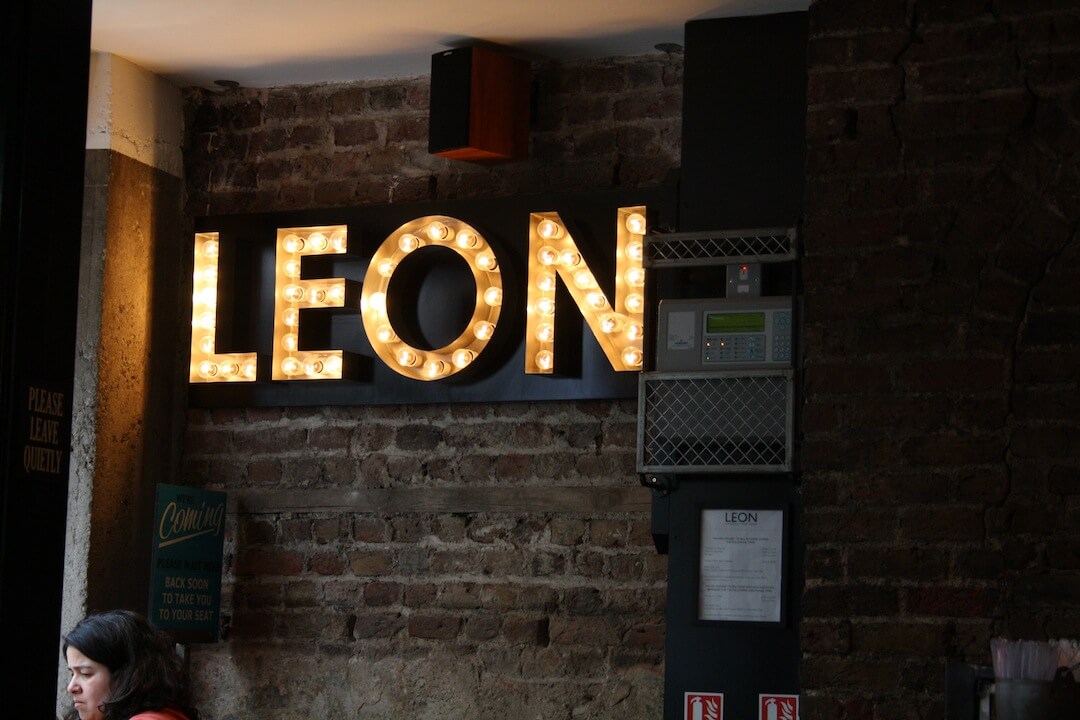 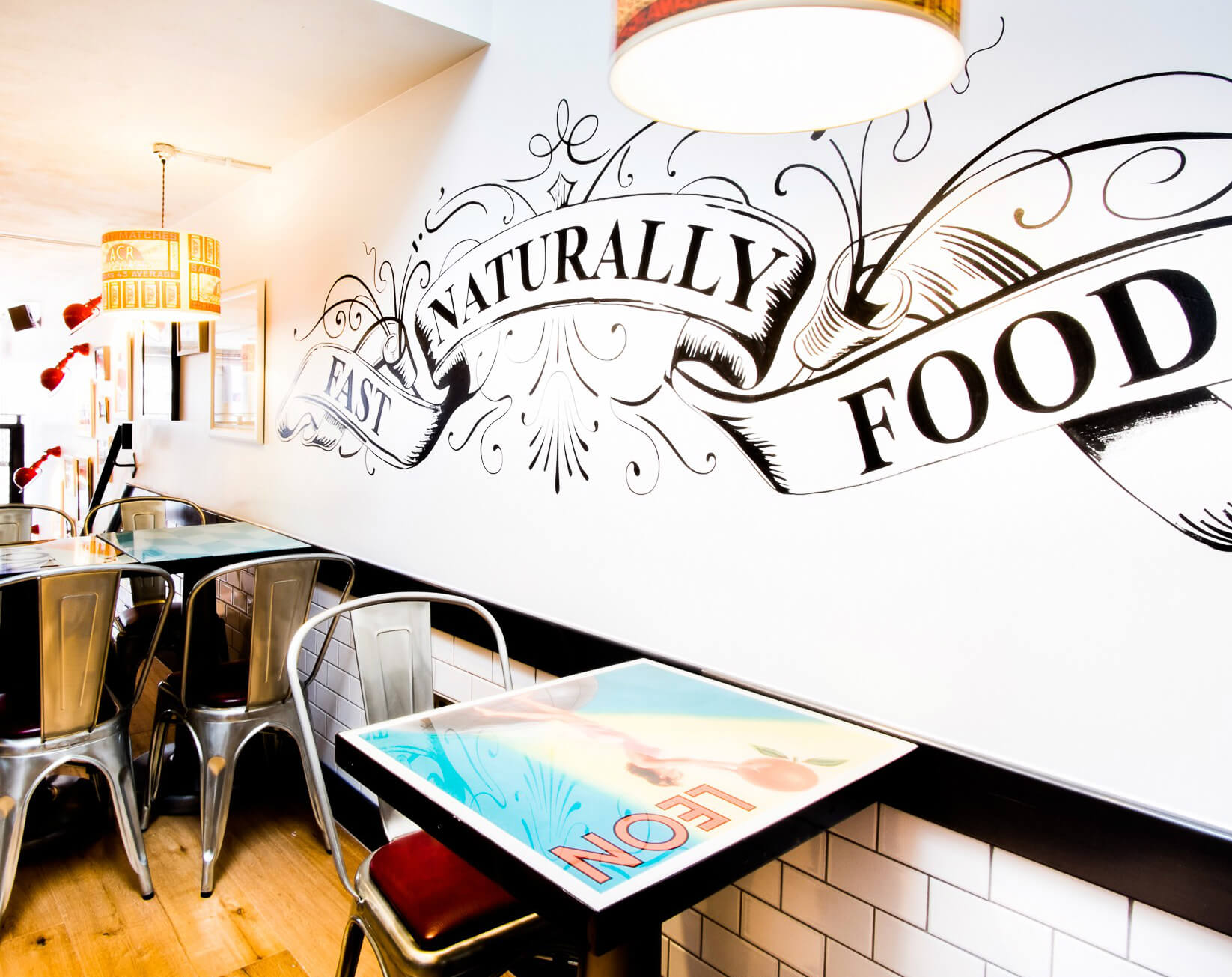 Why: The Leon menu brings together different themes including plant based goodness, protein power, slow-burning carbs, good fats and healthy versions of indulgent classics. The menu includes a range of tasty items such as; the rainbow roasted vegetable salad, Thai green curry and the chocolate shake which is now naturally sweetened by dates, and it’s good for you not only on the outside, but the inside, too. The original superfood salad has been given a makeover and is packed with even more greens and good fats. Power to the plants.

3. For a New Opening: Dickie Fitz 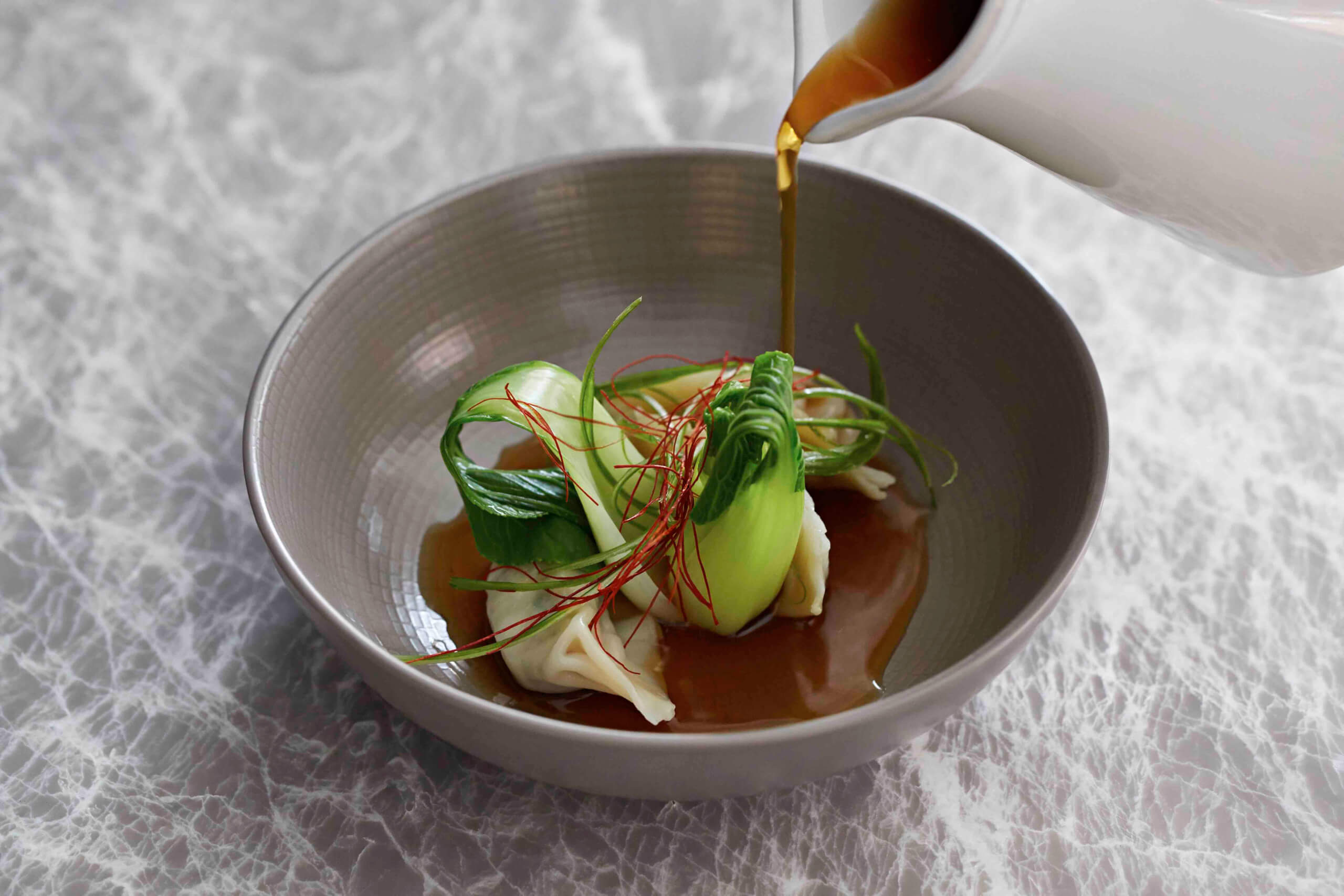 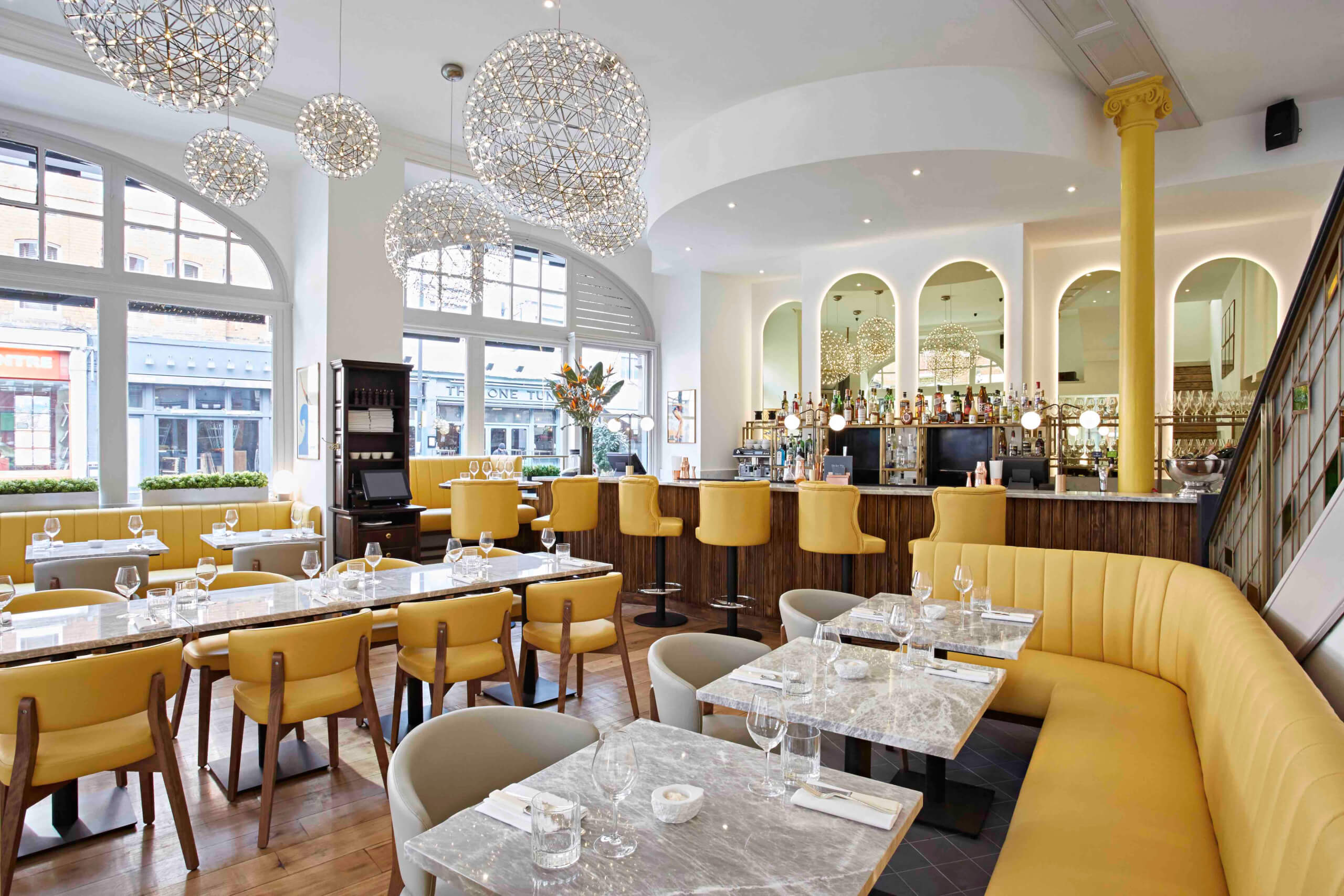 Why: Dickie Fitz’s breakfast bowls take a seriously fresh approach to the first meal of the day. Highlights include; generous lashings of maple roasted nuts, grains, seeds, fresh fruits and berries scattered on and buried in Greek yoghurt, as well as zucchini fritters, and a banana bread that’s slathered in buttermilk ricotta and honey. But it’s the à la carte that brings the Dickie Fitz menu truly into its own. Starters include Culatello ham on the slicer, and sea bass carpaccio and blood orange. Dinner also features some big-hitting marine numbers such as, turbot t-bone with yuzu hollandaise, and lobster with wild garlic and chilli from the Robata Grill.

4. For Meat: The Blues Kitchen 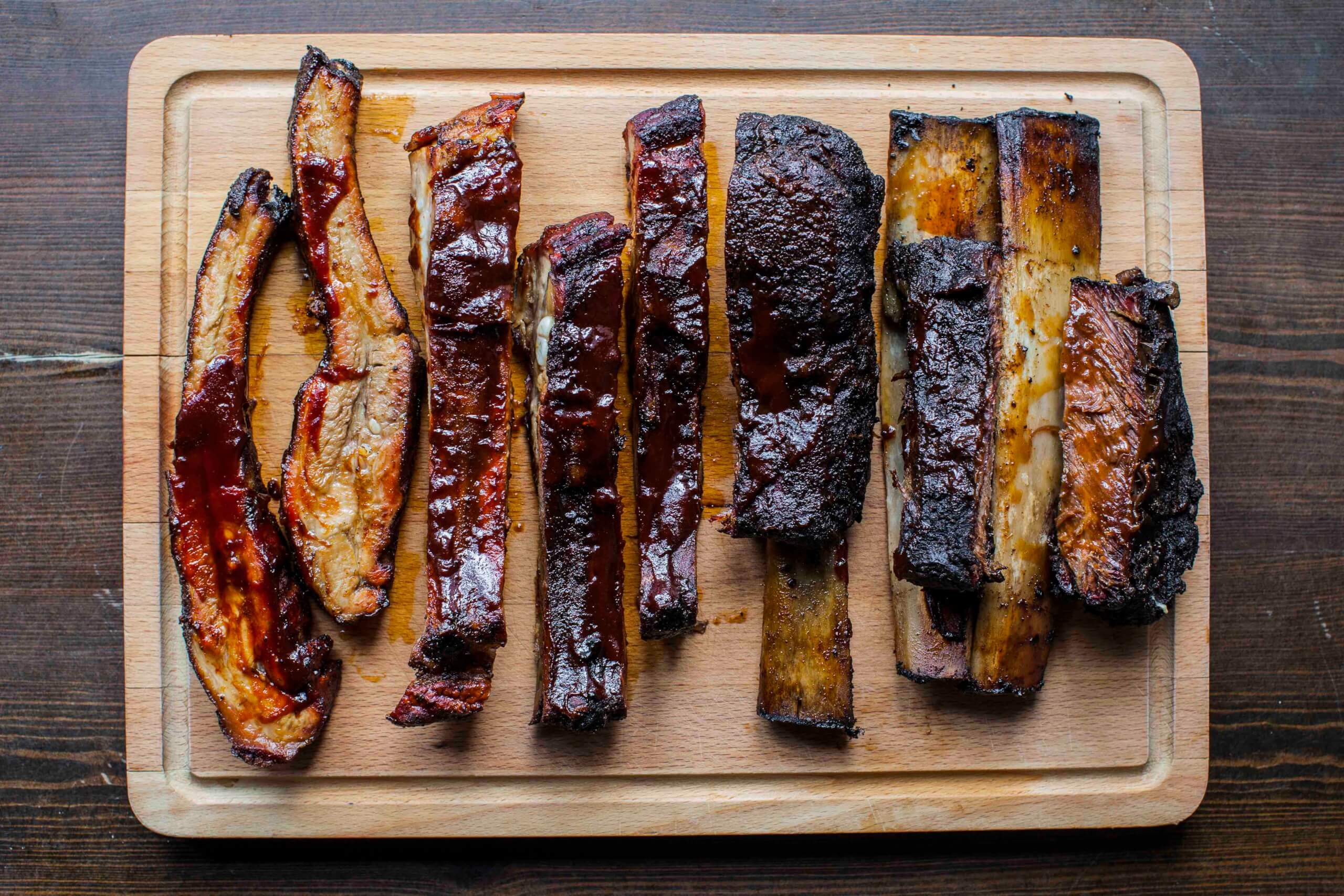 What: Running until the end of March, The Blues Kitchen are transforming their forecourt on Acre Lane at the Brixton diner into a heavin’, smokin’, juicy fire pit for Rib Fest 2016. Pitmasters from London’s street food scene as well as award-winning chefs from the US will take up residency outside the Brixton Blues, firing up a custom-built, 108-inch smoker for a BBQ blowout like no other.

Why: Kicking things off on Monday is legendary ‘catertainer’ DJ BBQ, with live music from London Boy’s Dave James’ Acoustic Blues. Tuesday is the day of street food hero, The Rib Man, whose delicacies will be doused in his ‘Christ on a Bike’ sauce and authentic Bluegrass from the Ben Sommers Band. It’s the turn of Shotgun BBQ’s Brad McDonald on Wednesday with his 16 hour Memphis-style smoked ribs. Thursday’s finale will be a showcase of the Pitmaster collective, Home Team BBQ from South Carolina, USA known as “most life-changing ribs in America’ serving up Carolina style St. Louis Pork rib and their Alabama white BBQ sauce. 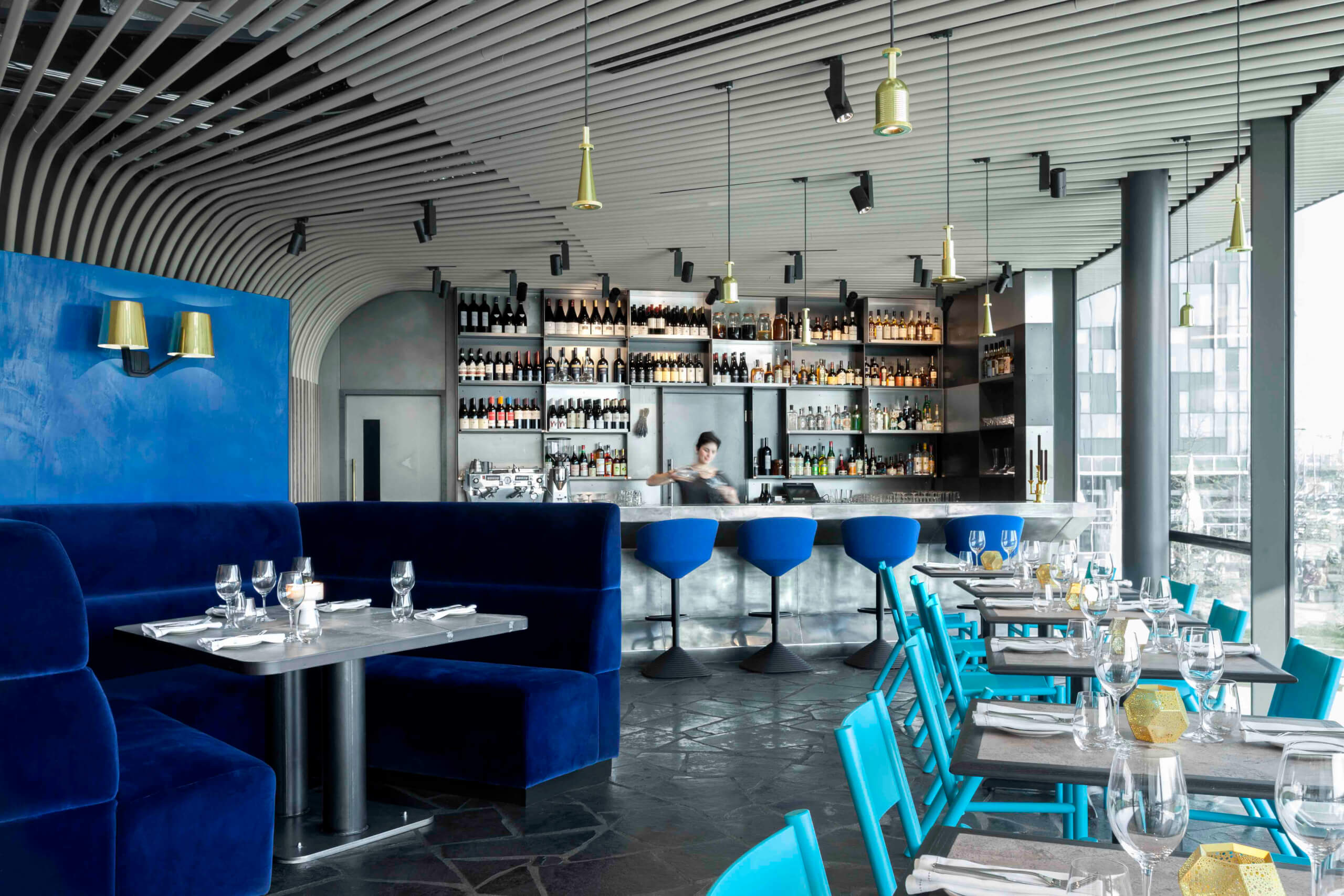 What: Craft London have kicked off  their ‘Test Kitchen Tuesdays’, a unique opportunity for everyone to sample the best of the seasons with a blind tasting menu. Every Tuesday evening, for £28 per person, enjoy up to 8 dishes that are still in development or available only in very small quantity. 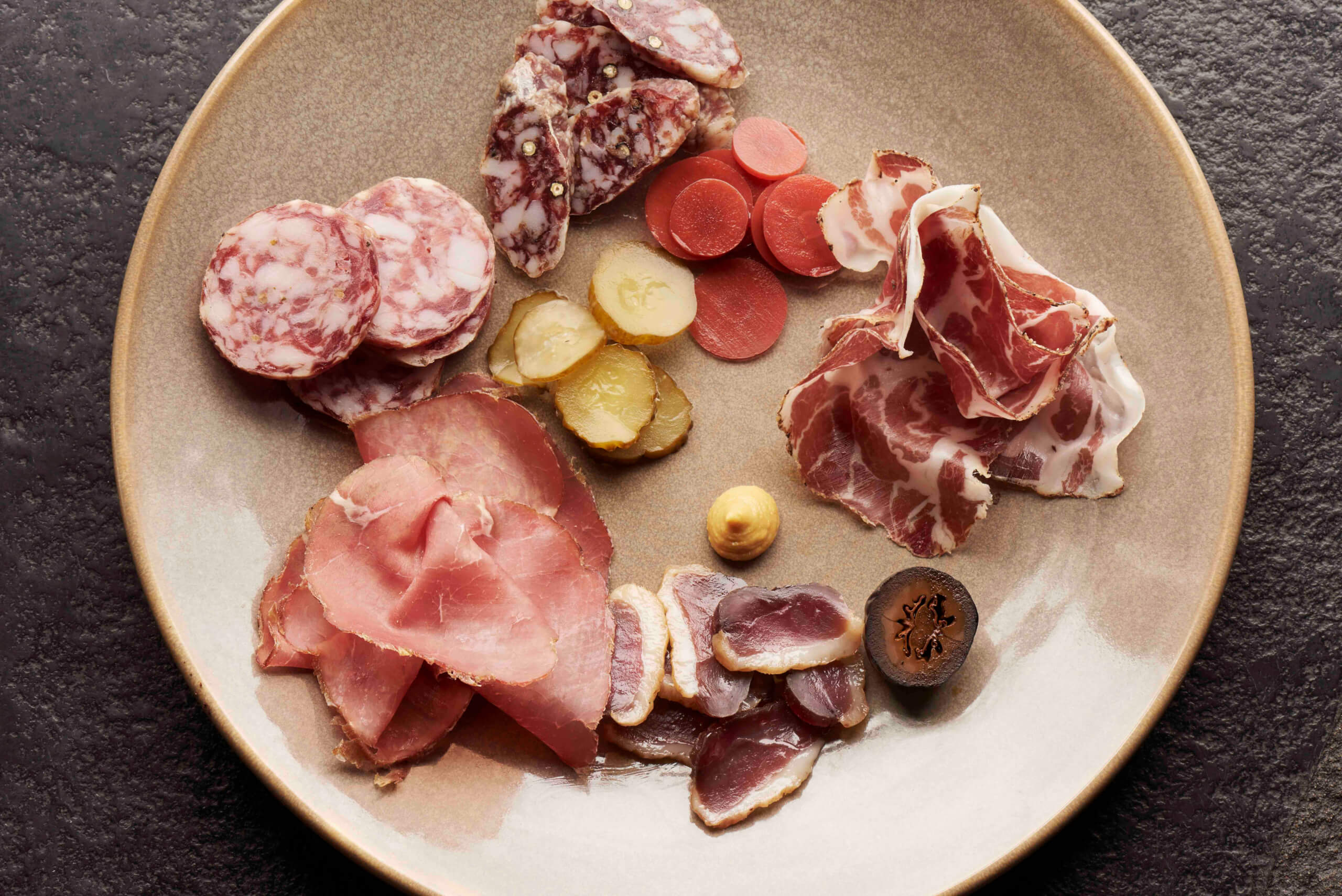 Why: The new test kitchen set up allows everyone the opportunity to be involved in the creative process of menu testing and  will be the first to taste potential new dishes in a single sitting. Also, you’ll be able to engage with the chefs who have created them and be part of the collaborative ethos that Craft London is committed to. The chefs start from scratch and create a completely original menu, experimenting with ingredients and techniques. Previous experimental dishes have included homemade garum, a fermented fish sauce invented by the ancient Romans, tapenade made from brined sloes and tincture made from green walnuts.