Drink / Features / About Time: You Drank the Best Winter Warming Whiskies at Milroy’s of Soho

About Time: You Drank the Best Winter Warming Whiskies at Milroy’s of SohoBy Sam Holder

On a wet, cold and wintry night, there are few greater comforts than the warming caress of a fine whisky. Come to think of it, there are few greater comforts on any night than a fine whisky. And for fans of fine drams, Milroy’s is the ultimate destination. With 300 of the rarest, oldest and most unique bottles in the capital at the bar, it’s a veritable wonderland for whisky lovers.

Nestled in the heart of Soho, Milroy’s was the first single malt shop to open in London back in 1964. It looks as if its hardly changed since. Walking through the classic wooden shopfront, you’re greeted by a narrow brass bar and walls adorned from floor to ceiling with vintage bottles. There are just a handful of seats at the bar, so on most evenings it’s standing room only. 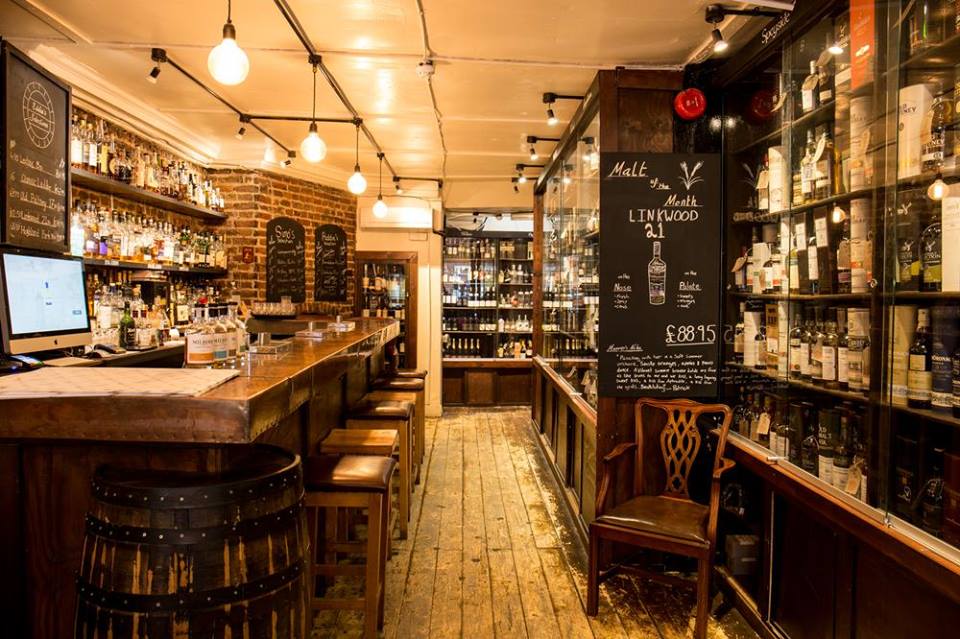 The tight squeeze and neighbourhood vibe add to the atmosphere, and despite single malt drinkers having a reputation for snobbery, this is one of the most sociable bars in London. With top-notch whisky lubricating the conversation, you’ll end up chatting with strangers for hours (even if you don’t quite remember what you talked about in the morning).

For cocktail lovers there’s even a secret downstairs saloon called The Vaults, hidden behind a bookcase. But we’re here for the whisky, so upstairs we remain. The challenge is which bottle to pick; Such a stupendous collection means that both experts and novices can find themselves paralysed by the dilemma of choosing a dram. 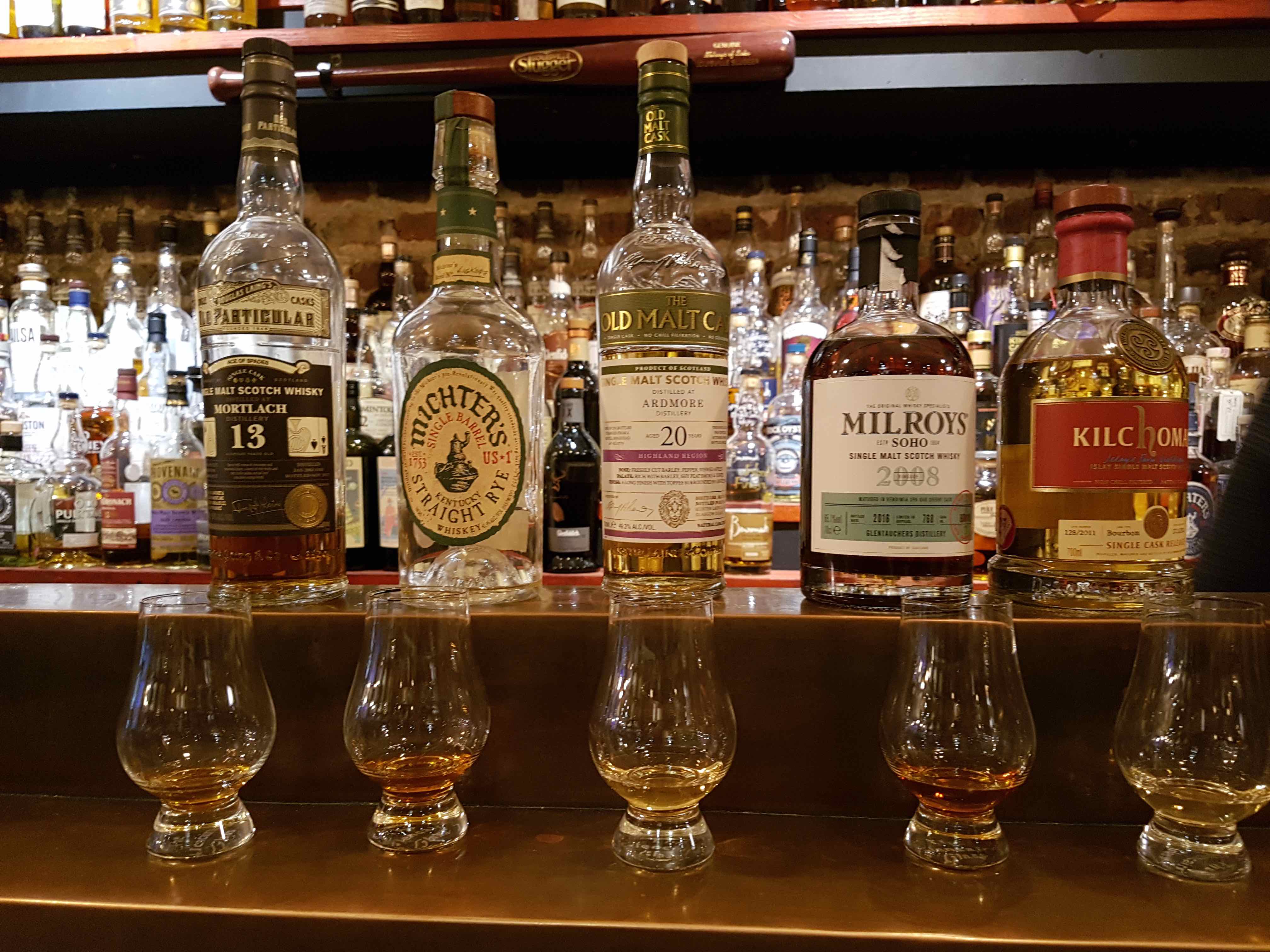 There are no menus here and with prices ranging from £6 to £180 (!) for a measure, the key is consulting your barman about which bottle suits both taste buds and wallet. While the bar houses hundreds of malts that are incredibly hard to find, like a 1967 Single Cask Ardbeg (RRP £7,000), owner Simo says “in the end whisky is whisky, the only questions is whether you like it or not”. He should know, having sampled more than 3,500 whiskies so far.

And that’s the ethos at Milroy’s: age, distillery and rarity don’t matter, it’s all about the taste – and having a good time. So we asked Simo to help choose 5 whiskies that are perfect to be savoured during the darkest winter nights. Here are his recommendations: 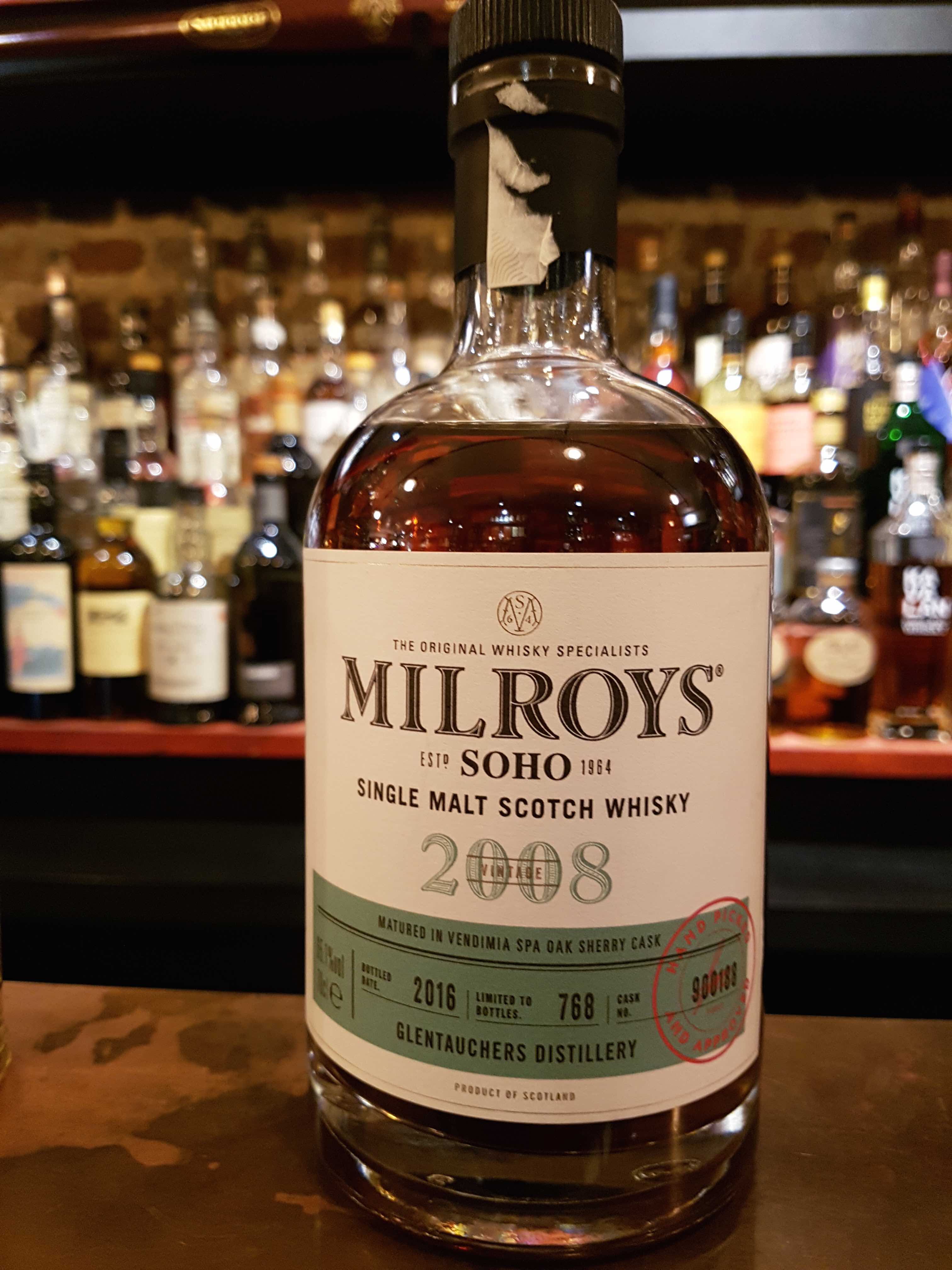 The Lowdown: This is one hell of a whisky. Coming in at a stonking 65% and with huge dried fruit notes, it’s the definition of a ‘winter warmer’. It’s also the definition of ‘sending texts to your ex and losing your keys’ levels of drunk inducing. Thanks to time spent ageing in sherry casks, this whisky has taken on a rich, almost dessert wine sweetness, which is balanced perfectly by powerful spicy notes and the heat of the booze. Exclusively bottled by Milroy’s from their own private cask (purchased from Glentauchers Distillery), this can’t be found anywhere else. So good, it’s worth travelling to Soho just to try it.

Simo says: “As big a whisky as you can get” 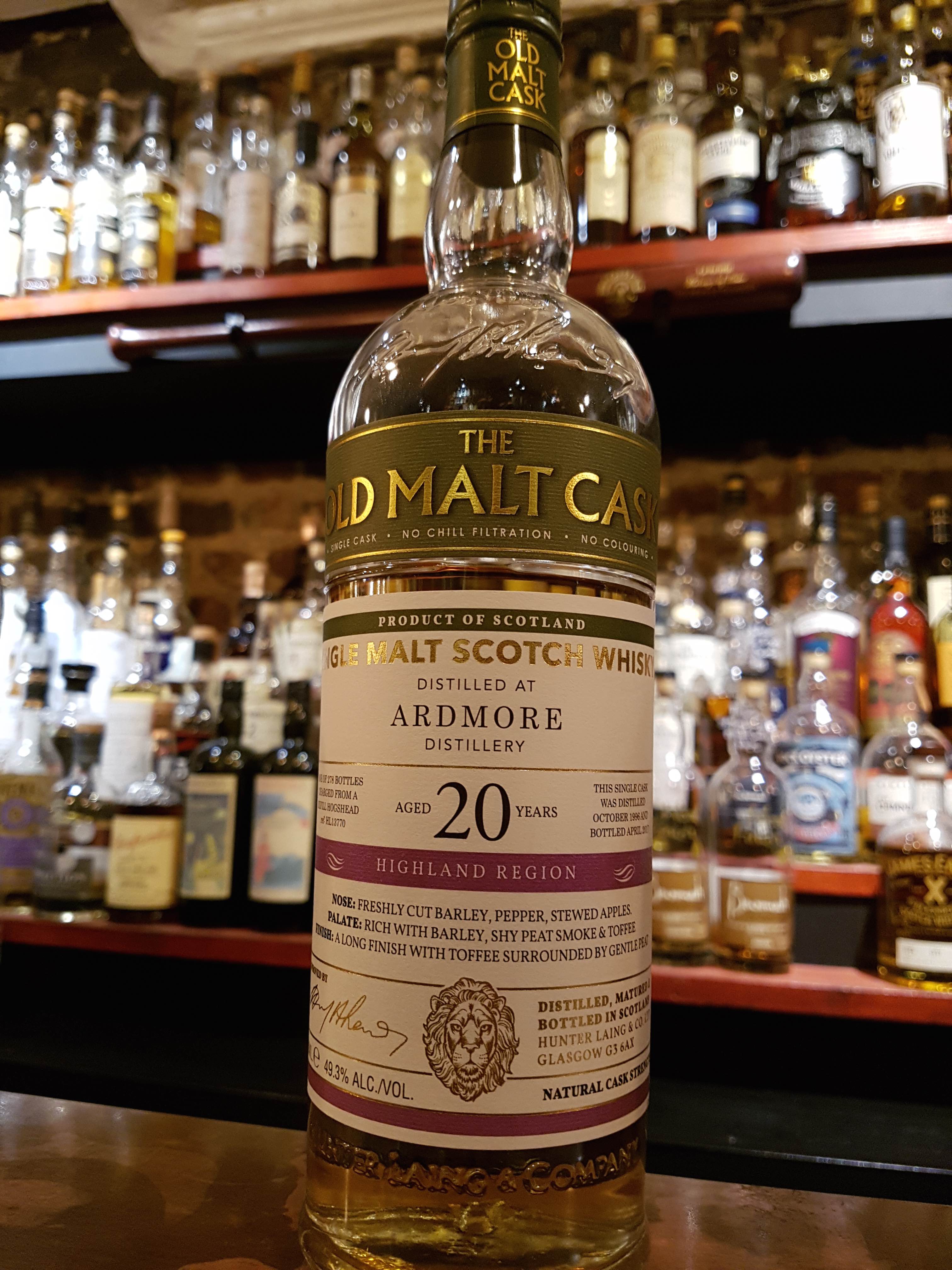 The Lowdown: Peaty whisky can be pretty divisive. For some it’s as comforting as a night by the campfire; for others it’s as rough as day-old cigarette smoke. So is there a holy grail out there, a whisky which appeals to both sides? This heaven-sent dram could be the answer. It’s a 20 year-old from Ardmore, with a gentle malty flavour and an interesting salty note. But as it trickles down the back of your throat, a wisp of soft smokiness appears – enough to know it’s there, yet refined enough not to blow your head off. It’s delicious, complex and might just be the whisky to convert peat non-believers.

Simo says: “It’s like having a barbecue on the beach… in winter!” 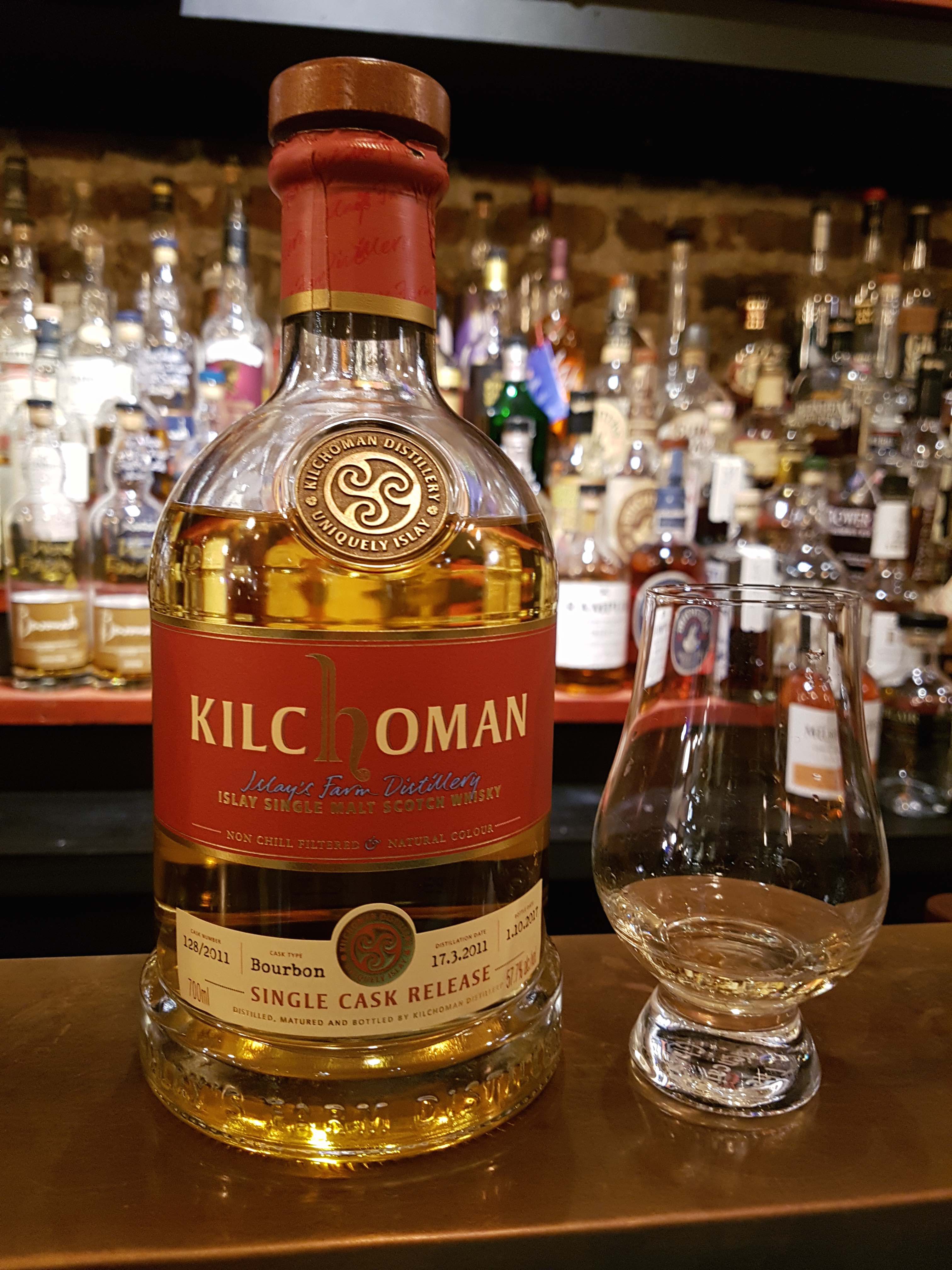 The Lowdown: If you were disappointed that the previous bottle was only gently peated, you’ll be delighted to hear that this as smoky as wildfire. Hand-selected by Simo and the team from the respected Kilchoman distillery, this whisky is much more than your standard peated Islay. The intense smoke is paired with clear tropical fruit flavours like pineapple and grapefruit, transporting you to somewhere that’s a cross between an exotic paradise and Mordor. It’s fiery but refreshing, crisp but smokey, bizarre but brilliant.

Simo says: “One of the best casks we’ve ever tried, from one of our favourite distilleries” 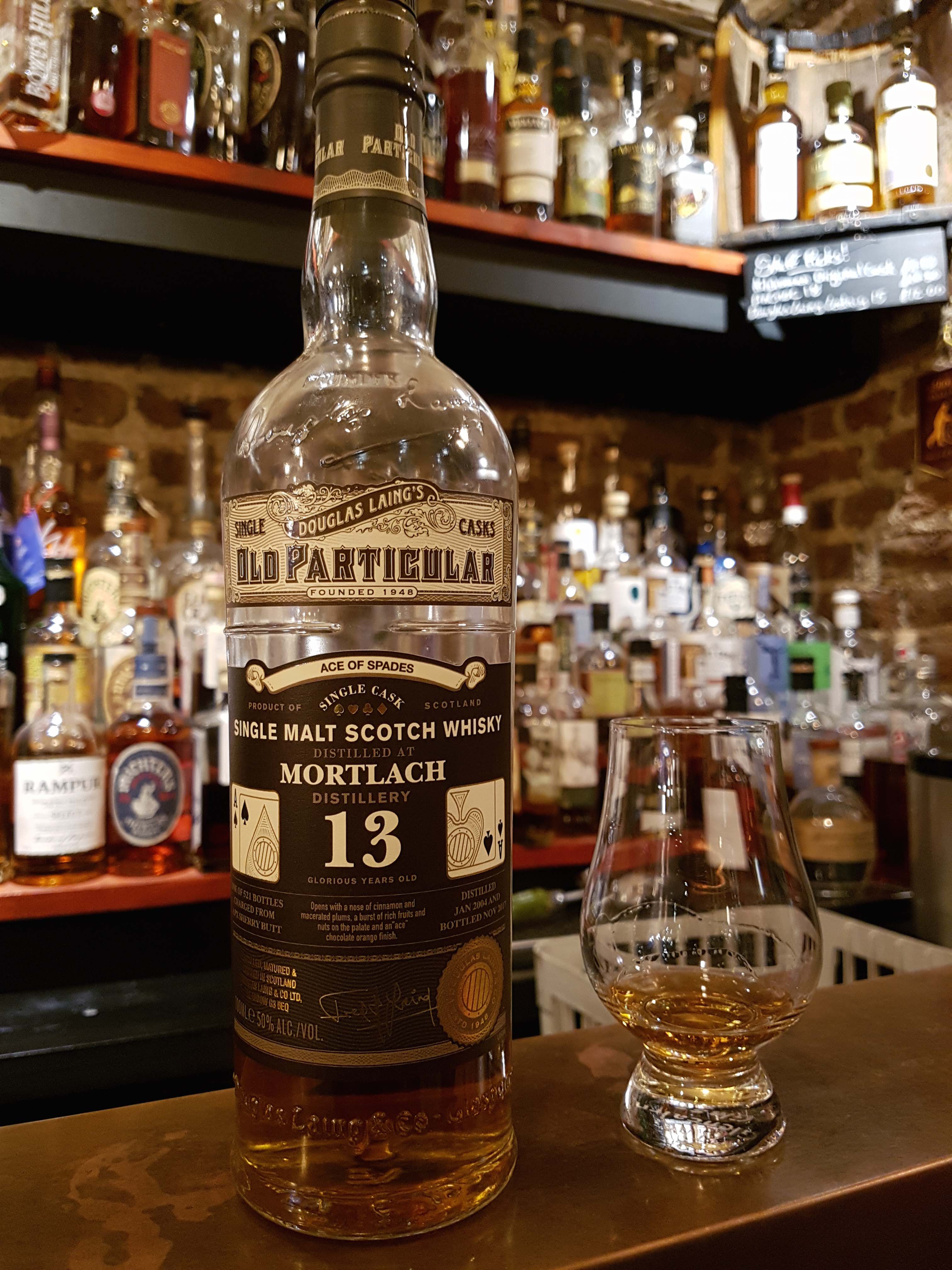 The Lowdown: Another rarity, with just 521 bottles in existence. The Mortlach distillery is renowned for producing whiskies with robust, so-called ‘meaty’ flavours. As a part-time vegetarian, that doesn’t sound particularly enticing. But rather than tasting like filet mignon or pork chops, the whisky is built around a powerful savoury backbone that perfectly complements the rich flavours of chocolate, fruit and nuts. Before you get on the phone to PETA about the use of livestock in whisky-making, you can rest assured that no actual animals are harmed to get the legendary meaty flavour…it’s something far more boring about a lack of copper during distillation. So fear not, this one gets the green-light during Veganuary. Bottles of Mortlach are incredibly desirable and with this whisky, it’s easy to see why. 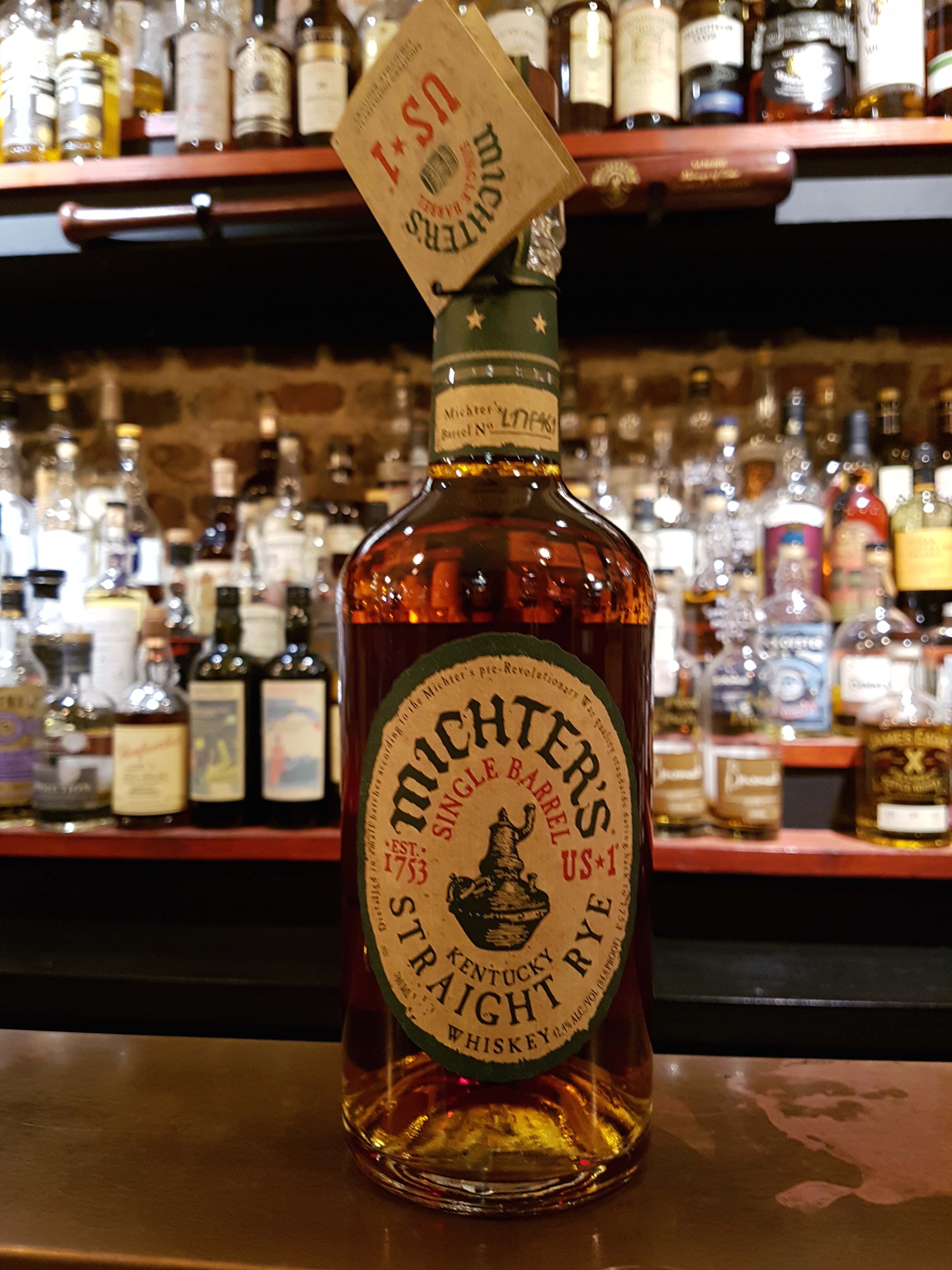 An American Rye in an article about the best winter whiskies? Have you no decency?

Look, it’s true I have no decency. But this is one tasty rye…

Don’t you understand that true whisky only comes from Scotland? For shame!

A lot of the stateside stuff is pretty tasty. Yes, it’s not the same as traditional Scotch but aren’t we being taught to celebrate diversity? Surely it’s time to end single-malt-snobbery.

Tasty? Tastes like pish. Go learn some history and bury yourself in a peat bog, ya bampot.

Intense peppery spice and a sweet caramel flavour? Sounds like a great winter warmer! And if it’s good enough to earn a spot on the bar at Milroy’s then surely….

Ok, I’ll speak to you soon Grandad. Send my love to Grandma.

Simo says: “Bourbon is for summer, rye is perfect for winter”