Are you sick of being told to eat asparagus just because the sun has come out? Find yourself miserably eating wilted leaves with balsamic glaze in the name of quote “getting a bikini bod?” Well, here at About Time, we’re all about that balance. And if that means occasionally indulging in some downright dirty, filthy, sexy food, then so be it. Mac and cheese in a burger? Cheese in a cocktail? So wrong it’s right. Here’s some totally wrong, but oh so totally right indulgences that you need to try this Spring. No asparagus, we promise. 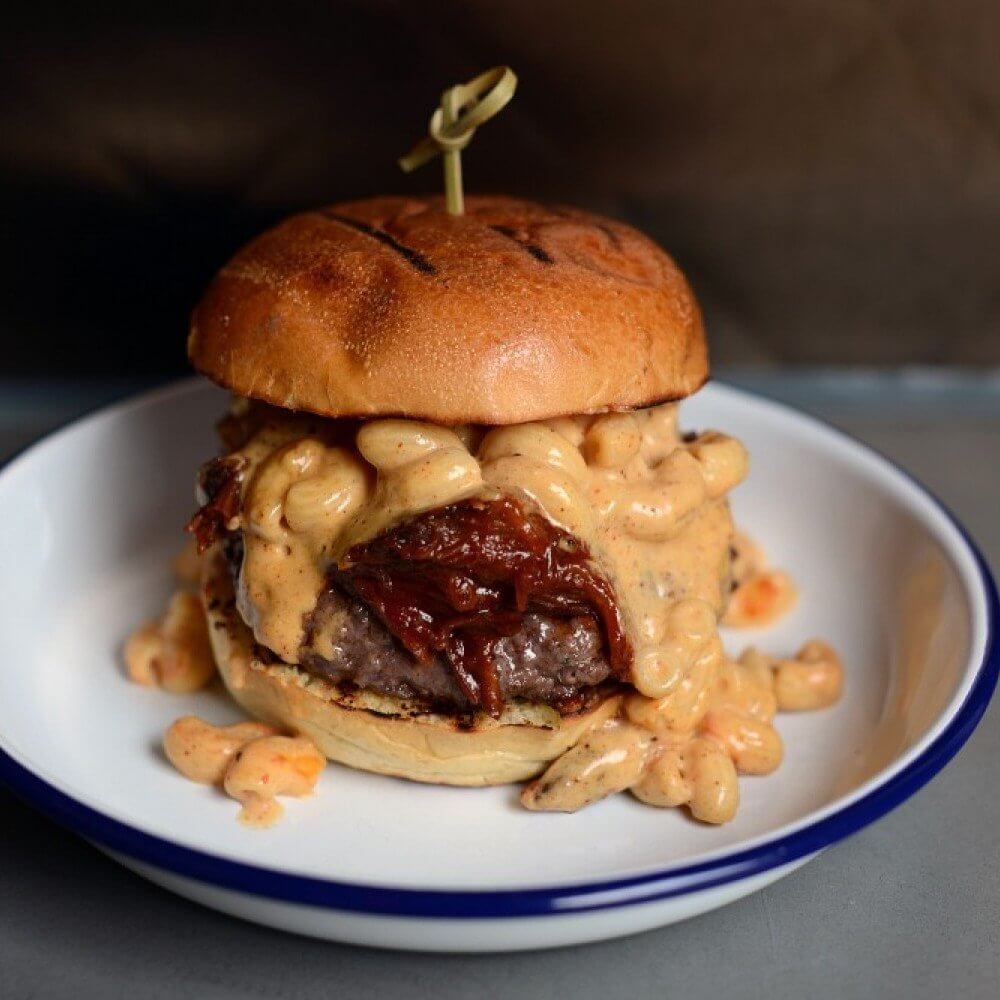 Bizarre Factor: Living up to their name, ‘Dirty Bones’ serves up one hell of a filthy burger – The Mac Daddy. Creamy Mac n Cheese layered onto a beef burger, all hugged together in a bun- carb heaven. With this dish you get the best of both worlds, a pasta dish AND a generous serving of meat. It shouldn’t taste this good, but surprisingly it does. Top tip: come hungry. 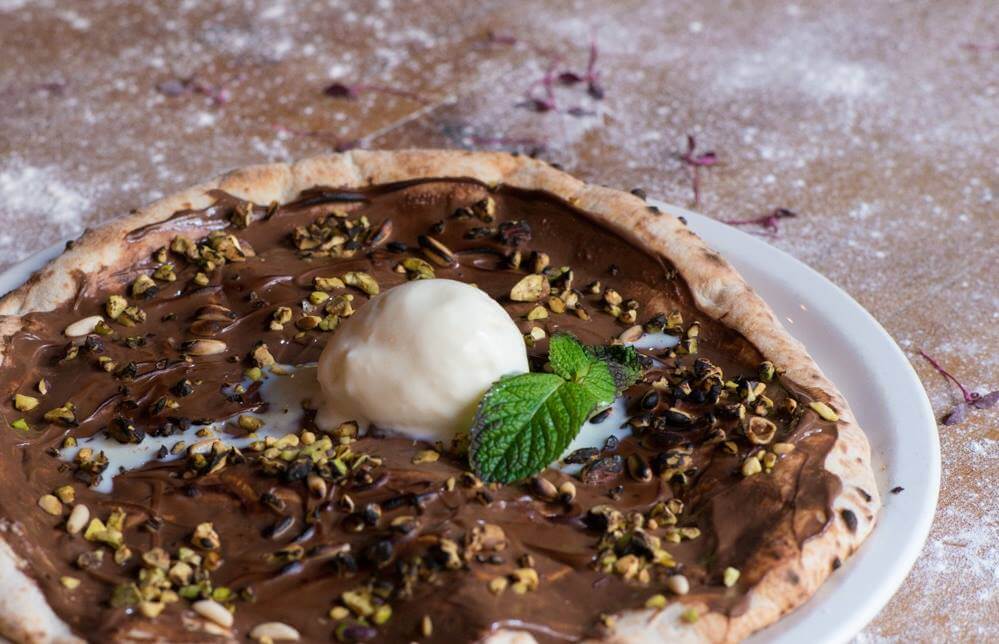 What: Pizza Alla Nutella  – folded pizza with nutella and dusted with icing sugar

Bizarre Factor: Think calzone without the cheese and the filling has been swapped for Nutella. The heat of the pizza base allows the Nutella to melt, meaning it doesn’t feel like someone has accidentally dropped some Nutella onto a margarita. If you’re in the mood for a pizza come dessert (I don’t know when you would, but still) look no further.  Like a crepe, only heartier. 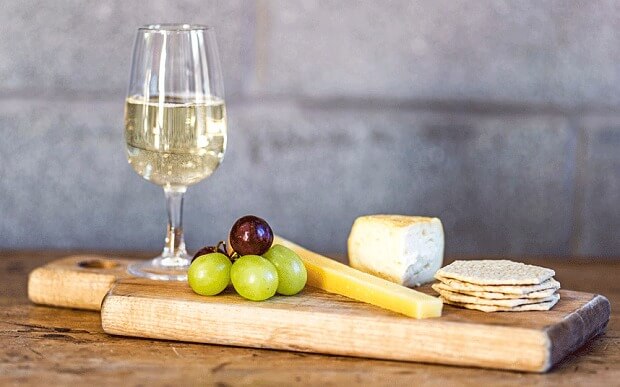 Bizarre Factor: Grain Store and Tony Conigliaro have collaborated to bring you one of their best drink menu to date. Wanting to create a subtle champagne with savoury notes, they infuse the butter with the smoked poacher cheese and use this butter to create the liqueur for the Champagne. The cocktail is paired with a cheese board that includes a 32-month aged French Comté from the Jura and Curé Nantais from western Loire in France. If you’re a fan of cheese, this is right up your street.

4. Ultimate Chicken and Chips: The Poutinerie 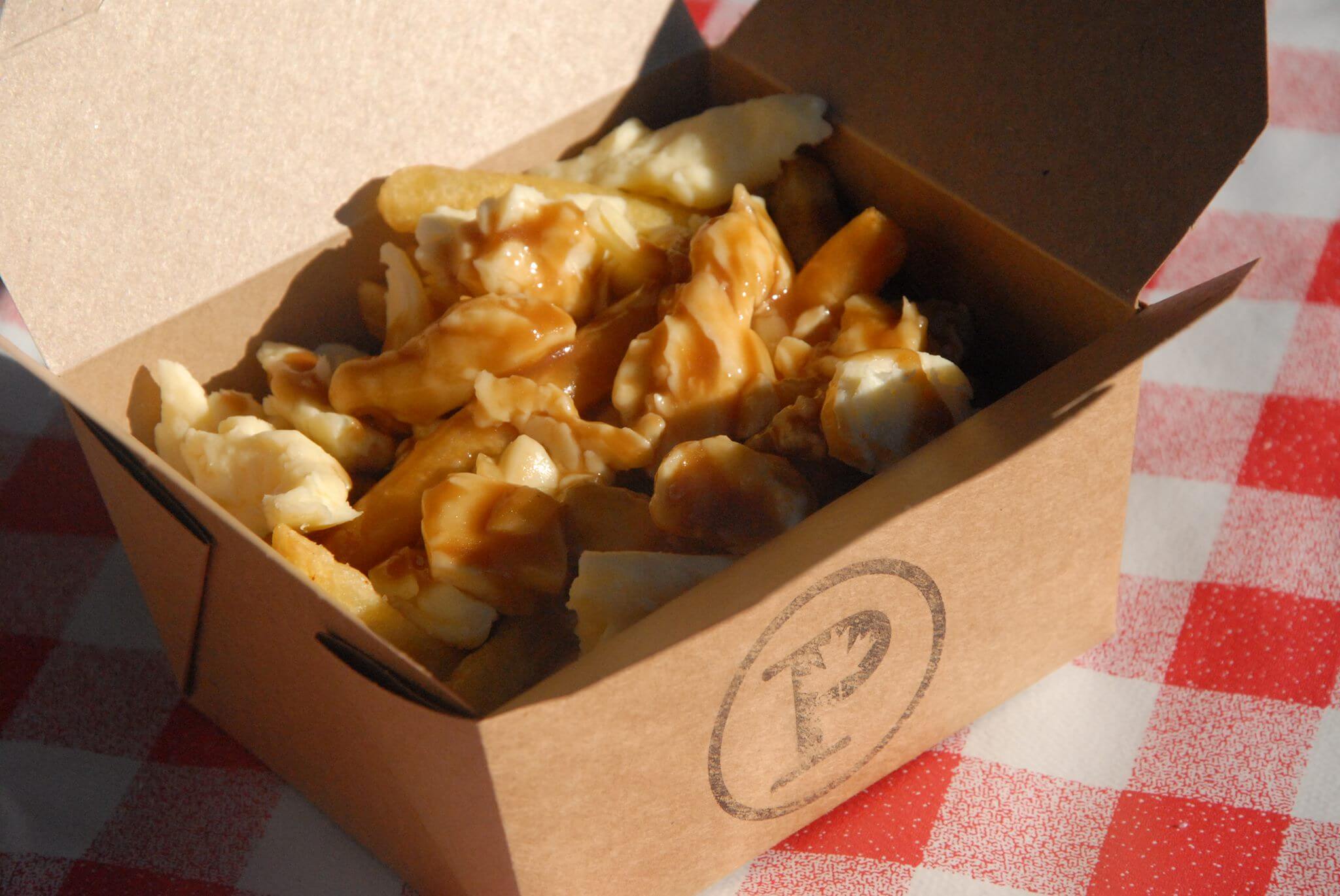 Where: Under the bridge on Brick Lane

Bizarre Factor: Quebec’s answer to our beloved cheesy chips, only with a lot more additions. It feels like it should be two separate dishes, the chips, cheese curds and gravy I can handle. But adding on chicken, bacon, mushrooms and onion is like adding chips onto a fry up. A dish that always divides opinion, some love it and others can’t stand it. Not for the faint-hearted.

5. Bacon in a Brownie: Bad Brownie 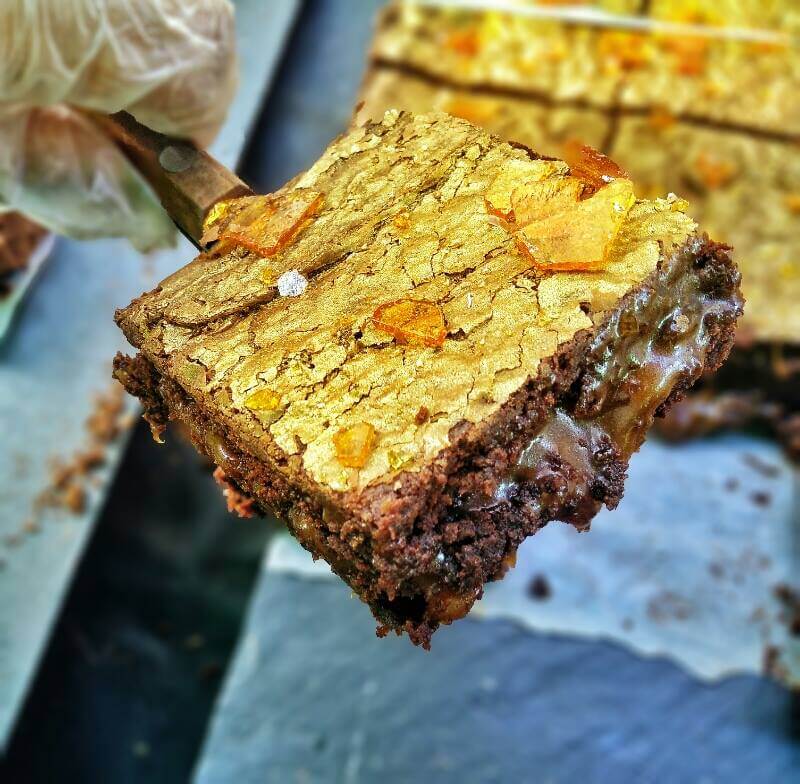 Where: Around London – here

Bizarre Factor: When sweet and savoury come together. It’s like carrot cake, it shouldn’t taste good, but it does. The sweet bacon and the bitterness of the dark chocolate come together and create something rather beautiful. We say, swap your average brownie for one of these bad boys.

6. Oysters in a Shot Glass: The Bloody Oyster 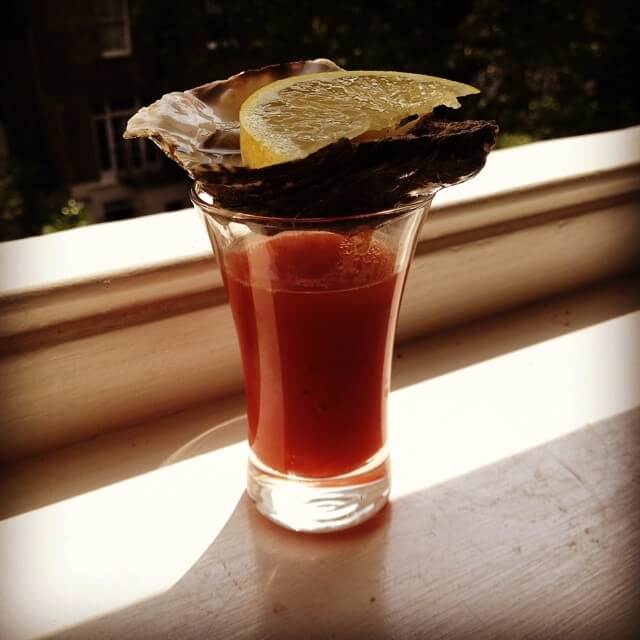 Where: Pop-up around London – see here

Bizarre Factor: I like Bloody Mary’s (a lot) and I like oysters, but the two together, i’m not so sure. At first I thought I would be drinking something that tasted like the sea, but the oysters aren’t that overpowering and the vodka is a welcome addition. If in doubt, add vodka. It’s a shot i’d probably drink at the end of the night, because that’s the only drink I could afford. 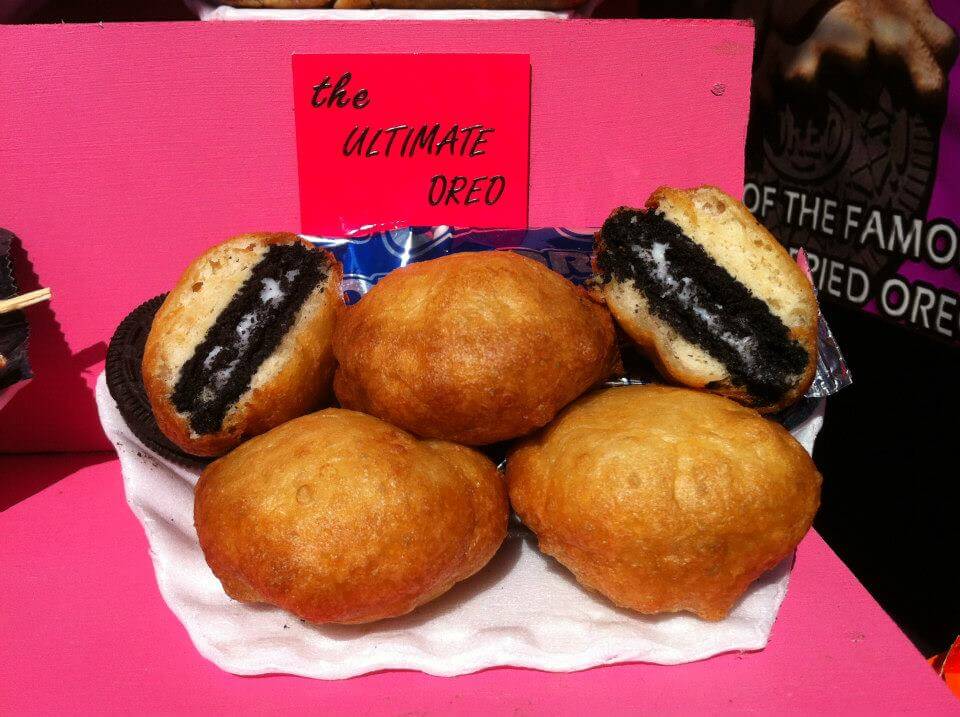 Bizarre Factor: Following on from this trend, deep-fried Oreos sounds so naughty, we simply had to try them. There’s pretty much nothing this stall in Camden doesn’t do; deep-fried oreos, Boost bars and sweet pizzas made solely out of haribo. Basically, you choose your favourite candy bar and using their special method, they cover it in famous buttermilk doughnut mix and create a crispy candy custom-made doughnut. Deep-fried Rolos, anyone? So wrong it’s right. 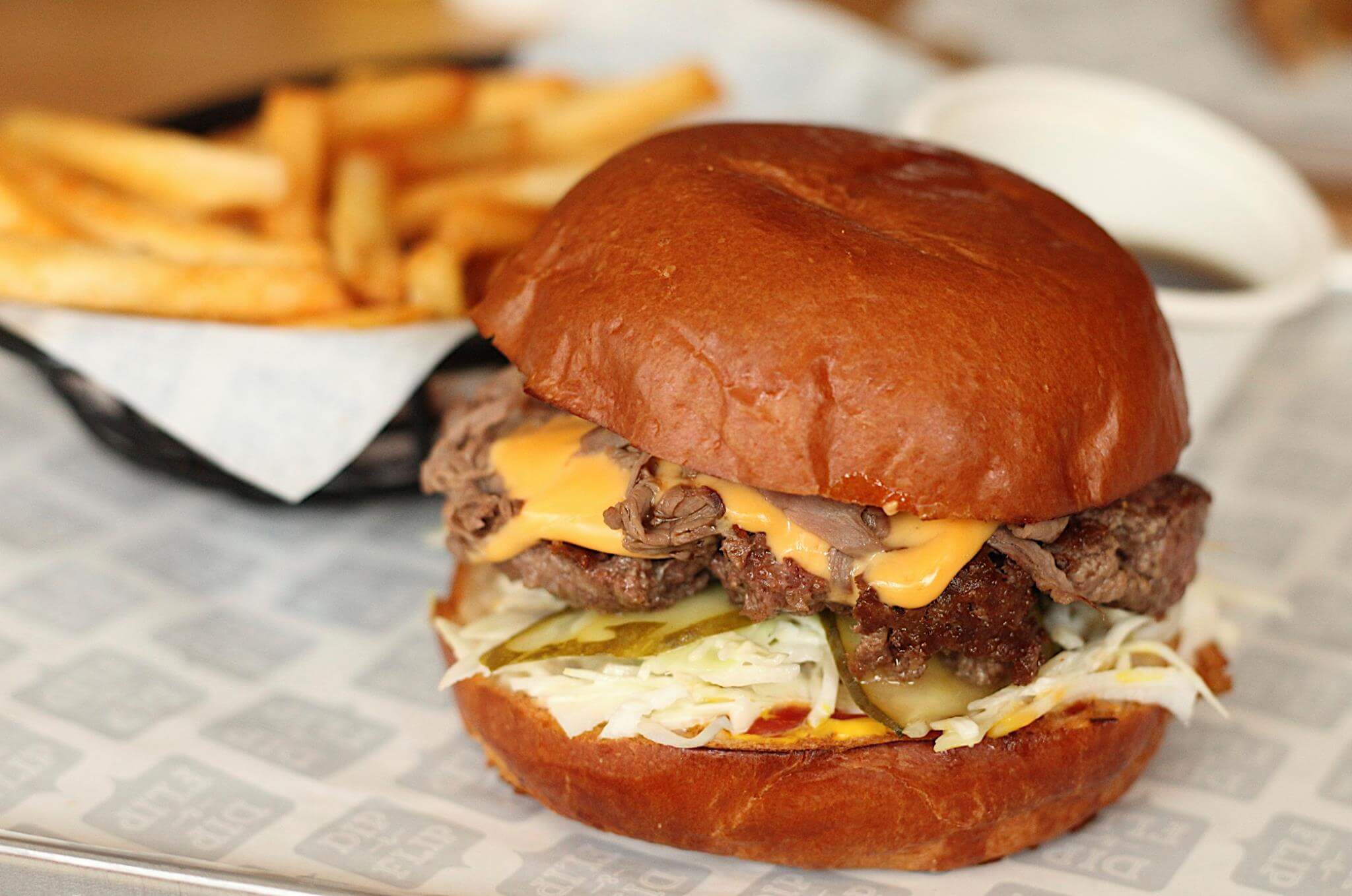 What: The Dip & Flip Burger – beef burger, American cheese,  pickles and coleslaw, add some roast beef and a brioche bun, then the burger is dunked  into a vat of gravy.

Bizarre Factor: The only way I can describe this dish is a cross between a Sunday roast and a burger. The burger on its own is simply delicious, but adding roast beef and smothering it in gravy is taken this burger experience to a whole new level,not that i’m complaining. Need a hangover cure? This dish is the one. Bring napkins, you’re going to need them. 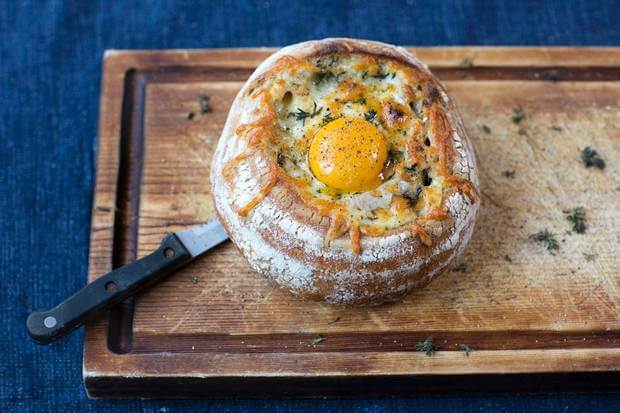 Bizzare Factor: This bread is the dream, best eaten with a house infused Bloody Mary with Cucumber, Rosemary or Chili. It’s literally a Full English, in a bread. For the veggie, there’s an avocado, spinach and asparagus version. The bread comes from Better Health Bakery just up the canal, and, just by the water, this spot is perfect for a lazy Sunday.