It’s all about affordable pints and beers for a good cause this winter. Come join Five Points at Hackney’s largest independent brewery on Mare Street and at the historical Pembury Tavern for fresh beers on tap and stellar pizzas from ACE Pizza to see you through the New Year in delicious style. 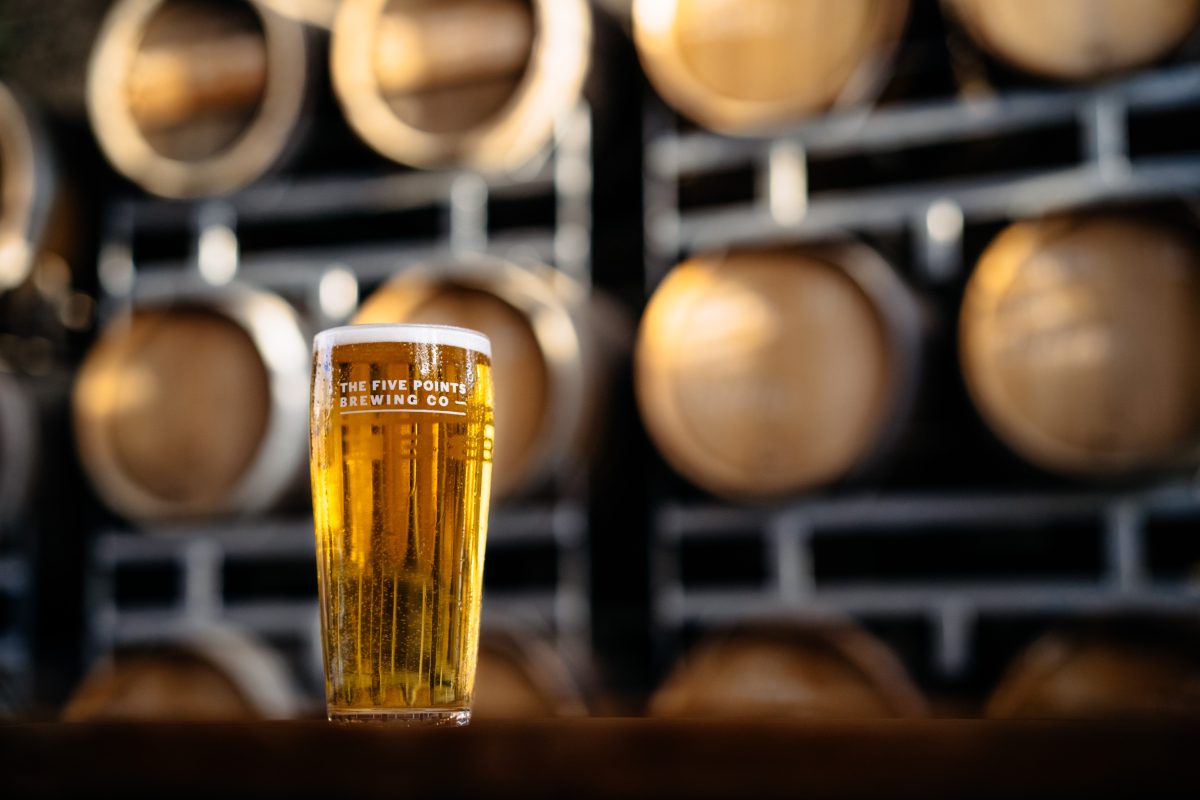 The Lowdown: Rising pint prices and too much money spent on Christmas gifts? Five Points has you covered at their Mare Street taproom with tank fresh pints costing £3.50 on Thursdays and Fridays from 5pm to 7pm. The days leading up to and after Christmas will always be jolly with these affordable pints. FYI… The taproom is closed on NYE weekend and will reopen on Jan 6th. 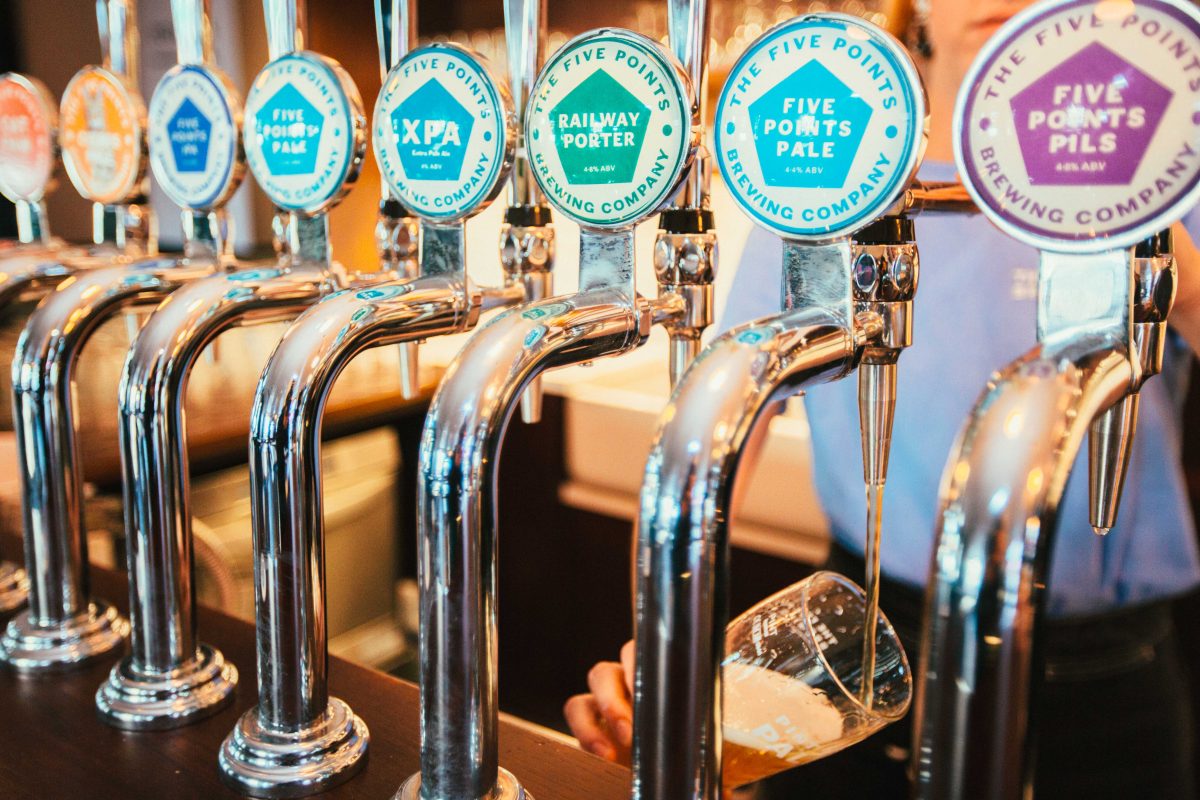 The Lowdown: Welcome 2022 in this classic East London boozer with the craft beer from Five Points, mince pies and a party-ready playlist of Funk and Northern Soul. With DJ Brad Hall spinning until 2am and a mandatory midnight countdown planned, say farewell to what has been a challenging 12 months for many at The Pembury Tavern. 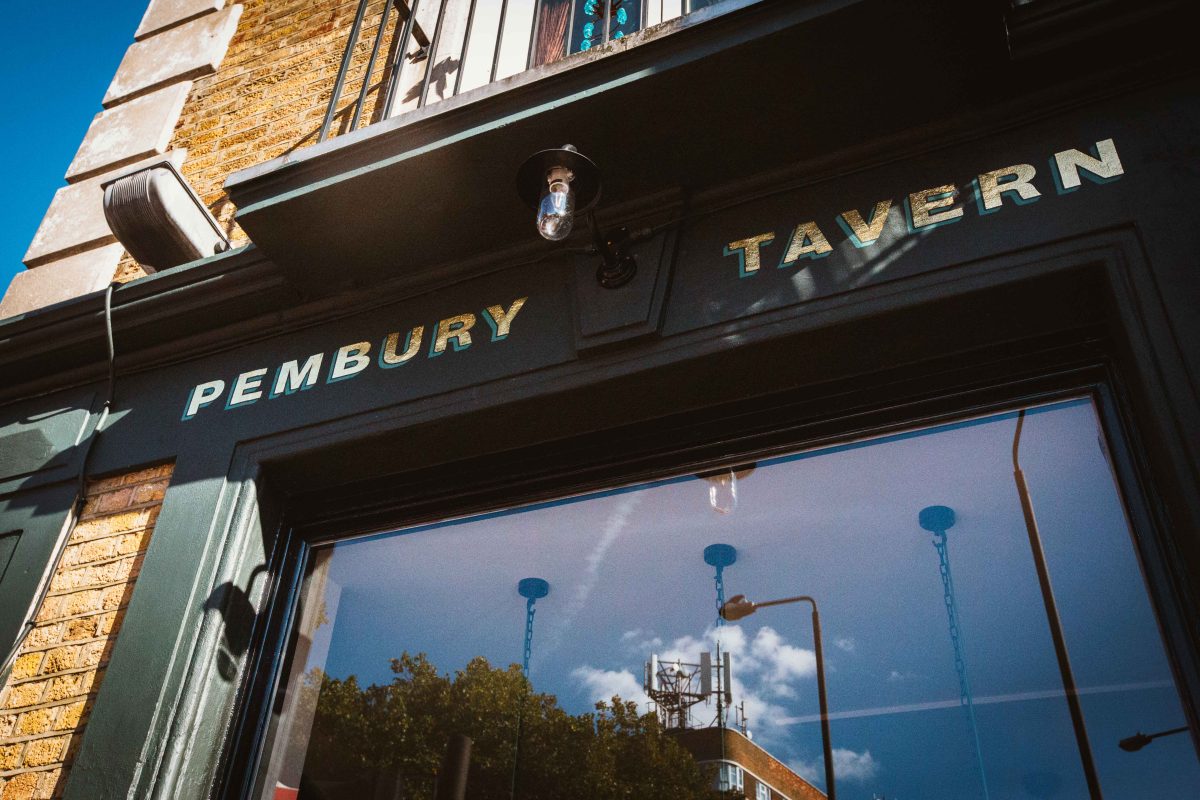 Every last Wednesday of the month, The Pembury Tavern brings back its comedy night in support of Mind the City, Hackney and Waltham Forest – a charity that supports people in need of mental health services across East London. Hosted by award-winning comedian Sean Mcloughlin, and headlined by Sarah Keyworth, alongside a lineup of budding comedians, enjoy a night out at The Pembury with lots of laughs and a refreshing pint or two while contributing to a good cause.100% of the ticket sales go to the charity. A raffle will be held on the night for a chance to win fantastic prizes such as a brewery tour or beer vouchers.