Drink / Bars / About Time: You Got Into The Birthday Spirit

About Time: You Got Into The Birthday SpiritBy Tom Stevenson

It was my birthday a couple of weeks ago. I had 25 of my friends to this lovely local Italian in Battersea before Santander biking to a late night Mexican bar called La Isla Bonita. In the far right corner of La Isla Bonita hangs The Golden Sombrero. Myths and whispers tell us that a customer can be awarded The Golden Sombrero under exceptional circumstances for extraordinary party feats. Sometimes you see a man sink 6 shots of tequila, look to the Golden Sombrero and then puppy dog eye the bartenders. The bartenders look at each other. “No Golden”.

Before all this began, my friends gathered in my flat and as they dribbled in they handed me various bottles. I didn’t pay much attention to them at the time, but as I looked at the bottles forlorn and empty the next morning, I noticed they were all champagne and wine. It is still very much the custom to bring a bottle of fizz or one for your cellar rather than gamble on a bottle of liquer.

One friend, though, absolutely excelled. He bought me a full post-lash gin kit. He bought apples, rosemary, grapefruit and cucumber to accompany a bottle of Caorunn gin and twelve bottles of Fever Tree tonic water. After failing to capture The Golden Sombrero we returned to my flat where he had set up a full bar station and his colourful array of garnishes. It’s the best booze contribution present I’ve ever recieved because it added an extra component to the night itself.

So next time you’re invited to a housewarming or a small gathering for a friends birthday, consider setting up a simple serve spirits bar. Here is my guide: 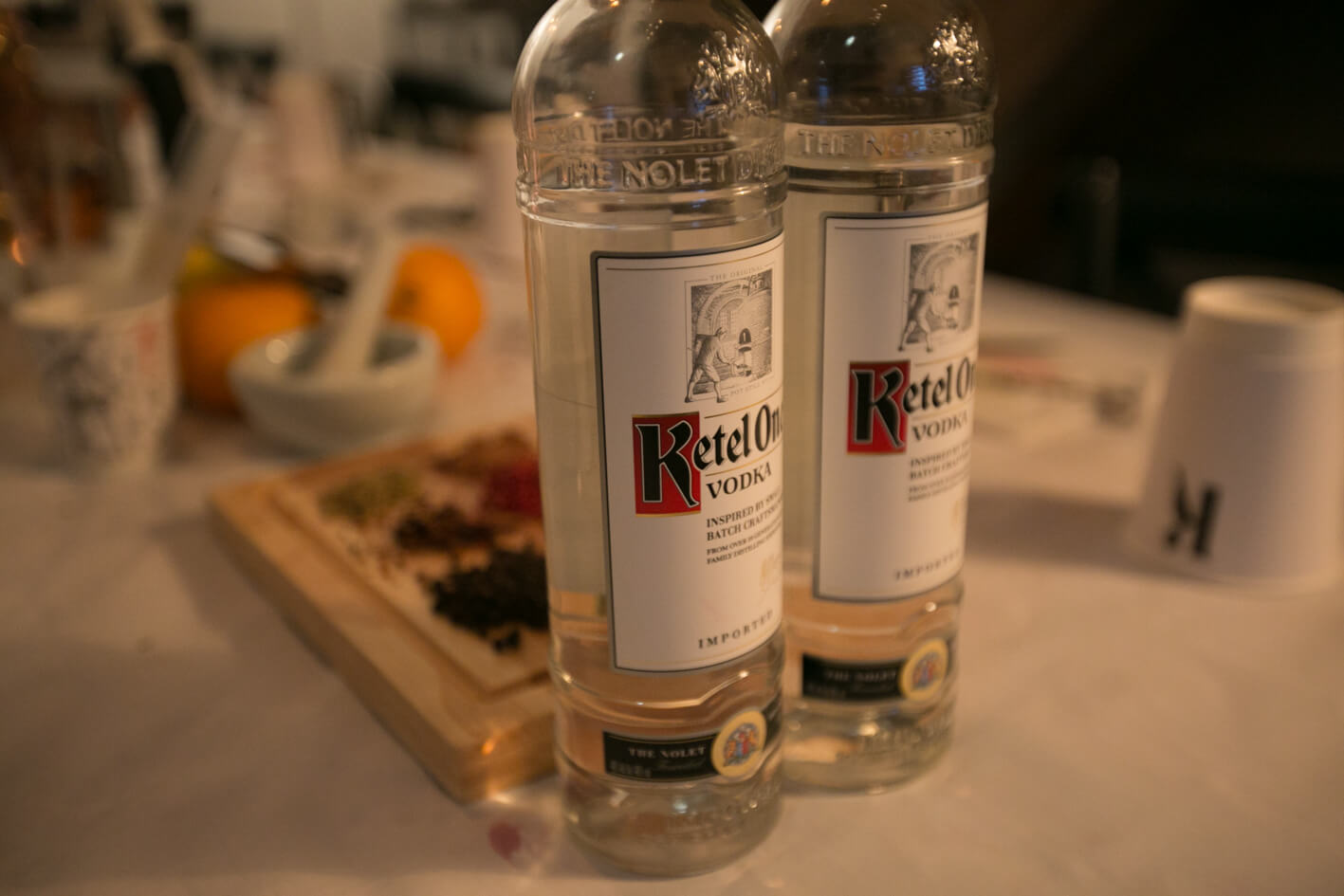 I’ve made very little secret on About Time about my allegiance Ketel One Vodka. In October, I wrote this article proclaiming it to be the best vodka in the world. KOV is distilled in copper stills giving it a distinct taste and a tingly sensation. So keep it simple. Vodka, lemon, dash of sugar and top it up with soda water. To improve this still further, buy a bottle of Ketel One Citroen and add a dash of that in there. I made these recenly at an event and one attendee said it was the best cocktail she had ever had. 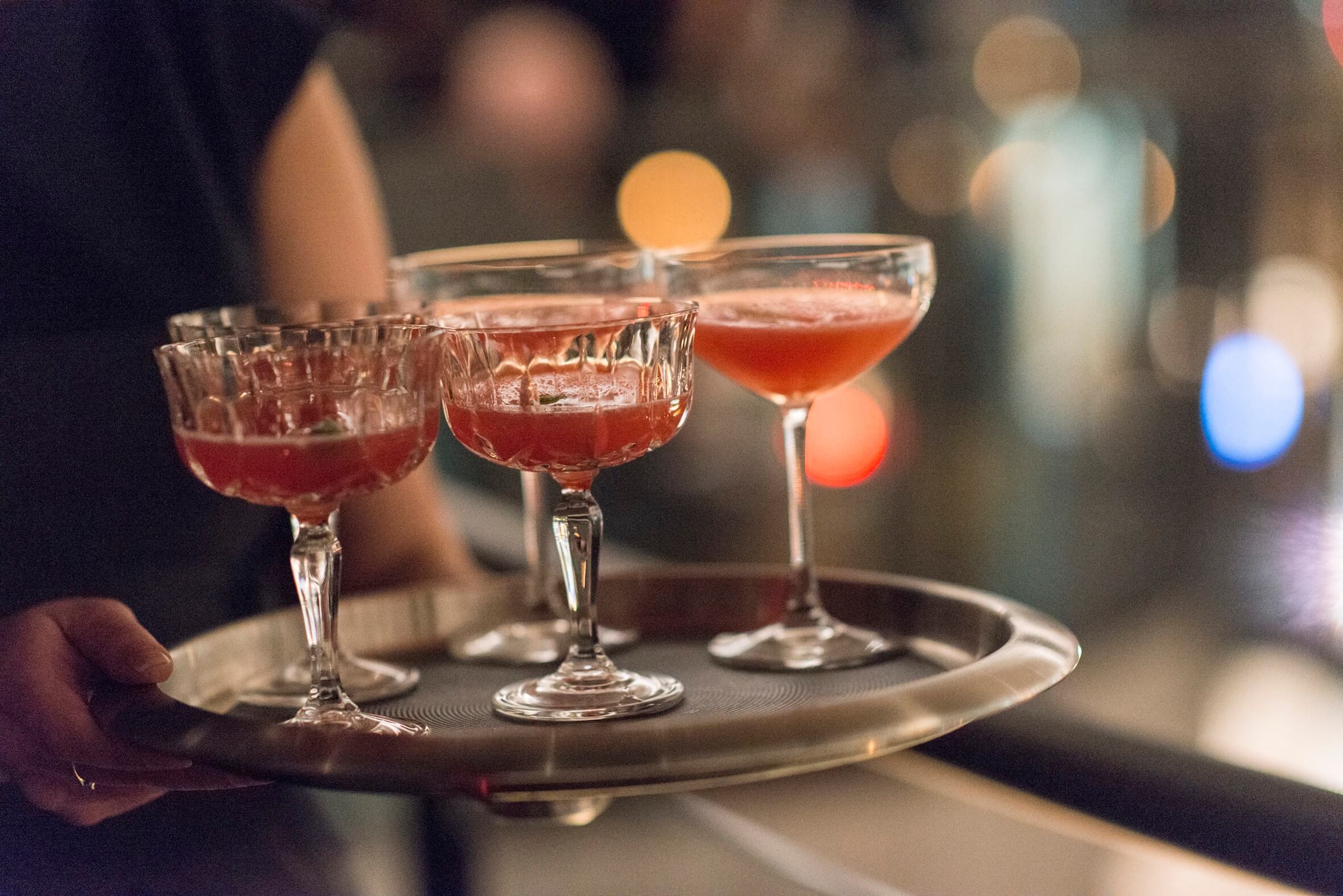 Last year I wrote an artcile about Herradura tequila and the importance of drinking 100% agave. Everyone has a quarter of a bottle of Jose Cuervo that’s lying under their bed, hidden at the back of a cabinet with a post it note that reads “never again”. I spoke to Don Julio brand ambassador, Deano Moncrief, about how hard it is to change the popular perception of tequila as a mistake shot – that drink that took you over the edge. He tells me it is all down to the purity of the spirit. To enjoy and appreciate tequila, it must be 100% agave. No, that one in the corner shop with the red plastic sombrero lid is not part of that club. Recently, Don Julio and Deano created the world’s first piece of drinkable art.

This pioneering cocktail serve is an interactive drinkable art piece, which holds approximately 100 cocktail serves and is the first of its kind in the UK. As guests fill their cocktail glasses from different cocktail chambers within, the artwork transforms from a Mexican sugar skull to reveal a portrait of the iconic Don Julio González. The Don cocktail is available at M Restaurants, 60 Threadneedle St, London EC2R 8HP. 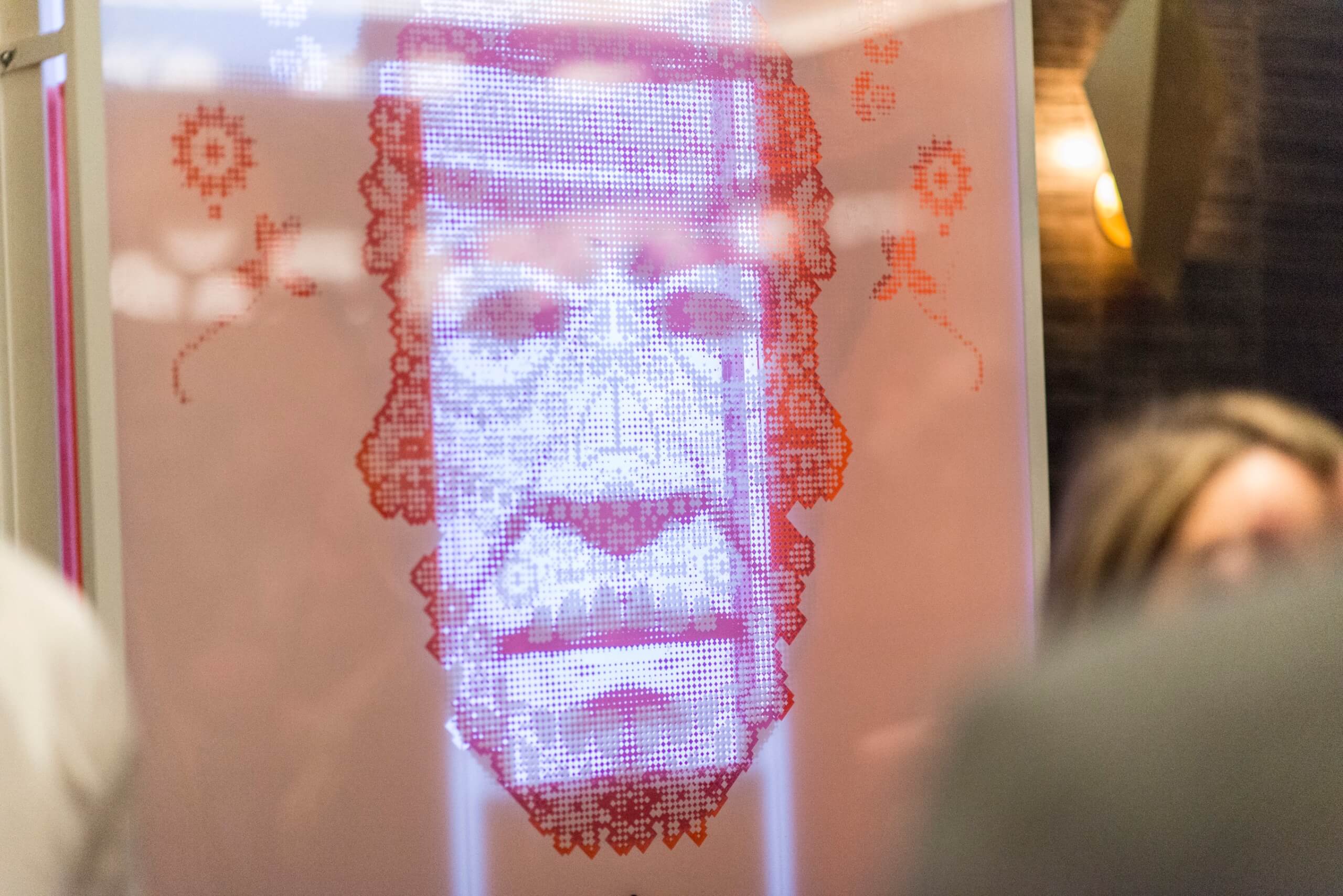 However, for a home serve, look no further than a Tommy’s Maragarita. The ingredients of a classic maragarita are tequila, cointreau, lime and sugar. A Tommy’s is 100% agave tequila, fresh lime juice and agave syrup. Shake over ice and add half a salt rim to a rocks glass. Just three ingredients for a perfect experiential birthday present and a memorable night.

Camden – birthplace of Brit Pop come emo haven intertwined with badly printed Lil’ Wayne singlets. But I bet you didn’t know that at the turn of the 19th century Camden was home to two indusries: piano factories and gin distilleries. Mark Holdworth, owner of Half Hitch gin discovered this by peering over his kids shoulders when they were doing a geography project. “They went on a field trip around Camden Town and they learned about the history of the area.” “This whole space” he says pointing to an old photograph of the West Dock “used to be a distillery.” Mark is reclaiming Camden as the home of gin in London through his product Half Hitch. The base botanicals are black tea from Malawi and bergamot (a small fruit that gives Eatrl Grey tea it’s citrus flavour), making Half Hitch the “G with Tea”. The microdistillery is now open in the West Dock in Camden and the gin is available in Selfridges and Fortnum and Mason. Brand Ambassador, Arj Sahi recommends you serve your Half Hitch G and T with a large orange peel as a garnish. Visit www.halfhitch.london for more details. 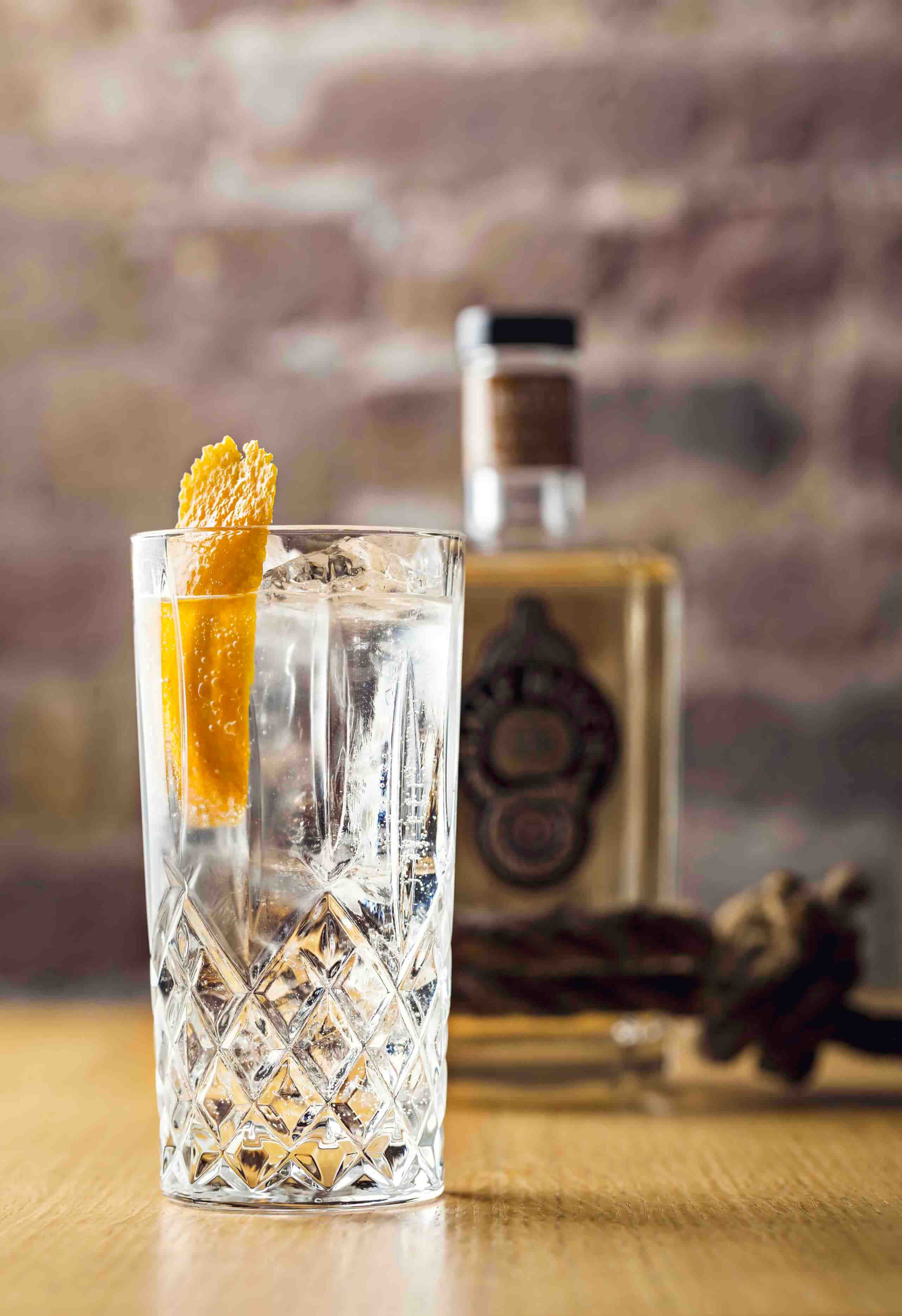 The Mortlach distillery is sometimes referred to as “Scotland’s best kept secret”. The cat’s out the bag on arousing nationalist sentiment so perhaps it is. Mortlach 18 year is what you want to be buying your mate for his birthday. Mortach have a 25 year old whisky, which is just unheard of. Brand ambassador, Georgie Bell, tells me it is such a gamble leaving a whiksy to age for a quarter of a century in the true belief that it will produce a great tasting product. 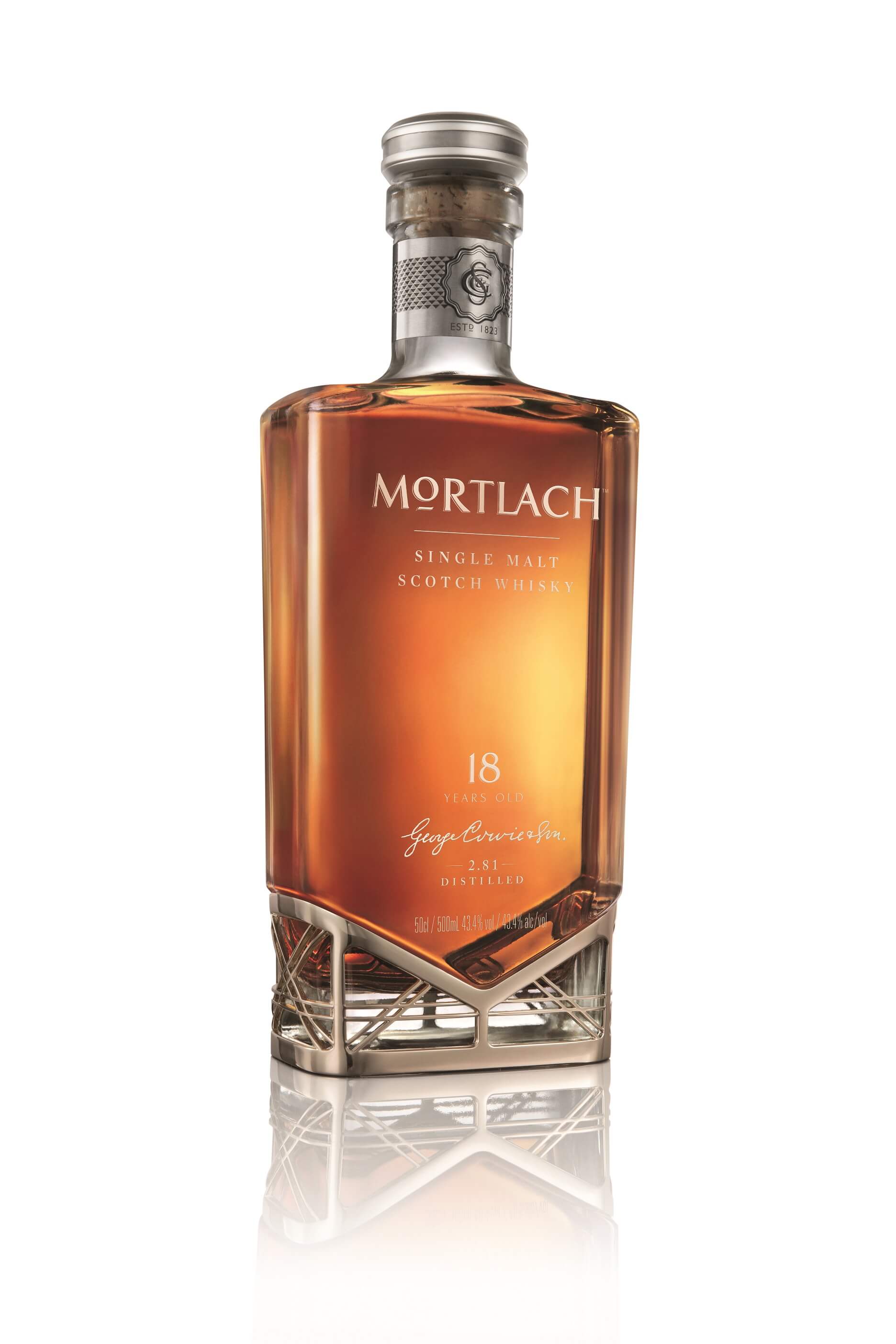 I tried both whiskies with my uncle and we decided that we would go for the 18. If someone poured you a glass of 18, you would drink it and think it delicious. But the 25 is such a showstopper that you have to drop everything. There is so much going on that you have to sit on silence for a bit, look at each other and set out a 14 point agenda on the multiplicy of sensations your mouth is experiencing. Mortlach 18 ain’t cheap, but it ensures quality. This may be one for your Dad this Father’s Day. 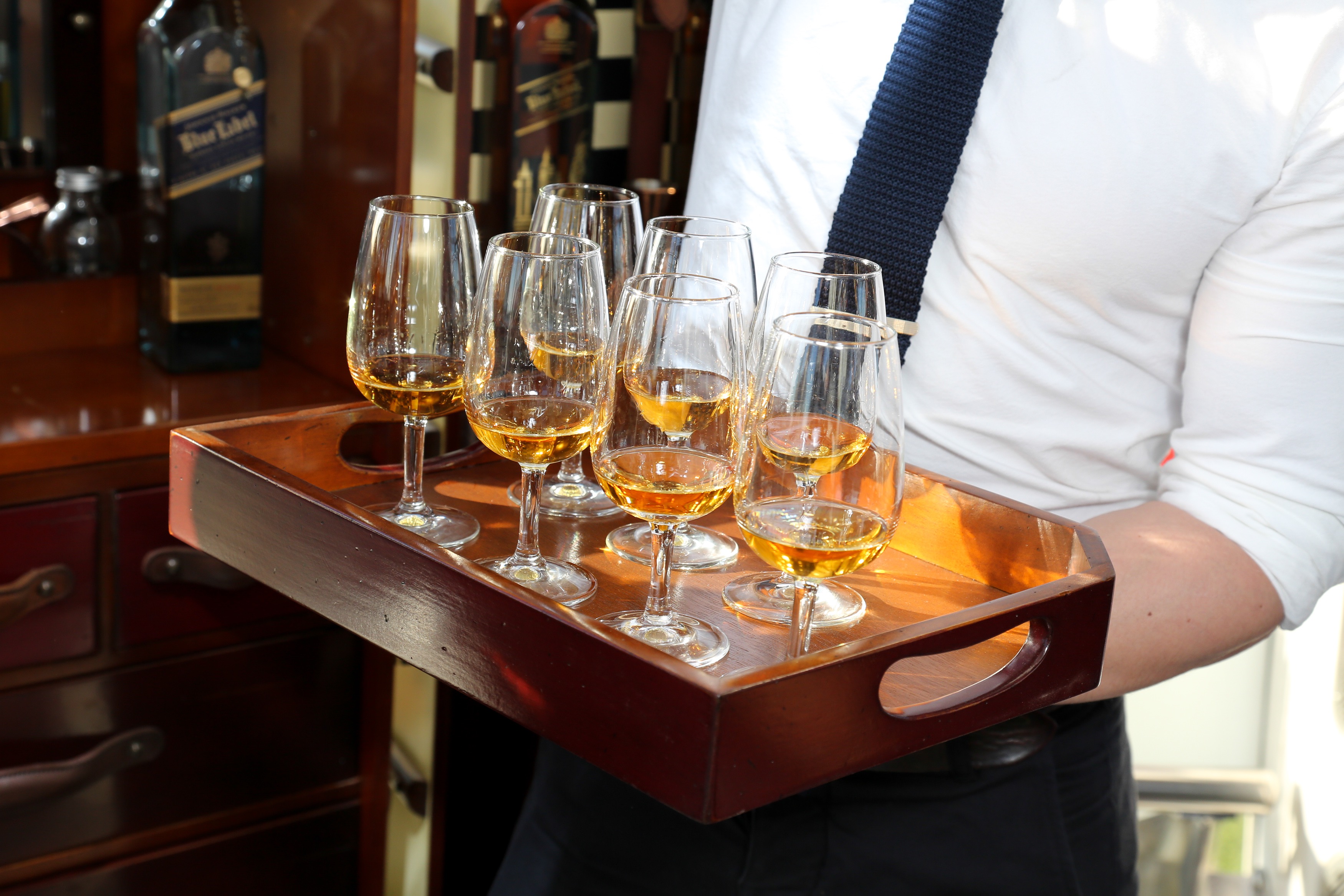 On May 12th, I was invited to the first ever spirits tasting on the London Eye. There have been wine tastings and champagne glitz in those famous bubbles, but never hard liquer. It was therefore fitting that the choice of spirit is arguably the greatest. Diageo Whisky Ambassador, Colin Dunn, hops onto the central decking of the capsule and begins enchanting his audience with the story of Johnnie Walker, his son Alexander and the Walker family’s passion that encapsulates the great tradition of blended Scotch whisky. 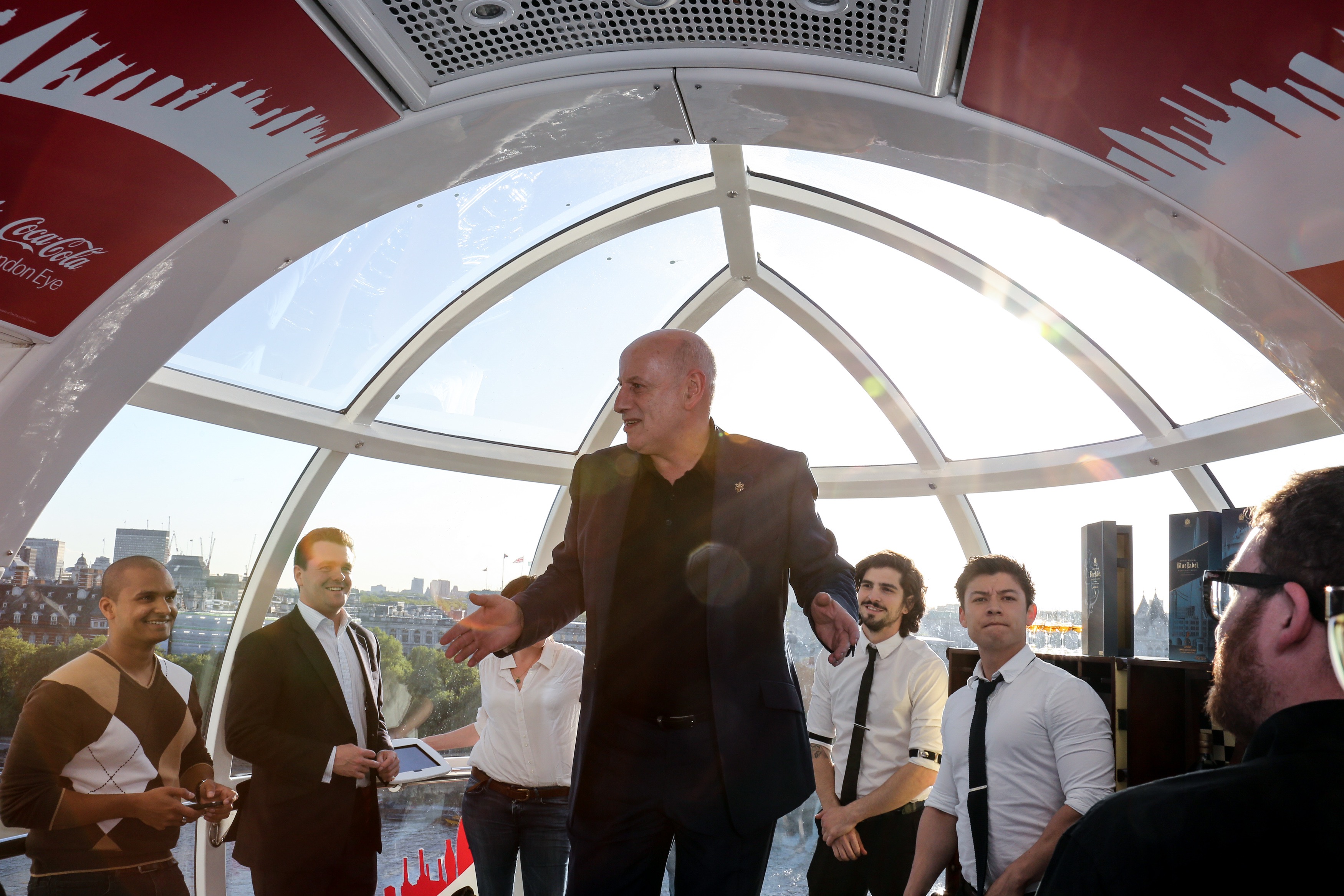 My good friends Sergio and Tom handed round nips of Johnnie Walker Blue served from the new London Skyline bottle. Johnnie Blue takes a full minute to taste and appreciate. Mr Dunn narrates the experience. “For about 7 seconds you’ll feel a tingling sensation…” “And now you’ll feel it on the roof of your mouth…” “And now it’s chewy and now it’s silky”. It’s complteley wonderful being told with such certainty what you are feeling. 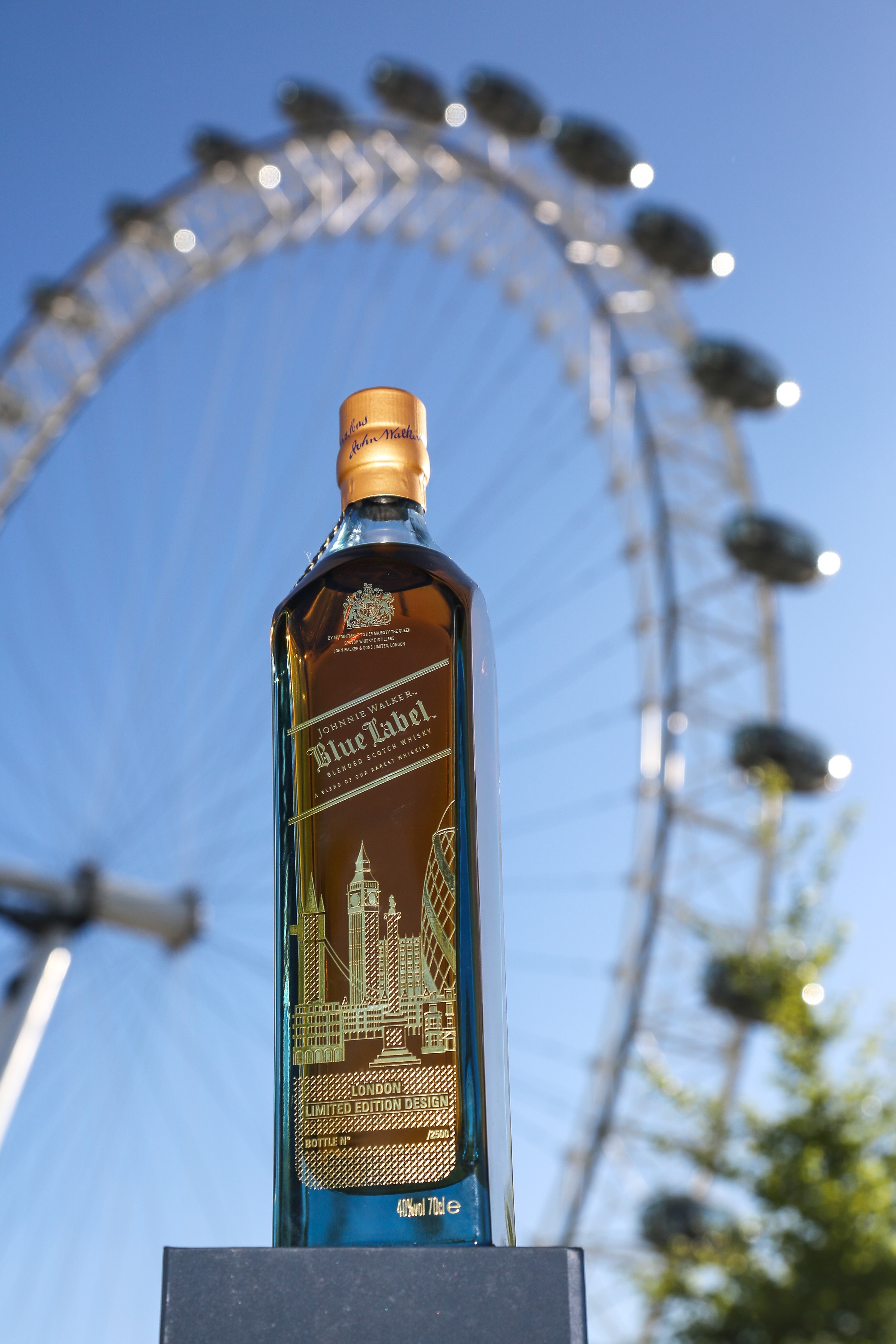 As I swirled the liquid around my mouth I looked down at Westminister and thought and about the infliltration of new Scottish MPs. I thought that everyone, well about 56/58 Scottish people would love nothing better at that moment to be drinking one of Scotland’s greatest exports newly adorned with London landmarks overlooking the Houses of Parliament at sunset. Only a very limited supply of these bottles have been released. I assume they’ve all been gobbled up by Salmond and Sturgeon. Maybe not, maybe I’m just fishing for trouble. Enjoy Johnnie Blue neat. It’s the only way.

You get 19 drinks per bottle from spirits compared to 6 with wine. You get less dehydrated because of the mixer and the ice by drinking spirits. And yet still when you bring round a bottle of spirits to someone’s home they look at you like you plan to turn a little get together into a college rager. It’s time we changed that. In Diageo HQ, there are four testing rooms. A bar, an airport lounge, a convenience store and a home. The home is still the hardest place to encourage people to drink cocktails, but now that you have your simple serve guides you can start bucking the trend of bland birthday gifts.