Drink / Bars / Cocktails / Bottoms Up: 5 Festive Cocktails You Need to Drink in London This Weekend

Bottoms Up: 5 Festive Cocktails You Need to Drink in London This WeekendBy Angelica Malin

One thing we’ve learnt at About Time this week: festive cocktails contain a lot of cinnamon and cream. But we’re not complaining, we ruddy love a Christmas inspired cocktail. Here’s our top tipples in London this week: 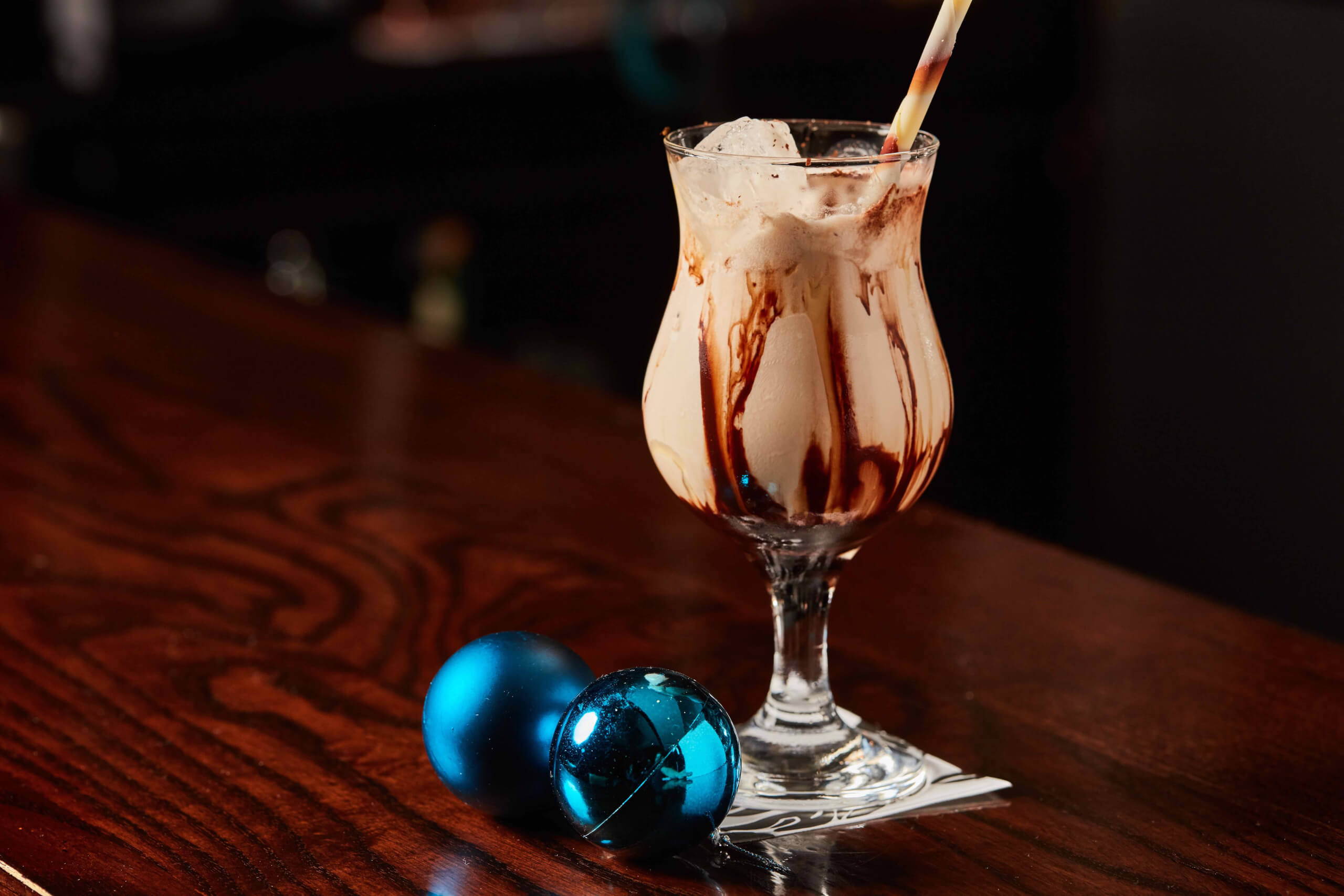 The Story: Avista Bar and Restaurant within the Millennium Mayfair Hotel serve up big Italian eats, alongside fine Italian wines and a mega cocktail selection. The Toblerone cocktail is the bar’s festive drink for December, and does exactly what it says on the tin. This boozy and chocolatey concoction takes inspiration from the Duty-Free favourite, and is a blend of Baileys, double cream and chocolate syrup. We say, skip pudding at the restaurant, and just order this at the bar instead. It’s like a dessert in a glass.

2. For a Gin Cocktail: The Cavendish London 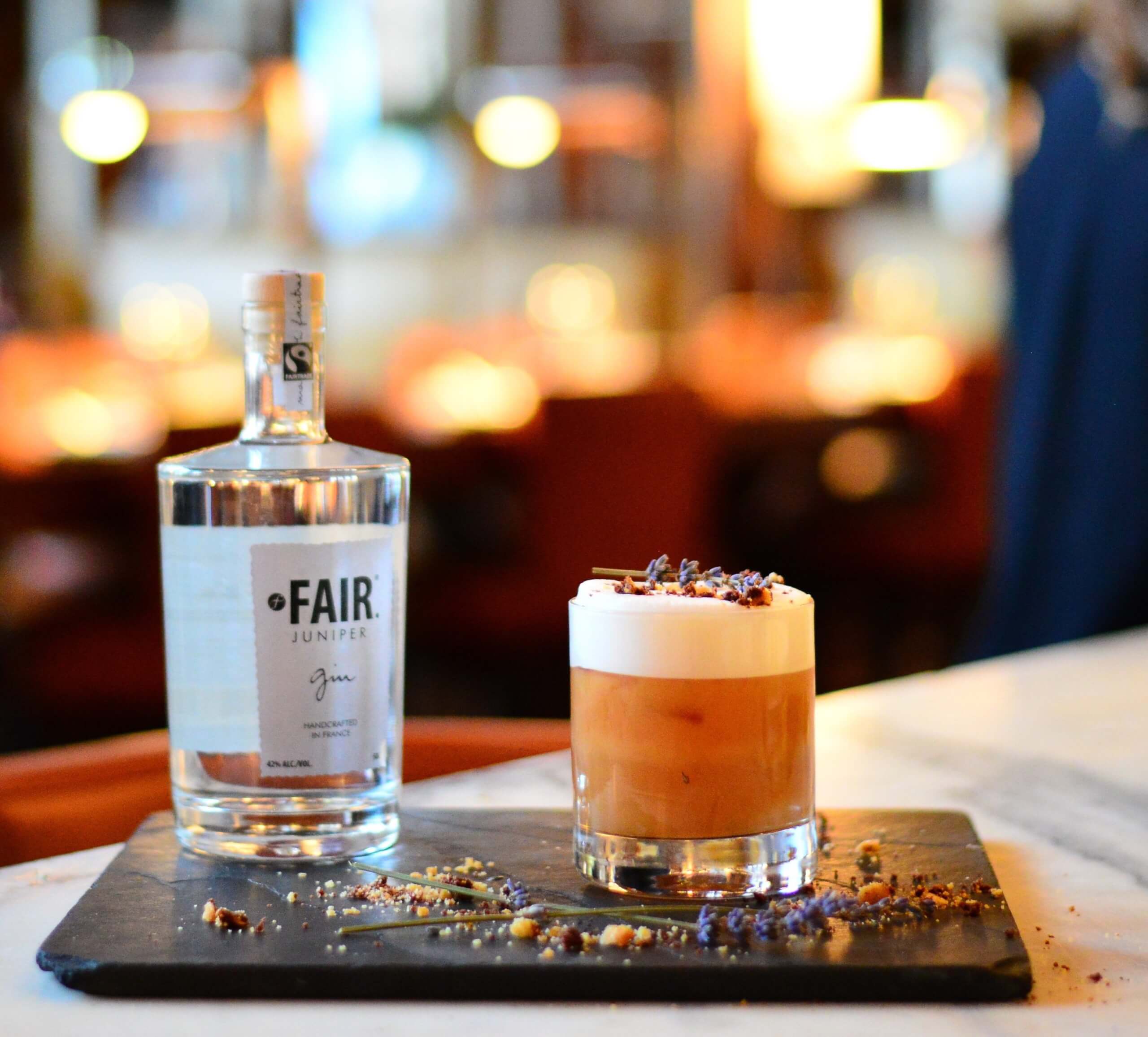 The Story: FAIR has teamed up with 12 of London’s finest hotels in celebration of everything gin and the return of the festive season. Running until the 23rd December, top hotels and restaurants across London have shaken and stirred up a signature seasonal cocktail of FAIR’s famous juniper gin. At the Cavendish Hotel, esteemed bar tenders Raul Armena and Roberto de Vivo have whipped up the Four Calling Birds, a fruity cocktail containing a medley homemade blackberry and cinnamon syrup, yuzu, and red berries foam. Elsewhere, China Tang at The Dorchester offers a take on Two Turtle Doves; FAIR Gin mixed with cranberry, yuzu and Lapsang Souchong bitters, poured from a glass tea pot into a martini glass.

3. For a Fizzy Cocktail: Forge 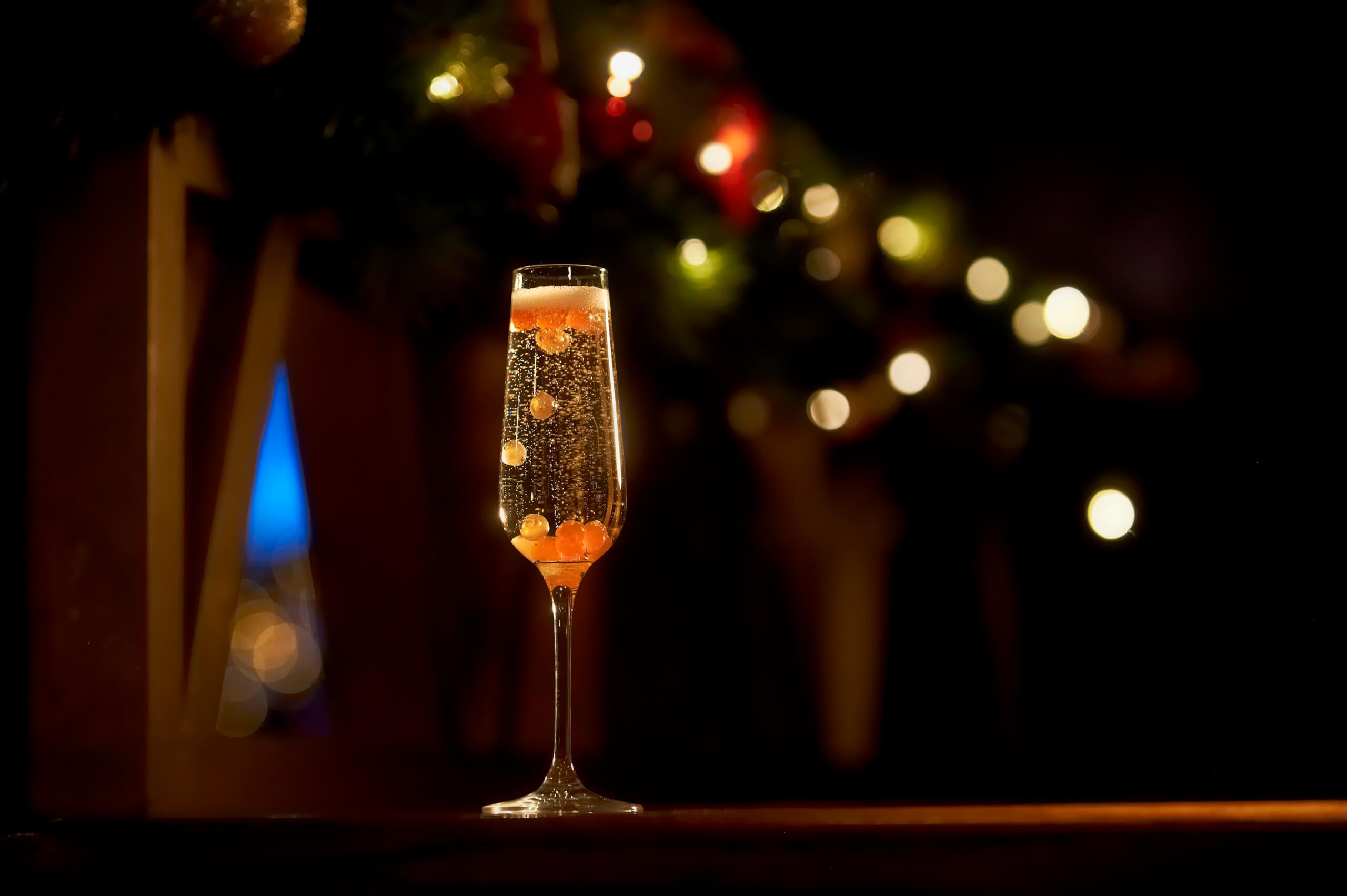 The Story: This festive season, Forge have partnered with Bubbleology to bring the ultimate Christmas cocktail to the capital. Inspired by the classic drink of choice for party revellers – champagne of course – and paired uniquely with Bubbleology favourites, their chewy flavoured tapioca balls, the Late Night London mixologists have created a quirky cocktail. The stars of the show? The Bubblelinis. Our favourite, The Bubblelini Lychee includes G.H. Mumm Rosé and Lychee popping pearls. An alternative to the Lychee that will tickle your fancy, the Bubblelini Strawberry includes G.H. Mumm and Strawberry popping pearls. Forget mistletoe and wine, we’ll have another Bubblelini.

4. For a Vodka Cocktail: Brown’s Hotel 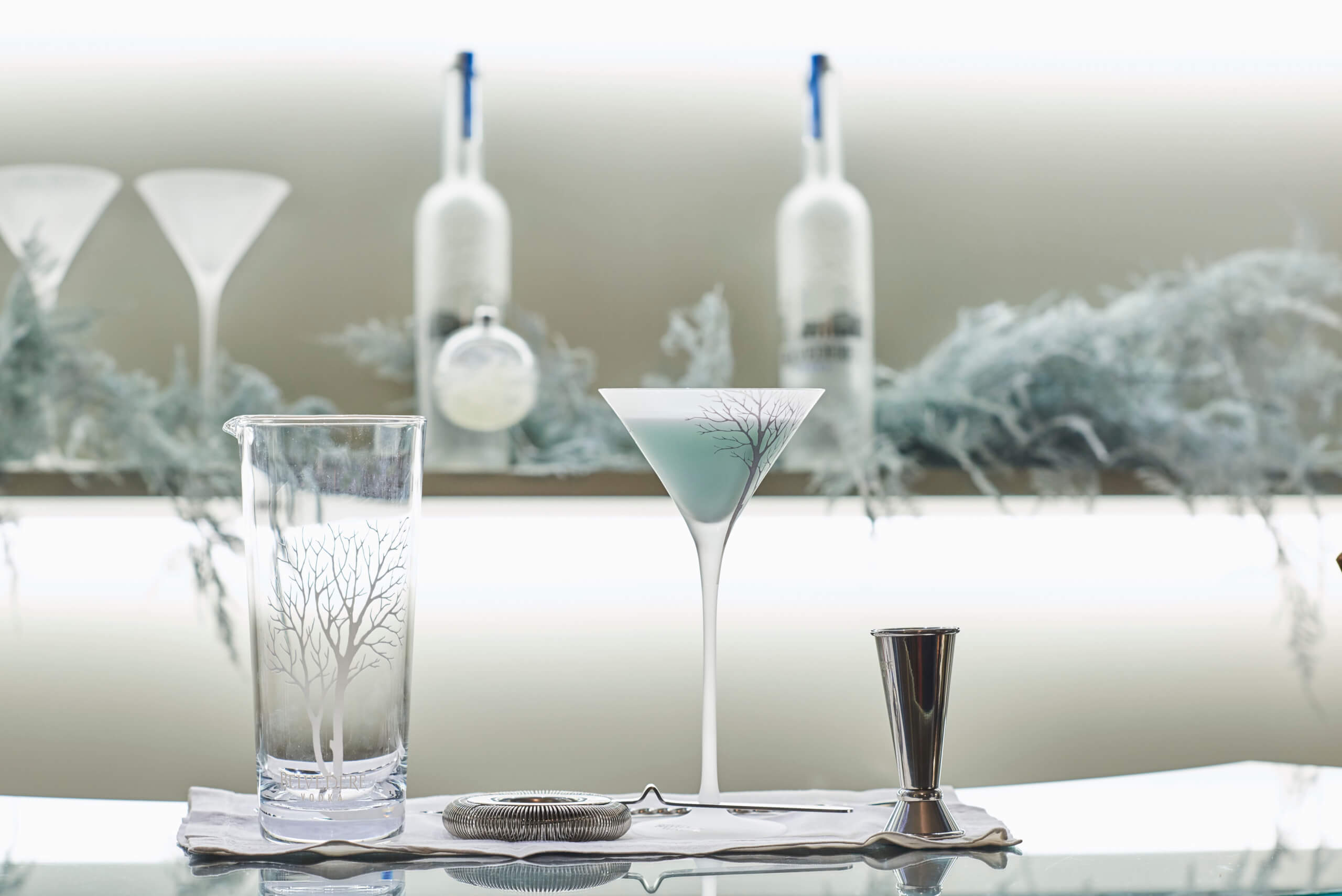 The Story: This festive season, The Library at Brown’s Hotel has transformed into an alpine-style retreat in the heart of Mayfair.With snow decked boughs of festive greenery lining the windowsills and an open fire to relax beside, this festive pop-up bar is the ultimate place to indulge and unwind with the signature cocktail, the Snowflake Martini. The Snowflake Martini is a delightful combination of Belvedere, Blue Curacao, Cacao white liqueur, milk and a dash of cinnamon syrup. This elegant cocktail is garnished with an edible white snowflake and a dash of cinnamon powder then served in a martini glass.

5. For a Warming Cocktail: Plateau 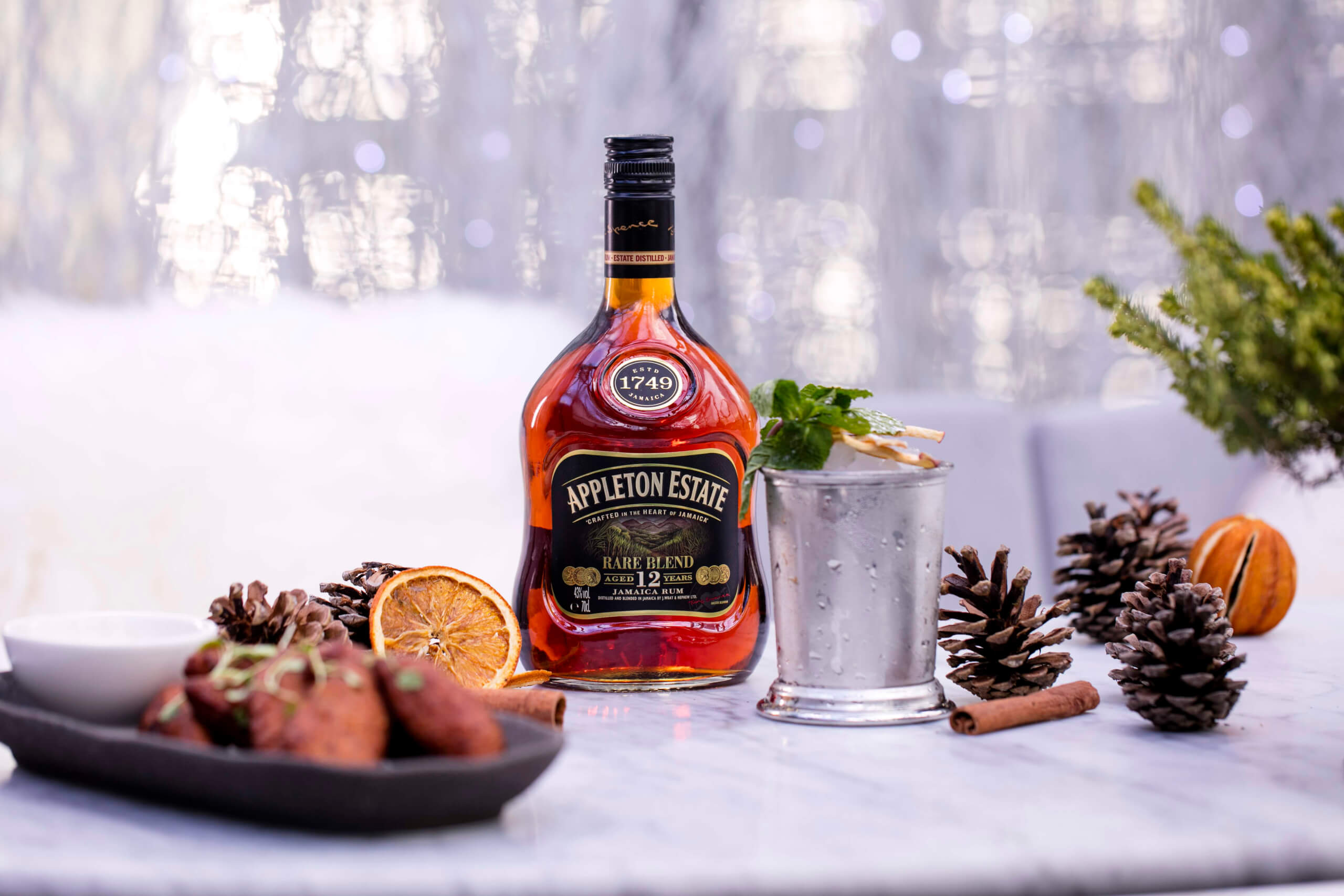 The Story: This winter Plateau will be bringing Alpine chic to Plateau Bar and Grill with a winter pop-up, Off-Piste at Plateau. Located atop Canada Place, the terrace offers fantastic views over the Canada Square ice rink and will be decorated specially for the festive season with snug furry blankets and wreaths to set the scene for a Christmas cocktail or two.  Themed cocktails include the Avalanche, a blend of Appleton Estate Rare Blend, Campari and Mandarine Napoleon, smoked with orange, cloves and anise; Thyme to hit the Slopes, a potent drink of Wild Turkey 101, Amaro Averna, fresh orange, lemon juice and thyme; and The Fire Place, a hot serve featuring Appleton Estate Reserve Blend, Kings Ginger Liqueur, Grahams Six Grapes Port & Wray, and Newphew Overproof rum.