Share9
Tweet
Share
Pin
9 Shares
“Biology, Chemistry and Philosophy”
“No way. If you’re doing two sciences you have to do Maths or a third science. Alright maybe Economics, but not Philosophy”
“But I like my subjects and I’m good at them and maybe universities will like my versat…”
“You can’t be arts and science. It’s one or the other.”
Up and down our disunited kingdom, teenagers are boxed up and sent to former industrial towns that now only manufacture student debt. It takes a brave man to study art then biology and then philosophy. Your parents and your careers advisors will tell you such diversity in your higher education path might give future employers the impression that you lack conviction. Fortunately, Ryan Chetiyawardana is a brave man and as a result, White Lyan is a brave bar. 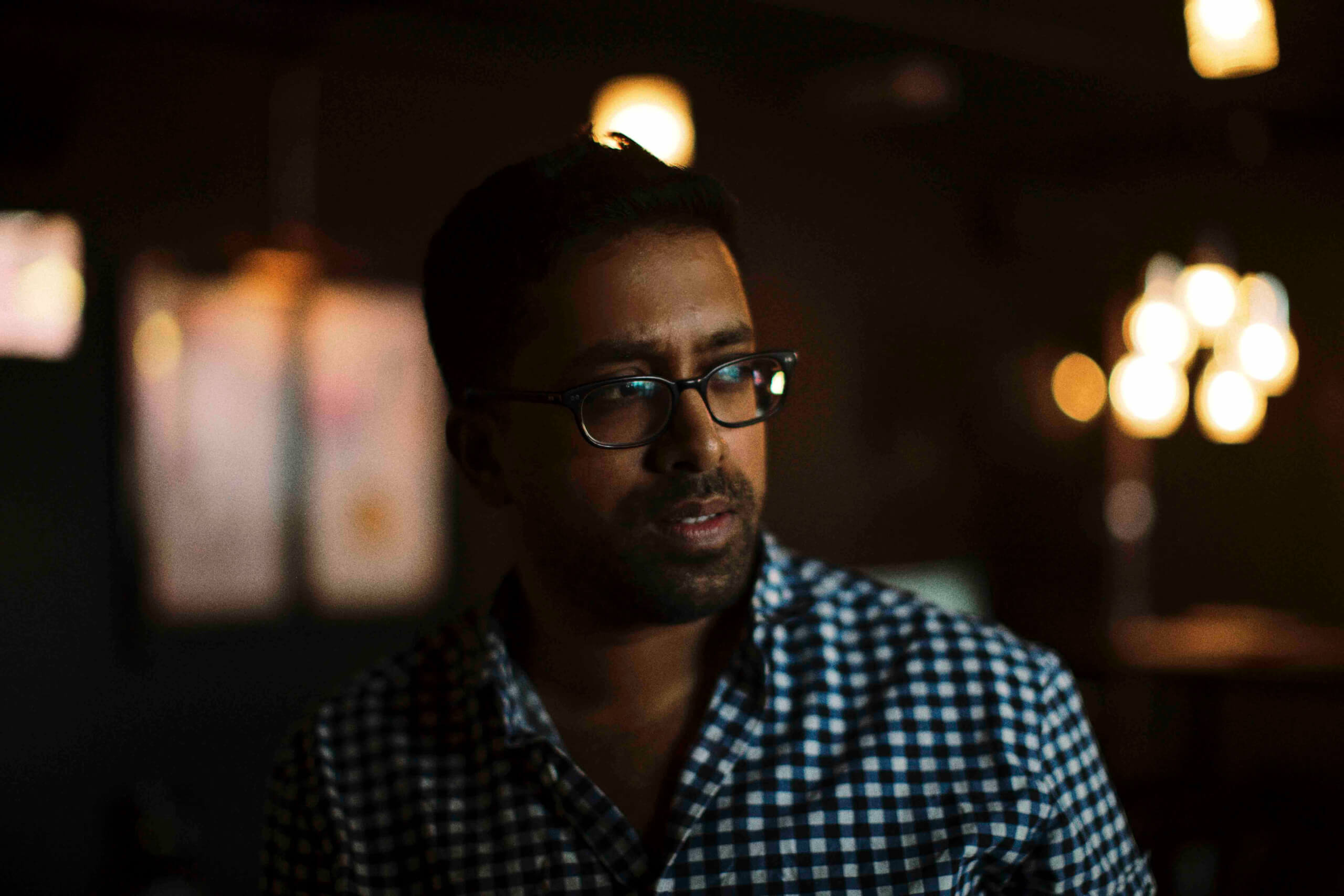 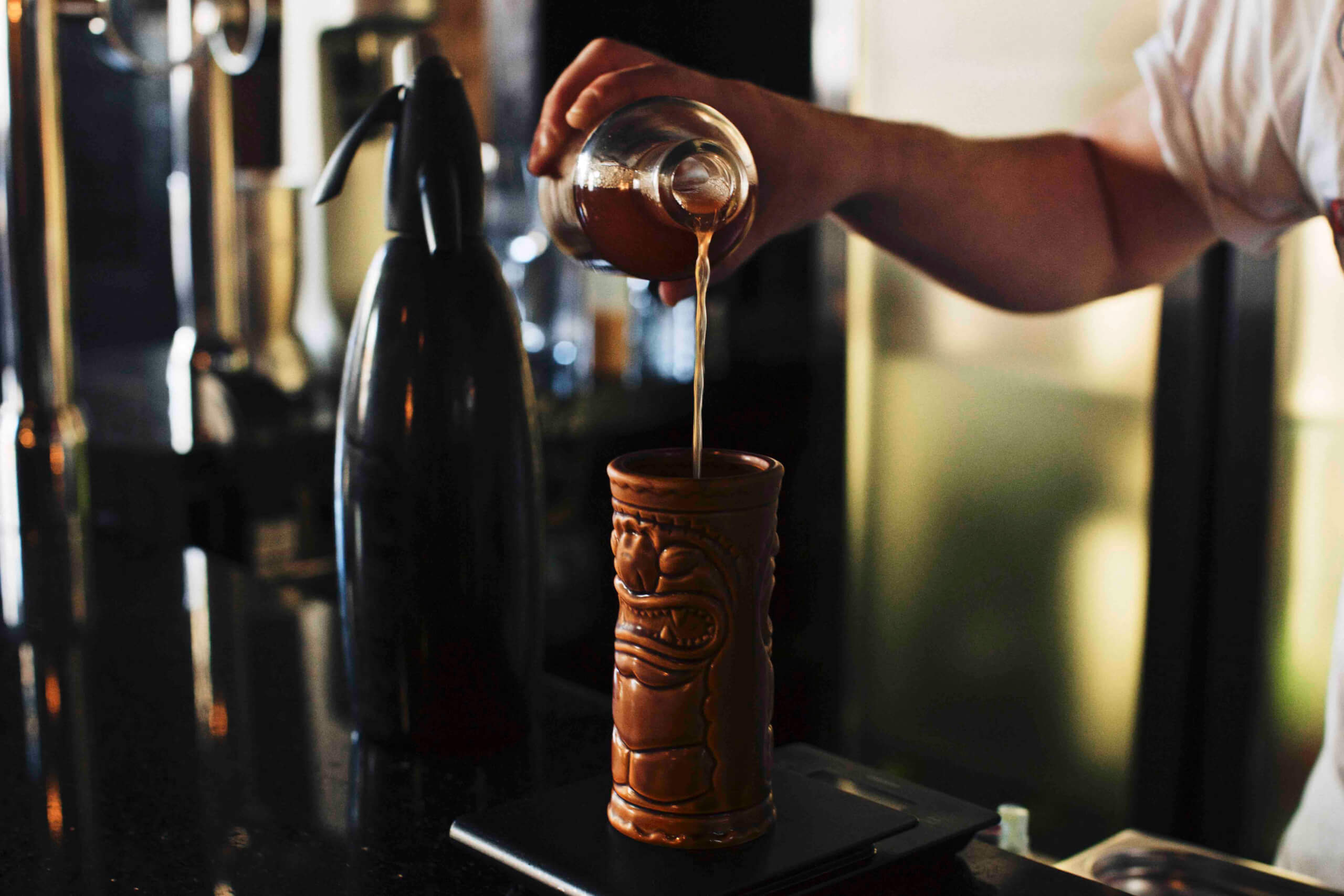 There is a certain aversion to tech and innovation in the drinks industry. Perhaps it’s because a drinking hole is the only escape from the dimly lit rectangles we stare at all day, but while that guy is on his tablet trolling a Love Island contestant and that girl’s Instagramming her bar snacks, I do struggle to believe I’m actually in a Blitz bomb shelter, Mrs Miggins’ pie shop or locked in a fridge. It is baffling to me that a speak-easy can have Twitter. Either ban the phones or abandon the illusion. 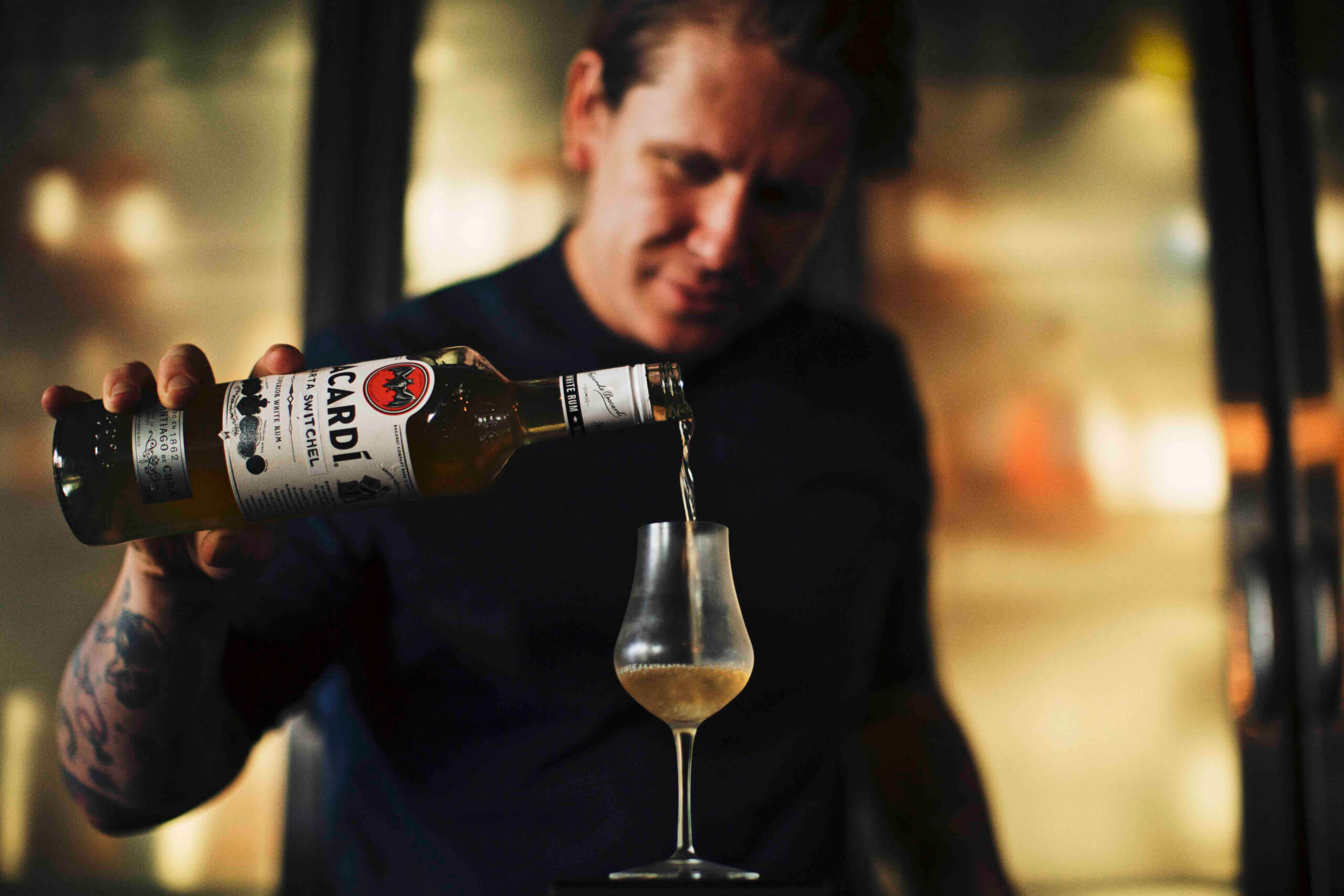 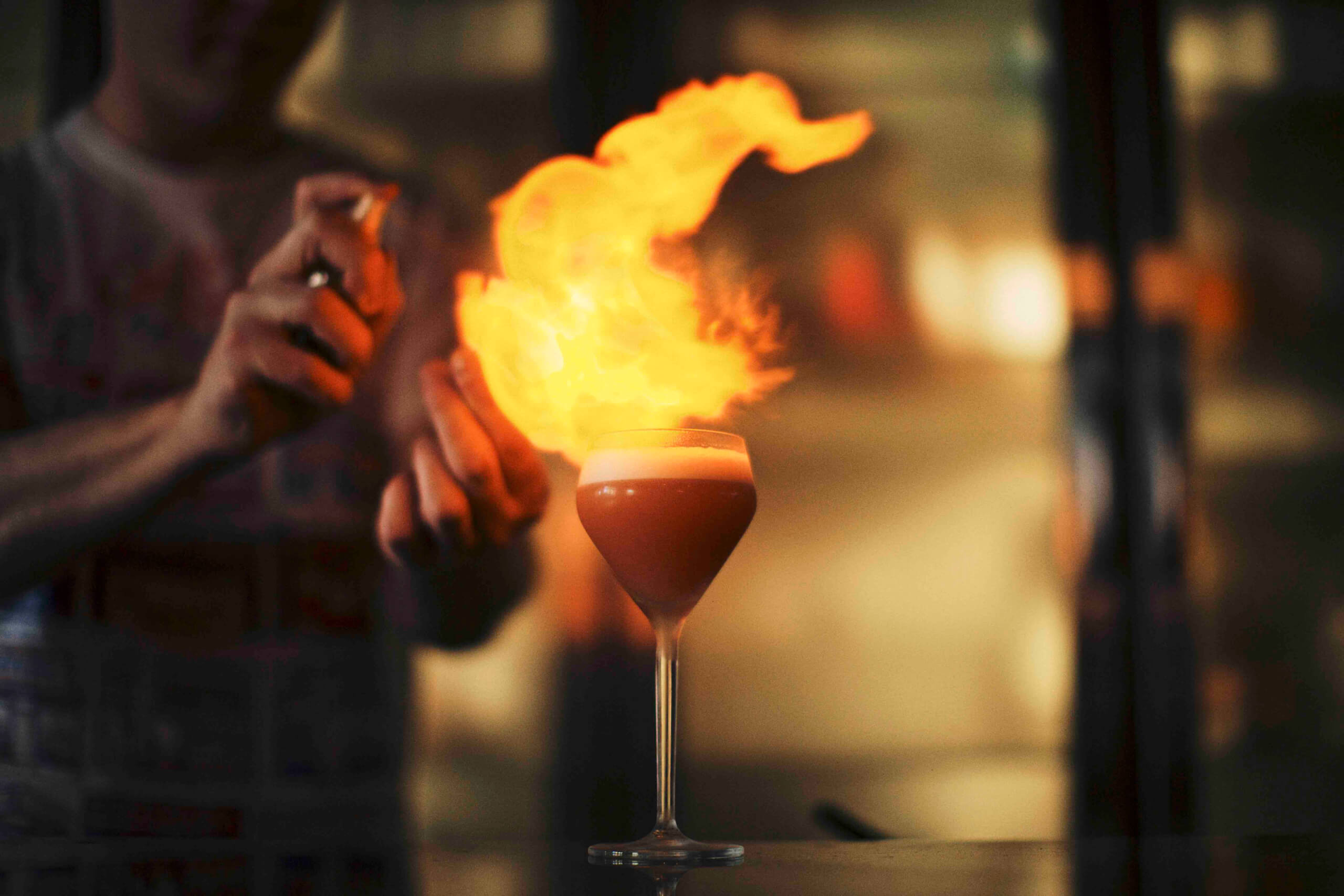 The very existence of a back bar is anti-modern. As a society, we are shying away from collections, displays and the accumulation of stuff. Our old individual possessions have been engulfed by mobile devices. Where once we had a watch, alarm clock, CD player, map, camera – now we have a single handheld item. But the trend in bars is to accumulate yet more stuff – a different vessel for each drink, 15 kinds of bitters, the largest whisky collection in Europe. Offices are paperless; bus drivers won’t accept cash; plastic carrier bags are taxed and yet a bar can throw out 300kg of glass per week. 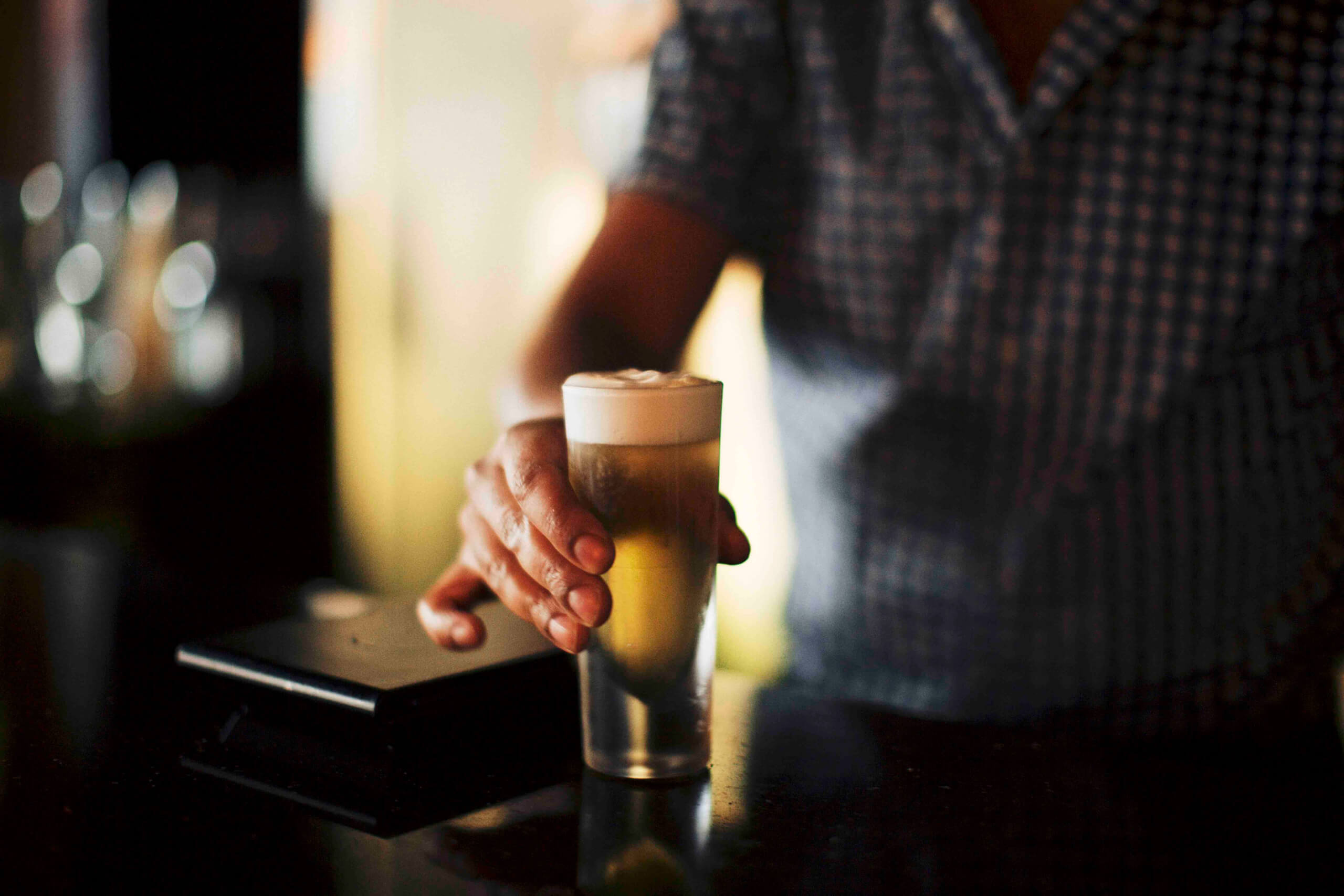 Perhaps it’s because bar owners are the dreamers that refused to stare into rectangles, but there is this zeitgeist across the industry the bar should be a place of escapism and by extension, a place of archaism and nostalgia. Bars are so entrenched in the past that even Diffords Guide writes of White Lyan the “much-lauded theatre of modern mixology is practically eliminated but that’s okay” and yet ‘mixology’ is differentiated from bartending in terms of it’s preference for biochemistry over the theatre. What they mean is modern bars rely on the ancient art of theatre and on that basis one would be tempted to call White Lyan futuristic. But it’s not. It may just be the only bar I have ever visited that is modern. 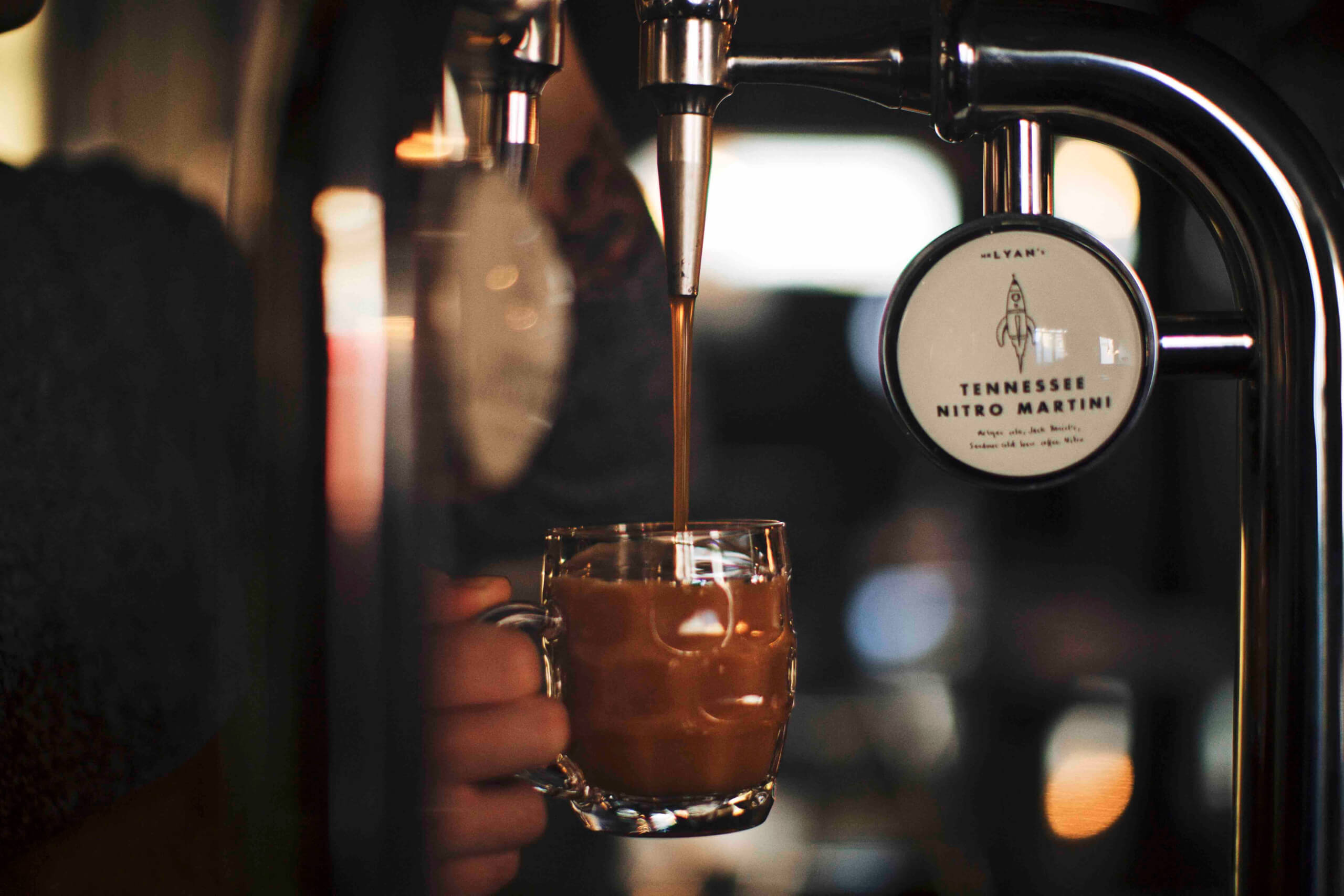 The impatient people of the world of instant gratification do not suddenly gain patience because they have entered a room that looks like when patience was a virtue. If 18% of people read a whole online article and the attention span for a video is now under a minute, they are going to struggle to wait ten minutes for a drink and resent rather than appreciate the accompanying performance. White Lyan is a factory by day producing pre-bottled cocktails ready to serve by weight immediately as if you were pouring a glass of wine from the fridge. 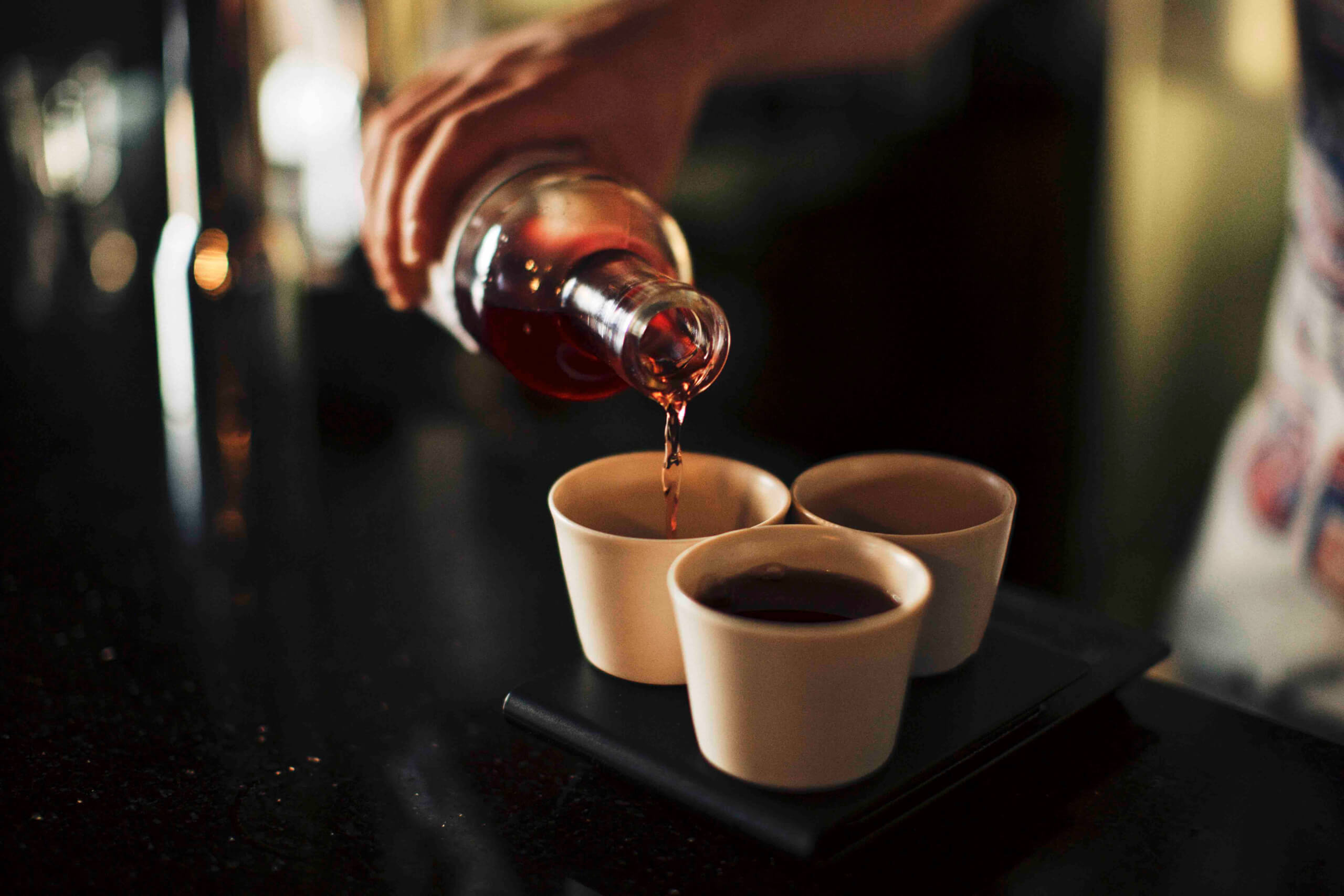 White Lyan challenges the relationship between chilling and diluting a beverage. The moment room temperature liquid comes into contact with ice, the ice will crack, the crystal formations will begin to break and the process of dilution begins. The White Lyan fridges are kept the perfect temperature that allows the beverage to remain chilled whilst it is drunk, but without the dilution. Cheaper, fast-freeze ice used in pubs, art gallery events or student clubs will melt so quickly that the second half of the beverage will be impure water and therefore a shadow of the drink of the first sip. I find the worst case of a drink of two halves is a sour. The distinctive division between foam and liquid looks and feels divine, but the moment the ice begins to melt the emulsion becomes too weighted towards water over oil and the trapped air in the foam is flooded by the dilution. Je deteste. White Lyan through the contemporary invention of a temperate fridge has turned our glasses half crap to glasses half full. 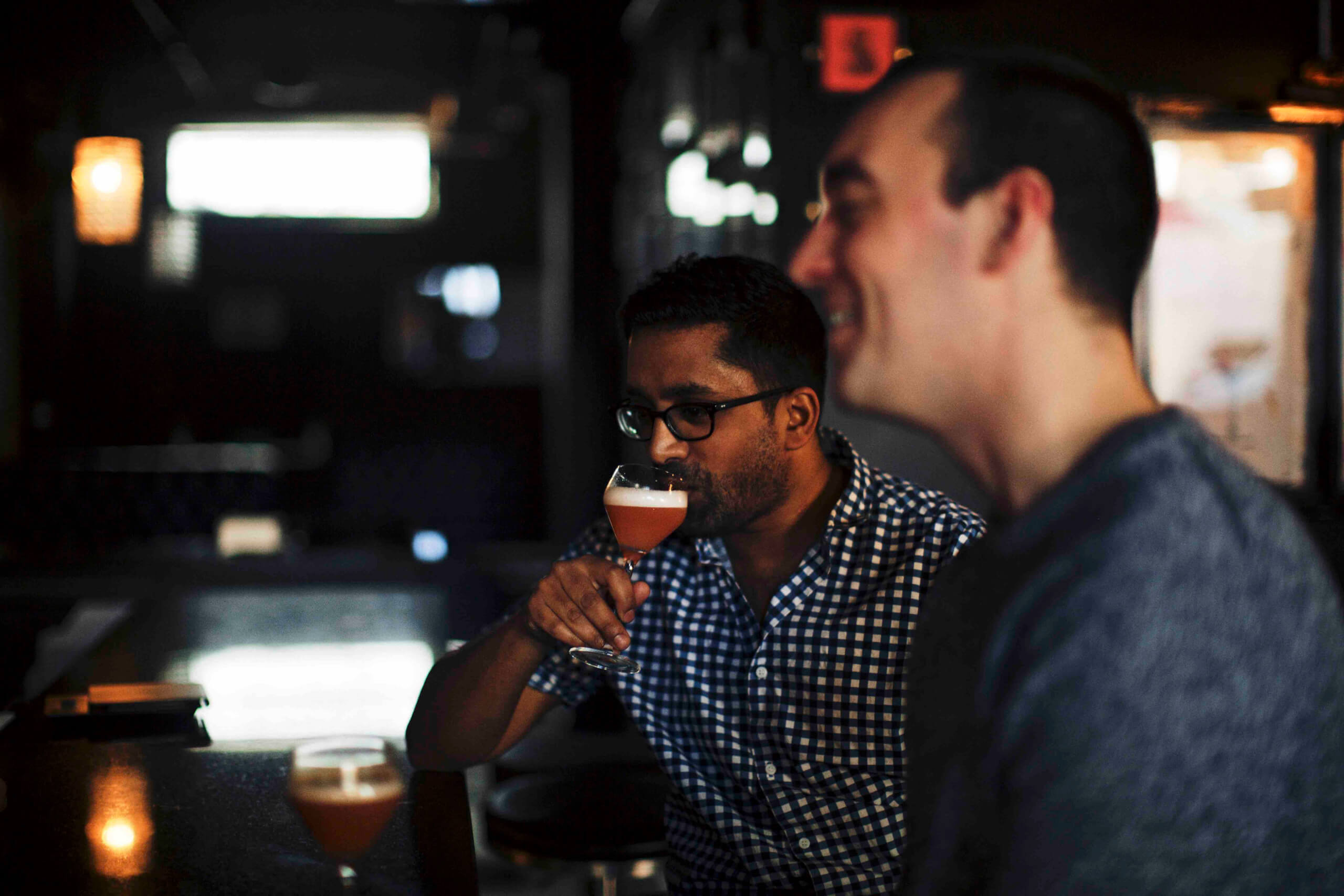 There will be people who love cocktail bars who won’t like this bar. They will miss the ice, fruit and trimmings. But its about time a bar took its barflies out of Boardwalk Empire and into Total Recall to at least open our eyes to what it means to be a modern bar.
White Lyan, 153-155 Hoxton St, London N1 6PJ
Share9
Tweet
Share
Pin
9 Shares