If this summer is proving anything, it’s there’s nothing better than a good ol’ British staycation. With big holidays out of the window this year, summer 2021 is all about travelling at home. Whether you’re off to Scarbados (Scarborough), Costa Del Blackpool or living it up in Margate, it’s fair to say that over the coming months Brits are going to be flocking to the seaside for some paddling and a stick of rock.

Celebrating the Great British Staycation, Chicago’s Goose Island Beer Company have released an ‘extremely limited’ new beer – Coast To Home – which feels remarkably fitting for this summer (because who doesn’t love a beer on the beach?). 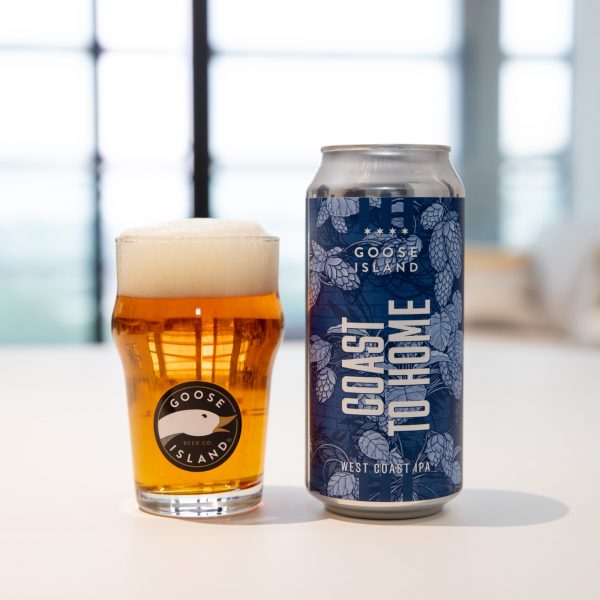 Arriving in a fancy wooden box with some postcards and Goose Island branded rock, we were immediately transported to the British seaside (all that was missing was paying £4 for a Mr Whippy), with the big cans (440ml) a gorgeous shade of dark blue. Press notes provided say the beer is a ‘deliciously bitter’ West Coast IPA, but different to others of its kind in the way three types of hops are brought together for a refreshing and tropical taste that’s bracing and bitter – much like the seaside. 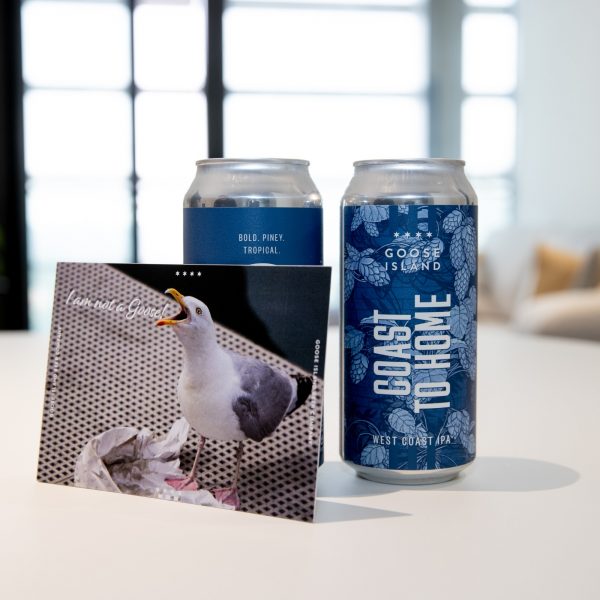 At 6.8% it’s fair to say it knocked our socks off, but what followed was a beautiful mix of flavours; sweet biscuity notes complimenting a tropical undertone (with some pine in there to boot). With such a high percentage we thought the beer would be heavy, but instead, it was incredibly drinkable with flavours staying on the tastebuds long after the first sip. If we were bedding in on the beach for a long day of paddling and sunbathing, we would happily pop some of these in a coolbox and polish them off throughout the day.

If you happen to be heading to the seaside this summer, and want a fitting beer to accompany the trip, you can’t go wrong with Coast To Home.

Coast To Home is available to buy now from the Goose Island UK website.