If you hadn’t noticed, the world feels like it’s on fire at the moment, and climate change has been more of an important topic than ever recently. We realise that’s a bit of a bummer way to start an article, but the truth is the environment is changing, and that is undoubtedly going to affect our food and drink choices.

Take for example the humble pint of beer – we didn’t know that growing conditions were rapidly changing with unpredictable weather, meaning it’s becoming more difficult to produce hops (the main ingredient in any beer from Sainsbury’s own lager to a high-end IPA). 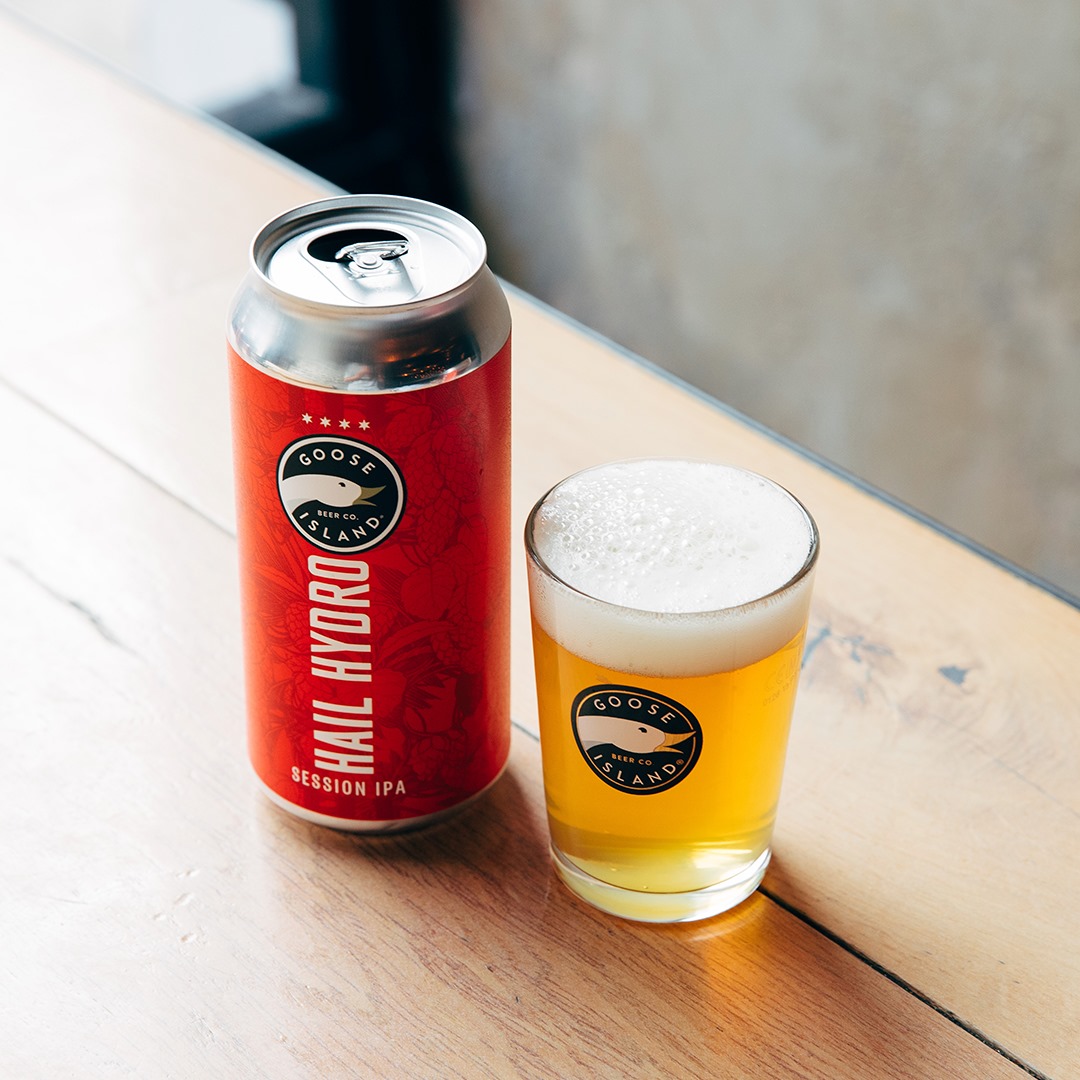 Luckily, certain brewers are taking note of these unexpected changes and doing something about it, most notably Goose Island who have created ‘Hail Hydro’, a new session IPA crafted from hydroponically grown, futureproof hops.

For context, hydroponic hops are grown indoors in a vertical farm (in this case from a company called Aerofarms) without soil and using 95% less water and pesticides, making it better for the environment and meaning that in theory, they could be grown anywhere in the world.

Most importantly let’s get to the taste; hazy in colour, the session IPA has a citrusy aroma to it and a juicy mouthfeel. Maintaining a bold aftertaste, it feels heavier than other comparable sessions, but it would still be easy to put away a fair few of these on an autumn afternoon (for reference, we were sent two cans which we polished off in an evening).

Packing a punch but also doing good for the future of beer, Hail Hydro is another smash hit from Goose Island, and we’re excited to see what’s next in their ‘Impossible series’.

Hail Hydro is available to buy here, and more info can be found at @gooseislanduk.