Knowhere Special in Kentish Town is a little difficult to spot from the outside, and could be mistaken for something seedier with its red lantern, but as soon as you lock eyes on it, you get a rush of what-is-that-I-have-to-have-it-right-now. It doesn’t have the same polished feel as bars in Shoreditch, which carefully cultivate a lived-in look, but it pulls you in. Some of the touches feel a little random, like the graffiti and artistically-placed laundry above you in the entrance, but not sticking rigidly to a theme is part of this tiny bar’s charm. 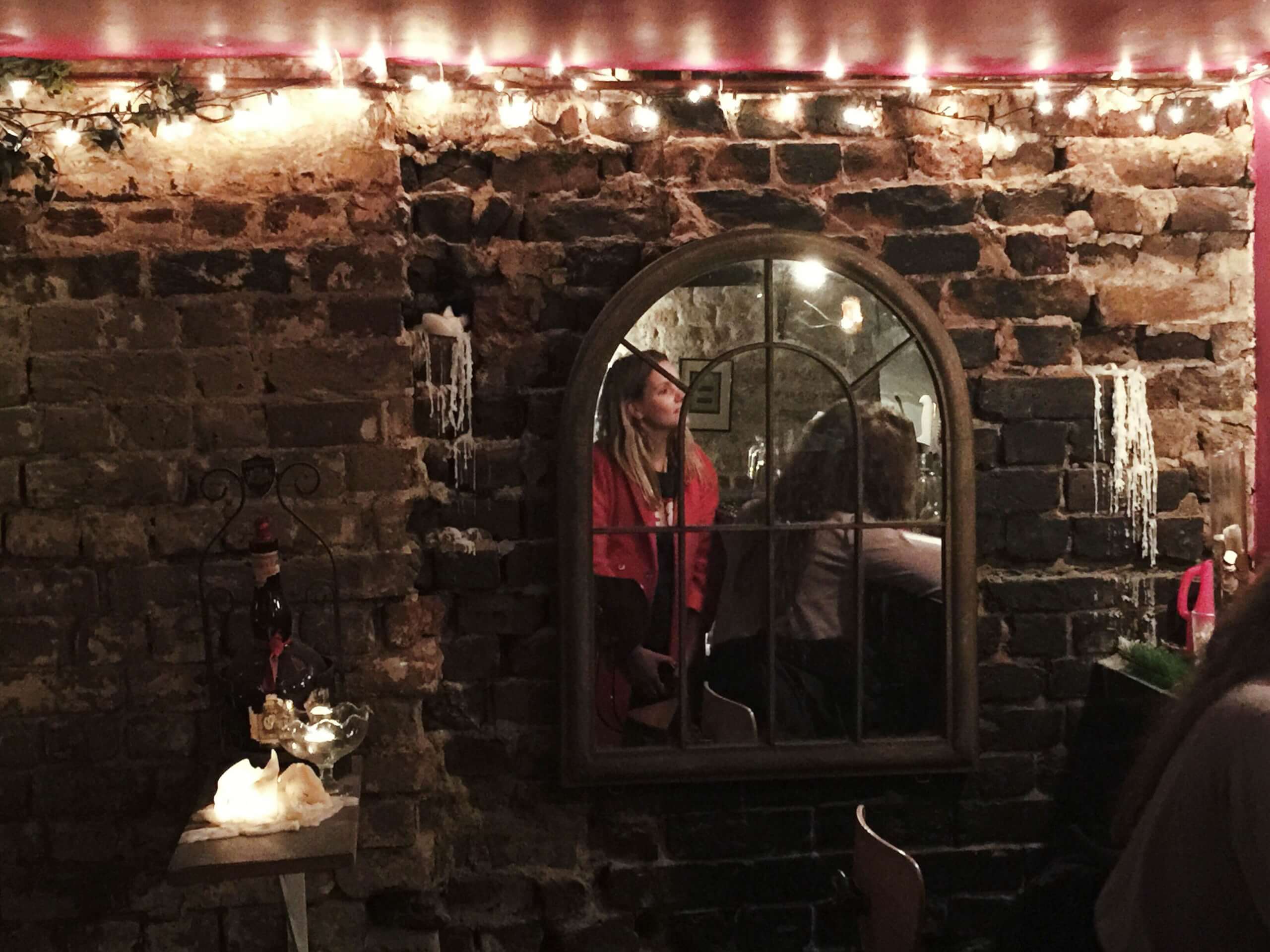 My friend and I are initially a little apprehensive of going downstairs, with no idea what to expect, having never heard of this place. Once we’re in, the first thing I fall in love with is the furniture. The result of hours spent trawling antiques fairs and flea markets, the owners have some really beautiful finds. Again, the overall effect is like it’s been hastily thrown together, but this is likely due to it being designed by normal, creative-minded people rather than by an interior designer following a brief.

To clarify, it looks bloody great. Vintage wares, candlelight, pokey subterranean caves and old knick knacks provide a kooky and romantic backdrop. It has all the fun of a ‘neo-speakeasy’, but it’s totally unpretentious. 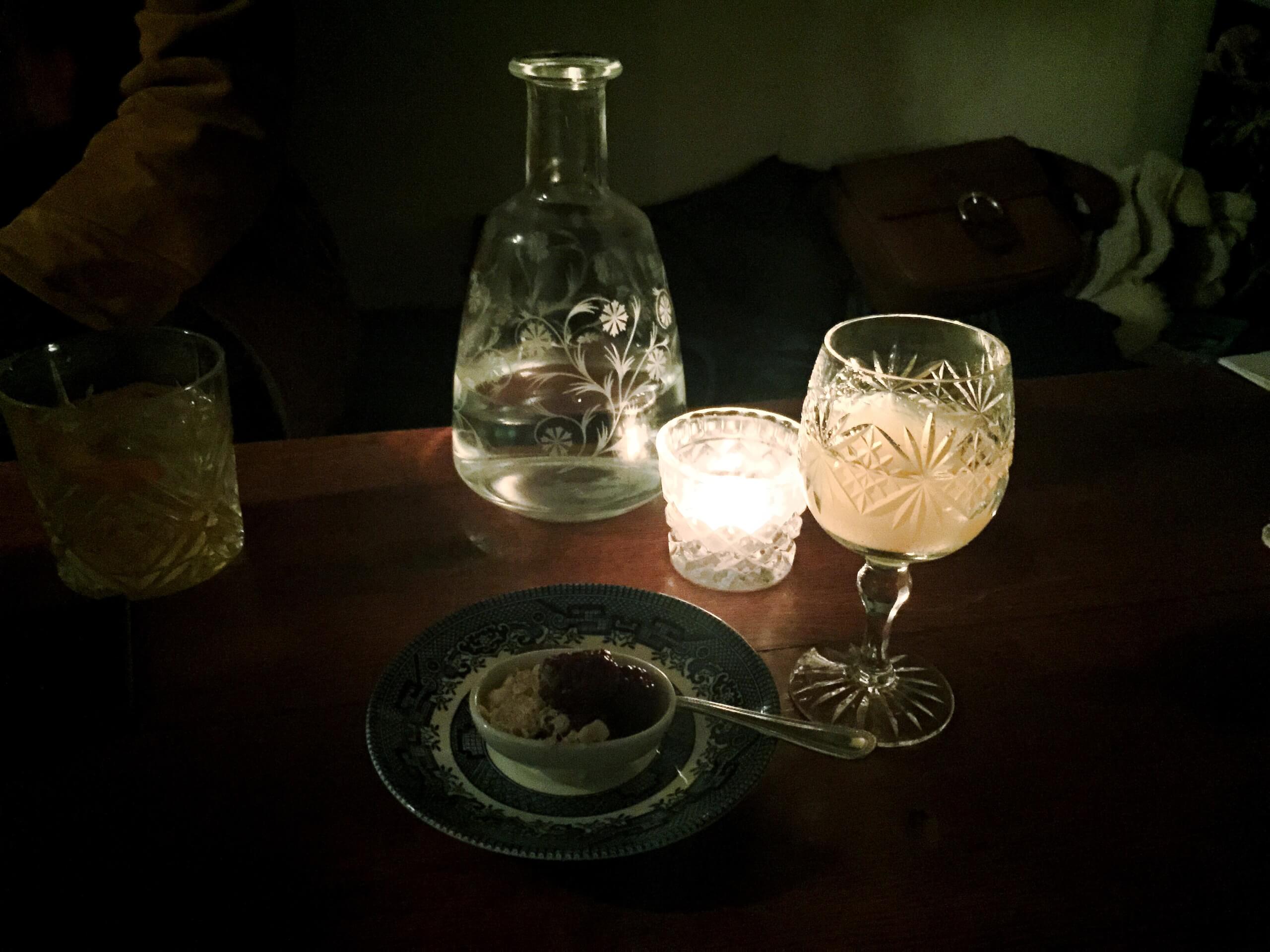 The cocktails are evidently a source of pride here. The owners are a North London couple called Ash Clarke and Helen Gay, with backgrounds in cheffing and mixology, and they also own the bakery-cafe-restaurant upstairs called Somewhere Over Knowhere. Note to self: must try the homemade breads there soon, word on the street (er, the internet) is that they’re amazing.

The house special cocktails at Knowhere Special (around £11) are totally delicious and unique, like nothing I’ve seen on a cocktail menu before, and finished with a garnish of specially paired food. We tried a Friars Luck which had a few ingredients I hadn’t heard of, arrived in a very handsome cut glass tumbler, and came with tiny freshly made toffee apples and orange flavoured chocolate.

We also sampled a Bramble On which included a pepper-infused spirit and Zubrowka vodka, and was described by the barman who delivered it as a “savoury cocktail”. The Bramble On was packed with flavour and certainly unusual, though personally I have quite a sweet tooth so I was more interested in the mini crumble that came with it.

The owners tell me they are always changing up the cocktail list as soon as another wacky idea comes to them. Sometimes inspiration strikes in the form of an interesting vessel which needs a suitably quirky drink to go in it, other times it’s more poetic: “We’ve been asked by a customer to make a drink that tastes like a ’67 Jag on a cold morning”. As for the edible garnishes, owner Helen feels that whether the food is molecular, or traditional home baking, it should match the drink rather than having “no relevance” like a traditional wedge of lime does. 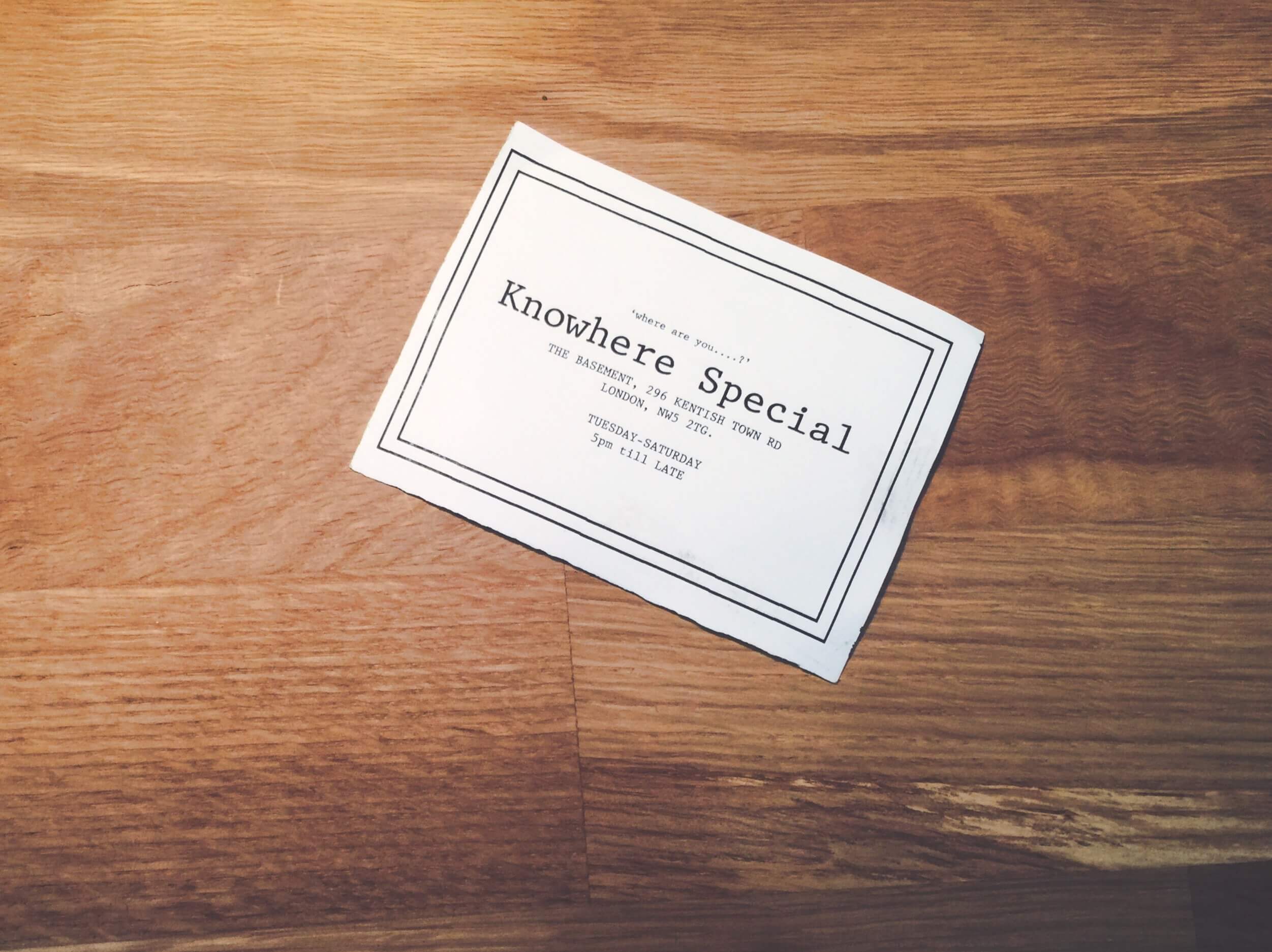 If £11 is too high a price for such creativity, even their standard cocktails without the food (around £6.50 to £8.50) are damn tasty. The Penicillin feels suitably restorative – it’s got rum, fresh ginger, lemon juice and honey, and you can also swap the rum for whisky if you so desire. In a bid to coax you into trying the cocktails, there is very little else to drink. On the menu you’ll find the very descriptive ‘wine’ (£3.50) or ‘beer’ (£4) or ‘something non-alcoholic’ (£2).

Do note, it’s table service only due to the small size – we got ticked off for trying to order at the bar. But despite this quirk, they do deliver brilliant customer service. The barmen are friendly, knowledgeable and passionate about the drinks, they give you popcorn and they’re there to help out just often enough.

If you’re not looking for an evening of posh cocktails, then perhaps stick with their small tumblers of wine, and guzzle them down with a Curly Wurly or a packet of Frazzles (really). Book ahead if you’re planning to visit, as it can only fit around 30 people. And if you don’t manage to get a seat, the pub next door The Assembly House has beautiful high ceilings and a fun crowd. 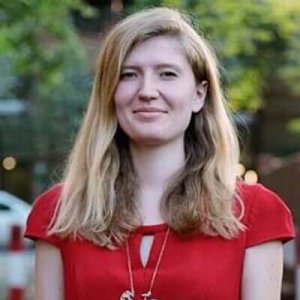 Lauren Ingram is a freelance journalist, interested in the arts, technology startups, and putting too much sugar in her tea. She has written for the Guardian, the Debrief, and under a pseudonym for AFT. Lauren has a penchant for charity shops, vintage furniture and plastic bananas. Twitter @fakebananas