The snow is fun and all, that is, until you have to battle the tube system, wrap up like you’re off on an arctic expedition for ten days, and try and find some shoes that have a decent amount of grip so you don’t stack it on the way to work.

We’re just going to stay inside and wait for it to all blow over. Unfortunately we can’t, because you know, jobs.

If you’re venturing out, stay toasty with these winter warming drinks. Sometimes a cuppa just doesn’t quite cut it in these conditions. Happing sipping: 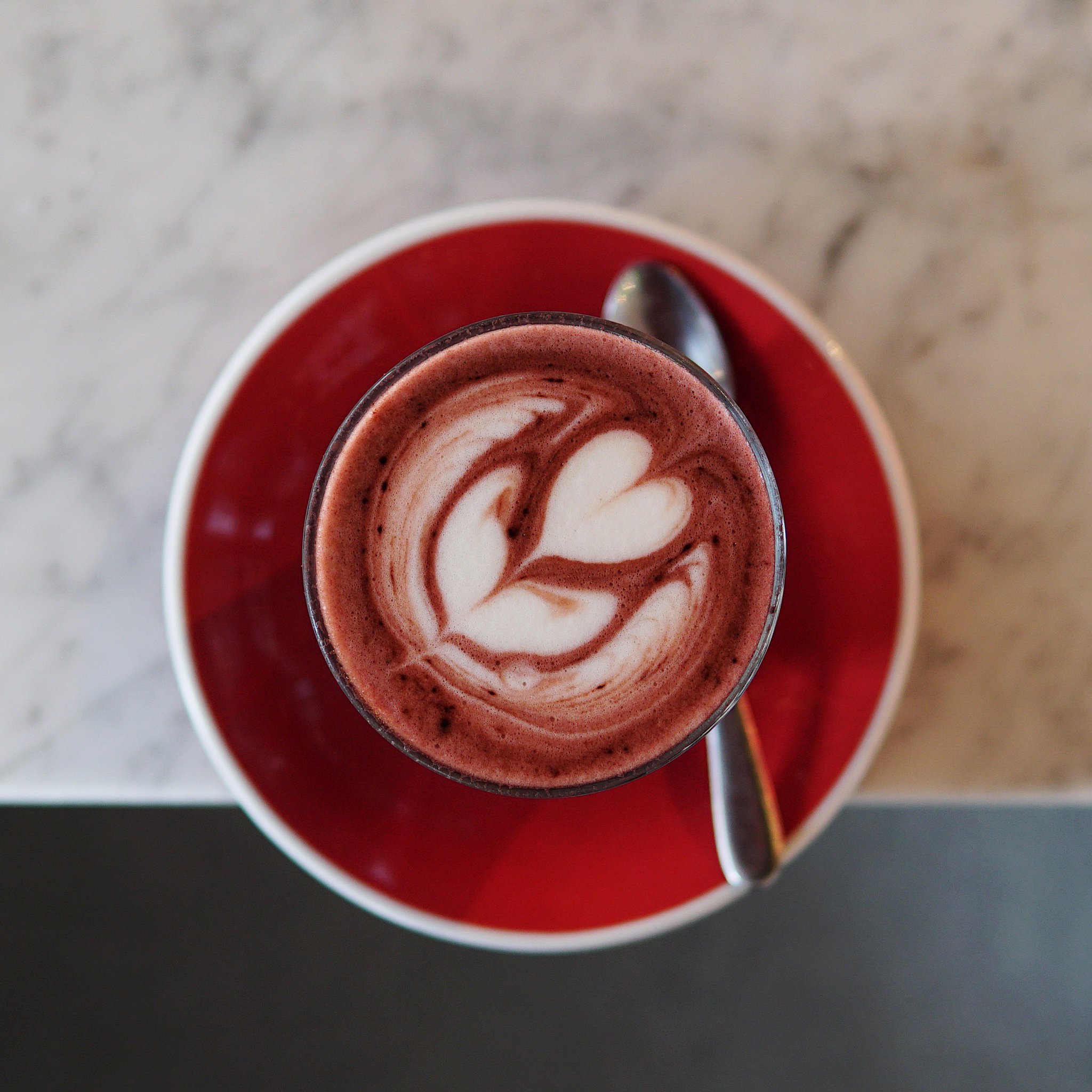 The Run-Down: Did you just run read the description? This is literally the dream. A rich and creamy hot chocolate infused with some red velvet pizzaz. A cupcake and chocolate combo is one we can get on board with. The mixture of sweet red velvet and rich milk chocolate is truly special – get it with dairy-free almond milk or soya milk if you wish. 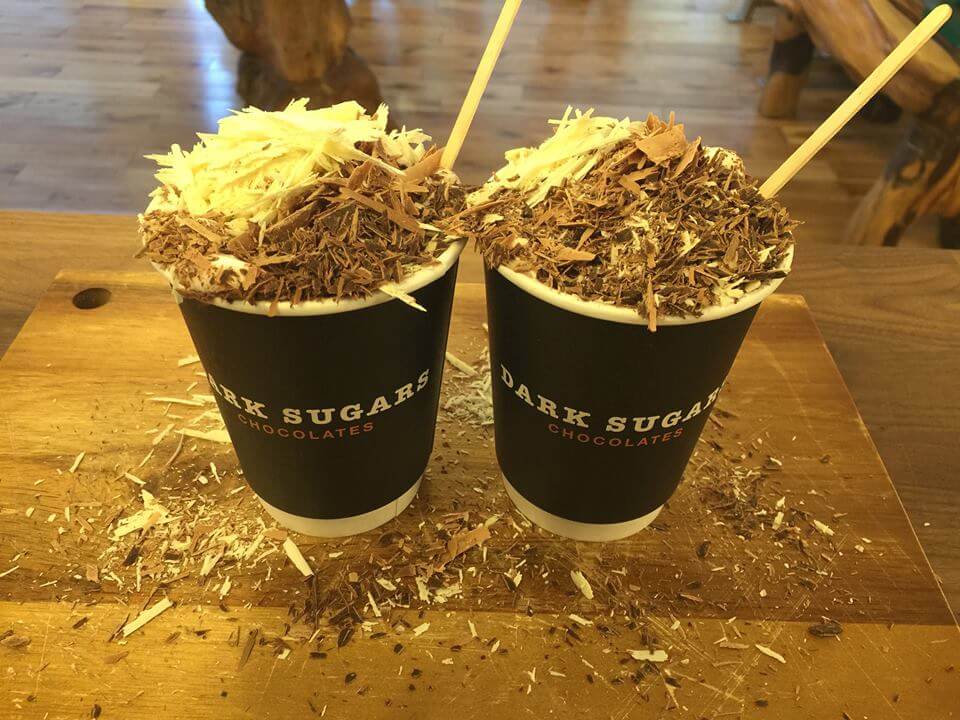 The Run-Down: They do things properly at Dark Sugars. If you like thick, continental, hot chocolate – come here. You choose either dark, milk or white chocolate to be hand cut, which is then placed at the bottom of your cup and warm drinking chocolate is poured over it. The chocolate solids melt into the drink and you can expect a total mouth sensational. Fact.

3. For a Boozy Chai: Dishoom 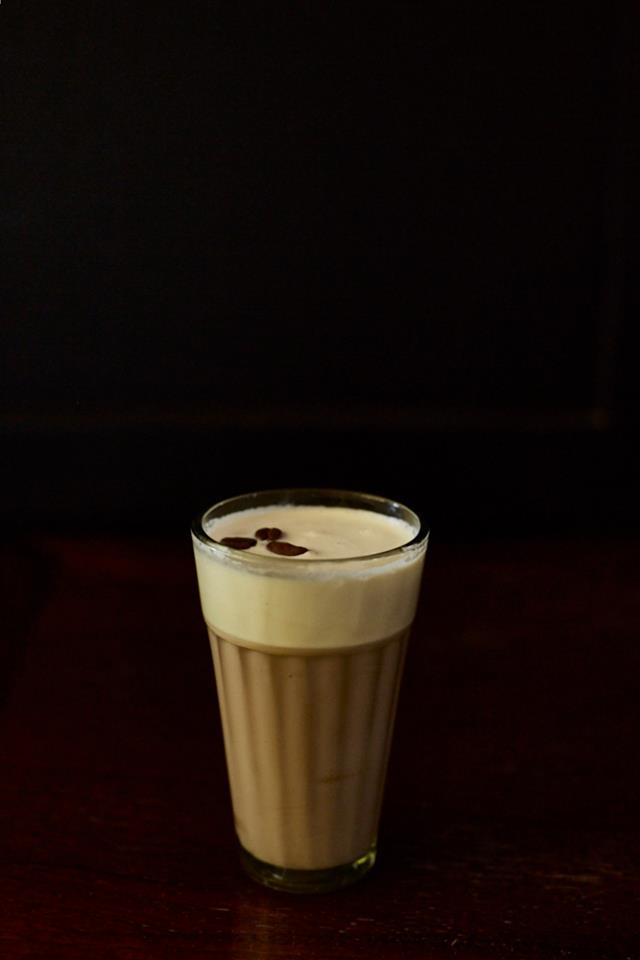 The Run-Down: Everyone goes wild about Dishoom’s bacon and egg naans (whoever decided to put these two breakfast greats into a naan deserves a bench with a plague on it) – but its Dishoom’s Baileys chai that also deserves praise. The comforting glass of boozy, spiced tea is, quite simply, unbeatable. Forget any other chai you’ve had before, this alcoholic number will certainly bring back the colour to your cheeks.

4. For an Irish Coffee: Swift 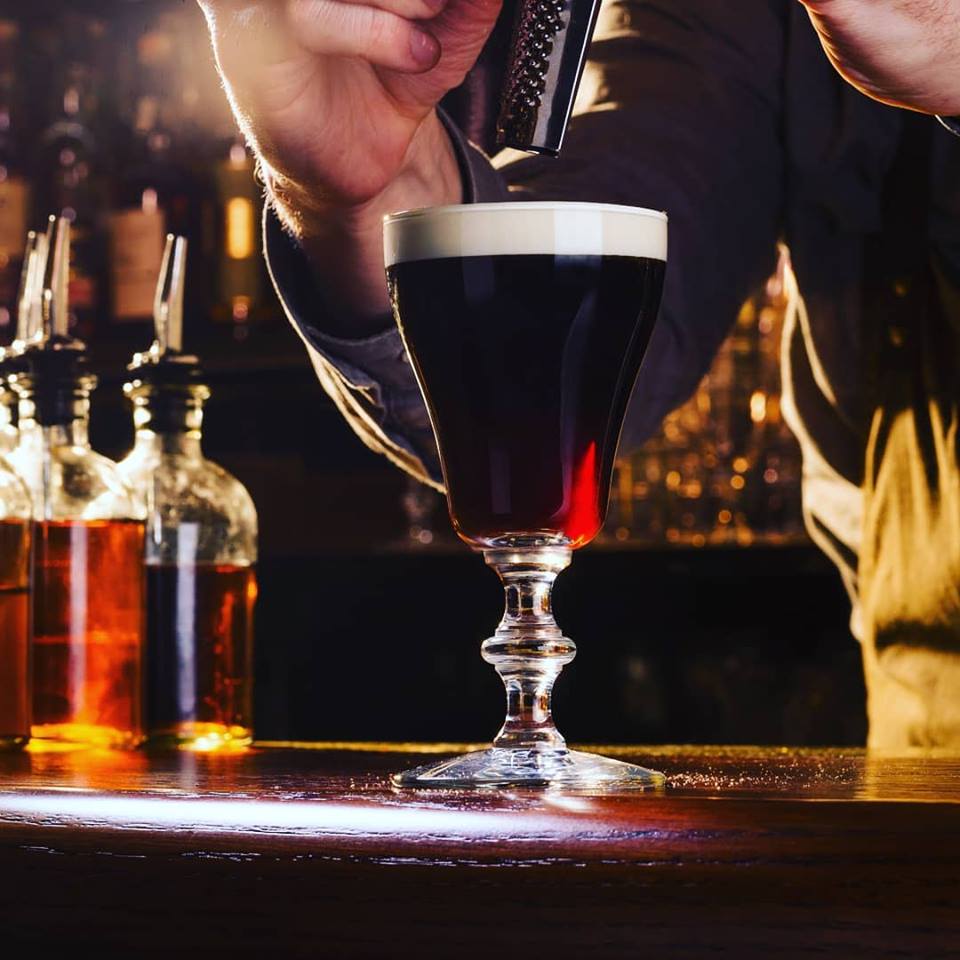 The Run-Down: Turn on your internal heating with Swift’s stella Irish Coffee. Joseph Sheridan’s, the inventor of the  very first Irish Coffee, called for ‘cream as rich as an Irish brogue, coffee as strong as a friendly hand, sugar as sweet as the tongue of a rogue, and whiskey smooth as the wit of the land.’ And by gosh, Swift’s Irish Coffee comes pretty close. The Irish Coffee is a caffeinated, creamy, cup of joy. Finished with a sprinkle of nutmeg for a final flourish. 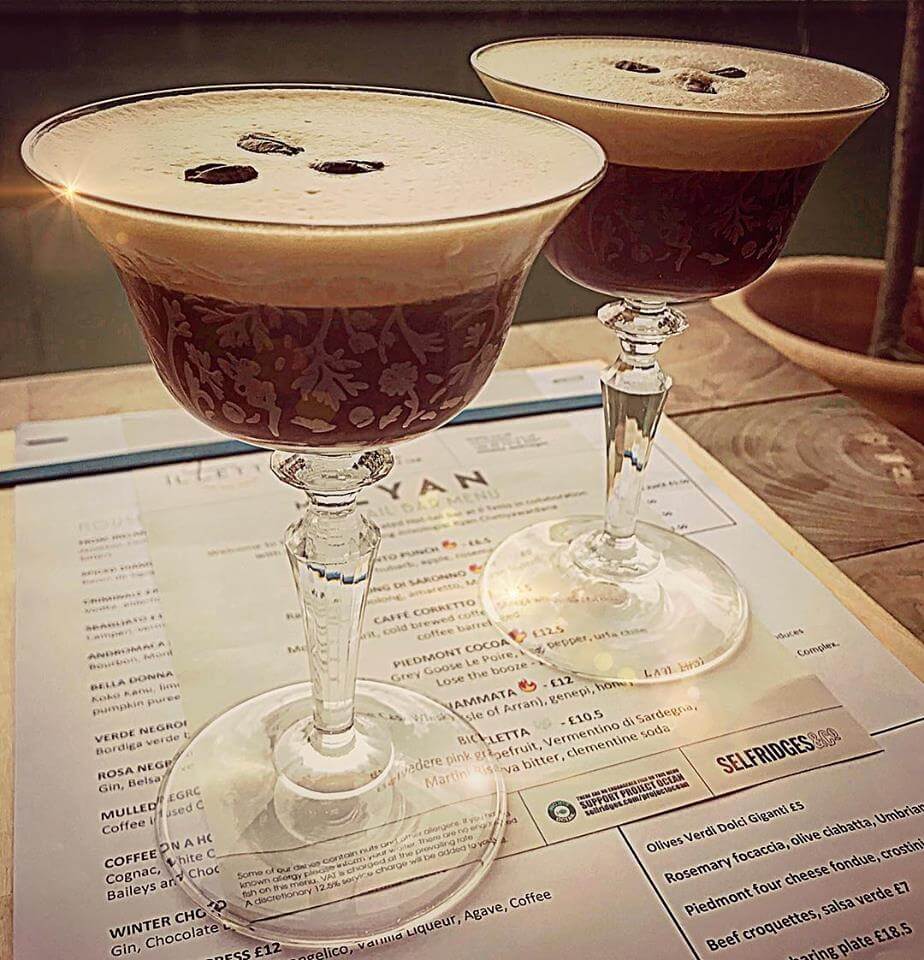 The Run-Down: Il Tetto brings a taste of the casual, rustic neighbourhood restaurants found throughout Italy to the famous Selfridges’ rooftop. To be honest, with Des McDonald is at the helm, you know it’s going to be good. The restaurant has teamed up with cocktail Maestro Mr Lyan to create a hot tails menu, featuring hot cocktails that are gorgeously warming. Try the Fiammata, a toasty blend of Amarone Cask Whisky (Isle of Arran), genepi, honey wheat, and fire. One sip and you’ll be jolly well hooked.