It was a hash brown that convinced me it was time to get out of London. A very bad hash brown, in fact, which had me hankering for a Full English breakfast in a tranquil, charming setting. A couple weeks later, my wishes were granted, with a Full English on the cards and, excitingly, a luxury break. I was headed to the Royal Crescent Hotel and Spa – a mere hour and half train from Paddington. Bath has no shortages of iconic landmarks amid its historic cobbled streets; the home of Jane Austen, the famous Sally Lunn bun shop and the Roman baths.

But for me, the image that springs to mind with Bath, is Royal Crescent, a sweeping row of 30 terraced houses built in 1774 by the designer John Wood. Little did I know, that there was a hotel to be found nestled among these grade-listed houses. Discover everything you need to know about the charming spot in our Royal Crescent Hotel Review: 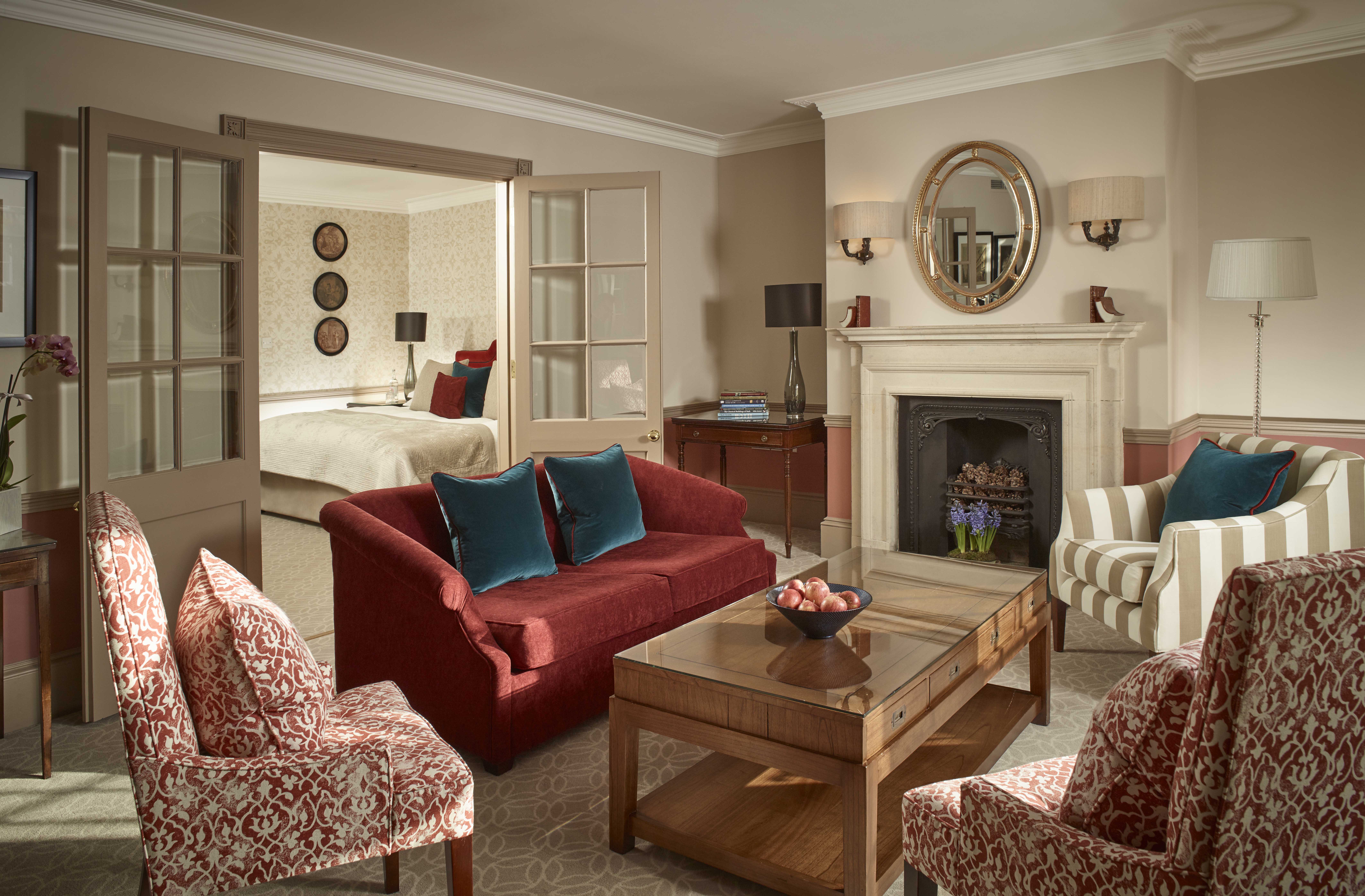 One of the things that is key to the hotel is making people feel like they are at home. This phrase I have heard time and time again, but again often feel like trite press release jargon. But here, it really felt true. There is a level of comfort and ease that feels homely, luxurious, but still homely. Each of the rooms are individually designed with equally beautiful views. We stayed in the Lord Nelson Suite, which spread over a roomy lounge and bedroom (with the largest, fluffiest bed), filled with memorabilia and delicate portraits of Lord Nelson himself. Our room was kitted out with a Nespresso machine, endless amounts of bottled and sparkling water and most excitingly for a tea fiend like myself, complimentary tea to be ordered whenever you choose to the room. The rooms come kitted out with dressing gowns, fluffy slippers and the most homely of touches a weighty duvet which was helpful as we stayed during one of the windiest Marches I remember. There is real sense of comfort and luxury being weighed up here, the room is beautiful but practical, and the blackout shutters ensured we woke up at 9am the next morning thinking it was still the middle of the night. 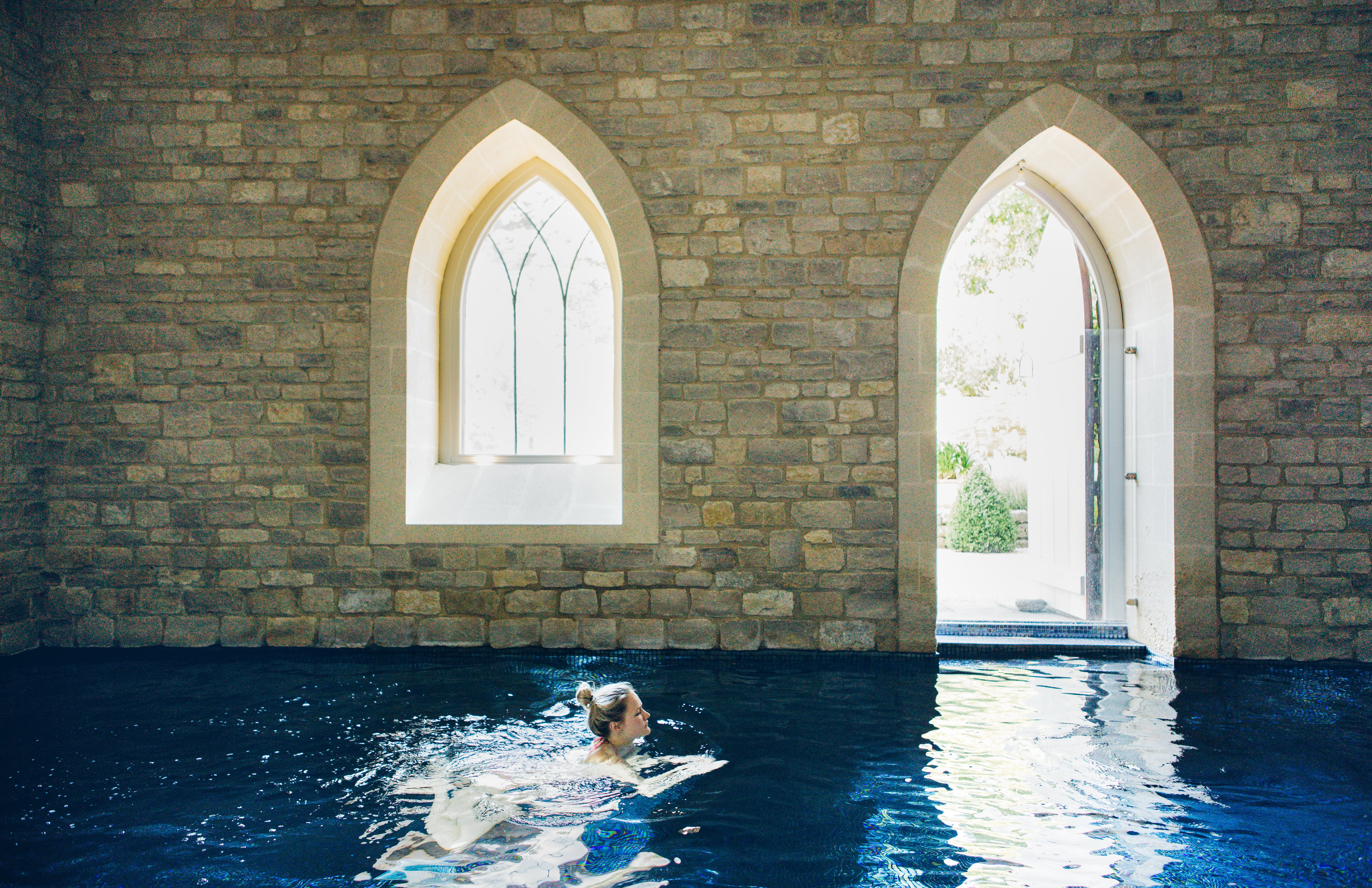 The spa is located in one of the outbuildings in the garden, and even though it is open to members (many of whom live in the crescent) felt intimate and peaceful. On the water front, there is a 12-metre relaxation pool to do some gentle laps in and a vitality pool with massage jets that come on at regular intervals to massage away your calves after walking up and down the cobbled streets. Following that we did vigorous cold showers between Himalayan salt infused sauna and the herbal steam inhalation room. There is also a decently sized gym if you feel the need to workout during your mini break. Needless to say we resisted the temptation. 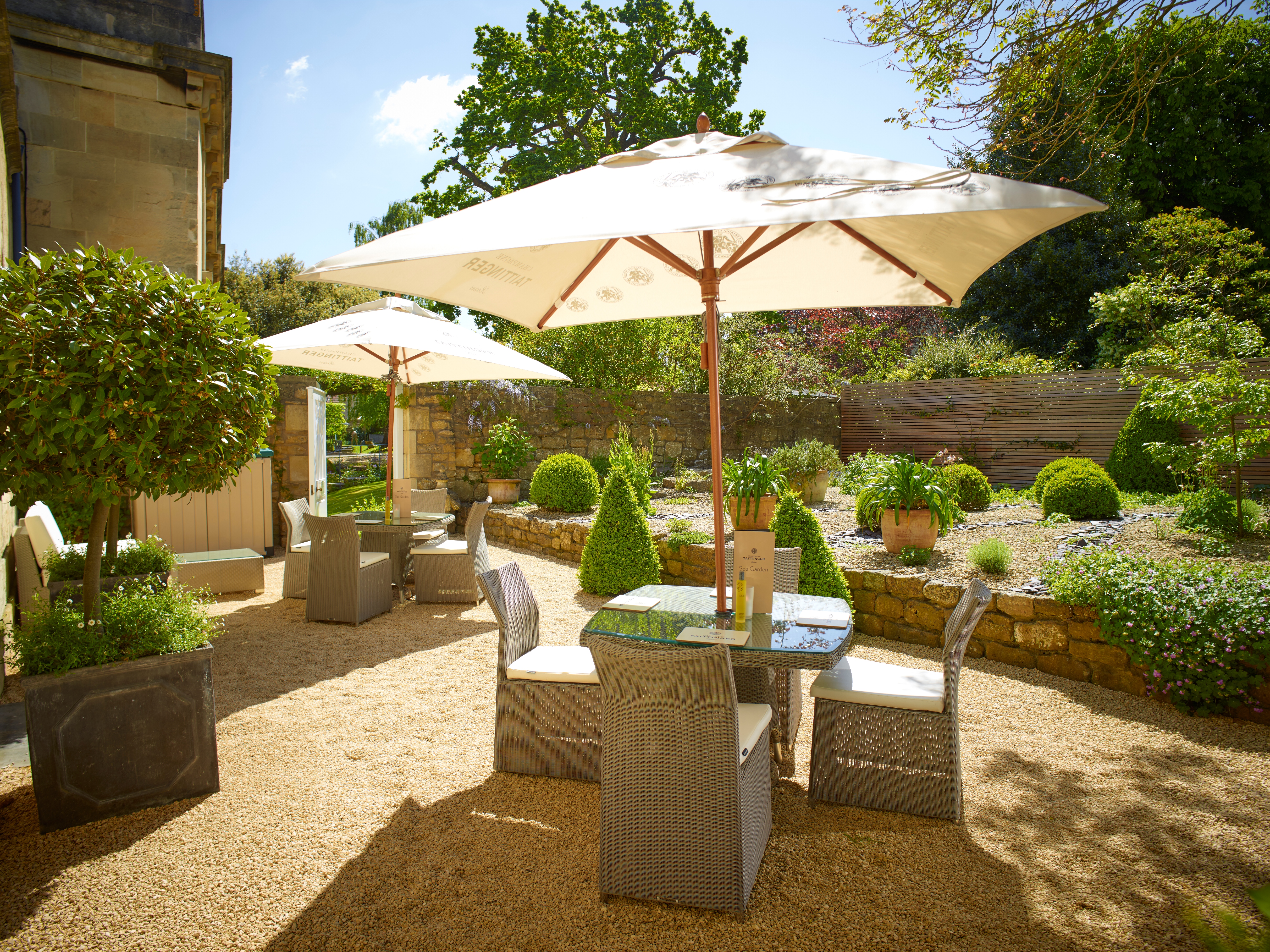 I had an aromatherapy balancing 60 minute full body massage in one of the six treatment room, which lulled me into deep coma state like of relaxation which if I had experienced in London would have been shocked out of me by a tube journey after, but here I was fortunate to be able to stroll back to the room for a lie down in my dressing gown. 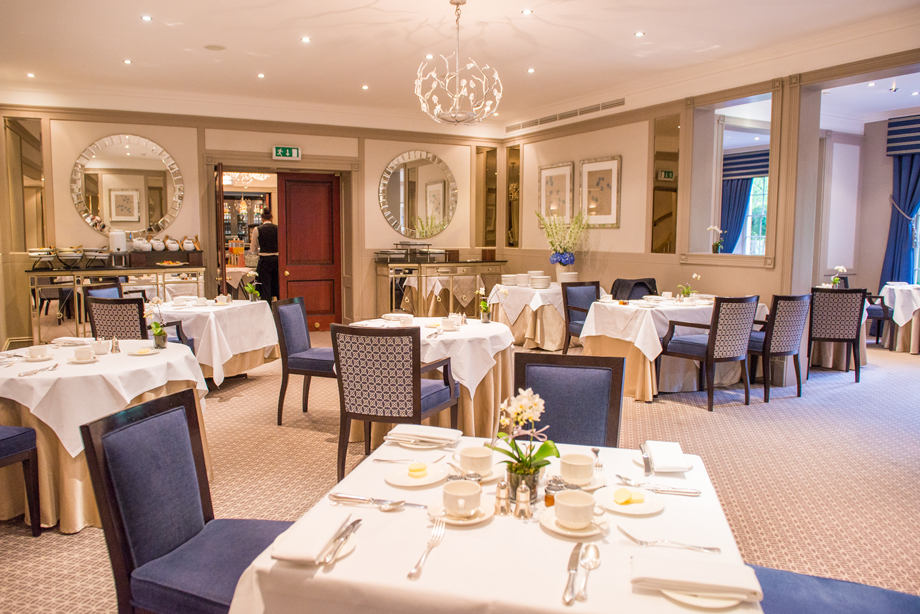 Meals at the hotel are served at the Dower House restaurant run by Head Chef David Campbell and his knowledgeable and charming team. Our room was quite literally above the restaurant, so it was one of the shortest commutes I had ever had to fine dining.

Our night began in the hotel bar, a holiday treat I will never tire of, an un-rushed drink, from the absurdly expansive cocktail menu, including a gin only list as we chose our dishes and a wonder over to the restaurant as our starters were served. I can’t eat gluten and dairy, a real fusspot, but it was no trouble at all, and no limitation on preparing equally delicate flavours and exciting dishes. My highlights were the smoked mackerel with avocado wasabi, a nibble of my companion’s venison, which can so often be tough, but here was so tender, and last but my favourite a special pudding for me, a set coconut cream accompanied by homemade coconut and raspberry sorbet. 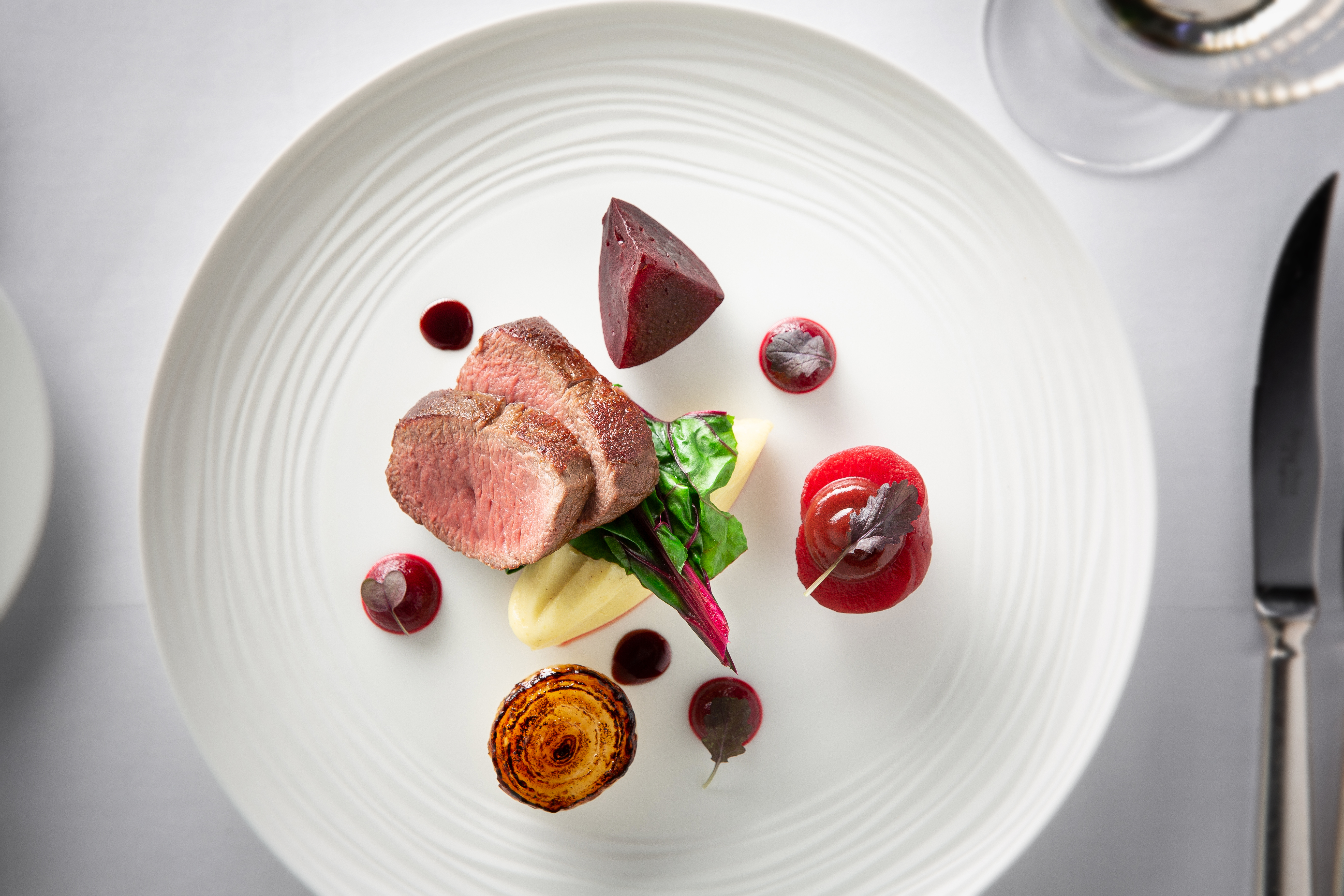 12 hours later and it was breakfast, which was hugely memorable. There is something about leaving the M25 corridor, where I just think they know how to do breakfast better. Plump pork sausages, crispy yet not greasy rashers of bacon, light and moreish hash browns, roasted mushrooms and some sautéed spinach preceded by some homemade granola from the sumptuous buffet and endless cups of delicious coffee and tea sent us back to bed for another hour.

The Royal Crescent Hotel: Our Verdict 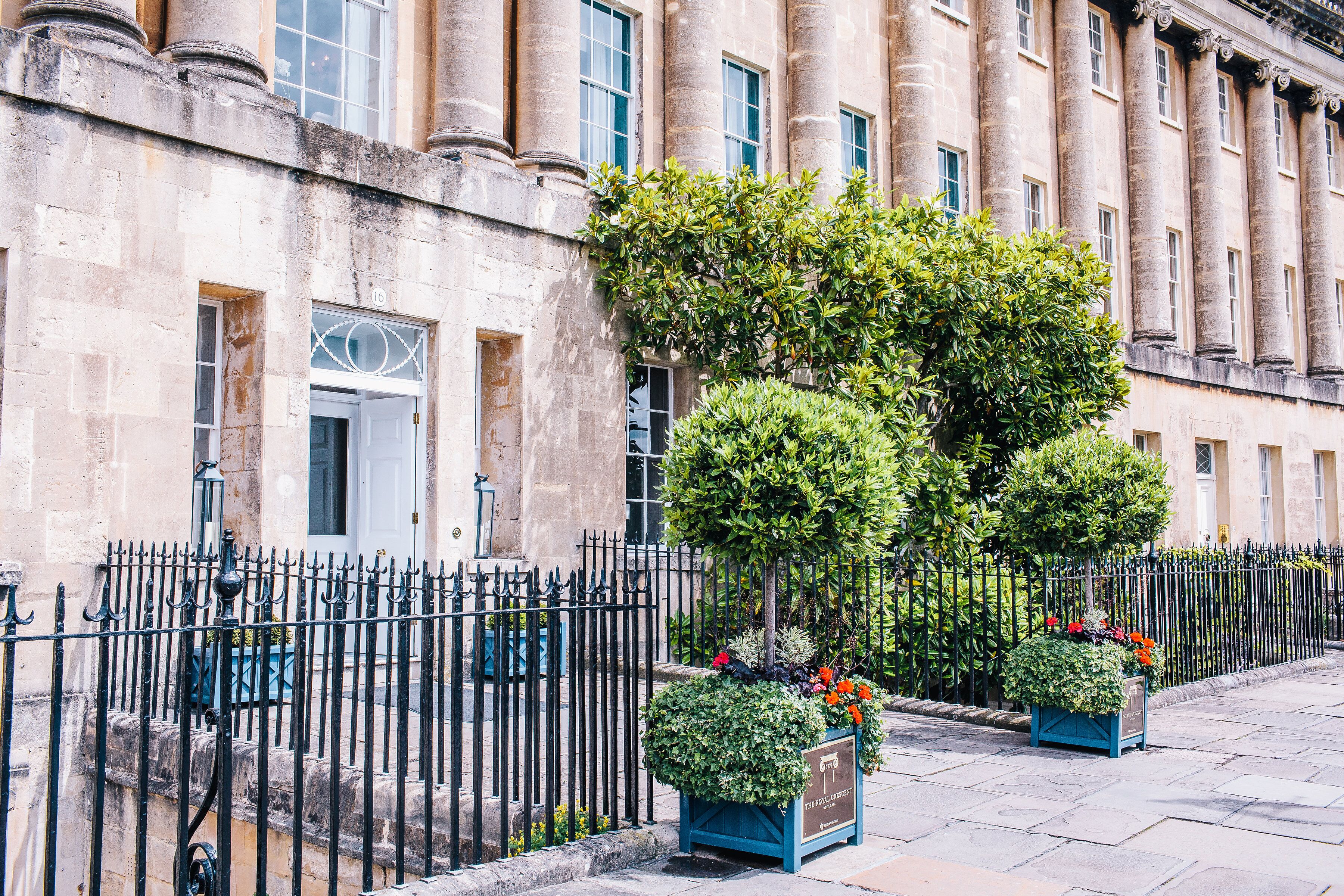 The Royal Crescent Hotel & Spa has the luxurious surroundings, space and facilities on a five star countryside hotel, but with the benefit of being on the doorstep of a city and a 15-minute walk from the Roman Baths. This city/countryside blend is really quite unique, it was incredible to be sitting on our balcony listening to the birds surrounded in acres of greenery and then a short walk later be among a gaggle of selfie sticks and coach loads of tourists queuing from a bath bun. Side note: the bath bun was disappointing but this hotel surpassed all our expectations.