Venice: City of Love, Bride of the Sea, City of Masks, City of Bridges, and every two years, City of Art. It’s that time again: The Venice Biennale.

Arty types might have this as a permanent biannual fixture in their calendars, but with the Biennale’s varied exhibitions and outdoor installations in place from May right through to November, there is no reason it shouldn’t be enjoyed by everyone. Here’s a few tips for the uninitiated: 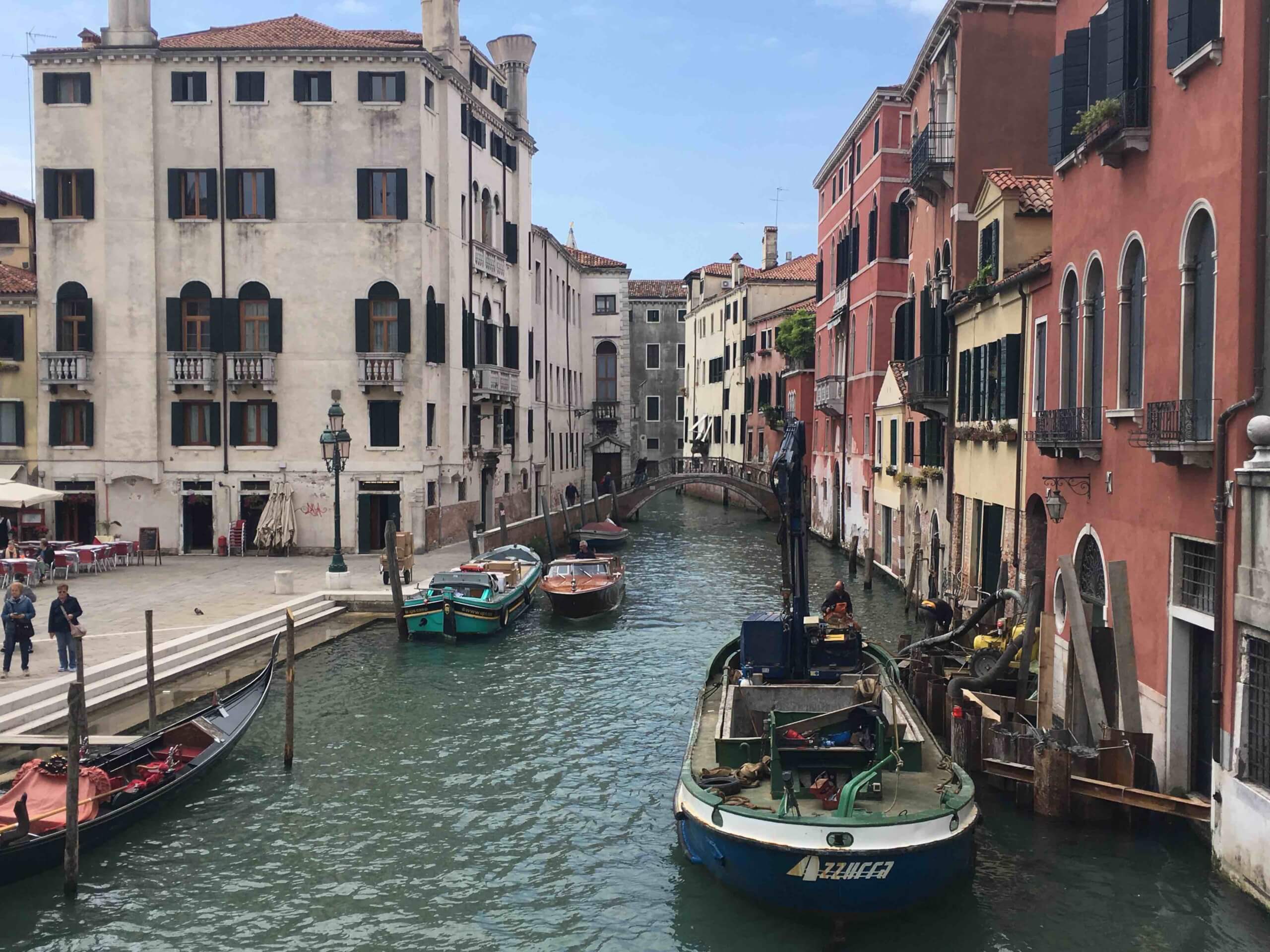 Probably the most important piece of advice you could be given on visiting Venice is that – perhaps unsurprisingly – a city full of canals and bridges necessitates a fair few steps. With almost every bridge across the island cluster made up of steps up and down, choice of footwear will either make or break you. Unless you have the budget to water-taxi everywhere (and such a shame to do so!), or if you are attending the highest of highfalutin events, heels are a major folly.

During the VIP Preview week for the Venice Biennale at the start of May, art world VIPs from around the world flocked to the city in their droves, and even among the most discerning crowds the sneaker was king. 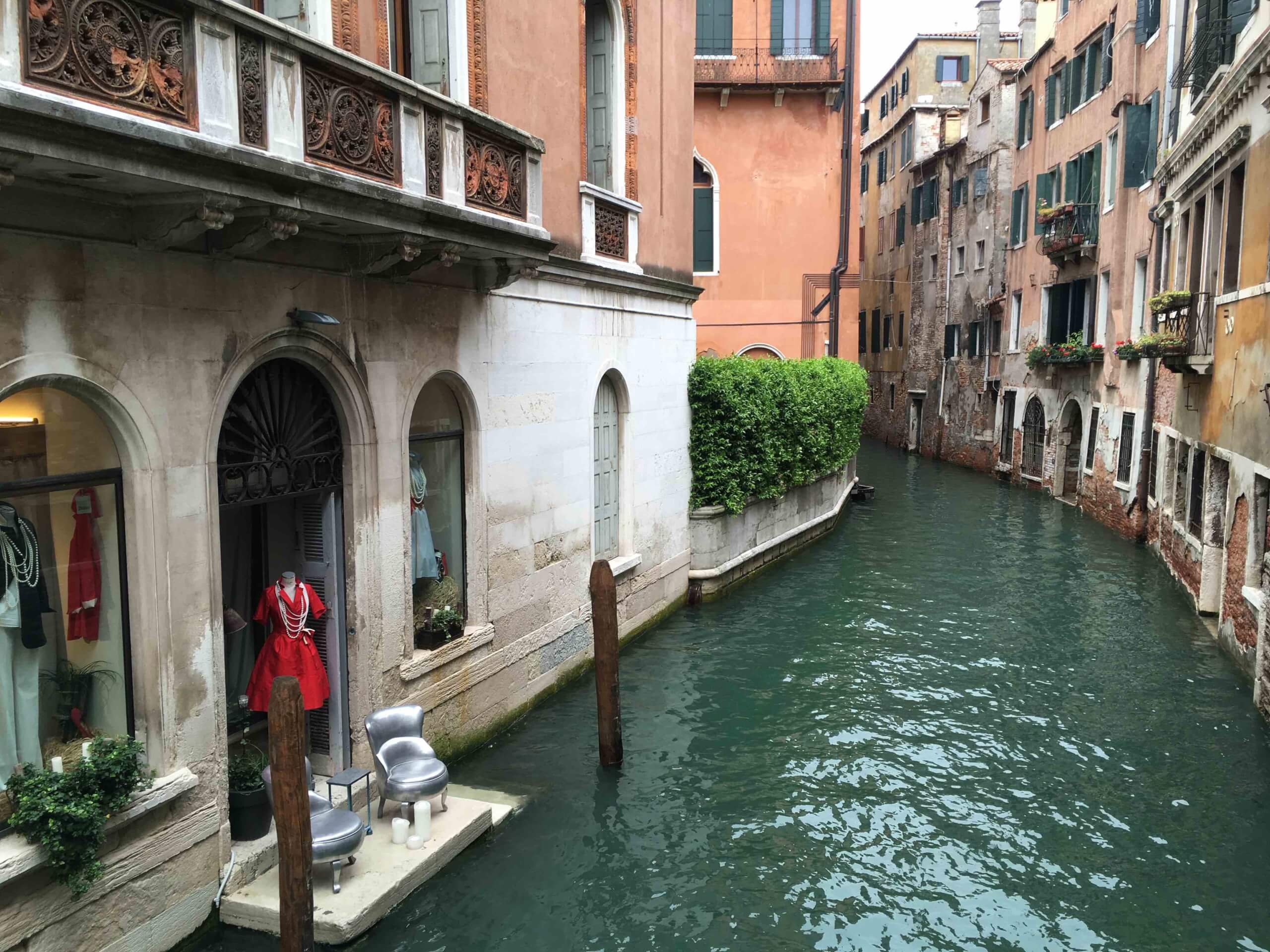 Being someone who has majorly overpacked for every single trip I have been on, I realise this advice will fall on many deaf ears (mine included), however: travel light. You will be thankful not to be hauling around a suitcase up and down staircases and over bridges in a pedestrian city (unless, as above, you plan to test the waters with the business card and water-taxi it).

Weather in Venice can be changeable, and obviously varies a lot from season to season. In the height of summer, with tourists creating bottlenecks through the narrow alleyways and queues to cross the bridges, heat can become endurable. Think light layers. And a selection of shades.

The Venice Biennale:  Planning and Getting Around 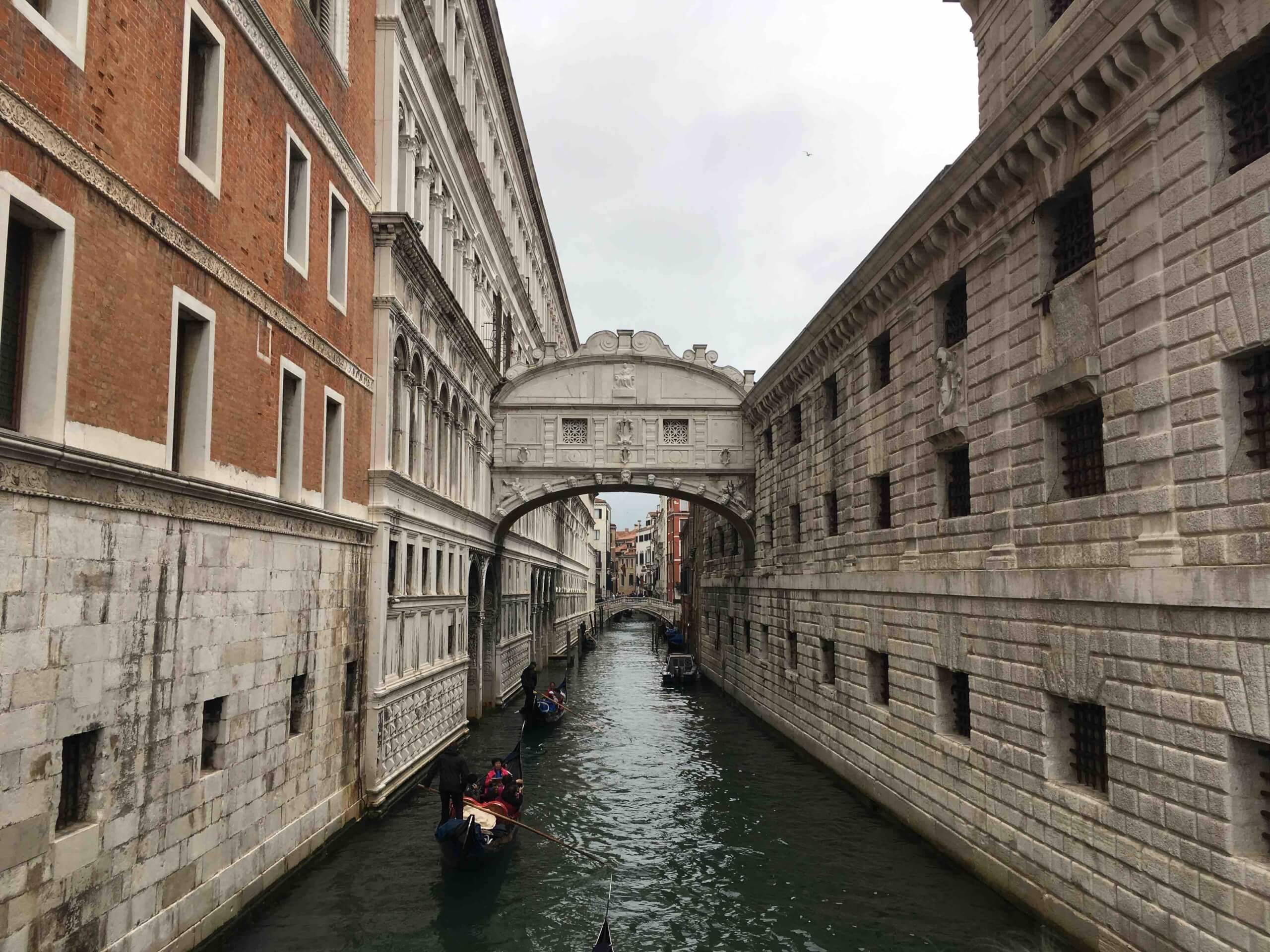 Venice is a small city, but potentially an exhausting one (remember what I said about stairs?) so be realistic about what you want to see or do.

If you plan to visit lots of specific venues or areas around the city, it could be a good idea to get a Vaporetto two or three-day pass. A single trip will set you back €7.50, compared with €20 for a one-day pass, €30 for a two-day pass and €40 for a three-day pass.

If you are visiting predominantly for the art, give time. While it is probably possible to visit both the Giardini and the Arsenale in one day, don’t stress it. At peak times you might need to queue for some of the most high profile pavilions in the Giardini – Mark Bradford’s US Pavilion being just one culprit. Importantly, don’t forget the rest: during the Biennale, Venice’s major institutions, as well as many more from around the world making Venice a temporary home for six months, put on their very best shows.  Some of the most impressive shows and installations I saw during the preview were in fact outside of the main Giardini and Arsenale venues, and many were – ahem – free. See below for more…

The Venice Biennale: The Art

Ask around and you’ll hear a lot of great answers, but here is my tuppence, for what it’s worth…

Eliasson’s Green Light is a workshop/studio right in the middle of the Giardini’s Central Pavilion, bringing together visitors and refugees to make geometric lamps designed by the artist. The lamps are then on sale to raise money for two NGOs. Eliasson says Green Light displays a “modest strategy for addressing the challenges and responsibilities arising from mass displacement and migration” – a recurring theme of the whole biennale.

The sensation of the Vernissage and the winner of the Golden Lion for Best National Participation, Anne Imhof’s chilling, “menacingly chic” (artnet) show in the German Pavilion is a dark and fractured 5-hour performance piece to the backdrop of abrasive noise music. That exhibition, entitled “Faust,” was one of the most talked about of the preview week. Two Dobermans greeted those outside, barking behind a fence at the front of the pavilion, still the queue only multiplied.  Inside, a raised glass floor has been installed across the span of the pavilion. In one of the small rooms, an industrial sink and a hose is placed beside an electric guitar, plugged to pedals and an amp. The entire pavilion reeks of disinfectant. During performances, figures ascend to the ceiling, and fall back down to hell. Below the glass floor, figures writhe, trapped. 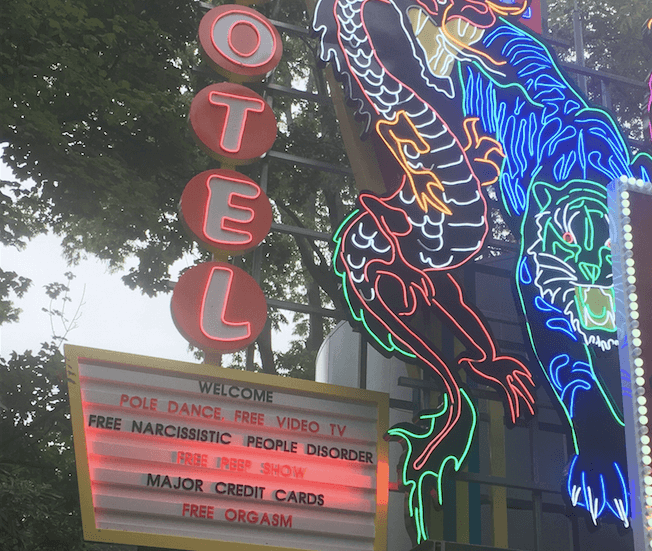 How do individual stories relate to national histories? Can our understanding of this be relevant on a wider global scale? These are just some of the questions probed here, with an exhibition structured around three frameworks: Korea; Asia; the world. Cody Choi represents a generation of Korean artists who in the ’90s responded to a growing Western cultural domination through parody – seen brazenly across the outside of the pavilion with Venetian Rhapsody, a dense forest of neon signage reminiscent of Las Vegas and Macao. 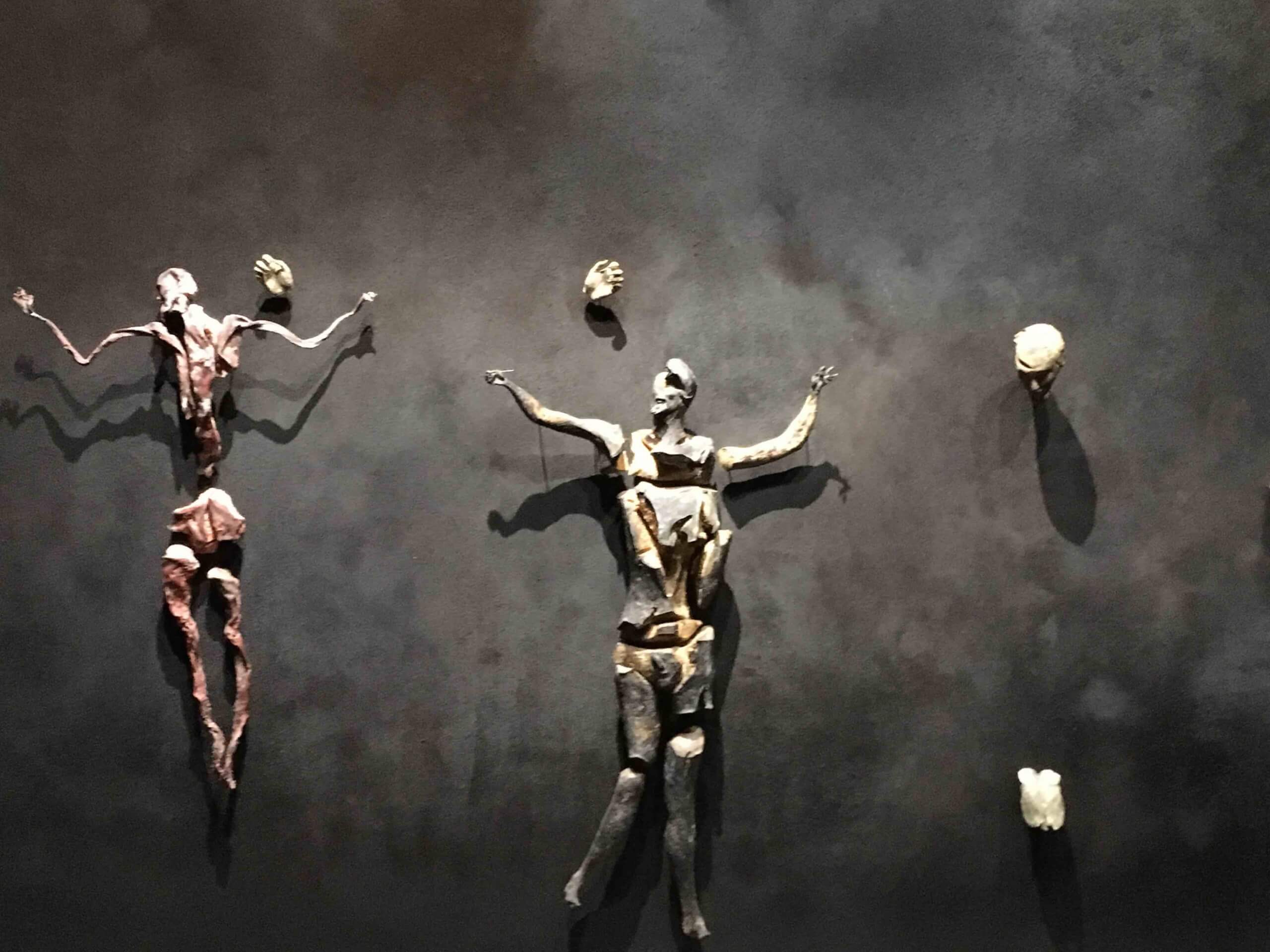 Always the largest of La Biennale, this year’s Italian pavilion is not easily forgotten.  One artist, Roberto Cuoghi transforms the basilica-like space of the Arsenale into a factory for churning out devotional figures inspired by the Imitation of Christ, an ascetic medieval text the artist reinterprets from the standpoint of what he calls a “new technological materialism”. The installation is a workshop producing these figures from start to finish – on average one being cast per day – but rather than ceasing evolution with the opening of the show it continues to unfold through the decomposition of the forms, their death and decay. The process is conceived so as never to produce the same outcome, an echo of the dissociation prevalent in the present moment.

Just brilliant, and manageable in a reasonably short time slot, this major show is reflective of how Guston cultivated the sources of his inspiration, considering the writings of some of our most beloved 20th century poets – D .H. Lawrence, W.B. Yeats, Wallace Stevens, Eugenio Montale and T.S. Eliot – alongside his drawings and paintings and presenting their ideas as catalysts for his enigmatic visions. 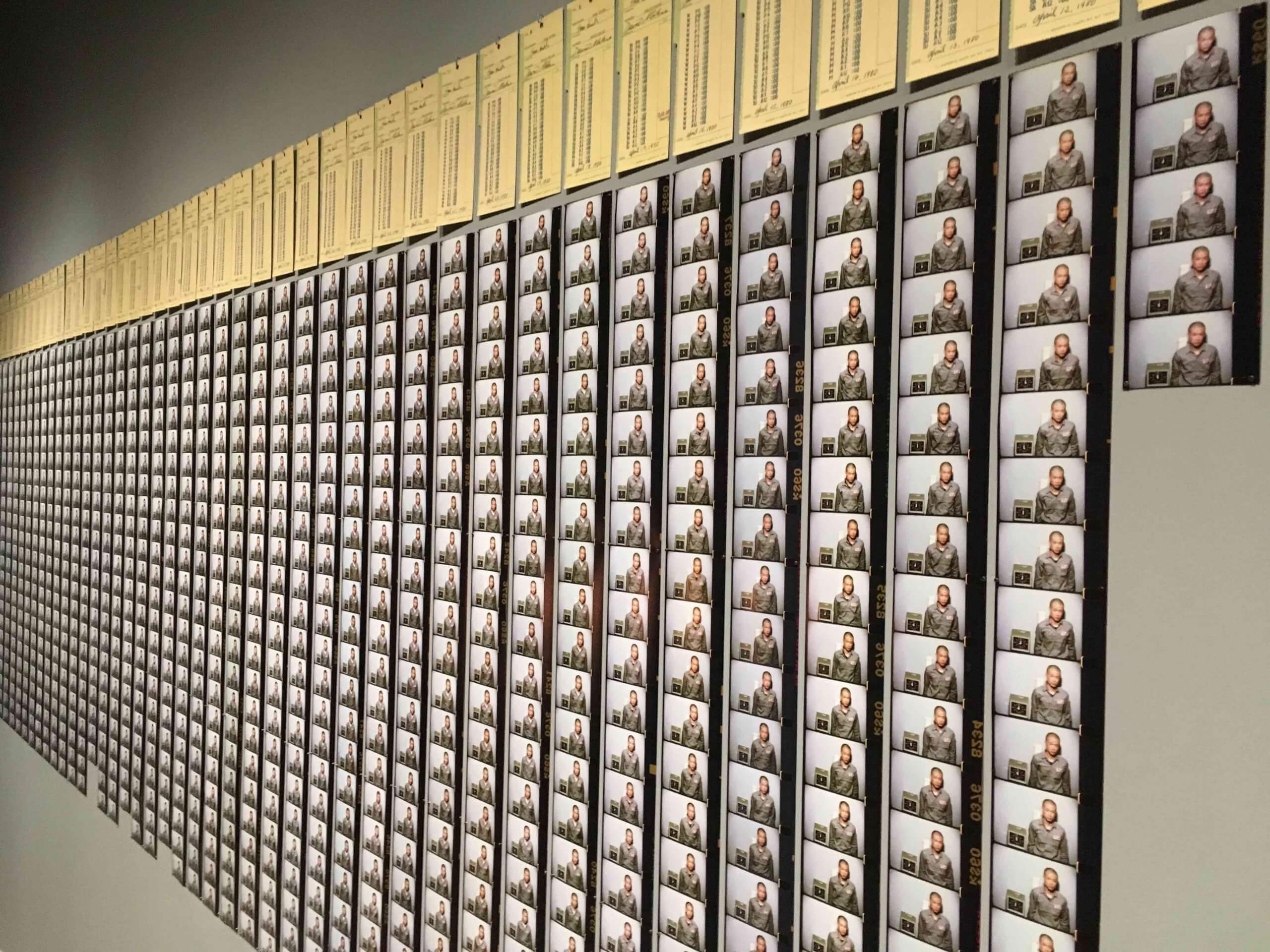 Over five years, Hsieh embarked on five year-long performances, each centred on a strict rule that governed his entire behaviour. In 1980-1981, Hsieh installed a worker’s time clock in his studio, forcing himself to every hour punch in and take a self-portrait shot. Sleep deprivation was pitted against the demand to appear: to be upright and visible. 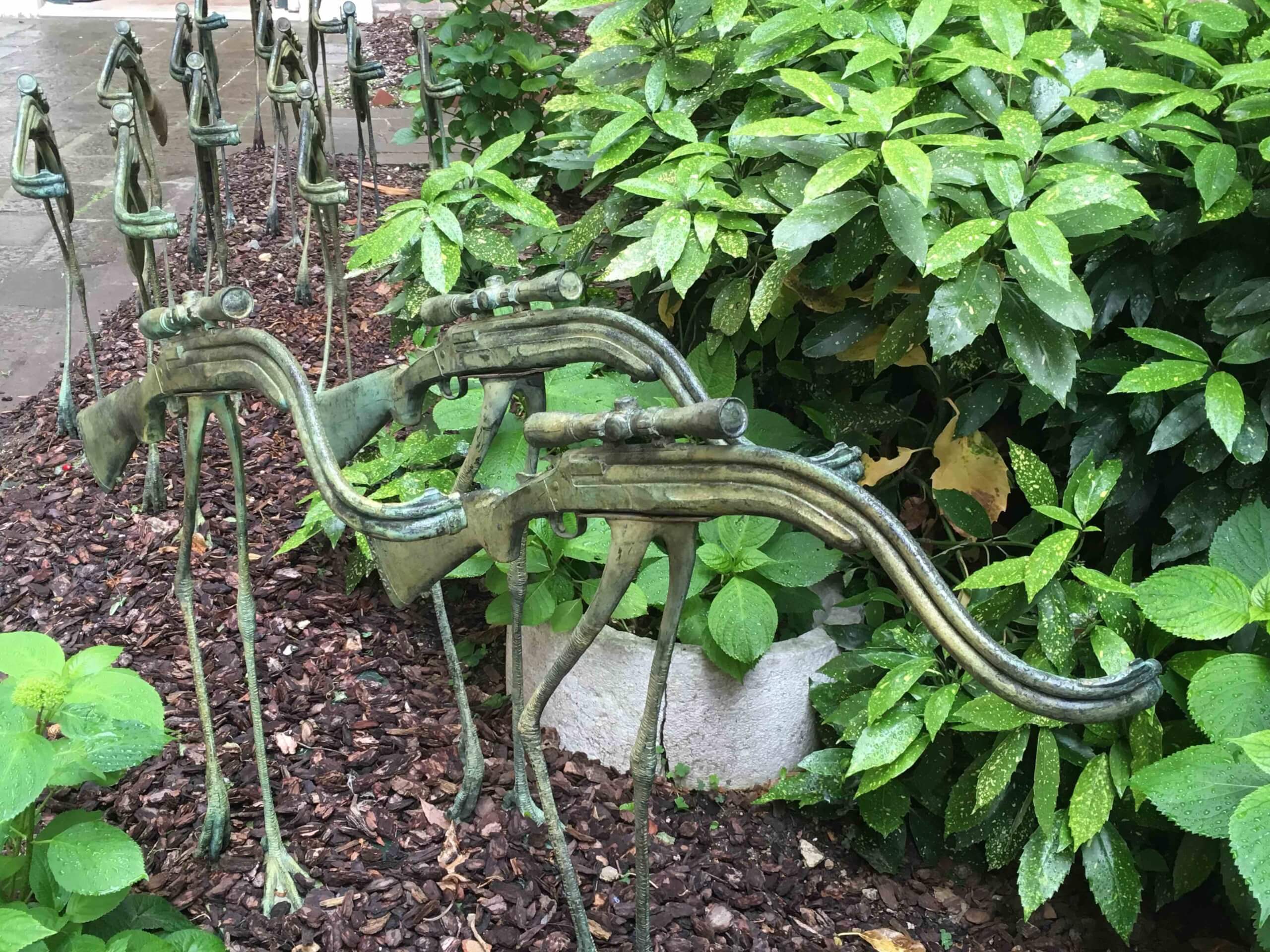 The title, “Lost in Tngri” (Lost in Heaven), alludes to the country’s age-old connection with shamanism – a belief characterised by a world of invisible gods, demons and ancestral spirits. Here, the show examines a crossroads, between these beliefs and the nation’s new economic reality, where – as a landlocked nation (squeezed between Russia to the north, China to the south) – the use of its natural resources challenges its traditional nomadic existence. Stand out in the show – and for us throughout the Biennale – is Enkhtaivan’s Karma (2016). In this video installation, a dry desert is projected across the floor, in the middle of which a chair sits, its seat comprised of a shallow aquarium containing tiny fish – a tiny but fragile oasis

A 20-metre-tall golden totem – spottable from around the city – will tower over the Grand Canal for the duration of the biennale. The sculpture was created by the late American artist James Lee Byars in 1976 but is being exhibited in a public space – as Byars intended – for the first time. 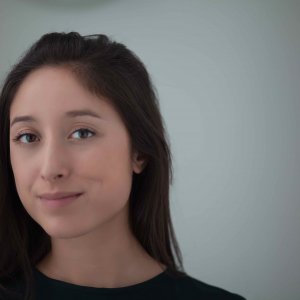 Tani is an arts and PR consultant as well as curator and sometime writer. She is the founder of cultural PR business TBurnsArts and co-founder of curatorial group ARTNAKED. A true born-and-bred Londoner, her loves are vast and varied – as well as the National Gallery’s Sainsbury Wing, she can just as easily be found zoning out at hot yoga, fishing, finding water to jump into or tending to her toms.