Berlin has more restaurants than rainy days: it’s a fact. There’s plenty of notorious nightlife to enjoy in the German capital; from jazz to techno and everything in between, not to mention a smattering of inner city and nearby natural lakes to swim in. And you can literally afford to dine al fresco in beautiful restaurants a handful of times a week, watching the variety of this place’s colourful residents flow past. 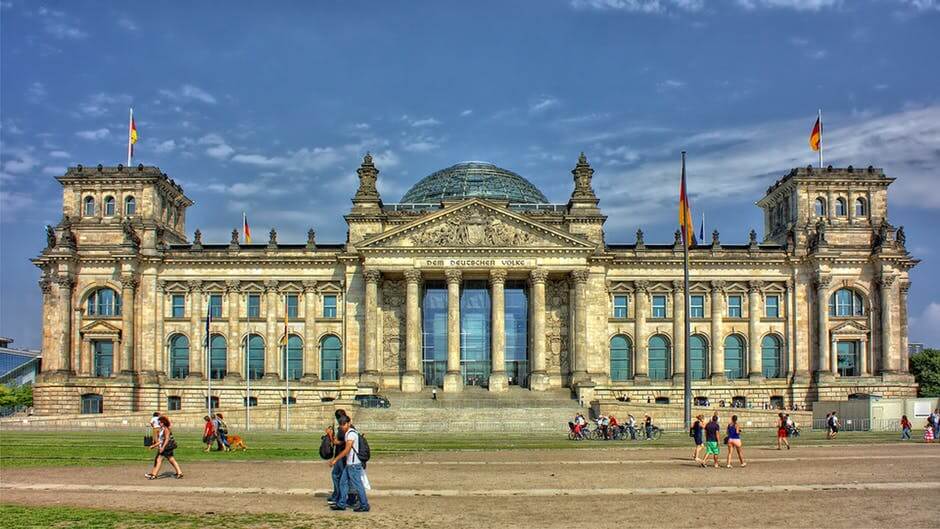 If you’re only in town for a few days though, like any city, you can get caught up in the tourist traps of kebab queues and terrible chains. So when you’re not dancing and diving in lakes or lidos, allocate plenty of time for some nourishment in the form of Berlin’s incredible food scene. Quench your thirst at one of its many cosy (albeit smoky) bars or drop in to a colossal beer garden, courtesty of About Time.

By nightfall, unwind at one of Berlin’s uber-hip boutique hotels – one overlooks a zoo jungle, another a favourite of the late Marlene Dietrich – before you do it all over again on a mini break which can be as lively or as chilled as you like.

Berlin: Where to Eat

Of all the things that are overshadowed by the city’s rich history and famous clubbing scene, its dining pizazz is something worth getting super psyched and hungry for. From traditional staples such as schnitzel, bratwurst and currywurst to an abundance of international cuisine from every corner of the globe, Berlin has something for every palette, and these offerings display just how metropolitan and welcoming the city is to new and old cultures combined. Along any main stretch of restaurants you’ll see Turkish and Lebanese fare alongside Vietnamese and Sudanese wonders. The Asian focus is one of particularly high calibre in Berlin, with heaps of Korean and Japanese places opening small casual cafes and brunching spots as well as fine dining rooms, that cater to the increasingly adventurous European tastebuds. An American-Israeli-Japanese influence hit town last summer, fresh from Williamsburg, delivering three of the best restaurants central Berlin and Mitte has to offer. All three are completely different from one another, emblematic of the cross pollination this city nurtures and thrives on. We recommend a hat trick of brunch, dinner, dinner.

For Brunch: House of Small Wonder 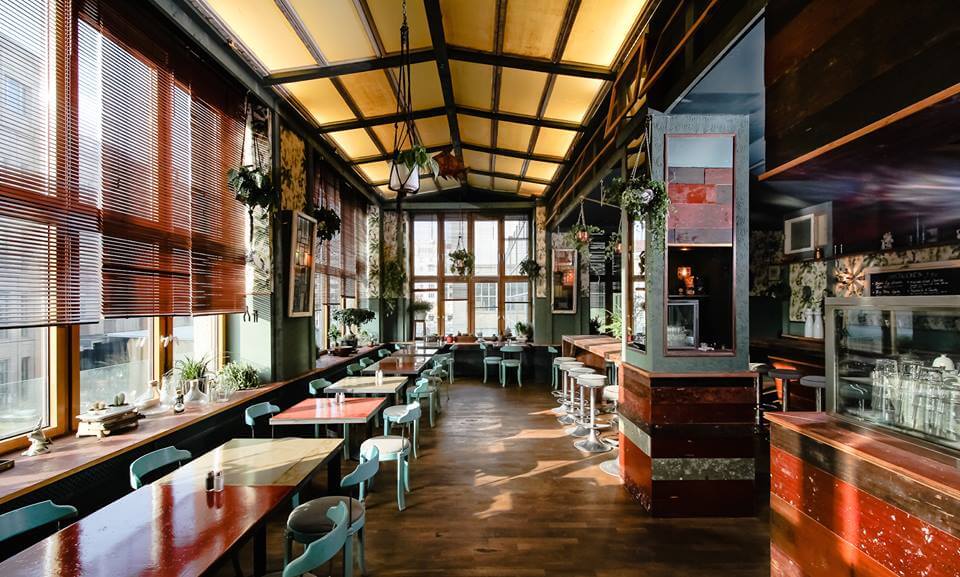 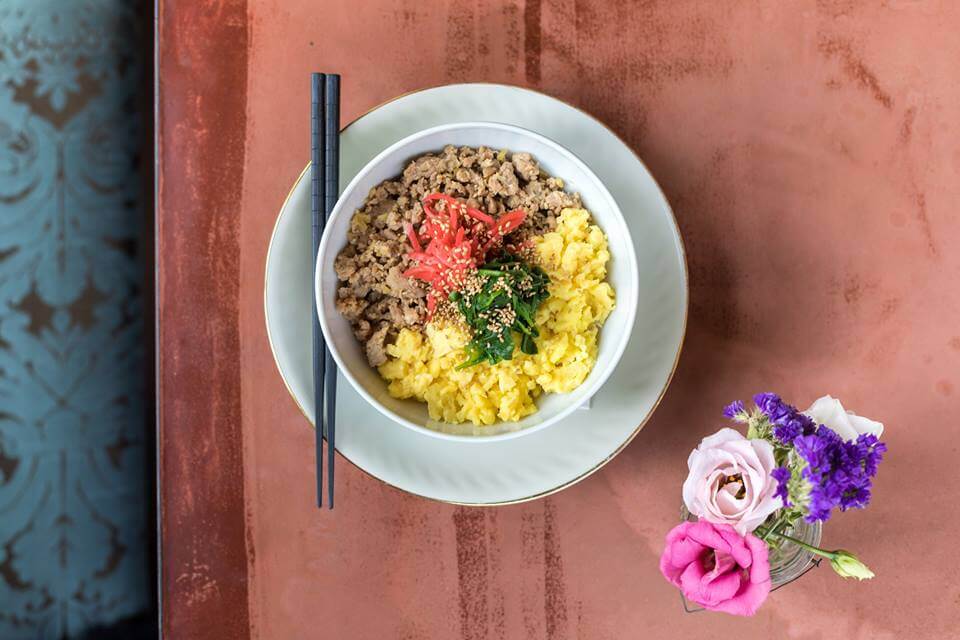 The Run-Down: Breakfast hunting is so passe, especially when you’re on holiday and have a glorious hotel spread on offer. But late breakfast and brunch is at all time high here in Berlin, and this palm plant filled, treehouse-style cafe is a real joy to hang out and order Benedicts (or experiment with the 60s throwback okinawan taco rice, pork, parmesan and fried egg), and coffee on a sunny morning. Indulge in a little umeshu gin tonic come midday and explore the lunch menu of apple-fed pork belly kahuni or katsu sandwiches with organic spinach salad. 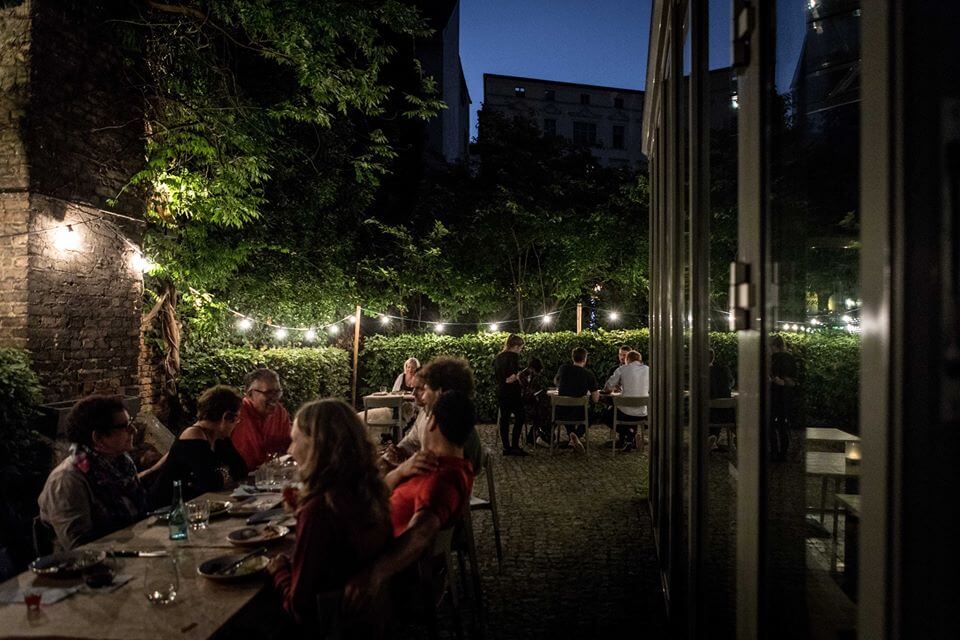 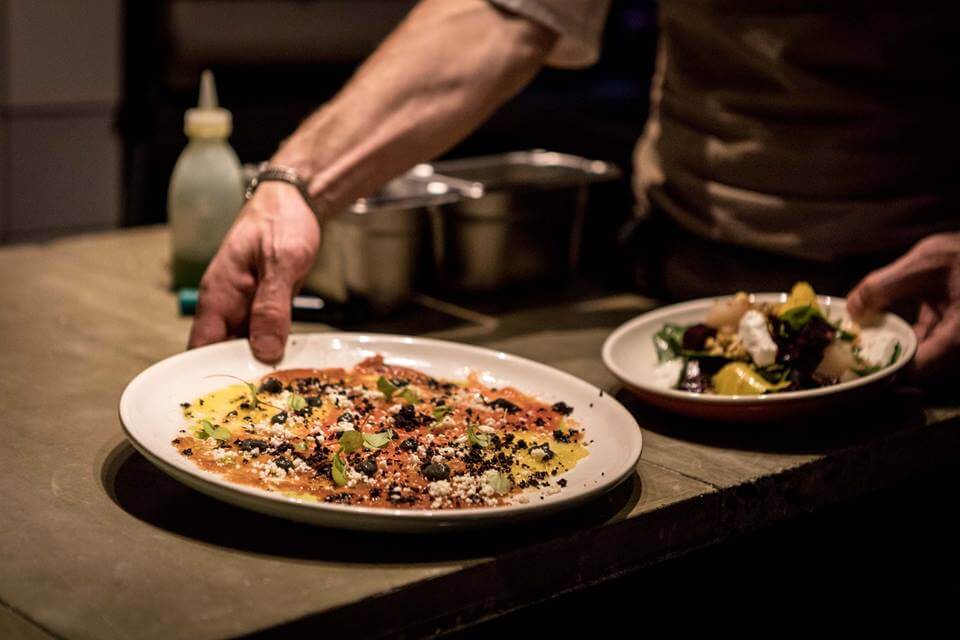 The Run-Down: There’s a huge Middle Eastern community thriving in 2017’s Berlin, and here you get a drop of Tel Avivian dining delights in the epicentre of Europe’s multiculture capital. Expect strong cocktails and lots of sharing over stories at huge tables in an atmospheric, glittering joint that makes even a midweek bite rowdier than you ever expected. Book a table in the courtyard garden and dine on octopus, hanger streak and lemon risotto al fresco. Bookend your feast with tomato carpaccio and zucchini, and white truffle soup, followed by dessert of a boozy rum cheesecake. 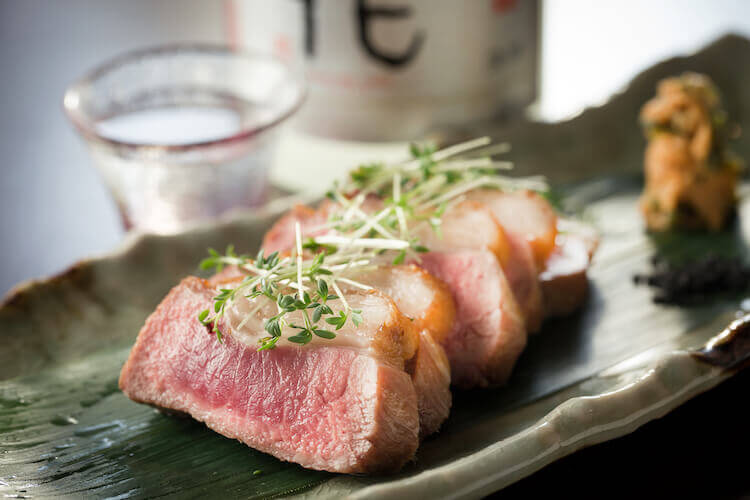 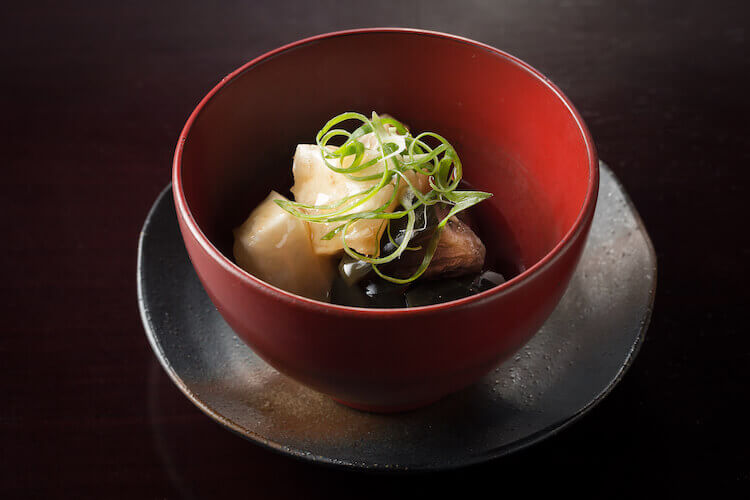 The Run-Down: The jewel in the crown of this trio of Berlin eats; ready yourself for a late night adventure. At first glimpse a totally zen labyrinth where you step underground and feel like you may be in a forest bathing under the dimmed lights, surrounding bamboo and optical illusion-causing mirrors and candles.

A scent of Kukicha (toasted twig tea) fragrances the air, and private tables separated by bamboo blinds make this place moody, sexy, and otherwordly. Go for the 8 course seasonal omakase tasting menu, which ranges from delicate sashimi and scallops, chilled potage, kuzu noodles and summer corn tofu with truffle oil to Alaskan miso black cod and soy milk, and cucumber-marinated pork. A la carte must tries are the minced chicken teriyaki, which you cut yourself at the table with a wooden spatula, and the tempura vegetables (beets, aubergine, sugar snap pea) and shiso leaf, and oyster tempura. Polish your entirely shaken soul off with an gelatin-free agar grapefruit jelly and silky frozen black sesame mousse. Home to the most extensive sake menu you ever did lay eyes on, but an uncomplicated and ever-changing menu that explores the very best of traditional and contemporary Japanese cuisine without relying on sushi or ramen or teppanyaki as the star of the show.

Berlin: Where to Drink 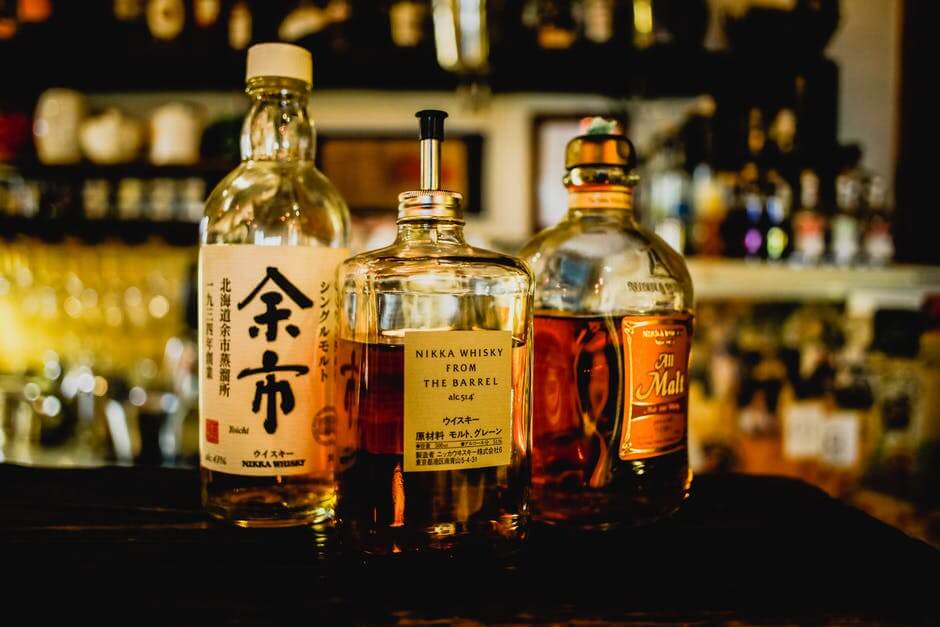 The Run-Down: Right in the heart of Mitte is the perfect bar all year round; inside and outdoor seats, good music, always nicely busy and full of pretty faces. In winter, the entire perimeter of the outside is lined with huge bushy fir trees and inside candlelit tables flicker.

For a Rooftop Bar: Monkey Bar 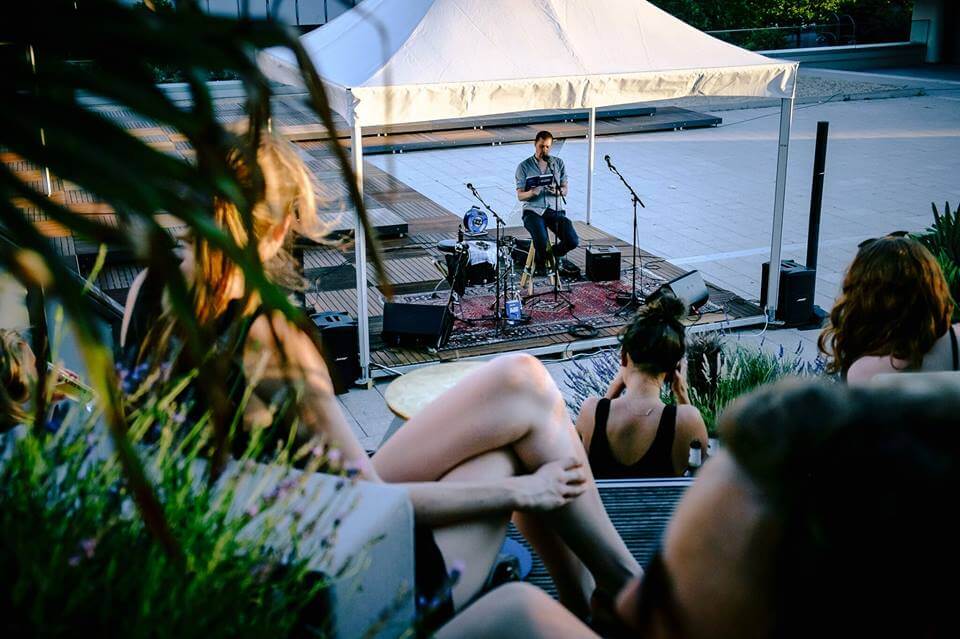 The Run-Down: Over in the west of the city, clamber your way to the rooftop cocktail bar above the famed 25 Hours Bikini Hotel for a panoramic vista of Berlin. Enjoy strong gimlets, mojitos and margs all made with herbs grown onsite and whipped up by speedy and smart mixologists as you take in the view of the zoo down below. 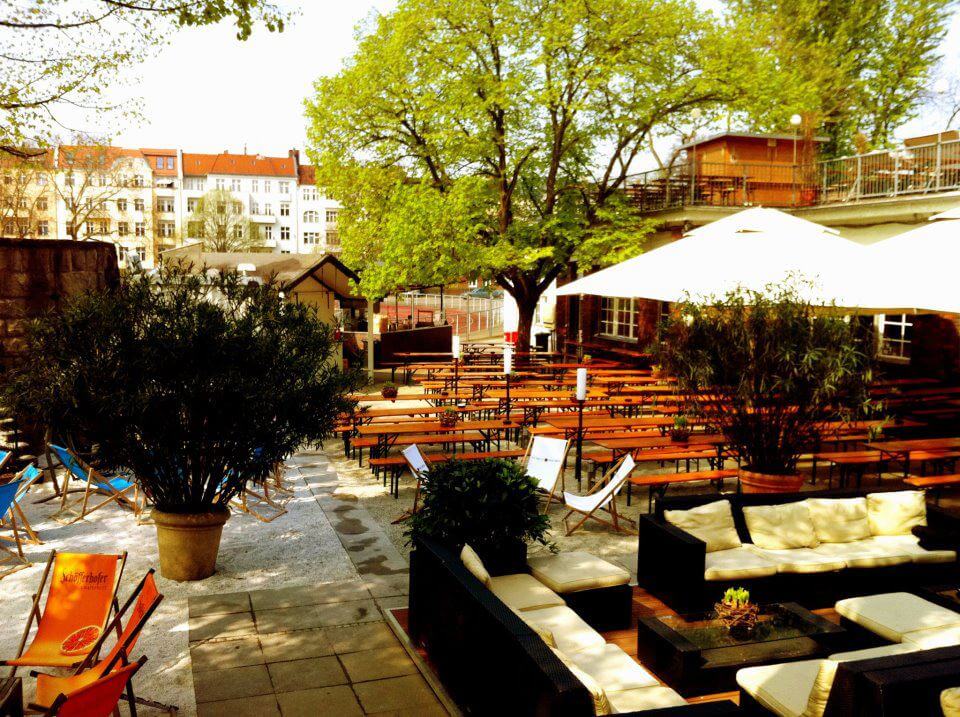 The Run-Down: You can’t go to Berlin and miss a trip to one of its many beer gardens. Picking up the giant tankards of pils equates weightlifting, and you can perch on the long benches, and sit amongst the  trees adorned with fairy lights. And don’t forget about shots of every Berliner’s favourite alcohol, peppermint schnapps-like, pfeffi.

Berlin: Where to Stay

For a Jungle Experience: 25 Hours 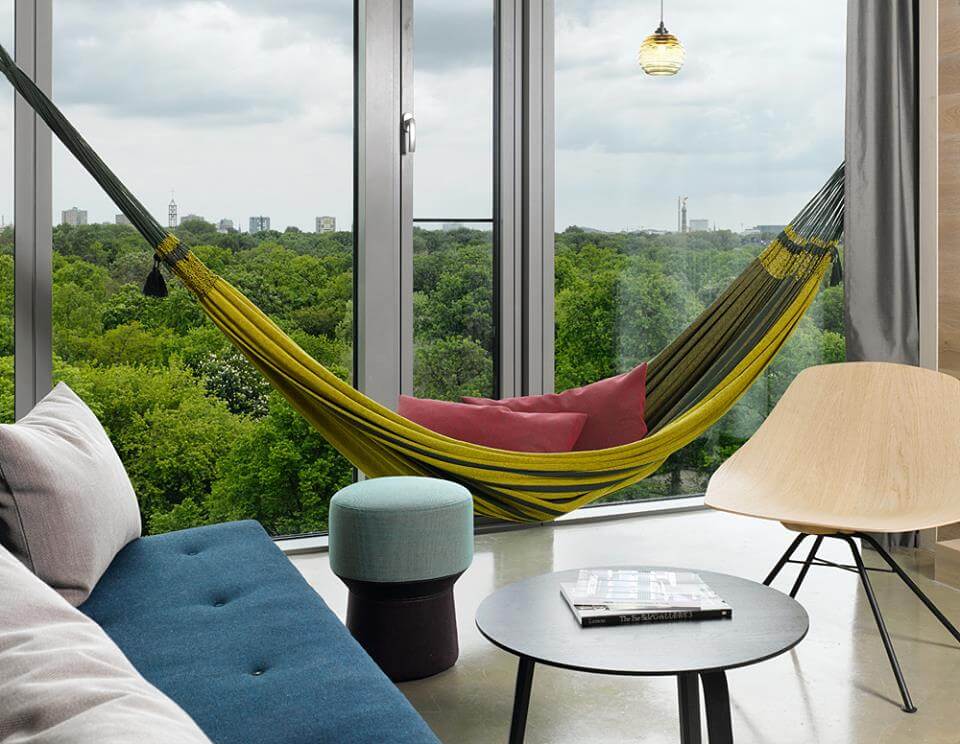 The Run-Down: At the Bikini you can choose an urban view or a jungle. You can guess which is best, as you lay in your bedroom hammock (don’t worry there’s a kingsize bed too) overlooking the treetops of the monkey enclosures and hearing the sounds of the wild. Rooms also come with bluetooth speakers, rain forest showers and floor to ceiling windows flooding the cosy and chic spaces with light. Enjoy a vast breakfast buffet of fresh fruits and shakshuka at Neni, the lauded rooftop restaurant also boasting a 360 degree view of Berlin.

For a High-End Stay: Hotel Zoo 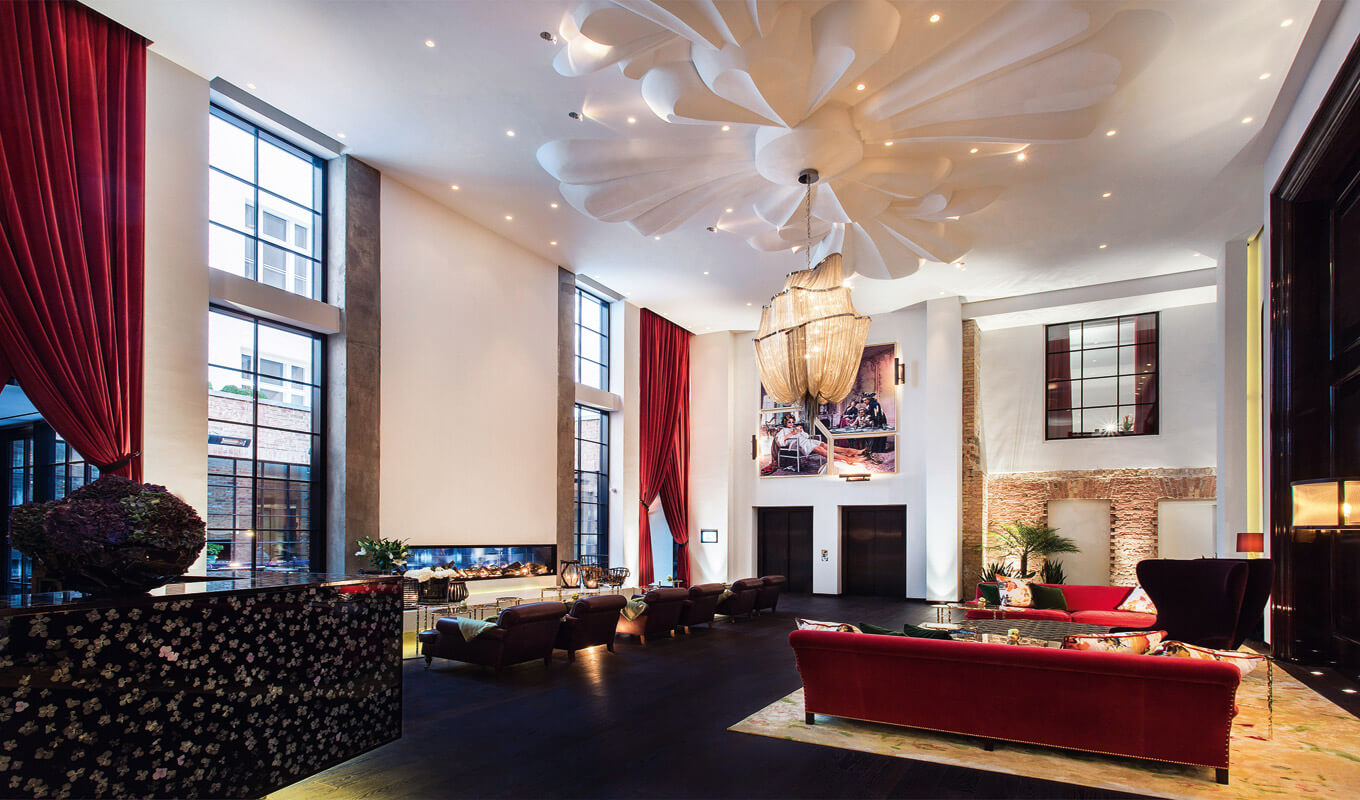 The Run-Down: For a very long time these  Charlottenburg digs have been the glamorous bolthole of choice for the traveling elite. From the 1950’s screen sirens to more recent stars like Tilda and Brad, Zoo, with its Diane Von Furstenburg designs and MMM robes and towels, is the west’s most lavish stay for sure. Check out the incredible inhouse restaurant Grace, and nearby KuDamm for shopping sprees.

For a Quirky Stay: Sir Savigny 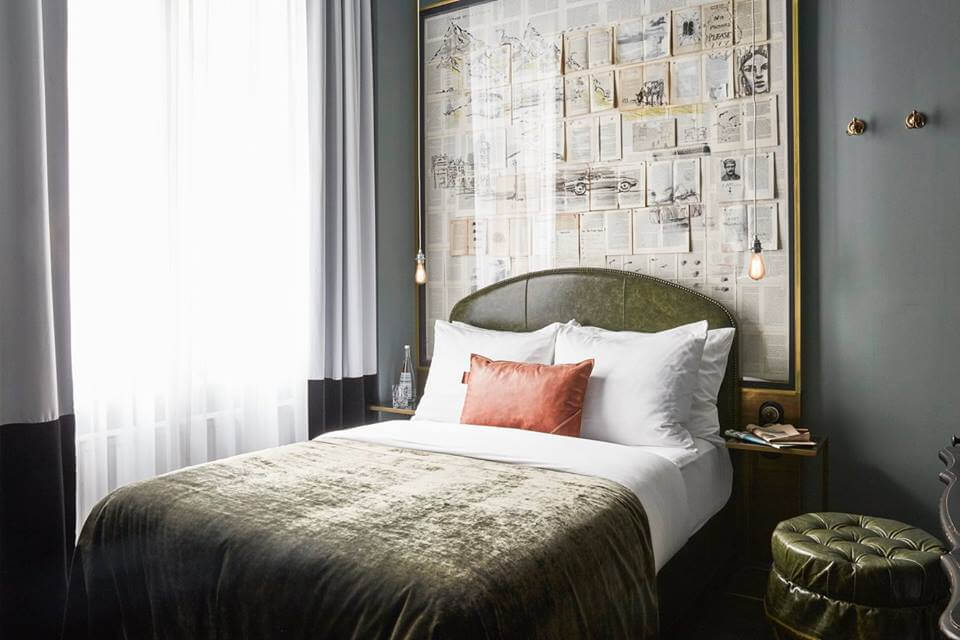 The Run-Down: Another accommodation option with plenty of quirks and perks that will delight hotel fetishists to the max. This boutique townhouse delivers a concept: you’re staying with a high roller society gentlemen with swagger at Sir Savigny’s place for the night. Ring brass bells for assistance, peruse the private library, kick back amongst plush velvet sofa, beds, chandeliers and order room service from the insanely good in-house burger bar. 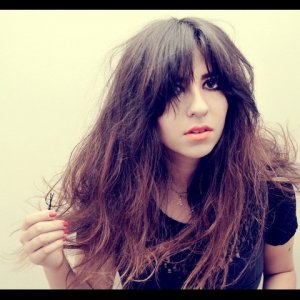 Alexandra is a writer and editor based in Berlin by way of Worcestershire, Manchester, NYC and London. She is a Sagittarius, like Britney, her favourite herb is coriander and she is excited to visit Japan, Mexico, Georgia and Romania in the next six months.