Charming, full of life and vitality with a warm climate and incredibly friendly inhabitants, Mahon, the capital of Menorca (the discreet sister island of Ibiza and Mallorca), is an exceptional place to explore a hybrid of natural parks, a rich cultural heritage and exquisite cuisine.

Mahon is a must visit destination for lovers of beautiful hidden coves, unspoilt beaches and fresh seaside dining. Mahon has one of the largest natural harbours in the world at 5km long, over 1 km at its widest point and 150-30m deep. 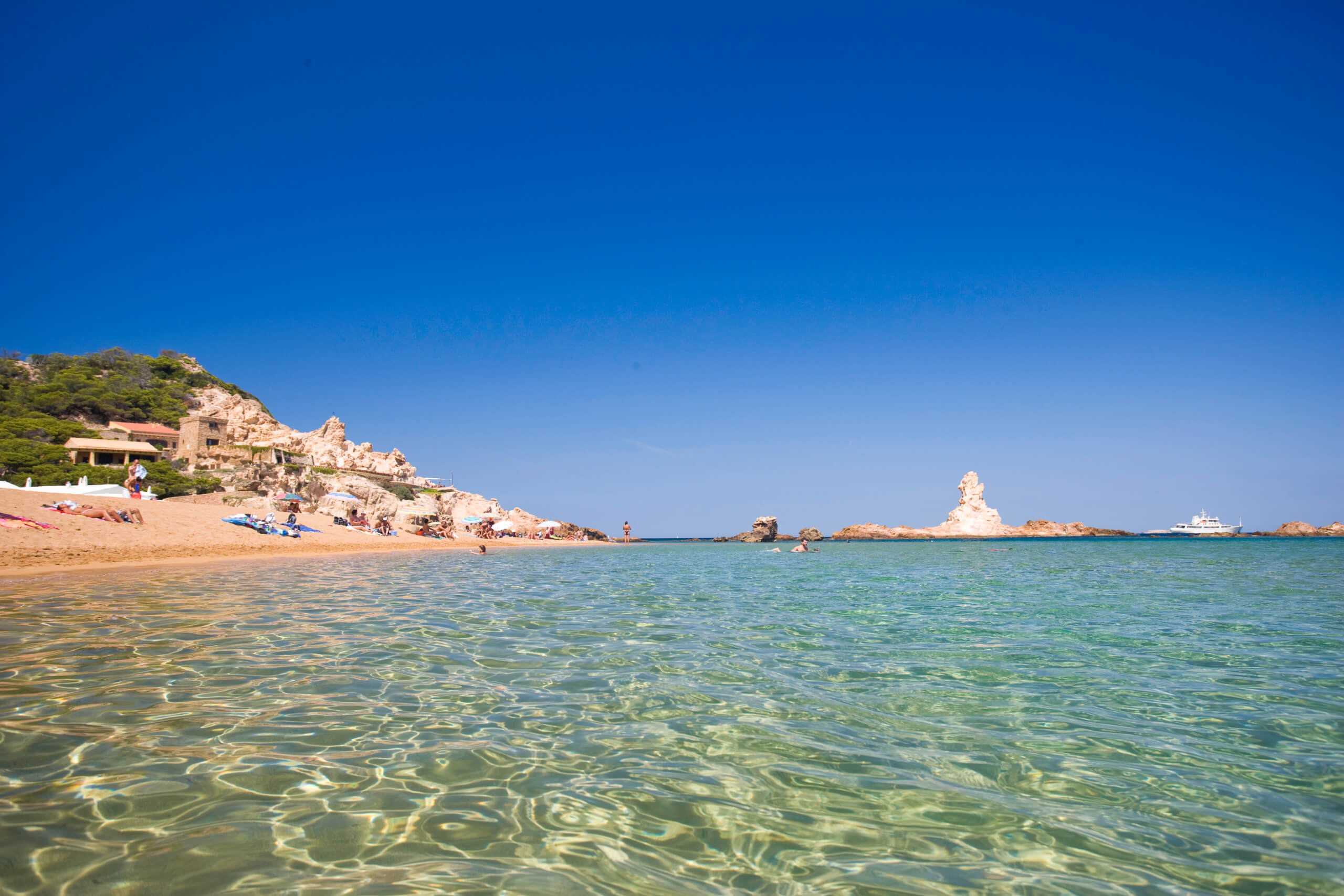 Mahon is a beautiful paradise and a must visit for not only lovers of sensational beaches, exceptional restaurants and breath taking views, but also those seeking adventure with its multitude of soaring cliffs, marine reserves and surrounding countryside –  plus a wide range of activities offered from kayaking to windsurfing.

Mahon is also home to the largest natural port of the Mediterranean. It has a length of three nautical miles, and shelters and coves. It is a historical reference for centuries and has regained importance for cruise ships and large scale boats. 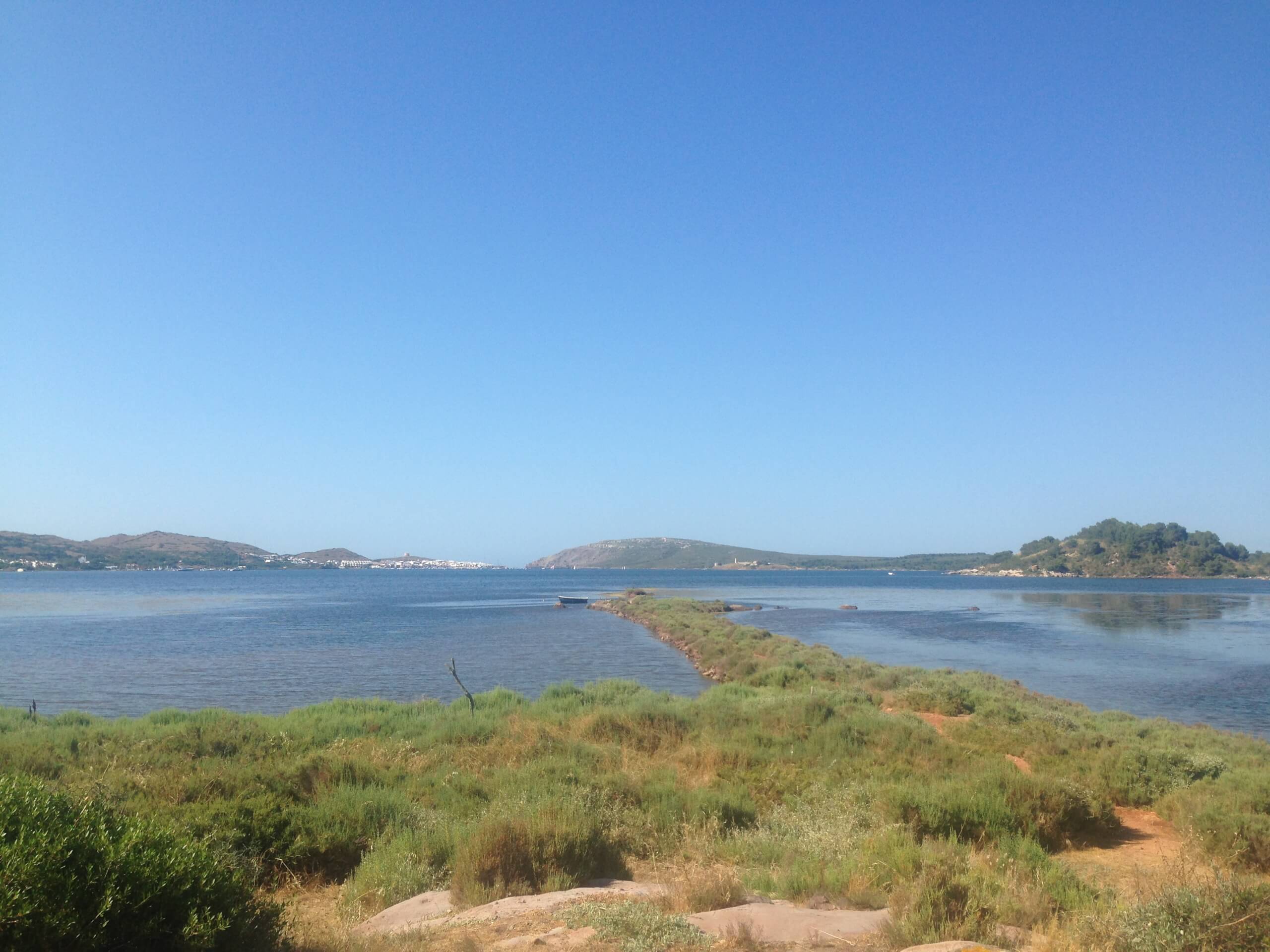 One of the most beautiful beaches is Pregonda, near Es Mercadal. The beach with its reddish gold sand and pink rock screates the effect of a lunar landscape and is also surrounded by dunes and green fields. It’s located on the quieter north coast of Menorca and there are tiny islands just off shore that protect the bay from the winds, so the seawater remains crystal. 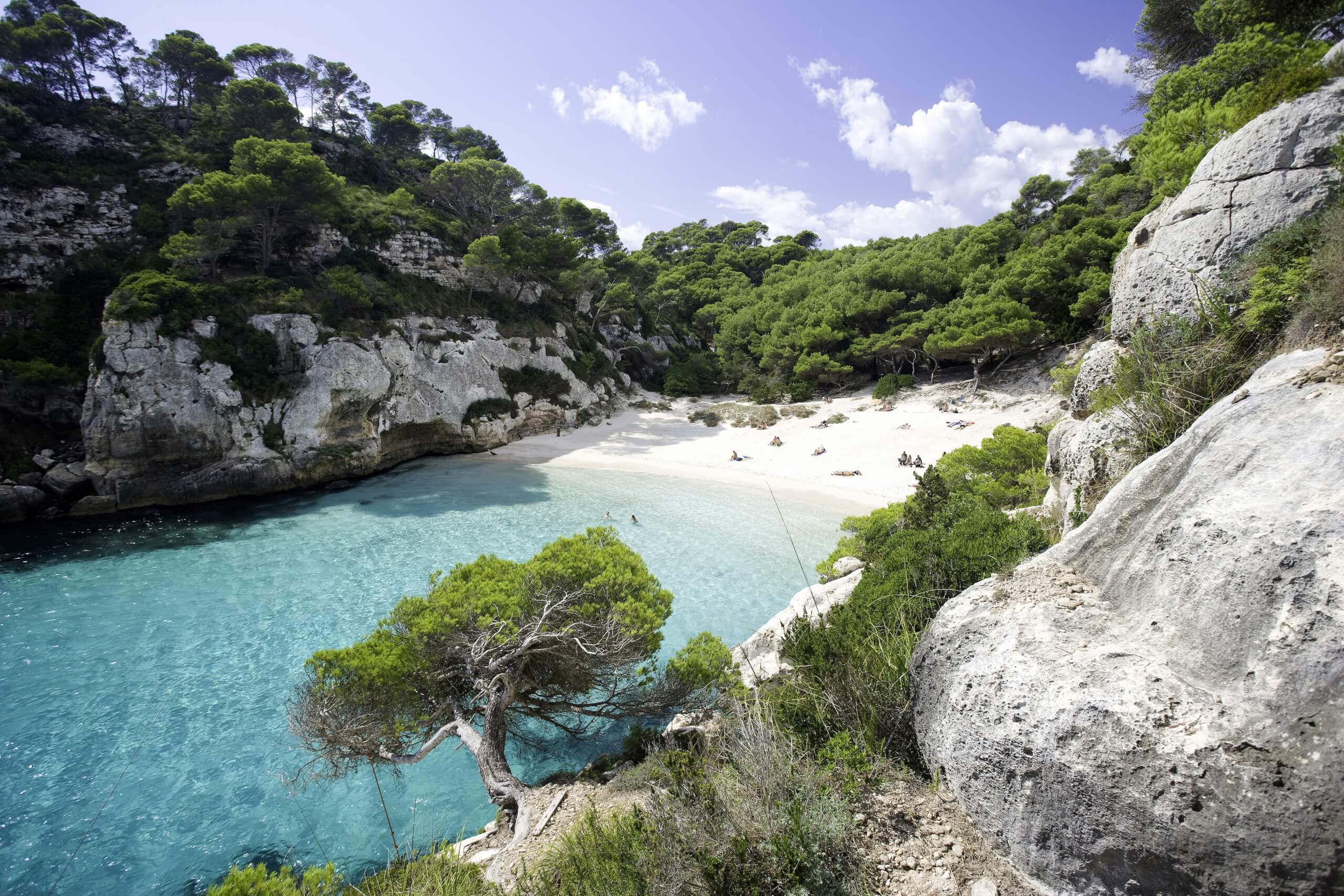 Another beautiful beach on the South Western side is the hidden cove of Macaralleta. Various stunning shades of crystal clear turquoise water is surrounded by bright white sand and this is perhaps the best view of the Menorca beaches, it really is a hidden paradise! Take a boat trip around the beaches to discover hidden coves. 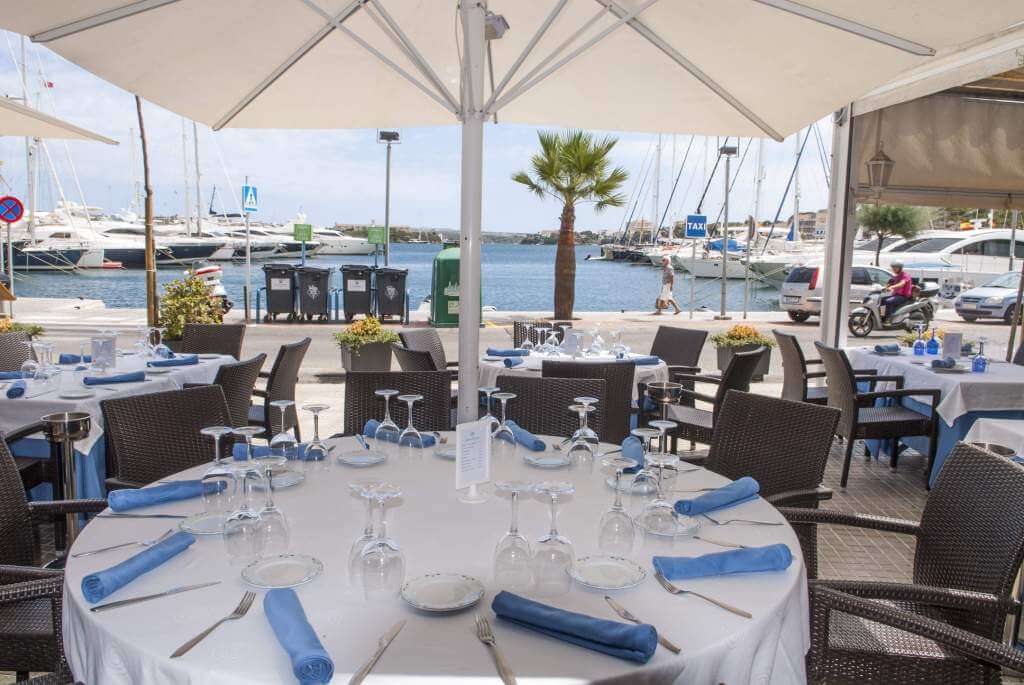 Located in the Mahón harbour, this traditional restaurant allows you to over look the sea while you eat. The view from the restaurant is especially breathtaking at dinnertime when you can watch the sun set onto the harbour. The seafood paella is specially good and great for those on a budget (prices from 15 to 25 euros). 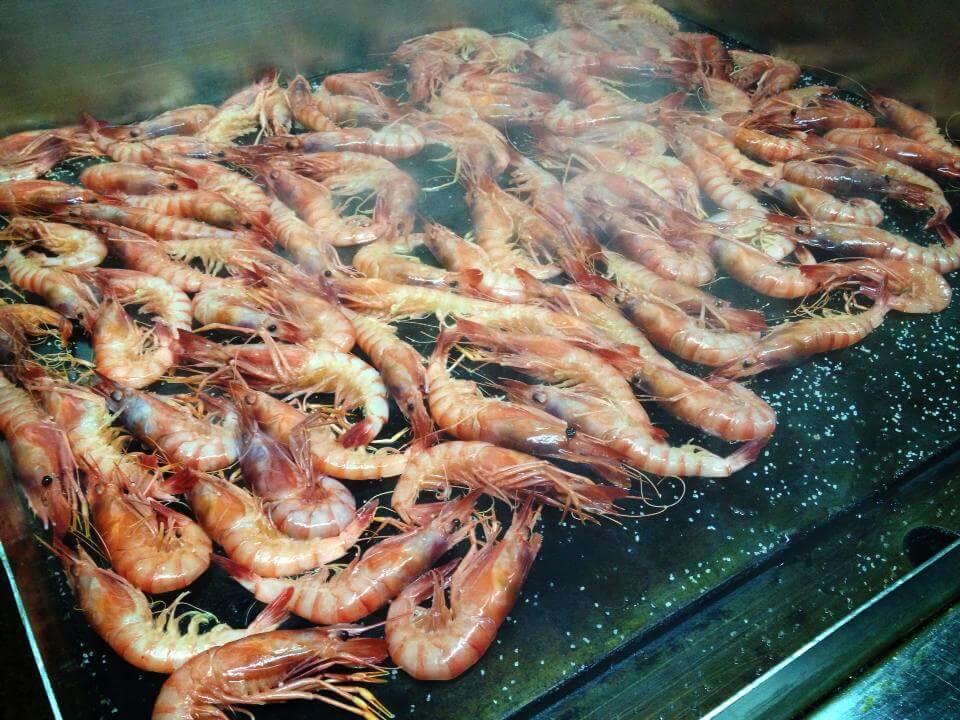 Restaurant El Trébol is another superb seafood restaurant located in the little harbor of Es Castell. The seafood is impeccable and fresh and the menu is extensive. The gazpacho soup is divine and just about every fish you can imagine is served; swordfish, monk fish and squid. The entrecote steak is especially good. There also is a wide range of salads for those wanting something less heavier. This restaurant is suitable for the entire family. 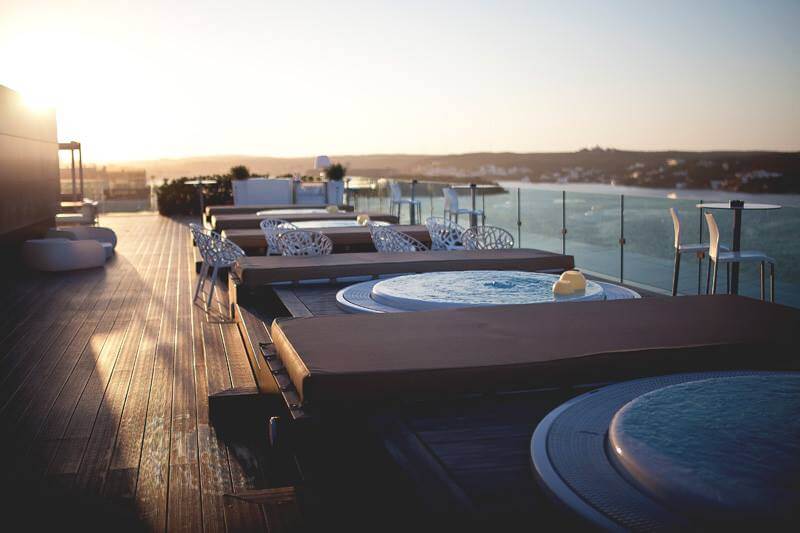 Located 150 meters from Punta Prima beach, the Hotel Barcelo offers comfortable, clean, spacious rooms and wide range of services and activities. The staff are warm, friendly and the service is great. The hotel has 3 pools, including an adult only pool and there is even a water park. The spa offers a wide range of beauty treatments and massages for those wishing to wind down. 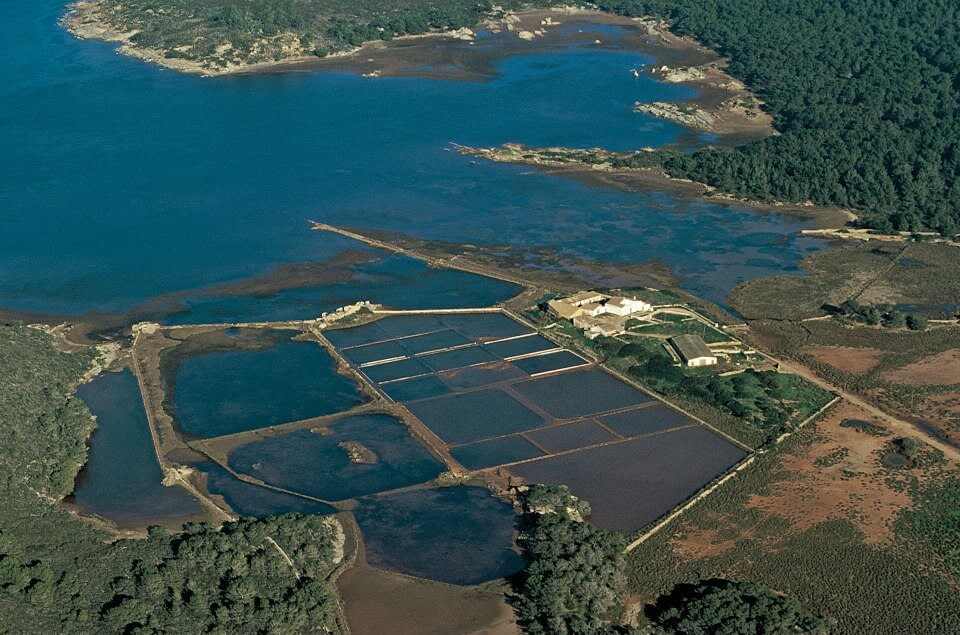 For something incredibly special, visit the salt farm of Reserva la Concepció. Located north of the quaint town of Es Mercadel, reach the salt house by going inside a rusty gate that looks like it’s not in use and driving down a gravelly road, eventually leading to a beautiful, traditional farm house.

Surrounding this townhouse are pools of salt that glisten in the sun. The smell of the air surrounding the area is fresh and smells like you are in the midst of the sea. 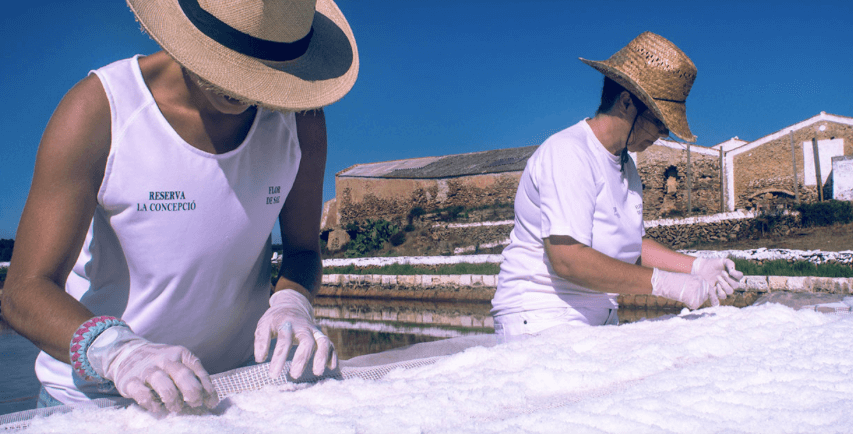 The salt mine is recognised as a Natural Area of Special Interest by the Balearic government. Founded in 1853, the salt mines stopped being used in 1984 due to the depreciation of the price of salt, however, was restored as a salt farm in 2012 and now produces cooking salt “Flor de Fornells” which can be found in supermarkets and in the department of food halls globally.

In the farm, you can witness first hand how the salt is made. The sea water is collected in the 12 pools that surround the reserve which then evaporates due to the effect of the sun and wind, forms into crystals in the pools and then is collected by hand, using a salt type broom. The site is also used for weddings and engagement due to the breathtaking surrounding scenery. 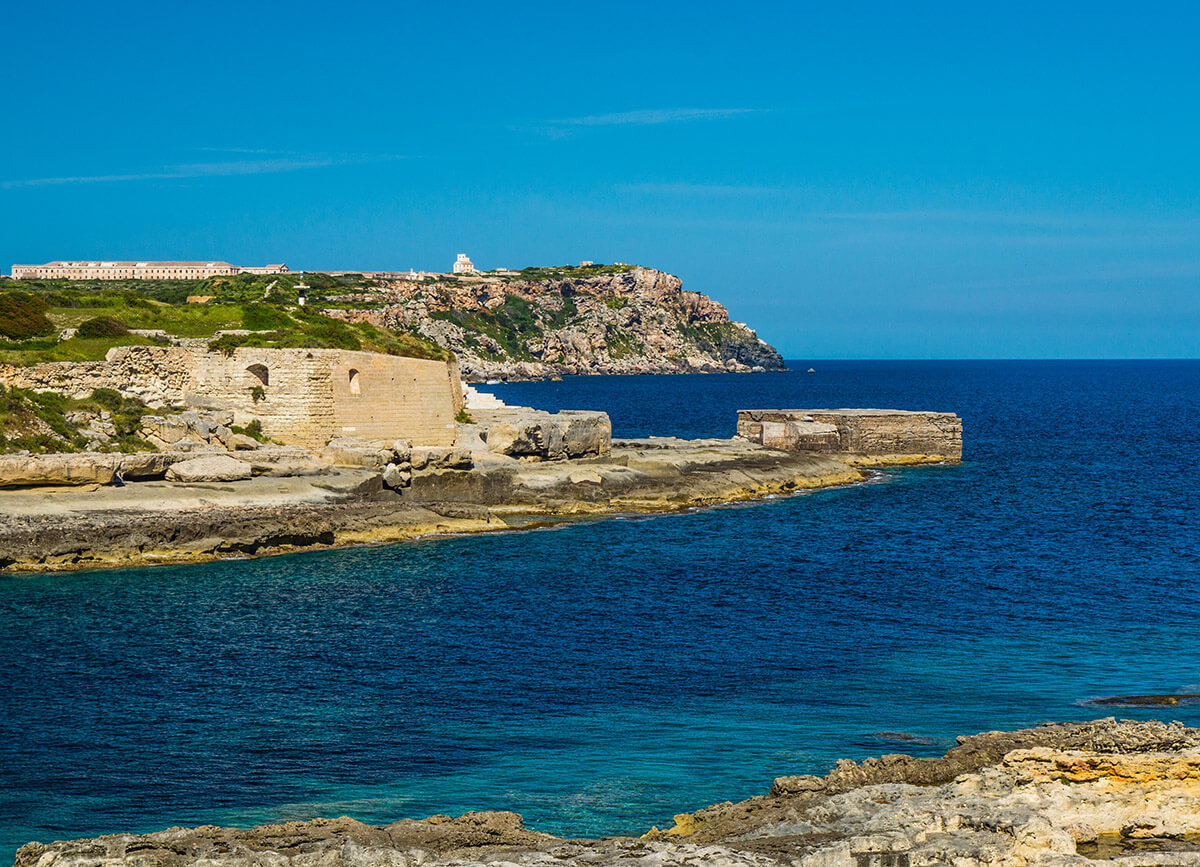 Fort de Marlborough is located by the mouth of the Mao port, in Cala Sant Esteve (Es Castell) and was built by the British in around 1720. Its name derived from Sir John Churchill, Duke of Marlborough who was the most outstanding general of his time.

The role of the fortress was to protect the entrance to the port of Mao and was partly destroyed by the Spanish, meaning it had to be re-built during the last period of British rule in 1978-1802. Built over a large trench, it is a small port with a heptagonal central closure that once held artillery guns for defending against possible army attack.

Views from the top of the fort are simply breathtaking. The first part of the visit goes through the underground galleries, the counter mines and the rooms excavated in the rock.

After walking along the moat, the upper level is reached, where you can see a view of of the historical area of the port of Mao, the Fortress of Isabel II, the remains of the castle of Saint Felip and the Penjat Tower. 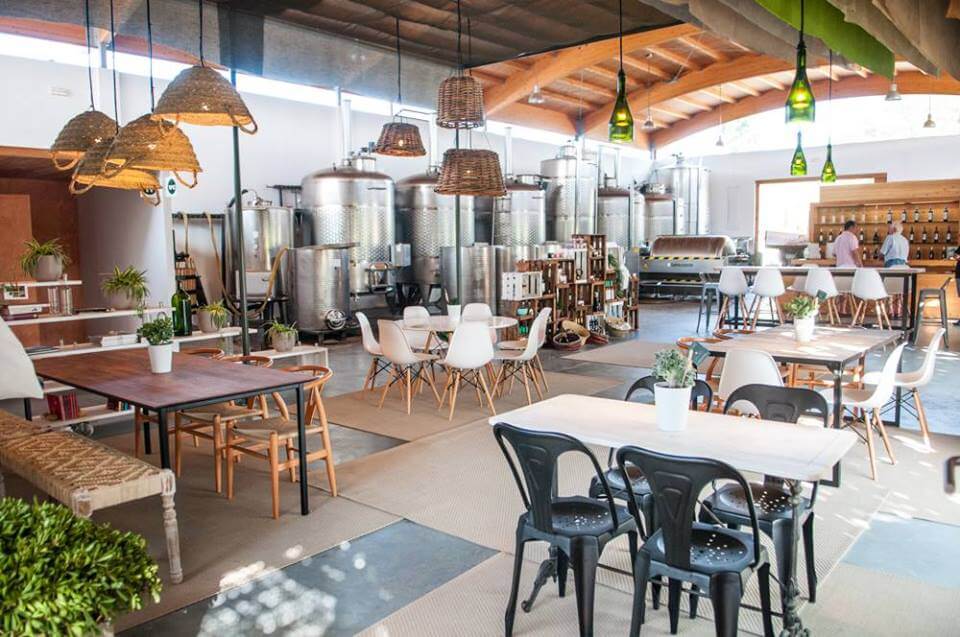 Set in the beautiful, rural countryside, this is an oasis that can be visited all year round. Take a guided tour through the winery to discover how the wines from Binifidet are made and taste it while you do so.

There is also an open air restaurant located in the winery located on a terrace and is shaded by vines growing overhead. The perfect place to enjoy the wine made in-house. The menu is innovative and many of the dishes have been designed to compliment the wine. 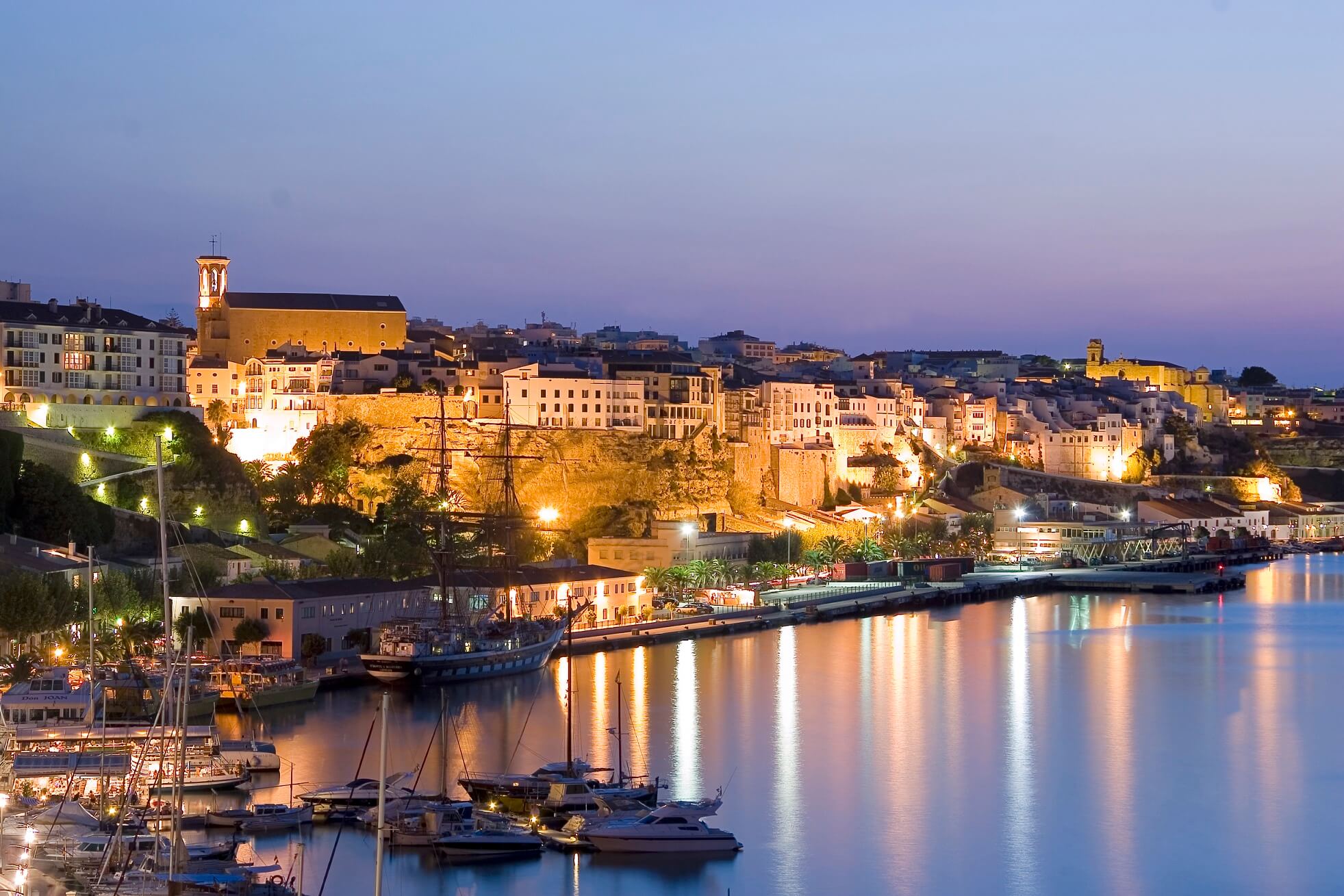 Es Mercadal is a small market town in the centre of the island, with a medieval old centre of rustic whitewashed houses which line the  pretty narrow streets. It lies at the base of Monte Toro, Menorcas highest ‘mountain’ (357 m). On top there are viewing areas and a small cafeteria. From here there is an excellent view of the whole island up to the bay at Fornells and the northern coast and the hills of the islands’ centre, down to the southern coast.

A great stopping off point for a break if travelling along the center of the island. The town is also home to traditional cakes and biscuits including amargos (almond macaroons ), carquinyols and torro cremat which you will find in the little cake and pastry shops along the main shopping road. The perfect place for a coffee, teas and edible treats. 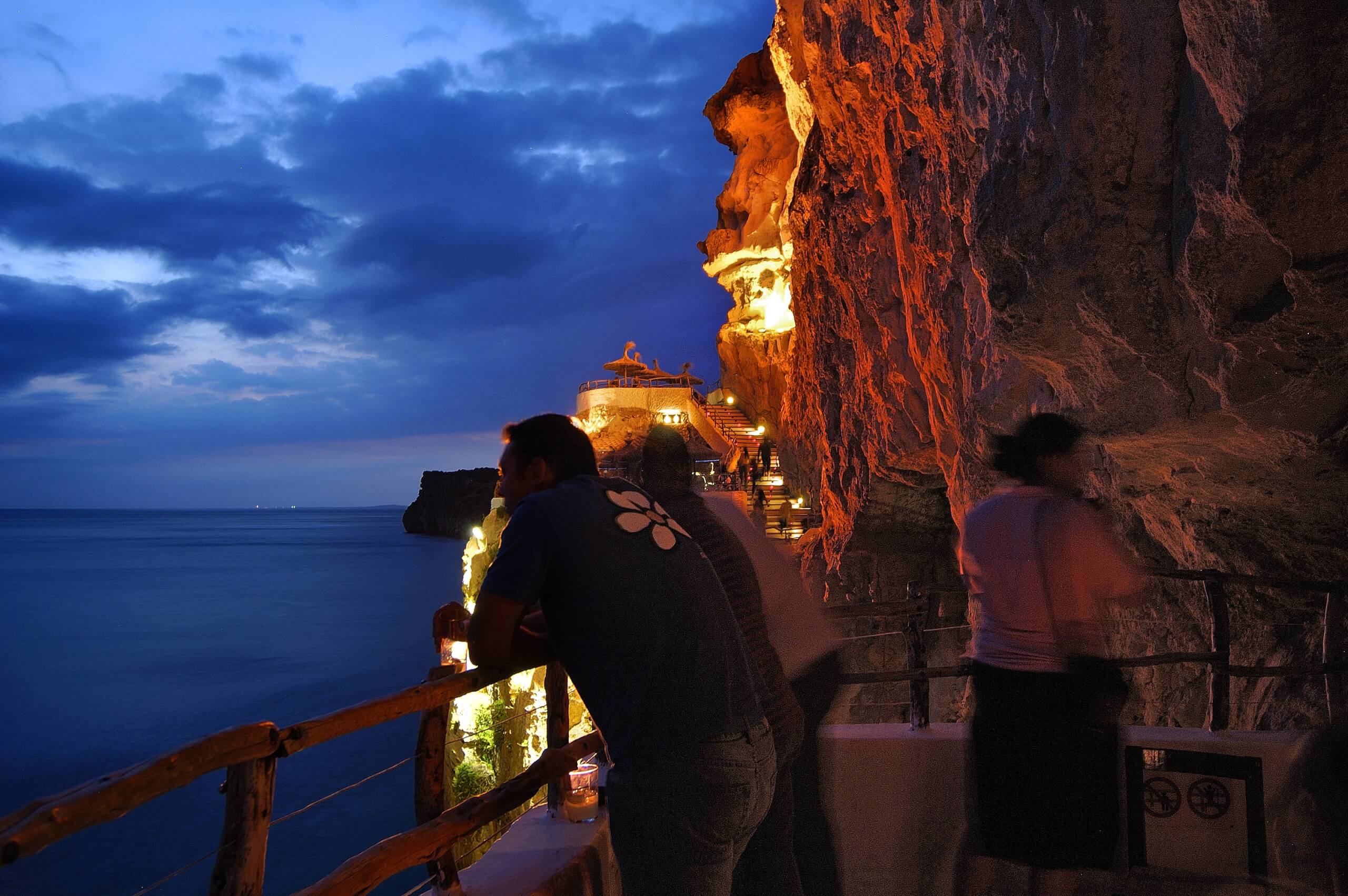 Visit Cova d’en Xoroi, a bar located on the cliff on the sea for sunset, cocktails and to listen to balearic beats. Sip cocktails overlooking spectacular views, from where one can contemplate the dawn, the sunset and the spell of the moon.

Fly to Mahon with Easyjet. 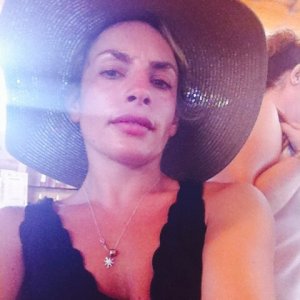 Sarah is a freelance writer for About Time Magazine. Find her spreading her travel wings to undiscovered places. She has a keen eye for fashion, art, cooking and yoga.