I lay on the forest floor, staring at the early night’s sky through a gap in tall, thin pine trees. Beneath, I could feel the undulations of tree roots among the soft pockets of grass and reeds, the forest’s arteries pulsating in a rhythmic, soothing manner. I relaxed my head into nature’s pillow and thought of nothing and everything, simultaneously present and distant. I longed for the silence to endure, for the meditation to continue indefinitely, to stay in this moment.

I had arrived 24 hours earlier in Finland’s Lakeland region, vast bodies of water flanked by mystical forestland and thousands of islands, the product of the Ice Age, unsure about well-being practices like ‘Forest Meditation’. Though I understood the healing role of nature, as a hardened city-dweller with British sensibilities, I’d underestimated its power. I had also never been much of a ‘sauna guy’, and for Finns, saunas are something of a religion. In due course, I would swim at night in near-freezing temperatures, sit happily in a 75-degree sauna while flagellating myself with eucalyptus leaves, and leave espousing the Finnish way of life.

The region’s Lake Saimaa is Europe’s fourth-largest lake. Home to the endangered ringed seal, the water is so pure in some parts that you can drink it. A summer retreat or a winter paradise, Lake Saimaa has all bases covered for reconnecting with nature, an integral outlet for Finns dating back centuries, when doctors even prescribed time among the protected woodland for illnesses. 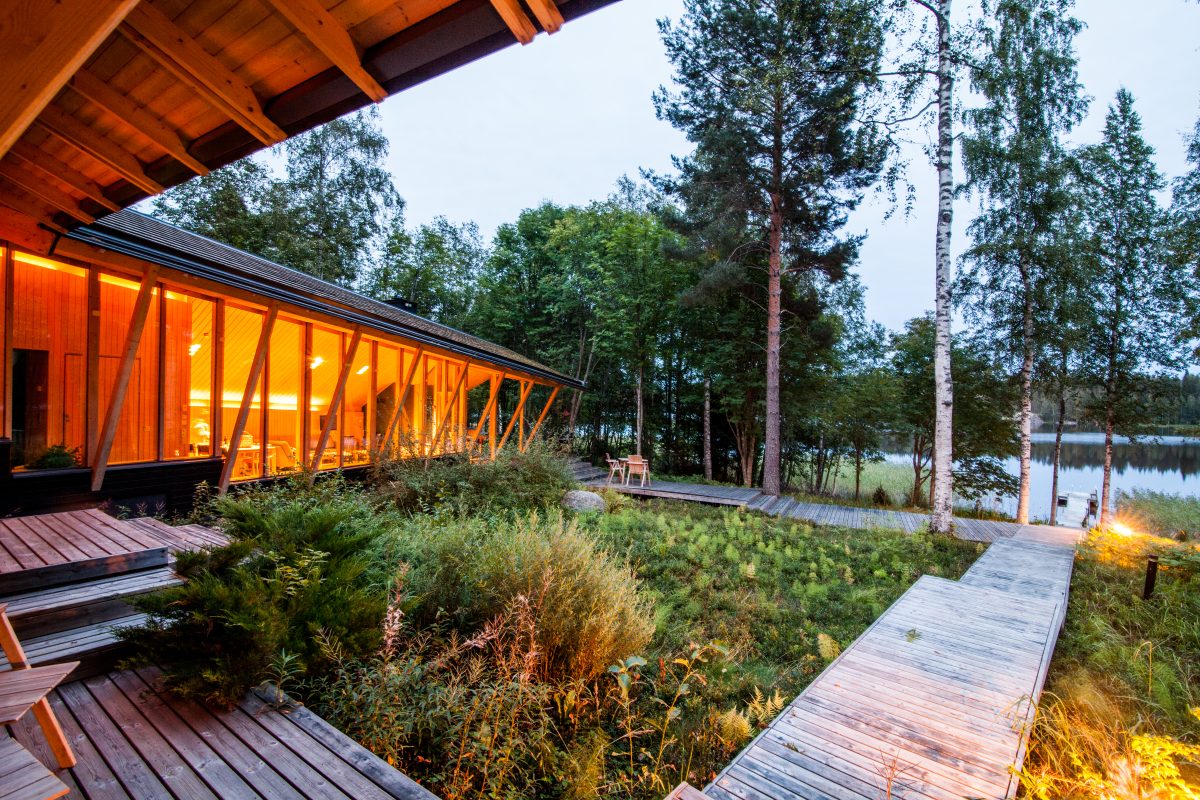 Our first stop was Halla Resort, about a three-hour drive from Helsinki airport in eastern Finland. Immersed in its landscape so as not to detract from it, the wooden, Scandinavian-designed lakeside villas were breathtaking, offering calming views throughout its glass vista of the water mere metres away. Ideal for getaways or even business meetings, each villa has its own sauna, which we frequented after dinner armed with “sauna beverages”, as per tradition. Our pontoon snaked its way to the water, gently guiding guests for a swim, an elusive temptation for now. 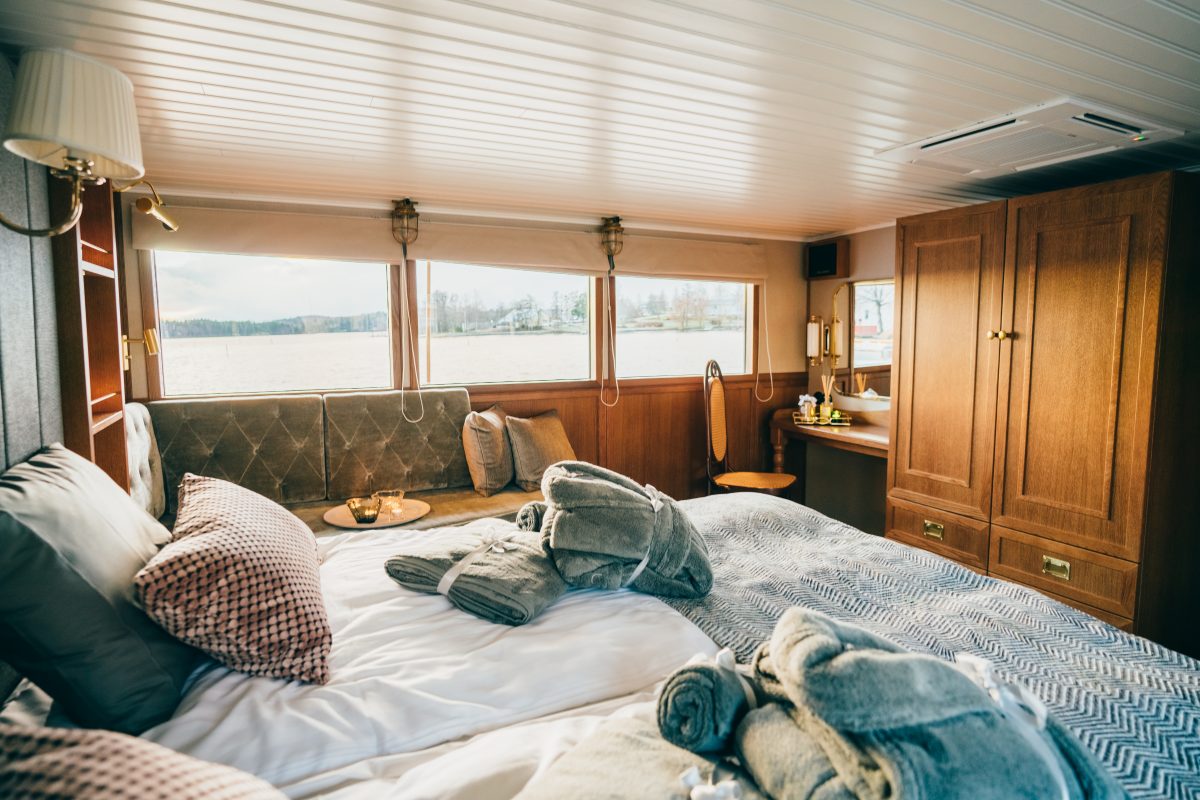 Rising early to absorb the views, we headed for the town of Savonlinna. There, we met Captain Janne Leinonen, who recently restored the luxury steamship Paul Wahl, a beautiful piece of craftsmanship more than 100 years old. Private cruises run through the summer and were still available in November (by January, temperatures plummet well below zero), along with the opportunity to stay on the boat when moored. A short journey away was the world’s northernmost medieval castle, Olavinlinna, charting Finland’s occupation by Russia and Sweden and playing host to the opera during warmer months. 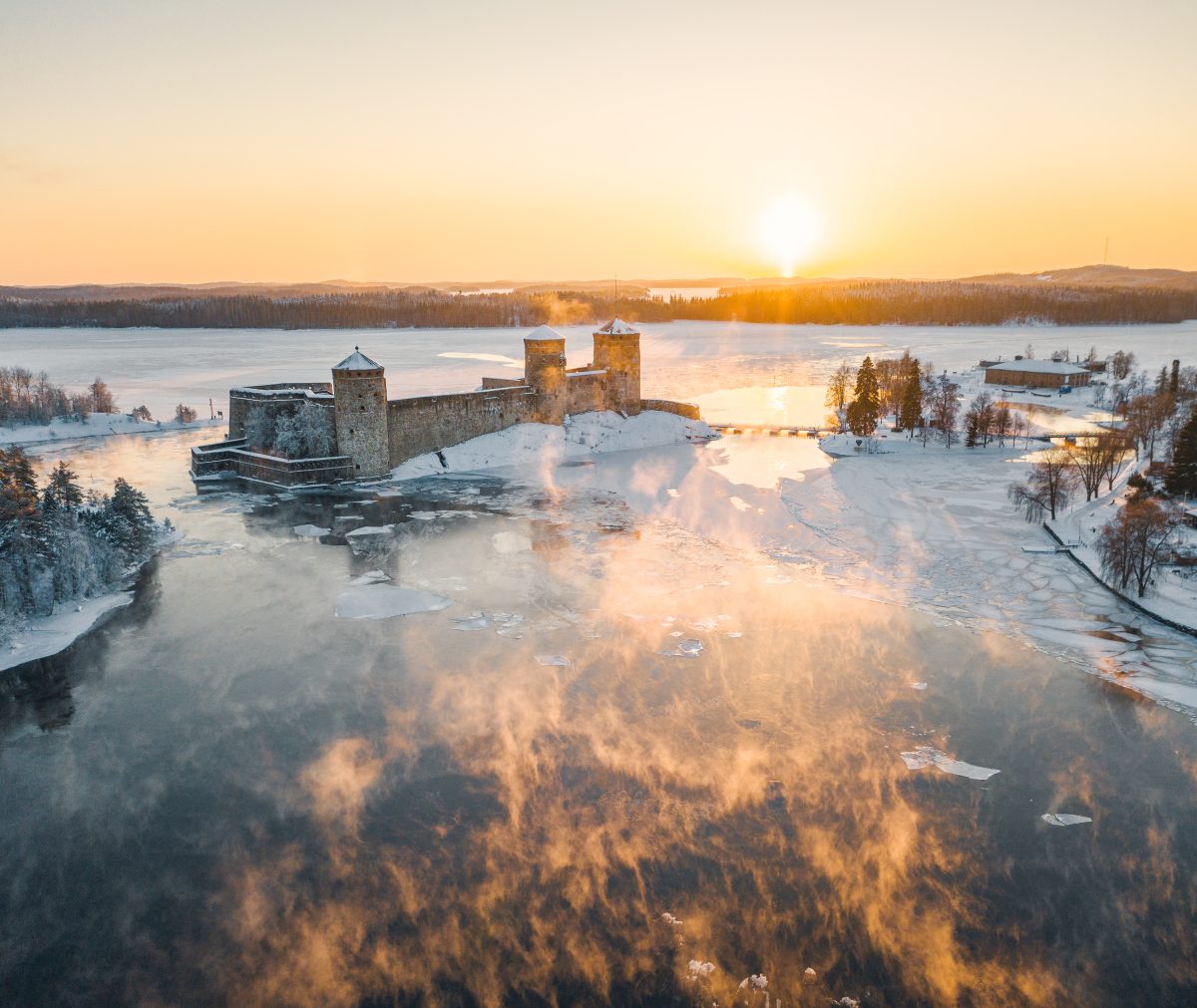 Peckish, we dipped into nearby Hotel Saima, run by Finnish-British couple Johanna and David Taylor, for a soothing bowl of salmon soup and one of many baked goods on display. The listed building blends the old with the new, preserving its wooden beams in some of its six unique bedrooms while incorporating beautiful features such as converted sewing machines, now serving as dressing tables.

Onwards to Hotel Punkaharju, the oldest hotel in Finland. Restored by former model Saimi Hoyer, the building is embedded among the pine trees of the Punkaharju ridge, standing proudly over Lake Saimaa. No two bedrooms are the same, yet its refurbishment has stayed true to its steeped history (the hotel dates back to the 1840s).

As daylight faded, we ventured out for Forest Meditation, each choosing a tree upon which to stretch and, for those who wanted to, hug before taking to the forest floor. After nearly an hour in the cool night air, we headed for Yoga Sauna, leaving more supple than we had entered the 50-degree heat. 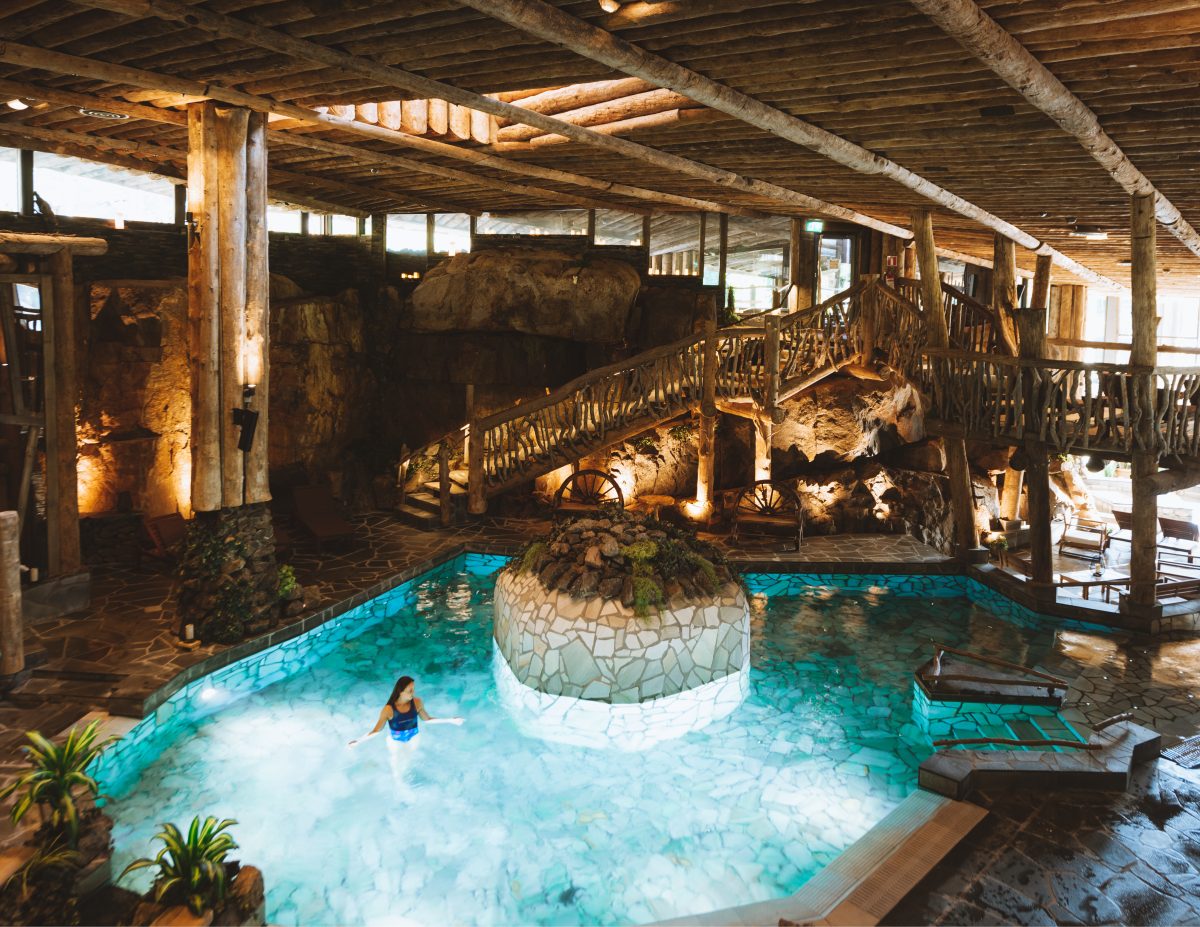 The following morning we drove to Järvisydän, a resort full of nature-based pursuits that change with the seasons and an impressive, sprawling spa. Here we went Fat Bike riding, the battery-powered booster system making you feel like a Cycling God as you navigate the wild woodland terrain with ease. A peruse of the two-floored spa, fit with saunas, salt rooms and pools, led me to my first cold water excursion, dipping into the outdoor lake pool. But if no one hears you scream, did you ever really cold water swim? 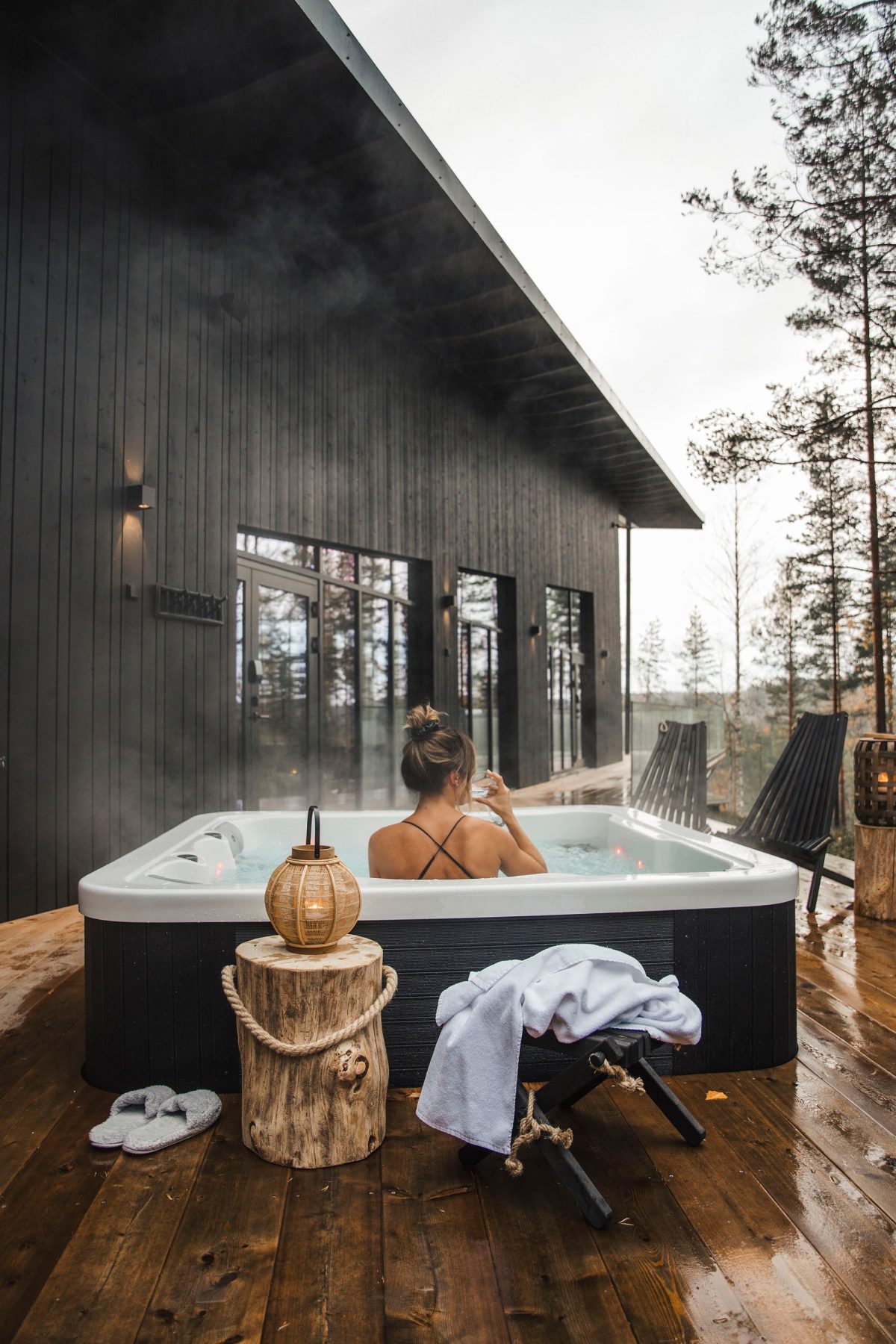 A sound bathing session followed a delicious lunch of foraged mushroom risotto with salted cranberries and spruce needles at the impressive Kuru resort, an adults-only retreat with stunning, compact villas that lean over the hill’s edge, camouflaged by green roofs. Sound bathing – one of several treatments available – is a must; an hour of sheer bliss, stimulated by gongs and other sounds that transport you out of your head to somewhere better. 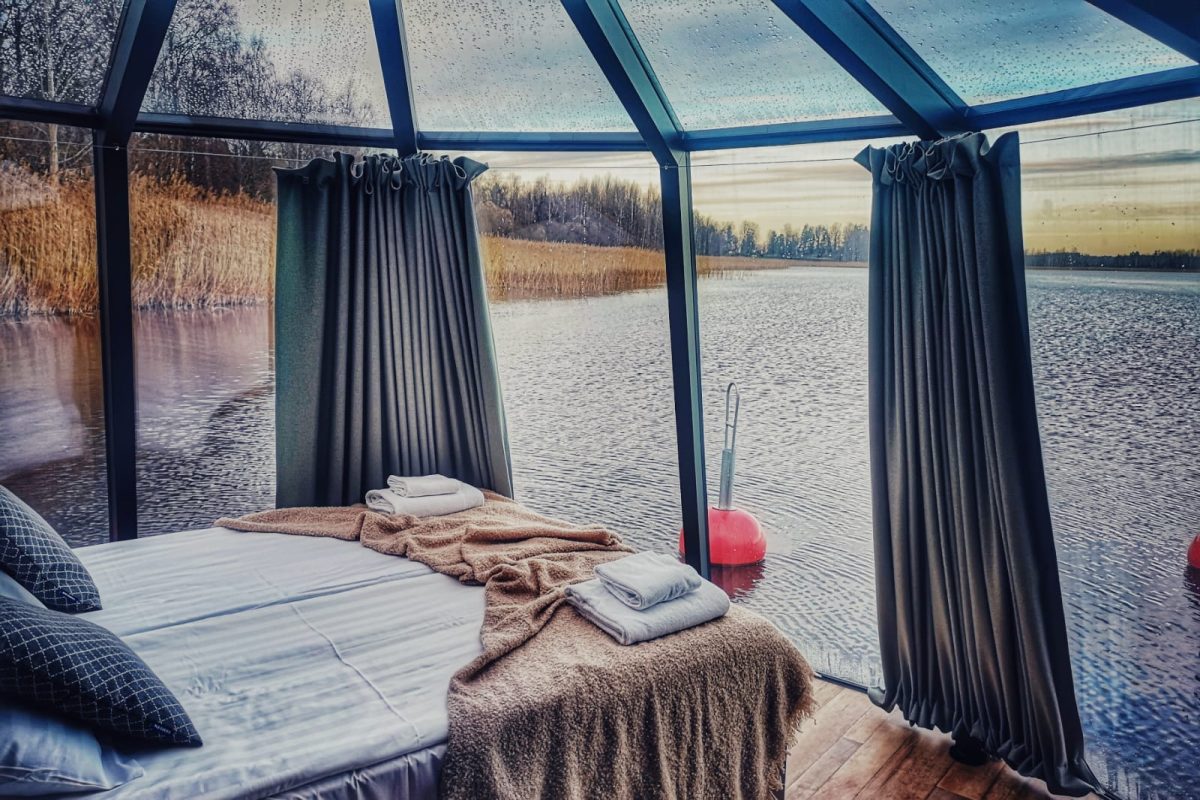 After our final dinner at Tertti Manor, a secluded retreat ideal for couples, we made it to Kyyhkylä Wellbeing Resort & Spa. Armed with more sauna beverages, we headed for one last lakeside sauna, this time in 75-degree heat. I approached the lake while cooling down and allowed my body to sink into the water. This time, witnesses heard my screams.

As with much of the world, the Lakelands are not protected from the effects of climate change. The winter ice is no longer as deep, the summer heat warmer. I left Lake Saimaa feeling humanity would do well to show a bit of Finnish reverence – even deference – for nature. So do make sure you visit this unique, hidden gem, but treat it kindly