If you take the cafe culture of Europe, blend it with the romantic air of Paris and throw in the laid back life of Canada, you’ll end up with Québec City – a slice of Provencal France in the heart of North America. 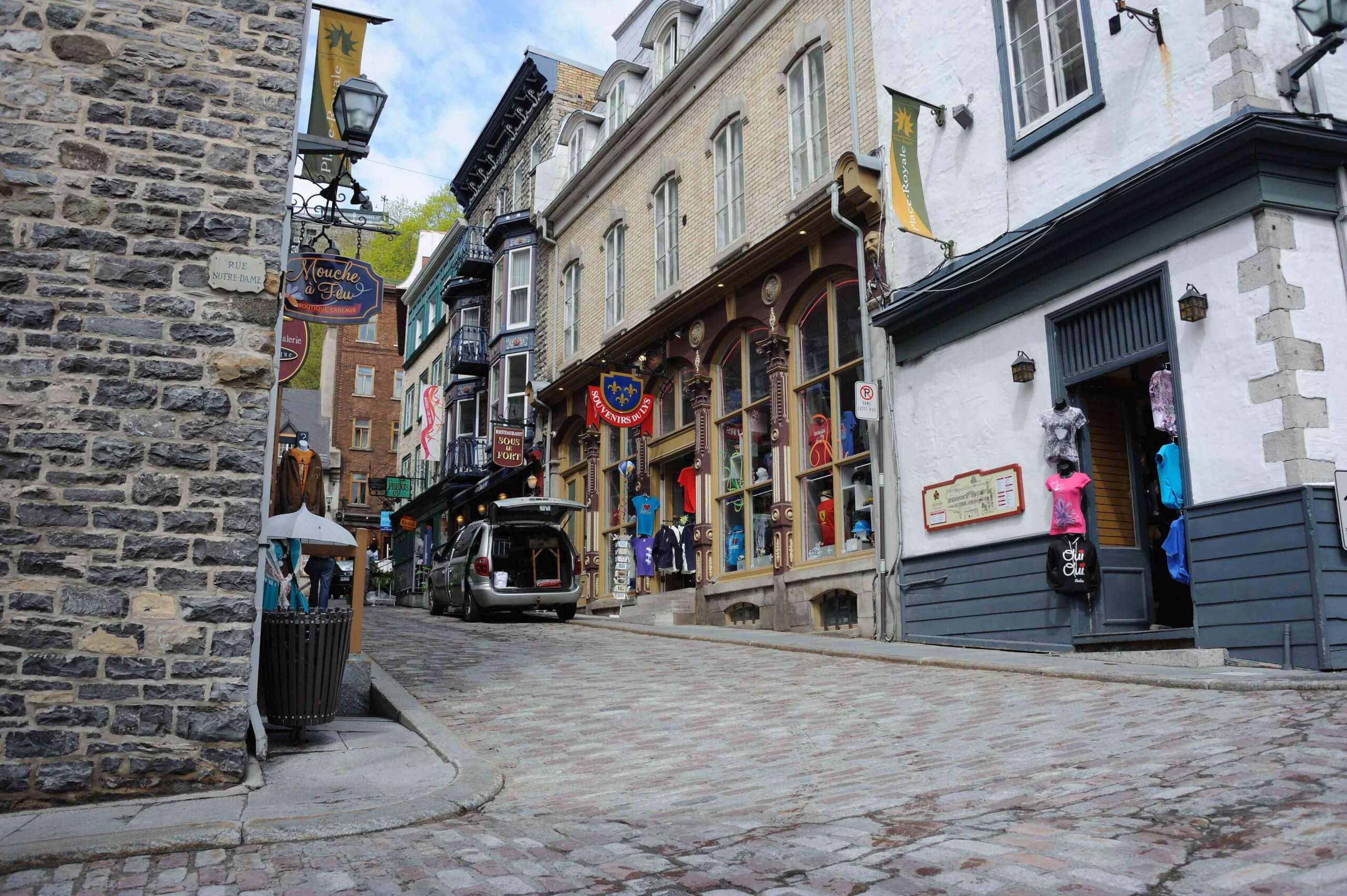 Québec City has a rich tapestry of cultural events and history all blended with standout cuisine, hip bars and luxury accommodation. Québec City may seem like a sleepy settlement, but don’t be fooled, the city is teeming with outdoor activities, lively nightlife and plenty of streets to explore. 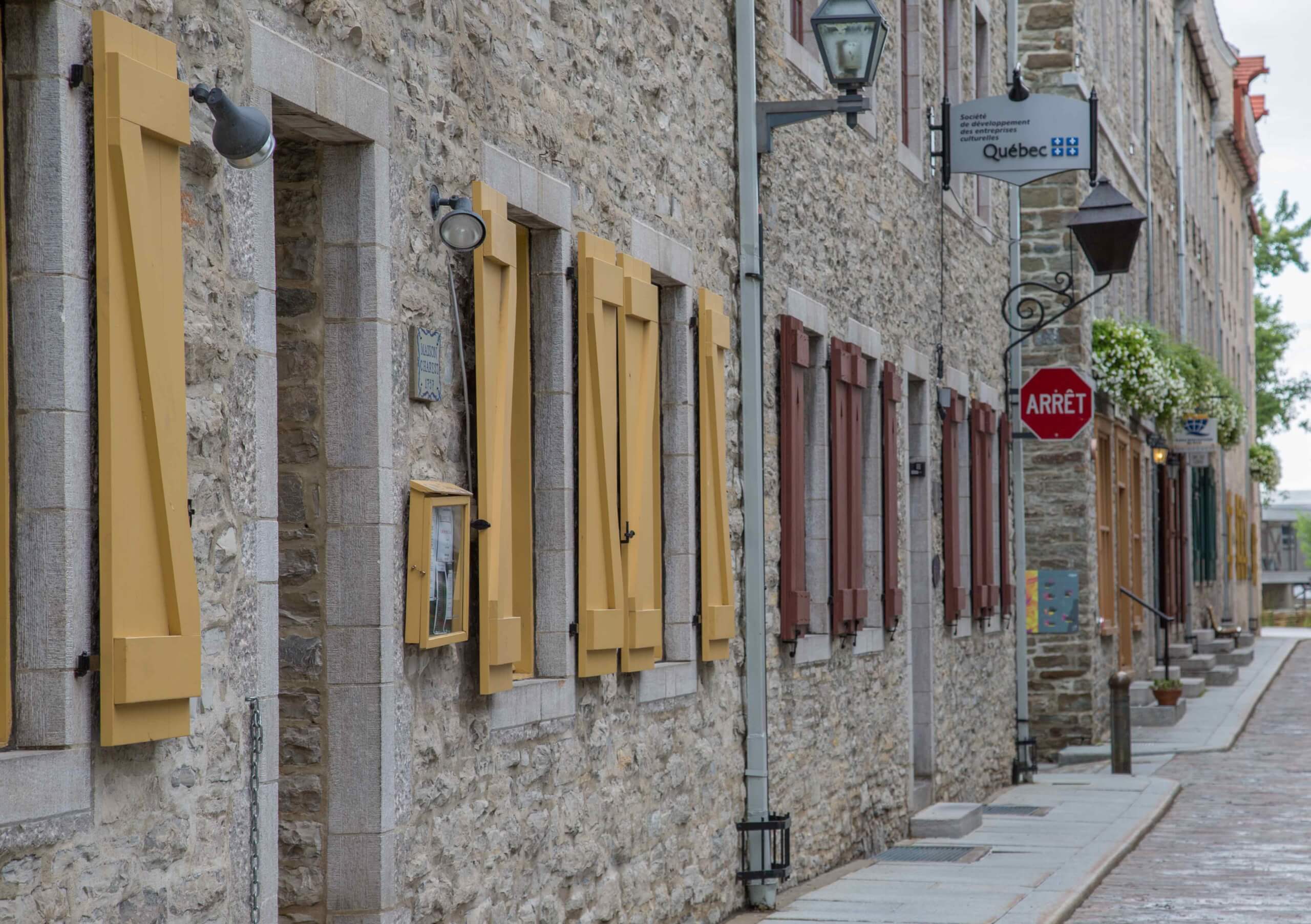 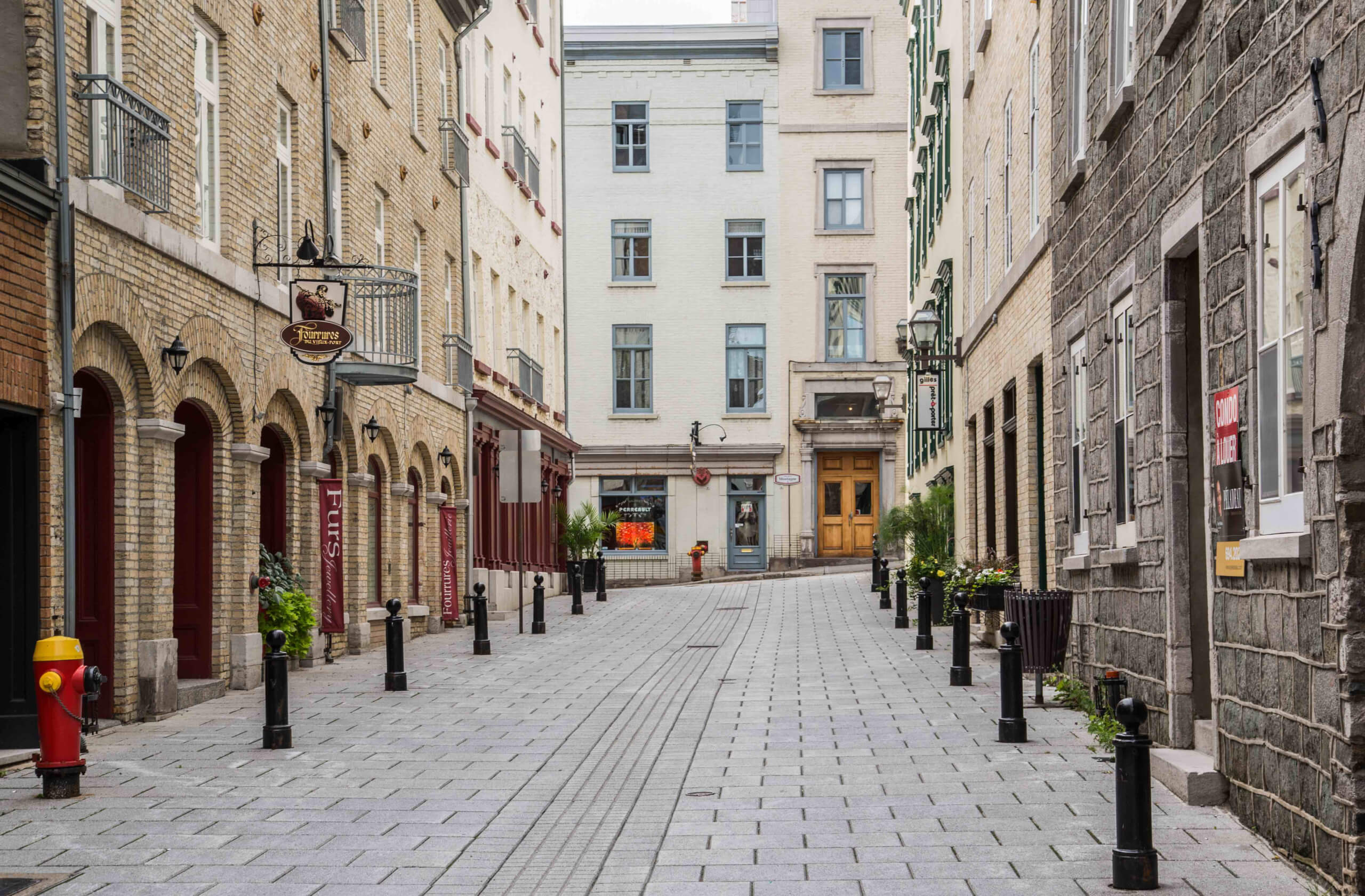 Québec City is compact, so there’s no need to rent a car, and buses are regular – just pack a pair of comfy shoes, and get out and about. The city has many districts, and you can easily spend a few hours hanging out in various pockets of Québec. Head to the Petit-Champlain area for a taste of European living and historical architecture, or to the bohemian neighbourhood of Faubourg Saint-Jean brimming with independent hangouts, shops and eateries. We visited Québec City this year and we quickly fell in love with the incredible food on offer, and the chocolate box buildings. Here’s the best places you need to add on to your Québec City list.

Québec City: Where to Stay 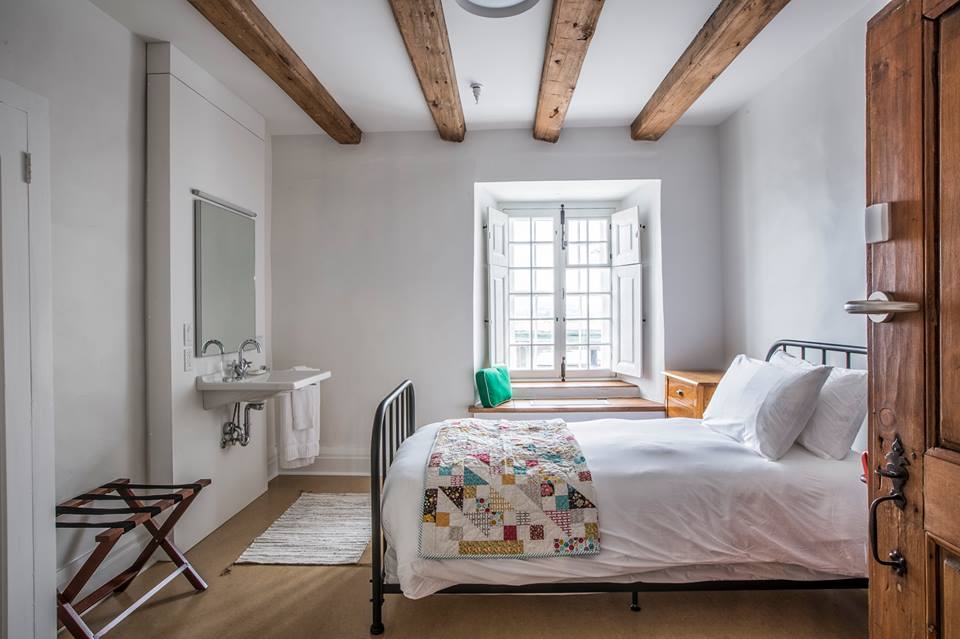 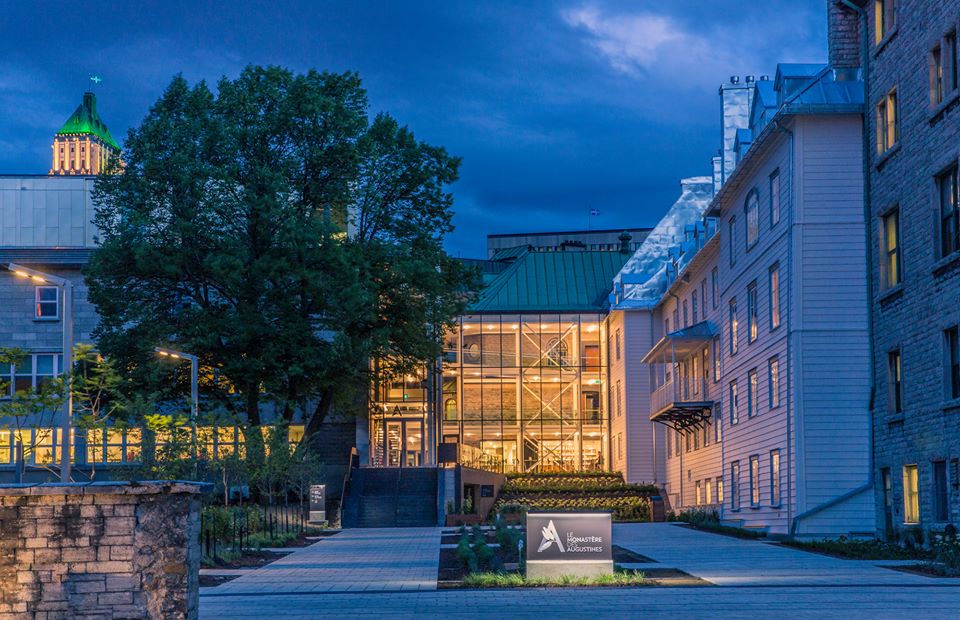 The Lowdown: Le Monastère des Augustines is a pretty special place. Occupying the historic wings of the Hôtel-Dieu de Québec monastery, which dates back to 1639 and once housed the first hospital on the continent north of Mexico, the hotel is a place where holistic healing, and relaxation takes precedence. The accommodation has an almost clinical feeling; bedrooms are white, there’s no televisions and decoration is sparse. Features aside, the beds are dreamy. And with the most cloud-like mattress and fluffiest pillows, a good night’s kip is guaranteed. 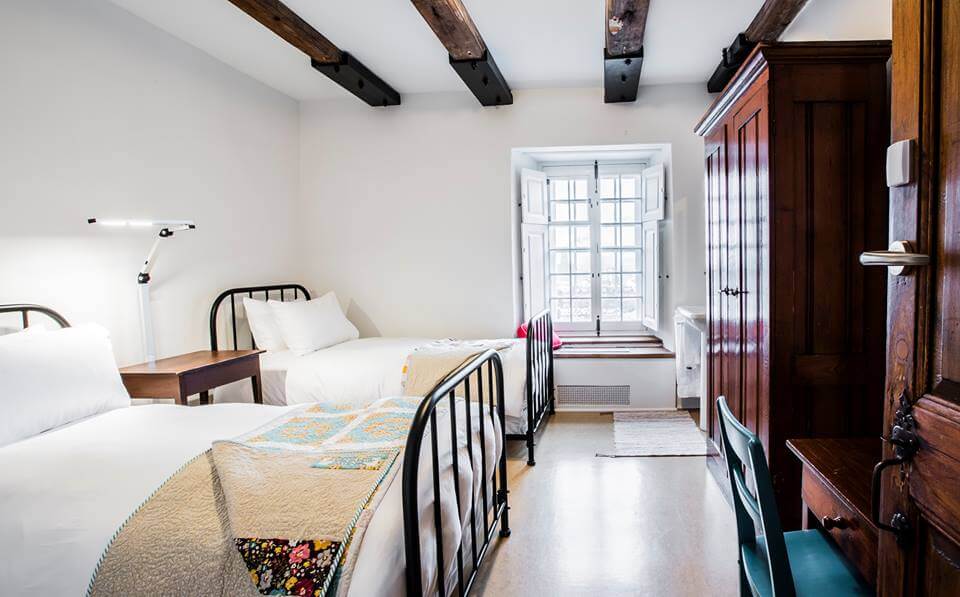 As you walk into the hotel, brace yourself. You will be bombarded by vibes – we’re talking about calm vibes. You can really switch off here, there’s no distractions (but there is WIFI for the 21st century traveller) – and you don’t have to talk to your companion at breakfast, because you have to take a vow of silence. It’s the ideal bolthole for quiet contemplation away from the bustling Québec City outside.

Along with accommodation, the hotel offers a unique wellness experience that pays homage to the Augustinian Sisters’ rich heritage and also houses a museum displaying artefacts spanning across four centuries. 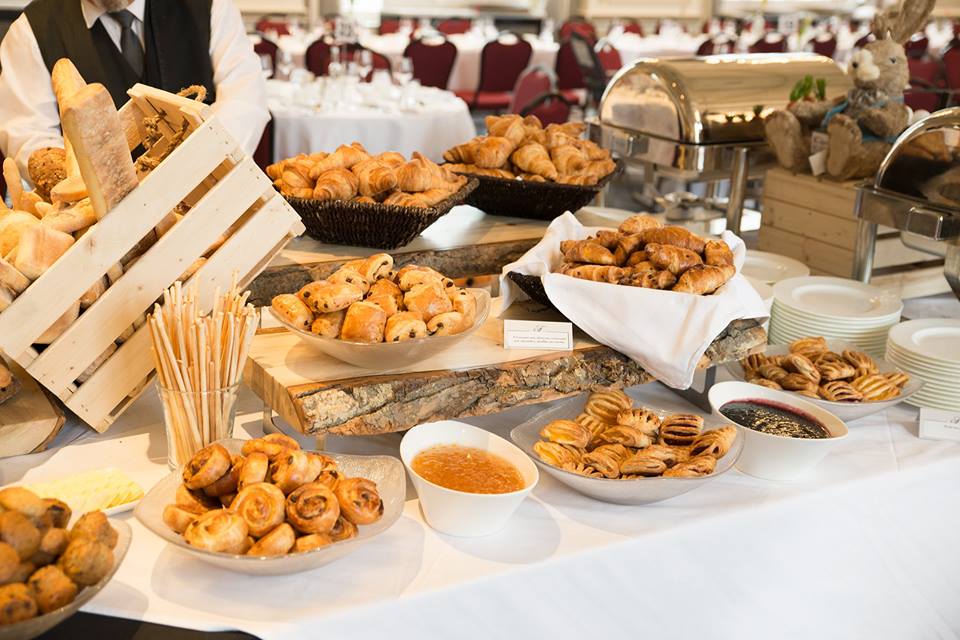 The Lowdown: Le Château Frontenac looks fresh out of a Harry Potter film. Dominating the Québec skyline with its Hogwarts-esque features, the hotel manages to seamlessly blend modern innovations with traditional service. Small it isn’t, but magical it is. The hotel will put you under its spell, what with their sweeping views of St. Lawrence River, historical architecture and overall grandeur. And if you’re a Hitchcock fan – the hotel featured in the film, I confess.

The breakfast buffet is where things get serious, and if you don’t stay at the hotel, come for the breakfast alone. Buttery scrambled eggs lovingly sit alongside fluffy pancakes, and piles upon piles of freshly baked pastries. When there’s an omlette station at a breakfast buffet, we simply have no chill. Save room for the famed maple-cured bacon. Crispy. Sweet. Delicious. 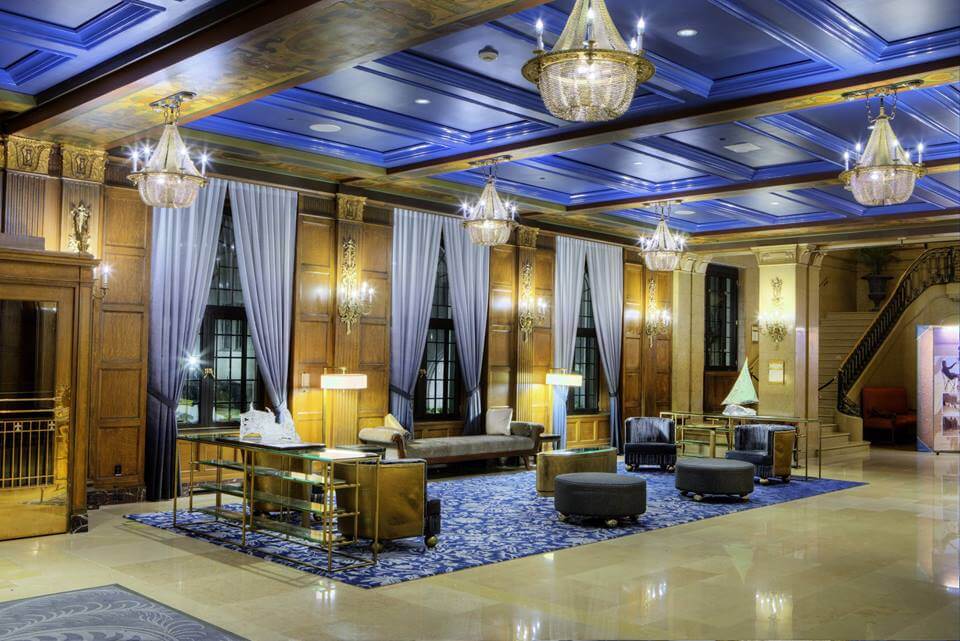 The hotel’s rooms are what you’d expect from the Fairmount group; think classic decor, fluffy robes and mini Le Labo toiletries. You can easily spend hours exploring the various corners of the hotel. There’s a spa with an indoor pool and outdoor terrace, plenty of bars for pre-dinner drinks, including the 1608 Wine and Cheese Bar, and for a Canadian feed, try the Champlain Restaurant by Chef Stéphane Modat.

Québec City: Where to Eat

Québec City is a treasure trove of culinary delights – ranging from road-side diners to high-end restaurants, and cute cafes to lesser-known establishments that are foodie gems. Locals aren’t lying when they say that Québec City is a ‘gastronomic capital’. It’s hard to scale down the best restaurants with the city boasting an accessible mix of European flavours and classic Canadian fare. 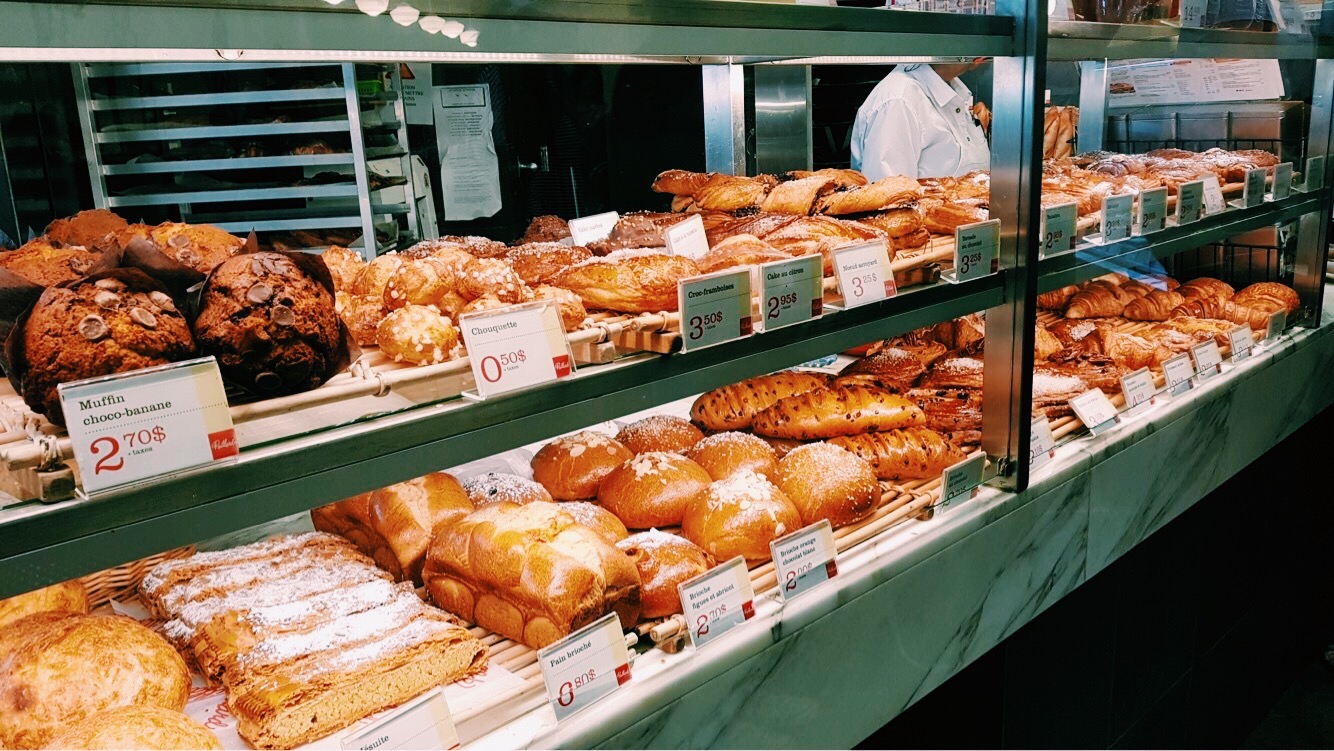 The Lowdown: Paillard is a cafeteria-style bakery where you can lustfully browse their vast selection of sweet and savoury delights before making your mind up. It operates in the same way as the cafes found in departments stores in the UK; grab a tray, place your order at the till and wait for your number to be called. This place is always busy for good reason.

Eat and Drink: Remember this is a marathon and not a sprint – so pick wisely, or prepare to take some baked bites home with you. If you come for one thing, in the name of all that is holy, come for the almond croissants. With buttery, flaky filo cocooning sticky, sweet almond paste, these babies are enough for you to sack off your hotel breakfast for.

For Dinner: Panache at Auberge Saint-Antoine 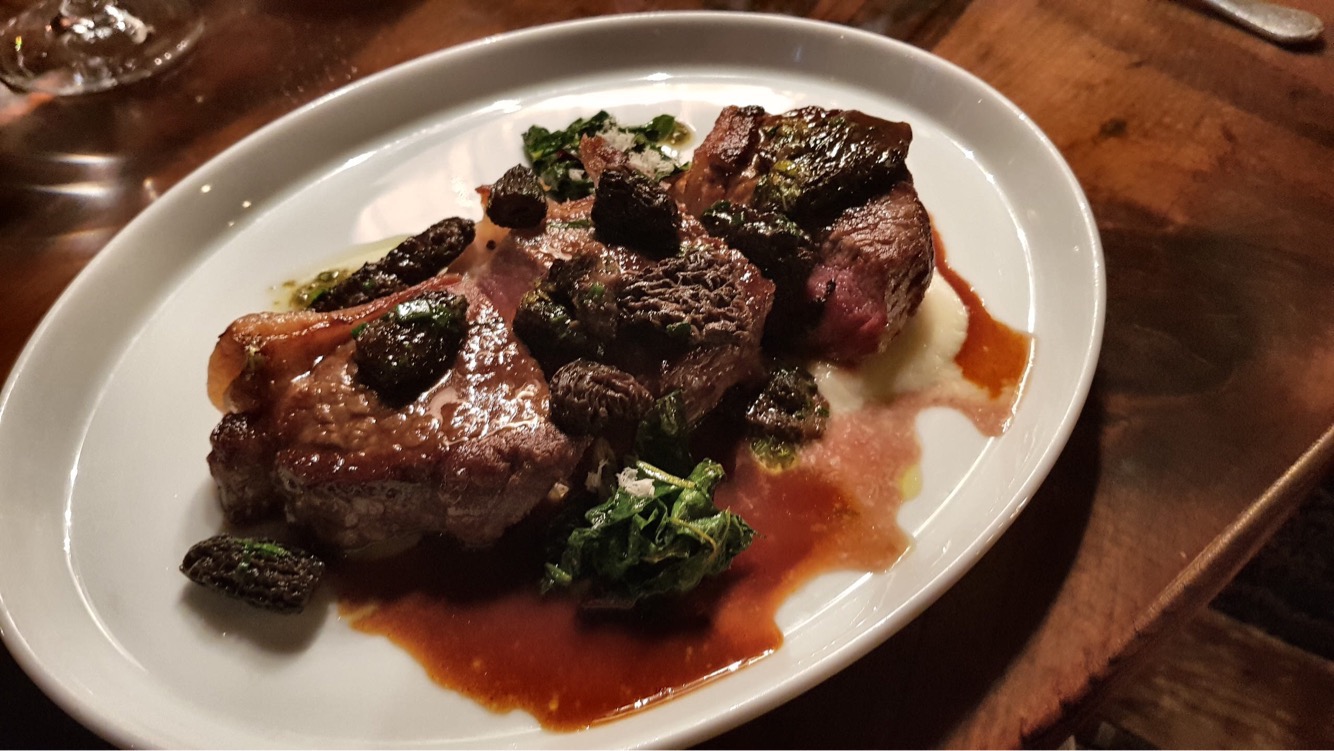 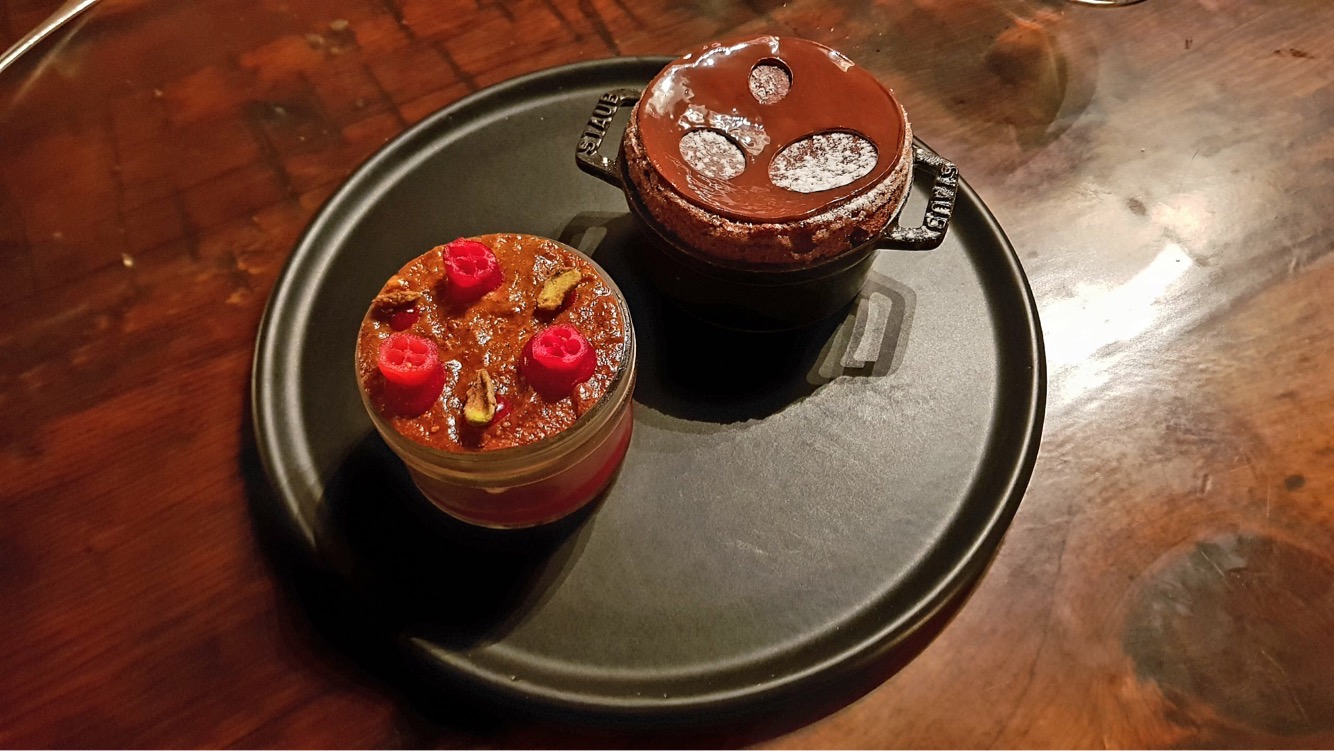 The Lowdown: Hotel restaurants were long seen as the last resort, when you couldn’t be bothered to search a city for a decent dinner. However, the thing Québec City really excels at is hotel dining, and no where is this statement more true than at Panache housed within Auberge Saint-Antoine. The hotel offers a window to Old Québec, and hundreds of artifacts from both the French and English regimes were discovered during an extensive archaeological dig on the property.

Eat and Drink: The menu here is all about one thing: farm to fork. The restaurant carefully source produce from local suppliers, banging out the freshest seafood dishes, and succulent beefy wonders. Anywhere that serves warmed crusty bread, and home made salted butter gets our vote. The chocolate and raspberry soufflé served with homemade pistachio ice cream is enough to have you organising another dinner reservation. It’s that good. 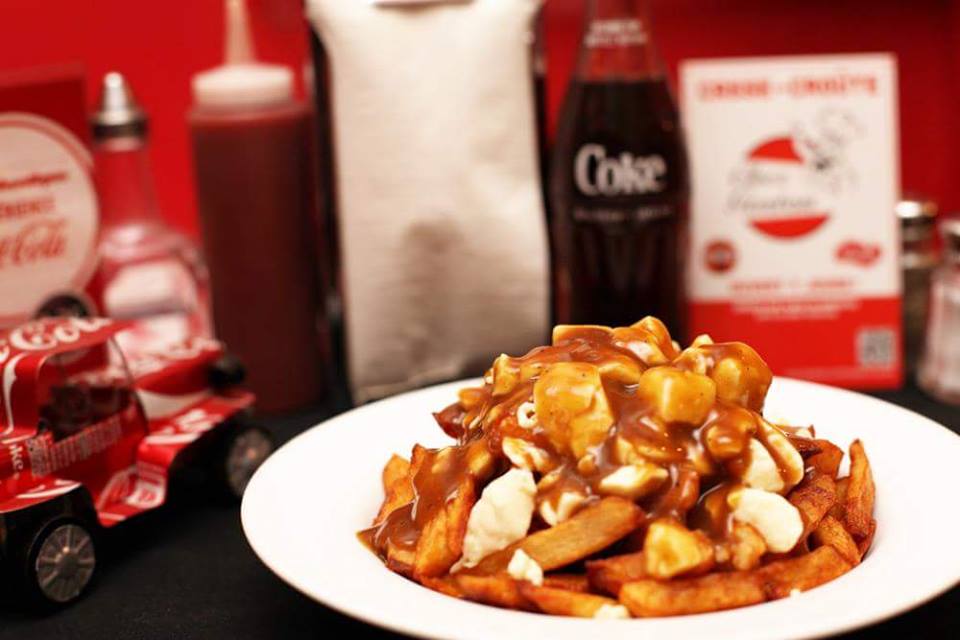 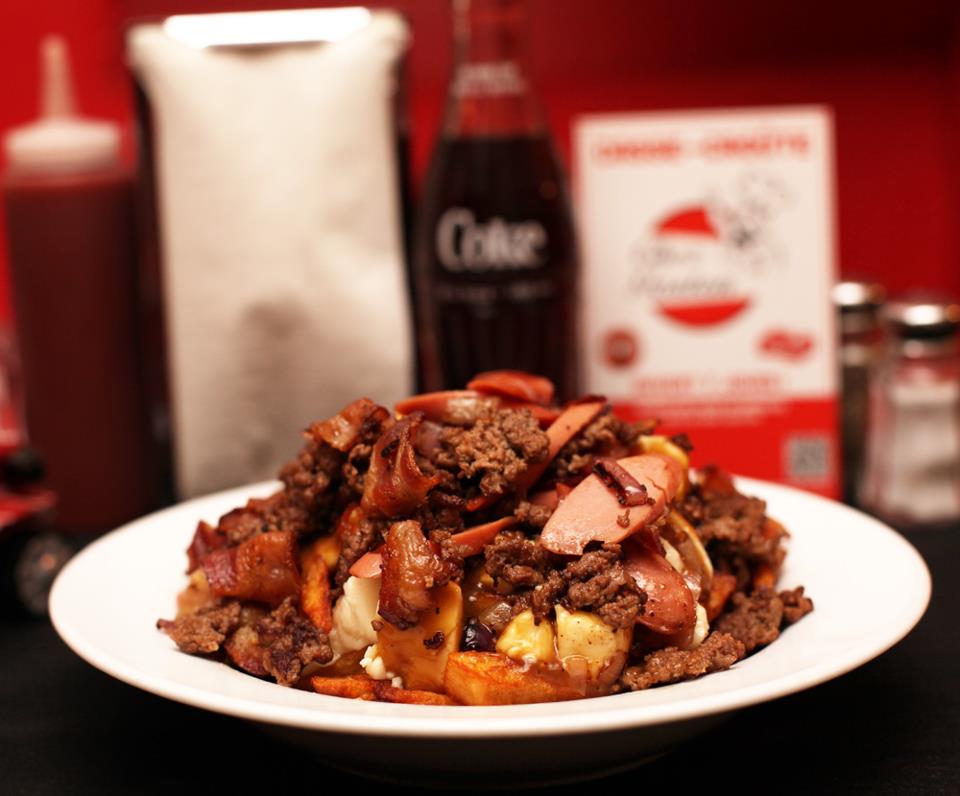 The Lowdown: Chips covered in a mountain of gravy and nubs of cheese curds is enough to send our sensitive British stomachs in a spin. Don’t knock it until you’ve tried Canada’s famed dish, poutine. There’s plenty of places dishing up this well-loved Québécois meal, but Chez Gaston is up there with the best. This tiny eatery has all the elements of a traditional British cafe, but instead of serving up overly greasy fry ups, poutine is on the menu.

Eat and Drink: If you’ve never try poutine before – stick to the classic three ingredients. The beauty of Chez Gaston is that you can pimp up your poutine with a variety of meat, veggies and copious amounts of extra gravy. The toppings are plentiful, and there’s no scraping on cheese curds. Grab a seat by the bar to watch the poutine masters in action.

Québec City: Where to Drink 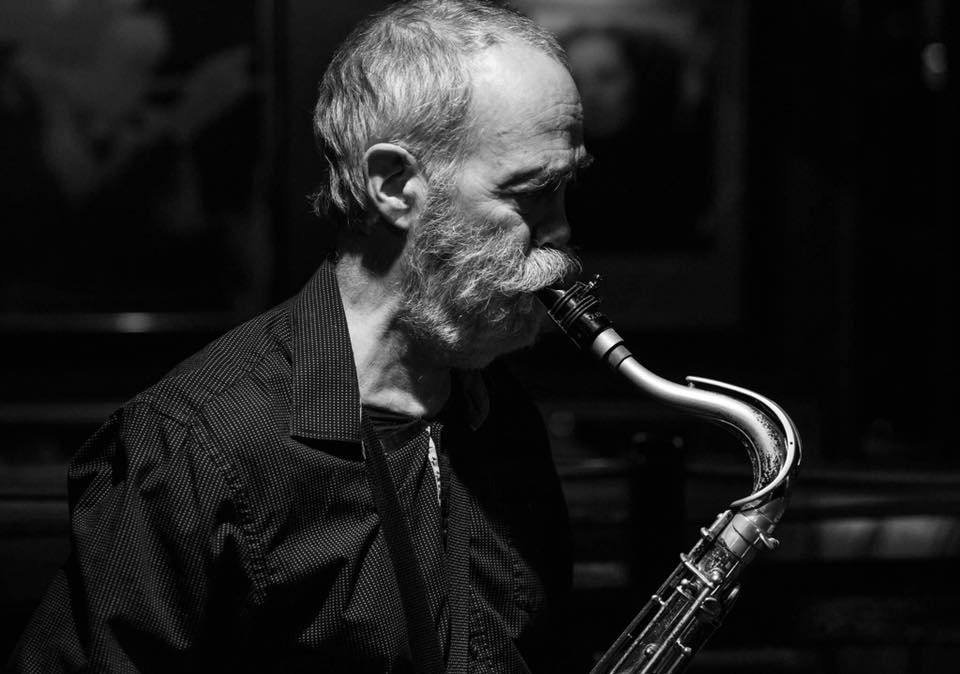 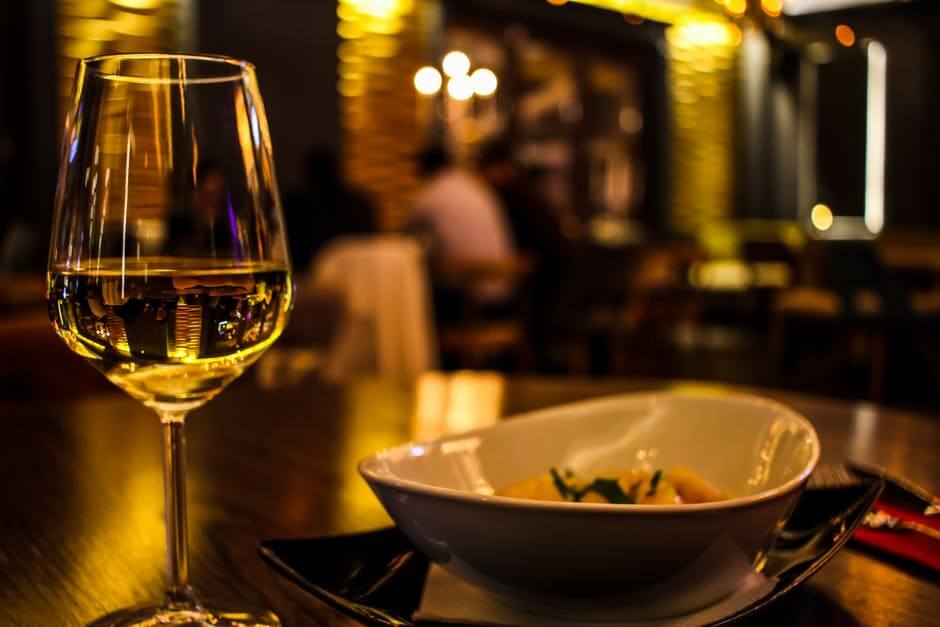 The Lowdown: This hidden bar located down an unassuming back street is a drinkers paradise with craft beers, any cocktail your heart desires and enough spirits to fuel the whole of Québec City twice over – Bar Ste-Angèle is a must visit. When the sun goes down, the live music comes up. And this cozy joint soon fills with locals ready to toe tap and be lured by the sweet beats and silky rhythms. The friendly staff and cheap drink prices pull people back time and time again.

For Beer and Bites: La Barberie 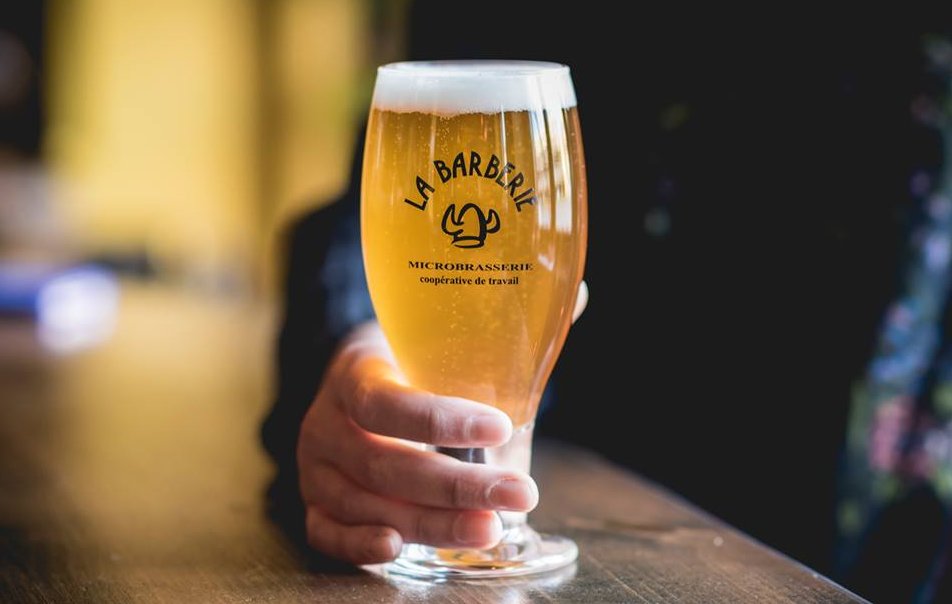 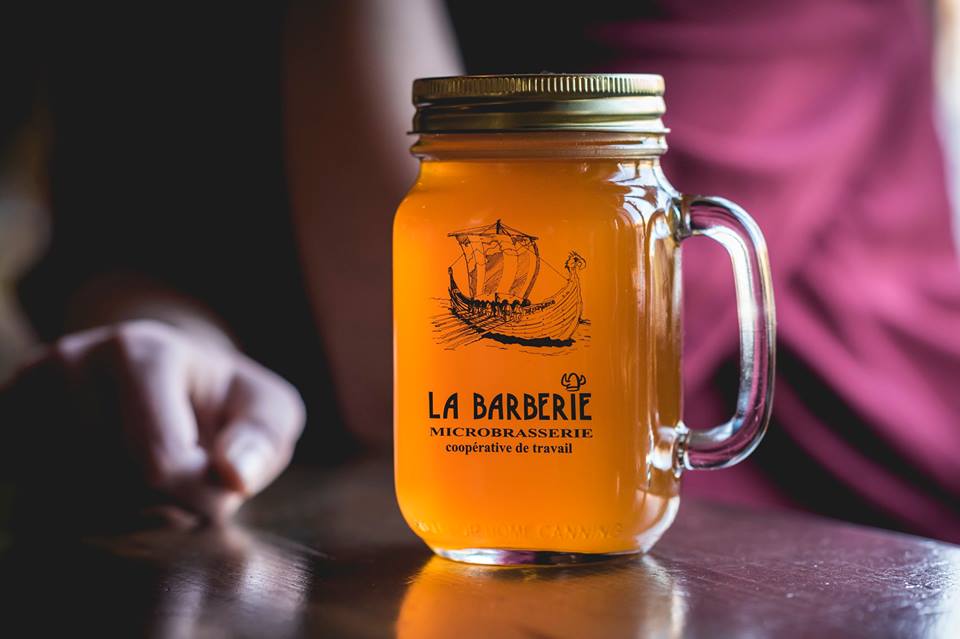 The Lowdown: Craft beer’s popularity has soared in Québec City in recent times. And with this new found love of hops, microbreweries have been spawning like rabbits. La Barberie is one of the city’s best beer spots, and the staff know their stuff when it comes this boozy tipple. The spinning 8 beer carousel will have you stumbling and reaching for the snack menu, or not moving from their outdoor patio area.

Québec City: What to Do 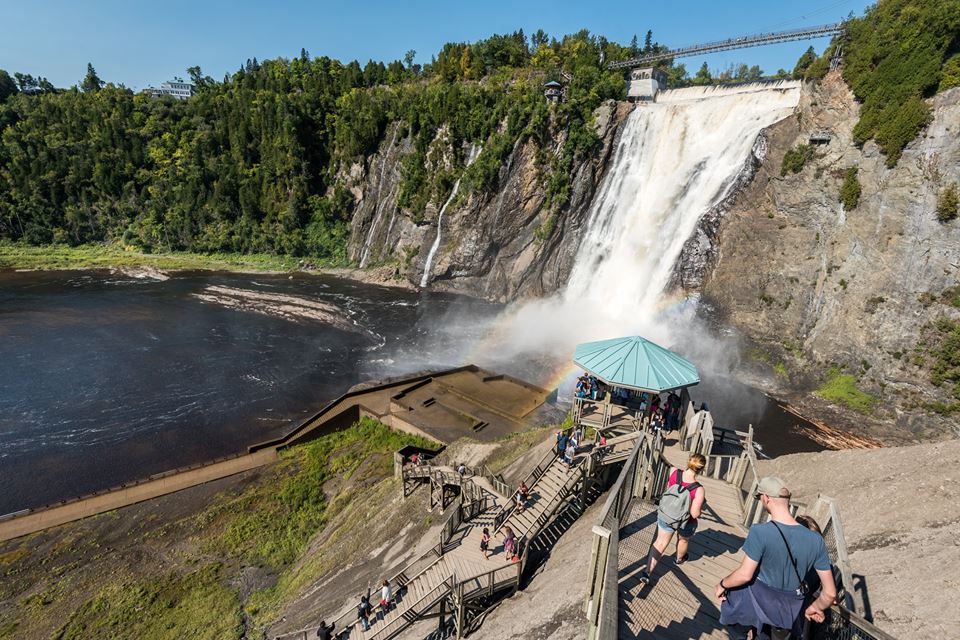 The Lowdown: Situated a short drive outside of Québec city lies Montmorency Falls. Surrounded by the Montmorency Falls Park, the falls, at 84 metres (276 ft) high and 46 metres (151 ft) wide, are the highest in the province of Québec. And are a full 30m higher than Niagara Falls. Take the cable car to the top, or if you’re feeling energetic, climb the 487-step staircase. Reward yourself with a brunch of kings at the Manor – an abundance of seafood platters and early-morning classics can be enjoyed alfresco overlooking the waterfall. 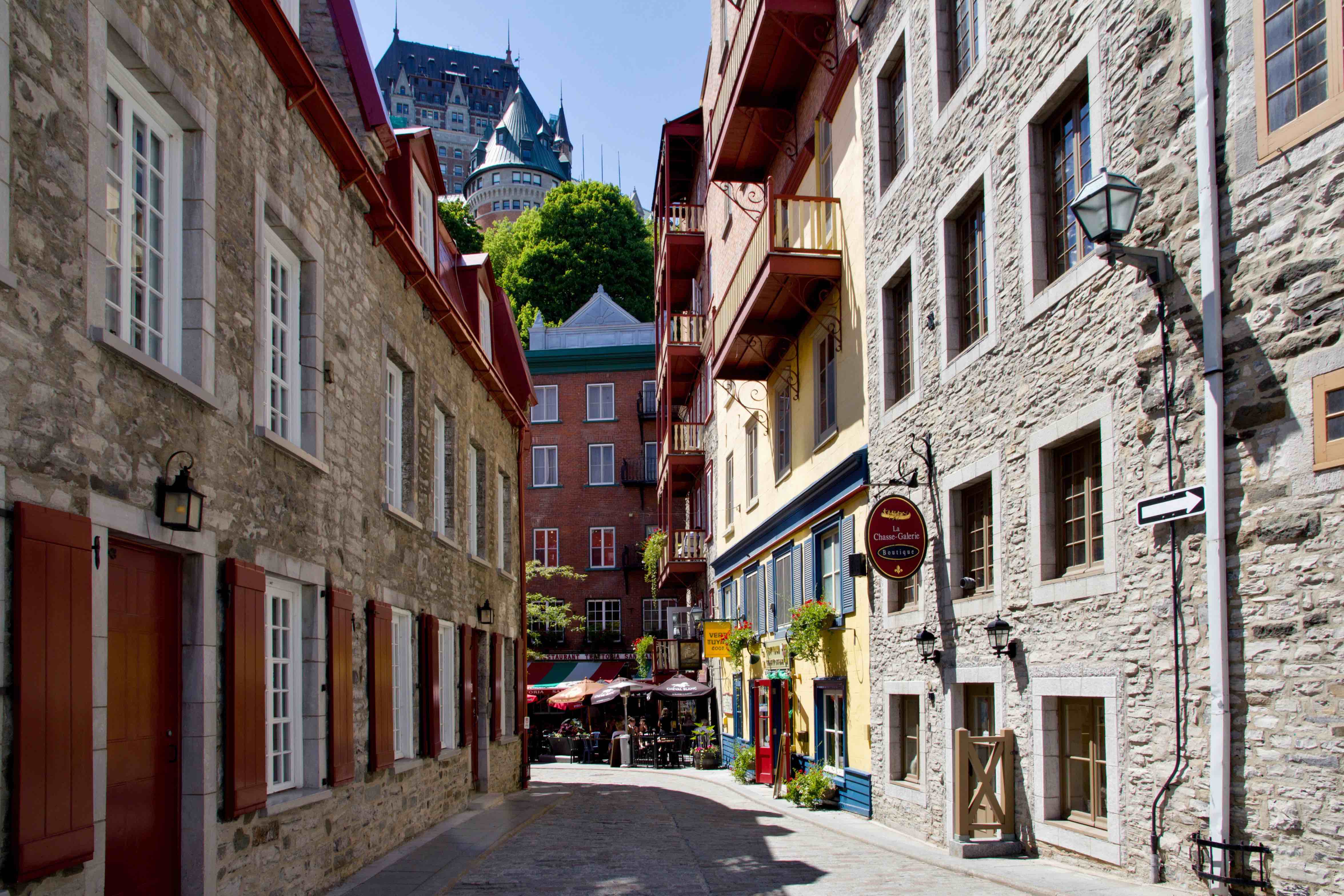 The Lowdown: Put aside an afternoon to amble down North America’s oldest streets. Strolling down the boutique-lined boulevards and wide-opened avenues of Old Québec feels like a living history lesson with an excitable mix of architecture, heritage, art, and culture. Designated a World Heritage treasure by UNESCO, Old Québec is the only walled city north of Mexico, and is home to prominent landmarks like the Notre-Dame de Québec Basilica-Cathedral, the Cathedral of the Holy Trinity, the Jesuits Chapel, and St. Andrew’s Presbyterian Church. You wouldn’t be wrong in thinking you’re walking around a tiny French village. Tres chic.

A double ensuite room at Le Monastère des Augustines in Quebec City starts from CAD$165 (approx. £96) per night (based on two sharing) including organic breakfast and entrance to the museum. For More information on Québec, visit the website here.