Spring is a time for new light, new life and new yoga. London has hundreds of studios across the city and this month, new openings and renovations mean there’s even more ways to nourish your body and mind this season. Time for a little bit of zen: 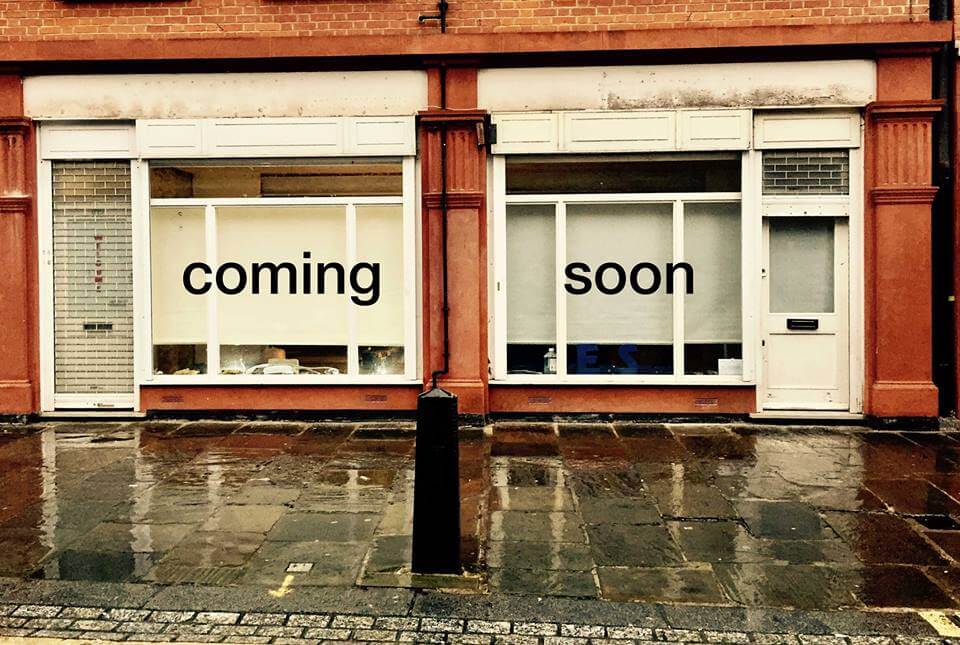 The Run-Down: A powerful new yoga duo are opening a studio in Kings Cross, offering something fresh in London’s burgeoning yoga community. One year ago Rebel Studio launched a Crowdfunder campaign to open their own boutique studio, and they made £10,540 of their original £7,000 target in three weeks. Founded by dancer Jacqui Hooper and osteopath Bertie Russell, their combined skills make for a unique, slow sequence practiced to music – think rocket yoga energy teamed with Tai-Chi control. The two teachers lead the classes at the same time, which means one teacher guides whilst the other scours the room with gentle hands-on adjustments if needed. Each student receives quality guidance and personal encouragement for each pose. The class also finishes with a neck massage for each student – what’s not to love? The levels range depending on the day and classes will always be kept to 22 maximum, so each student is guaranteed enough individual care and attention.

Price: Rebel Studio teach 1.5 hour sessions at 100-102 Cromer Street in Kings Cross on Monday, Wednesday and Sunday evenings with more to come as the build progresses. Drop-ins are currently £10 with package options available. Go see how their new studio is coming along (and the odd DIY selfie) on their Instagram. 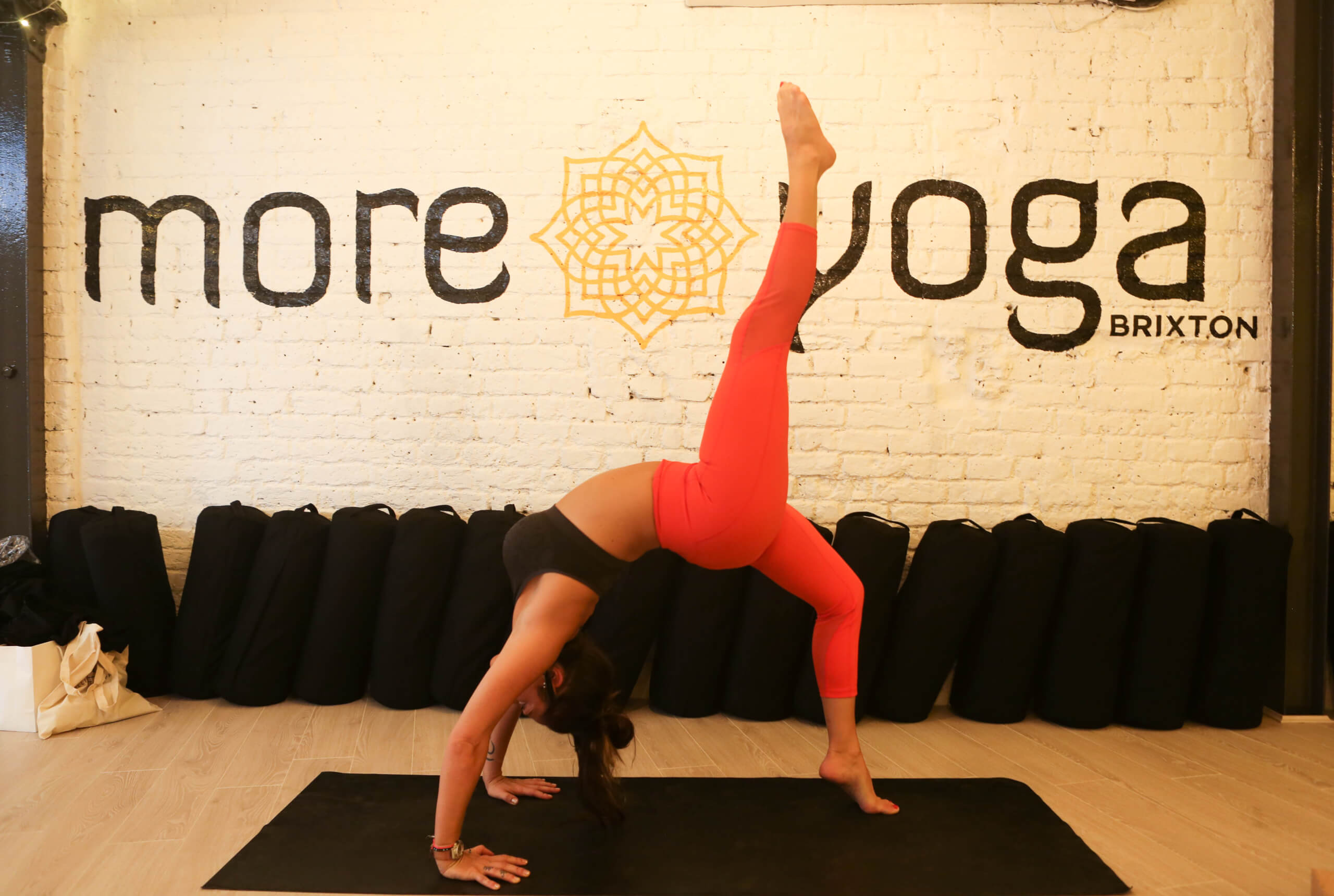 What: Adding new yoga studios to their strong fitness franchise.

The Run-Down: The established fitness company MoreFit is growing their four-studio business with new yoga studios across the city. MoreYoga already has popular studios based in Camden, Finsbury Park, Exmouth Market and Old Street and this spring they launched new studios in Brixton, Aldgate, Harringay and Clapham. This news means this hardcore fitness company, originally specialising in weight, kettlebell and conditioning classes, is giving yoga the recognition it deserves as a tough workout beyond the oms. The studios are small but compact, and the mats are of the highest quality (a small detail but important for you slippery yogis). Our favourite is a delicious yin class with Chloe Chourrout on sleepy Sunday evenings in Finsbury Park – we challenge you to find a more soothing voice. All this aside, MoreYoga win for the best yoga teacher names in London: Elena Bliss is followed shortly by Peace Alima (we kid you not).

Price: MoreYoga prices are amazingly good value as their unlimited class pass is just £75 a month but drop-ins pay £22. 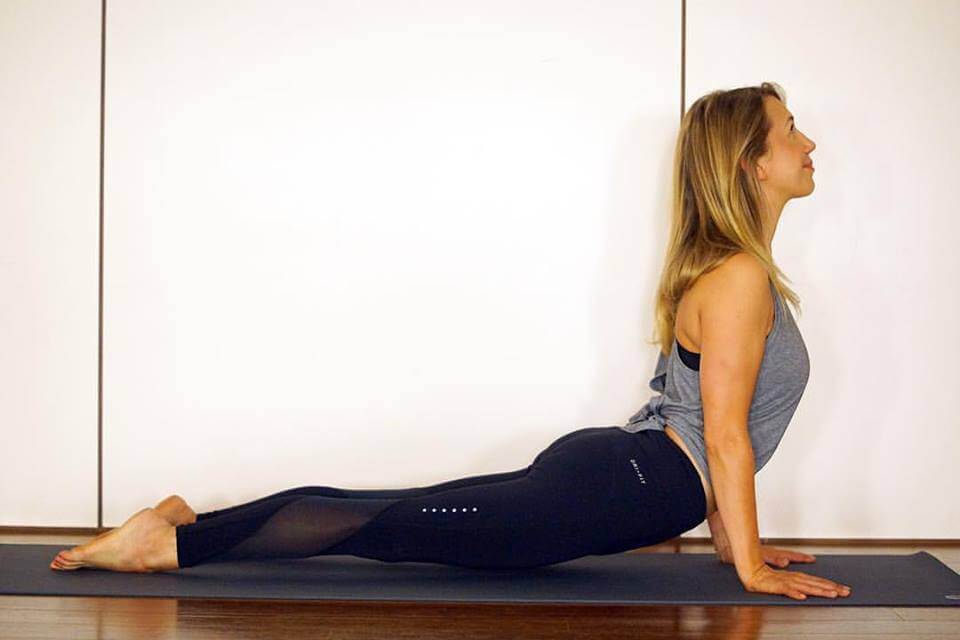 What: New classes and studio revamp to guarantee ‘glow’.

The Run-Down: Founded by Nahid de Belgeonne in 2006, Good Vibes has two central studios located in Covent Garden and Fitzrovia. Their concept is positivity and inclusion, offering a variety of their own version of fitness and yoga classes to give you a well-rounded workout; from spin classes to power plates and barre to HIIT.  If terms ‘Vinyasa,’ ‘Dharma,’ ‘Jivamukti’ and ‘Kundalini’ are sending your head in a spin, here they simply call it ‘Glow Yoga’ and they keep their promise – thanks to their infrared rooms you leave emulating energy. This month, they’ve completely renovated their studios and added a new mix of fitness classes to their schedule, including TRX suspension, kettlebells and boxing. The much-needed revamp of the basement studios means a bright new reception and shiny new changing rooms, so working out with Good Vibes feels like a treat, not a chore. Our favourite is Zofia Hennelly; with gazelle grace she leads a creative yoga sequence every Thursday morning so you leave for work bounding down the pavement.

Price: Memberships cost £135 per month and drop-ins start from £18. 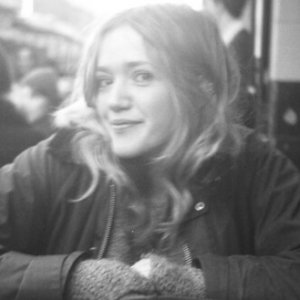 Annabel is a freelance journalist and travel PR who is forever trying to find the balance between office life and adventures on the road. She knows the London yoga scene inside out, and is never happier than when hiking a mountain or gawping at canvases in the Tate.