For many, a trip to the theatre is a transportative experience, escapist and entertaining, with a smattering of spectacle. For others, theatre is about observing gritty everyday minutiae with a tinge of “that’s funny cos you’re reflecting my life” thrown in for good measure. Touch is the later. Created by Vicky Jones of DryWrite (the production company behind the beyond awesome show-turned-TV series Fleabag), Touch is, well, it’s just so on the nose.

Female protagonist Dee, played by Mr Selfridge’s Amy Morgan, is 33, Welsh, and has recently moved to London for a temp job. She’s a modern woman, defined as a bit boozy (no judgment), sexually experimental and a bit of a slob (again, you do you Dee.) The one act show, set in Dee’s mouse- infested matchbox size flat, is an insight into the life of a 30-something woman who has crossed the bullshit threshold of “youthfulness.” 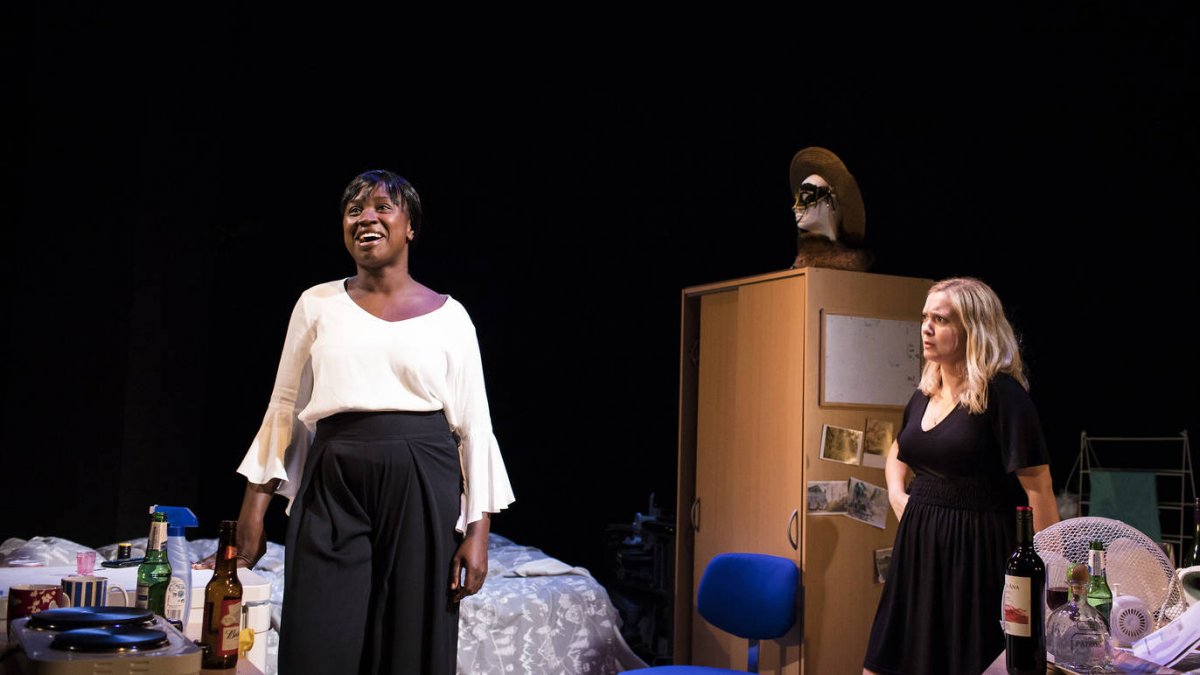 Her flat says a lot about her. There is a bottle of Febreeze, a microwave, a well-stuffed closet and instant coffee… all suggestive of a woman on the go who scrapes the barrel of domesticity. Beside her bed are Pringles, empty wrappers (chocolate and other), lube and a pile of books. From my seat the top book on the pile looks like it has a vagina on it’s cover… that or half a papaya, although Dee is not a woman who looks overly fussed about consuming her 5-a-day. That is until someone makes her feel a bit shit about her body and then she’s quitting sugar with Paul and going to the gym (followed by post gym pints). Dee is a wonderfully sculpted character because she speaks her mind, is bloody funny and at times contradictory. 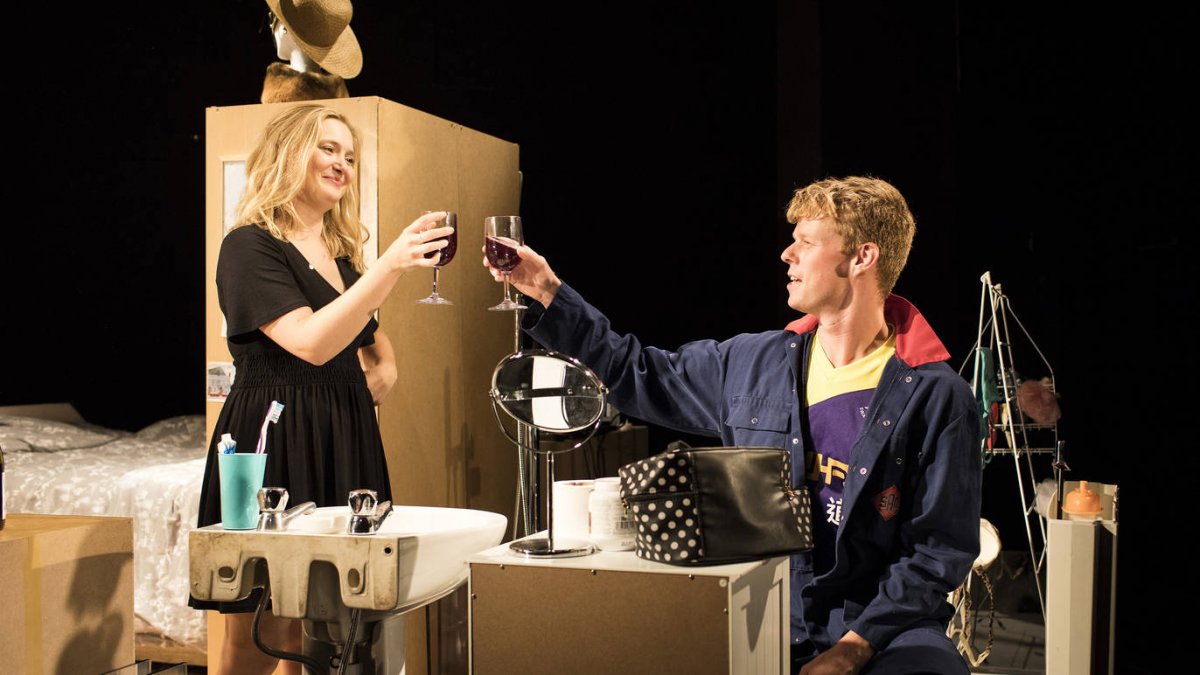 Touch disallows definition of what a woman should or shouldn’t be but is not void of judgement. When Dee pisses in the shower due to a broken loo, you are forgiven for judging her. When she washes her dishes in the shower she just pissed in… well… Like it’s protagonist, Touch is not precious about itself, it’s transparent.

At its core the play is about female relationships – whether that is in relation to ourselves, to friends, female perspectives on motherhood, sexual fantasies, tinder disasters, you name it. It is, therefore, no surprise the parallels between Bridget Jones and Phoebe Waller-Bridge have been drawn, or that Lena Dunham makes an onscreen cameo (kind-of). 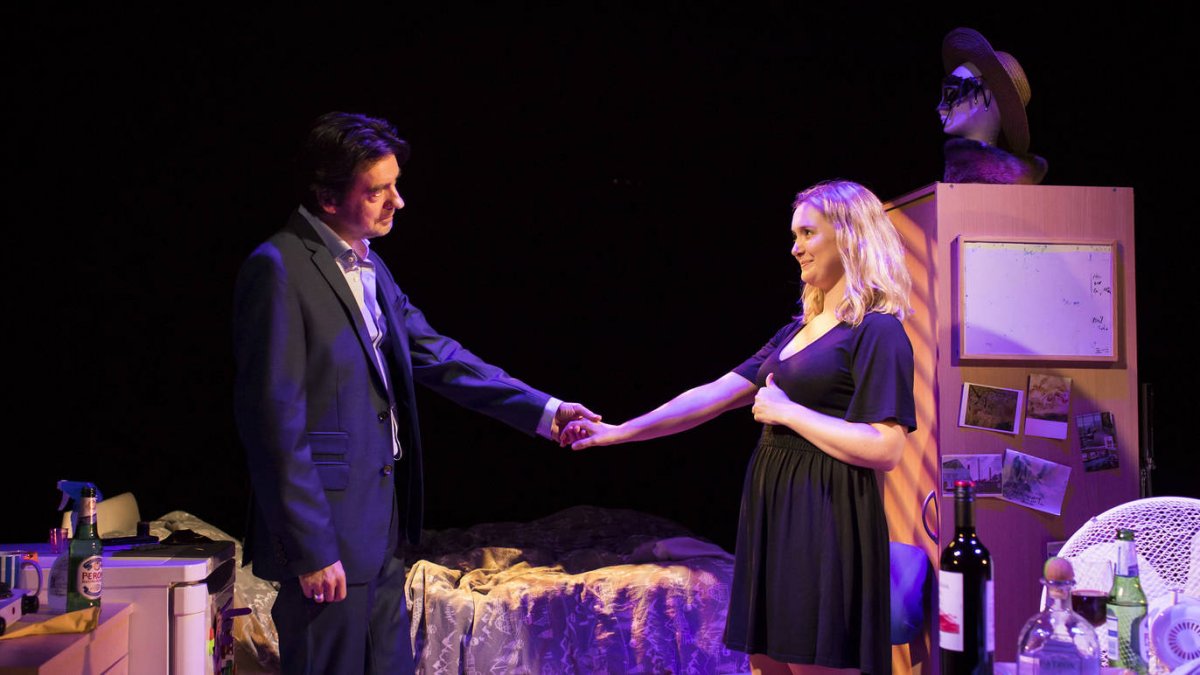 Touch is not a portrait of feminism – as Dee remarks “men are so obsessed with feminism.” It’s simply a story about a thirty-something woman in the big city figuring out who she is and what she wants. You could argue that you could just sit at home and watch a similar scenario roll out in front of you, and you know that’s your prerogative… but then you would be missing out on one of THE best shows of the summer.

Touch is at Soho Theatre until August 26th