Bitter. Sweet. Symphony at the Soho Theatre, Soho Downstairs, is a mishmash of musical talent (ranging from keyboard to karaoke), physical comedy and extremist performance. Enter the seated mosh pit – earphones are available at the bar – and be enticed by this hour-long presentation of hijinks and heartaches. 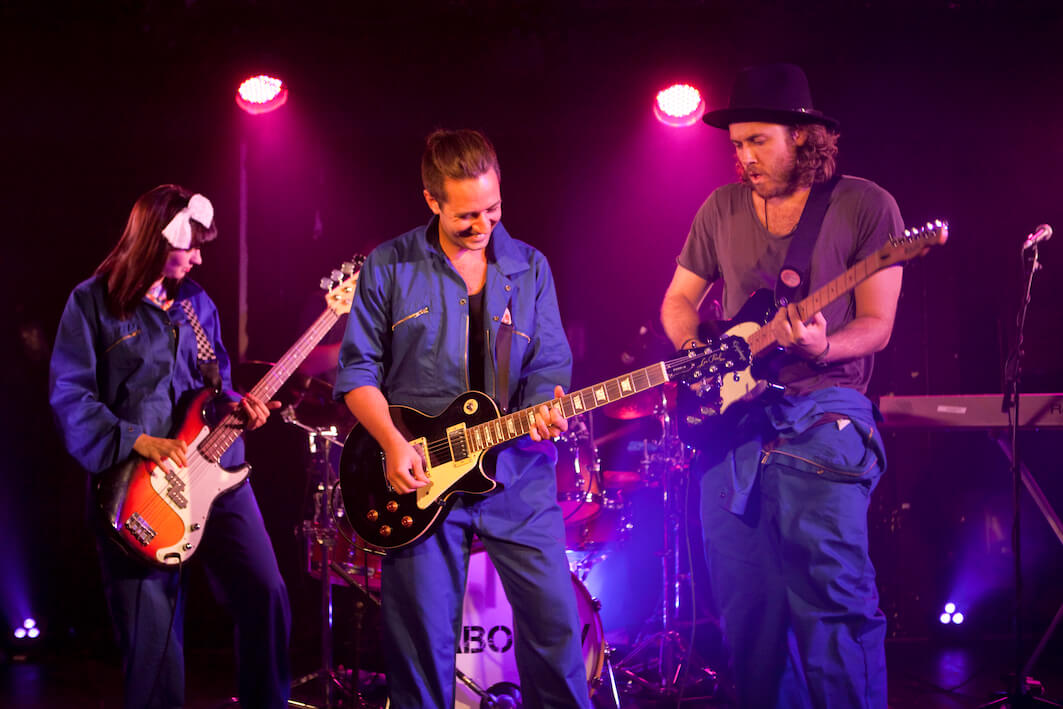 Symphony is a three-parter: three short stories by accomplished young writers Tom Wells, Ella Hickson and Nick Payne. The first, Jonesy, is written by Tom Wells (The Kitchen Sink, Bush Theatre), and deals with the challenging world of an asthmatic sports enthusiast. Hard times. In an eclectic sound world, A Love Song for the People of London, by Ella Hickson (Wendy and Peter Pan, RSC), the show’s second short, soliloquises the inner thoughts of London lovers. And finally, My Thoughts On Leaving You, by Nick Payne (Constellations, The Royal Court), is the perfect rebuttal to the shows premise of loved-up living. 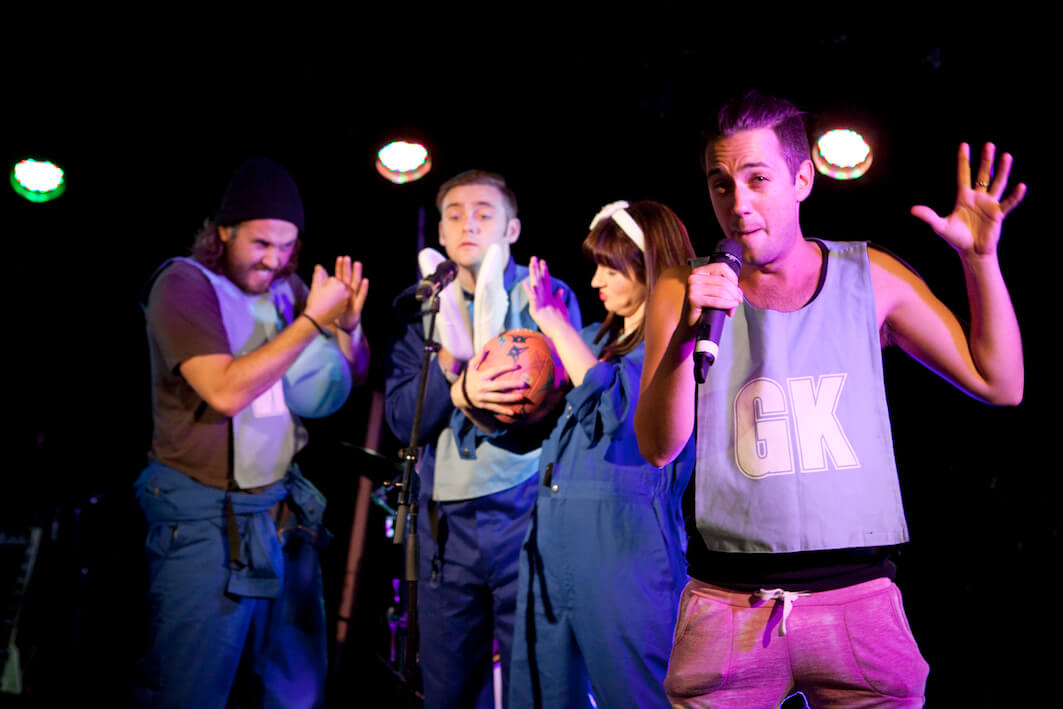 Presented by innovative new writing company, Nabokov, “a writer-led theatre that embraces all the innovation, complexity and diversity of the 21st century,” Symphony is testimony to the forward thinking, free-falling and gosh darn fun work that the collective fuel. Blending music, theatre and the occasional montage sequence, the team behind Nabokov are energised, committed and clownishly captivating. 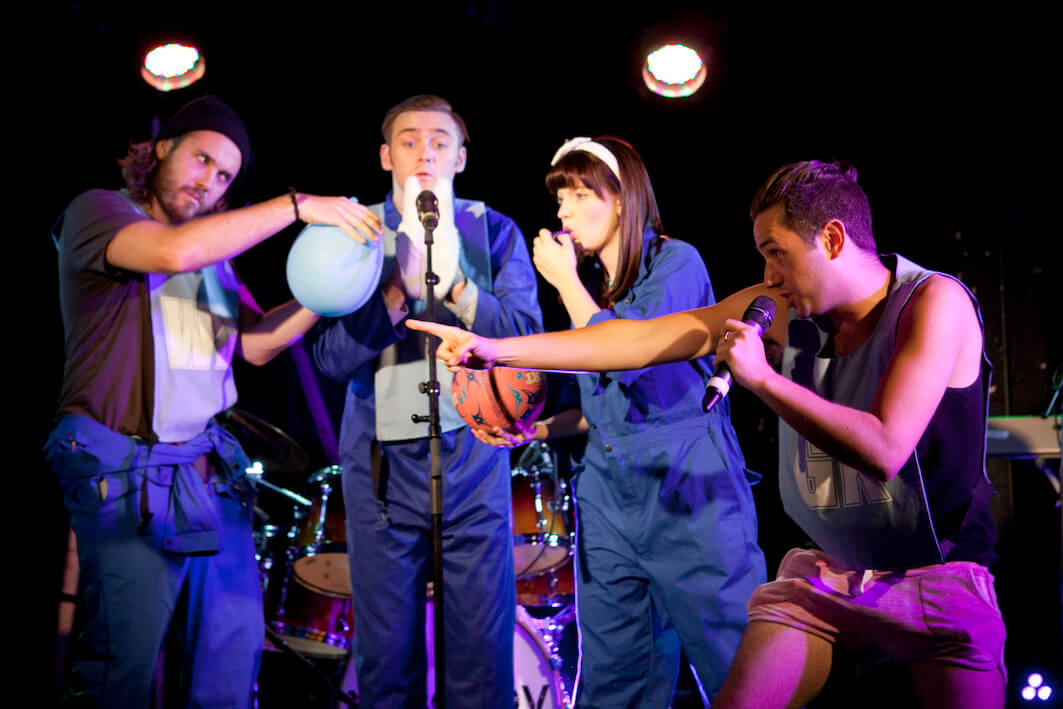 Bt while jest is the general order of the day, there is no denying the vocal dexterity of this quartet of actor-musicians – Jack Brown, Katie Salt, Iddon Jones, Liam Gerrard – who sing back up and accompany each other throughout the show. Part musical, part comedy sketch, part spoken word performance; expect a varied audience and novel evening of low-key theatre.