London / Culture / Film / About Time You Saw: The Flick

About Time You Saw: The FlickBy Gilly Hopper

American playwright, Annie Baker’s The Flick arrives at the National Theatre direct from New York, where it won the 2014 Pulitzer Prize for Drama.

Set in a run-down movie theatre in Worcester County Massachusetts, three underpaid employees, Avery, Steve and Rose, attend to one of the last 35-millimetre film projectors in the state. Playing out in the empty aisles, The Flick zooms in on the lives of these three ushers as they get to know each other between screenings. 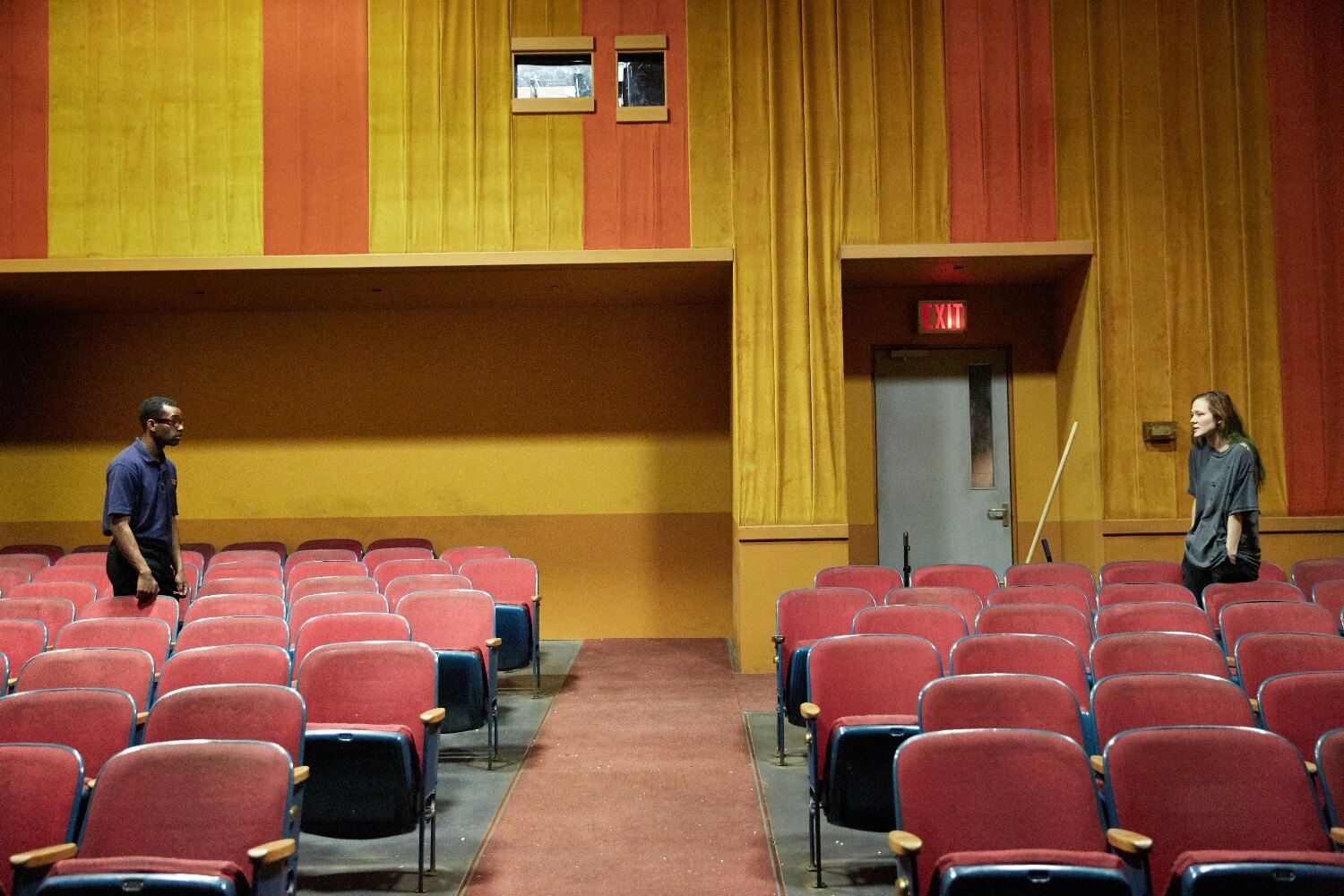 As the 5 minute call sounds we take our seats and find ourselves facing rows of empty seats. A clever mirroring device, the half empty auditorium (perhaps a prophecy of things to come, considering a substantial portion of audiences members fled the show at intermission), projects a series of humdrum and repetitive scenes. Running at 3 hours 15 minutes The Flick is a slow burn, monotonous and suggestive play. The mundane lives of Avery(Jaygann Ayeh), Steve (Matthew Maher) and Rose (Louisa Krause) are rendered on stage at a prescribed pace. Drip-fed information through insightful musings and moments of low-level drama a sense these characters take shape. Steve is 35 and living above his parents house, Rose is a self professed stereotype of what she is, and Avery is not yet fully formed. An opinionated millennial who opts out of Facebook, Avery has an encyclopeadic knowledge of film, a sensitive gag reflex and a contradicting personality. 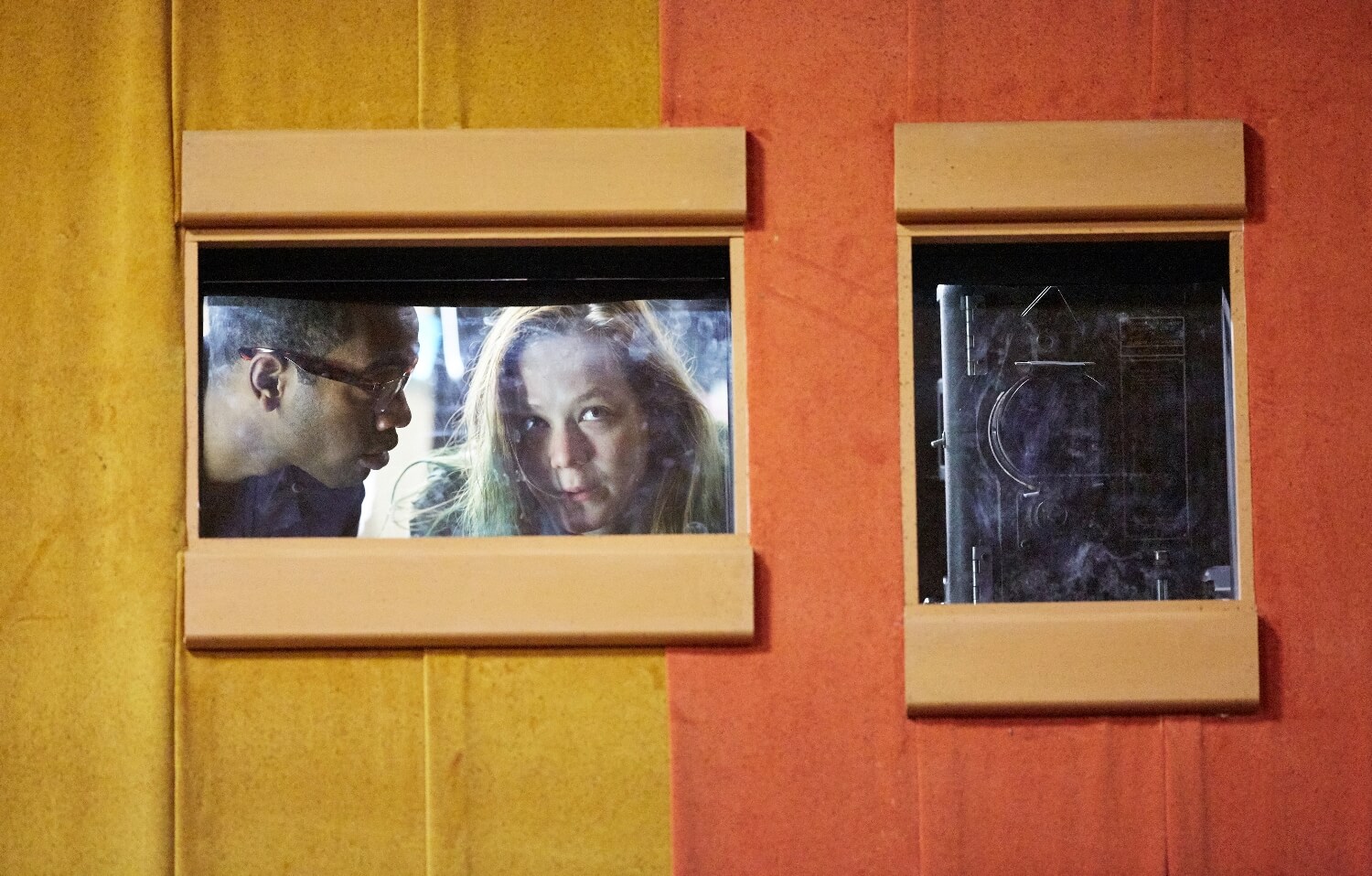 In it’s dealing with American life, The Flick addresses ideas of escapism through movies and so to, reflection through theatre.  Consider The Flick as the unedited version of lives lived. While Hollywood movies sore to their rapturous conclusion (as the orchestra swells in agreement), The Flick is resolutely more stable in its playout of the pedantic. With only a bump of a narrative arch, The Flick takes a cinematic approach to theatre, playing out the minutae of lives less interesting. Unabridged and unedited, The Flick, directed by Sam Gold, explores our contemporary expectations through a realistic lense. Restlessness amongst viewers is purposefully imposed. As an impatient millennial, Annie Barker’s drama forces you to focus, to wait and to watch. No fast-forward, only real-time viewing. 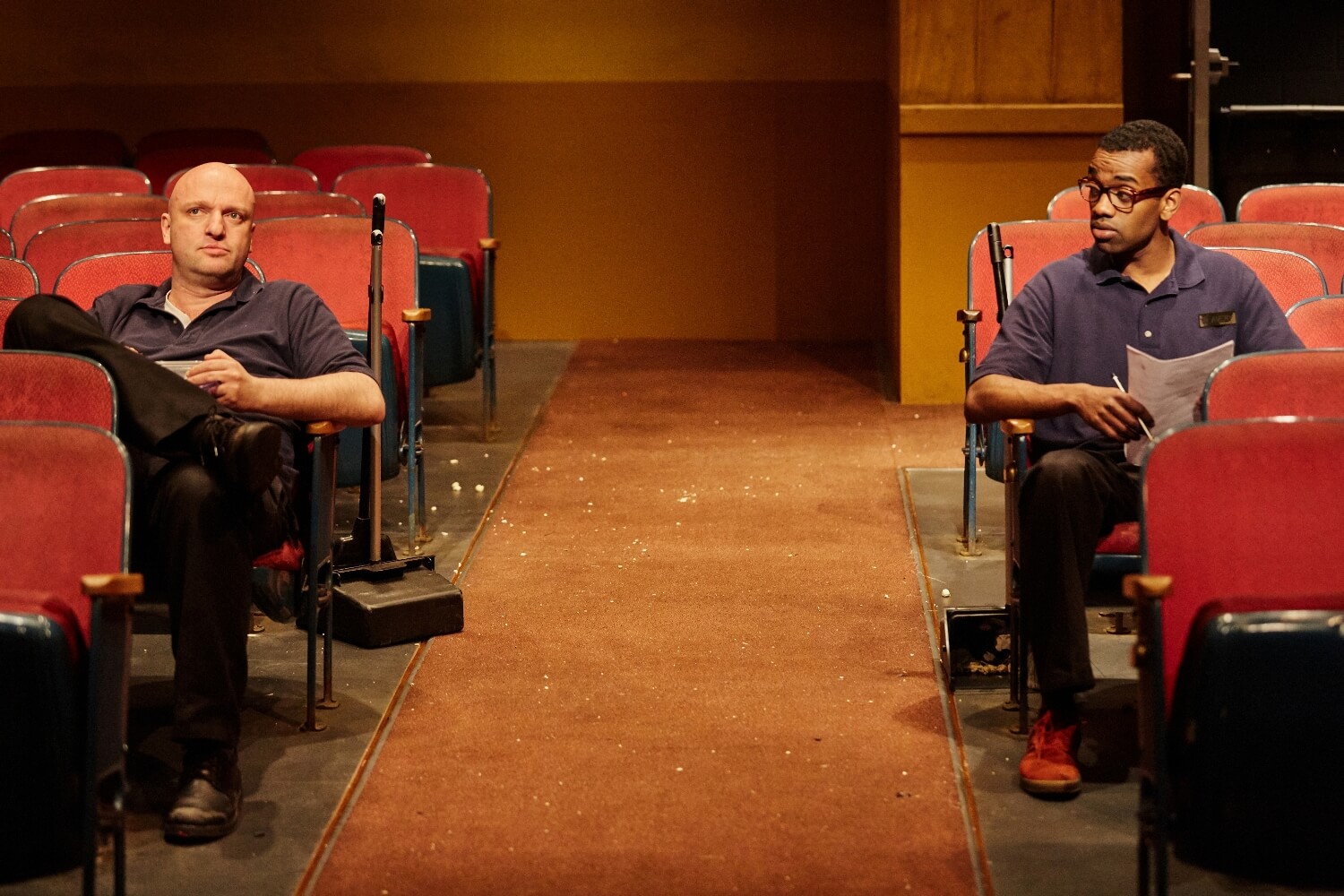