London / Culture / Music / About Time: You Heard the Best of Field Day

About Time: You Heard the Best of Field DayBy Gabriela Jones

About Time: You Heard the Best of Field Day. You may not have made it to Field Day this year, but the memory lives on. Booking the Pixies as a closing headliner was enough to lure us back after disappointing sound last year – who’da thunk it, back in 2007 when this little festival was conceived, that the Godfathers of Grunge would one day be setting foot in Victoria Park for their 7th festival. Bravo! 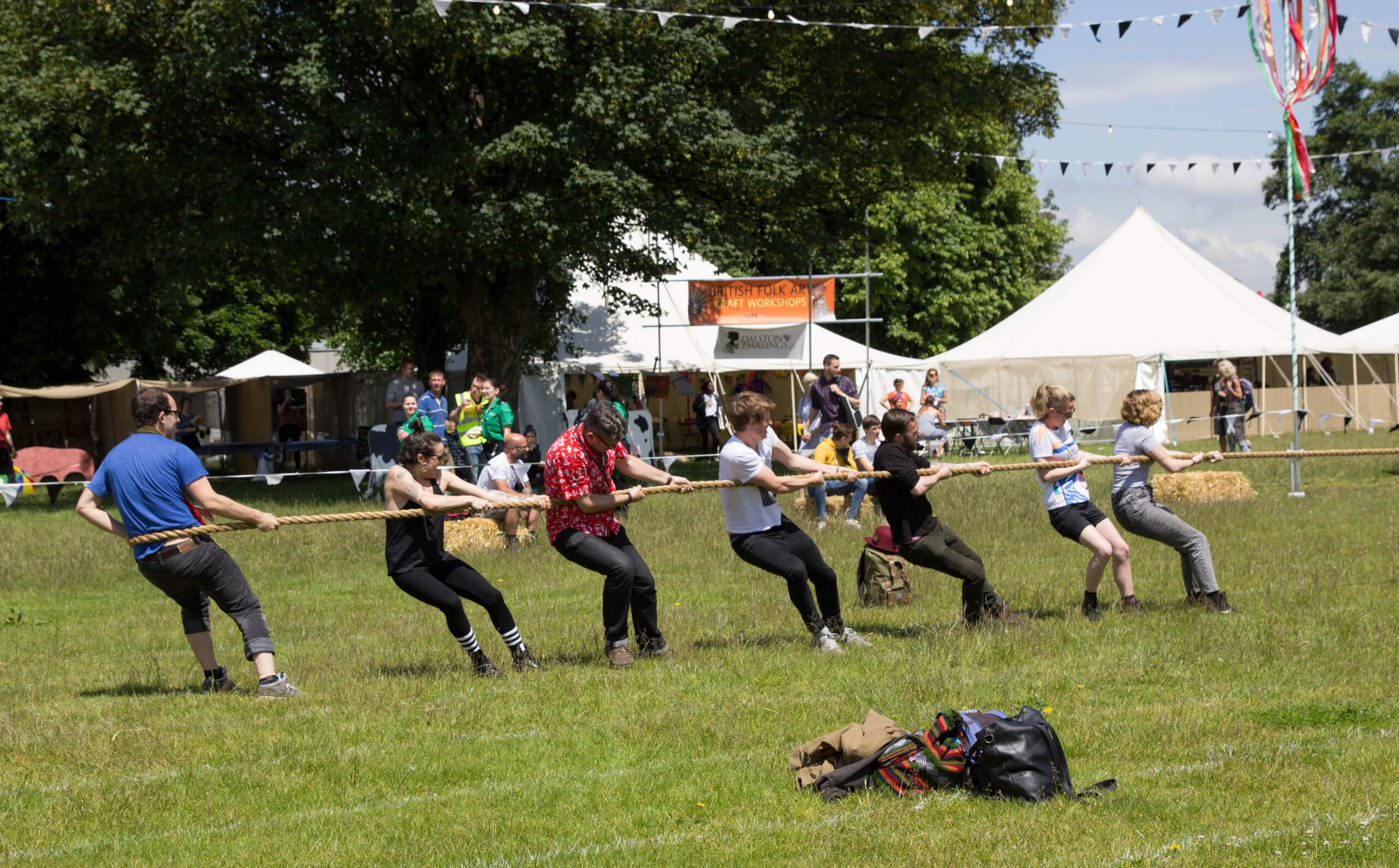 I have never known this many people wearing Unknown Pleasures t-shirts. I’m drowning in a sea of white-on-black radio waves. And I didn’t wear my wellies because I thought the rain was called off. My feet now grow soggy with the juice of Martin Hannett’s glorious loins. Just walking in is enough to get the good vibes started. The scent of food cooking, everyone looking all pretty in the sun and an intense tug-of-war in session. For those that couldn’t make it, here are my momentous musical highlights that should be looping on your Spotify all summer long: 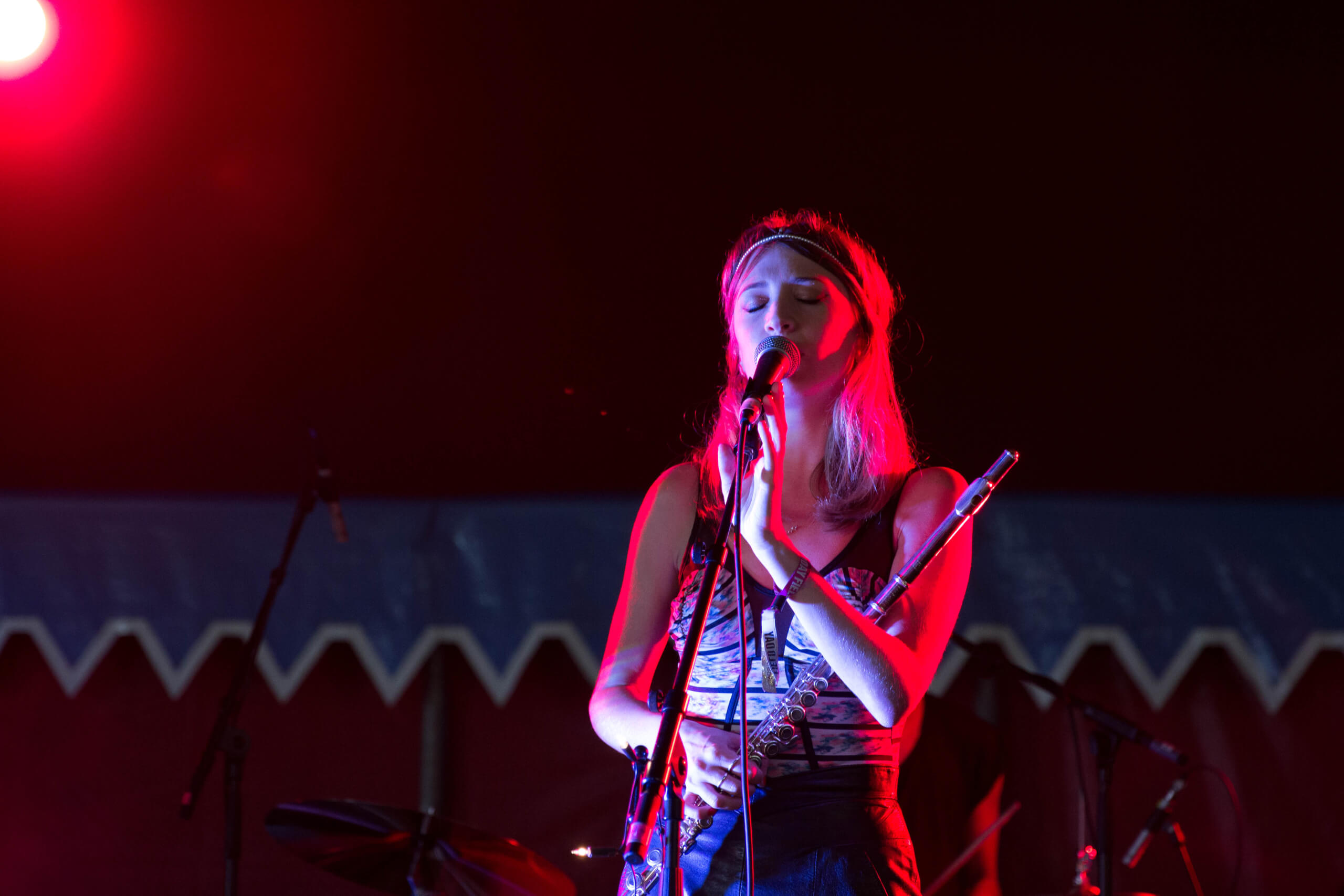 We grab a beer (props to Red Stripe for keeping us jolly all weekend) and head to the Shacklewell Arms stage for PAWWS. It’s still pre-lunch, so the crowd are a bit sedated and the performance a wee bit reserved, but Lucy Taylor’s vocals are unmistakably blinding regardless of the mood in the tent. 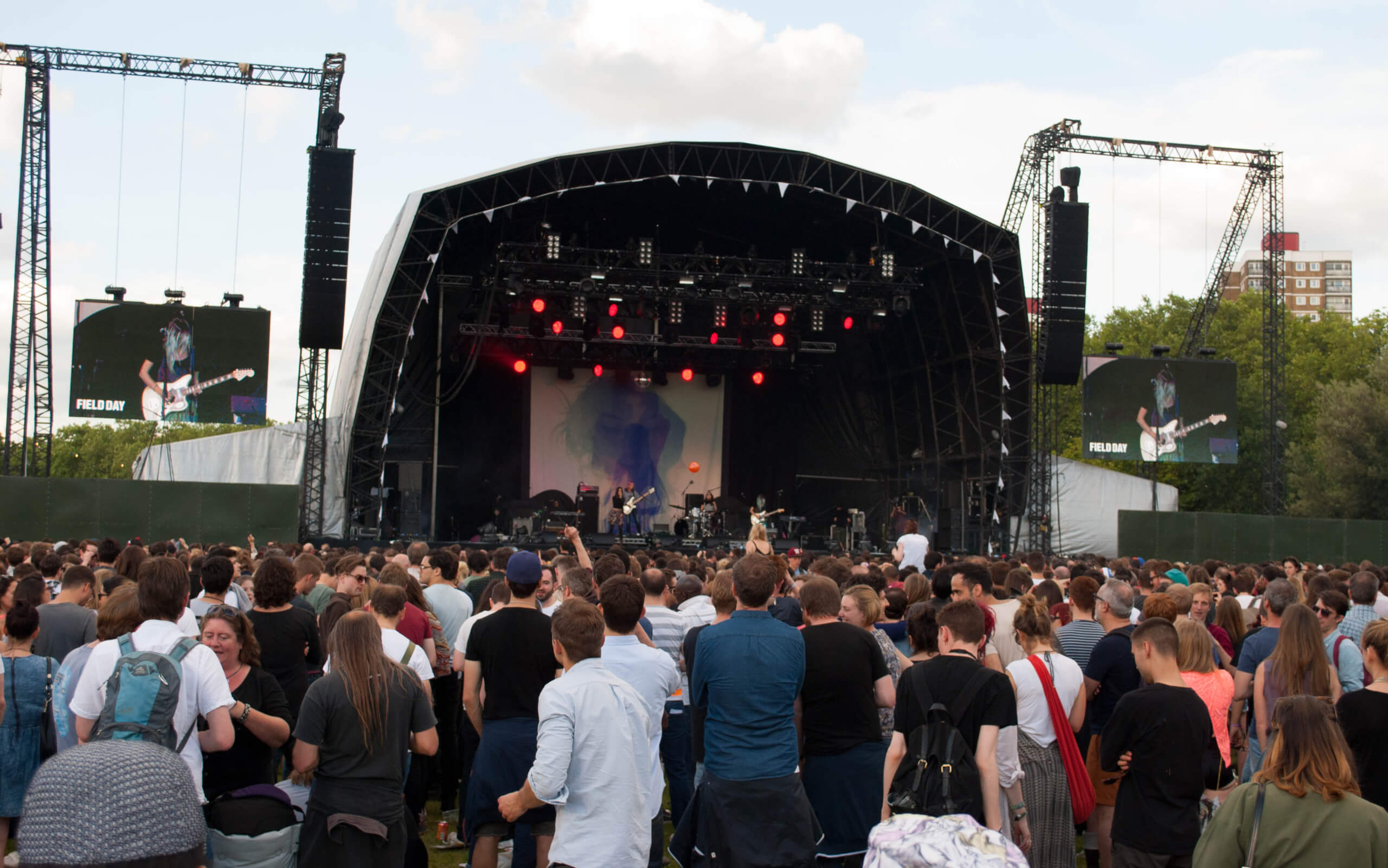 My friends all gush over the much-lauded Warpaint. They deserve it all. The crowd start to really pick up, and the sun is scorching, and the moment is great. BBC 6 Music have been chattering about these ladies non-stop, and it’s easy to see why. The chilled ambience lulls us into a false sense of security, and then WHAM – out comes the “Ashes to Ashes” cover! Allow me to weep with joy and also pain because it’s so hot right now!

Cut to Jon Hopkins, and the mood switches. Kaoss Pad reigns supreme. Any and all chilled out vibes are hereby abandoned for festival frenzy. Who cares if they released these same giant beach balls into the crowd last year, too? This time round it really is a sight to fucking behold. The front end of the crowd goes nuts, and that masterful ‘skateboarding odyssey in the desert’ video hits both big screens as “Open Eye Signal” kicks the shit out of everyone. YES, JON! YOU DO YOUR THING, JON! I LOVE YOU AND YOUR VIDEO, JON! There’s some oldies in camp chairs tapping their feet further back. If the music alone doesn’t do it for you, the visual spectacle will sure as shit finish you off. 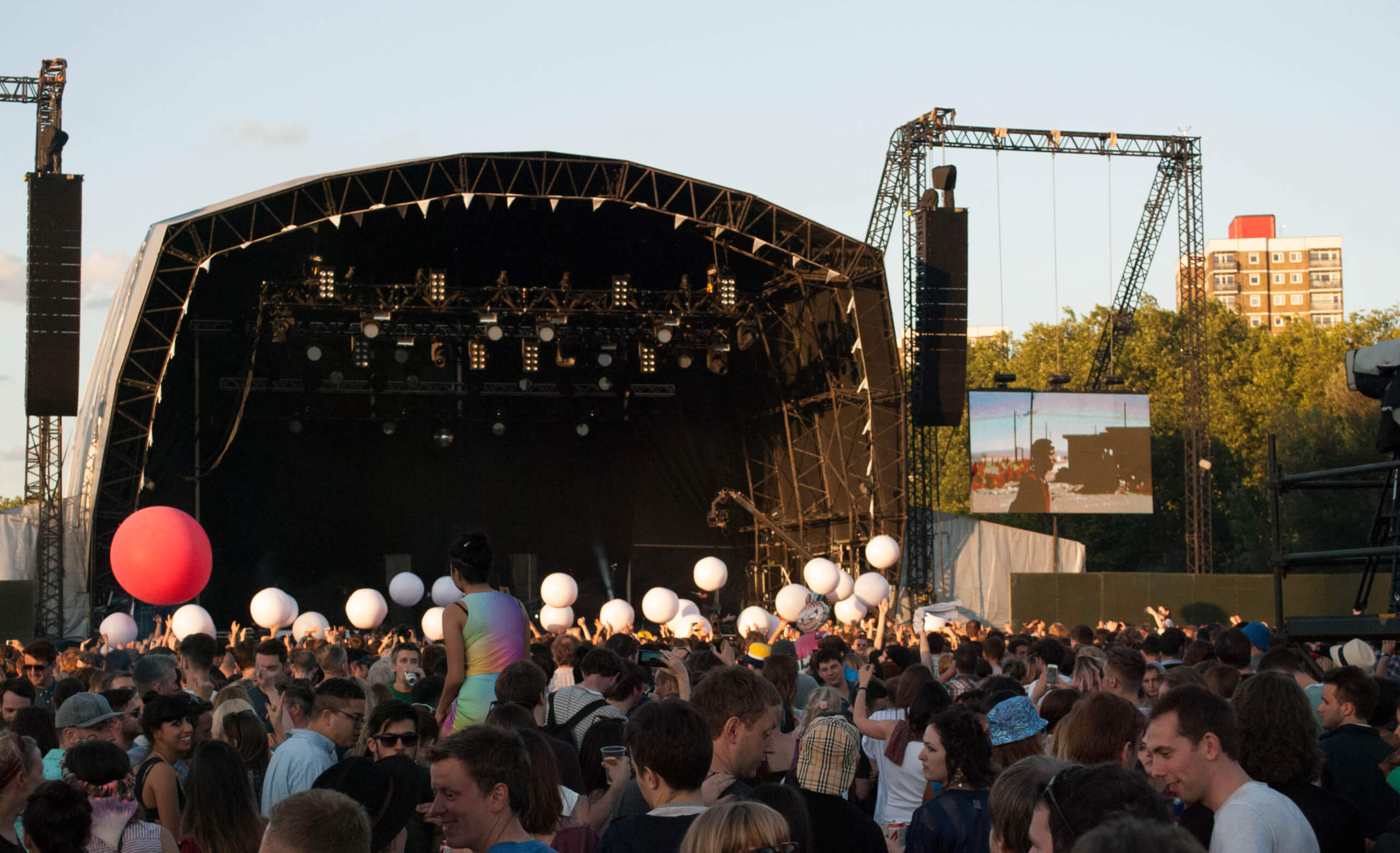 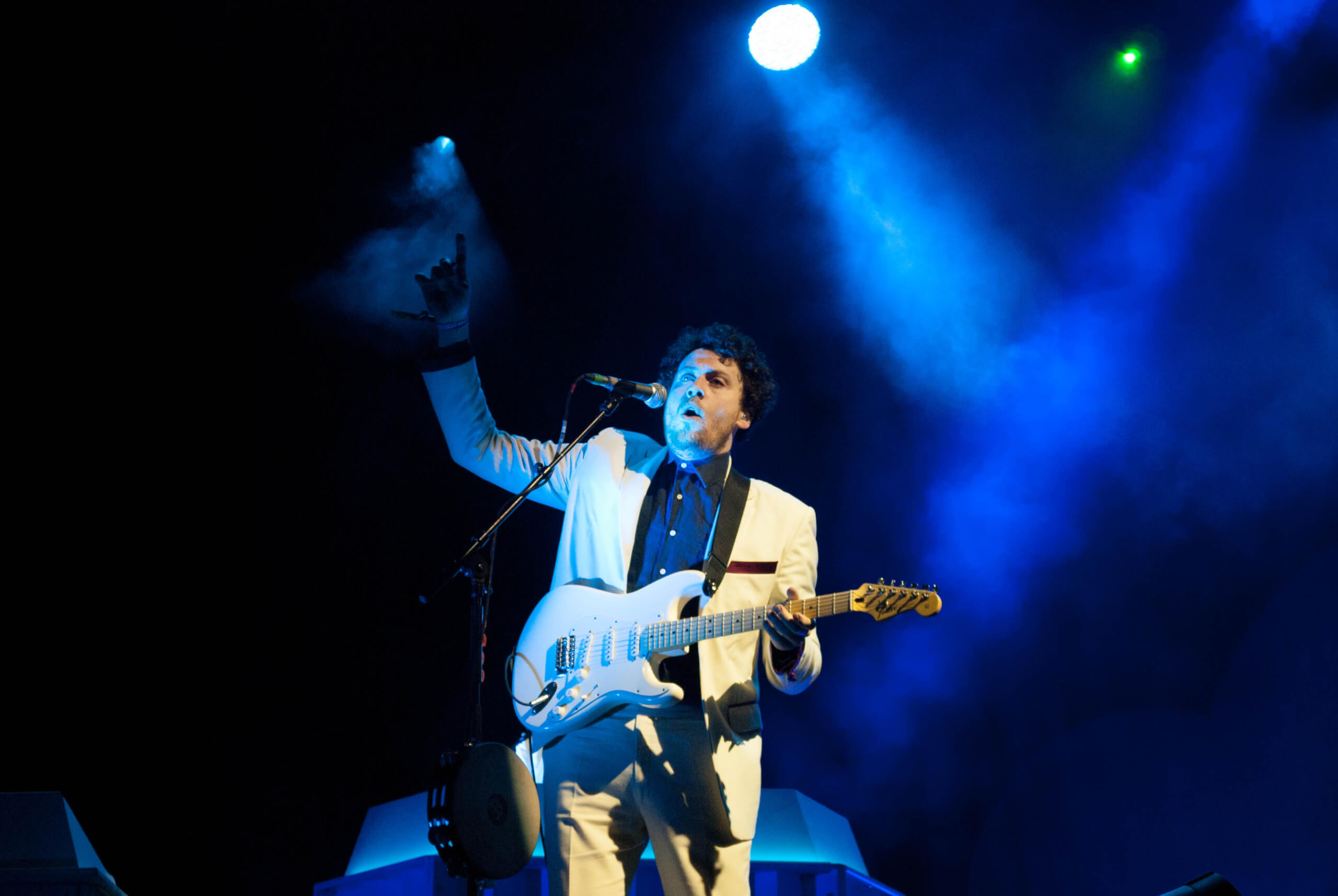 From strength to strength. Strength. To. Strength. I don’t know what to say about Metronomy. They’re just bloody lovely. Bassist Olugbenga Adelekan is just the biggest charmer in town tonight, and those white suits have never sparkled like this. “The five of us used to play football here,” Joseph Mount tells us – this is a big moment for them, and huge, sloppy grins stay plastered on each of those five faces throughout. Recent single “Resevoir” is the stand out tune for me, slowed down slightly and so catchy it’ll melt your face. Metronomy are far from flawless tonight – they never seem quite able to recreate the stonking “Everything Goes My Way” live – but they smash it regardless. They’re so happy to be here, and it’s radiating. Love Letters saw its fair share of social media stick upon release (“It’s just not English Riviera!” you cry), but it’s been the grower of the year so far, and three months later this adoring crowd, screaming along with every word, tells me it’s somehow already a classic. 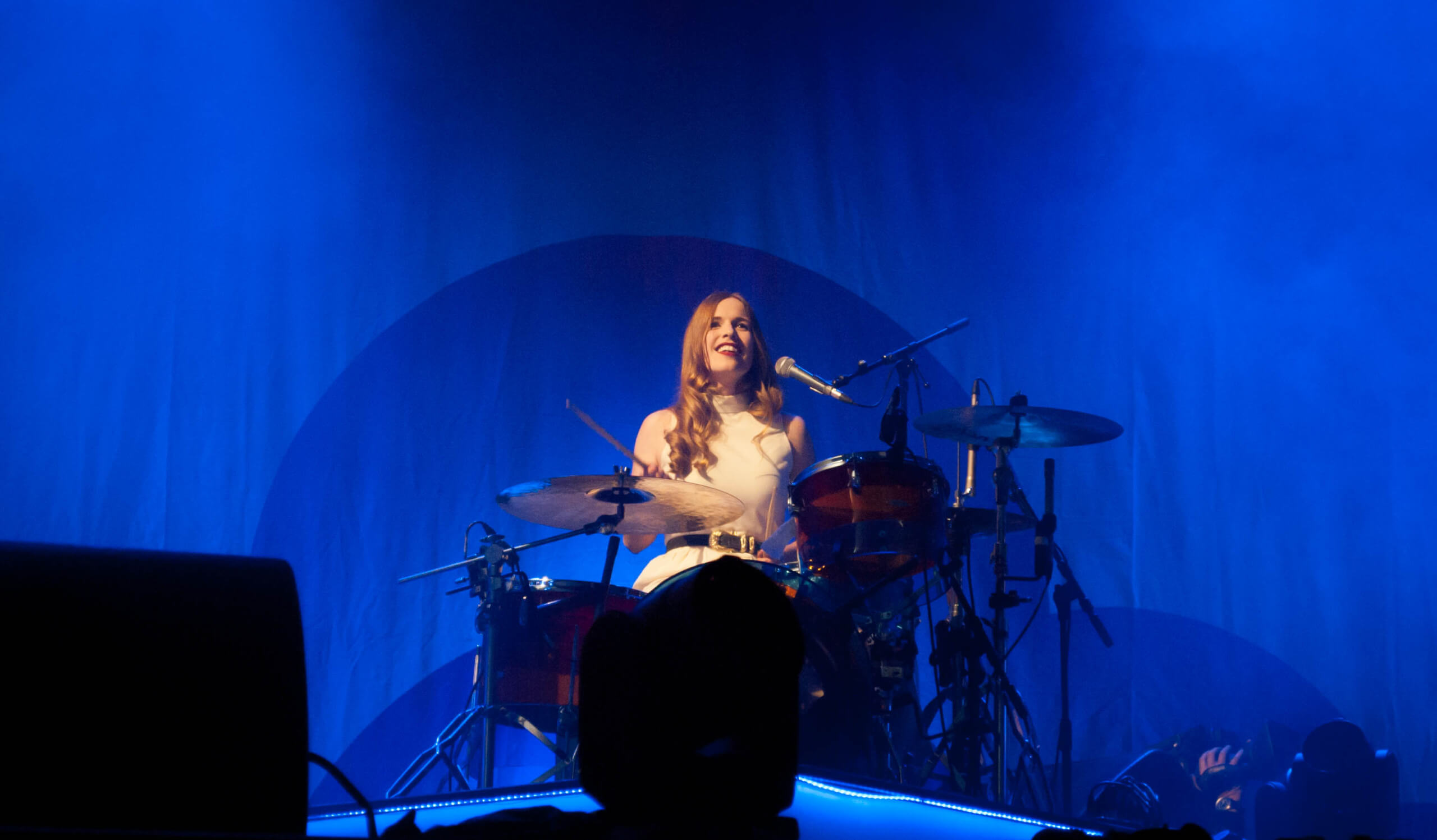 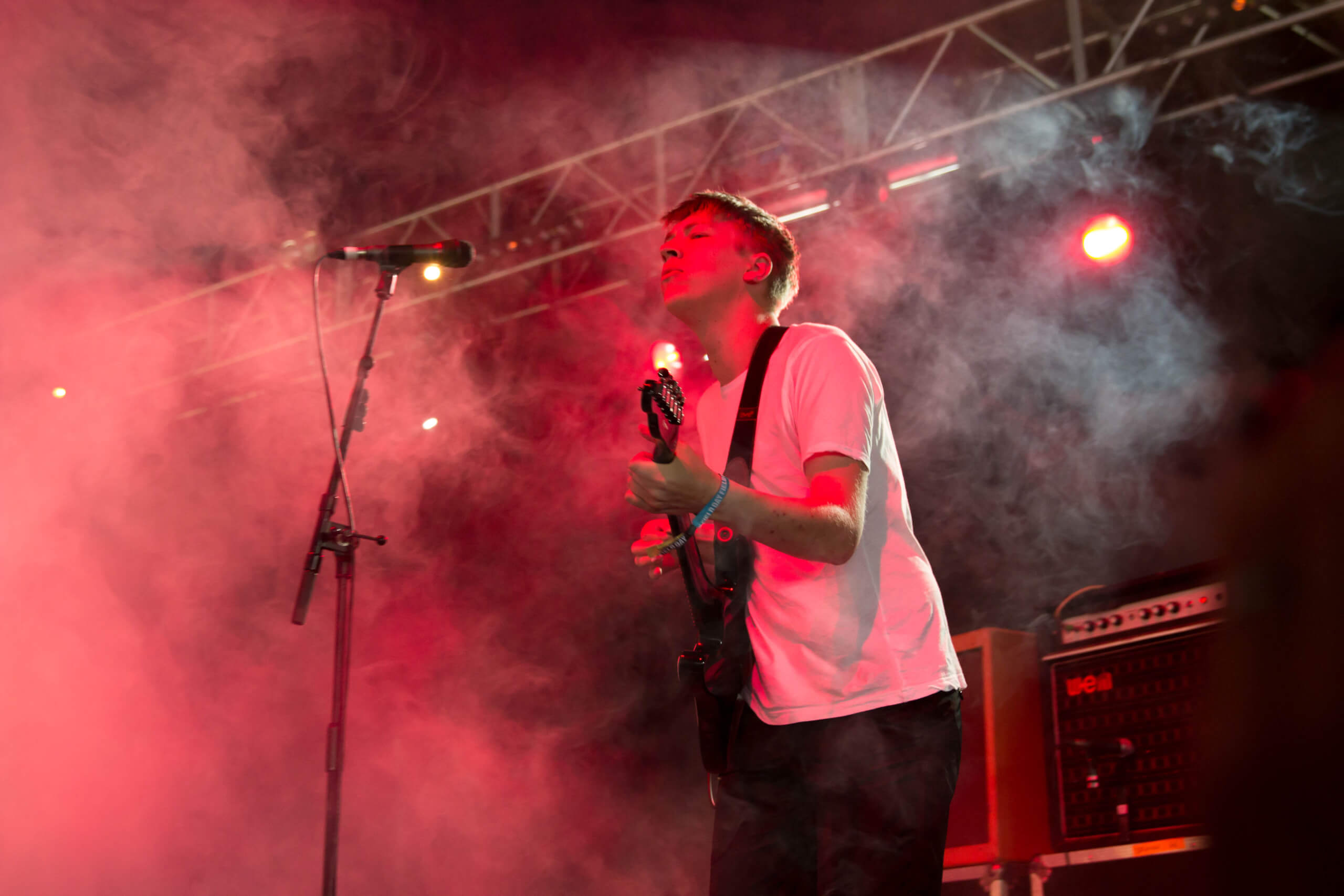 Sunday is Pixies day. All other band t-shirts have now been abandoned. You get the feeling that, to some, all else is filler at this point – but if today’s big boys are the godfathers of grunge, Drenge are the mutated, raging grandsons of its many incestuous unions. 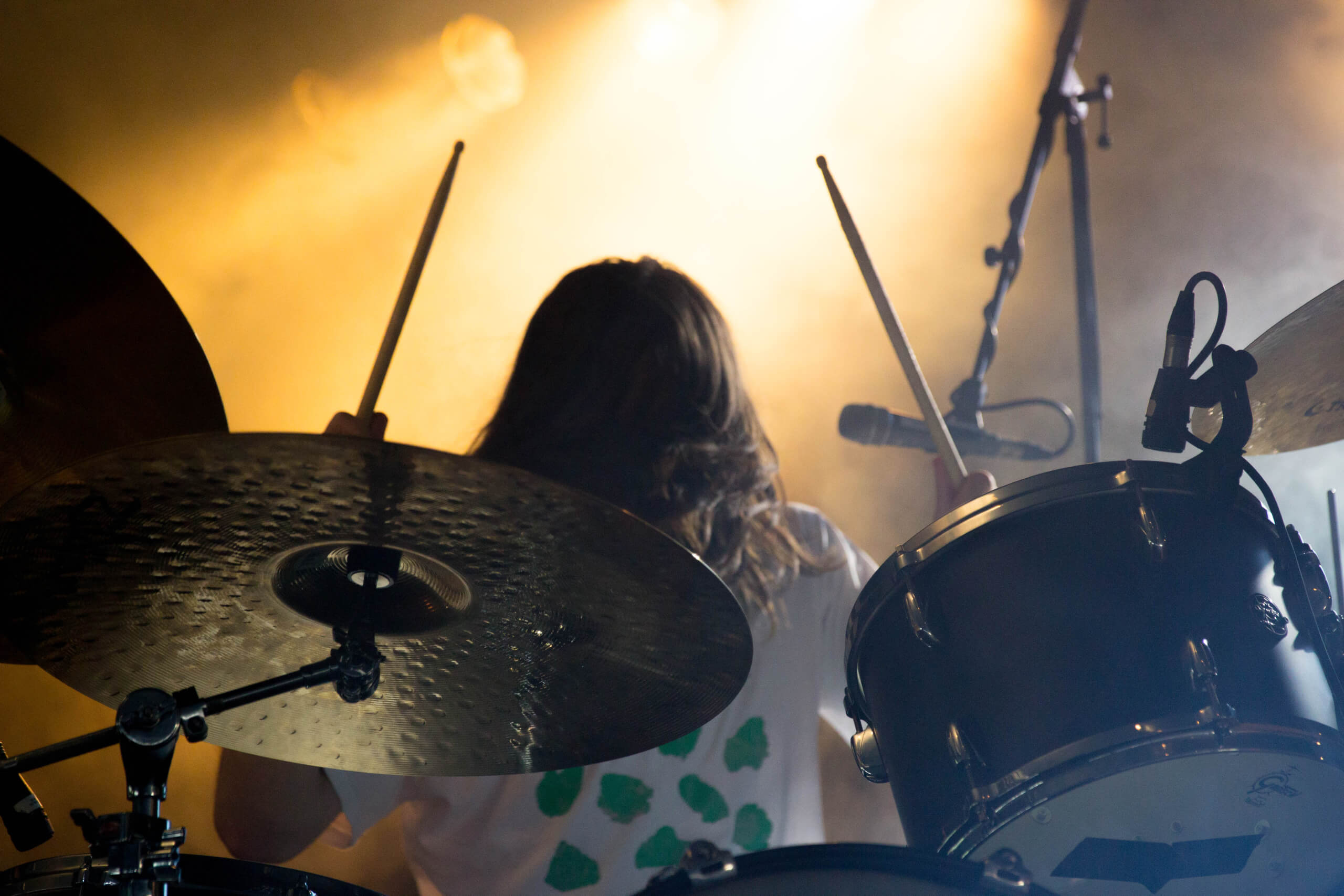 They look like a couple of moody sixth formers, and they’re making the best noise I’ve heard in a while. And I mean that – noise. That good kind of big, crazy, distorted noise. Standing at the front with a camera suddenly feels restricting. I don’t need a front row spot, I need to get back into the crowd and go batshit. If somehow you’ve managed to avoid listening to Eoin and Rory Loveless thus far – wait. They’re coming for you. They’re coming for us all. 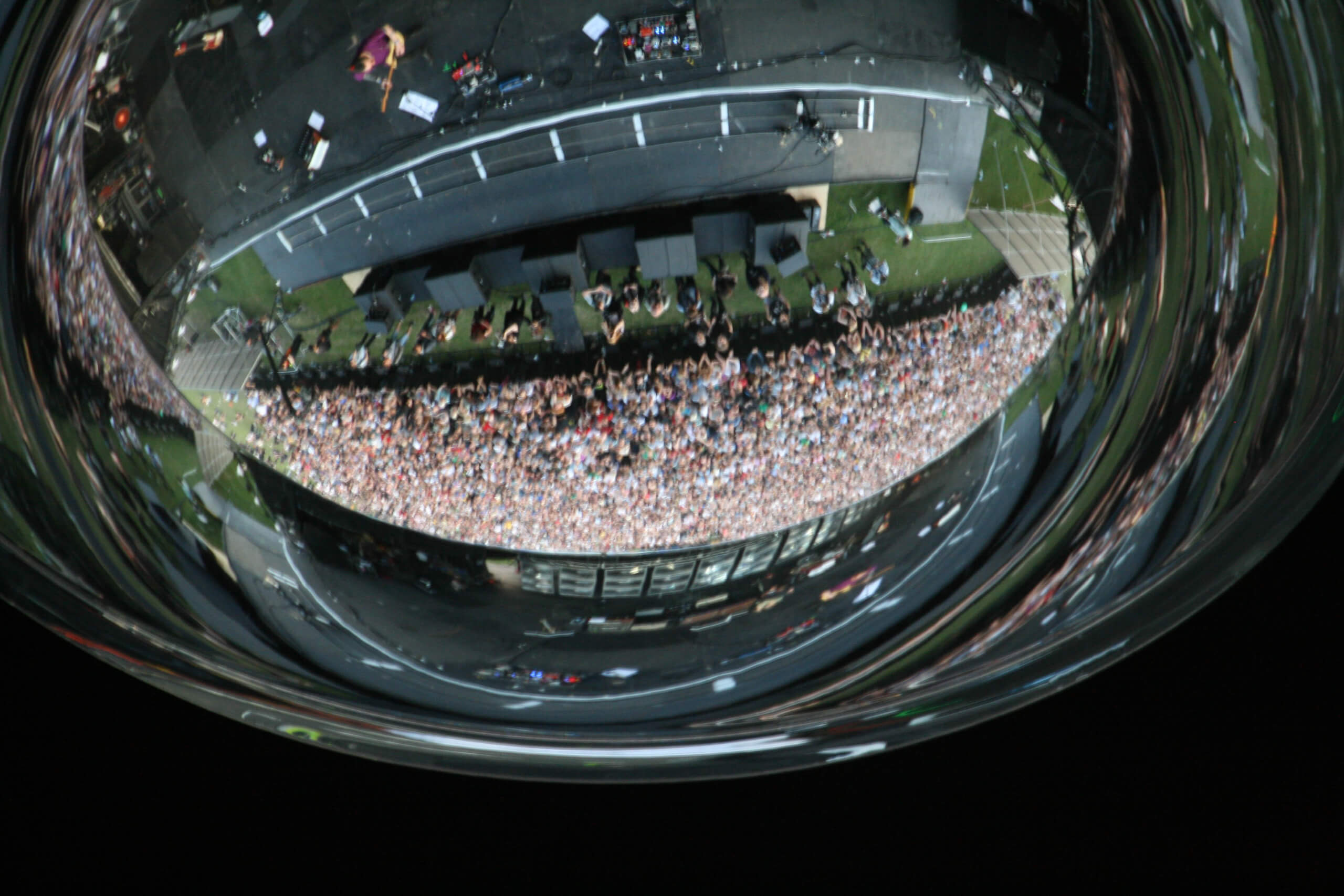 I almost cried just typing that. As I informed anyone who would listen in the world ever the next day, standing at The Pixies’ feet, camera in hand, when they played U-Mass was one of the high points of my life.  “I’ve MADE it,” I tell myself smugly (and inaccurately – I’m still taking the tube home with the rest of the serfs later). 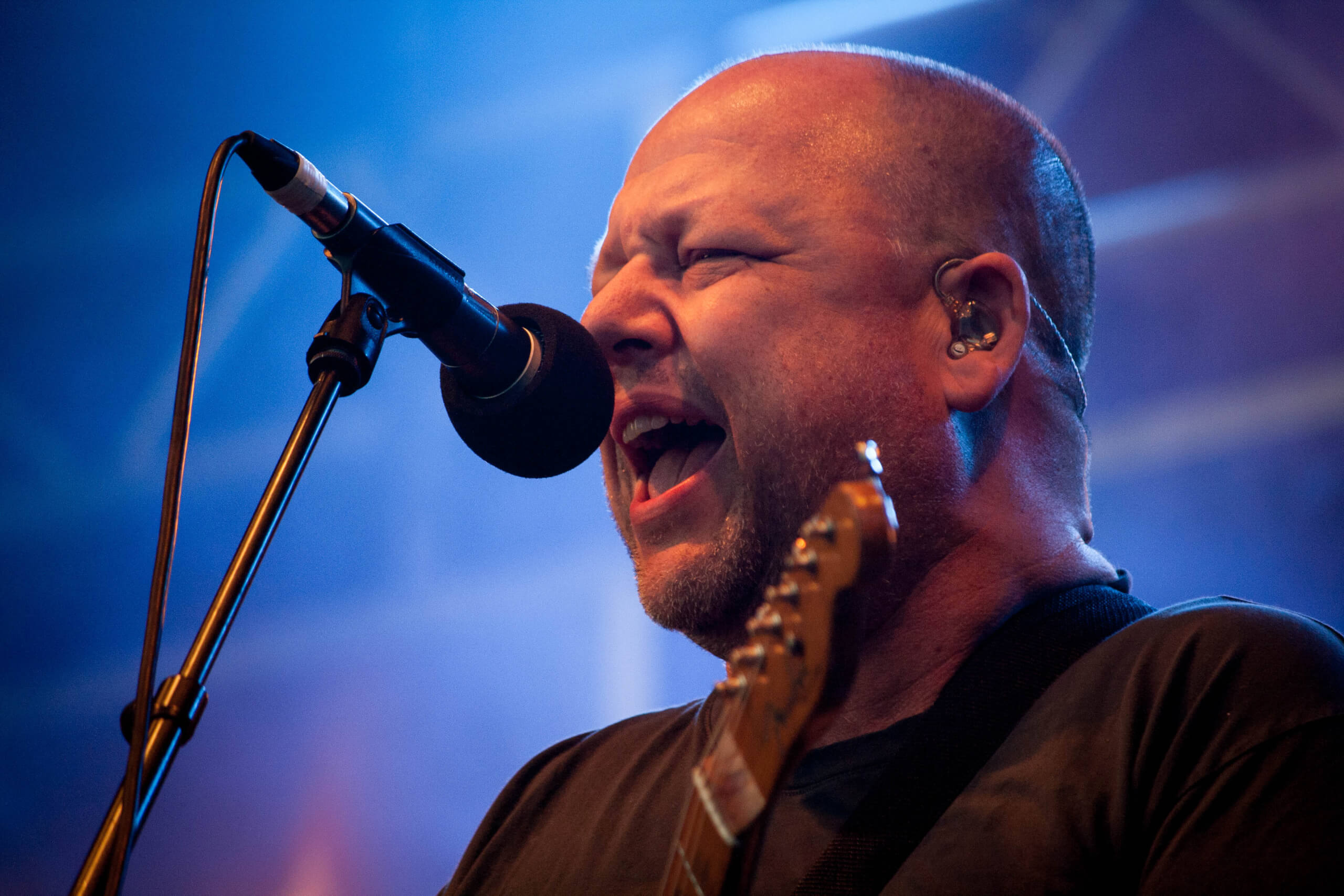 I wonder whether this says something about the set – is it only we fans-who-never-got-a-chance who enjoyed it this much? I wonder how a Kim-less, latter-day Pixies fare under the scrutiny of die hard, veteran enthusiasts?

Their new songs are noticeably weak on the crowd’s end, the surge easing for “Indie Cindy” (I still shudder when I hear that name) – but Black Francis clearly doesn’t give a shit and pushes his recent efforts with admirable zeal and a couple of good old screams. This makes me like them more, but it feels like everyone’s itching for whatever’s next. 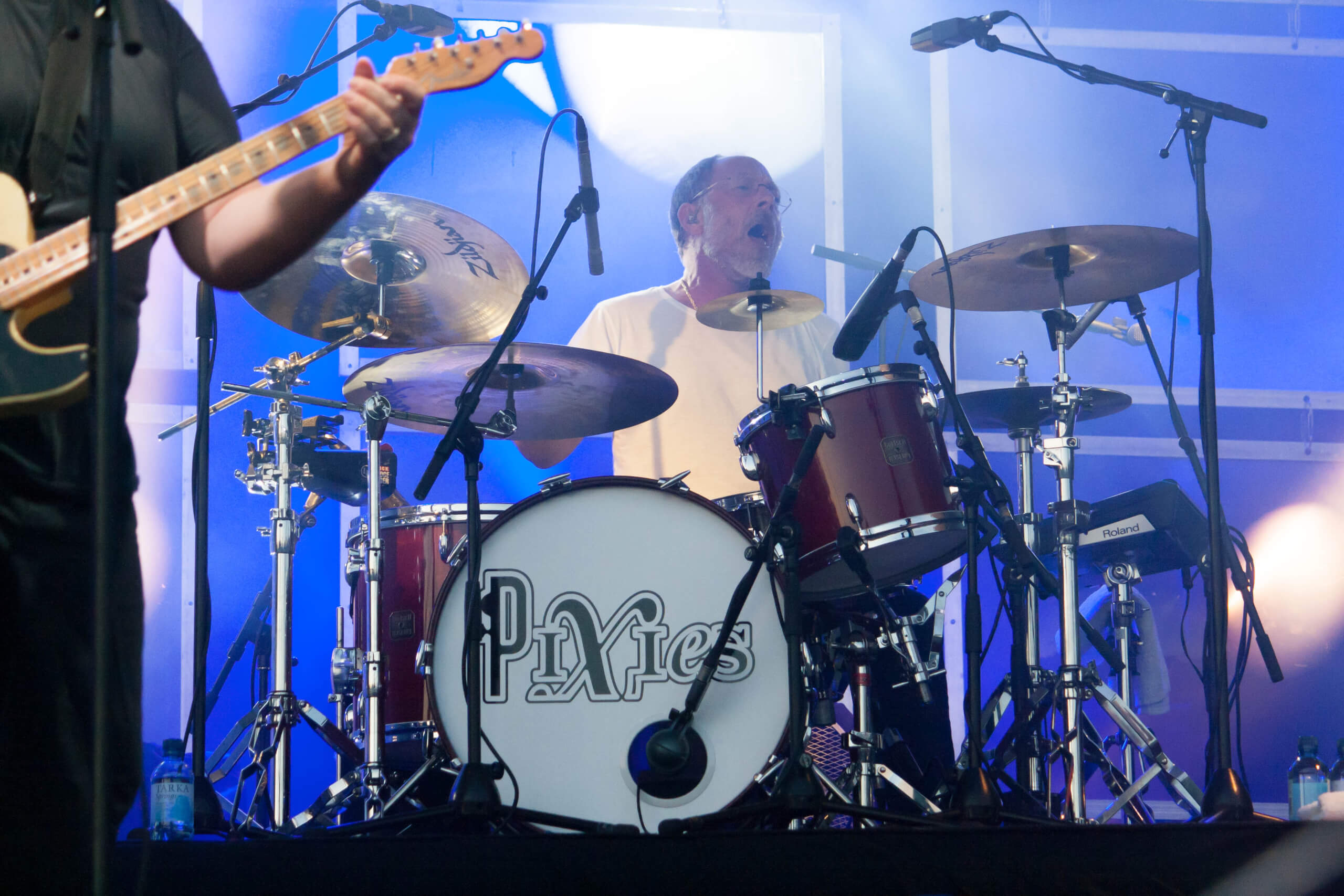 And they’re rewarded – every review I’ve seen so far has mentioned the moment “Here Comes Your Man” was played, and for good reason. I’ve never felt this much joy in a festival crowd (chemically-induced doesn’t count, so Fatboy Slim at Bestival is out of the running). We’re all reaching up to the heavens (where that monkey went, HA HA HA) and we all know every word. My boyfriend and I hug because we are so happy right now. It’s a real Kodak moment. 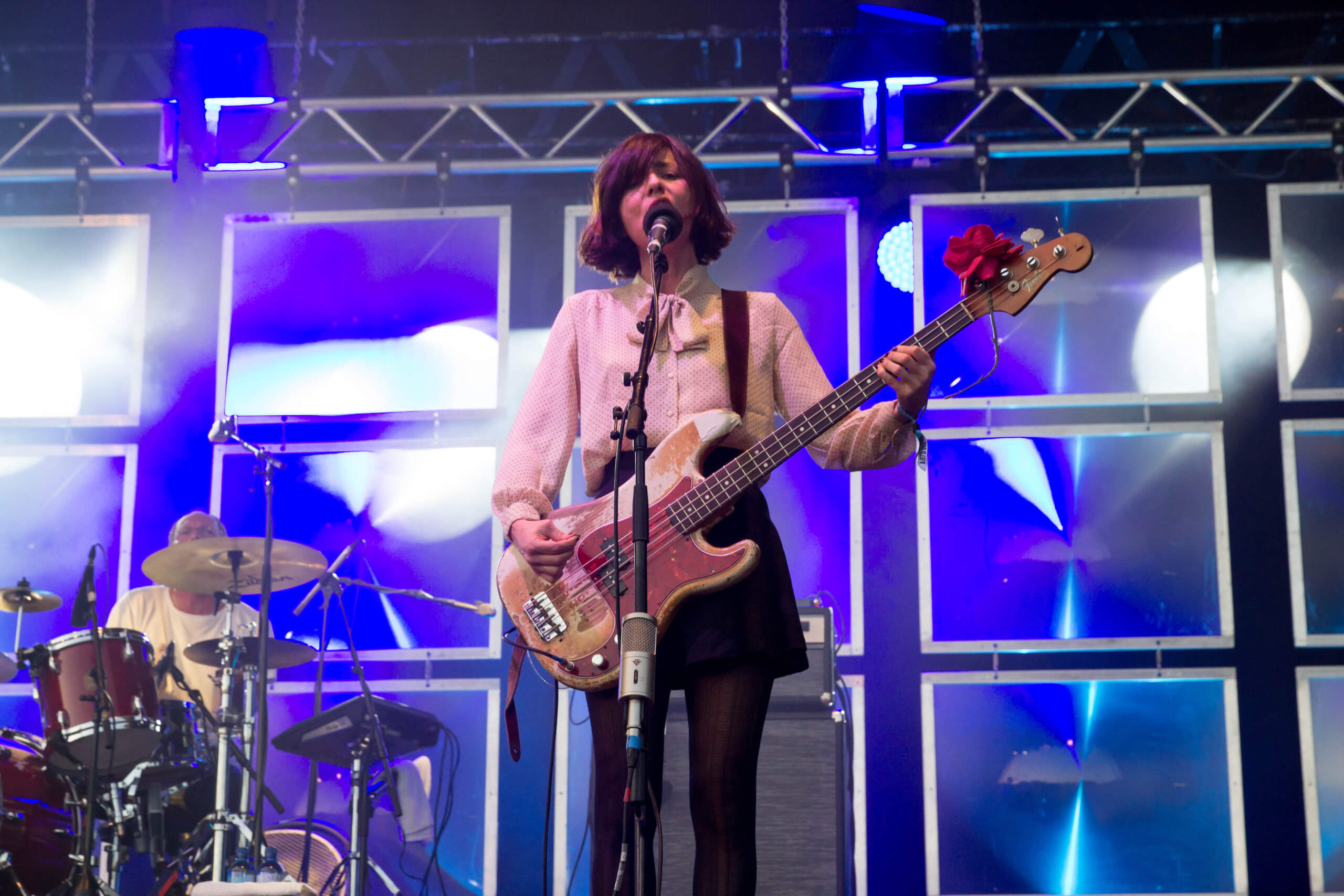 They naturally close on “Where Is My Mind?”, and the hysteria carries on out in to the night. We’re swept up in a huge throng at least 100-strong, dancing out of the park and singing along to someone’s crappy bag speakers. A massive line of bunting’s been ripped down and is held on high. We dance into the night together, singing all the way down to Bethnal Green. 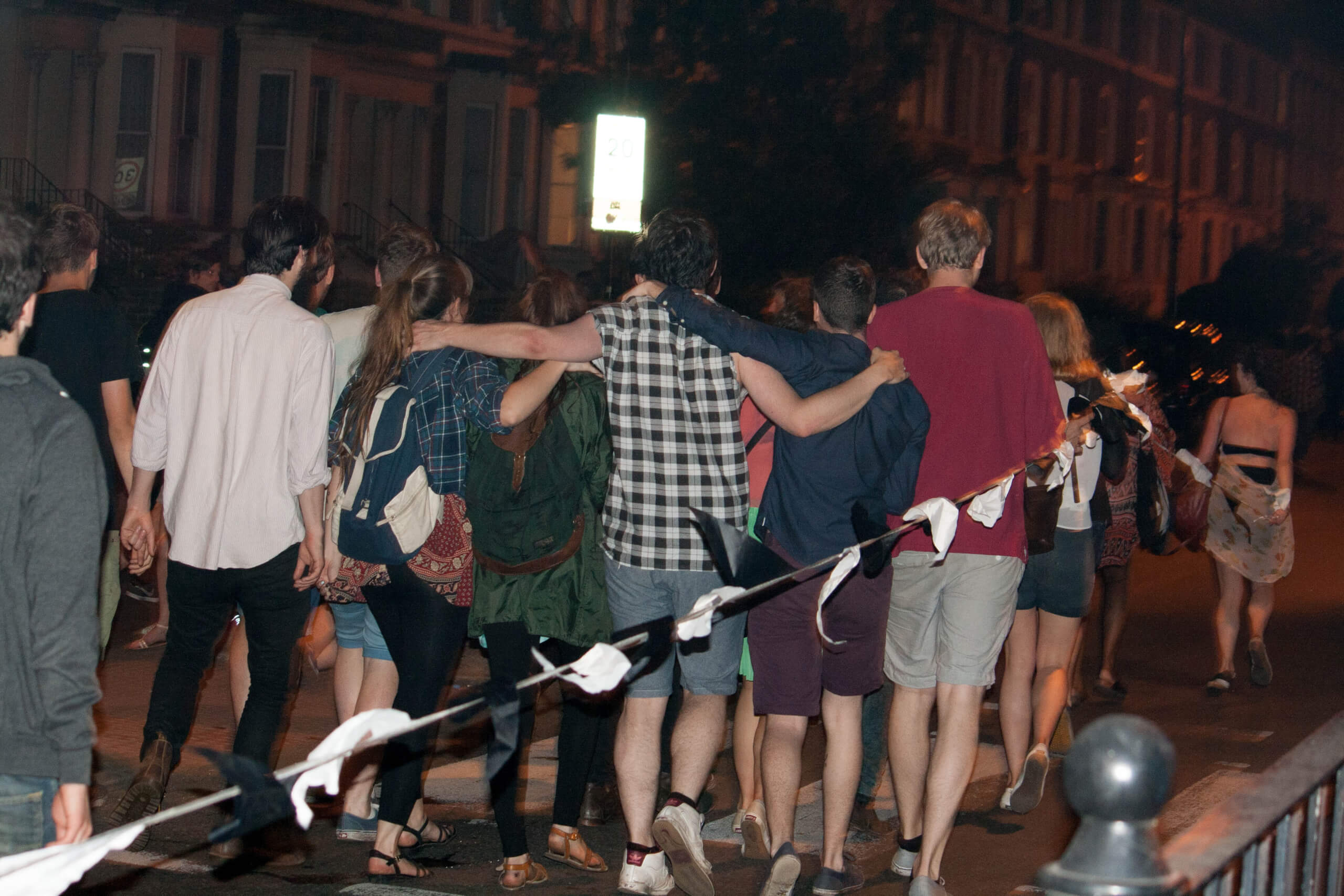 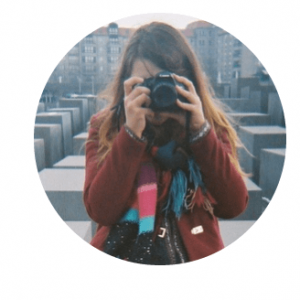 Photography for About Time Magazine