The pop-up restaurant scene in London is booming – as an enthusiastic foodie I, for one, am truly thankful for this. From urban markets to rooftop hideaways, it’s becoming so much easier to try global treats that are both delicious and innovative. 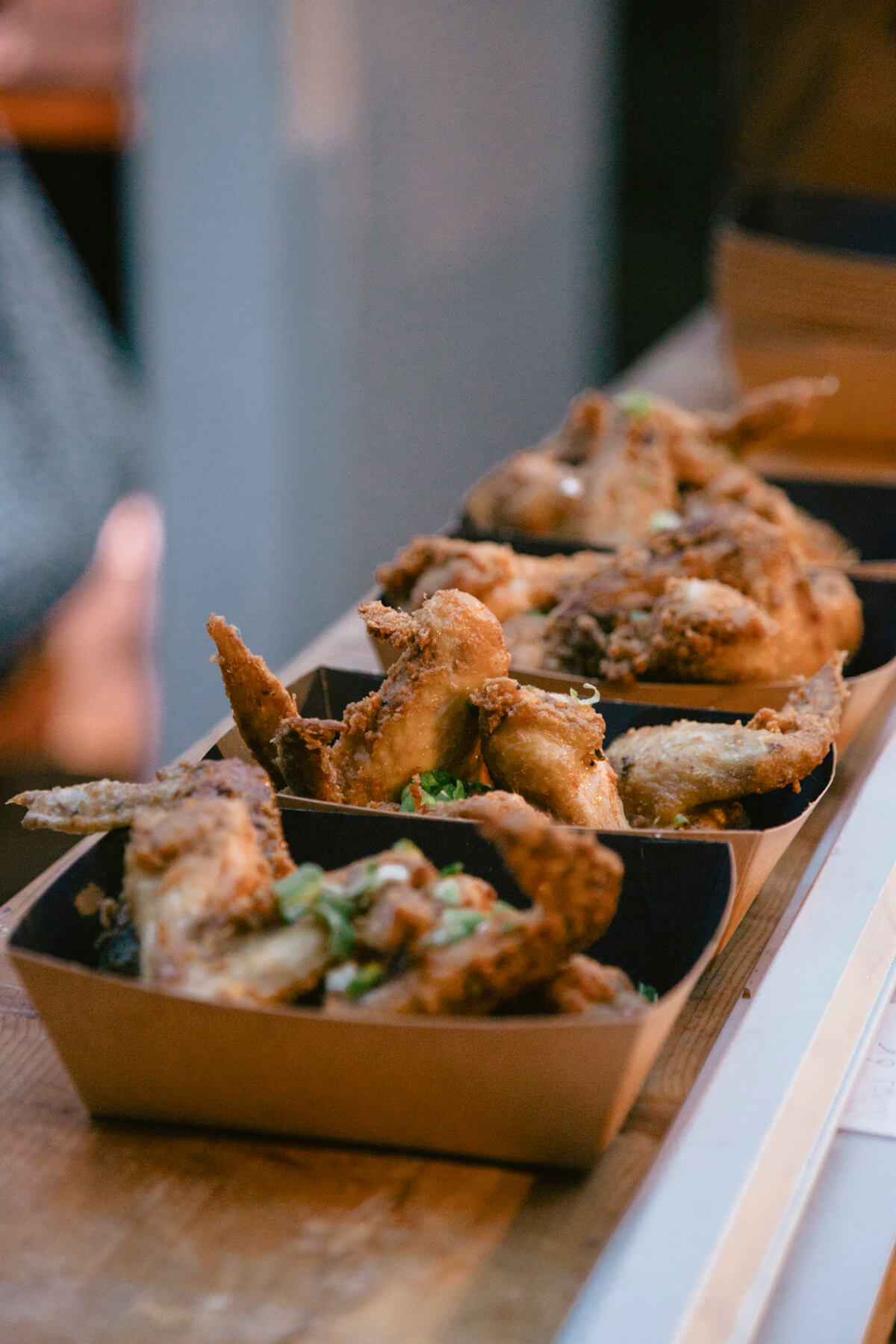 White Men Can’t Jerk came on to the scene in 2013 and are no exception to this. Known for their spicy wings and cool vibes, they choose venues where they can take over the DJ set and the kitchen, ensuring a chilled out atmosphere and full bellies. 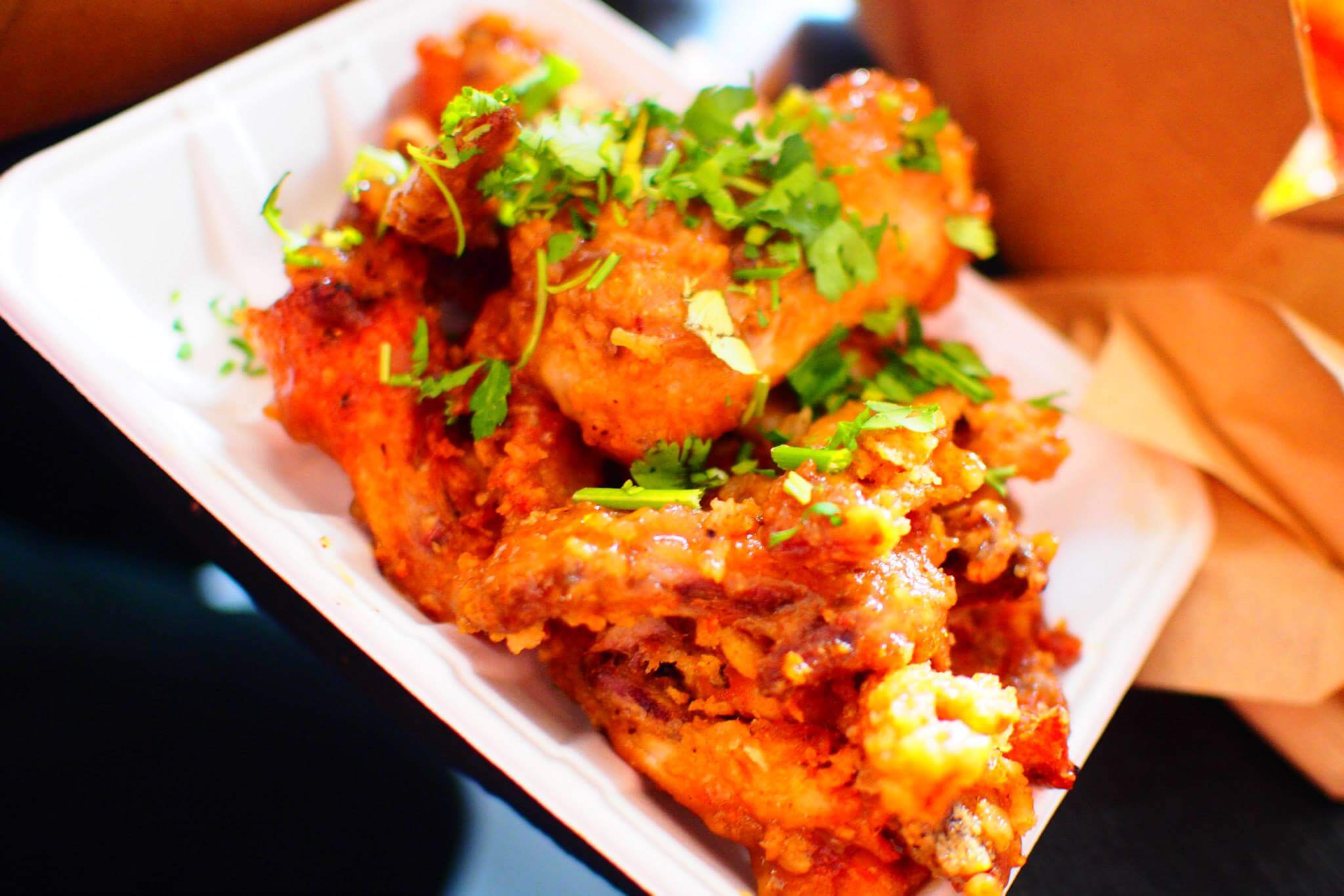 So you started as a trio, Dave who is London through and through, Steve who grew in both the Dorset countryside and London and finally Big H who sadly has taken a bit of a back seat as work commitments got too much. For those who don’t know you guys give us a little background on how you guys came together and WMCJ was born? 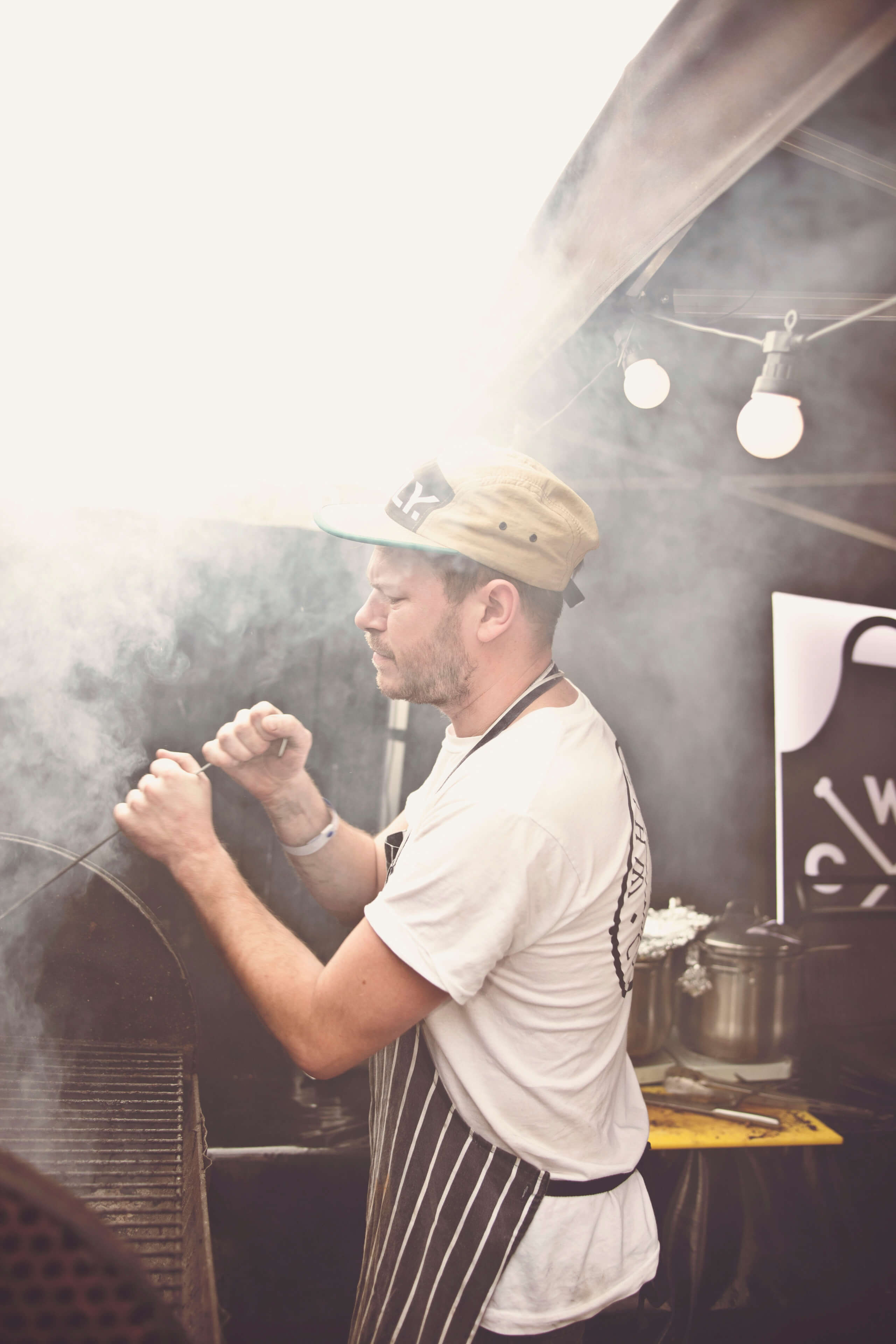 D: We met through going out with mutual friends really, started chatting and realised we had a lot in common and became mates way before we started WMCJ. We’re both heavily influence by music, shared a passion for going to good parties and eating good food and that all kind of lent itself to us starting WMCJ.

Before starting up Steve was a theatre producer for a touring theatre company and ran an arts provision for young people in Kings Cross.

S: Sadly with all the cuts to youth provisions and it becoming increasingly more difficult to provide meaningful work with young people with no budget I began to get a little disillusioned and started to explore my other passions as employment.

D: I’m a Tiler by trade and I’ll continue to work in the field until we begin to get really big and he can sack off the day job. Having your hands in a bucket of cold water all day on your hands and knees has lost a lot of his charm and I’m very much looking forward to putting my trowel down for the last time!

S: It was an idea for ages really, but not one that I took seriously until Dave & Big H backed me. We all absolutely love Caribbean food, the smokey flavours, the spice, the real comfort food feel to it all.

D: It’s something that we’ve all cooked before but every BBQ, Steve would always bring out plates of Jerk, even if it wasn’t at his house. It was just something he learned to cook form an early age and kind of became his signature dish really. 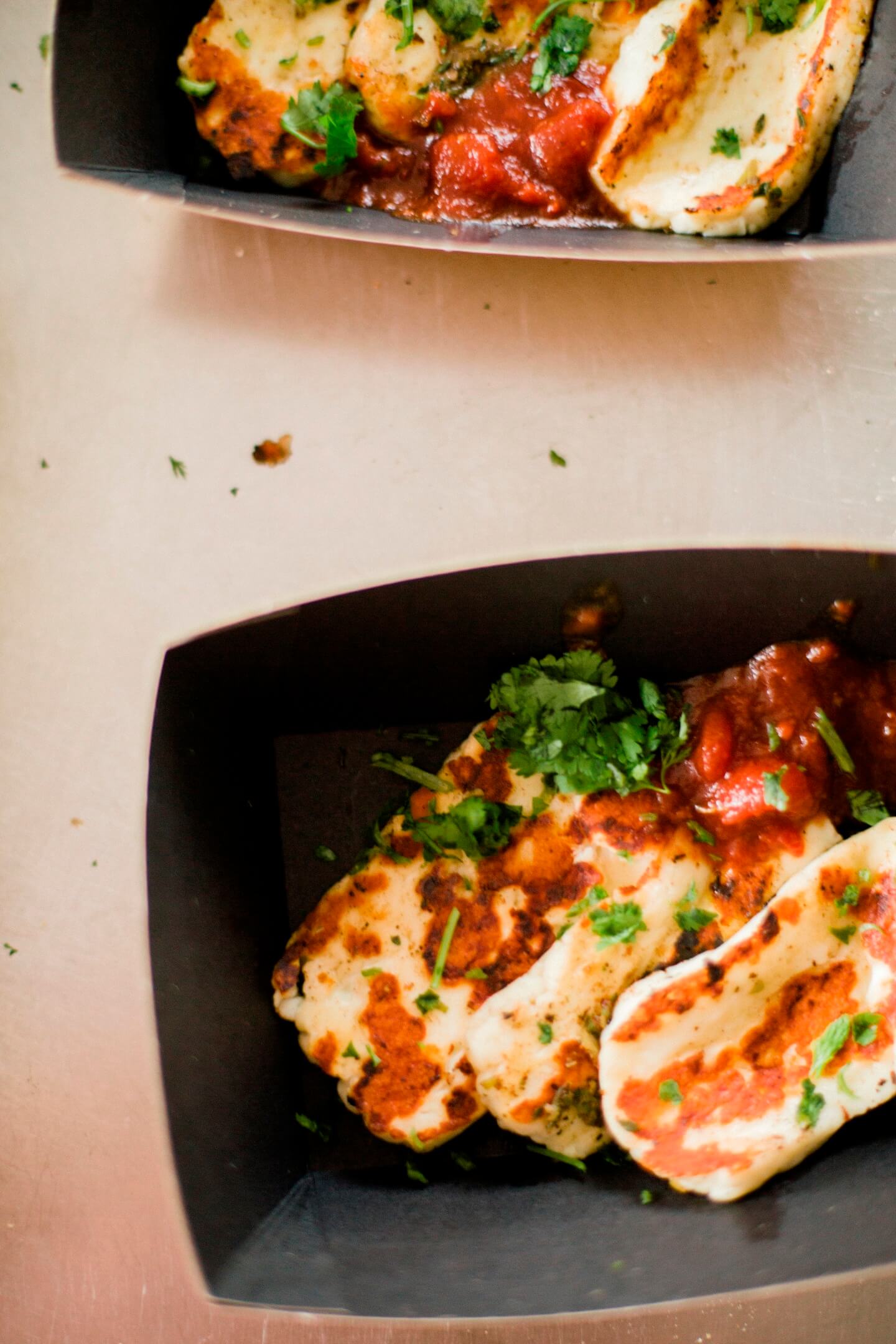 S: People were often complimenting me on it, I had a history of working in a kitchen and one night it kind of all started to come together as a plan. A few years ago I had a massive BBQ at my house the day before Notting Hill Carnival, I cooked for about 50 people and at the end of it people were coming up and saying just how good it was and some even saying it the best they’d ever had. Our pals aren’t the kind just to say stuff to inflate our ego’s either, so it kind of gave the push needed to think about taking things further. About 5 months later we all sat down in the pub one day and though right lets actually do it, so we did. We put on our first party back in 2013 and have just kept on going really.

Over the Summer of 2014 we started doing just food pop-ups but the party element of WMCJ for us is just as important we want to provide an atmosphere where people come together for a full experience and not just grab their food and go.

Be honest- who was the mastermind behind the (incredibly catchy) name White Men Can’t Jerk? 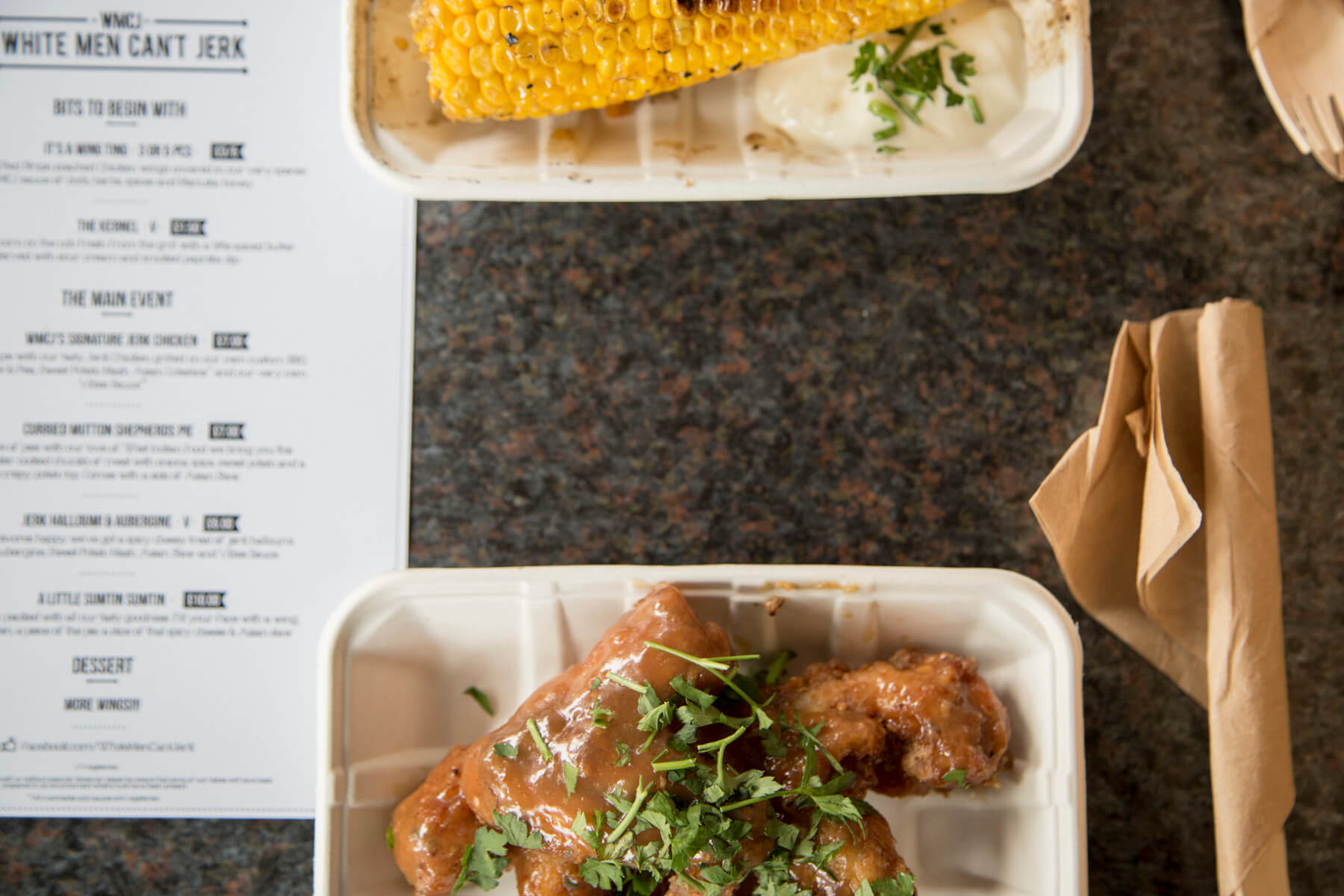 S: I actually think it was Big H, it was a name way before it was an actual business. We were having a BBQ one night down in Croydon, I brought out the usual spicy feast of Jerked goods, including a rabbit I believe, there isn’t anything I won’t have a go at Jerking. We cooked it up, we were laughing and joking and talking about the idea of me actually cooking professionally and Harry said “Yeah, you could call it White Men Can’t Jerk”.  And it stuck from there really, I think it even became my nickname for a little while. When people ask now, we just say we’re massive Wesley Snipes fans.

If you guys were a boy band what would be each of personas?

Steve is The Serial Griller – smokey, spicy and definitely a little on the grumpy side.
Dave is The Vibes Man – party boy, ladies man and the friendly face of WMCJ.
Big H – The Pin Up and Poster Boy of WMCJ is sadly off pursuing his solo career but we might get him back to do the WMCJ Saucy & Spicy 2016 calendar.

Do you think that the pop-up scene will continue to grow in the capital?

D: London has some amazing markets and street food culture seems to be going from strength to strength at the moment and I definitely think it’s something that will continue to grow. 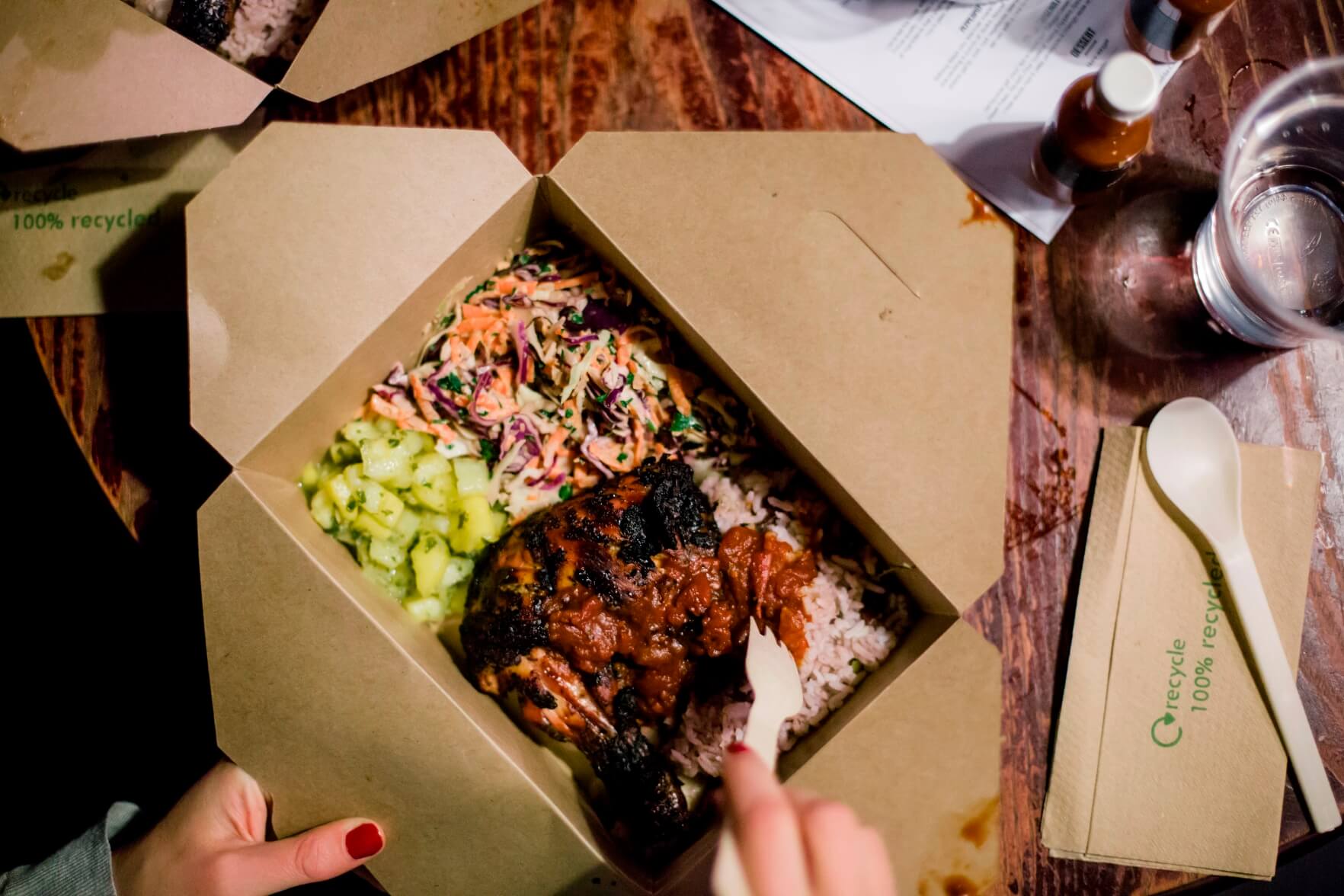 S: Especially when you consider that organisations like NESTA are reporting on how vital the industry is to the countries growth. There’s a really interesting report called a Steak in the Economy that they produced last year, well worth a look.  There are also some interesting theories behind the boom too, like all the people that used to go raving but can’t keep up anymore now spend their money of food experiences because of the shared vibe you have at things like Street Feast.

Do you think WMCJ will have a permanent home in the future?

S: We like popping up in different places but we are in talks with people about setting up more longer term residencies, so we guess you’ll just have to keep an eye out for us. We’d really like to get our paws on a big food truck and explore the idea of our sauces being stocked in shops so we won’t be disappearing any time soon.

Are there any other chefs or pop-ups that influence you or that you really rate in London?

S: I’ve got a lot of time for Smoke Stack, the food, the huge smoking truck all of it. That BBQ is a really impressive beast. Their ribs are amazing. 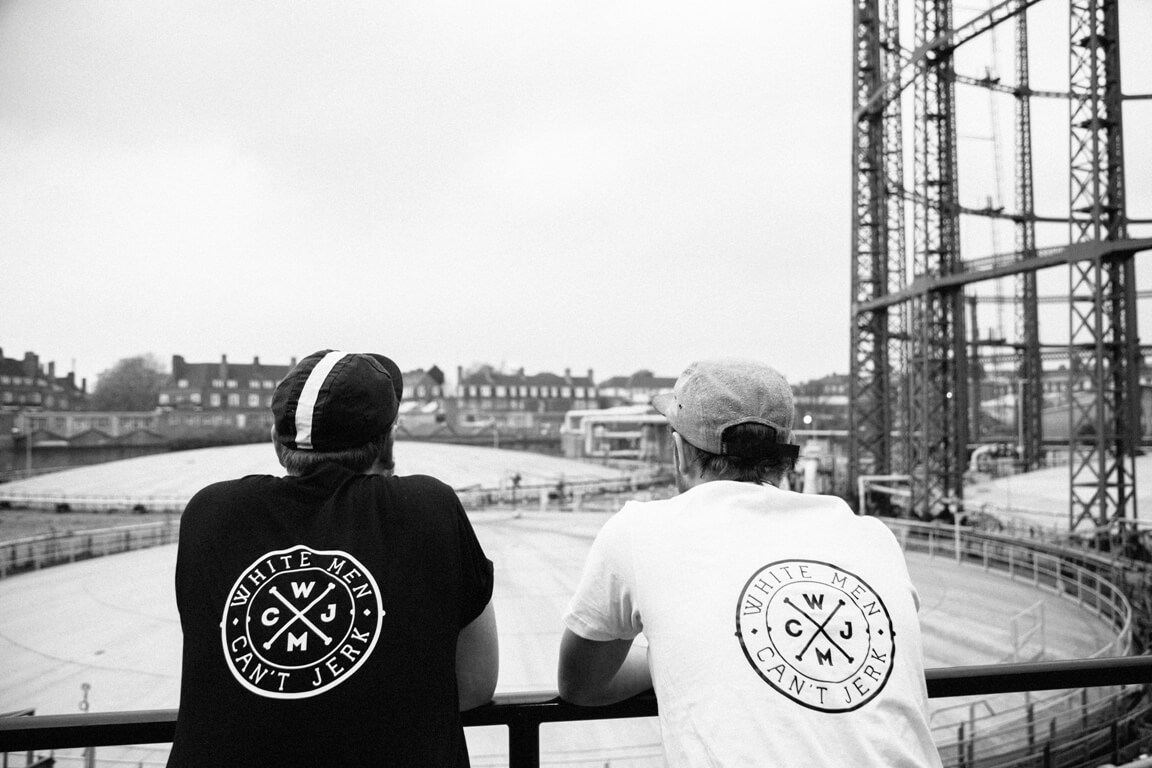 D: There’s just too many, the scene in London right now is an amazing thing with different things coming up all the time. It’s a really special time for food at the moment.

What are your signature dishes?

D: I’d definitely say our Jerk Chicken Brioche roll has become a signature dish and probably our Curried Mutton Shepherds Pie. Haven’t seen anyone else do that yet, it’s pretty special.

What has been the best location so far with the best crowd? 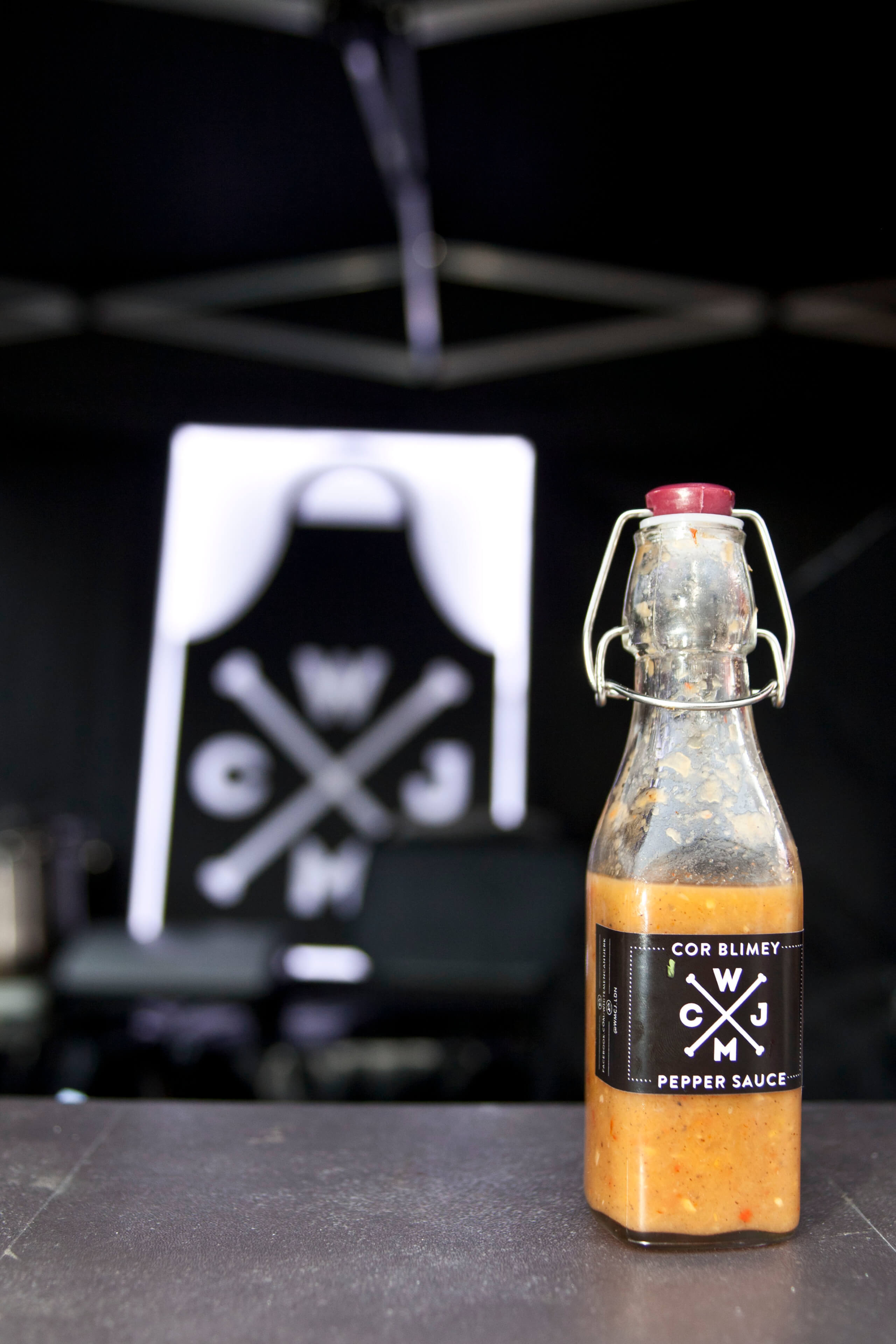 S: We had a great time on Dalston Roof Park over the summer, it’s an amazing venue and the whole team up there were great. We had a lot of fun with those guys and with all the people that came up there to eat & drink. On a warm Summer night there was no place in London better to be.

What are your guilty food pleasures?

D: I love a hot dog, any kind of hot dog, give me a sausage in a bun with some fried onions and I’m anyones.

S: Mine’s pretty gross, I have to say I love a Fray Bentos Pie. My mum was a HUGE advocate of the processed food generation and its one of those things form my childhood I just love. It’s the pastry, I don’t care if it come out of a tin, that pastry is incredible.

If you were on death row what would be your final meal?

S:  I’d want a full on feast, literally everything, BBQ meats, fried chicken, a case of craft bear, slaw, salad, fries, onion rings, pasta dishes, steaks, everything!! Then have loads of cream cakes brought in for a massive food fight with all my mates, right before they bump me off. Go out having a laugh with a full belly and a smile on my face.

You can find White Men Can’t Jerk  at The Star of Bethnal Green until May. 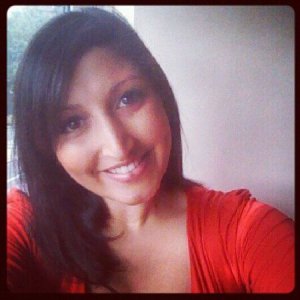