As part of our series on female visionaries, kicking off with Maria Miller yesterday, we thought it was about time you met MJ Delaney. You’ve probably seen MJ’s name before: she adorned city-wide London underground posters last year when her debut feature film was released. Powder Room takes place in (where else) a nightclub toilet, and stars Sheridan Smith, Kate Nash, Jaime Winstone and Oona Chaplin. With those names in her little black book, you might be surprised to find out that that MJ only burst onto the scene in 2010, thanks to her viral parody video Newport State of Mind. We talked sexism, social media and bad haircuts with one of the industry’s brightest new talents.

What made you decide to go into film?

[I did it] sort of accidentally, by way of a very roundabout route. But as soon as I started directing I knew that I loved it and would never want to do anything else.

As a woman, what challenges have you faced in the film industry?

I try not to dwell on specific challenges from the past, to focus on the positive and just keep looking forward with optimism and enthusiasm. I think that’s the only way to survive and stay creative!

The latest Celluloid Ceiling report suggests there are fewer women in key film jobs than in 1998. Why do you think that is? Do you think working in film has got harder or easier for women over the years?

It’s really saddening, especially as it’s across practically every department and role you can think of. And it’s reflected in the stories that end up on our screens, which is worse still, as cinema is such a gender-biased medium, on the whole. I am hopeful that it’s starting to get easier because I look around me at my female peers within the industry, all of us still the new kids on the block, and there’s such a sense of female solidarity, which I don’t see so much in the generation above us. We’re going to change things by sticking together, by supporting one another, and by helping the new girls when they arrive. That’s my hope, anyway. 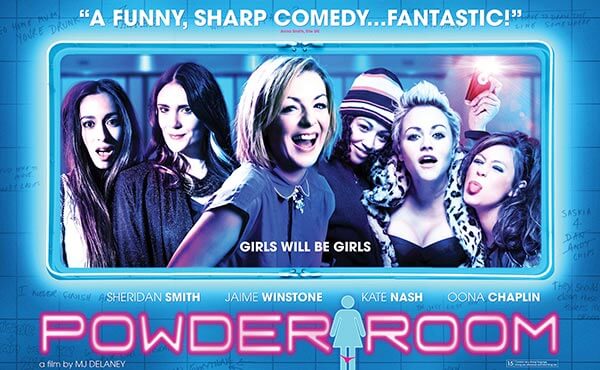 Do you think you could have got where you are today without the internet and social media?

Absolutely not! The fact that a video I made went viral has undoubtedly been the single biggest boost to my career.

Do you see a big future for the relationship between social media and film? How do you think things might evolve?

I’d like to think that it will open the playing field a bit. Kids now have the ability to watch all different types of filmmaking. So it’s not that distanced, seemingly unattainable, goal any more. They can see all stages of the game, and how it’s not as far as you think to get to the point of making something that’s shown in a cinema. And it’s a great testing ground for trying things out and getting responses – really encouraging if the reaction is positive. In the same way, I think it’s great for quality control. If people don’t like something, they just won’t watch it, and they certainly won’t share it.

Do you think you’re drawn to films such as Powder Room because of the strong female roles? Could a man have made that film?

I love that Powder Room has such strong and varied female roles, that it passes the Bechdel Test with flying colours, that it’s a celebration of female friendship and that for all of those reasons it is (sadly!) a very unusual film. But what drew me to the script was simply that I thought it was really funny. And yes, a man could definitely have made the film. Just as Katherine Bigelow managed to direct a film with strong male roles, and win an Oscar to boot! 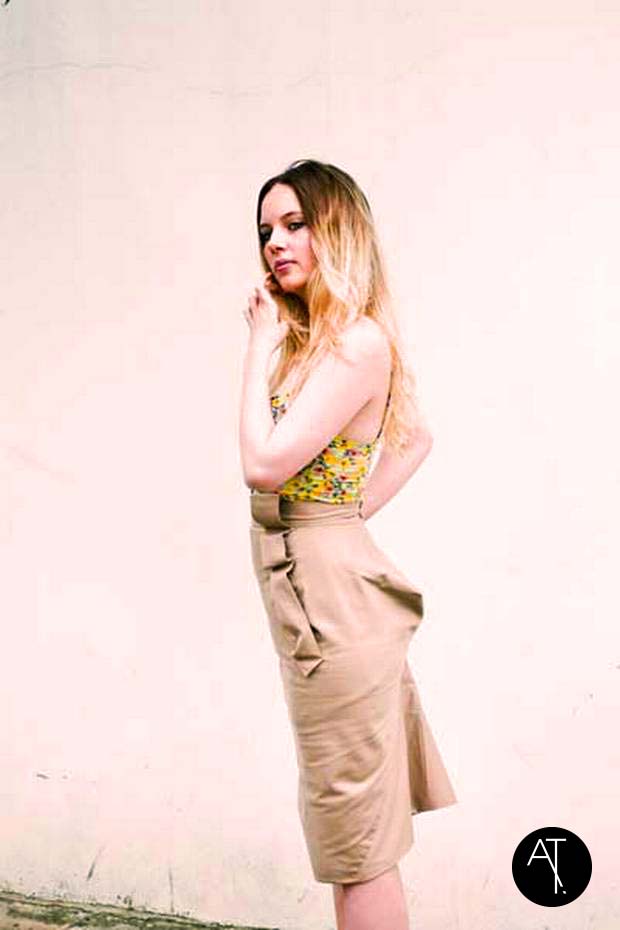 Which women have inspired you and why?

Both my Nans were these incredibly strong, incredibly loving women. They didn’t take any shit from anyone! And they didn’t feel the need to disguise their intelligence to make other people feel more comfortable. And they managed to be that way growing up in a time when there were about a million more expectations about how a woman should behave. So they are a huge source of inspiration to me.

You’re stuck on a desert island with one DVD. Which would you choose?

Bugsy Malone. At least you could have a good sing-along. And nobody would know you were out of tune.

What advice would you give the schoolgirl-version of you?

Don’t get that stupid haircut when you’re seventeen.

What is it About Time the film industry tried?

Acknowledging the fact that neither female-led stories, nor multifaceted female characters, are ‘niche’. More women go to the cinema that men do, so why are we so worried about alienating a male audience when the question is never asked the other way round?

Powder Room is out on DVD now.