Terry Blake and Yohini Nadakumar opened their first restaurant, Sparrow in March 2017 after first meeting in the kitchen at St. John in Spitalfields. Seasonality is at the heart of the menu at Sparrow, although the menu is focused on British produce, dishes reflect Terry and Yohini’s culinary background with time spent in the kitchens of BAO, Pollen Street Social and Merchant’s Tavern. We sat down with Yohini to chat about the idea behind Sparrow, staying current and the casual dining scene in London:

Have you always wanted a career in food?

Not at all. I loved cooking but knew that didn’t mean that I would suit a career in food. As a lawyer though, I worked for a lot of businesses and worked long hours and I guess I always felt that ideally I’d be working hard for myself. Not necessarily in food though.

What do you love most about running a restaurant?

I love the team that I work with who are all brilliant and when we’re having a laugh together there’s a weird satisfaction knowing that it’s all somehow happened under the umbrella of this restaurant. I also really like seeing so much of Terry. When we first met, he was a chef and I was a lawyer and our work patterns didn’t really fit well and for years it was treat spending time with him. Now we can’t get away from each other, but it feels great!

You worked in the kitchens at St. John in Spitalfields and Pollen Street Social – what learnings did you take away from them? 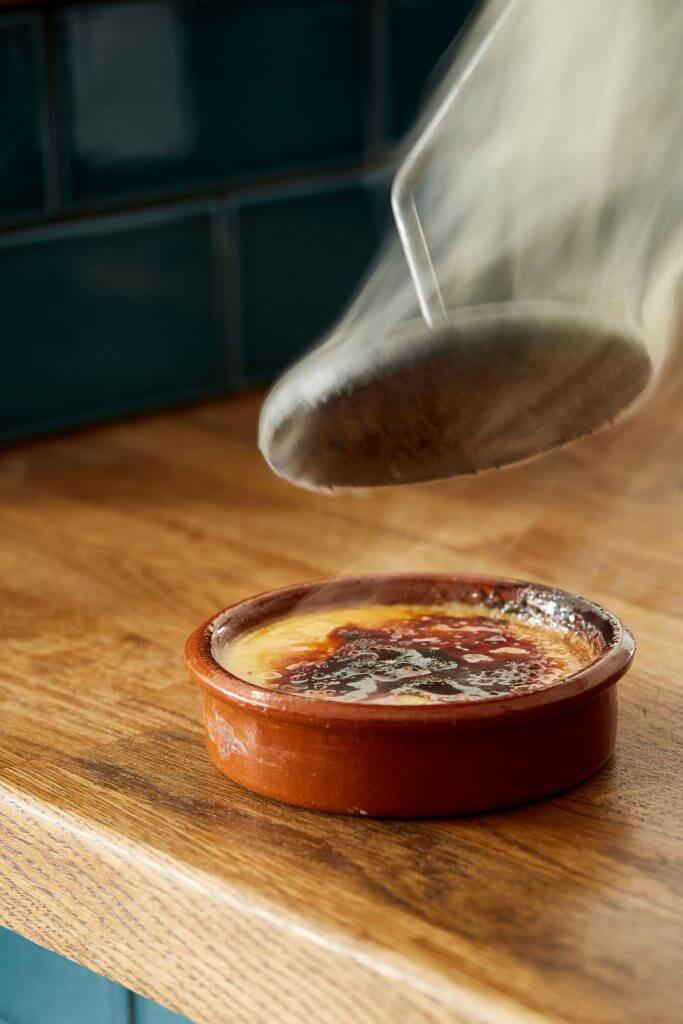 I guess the biggest realisation is the difference between being a chef and a “cook”. Often when chefs say “cook” they mean it in a slightly disparaging way, which is unfair because home cooks can often be so much more knowledgeable and passionate about food, and I feel like I came from that space. However, working in a restaurant is also about managing your time, working at pace, providing solid handovers to the chef working your day off, and providing a consistent product every time you make and also when you’re not the one making it. That kind of thinking wasn’t evident to me when I was just cooking for fun at home, but you realise how important it is when working in a commercial kitchen and especially when you have your own restaurant.

You opened Sparrow in March 2017 – what was the idea/inspiration behind the restaurant?

So back in March 2017, I think Terry and I were just bursting with ideas but none of cohered particularly, plus neither of us could agree on what we mutually wanted. We just knew it had to taste great but weren’t fixated on a particular cuisine or food “concept”. I like to think that the menu at Sparrow holds all those fizzing ideas without bothering to find a framework for it. We just make what we like.

Looking back, I also see that we didn’t really have the experience to start the restaurant with a disciplined set vision and know that it would work for us and the area; I think keeping the menu eclectic was also a way for us to learn on the job. We’re still learning and still keep changing the menu, and I think it remains a restaurant in a kind of dynamic transition. Some months, the menu has a strong Italian flavour, other times it’s Asian or French in feel.

What do you think of the casual dining scene in London? 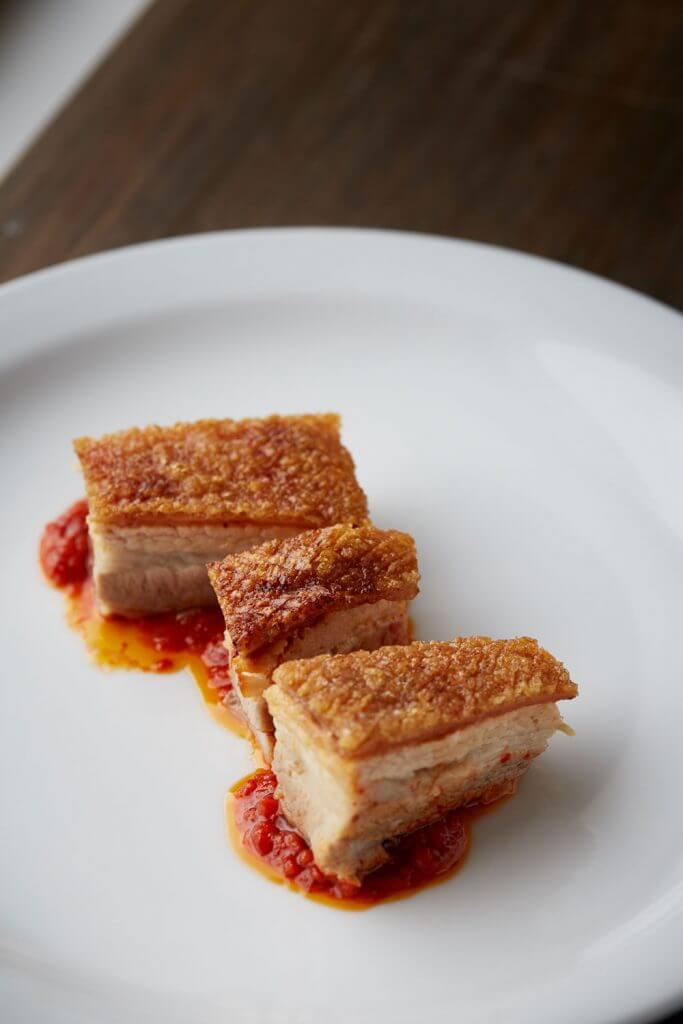 I really think it’s brilliant. Food in London used to either be super stuffy with lots of set courses and piano music, or cheap and cheerful. I think the restaurants which in the last decade have filled the space in-between, and have treated Londoners to great food without sacrificing the social, hanging-out-with-friends element. There’s also some brilliant casual dining restaurants which have opened up in the suburbs which easily rival central London counterparts. I love Marcella in Deptford and Naughty Piglets in Brixton which show that you don’t always need to get on the tube line to have a great night out.

There’s so many restaurants opening in London – how do you stay current and stand out from the crowd?

I don’t know! We only opened a year ago and we worry about that already! In perspective, I actually don’t think the problem is a very real one. Restaurants (at least where we are) live or die by their regulars, so I think you need to focus on making consistent great food, because all the positive PR in the world won’t mask a bad meal. I also think you need to be disciplined about regularly changing the menu, both to make use of seasonal (therefore cheaper) produce and to keep the menu interesting for your regulars. As long as there’s a core following for the food you produce then you buy yourself time to find the direction you need to take your restaurant in.

The menu changes according to the seasons – what ingredients are you loving to cook with right now?

Tomatoes! June is still a bit early for British ones but we are getting beautiful tomatoes from Spain and Italy right now and given the weather recently, tomatoes have a kind of sharp-sweet freshness which is just about perfect for nearly every dish we’re making at the moment.

What most excites you about cooking? 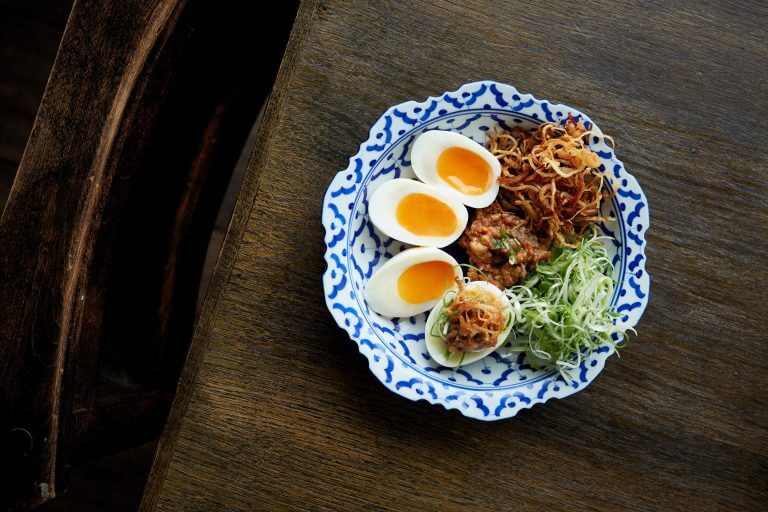 A big part of having a restaurant is about turning things into a process. Every time you create a dish, there a recipe, methodology, allergy sheet, amended order sheet and training that goes into the dish to make sure it gets made the same every time.

The exciting bit comes just before that, when you have an idea, you put it together and often you trial as a special for a week. At that point, the idea is still very malleable and personal and to see it work and get compliments on it is a buzz and very exciting.

What’s been your proudest moment since opening Sparrow?

I can’t think of one thing, there’s lots of things I’m proud of. I’m proud that Terry and I actually managed to get it off the ground, I’m proud of how we’ve changed as individuals to better manage the stress and pressure that running a business brings, and I just burst with pride every time a customer comes over to the pass to compliment the kitchen and front of house. 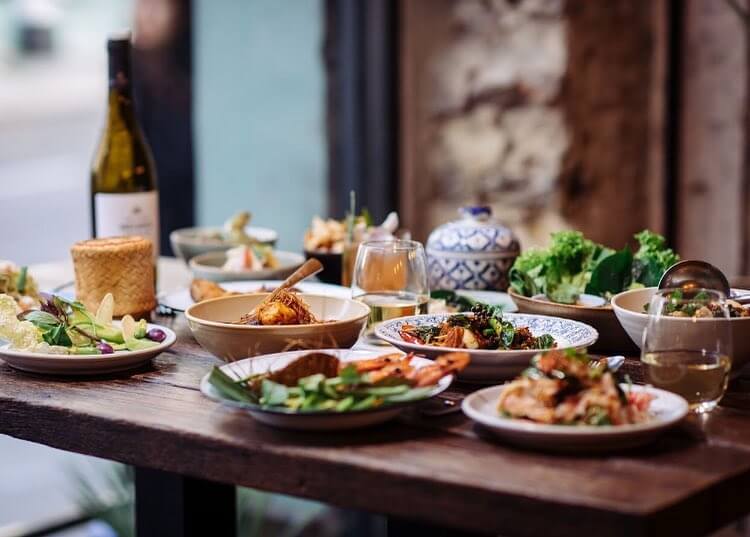 Locally, we’re fairly loyal. Thai Box and Cafe East for takeaways or any one of the little Sri Lankan cafes in Lewisham. When we eat out in central London, it’s a treat that we rarely go to the same place twice even when we love it. Terry loves the feel and food of Bocco di Lupo even though he can’t eat the pasta as he’s allergic to wheat. We had a great meal at Barrafina recently and I always keep meaning to go back to Som Saa – I had a great time there last summer after a few too many condensed milk and coconut cocktails.  We also went to Parsons a few months back which was lovely and it gave us the courage to put a few more fish dishes on our menu!