Introduce yourself and your work

My Name is Kristian Aartun. I’m 46-years old and my main specialties are global networking and entrepreneurship. I am the founder of the ‘NIEC conference’ (Norwegian International Entrepreneur Conference), ‘Aartun Speakers’, a boutique speakers agency, and am a trusted advisor for various companies, CEOs and entrepreneurs.

Where did you start your career? 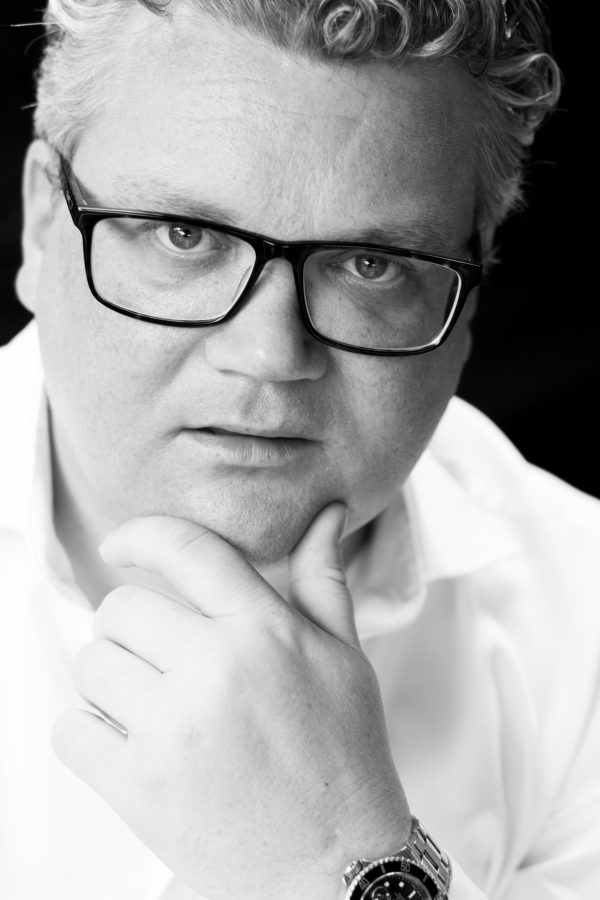 My career started when I was 19-years old and at that young age became the General Manager of German music company ‘edel music AG’ in their Oslo, Norway office. The company was founded in Hamburg and was lead by German tycoon entrepreneur Michael Haentjes. As a youngster I always dreamt of being professionally involved in the music industry. That dream manifested when edel hired me in 1996.

What was your journey to where you are now?

After 6 years with ‘edel music AG’ I founded ‘Noble Records’ (my own label) and worked as a managing director in EMI Music Publishing. I had a keen interest in radio and in 1995 founded my first radio station called ‘Spirit Radio’. Later I founded Radio City and Radio 3. According to official polls, Radio City became the most popular local radio station in Norway. In addition I took over an already existing 5-day music festival. As the CEO I had to deal with lots of local politics, rules and regulations and after 5 years this became too stifling for my creative spirit so I passed it on.

With my years in the music industry I had started to build an extensive global network and my interest shifted towards entrepreneurship and inspiring people. I believe I have a nose for special talent and inspirational people. This all came together when I founded NIEC in 2011. An international entrepreneur conference seeking to inspire and unite people, not about ‘just doing business’ but always seeking new ways to consciously add value. These days my main occupancy is discovering, meeting and connecting people and the maintenance of my large global network. I have made the most amazing connections by talking with people on the street, on the train or on an airplane. Some of them became lifelong friends and business partners.

In my childhood I played the silver flute and got my very first little job at 13, when I started as a telephone operator at a local radio station in Norway. At the same time I was a so-called ‘bedroom DJ’ and arranged a few local concerts in the town where I grew up. Music unites people and I discovered early in life the great influence music has on lifestyle, mood and outlook.

What inspired the NIEC?

In 2007 I started a bachelor degree in entrepreneurship and got invited to a meeting at the Norwegian Ministry of Education about youth & entrepreneurship and innovation. I had hoped for an international outlook and felt slightly disappointed. Norway’s economy has been focused on oil and fishing for many years and we were just starting towards other markets. I travelled a lot when I worked for international companies like edel and EMI and was hoping for Norway to become an inspirational, entrepreneurial player in a much larger geographic. I figured that the best way to promote this was to start my own conference with global speakers and inspirational figures. We launched the conference in 2011 during Oslo Innovation Week without being officially on the program and as a bold newcomer we slightly rocked the establishment.

What is the mission of the NIEC?

How has the NIEC grown in recent years?

I can truly say that in the past 10 years we have managed to build what we call the ‘NIEC family’. It’s inspiring to see the new connections and partnerships that have been made through the conference. People have gone into business together, have been in each other’s podcasts, some became board members of each other’s companies, new friendships have been made. There are many great examples how NIEC has fulfilled its aim. But in a way the conference to this day is still relatively small and intimate, friendly.

What can people expect from the next NIEC?

In entrepreneurship the primary goal is not simply to make profit but to create value. Creating value through purpose answers the “why” for employees, investors, suppliers and customers. When you focus your organizational strategy on purpose, you uncover a range of intrinsic and extrinsic values that ultimately drive performance and success. Now that we are ‘no longer living in times of change but in a change of times’ (A. Bakas), purpose and meaning are more important than ever as the key drivers for successful entrepreneurship. On this 10th anniversary of NIEC conferences, our leading topic is ‘the Power of Purpose’. Internationally awarded speakers will inspire the audience again this year, in a way no other entrepreneur conference can. We look so much forward to the 3rd of November!

What do you think it takes to make it as an entrepreneur?

Willpower is what comes to mind first and a good amount of fearlessness. It sure helps to be able to think creative, to be solution oriented, to not take no for an answer. While my parents are both academics, I like to think I inherited my entrepreneurial spirit from both my grandfathers. They inspired me to pursue my ideas and goals. But to all budding entrepreneurs out there I would say: even if there are no entrepreneurs in your family, just follow and execute your vision or your dream in a single focused manner, don’t be scared to make a detour here and there to check if you are still on the right path. Invest time and effort in building your network. Get an experienced mentor.

What do you wish you could go back and tell your younger self?

I’m a sensitive person and especially so during my younger years. The first thing I would say is: “Have no fear. Everything always works out in the end and if it hasn’t yet… it’s not the end.” I’m always in for the long-haul. I like lasting relationships with people. Like all of us I have experienced this is not always a possibility. So the second thing I would say to my younger self is: “People come into your life for a reason, a season, or a lifetime. It’s all good.” And finally, something my grandfather always used to say to me: “Keep going, never give up.”

How can people connect with you?

People can connect with me on: