Food / Cafes / About Time: You Ate All the French Toast

About Time: You Ate All the French ToastBy Angelica Malin

Life is short. Life is sweet. In the spirit of Pudding Week, here’s 7 ways to eat French Toast in London this weekend: 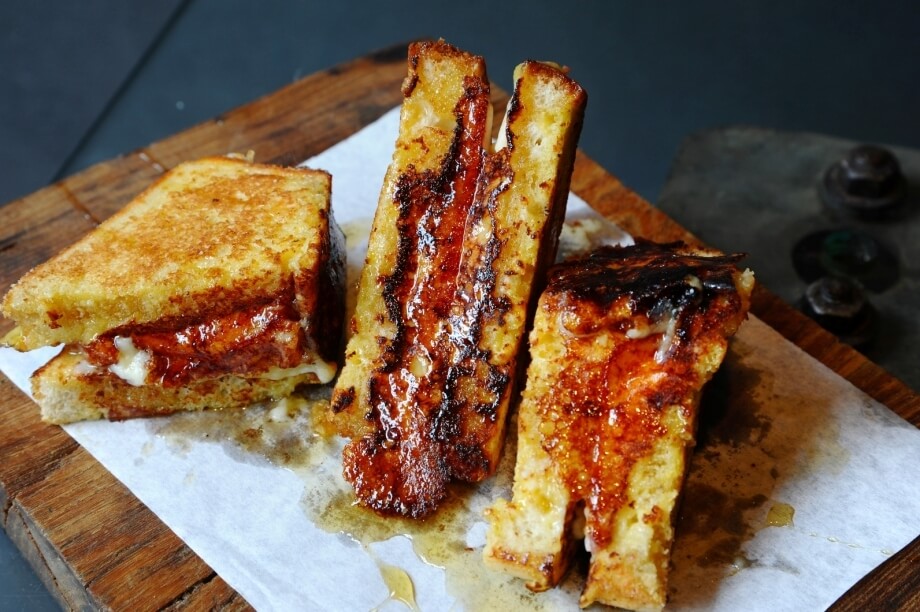 The Vibe: Relaxed, cool spot for sandwiches, coffee and cake, made in-house with ethical ingredients; Foxcroft and Ginger is a great for a catch-up with friends. They’re famous for their ‘Cruffin’ – a combination between a croissant, muffin and doughnuts – so naughty, so nice. 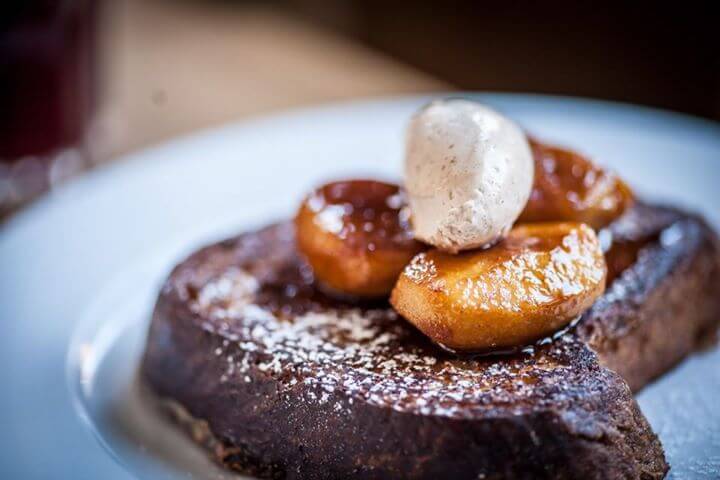 The Vibe: With branches throughout London, you can get your french toast fix quick and easily at Tom’s Kitchen. We love the Chelsea branch; a former pub, turned light-and-airy brasserie, it serves a cracking all-day menu as well as snazzy weekend brunch delights, like crushed avocado on toast and superfood granola. 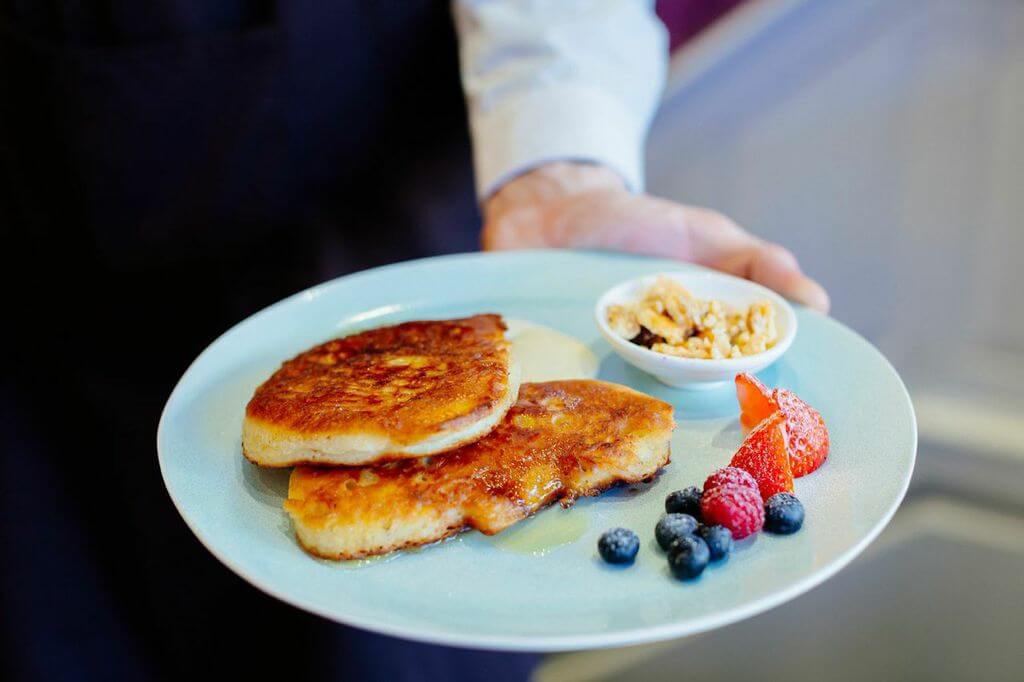 The Vibe: Again, branches all over London – but the Soho one gets super busy, so I love the West London branches. They do incredible gluten-free chocolate granola made with quinoa and made their own coconut yogurt (dairy-free) in store. Don’t leave without a box of their incredible chocolate truffles, and try the honey cake – inspired by the Russian owners’ roots, it’s the creamiest, most delicious cake in town. Grab the breakfast menu at the Brompton Road location to get your French Toast fix. 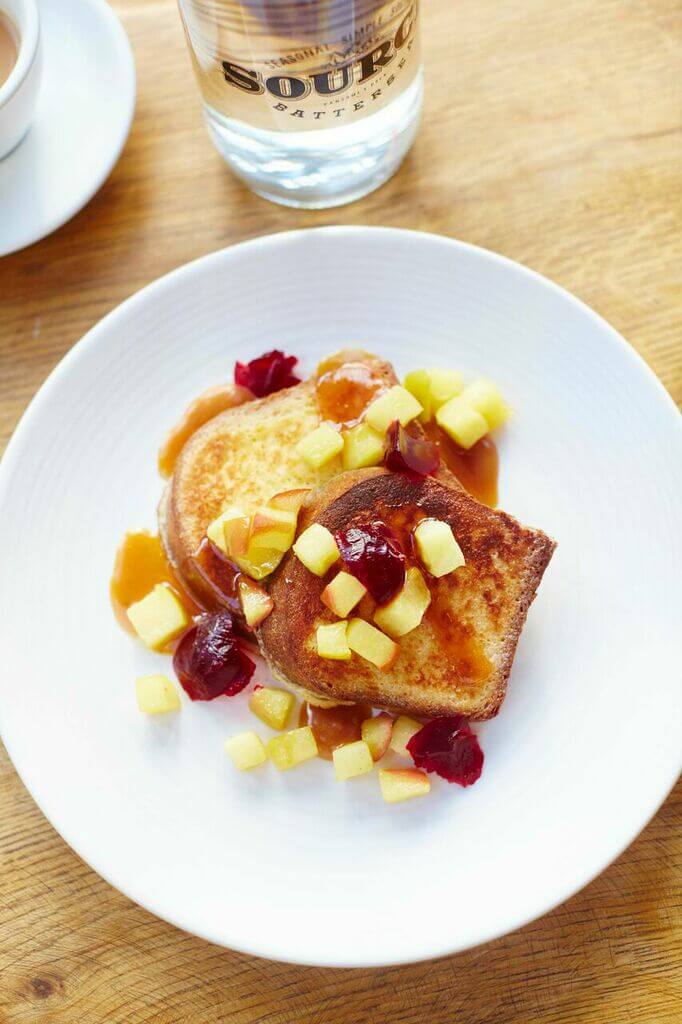 The Vibe: Seasonal, locally sourced British cuisine in a shabby-chic brasserie with a waterside terrace. Rosie Londoner likes it. I like it. Come for the brioche, don’t leave without trying the Pork Hash creation. 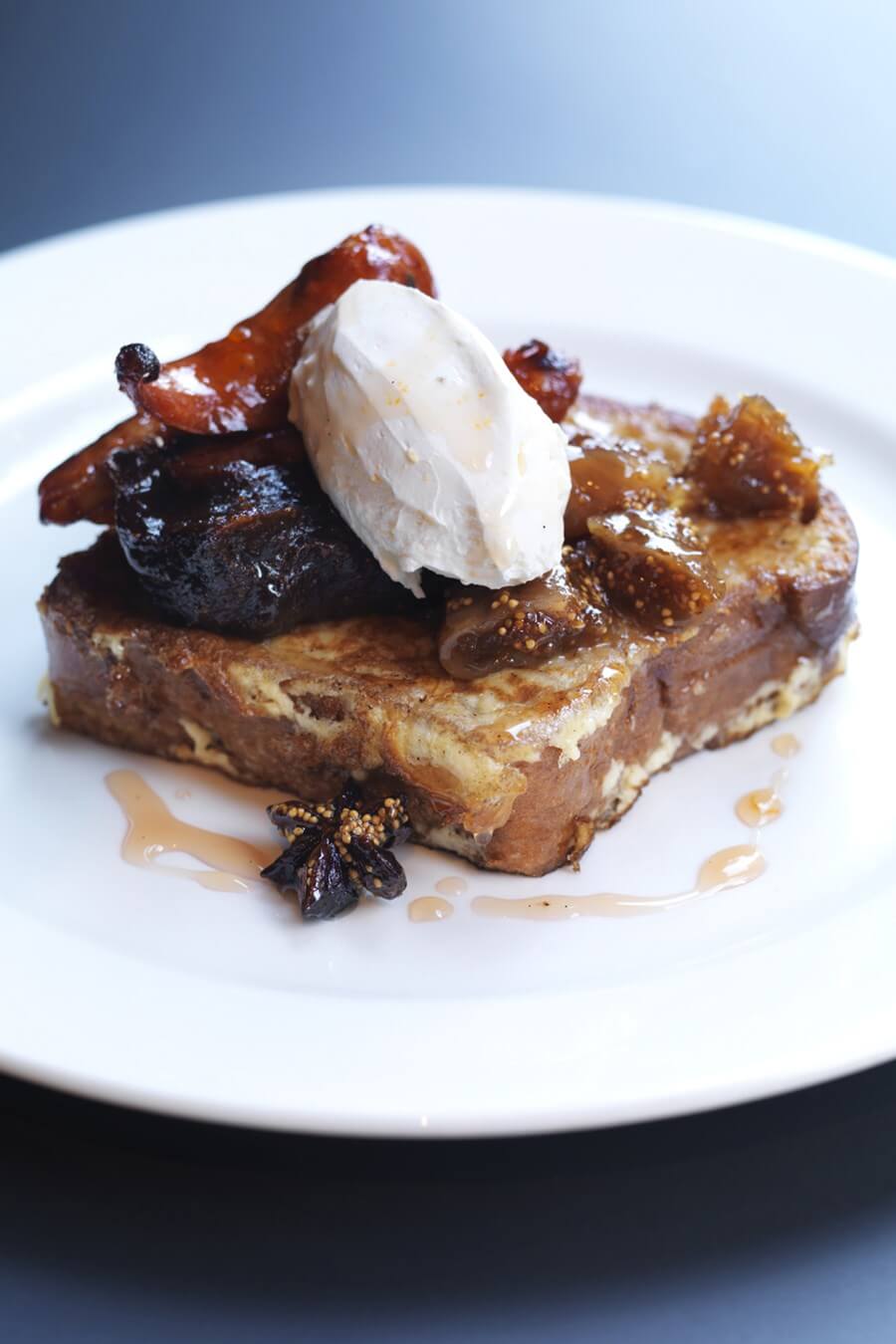 The Vibe: Fantastic all-day cafe for brunch and inventive small plates for lunch and dinner. Quirky food, awesome atmosphere and the best Black Sesame granola you’ll ever bloody taste. Get a Raspberry Yuzu smoothie while you’re there. 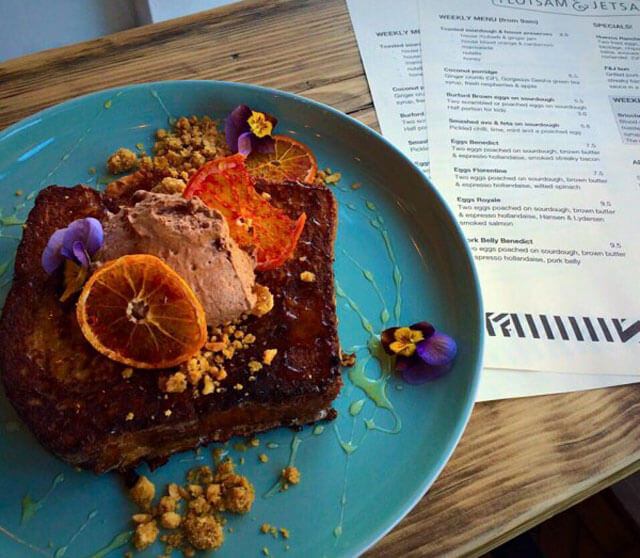 The Vibe: An independent cafe near Wandsworth Common, this has become a local hangout for the trendy weekend brunch crowd. With unusual Eggs Benedict and wacky creations, their menu is really fantastic and has all the locals raving about it. French toast heaven. 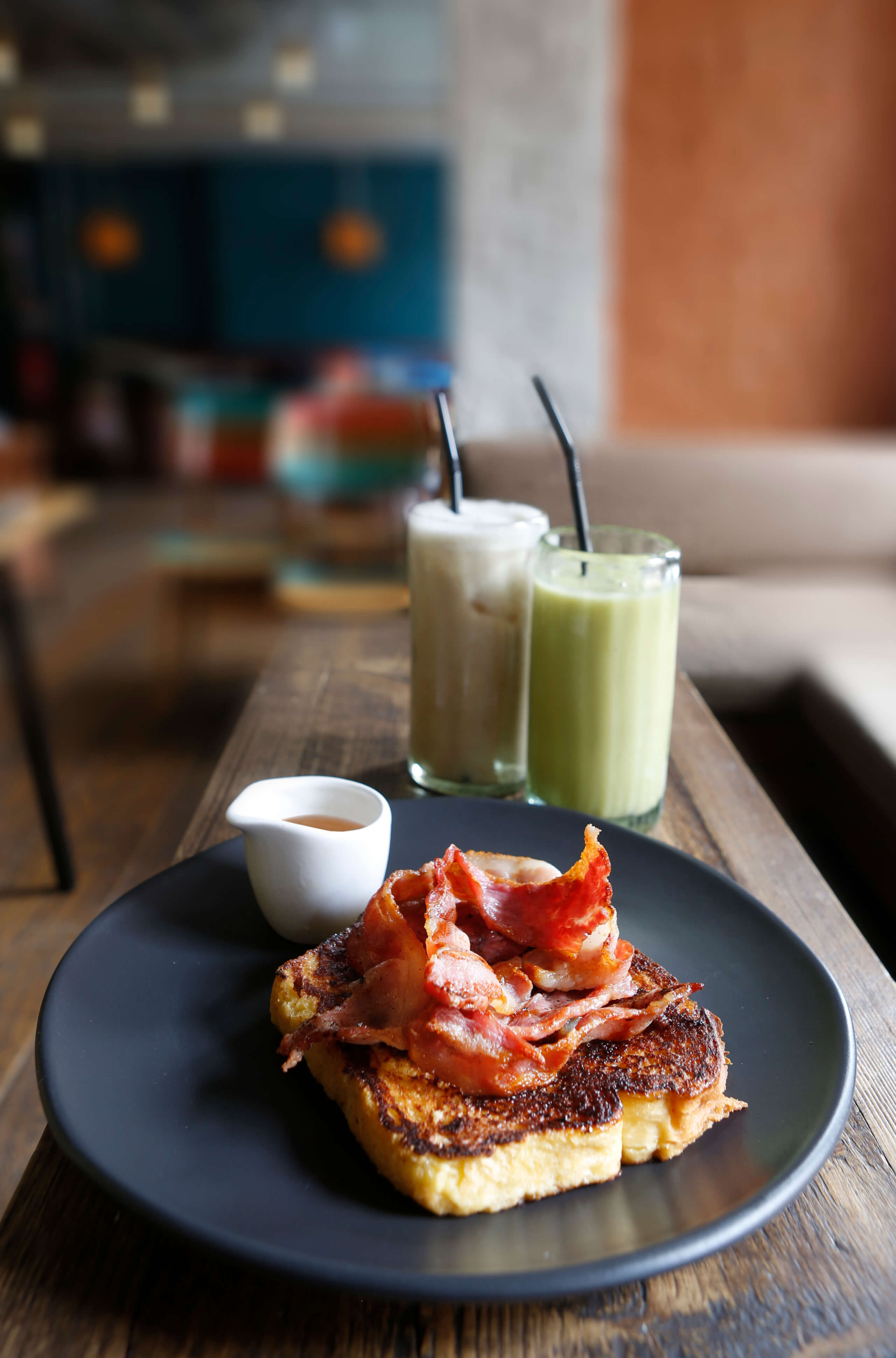 The Toast: French toast with maple agave and streaky bacon (£7.50)

The Vibe: Easy drop in Mexican joint that have locations dotted around London. No nonsense food and decor, makes Wahaca a favourite weekend breakfast spot. Available at their breakfast menu at Oxford Circus, this dish is total heaven with perfectly cooked bacon and sweet, delicious Agave.