There’s a new market in town, and it’s about time we all visited. Hampstead Market is opening its gates on Saturday (10th September), behind the Everyman Cinema on the grounds of Hampstead Parochial School. Sharing the same winning formula as its older sibling Primrose Market, Hampstead will be a market where you can shop at small-batch, artisan producers, and have lunch from a selection of amazing street-food traders at the same time.

To celebrate the best thing to happen in North London since Itsu opened in Camden, we’ve listed the best things you need to buy when visiting. So much choice, so little stomach space:

1. For a Sandwich: Sub Cult 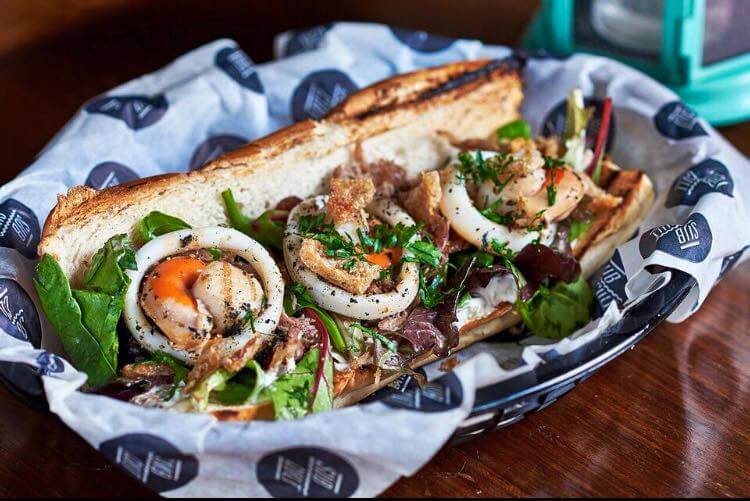 The Lowdown: Ben and Gaz put the soul in your roll and have traded at London’s best known markets, fed stormtroopers during the filming of star wars and have fed hungry faces at Facebook. They’ve combined great American flavours with classic British fare – a winning combo when it comes to creating their fantastic gourmet sub rolls. Their sub rolls are piled high with loads of different fillings. No sad sandwiches here, just freshly made to order sarnies packed full of flavour and quality ingredients.

2. For a Burger Hybrid: Sticky Bandits 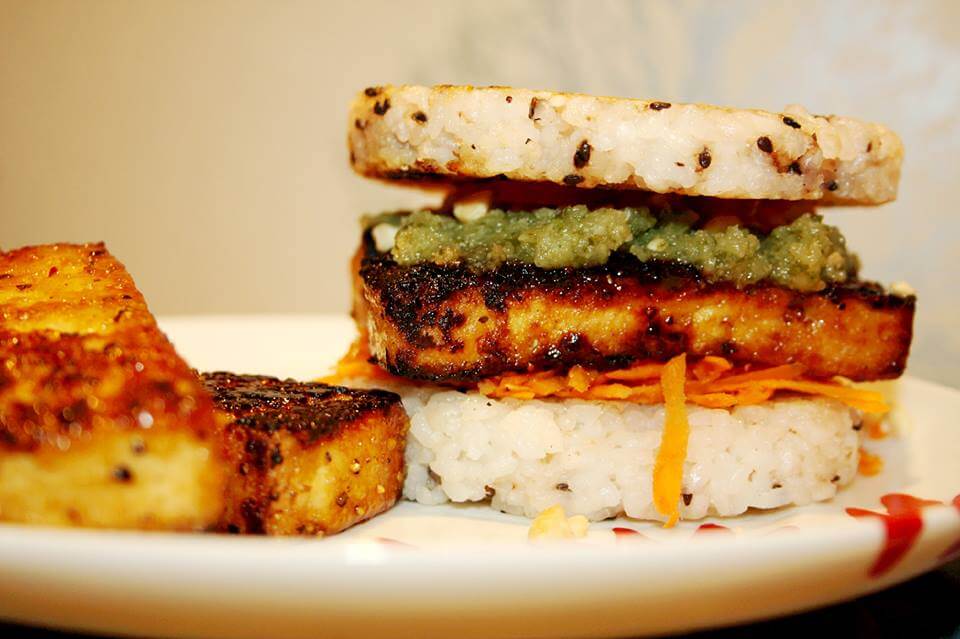 The Lowdown: Sticky Bundits is a family affair, lead by sibling duo Mark and Chris, and Chris’ Husband, Munish. The team’s love of bold flavours and experimenting with cuisine from far-flung destinations made them set up street-food stall, Sticky Bandits. They’ve taken two well loved dishes, sushi and burgers, to create their famed sushi burger. Ditching bread for sticky rice, the chaps’ burgers are bursting with exciting flavours, texture and colour combinations. All of their dishes are gluten and lactose-free, and recently they now serve a range of vegan options, too. 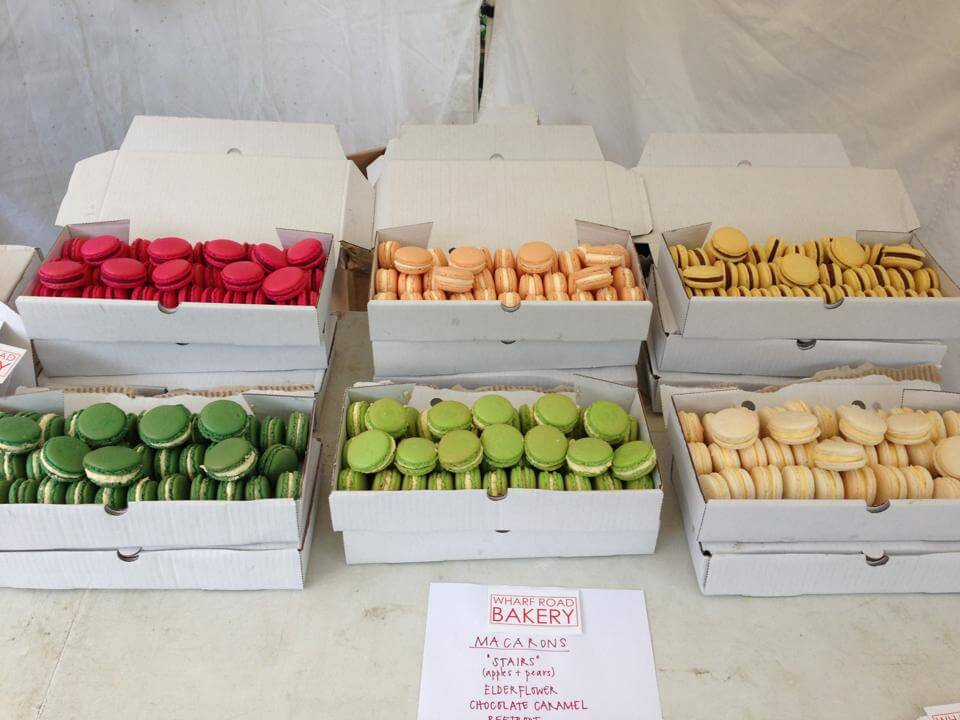 The Lowdown: Giselle Richardson is behind Wharf Road Bakery, a company that whip up British-inspired macarons from their kitchen in Central London. All their flavours are made with seasonal British ingredients, or inspired by British food traditions. Their summer macaron, which featured elderflower cordial were made by elderflowers picked  from Regents Park. Their menu changes from seasons to seasons – in summer expect berries and rhubarb, and in the Autumn months, nibble on pumpkin flavoured treats.

Gimme More: From time to time, they make their cucumber sandwich macaron inspired by the British love for afternoon tea. It’s really good, by the way. 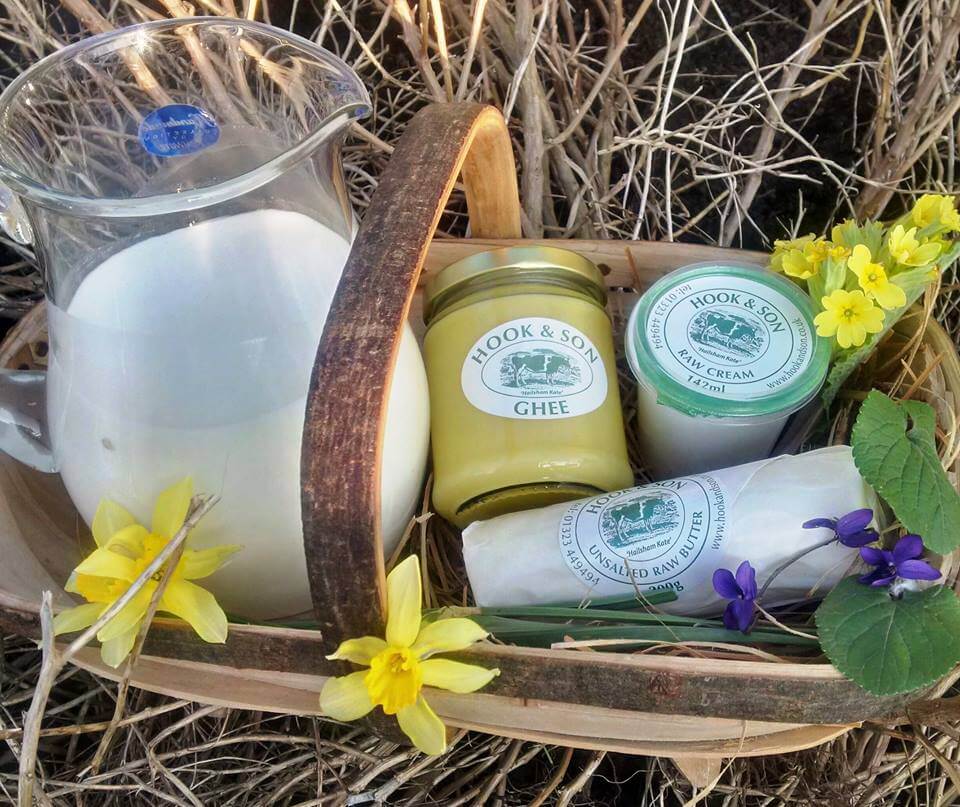 The Lowdown: Father and Son team, Phil and Stuart are the guys in charge of Hook & Son. Farming has been in the family blood for over 250 years, with the milk produced from happy cows on their farm in Hailsham. Hook & Son’s milk is raw, meaning it hasn’t been pasteurised or homogenised, and nothing has been added or taken away. Their milk is fresh, as nature intended and direct from the farm. Stick it in your cup of tea, wack it in a milkshake or pour on cereal. And their raw cream does wonders when you serve it alongside a sticky toffee pudding. 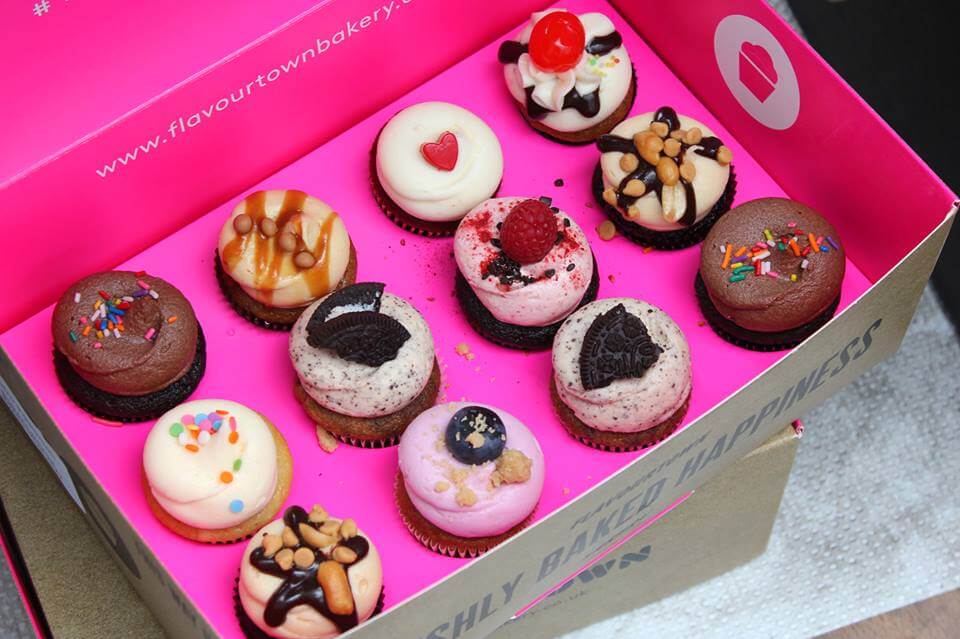 Order: Every single cake (or the red velvet)

The Lowdown: Flavourtown Bakery are all about one thing: cupcakes. We can honestly say, they’re worth every penny. The cupcakes aren’t just your average chocolate and vanilla, (although they are also available), there’s the snickers champ, carrot cupcake and Nutella vs Oreo cake. All of their cakes are made with free-range eggs, and their  caramel sauces, compotes and curds are handmade in the bakery in small batches with all natural ingredients. If you’re feeling full from a day spent at Hampstead Market, take one home with you. It’s a right that these cupcakes are eaten with a good cuppa.

Gimme More: There’s so much choice, but if you’re up for something that’s not chocolate, try the cardamon and pistachio cupcake.