There was a time that vegan snacks meant rice cakes with hummus on, a piece of fruit or a soya yogurt. We’re here to tell you that those days are long-gone: vegan snacks are more exciting, creative and delicious than ever. In the spirit of plant-power, we’ve taste-tasted the entirety of the vegan food market and are pleased to announce our top 10 vegan snacks in the UK right now. Go forth and shop, earth-loving friends: 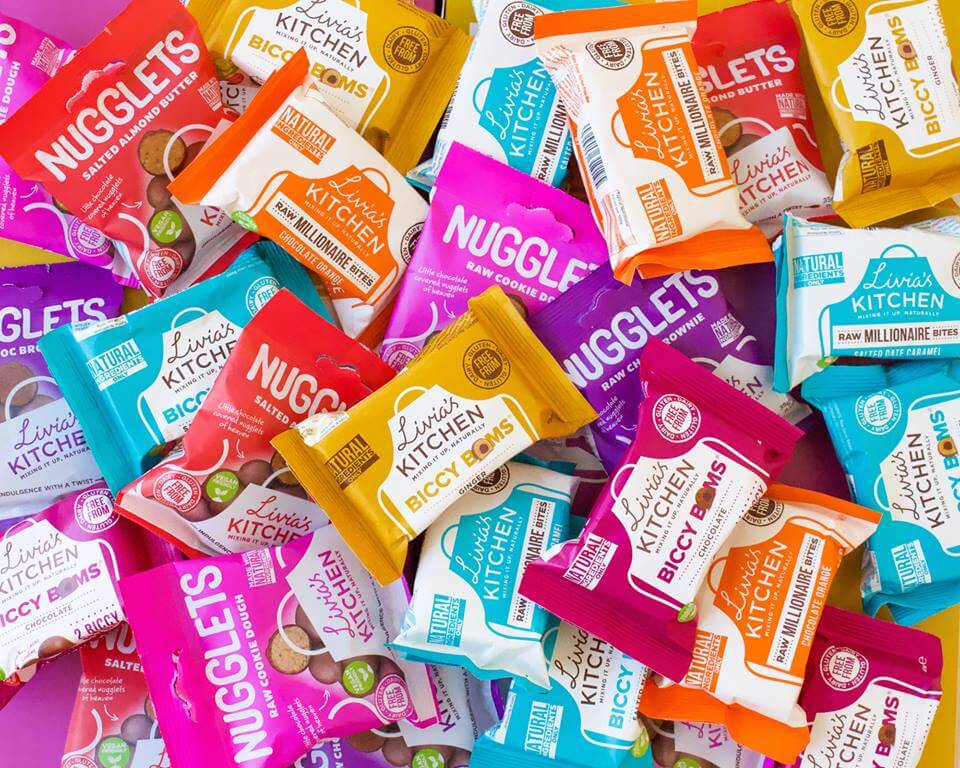 We Say: Livia’s Kitchen have expanded their range and now offer three snacks: Biccy Boms (similar to the nostalgic tea cake, with biscuit instead of marshmallow), Nugglets (balls of raw cookie dough), and the Raw Millionaire Bites (a vegan, gluten-free take on the much loved millionaire shortbread). Pals, we’re in love with the millionaire bites: a shortbread-like base is topped with a sticky date paste and a thin layer of dark chocolate. It’s everything you could want from an afternoon snack. Tip: give ’em a little dunk in your tea and let that chocolate melt.

2. For a Savoury Snack: Rude Health 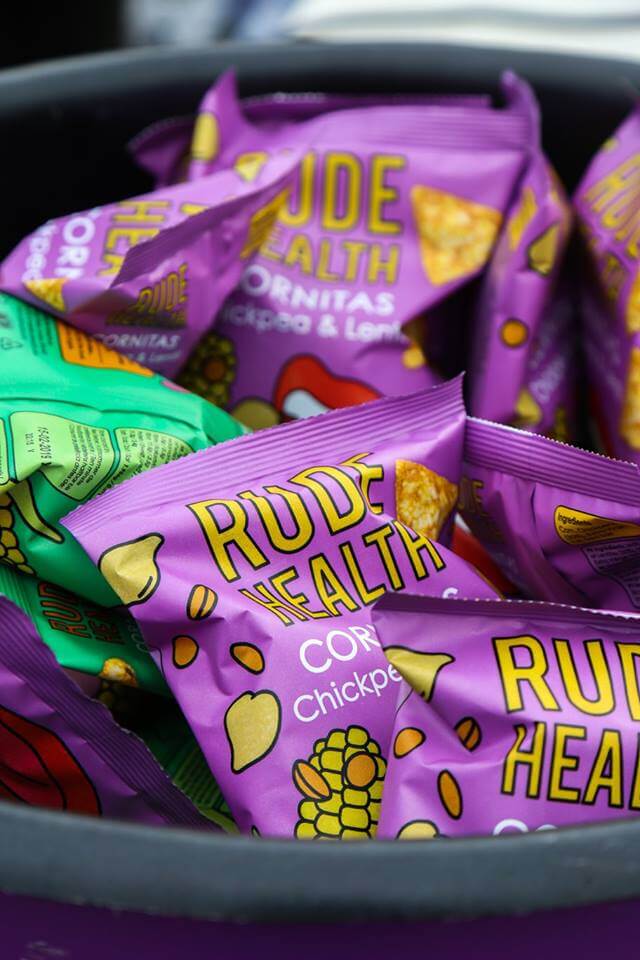 We Say: Rude Health nail the vegan snacking game. These guys are kings of the nut milks, dons of the nutty bars and connoisseurs of breakfast goods. Say hola to their new product, cornitas (available in two flavours). Cornitas are multi-skilled little triangles; they can hold their body weight in canapés, survive vigorous dipping without losing shape or be the base for your wildest nacho dream. Try piling them high with chilli, ceviche, chutney and other things that don’t begin with c. Or enjoy them straight from the bag.

Where: Ocado, Wholefoods, Planet Organic and the Rude Health website 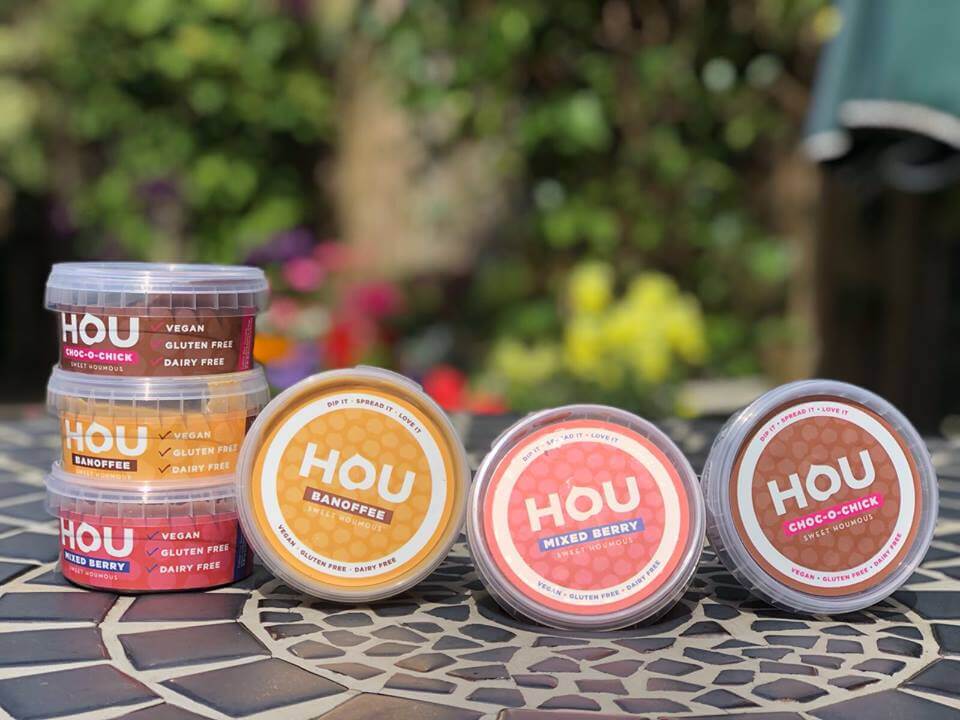 We Say: At first we were afraid, we were petrified, kept thinking we could never like sweet hummus, and then we tried HOU, and we realised, actually, sweet hummus is bangin’. We’re going to be honest here, it took us a few mouthfuls to discover the power of sweetened chickpeas, but after slathering the Choc-O-Chick hummus across toasted sourdough topped with banana slices, we were hooked. And you should believe the hype: sweet hummus is here to stay, people.

Where: Budgens, or buy online 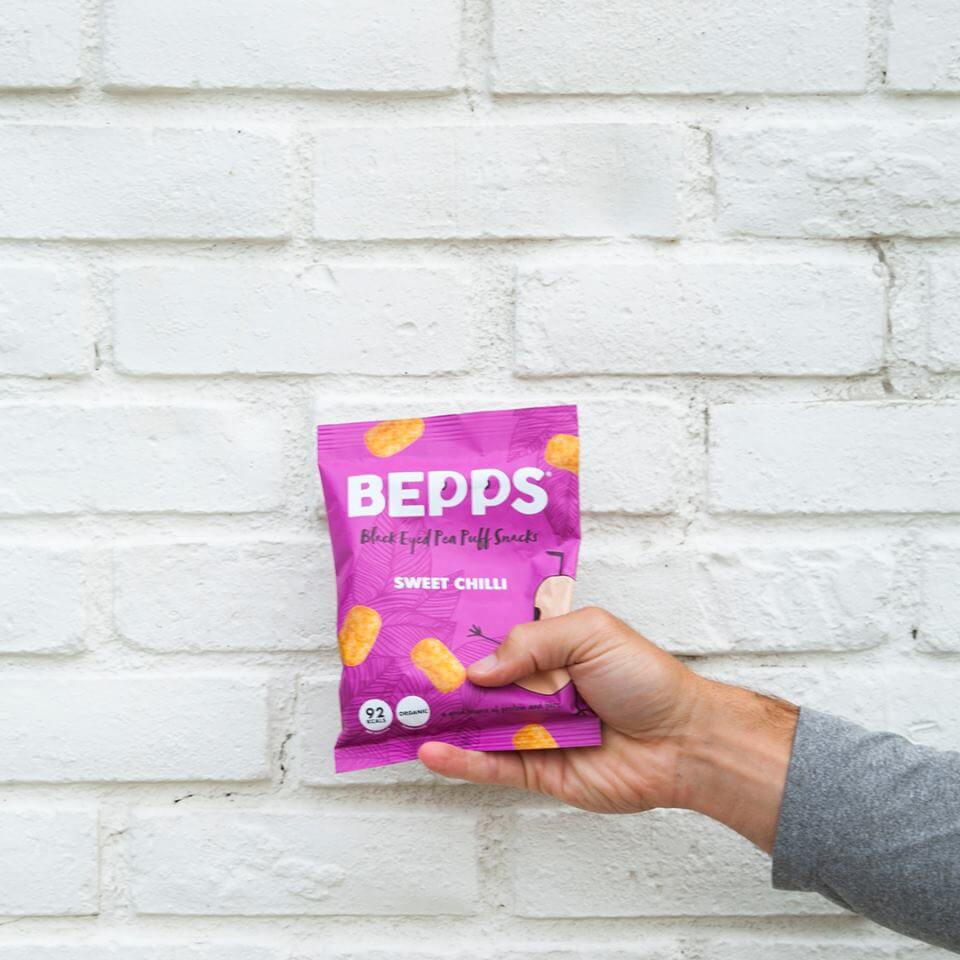 We Say: Bepps are relatively new to the vegan snacking scene, but their snacks have already been lauded by just about everyone who’ve tried their flavoured bite-sized puffs. A fancy Wotsit (without the colourings and turning the end of your fingertips orange after demolishing a pack), Bepps are versatile things: throw them in salads, pop them on toast, or nibble them just as they are. One of our favourite vegan snacks right now – there’s three flavour in the range, but a special shout out to the sweet chilli flavour, a sweeter snack with a fiery kick. 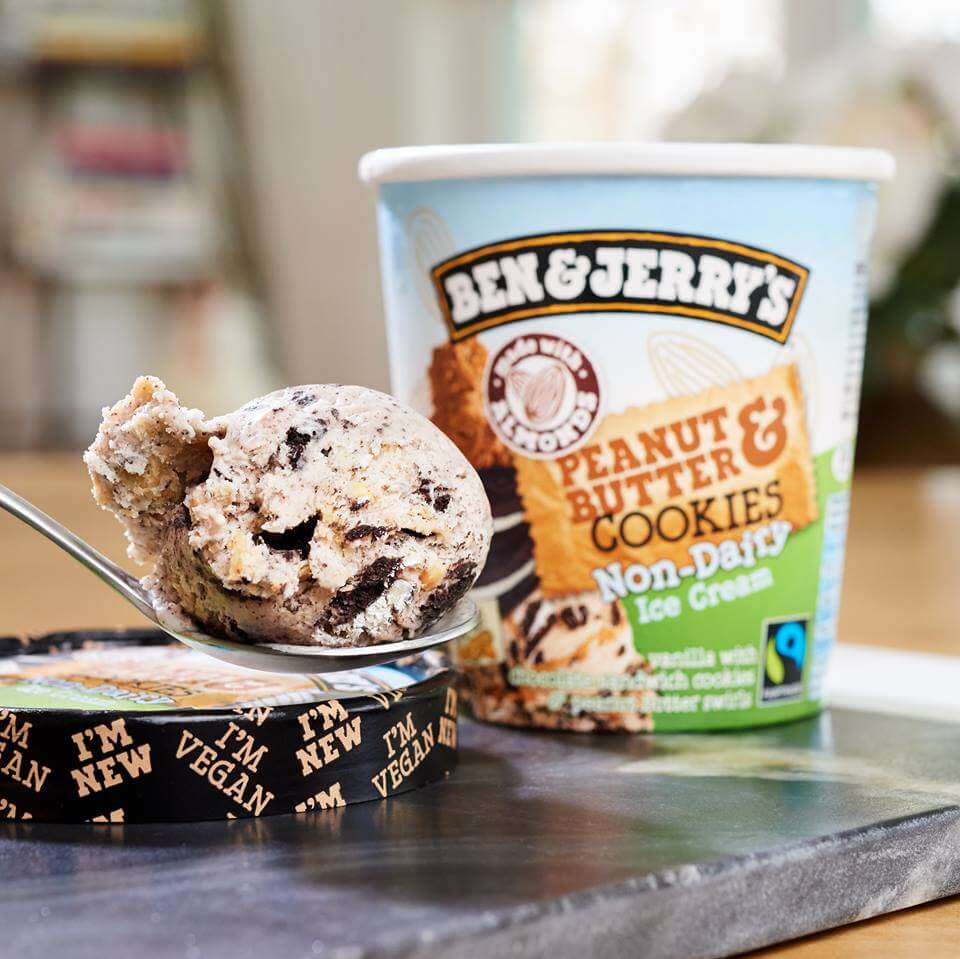 We Say: If you haven’t discovered Ben and Jerry’s vegan range, get on it. One of the best vegan snacks around right now. Yes, the dairy-free tubs are slightly more expensive than their classic dairy flavours, but the splurge is oh-so worth it. You really can’t go wrong with this flavour that delivers it all; from the crunchy peanut butter swirl to the yummy chocolatey sandwich cookies, this ice cream is simply divine. Enjoy it the proper way: spooned straight from the tub.

Where: Waitrose, Ocado and Morrisons 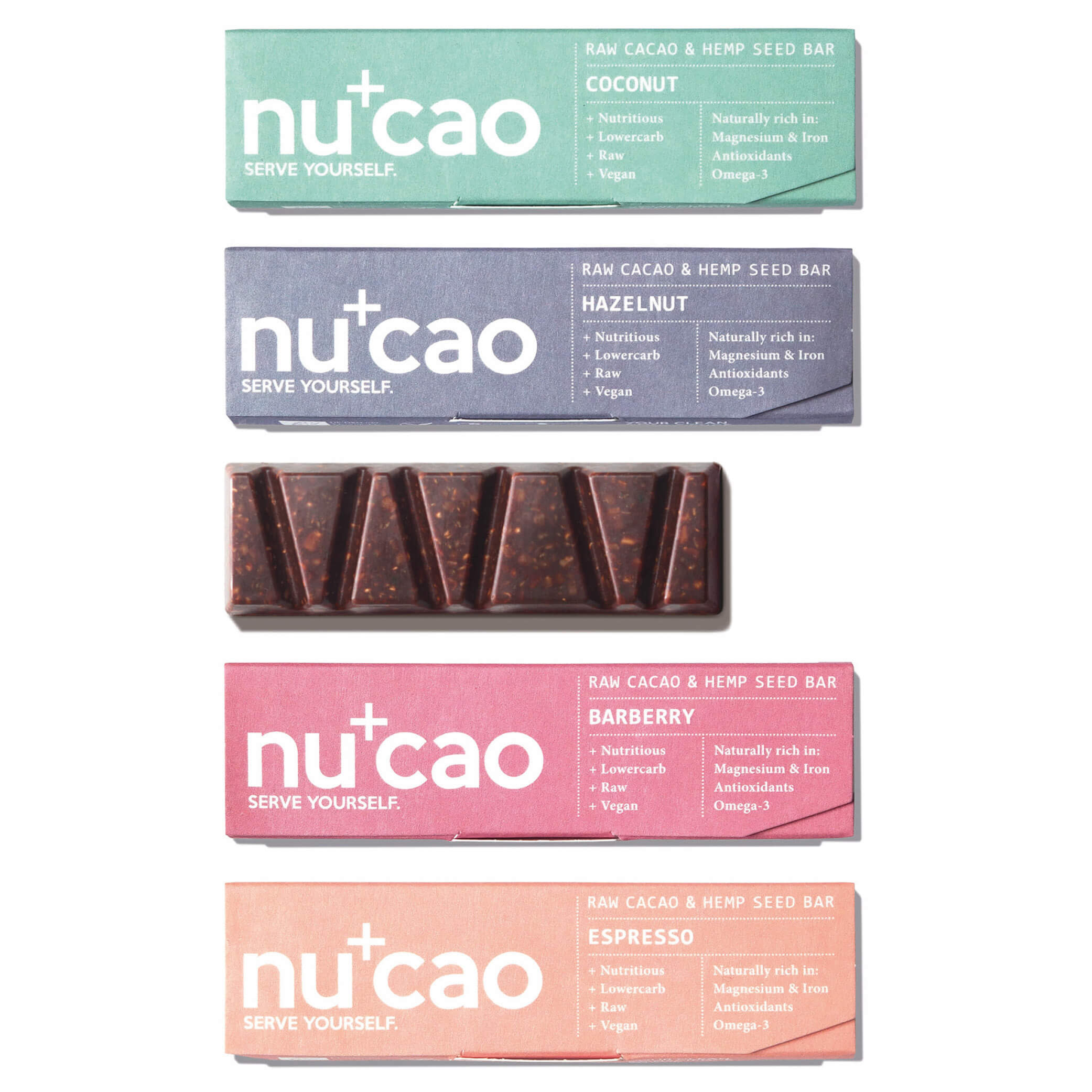 We Say: Sustainable, organic, but overall, delicious, nu+cao is a fancy choc bar made from lovely, natural ingredients. They’re big into giving back, not only is the packaging fully compostable, but the team plant one tree for every bar that is purchased. If you’re not familiar with nu+cao, give their coconut flavour a whirl, it’s nutty, rich, and yet, it’s healthy. But you wouldn’t know it. 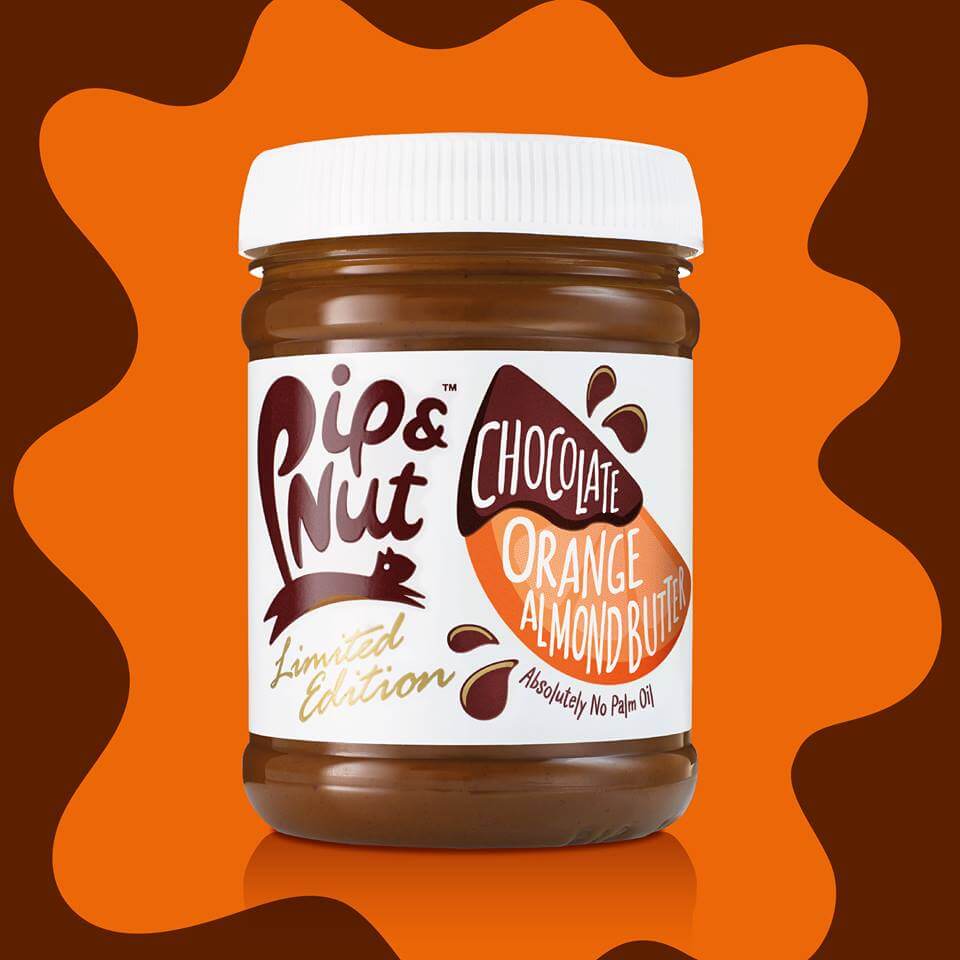 We Say: This tastes like a Terry’s Chocolate Orange in nut butter form, and good grief, it’s become our snacking saviour. We can’t say a bad word about the Pip & Nut range, because their nut butters are some of the best on the high street. Maple peanut butter? Yes. Coconut almond butter? Incredible. Crunchy peanut butter? You can’t beat a classic. But this, the limited edition chocolate orange almond butter is the class A of the nut butter world, and we don’t care who knows. 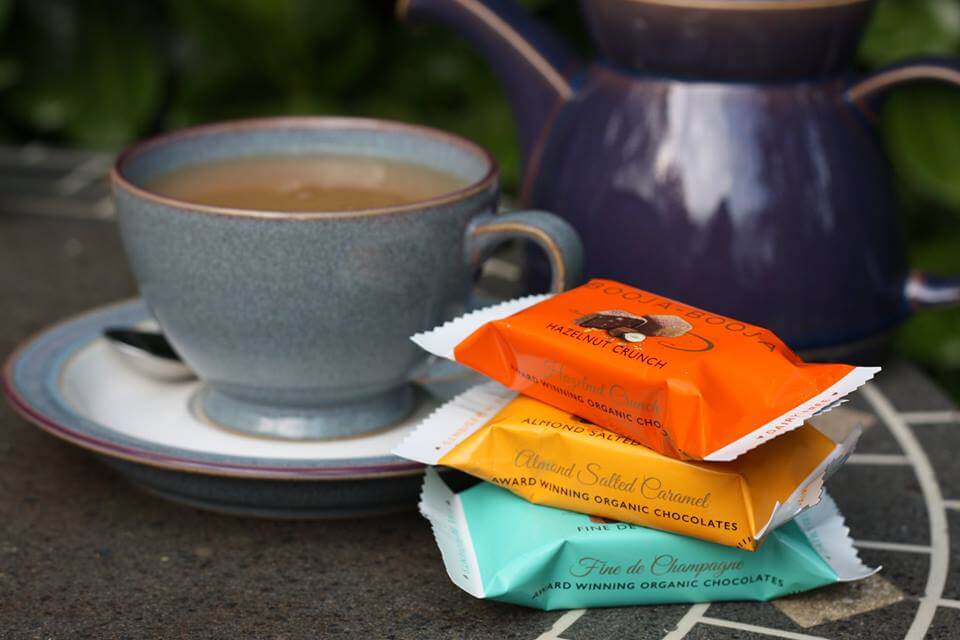 We Say: Booja Booja’s halzenut truffles have won a cool 19 awards. And it goes to show that you can omit all the classic dairy-based baking ingredients and you can still end up with a stand out product (did we mention the 19 awards?). These bites of rich, decadent chocolate heaven are just what your afternoon needs; break the crisp chocolate shell, and the inside is a gloriously nutty surprise. The truffles may be free from gluten, dairy and soya, but they ain’t free from flavour.

Where: Waitrose, Sainbury’s and Holland and Barrett 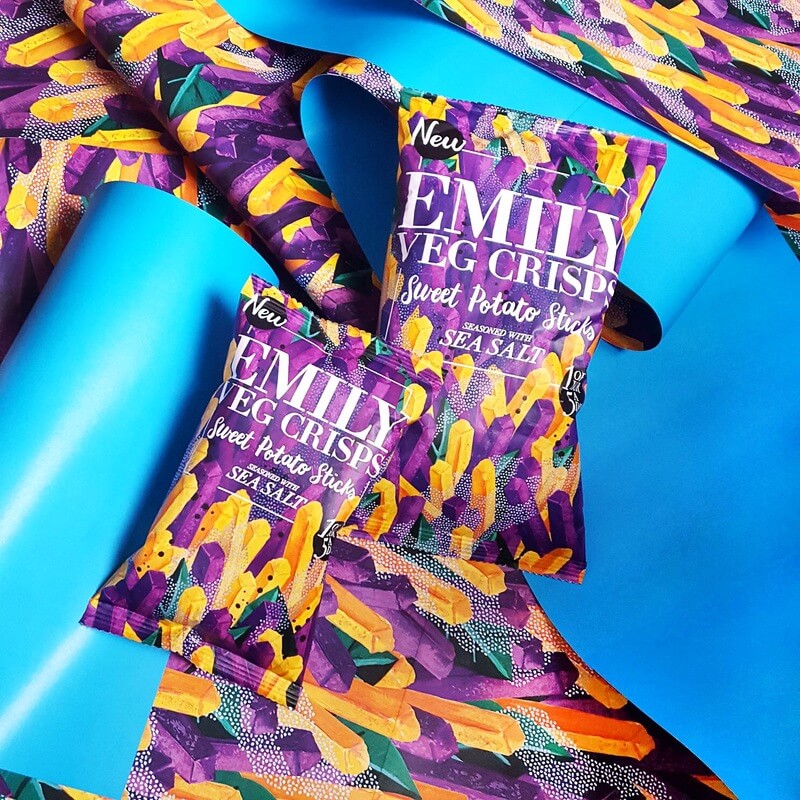 We Say: Remember Nik Naks? Yeah, they were a top crisp. Anyway, we’ve diverted our love of Nik Naks, to a new vegan friendly crisp – Emily Crisps’ sweet potato sticks. It was high time that sweet potato was turned into a decent crisp (sorry Kettle Crisps, yours just don’t cut it), and these are sensational. Seasoned with a touch of salt. Simple, classic, and each serving count as 1 of your 5 a day. Win.

10. For a Nutty Chocolate Bar: Ombar 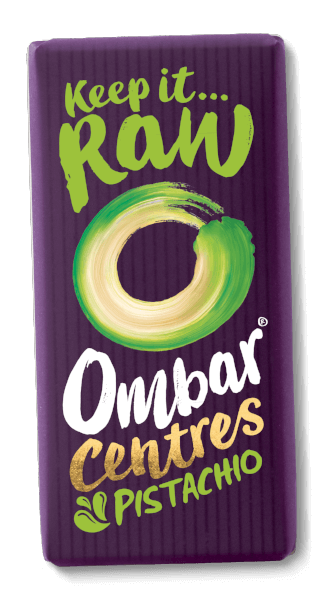 We Say: Ombar create some of the smoothest vegan chocolate in the business. Side note: their lil chocolate buttons are incredibly moreish. They’ve just launched a new member of their indulgent Centres range, Ombar Centres Pistachio chocolate bar which has has a creamy, nutty-flavoured truffle centre wrapped in 60% dark chocolate. Pistachio chocolate is underrated and vegan snacks don’t come much better than this.