Food / Features / About Time: You Went on a Meaty, Boozy Blowout in London

About Time: You Went on a Meaty, Boozy Blowout in LondonBy Lauren Bravo

Is your January neither dry nor vegan? Congrats! While everyone else is being abstemious, take advantage of the empty tables and fill your boots at one of the capital’s most indulgent eateries.

Here are the best places to fall off the wagon in style. Warning: may contain everything. 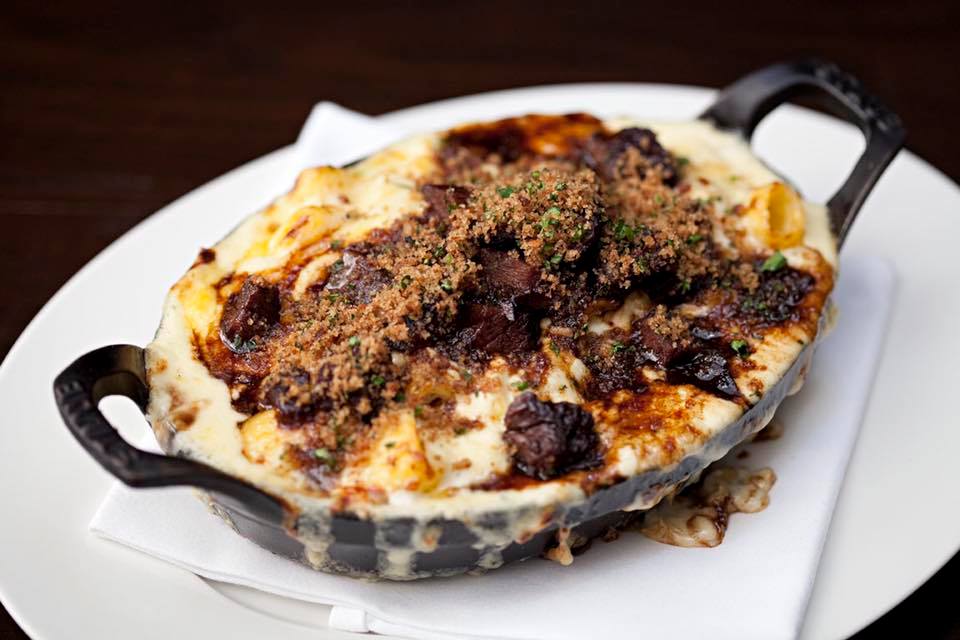 There’s nothing like a visit to Jason Atherton’s cavernous Fitzrovia dining room to remind you that greed and glamour don’t have to be mutually exclusive. Portions here are as lavish as the decor, with traditional comfort food the order of the day. Nothing says ‘treat yo’self’ like a place where mac and cheese topped with red wine-braised beef blade or potato boulangère with a hunk of silky braised lamb are classed as ‘side dishes’. Pre-book the Uber now, you won’t be walking anywhere. 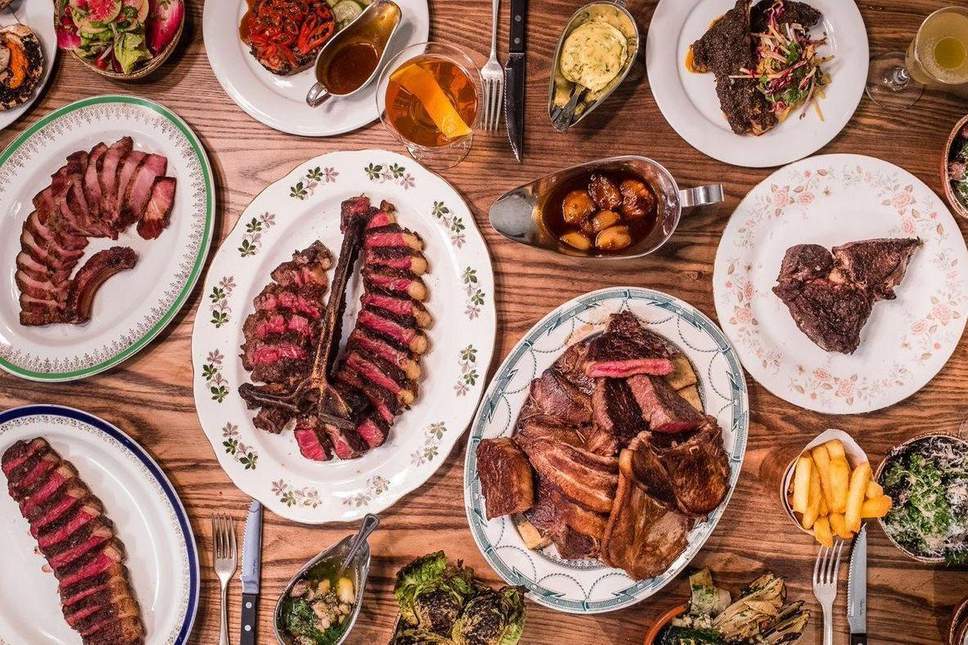 Winner of ‘plate most likely to induce whimpering noises’, Blacklock’s Sunday roast is an infamous, carnivorous (almost religious?) experience. Like something Henry VIII might have snacked on between wives. You could choose between 55-day aged beef rump, Cornish lamb leg and Middlewhite pork loin, or you could do the sensible thing and buddy up for a piled-high platter of all three. You’ll find outposts in Soho and the City, but we’d recommend the Shoreditch branch for its cocktail bar run by New Yorkers Slowly Shirley. A slice of the Big Apple with your meat feast? Even better. 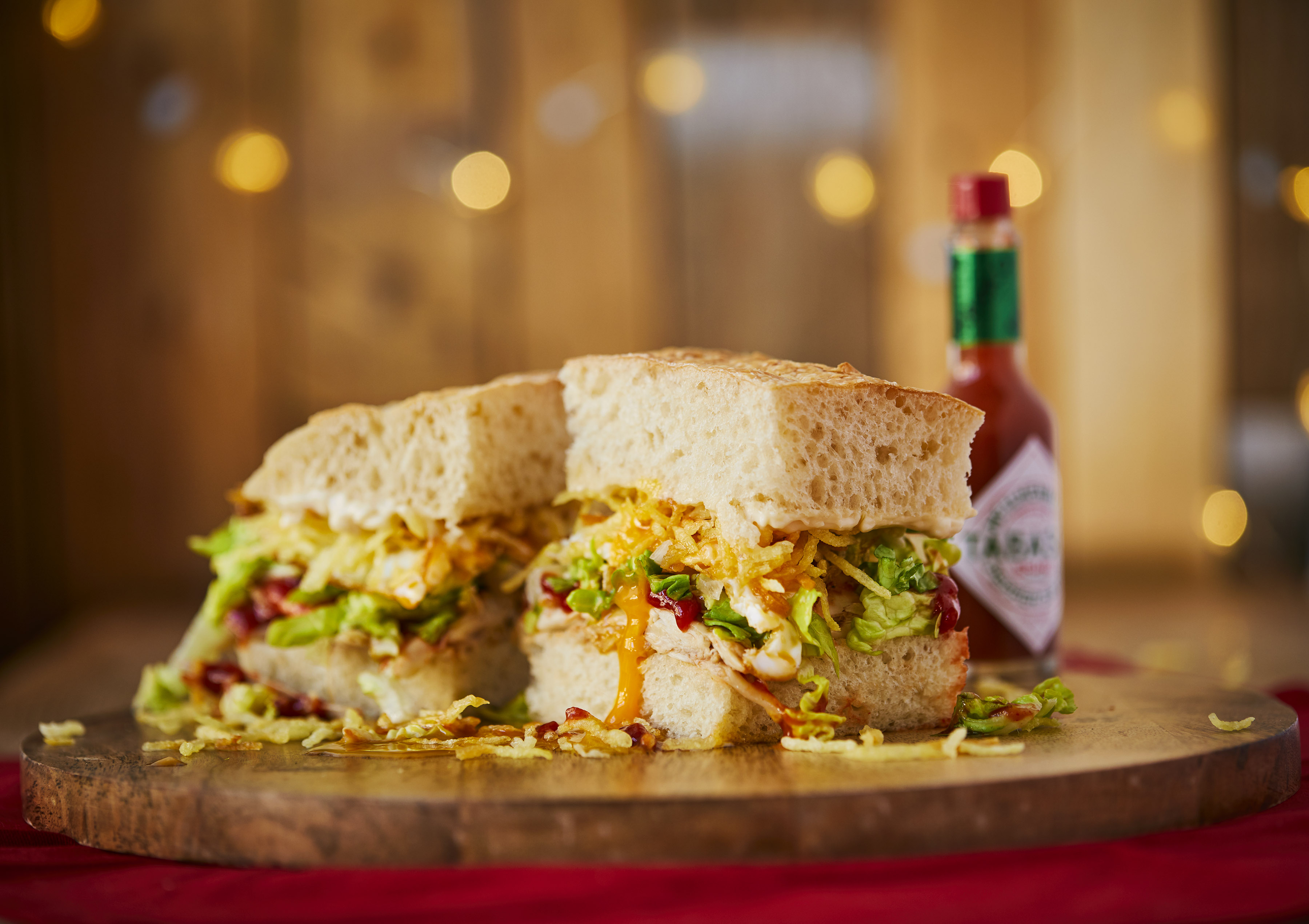 Anything can happen at Max’s, but one thing is certain: every modicum of self-restraint you might have had will have disappeared within a minute of setting foot through the door. The premise is simple – huge, hot sarnies and punchy drinks to wash them down – and the setting is humble – handwritten menus, greaseproof paper instead of plates, and kitchen roll to mop up the mess. But the magic is in the detail. Get your chops around the signature Ham, Egg ‘n’ Chips, a conceptual masterpiece of slow-cooked ham hock and fried egg, thatched with crispy shoestring fries and laced with piccalilli. If that doesn’t blot out the memory of your new year’s resolve, a few Negroni shots ought to do it. 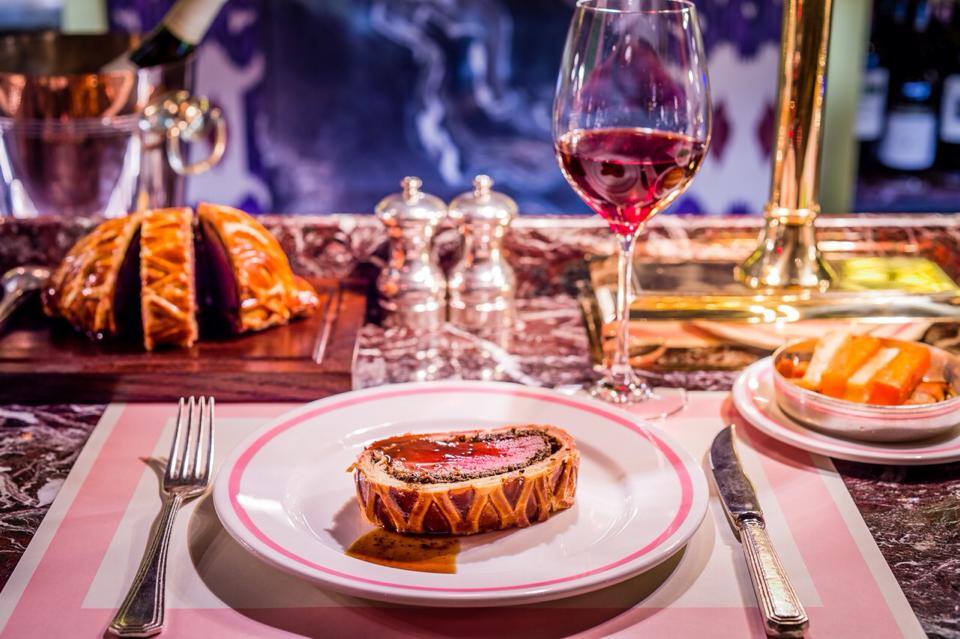 To leave Bob Bob (so good they named him twice) out of a round-up of extravagant, booze-fuelled restaurants would be like leaving F Scott Fitzgerald out of a round-up of extravagant, booze-fuelled writers. The Soho pleasure den is Insta-famous for the ‘Press for champagne’ buttons, but the decadence extends in every direction; from caviar-laden steak tartare and truffle-soused dumplings to the Gatsbyish decor and ‘elegant, ties are not required’ dress code. Loosen your collar, your belt – and your wallet. We’re here for a good time, not a cheap one. 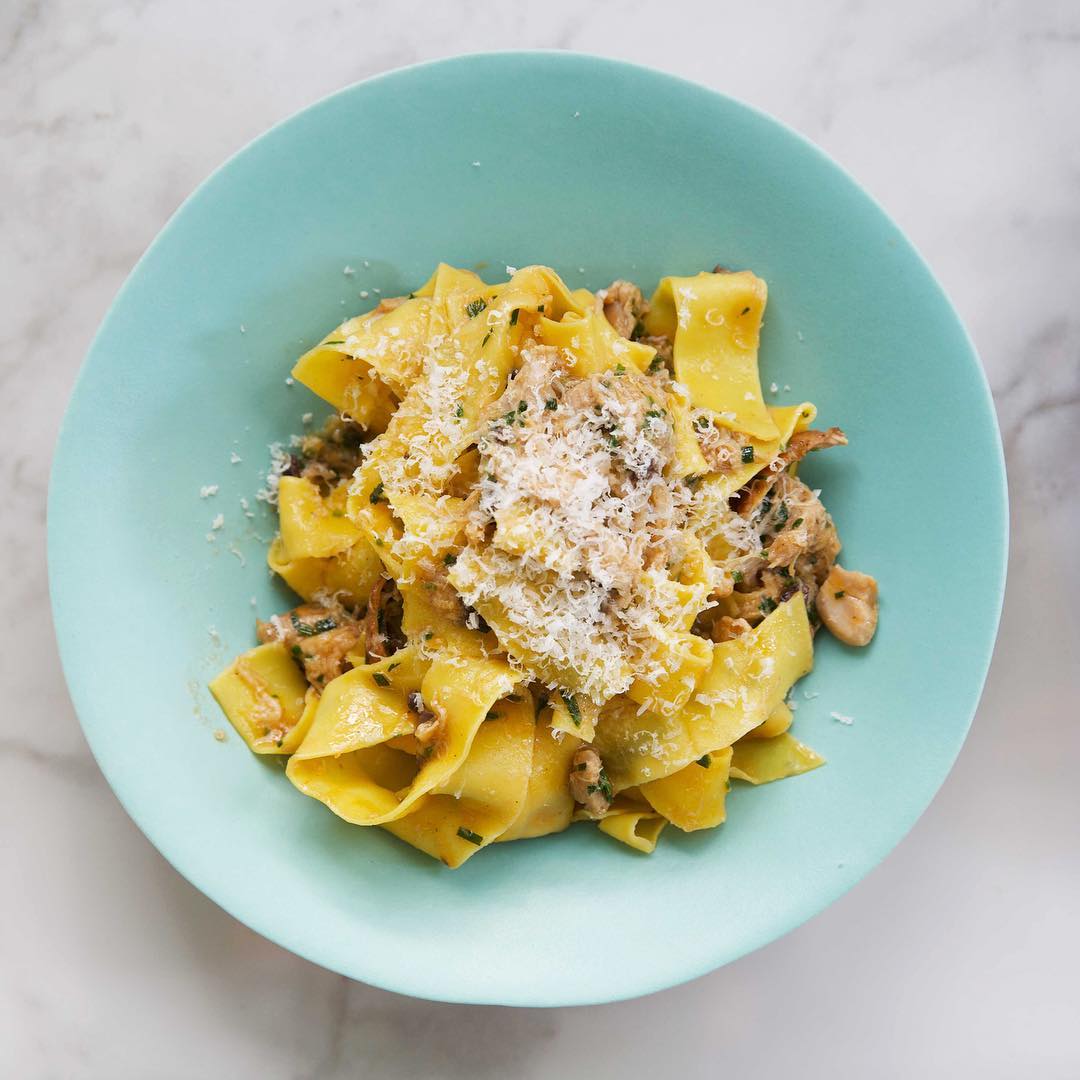 After 75 years as a Soho stalwart, the Italian deli opened a restaurant last year and had Londoners instantly smitten. Beneath the cheery, green and white awning is everything you could want from a neighbourhood pasta joint – strong negronis, slow-cooked veal, ravioli swimming in sage butter. The most obnoxiously un-vegan dish on the menu has to be ‘Nduja con Ricotta, a heap of fiery Calabrian sausage, snowy buffalo ricotta and bread as a means to ferry it to your mouth. There’s more ricotta for afters, in cannoli form. And of course, every cheese fiend’s fave: cacio e pepe. Name a more iconic duo, we’ll wait.

6. Best for Spuds U Love: Bellanger 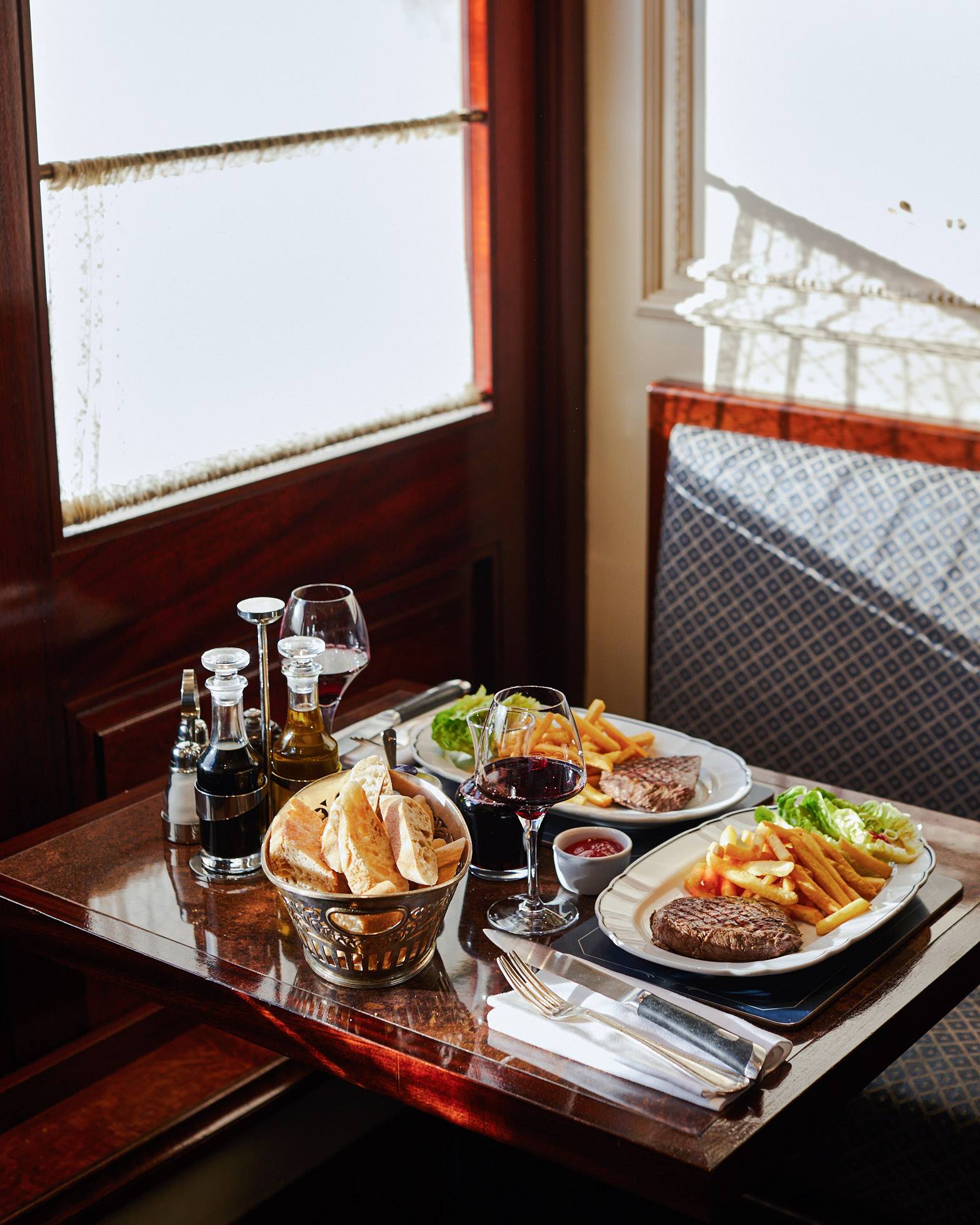 If you don’t already know about pommes aligot from Instagram, where have you been? The very definition of a mash-up, this bewitching (and photogenic) mix of molten cheese and whipped potato is a signature dish in the Midi-Pyrénées – but you only need to travel as far as Angel, where it’s a star attraction at Bellanger alongside Alsacienne bistro specialities like coq au Riesling, veal schnitzel and sausage-topped tartes flambées. With a wine list this extensive and banquettes this comfy, it’s the perfect place to hide until Brexit blows over. 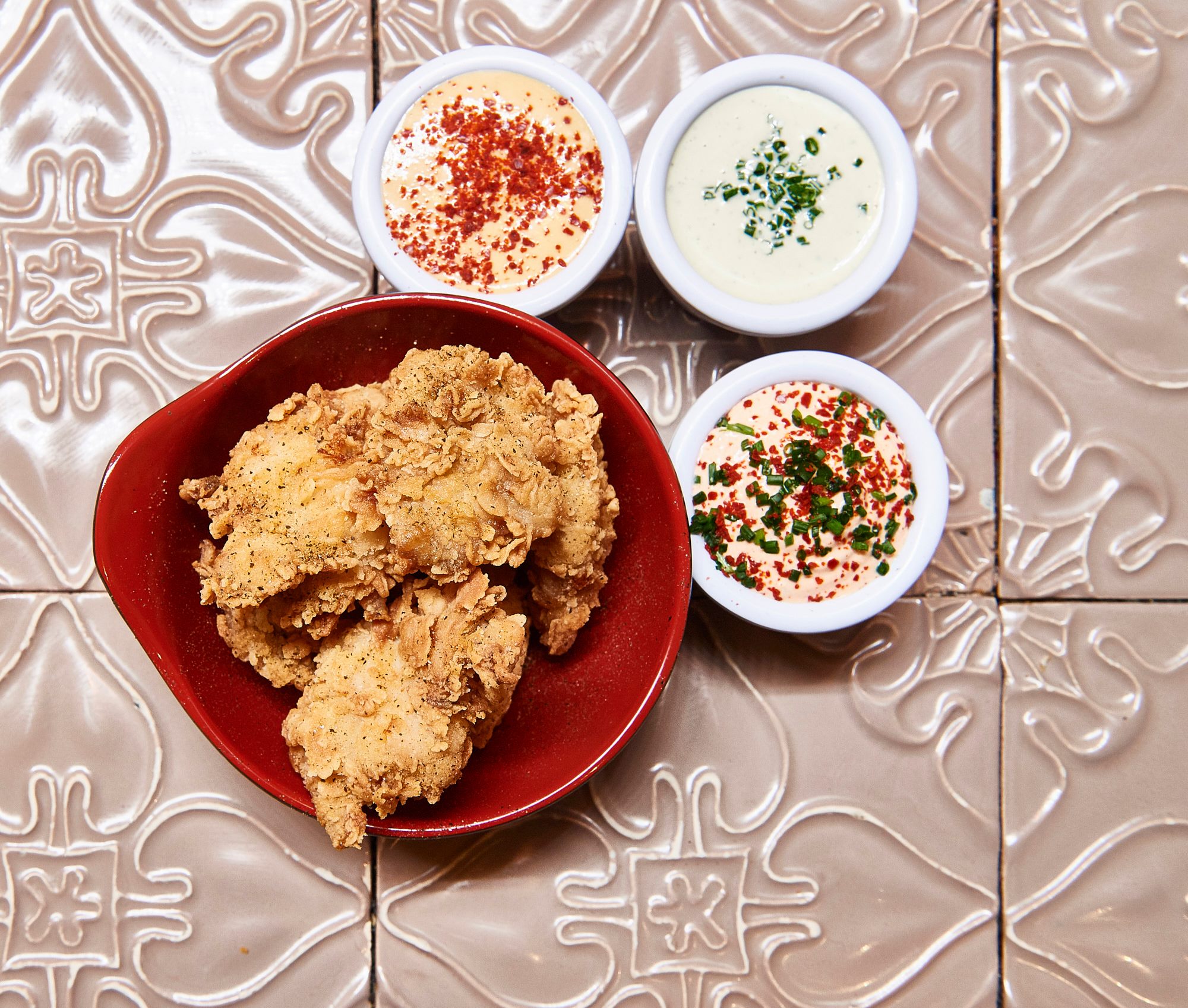 Meat ‘n’ booze? The clue’s in the name. These days Dalston’s best chicken has migrated to Covent Garden and Islington too, with each branch of Chick ‘n’ Sours a temple to crisp batter, juicy thighs, hot hot sauce and cocktails to make your eyes water. Be sure to load up on Szechuan aubergine (legendary) and the watermelon pickles, for an extra piquant pop of flavour.

8. Best for Warming your Cockles: Brigadiers 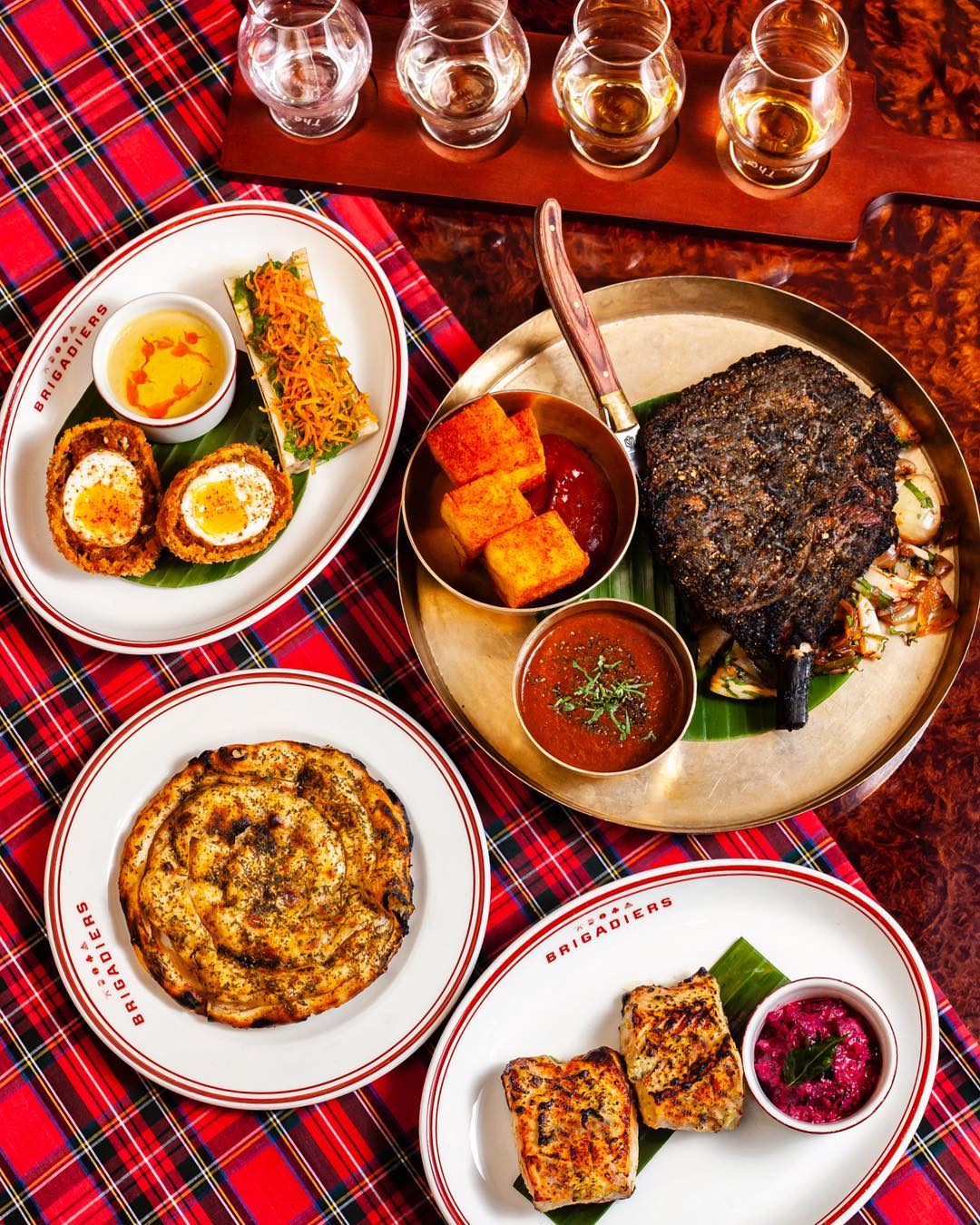 Curry and beer have been best pals for years, but it’s time to try a new pairing. At Brigadiers, whisky is the star of the show; the slick City tavern even boasts its own whisky vending machine, to allow diners to sup their way down a list of single malts in small servings until they hit on their perfect match (or the coat stand). Paired with any or all of the blackened, spice-crusted, butter-dripping offerings on the Anglo-Indian barbecue menu, it could be a whole new kind of Burns Night. 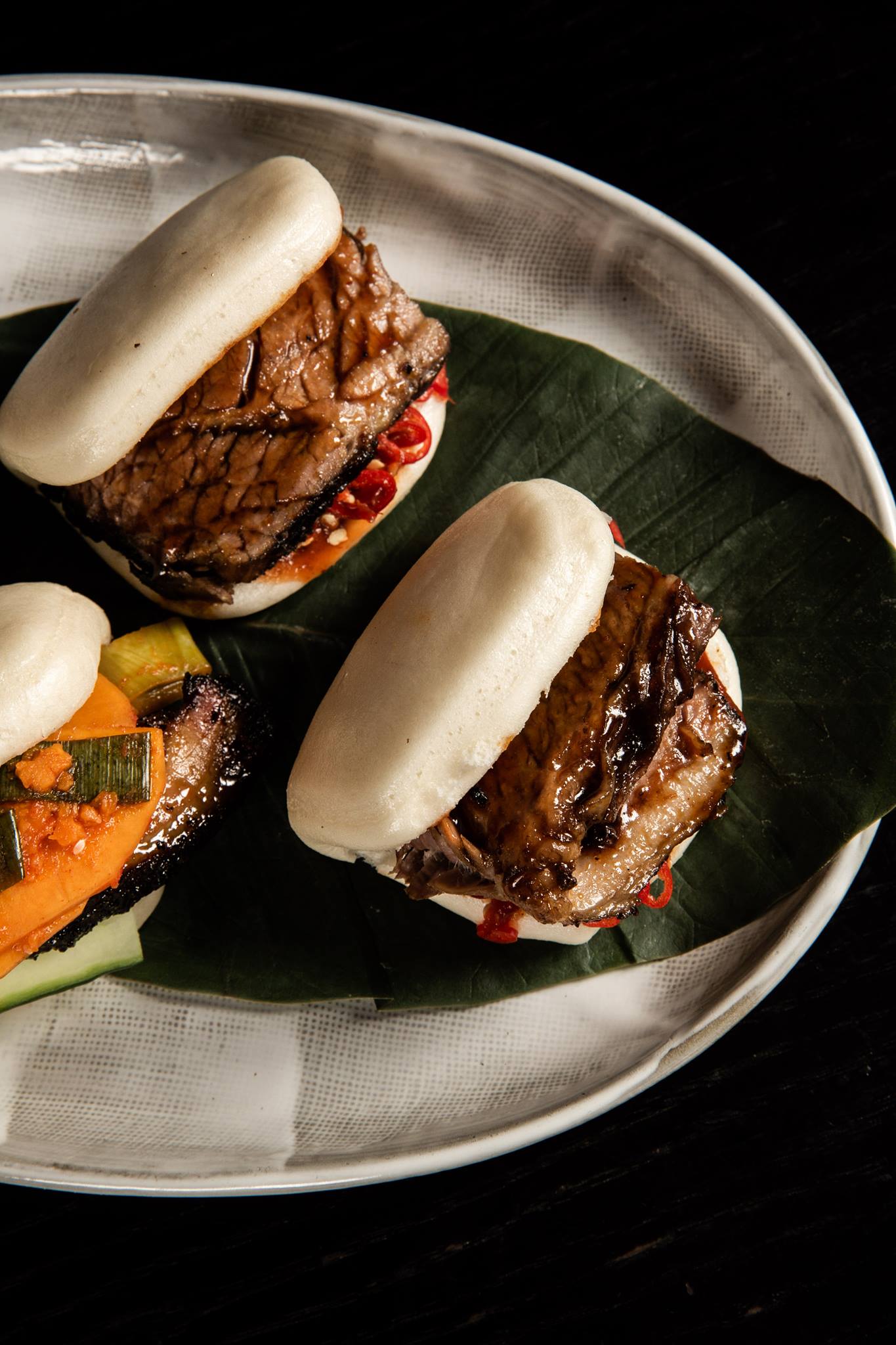 Londoners are spoiled for choice when it comes to beautiful, pillowy bao just now. But if it’s an unholy meat feast you’re after, one spot stands head and (slow-cooked) shoulders above the rest. With pisco sours at the push of a button and a Nutella croissant oozing at you from the dessert menu, Flesh & Buns might not be an authentic Japanese Izakaya – but one taste of the rabbit katsu, smoked beef short ribs or piglet belly with mustard miso is enough to silence even the most pious of purists. 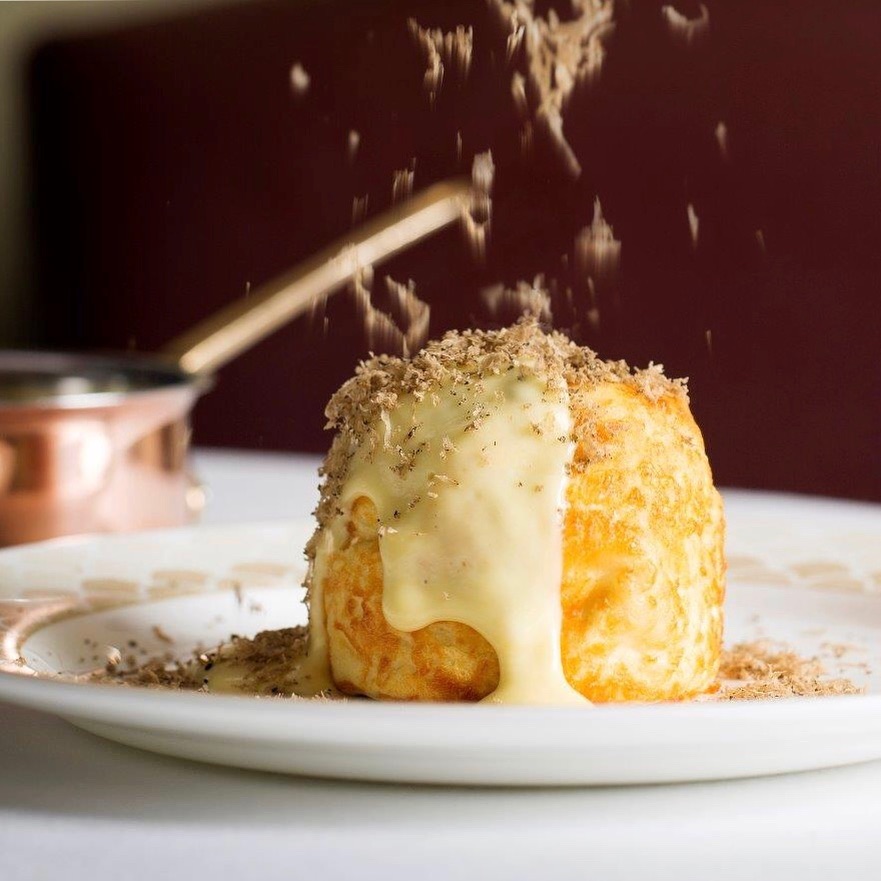 All hail fish pie, king of winter comfort food. And especially J. Sheekey, which has been rustling up the capital’s definitive fish pie since the Mitfords were the It girls of the moment. Cosying up in its iconic, wood-panelled dining room with theatreland’s favourite supper has to be one of the best ways to chase off the January blues (and even better if someone else is paying). Don’t forget the potted shrimp, dressed crab and of course, oysters, to be slurped with one eye on the door in case Judi Dench walks in. 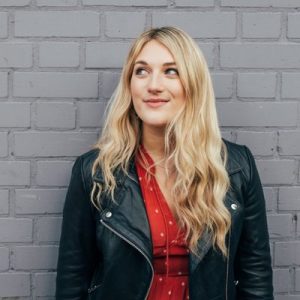 Lauren Bravo is writer, digital editor and prolific eater. She writes about pop culture, fashion, food, travel and feminism for many publications, and has worked extensively as a commercial copywriter.