It’s National Burger Day tomorrow and this year we’re celebrating the vegan burger. Vegan or not, anyone can appreciate a good plant-based burger and we’ve got a juicy selection in store with London’s best vegan burgers. From vegan meaty wizardry to burgers that have a low impact on the environment, here are the top 5 vegan burgers in London we love: 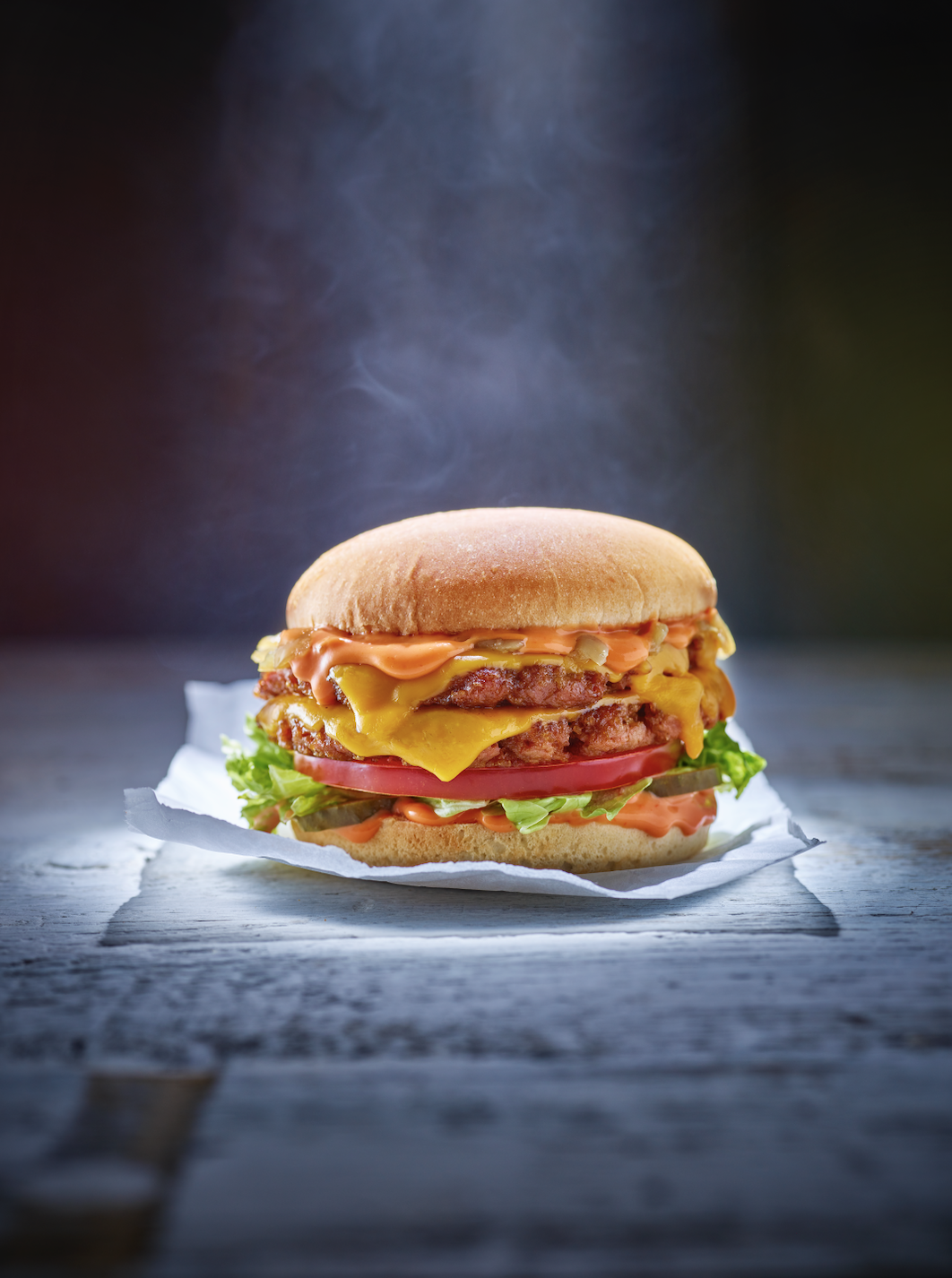 The Lowdown: Halo Burger is the only restaurant in the world to specialise in serving the Beyond Meat Burger; the world’s first burger that looks, cooks and even tastes like a fresh beef burger. It’s a vegan burger joint that goes above and beyond, celebrating the very best meat-free alternatives from (not) chicken nuggets to deep-fried vegan magnums. It’s not trying to be the next health food fad, but it prides itself in only using the highest-quality ingredients to create mouthwatering memories that help you reduce your impact on the planet. 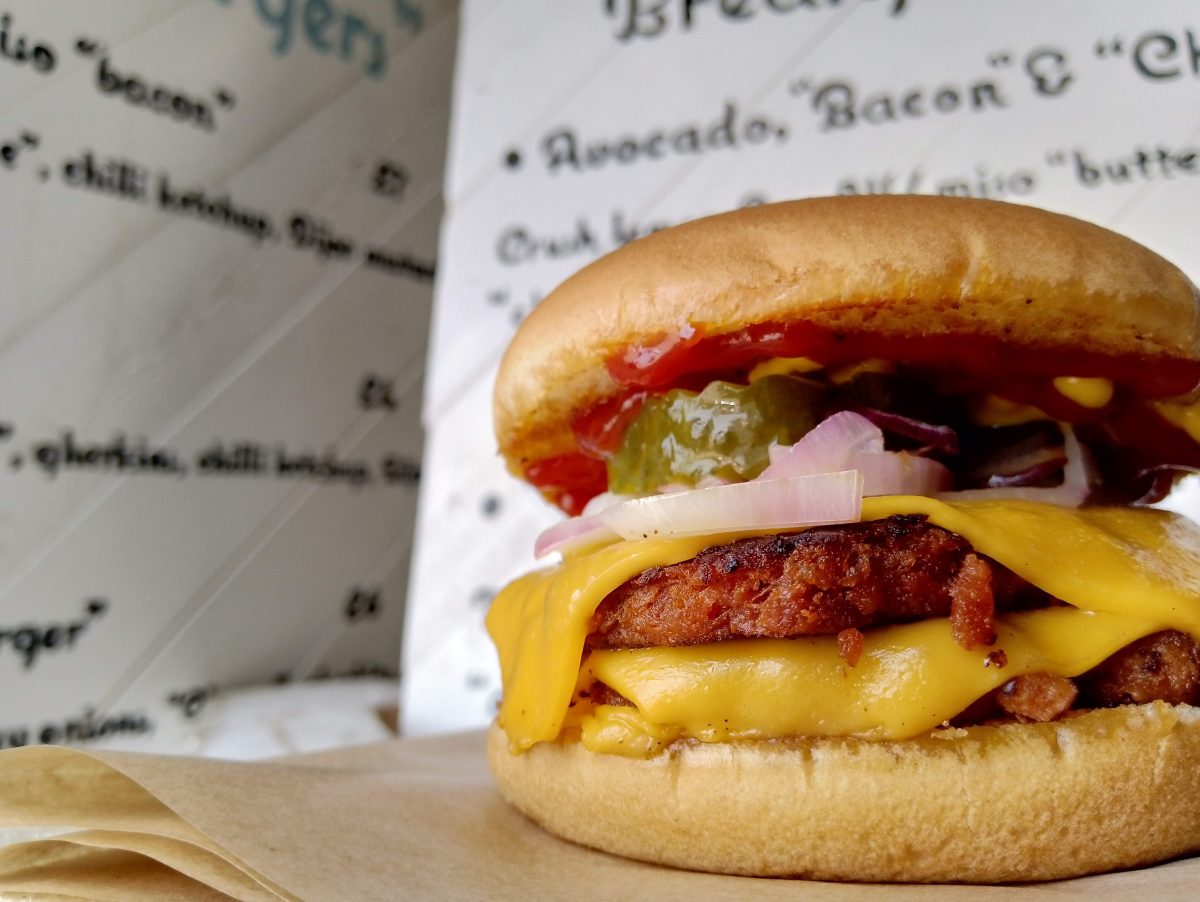 The lowdown: Greengage Tree is a new vegan street food vendor on the block and their burgers have already caused a stir. Their hand-crafted vegan burgers are made with high-quality ingredients designed to help lessen the impact on the environment. In fact, sustainability is at the heart of everything they do right down to their biodegradable packaging. Their burgers may be vegan but don’t be fooled: their creations are a mixture of melt-in-the-mouth goodness and juicy flavour that gives the meat burger a run for its money. Don’t forget to try their vegan miso bacon too!

Where: Greengage Tree operates at markets and street food fairs in and around London. To find out where they will next be, visit their website here. 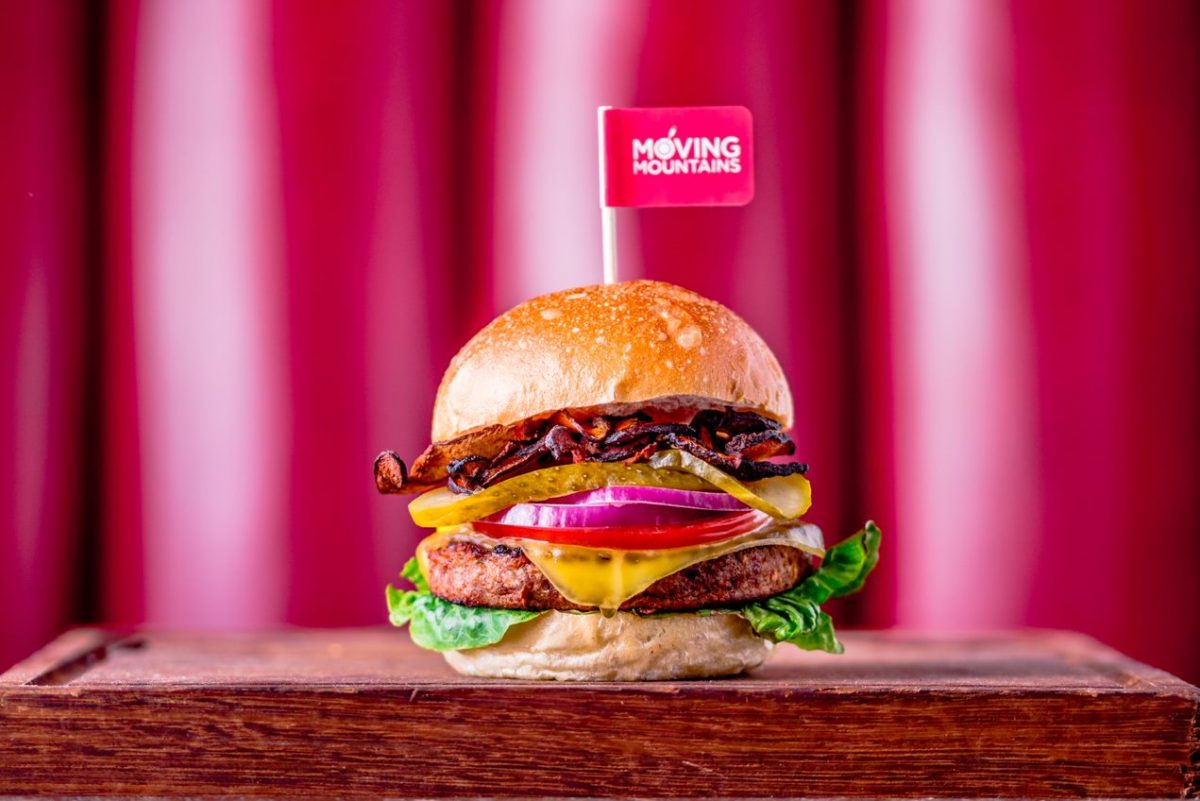 The lowdown: Maxwell’s Bar & Grill is an all-American diner-style venue that has attracted locals and tourists alike since opening its doors in the early 1980s. The diner serves up a whole host of mouthwatering burgers and for tomorrow only (22nd August), it’s giving away 25 burgers for free on a first come first serve basis. The offer can be claimed on both their famous Old Timer Burger and their Vegan Bacon and Cheese Burger. If that wasn’t enough, customers can also get 20% off the vegan burger all day. A combination of traditional ‘meaty’ flavours with delicious avocado mayo, this vegan burger is definitely one to try.

4. For a Burger That Bleeds: Moving Mountains at Hard Rock Café London 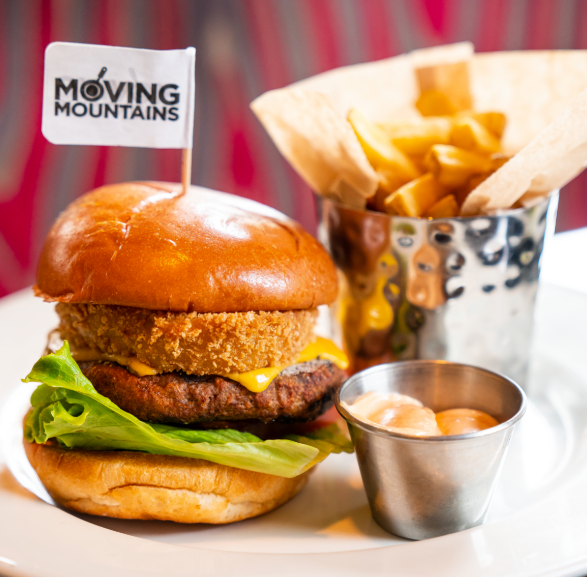 The Lowdown: Moving Mountains is a pioneering plant-based food technology company and it’s now launched its new 6oz vegan burger at the Hard Rock Café London. However, this is no ordinary vegan burger. It sizzles, smells, tastes and even bleeds like meat. Yes, you read that right. The Moving Mountains burger is 100% raw plant meat and 0% cow and bleeds through the middle with beetroot juice instead of blood. This magic burger contains oyster mushrooms, pea protein, wheat and soy proteins, beetroot, coconut oil, oats and vitamin B12 to create that perfect meaty-without-meat taste for vegans and non-vegans alike.

5. For a Vegan Burger at the Theatre: Burgerworks 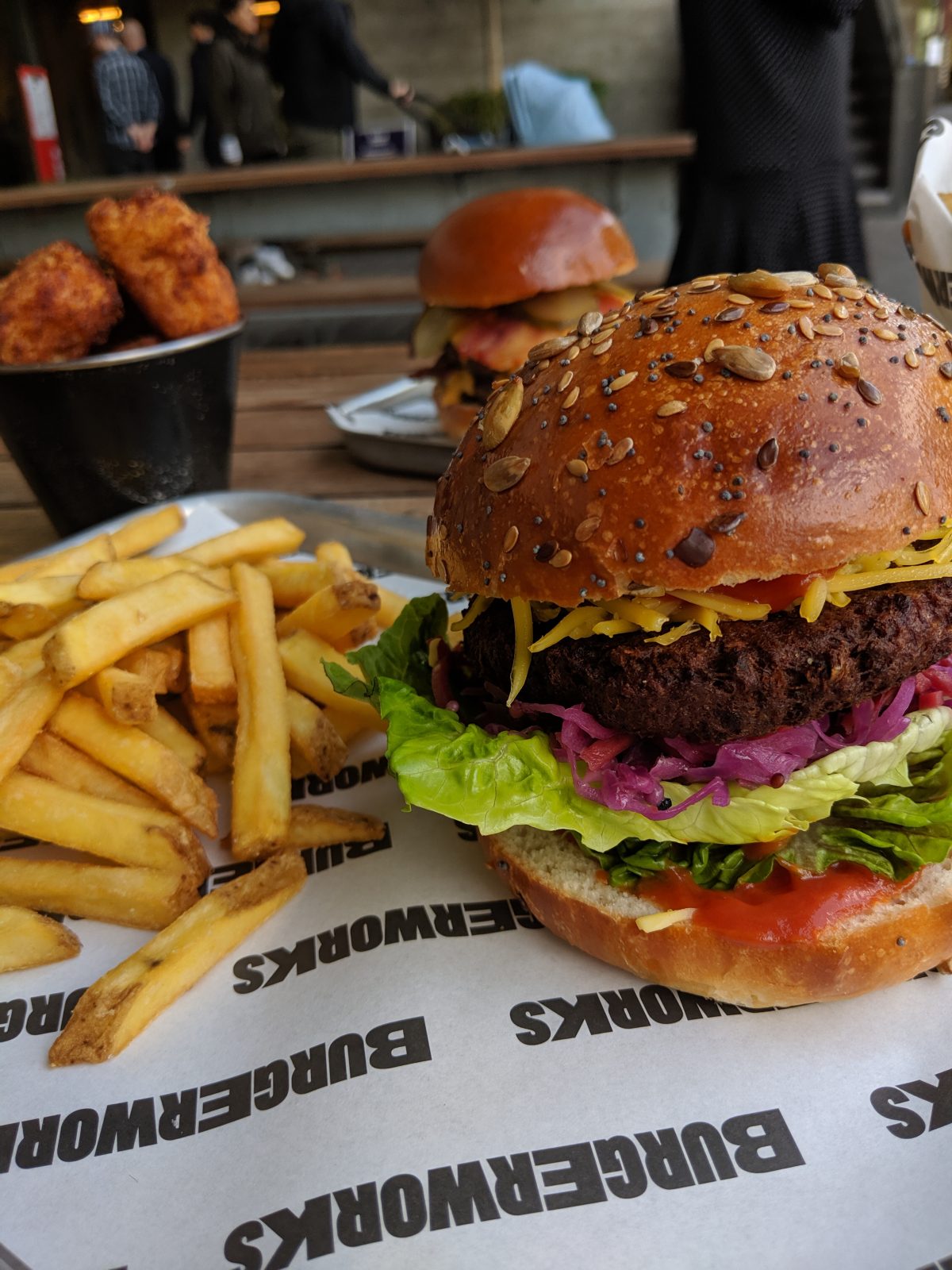 The Lowdown: The National Theatre has launched its first ever burger pop-up, situated next to its renowned craft beer bar, The Understudy. Burgerworks is open to the South Bank’s visitors daily from 11:30am to 9:30pm until 15th September. Order The Vegan One for a seriously delicious traditional burger with a twist that you don’t have to be vegan to appreciate. It’s a feat of texture and flavour in the mouth from the crunch of the lettuce to the tang of the red slaw. Grab a portion of fries to go with it and relax in the restaurant or enjoy their burgers outside with amazing views of the South Bank and the Thames.