Life / Features / About Time You Met: The New Faces of Luxury Chocolate

About Time You Met: The New Faces of Luxury ChocolateBy Angelica Malin

We all know it. Chocolate is the key to our hearts. 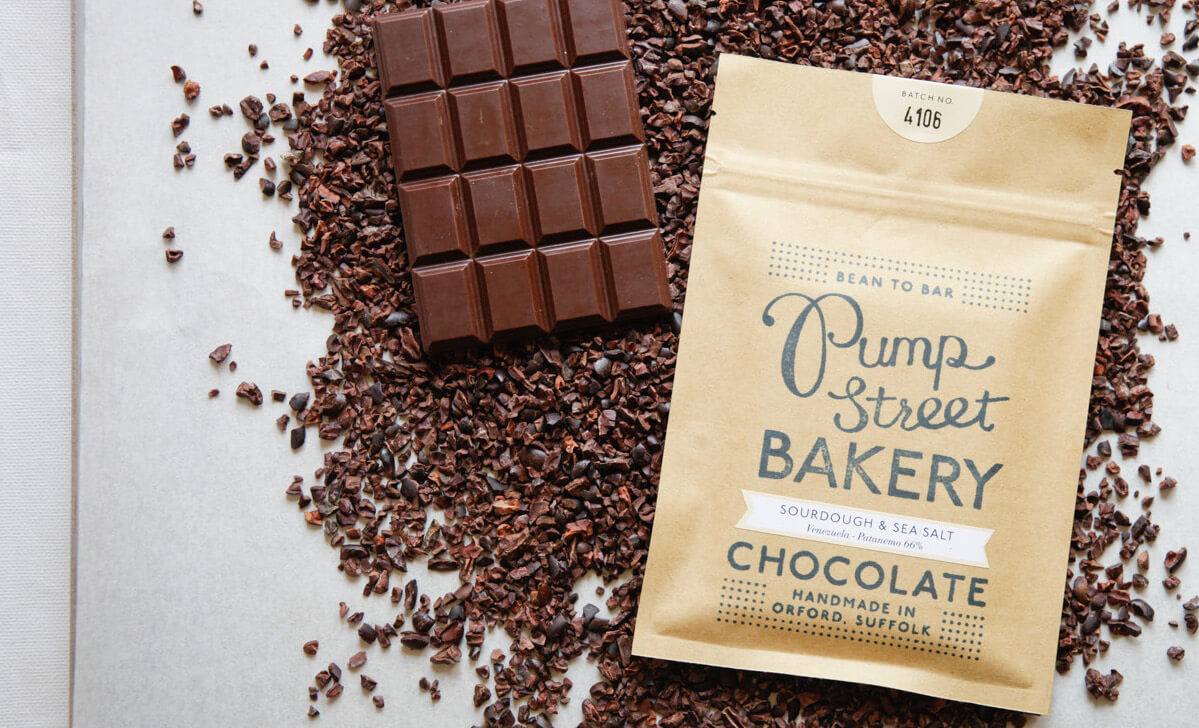 If you’re sick of always reaching for a Galaxy, or that standard Cadbury’s Creme Egg, why not try one of these innovative new chocolatiers, who are making sweet, sweet waves in the chocolate world. New flavours, new techniques, here are the new kids on the block you need to watch out for this year:

“Chocolate and baking have always been made for each other; we’re just trying to find new ways of showing off the best of both.” 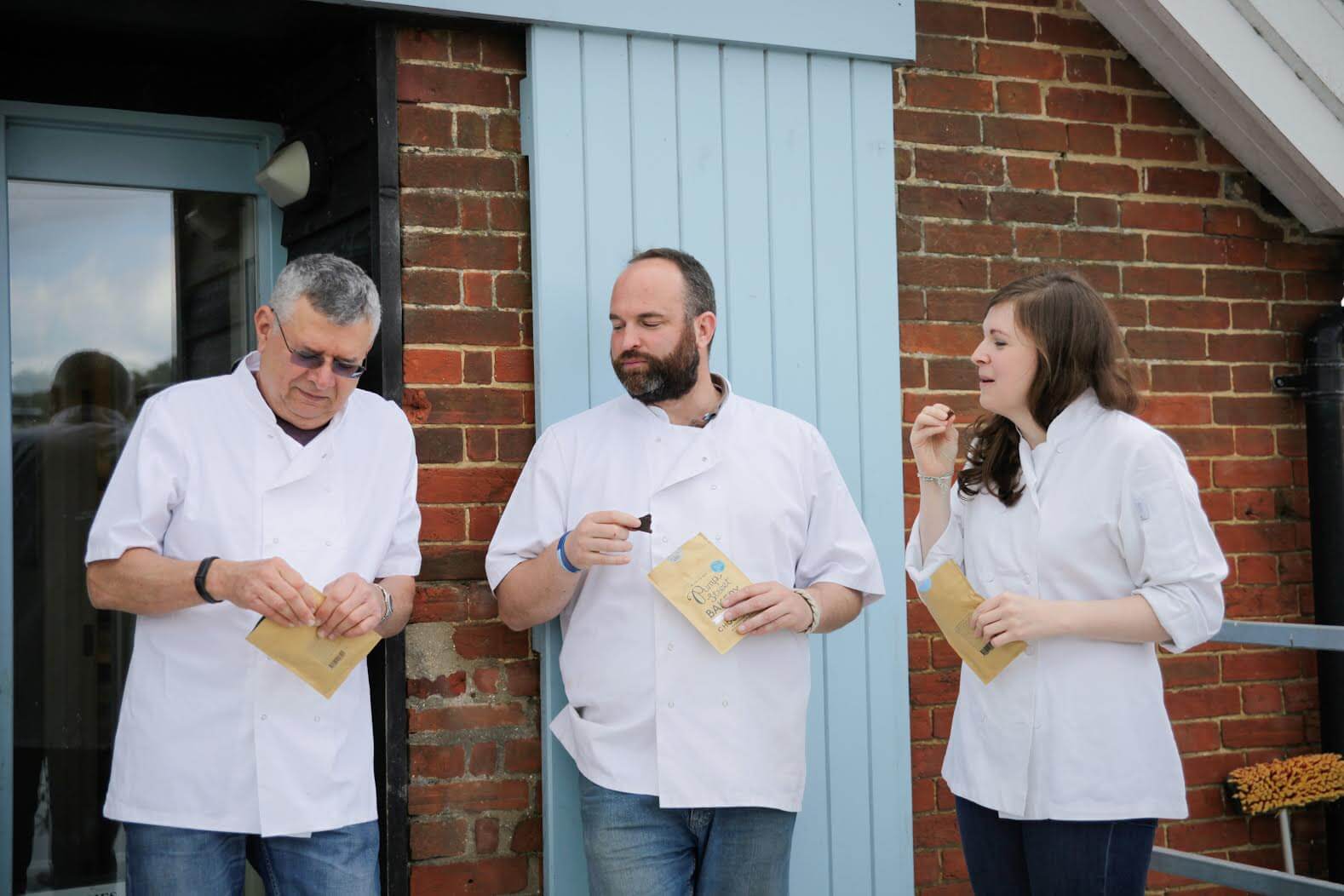 Who: Father and daughter Chris and Joanna Brennan, founders of Pump Street Bakery.

The Story: Pump Street Bakery are home to one of the country’s few ‘bean-to-bar’, single origin, small batch chocolates. They are made by importing cacao beans from farms or cooperatives in Ecuador, Venezuela, Grenada and Madagascar, then made in the small Suffolk town of Orford. 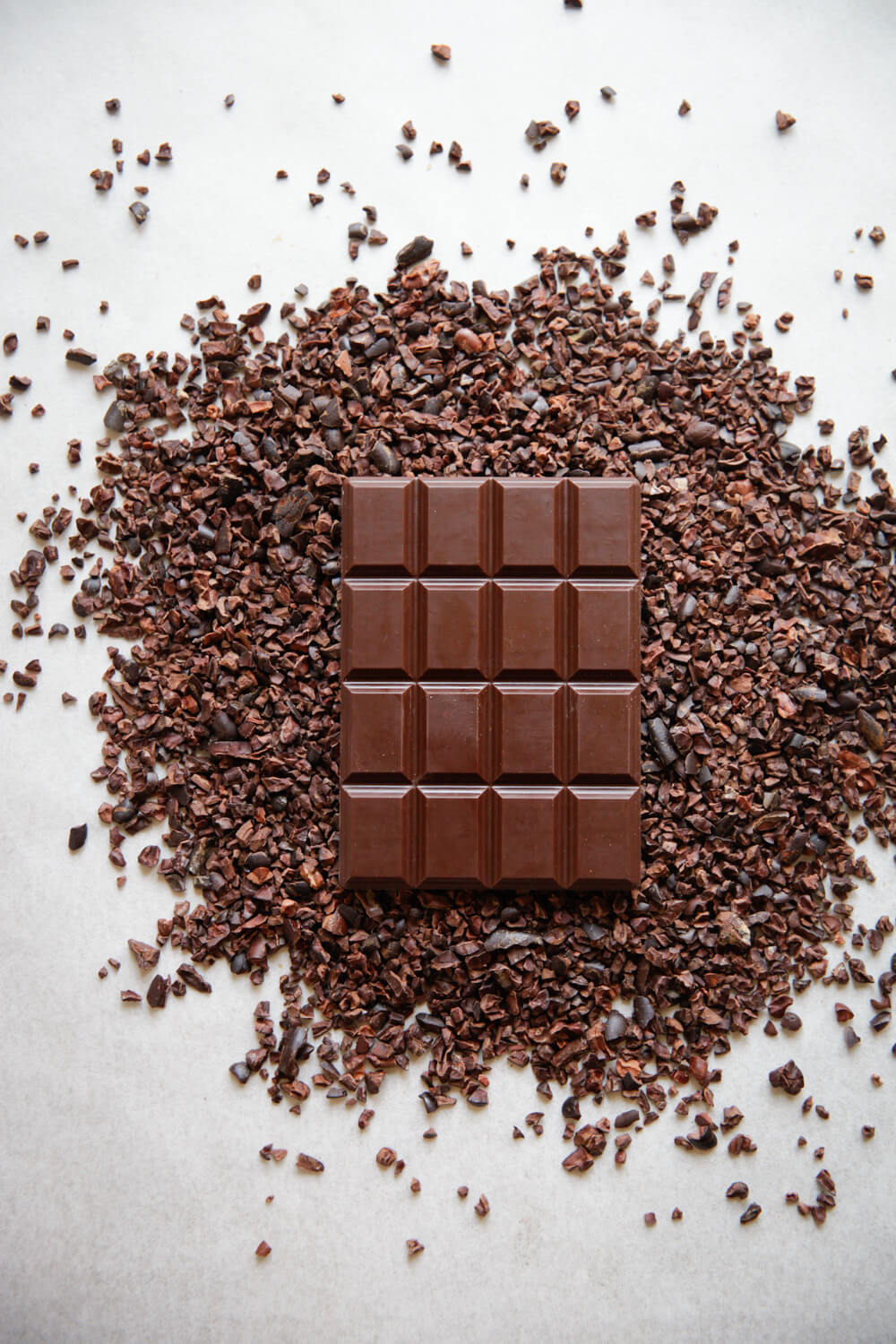 Try: Their new Rye Crumb, Milk and Sea Salt chocolate bar with 60% Ecuador chocolate – the special bar is the second chocolate in a series of creations from Pump Street Bakery that merge the best of their two obsessions, baking and chocolate. Last time it was Sourdough and Sea Salt, and we’re very excited about the new flavour.

The Secret: They make their own rye bread, which is conched through the chocolate, and then toasted sourdough is added for crunch towards the end. The strong bean flavours and mellow milkiness of the 60% milk chocolate offer a perfect base for the robust and slightly tart flavours of rye sourdough.

Find it: To celebrate the new chocolate bar, Pump Street Bakery is opening a temporary bakery shop on Redchurch Street in Shoreditch from Tuesday 28th April until Sunday 3rd May – information here.

“Our favourite is the chocolate with chunks of sweet white mulberries combined with the crunchiness of chia seeds – they said spirulina would never work, but trust us you’ll love the flavour!” 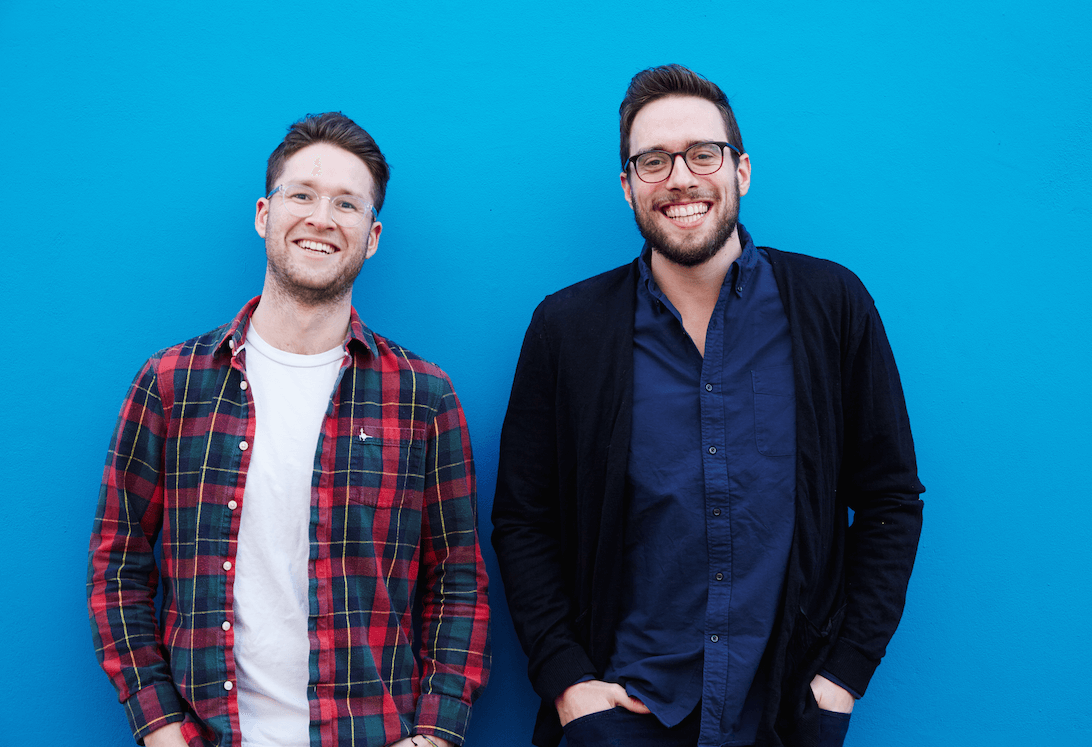 Who: Childhood friends, Edward Smith and Richard Wilkinson set up Doisy & Dam together in 2014 – a superfood chocolate brand with a serious kick.

The Story: The boys have known each other since they were 5, and always wanted to start a business together. They’ve created five hand-crafted organic dark chocolate bars, which are packed full of innovative flavours from nature’s superfood – think including Coconut & Lucuma, Goji & Orange, and Chia Seeds & Spirulina and Maca. 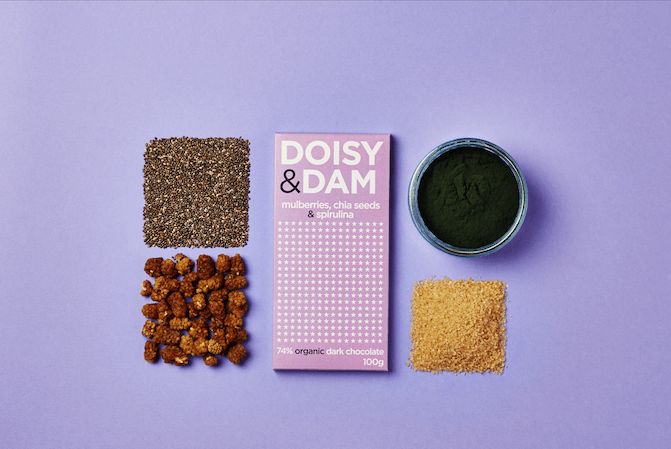 Try: Mulberries, Chia Seeds & Spirulina chocolate – it’s one of their most popular bars!

The Secret: Nothing artificial, no hidden ingredients, just delicious, real food. Each beautiful pastel coloured bar is handcrafted in Norfolk, using the optimum organic ingredients, carefully sourced from all over the world; as an added health bonus, they’re also all vegan and gluten-free.

Find it: Cruush, Planet Organic and a gym near you 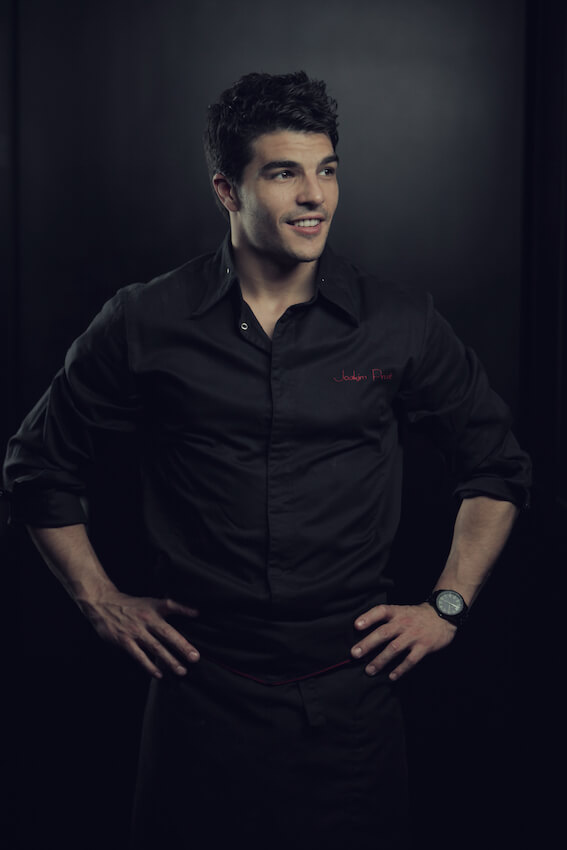 The Story: Maître Choux, a new patisserie spot in South Kensington, is the brainchild of top pastry chef Joakim Prat, who came to London to take on the role of Joël Robuchon’s Head Pastry Chef at L’Atelier, before moving on to Mayfair’s The Greenhouse. Joakim held the same position at Can Fabes in Barcelona, meaning that Maître Choux is one of the only pastry shops in the UK with a three-Michelin star experienced chef at the helm.

Try: The Pistachio Eclair is the stuff of dreams. 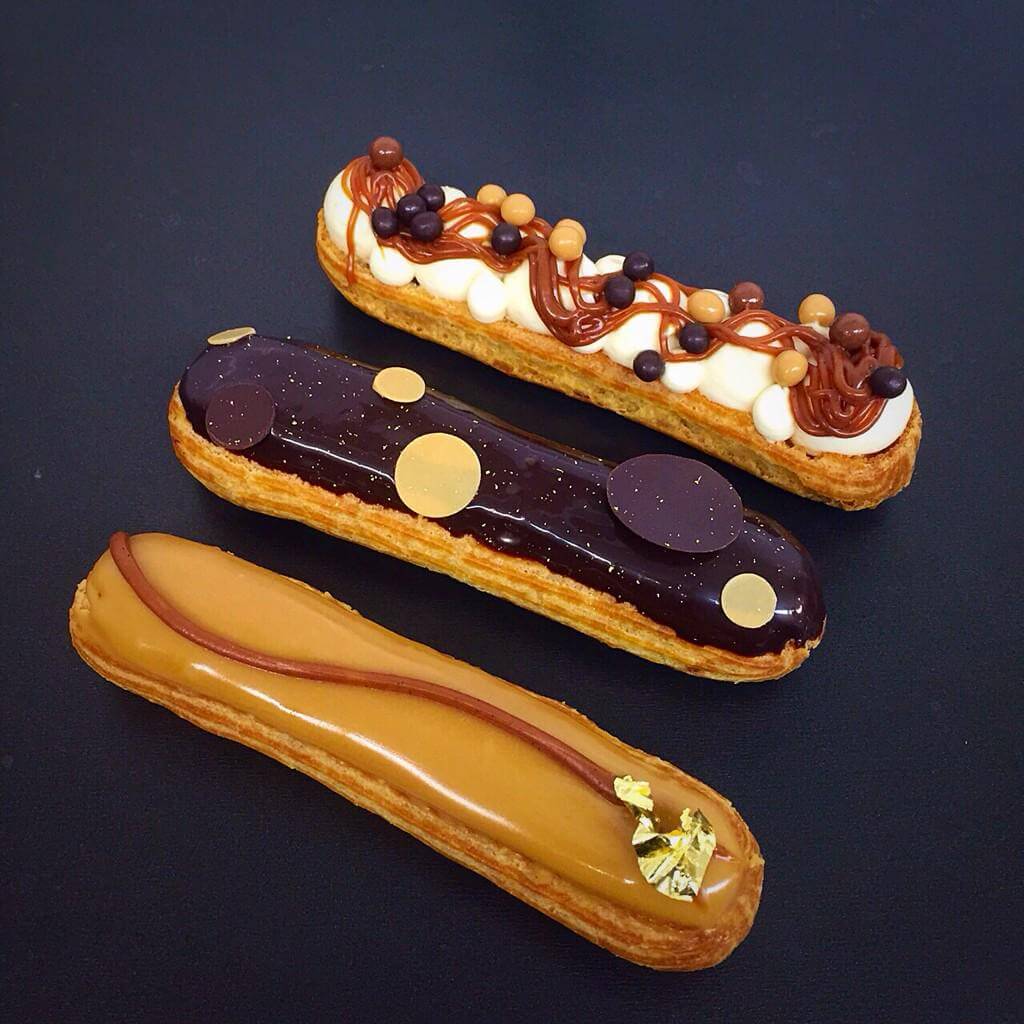 The Secret: In the hands of Joakim, choux pastry has been transformed into something quite extraordinary. Joakim spent months perfecting Maître Choux’s range of éclairs, choux and chouquettes – empty choux pastry casings that are traditionally eaten in France for breakfast or as a snack. Joakim’s hand-crafted designs are baked throughout the day in the state-of-the-art kitchen at Maître Choux’s South Kensington shop. Some of the choux can even be filled upon ordering for crispiness. Nom.

Find it: Maître Choux will open from 7.30am until 7pm Monday to Friday and from 10am to 7pm on Saturday. 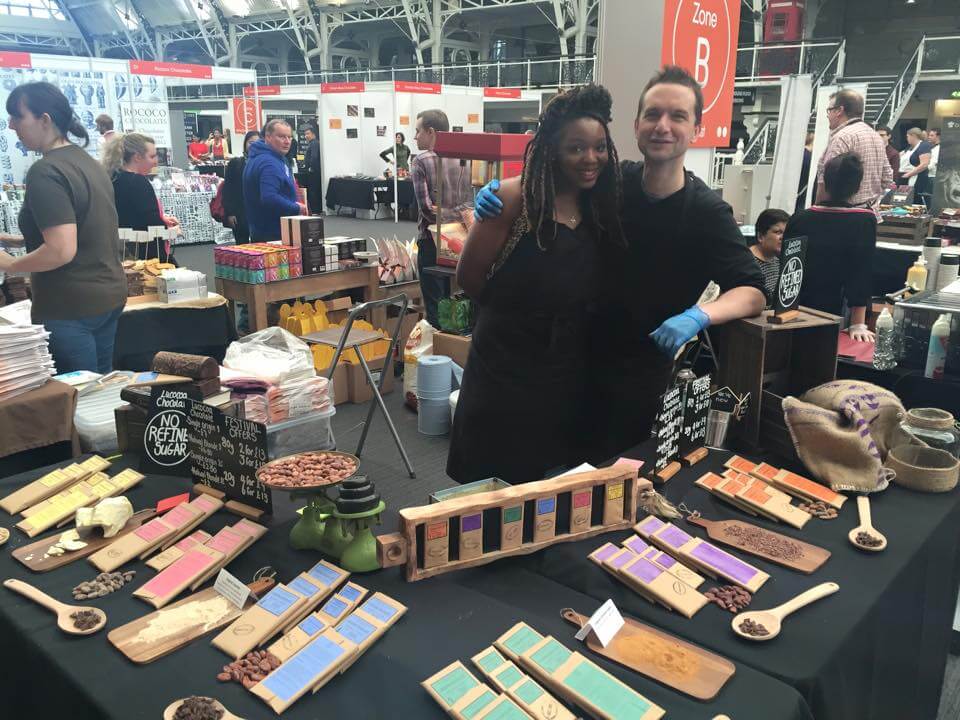 The Story: Lucocoa Chocolate is a bean-to-bar chocolate company based in London, which uses no refined sugar or artificial sweeteners, instead opting for the healthier alternatives of coconut sugar and lucuma. Lucocoa was born in December 2014; the brainchild of Amarachi Uzowuru, it was lovingly nurtured and brought to life by her and boyfriend Andy Clarke. She wanted to create a beautiful chocolate bar that’s healthy without compromising on taste – chocolate that’s not naughty, just nice. 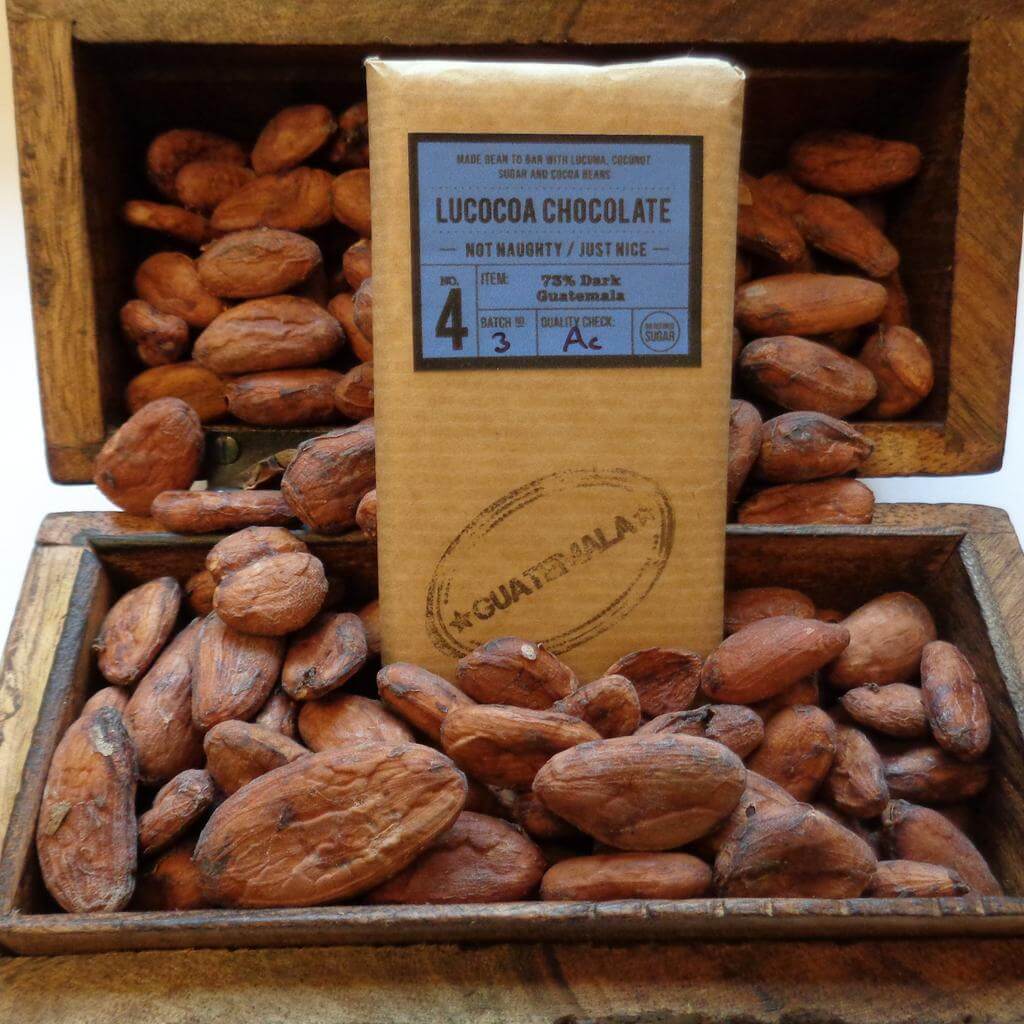 The Secret: Substituting refined sugar and artificial sweeteners for coconut sugar and lucuma, they make the chocolate from scratch  – sourcing the best flavoured cocoa beans from around the world. They roast them, crush them, winnow them (take the shells off) and then conche (grind) them for up to 3 days to make chocolate. During this time we will add our coconut sugar, lucuma and a tiny bit of cocoa butter. They then temper the chocolate, turning it into some fine-looking bars ready for you to put into your belly. 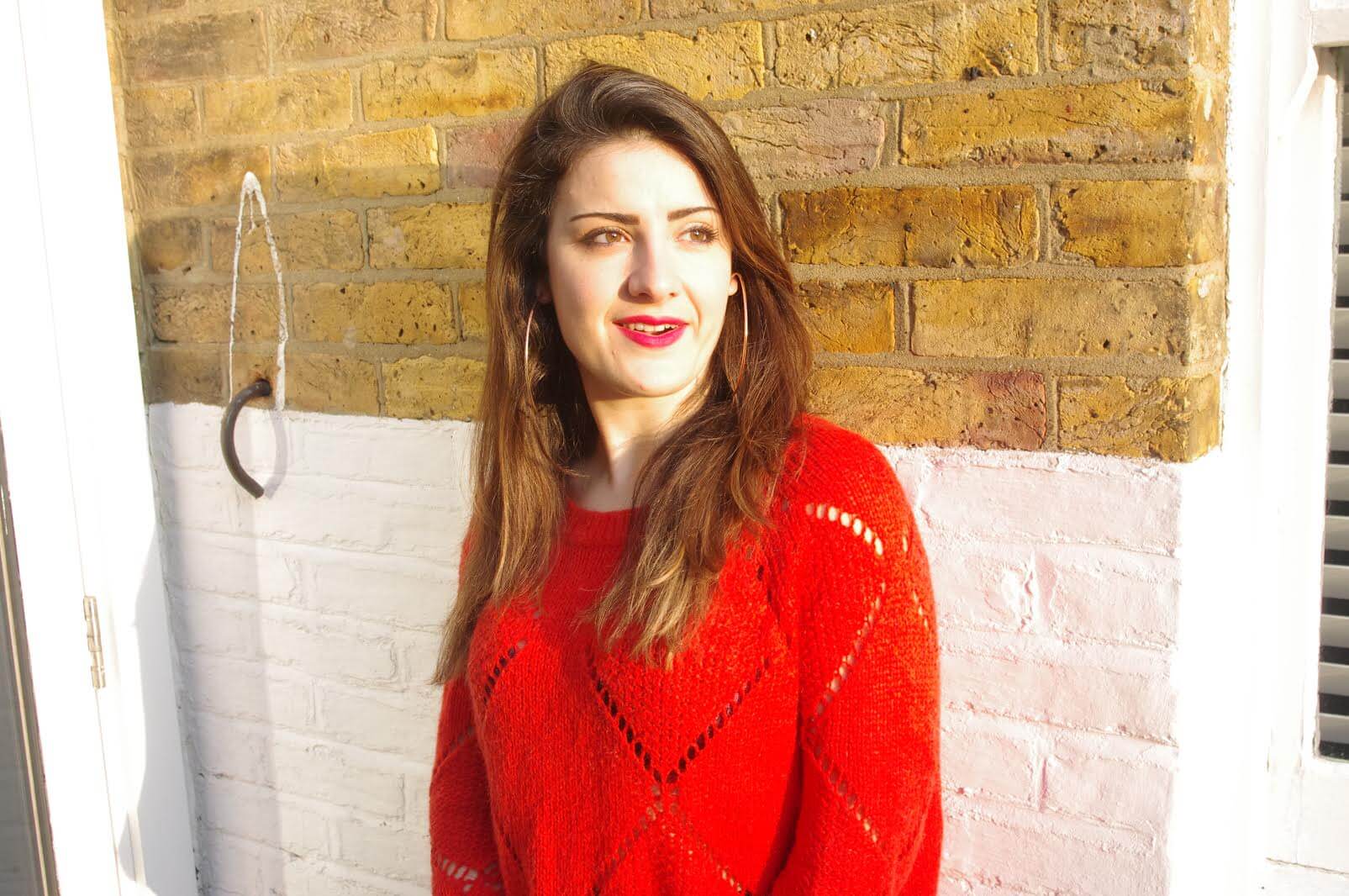 The Story: Maria is the founder of the award winning Peckham Rye based South East Cakery and has been baking cakes and brownies for local cafes, delis, markets and private parties for the past four years. The South East Brownie Bar combine their favourite things (Music, Cocktails & Brownies) to deliver a deliciously unique experience. Having initially operated primarily as a wholesaler to cafes, the Cakery has branched in to its own premises as well as regular street food markets, such as Model Market, more recently. 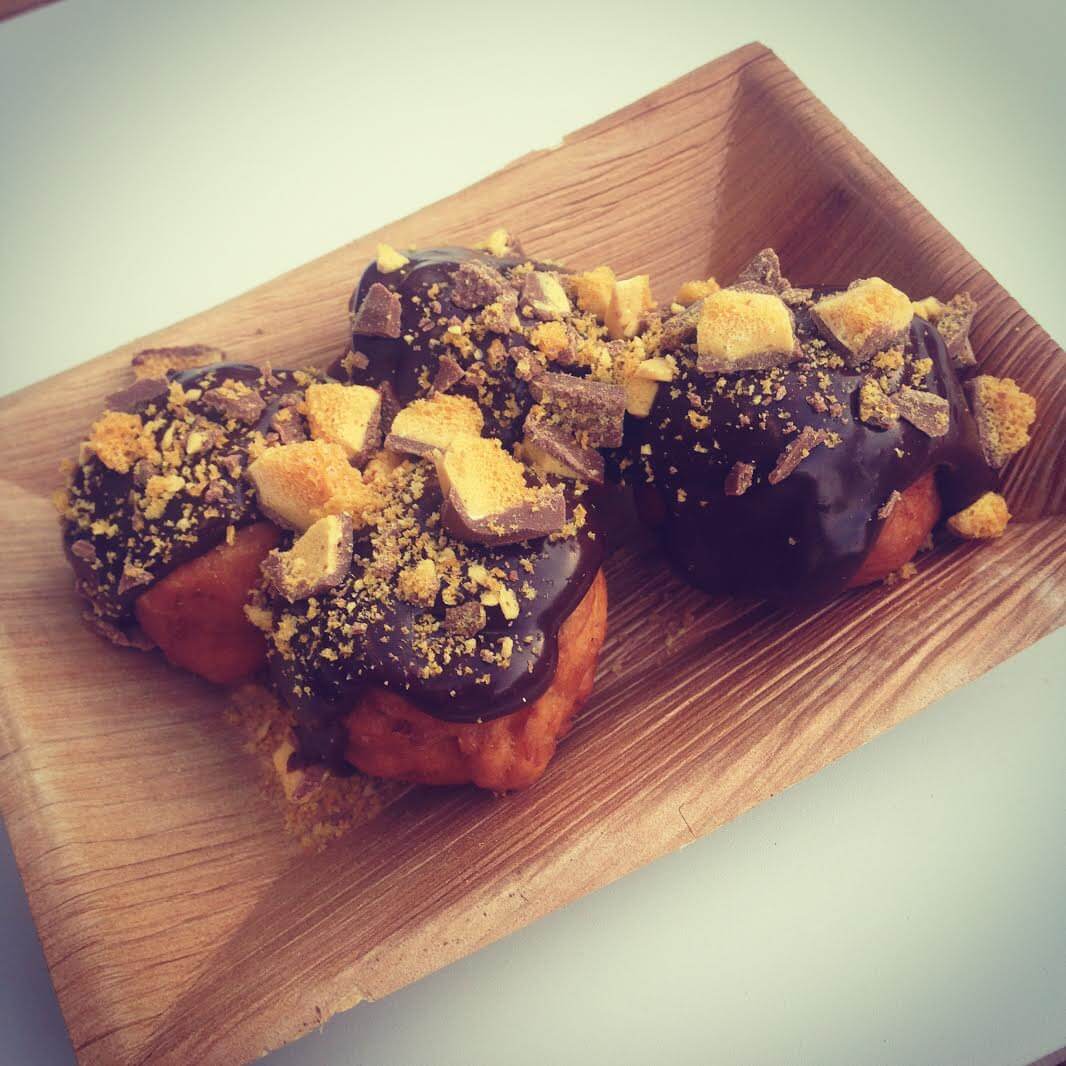 The Secret: It’s all in the salted caramel sauce.

Find it: At Model Market all summer – more information here.