Something is a foot in the hotel restaurants of London. Just a few years ago, they were frequently dismissed as on overpriced option for lazy travellers, languishing in the depths of recommended restaurant lists with uninspired chefs and mediocre menus.

Now some of London’s best restaurants can be found in hotels – Heston’s set up shop in the Mandarin Oriental with Dinner, Mark Hix is serving British classics at Browns Hotel and even The Renaissance has joined in with the refurbished Gilbert Scott. 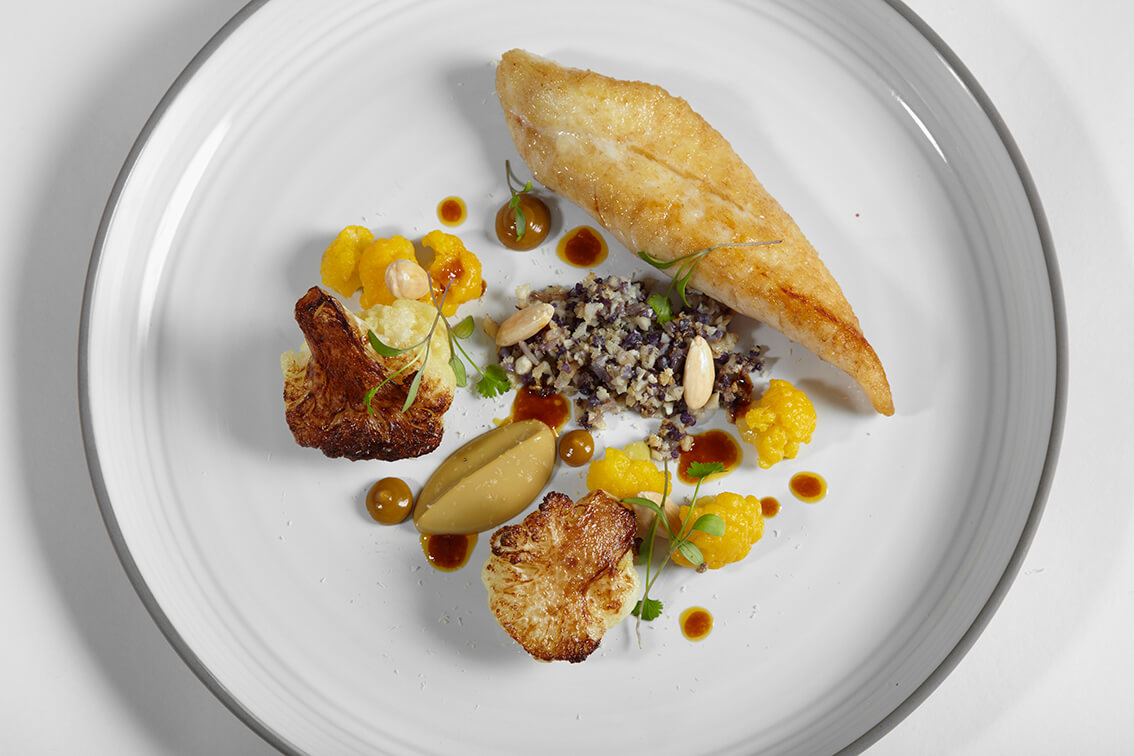 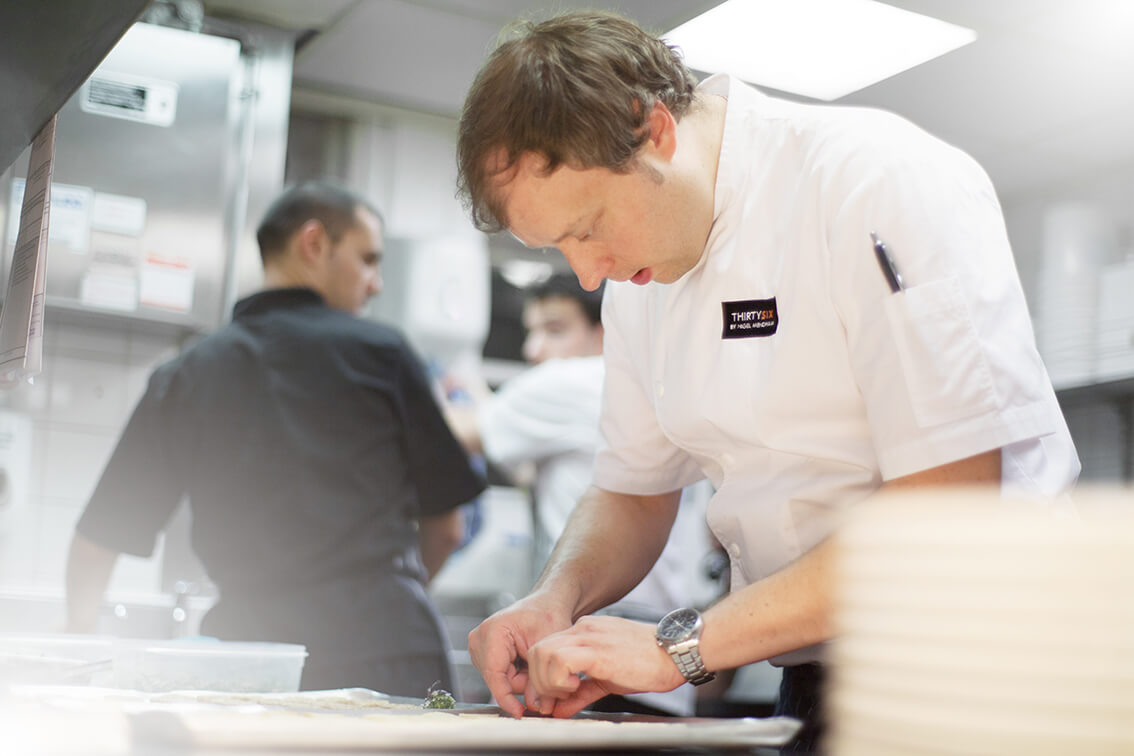 In a city where postcodes are at a premium, it starts to make a lot of sense – these hotels are stunning historical properties in prime London locations, with the space (and the money) to create a beautiful restaurant and hire an innovative, decorated chef.

Thirty Six by Nigel Mendham is no exception, tucked away in the heart of SW1 at Dukes Hotel. Chef Nigel Mendham was awarded a Michelin Star while at Samling Hotel in the Lake District and recently won three AA Rosettes for Thirty Six, so expectations were high when we arrived. 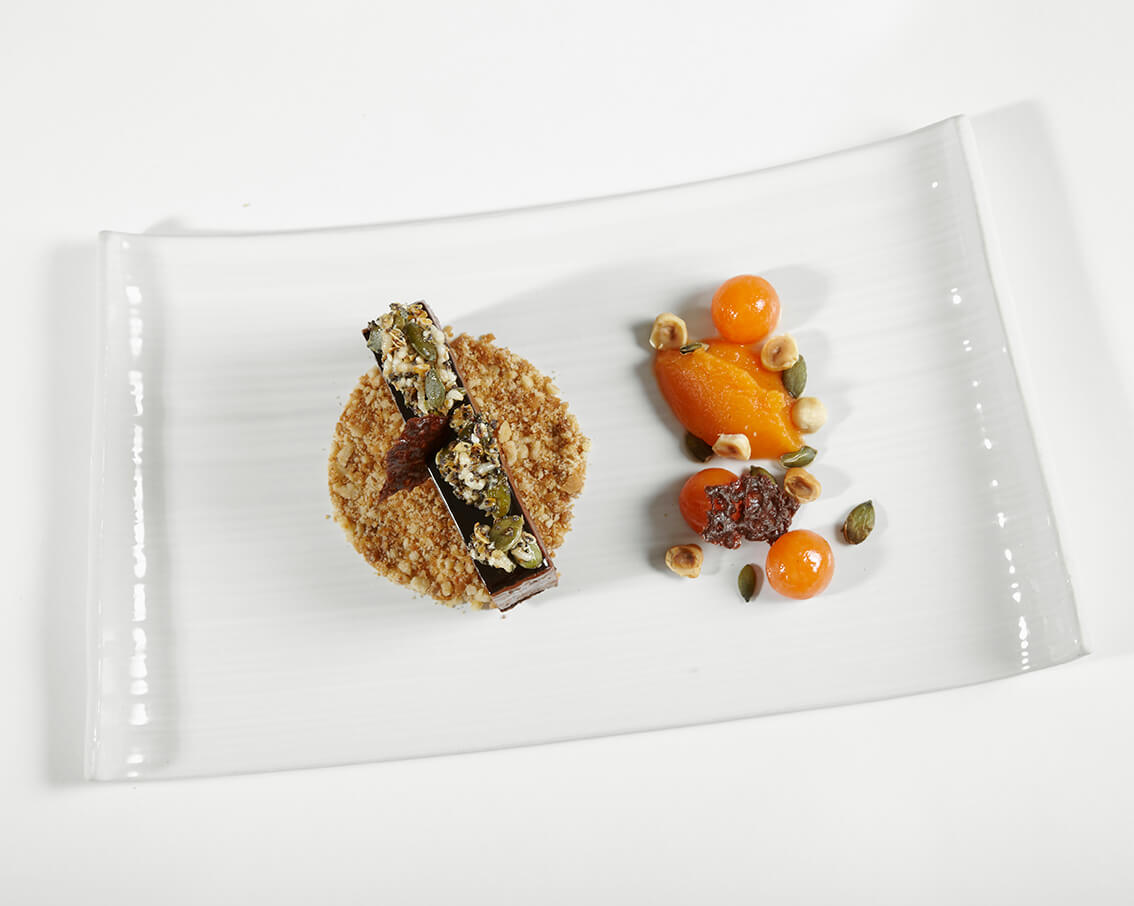 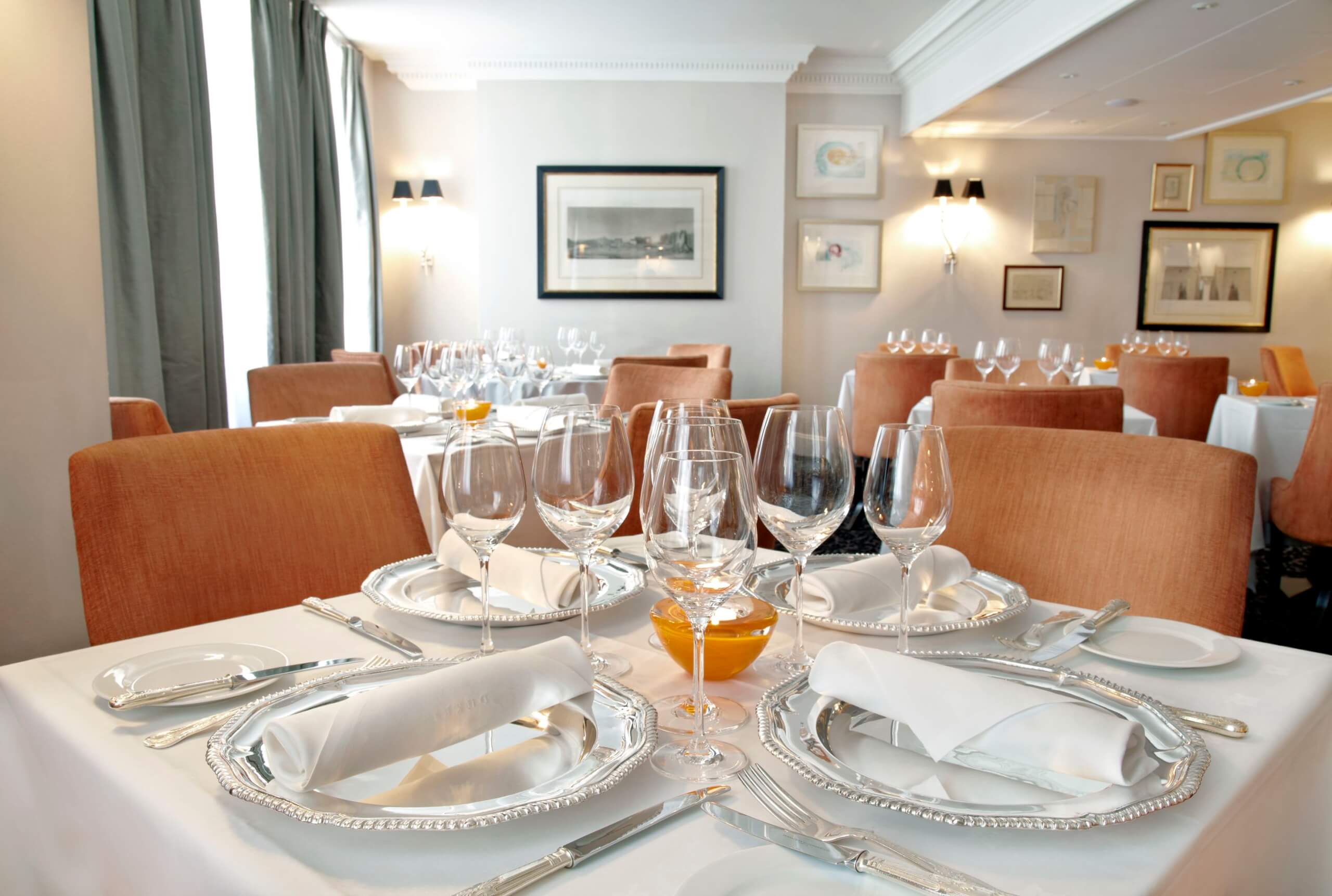 Dukes Hotel is old-school Mayfair – an intimate, boutique hotel decked out in sleek dark wood and ancestral oil paintings. It’s a lesson in tasteful luxury, particularly in the elegant drawing room which inspires all sorts of nostalgic musings about gilded days gone by. I half expected Julian Fellows to wander in, martini in hand and start bitching about the quality of this year’s debutantes.

In comparison, the restaurant is much more contemporary in design with a palate of black, gold and burnt orange. Framed sketches cover the walls, giving the place a calm and subtle atmosphere. It’s also worth mentioning that the chairs are very comfortable – a vital feature when you’re planning to tackle a tasting menu.

Don’t even think of visiting Thirty Six without stopping for an aperitif at the bar first. Duke’s Bar is famous for their martinis, which rumour has it are responsible for the classic James Bond line ‘shaken, not stirred’ during one of author Ian Fleming’s many visits. Bar Manager Alessandro Palazzi is a veritable booze guru, whipping up a lethal Sacred gin martini from the portable trolley and finishing it with a slice of Amalfi lemon. Stick to just one before dinner though, or you might fall down the stairs.

If you prefer your poison of the grape variety, the wine list is extensive and painstakingly chosen. Following the aforementioned martini, we started with a glass of NV Perrier-Jouet Grand Brut Champagne, followed by a 2008 Reisling, a 2012 Cotes du Rhone and a 2012 M. Champoutier dessert wine to finish. After all, it was Fleming himself who wrote ‘I’d rather die of drink than thirst’.

We went for the winter tasting menu, which boasted a variety of ‘rustic British’ delights. First up was a broccoli soup with pine nuts and goats curd, which was smooth, creamy and a lovely shade of luminous green (and ideal for Instagramming, of course). 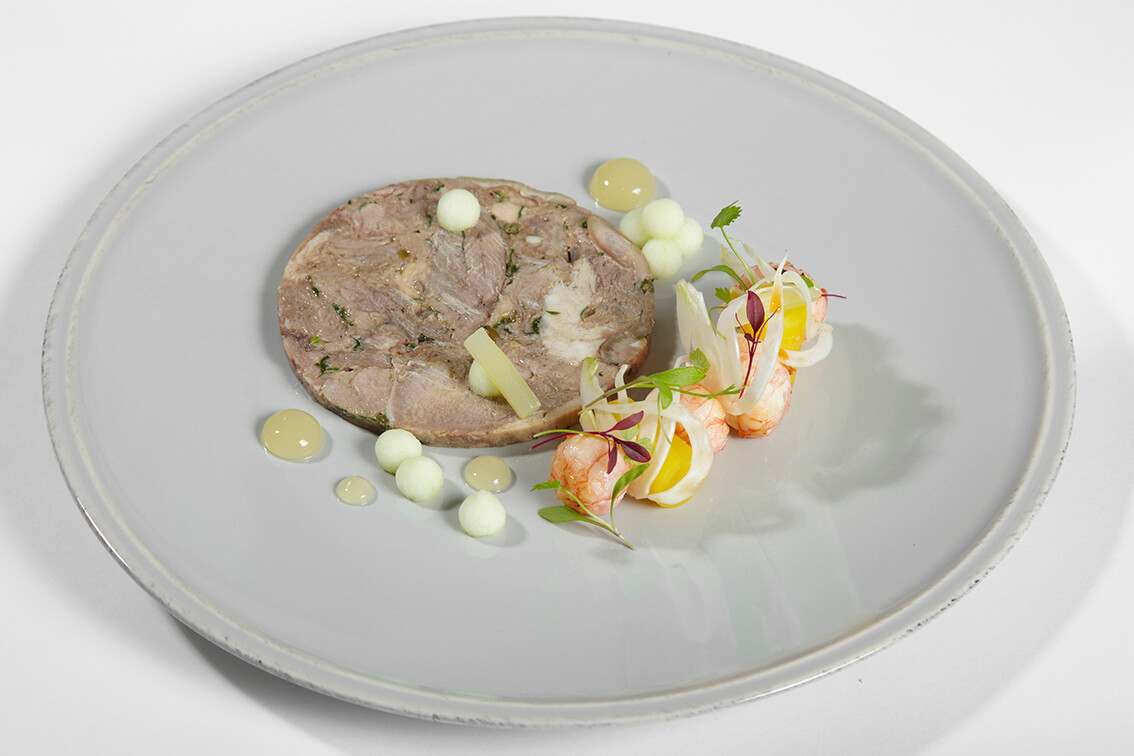 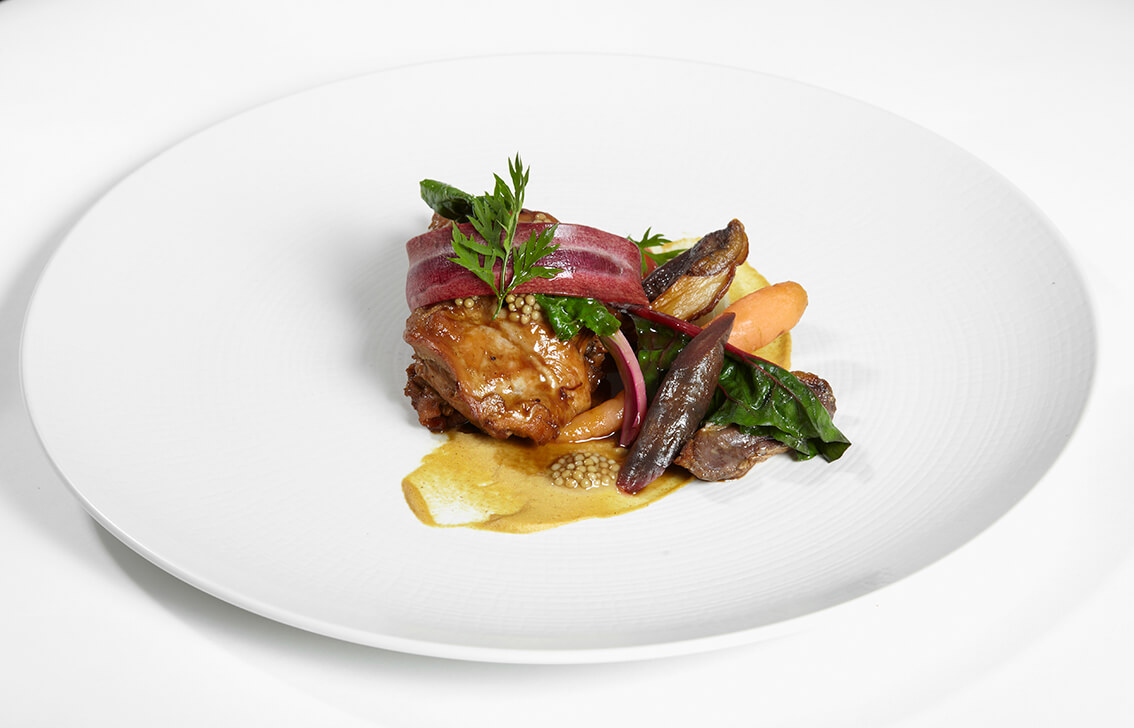 Next was a juicy slab of pork terrine with langoustines, pickled vegetables and apple, followed by a soft, melt-in-the-mouth filet of John Dory with cauliflower, coriander and a subtle hint of curry. 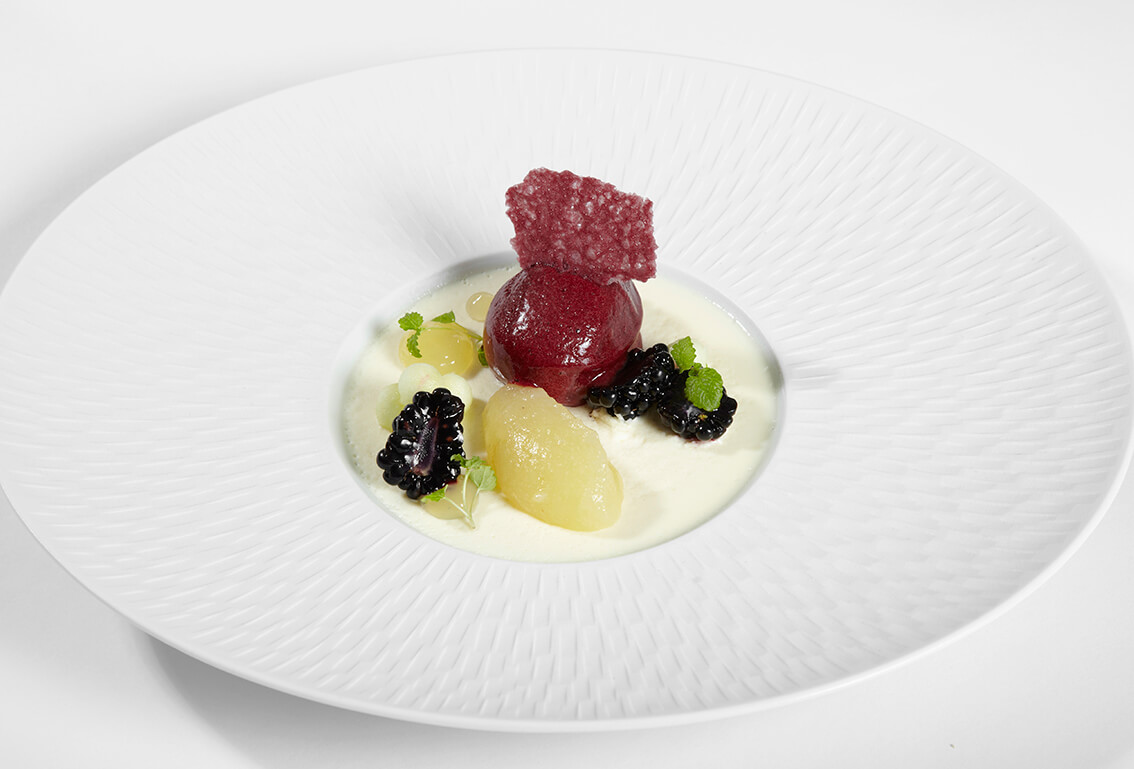 The star of the show was undoubtedly the Yorkshire venison with celeriac and black pudding, a perfectly rare piece of bloody deliciousness, all gamey flavour and buttery meat which could easily turn the head of any vegetarian. After many minutes spent swooning over the delightful dead deer, we finished with a decadent dark chocolate fondant with pumpkin and hazelnut praline.

36 at Nigel Mendham : The Verdict 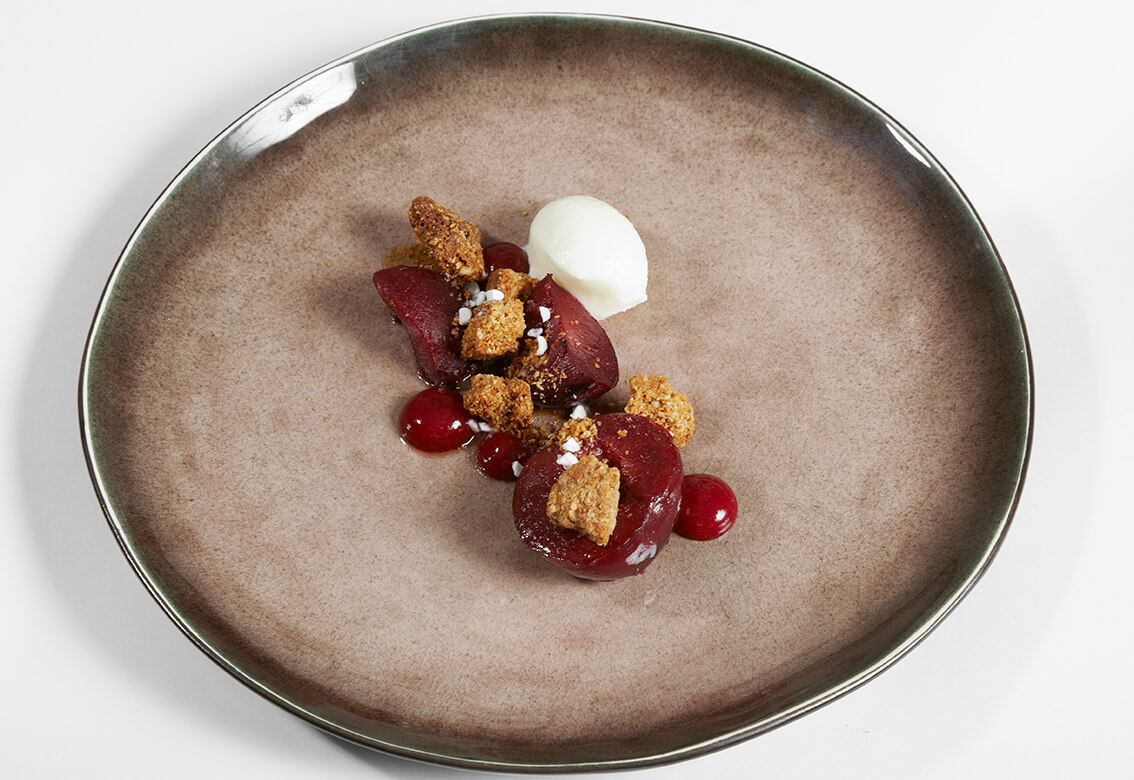 If this is the future of hotel restaurants, then it’s about time they were taken very seriously by discerning diners. The food was fantastic, as was the hospitality, but it was the elegant setting of Dukes Hotel which really pushed the restaurant into another league. All this luxury doesn’t come cheap though. At £75 for the tasting menu (£105 with matching wines), it’s one to save for a truly special occasion – or a very generous date.

For more information or to make a reservation at Thirty Six By Nigel Mendham please call 020 7491 4840 or visit www.dukeshotel.com 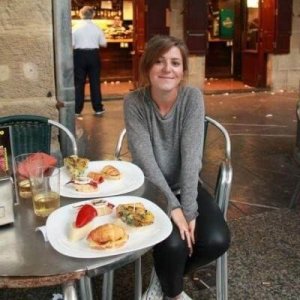