One of my most treasured childhood memories is landing from a flight from New York (3am UK time), and heading to a quiet Japanese restaurant with solely Japanese businessmen eating there, my mum pepping me up with a glass of coke, and eating what I would later appreciate as the freshest, silkiest sushi. This is where the  love affair with raw fish for this precocious young girl began. But as sushi started to become more popular, it just quite simply got a lot less, well, tasty. Refrigerated, made with machines, limp and a bit tasteless. There is nothing wrong with a bit of high street sushi sometimes, but I’ve been itching to eat the real deal for sometime. So it was with childish glee I headed for sushi at Kikuchi, a long standing and established Japanese restaurant where the food is a sublime, and a wholly different entity to the fast food cheap podges of rice we call sushi today. 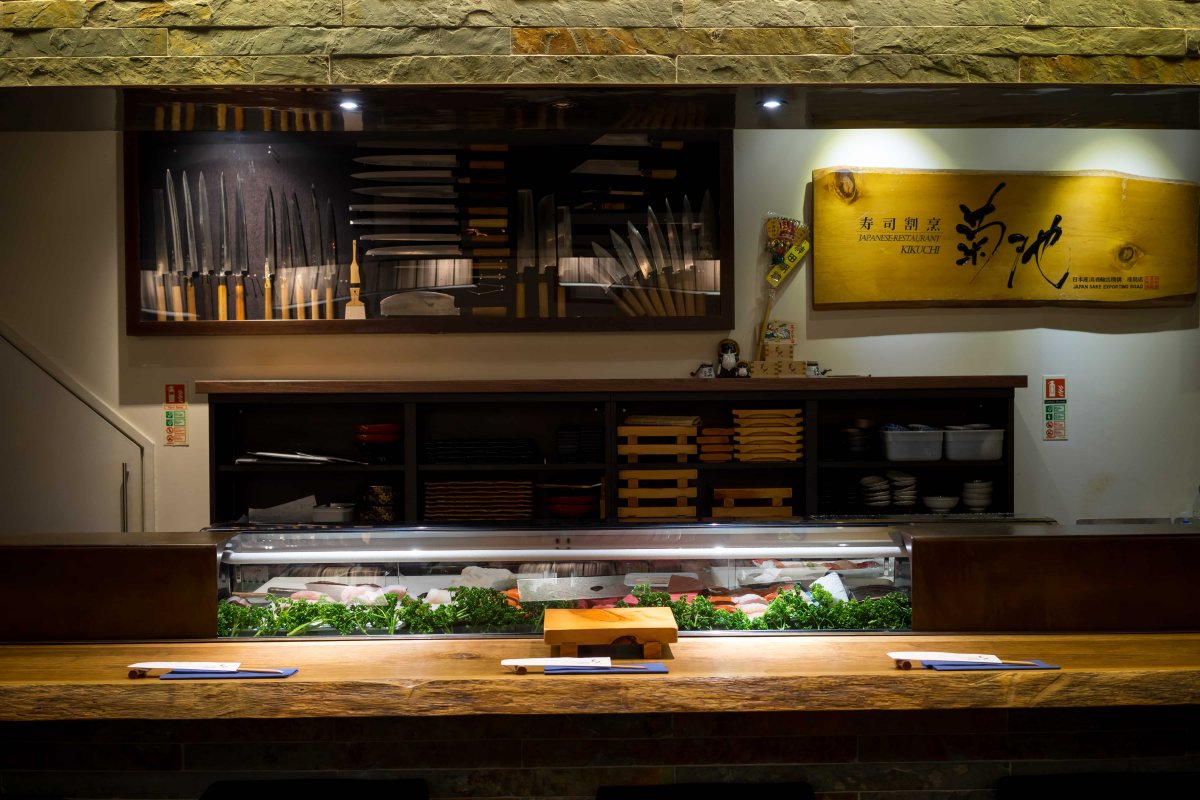 Kikuchi isn’t the place to go for a boisterous loud meal with all the vibes. Located down an alley-like street by Tottenham Court Road, the kind of street you might dart down to hide from an old lover or as my companion informed me, fall asleep in a rubbish bin when wasted. You feel like you are discovering a gem the moment you arrived, a destination in the little black book of secret spots you whip out to impress seasoned foodies. It has the atmosphere of a temple; the chefs are stood like priests carving the freshest fish you can find. Top line: it’s very very good sushi. 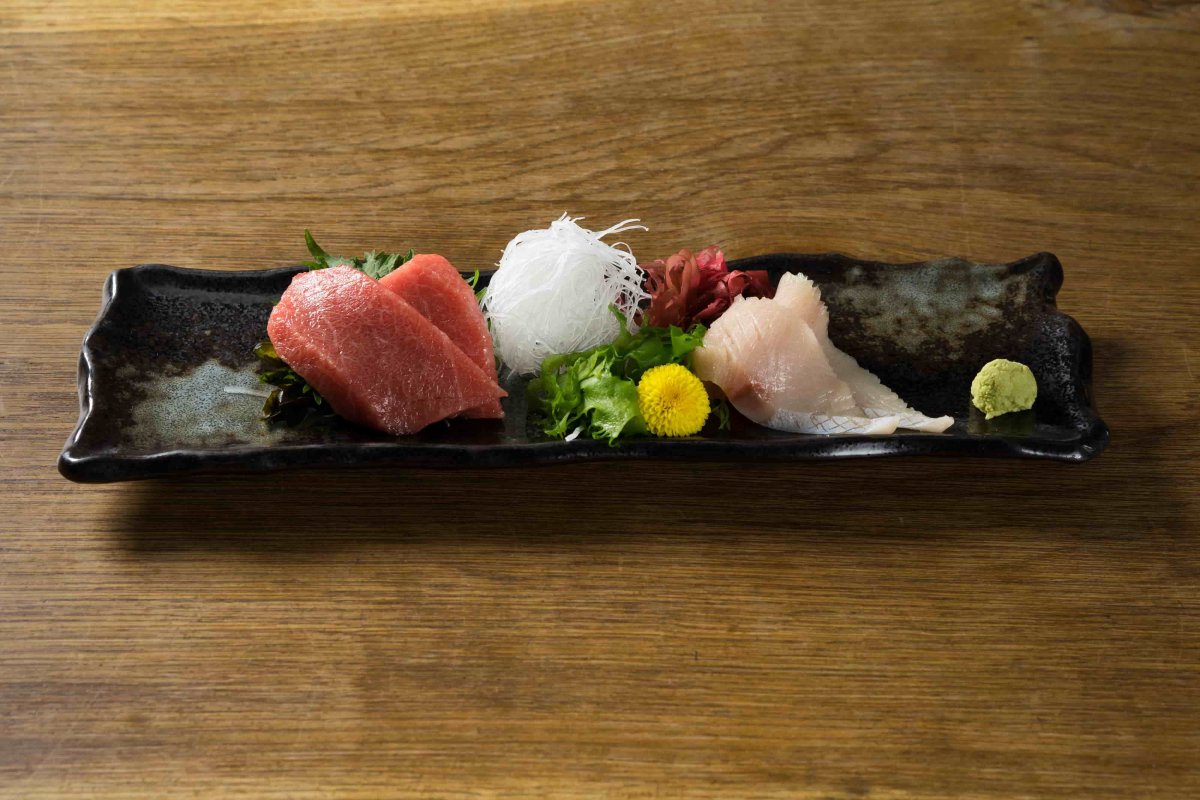 Go for the tasting menu, which starts with the saucy warrior of all sashimi, toro, fatty tuna in a meal that moves intelligently from delicate sashimi, to monkfish liver served with a tangy citrus sauce, to silky soft scallop sushi to fried scallops all artfully prepared. When you think it can’t get any better, wagyu beef from Japan arrives, the finest grade of meat with a miso nom nom sauce. Everything was delicious, even the jewel bright orange salmon eggs that I avoid like the plague compelled me to munch on them, and they turned out to be little balls of exploding pleasure. Apologies for the gushing, but when you eat a really good piece of sushi, it just gets VERY serious. 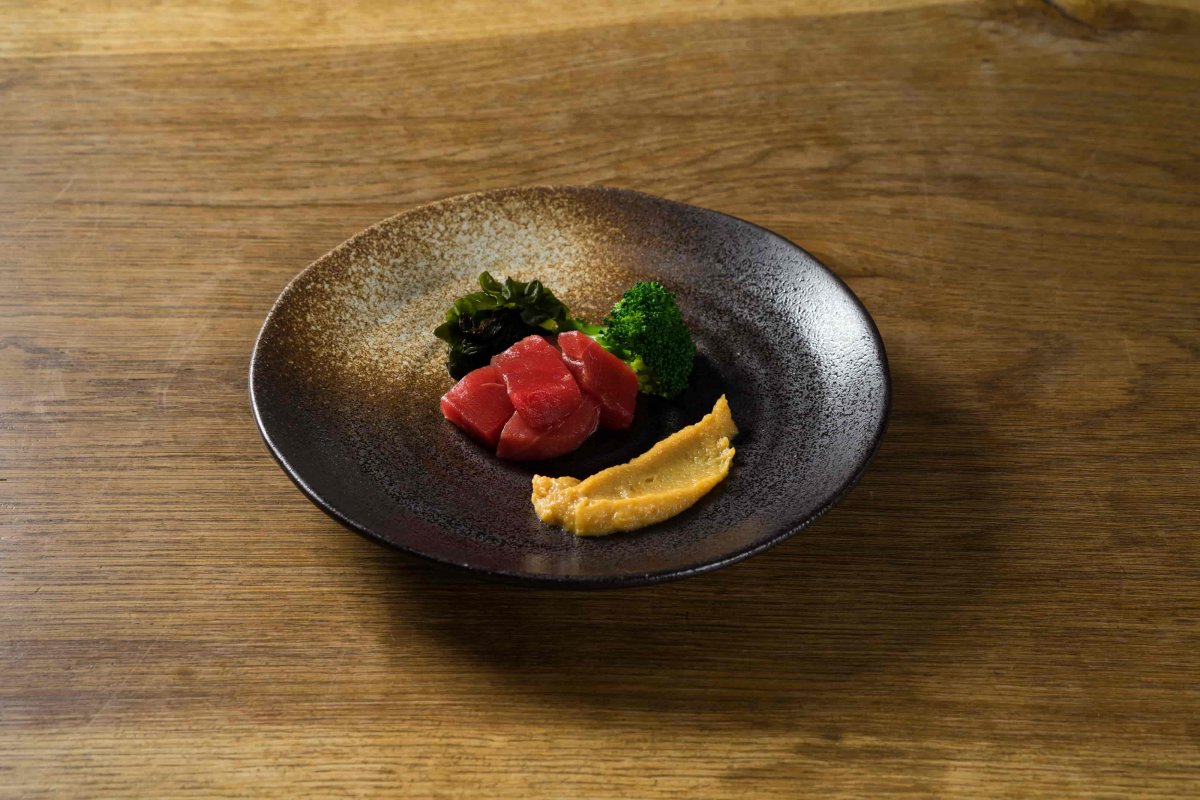 For the gluten-free, no need to bring your bottle of tamari (maybe that’s just me) instead of the gluten soya sauce, as Kikuchi make their own on the premises.

Japanese are not known for their puddings, but finish with a palate cleansing deeply refreshing green tea and red bean ice cream. The tasting menu comes with sake pairings that compliment and soar the flavours whilst leaving you warm inside as you battle back out of the sushi sanctuary.

This is sushi that deserves silence, a pause, an audience. It’s even a meal to get a little bit emotional about. For some, it’s a spicy tangy curry, for others a tender piece of meat, but for me it has always been a piece of sushi. We implore you to visit Kikuchi, it’s raw fish in her finest of shows.