If I told you I’d just been to ‘the blue dim sum place’ in London, you might know exactly where I was talking about. Launched in Soho in 2004, Yauatcha gained immediate critical acclaim and received numerous prestigious awards including a Michelin star. Unlike other London hits though, this one has stuck around and was later joined by Yauatcha City, a vast semicircle pantheon to Asian cuisine that overlooks the city passing by below. 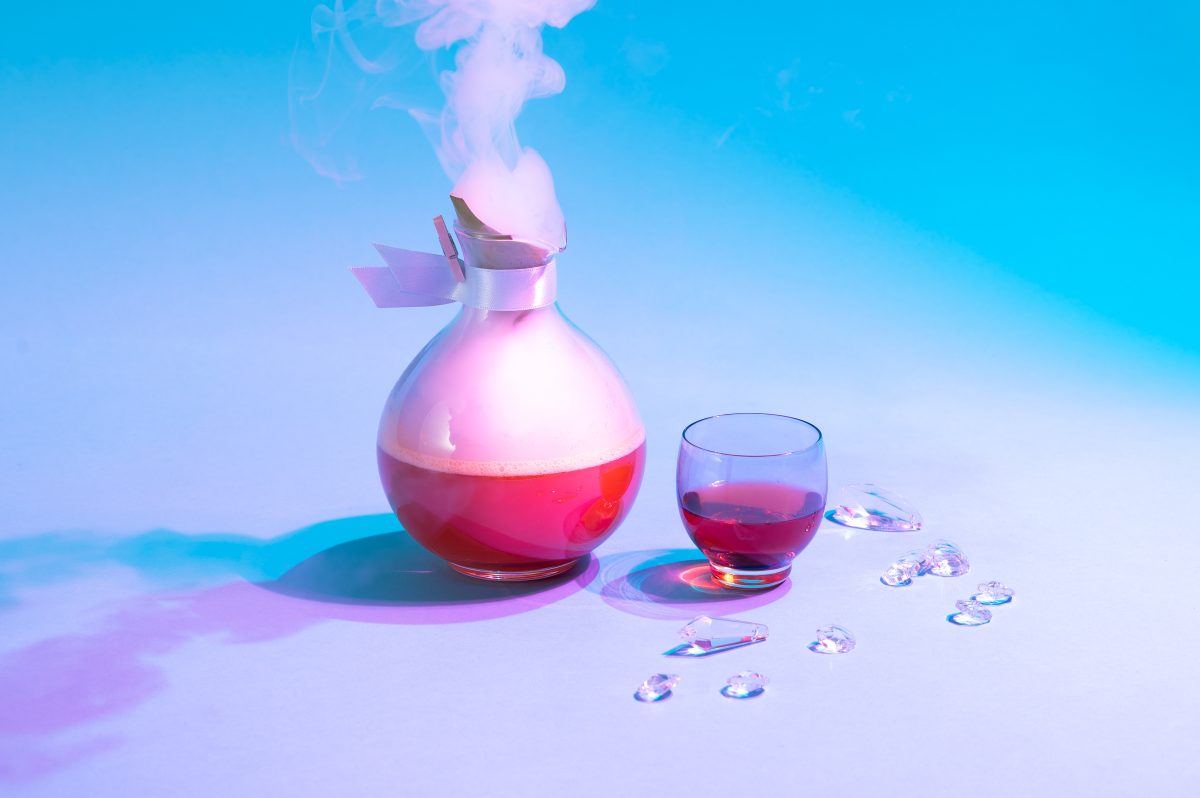 If you’ve heard of Yauatcha you know what you can expect there; the renowned menu includes a wide selection of dim sum and a list of over 24 types of tea. Then there’s that signature dessert bar as you enter, displaying delicacies like diamonds ready to tempt any passer-by. We were here to see Yauatcha City’s winter terrace, in collaboration with Moët & Chandon (there’s plenty of it here), and they’ve also created three brand new cocktails, one of which is hot, as well as new Winter dishes. 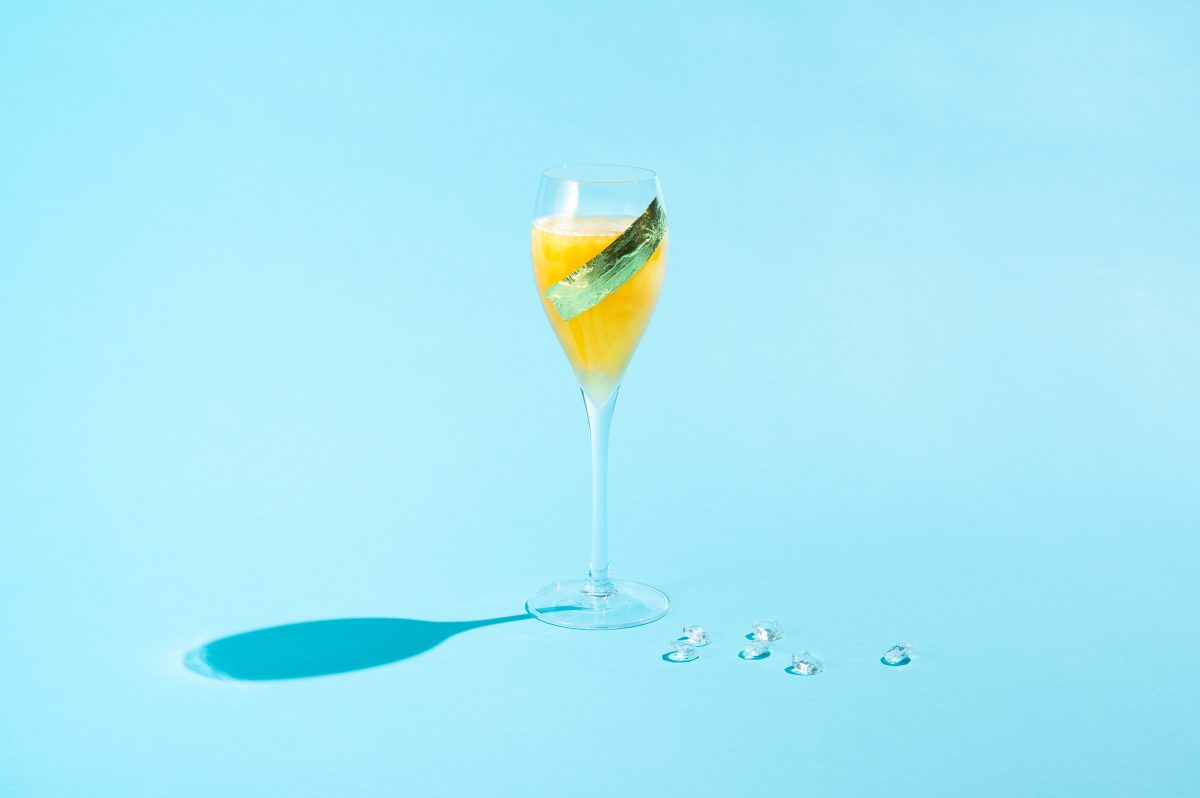 The terrace itself consists of two covered and heated floors decked out with faux fur rugs under hanging chandeliers and fairy lights. Then there’s the new food and drink. The Yauatcha bar team have created three cocktails to be enjoyed on the terrace.

The Golden Spice Warmer, a hot cocktail with Hennessy VSOP cognac, Akashi-Tai sake, Samurai black tea, cinnamon, lemon, orange and Angostura bitters; the Harbin Royale with Moët & Chandon Brut Imperial, Belvedere, elderflower and limoncello; and the Gingerbread Espresso Martini with Belvedere, Bordeaux Distilling Company cold brew coffee, fresh espresso and gingerbread. We had the Golden Spice Warmer and Harbin Royale, both were decadent winter drinks, with unusual but alluring flavours. The golden spice was the best of the two as we did feel it’s hard to beat a glass of champagne on its own without the additions.

Yautacha Ice City: What to Eat 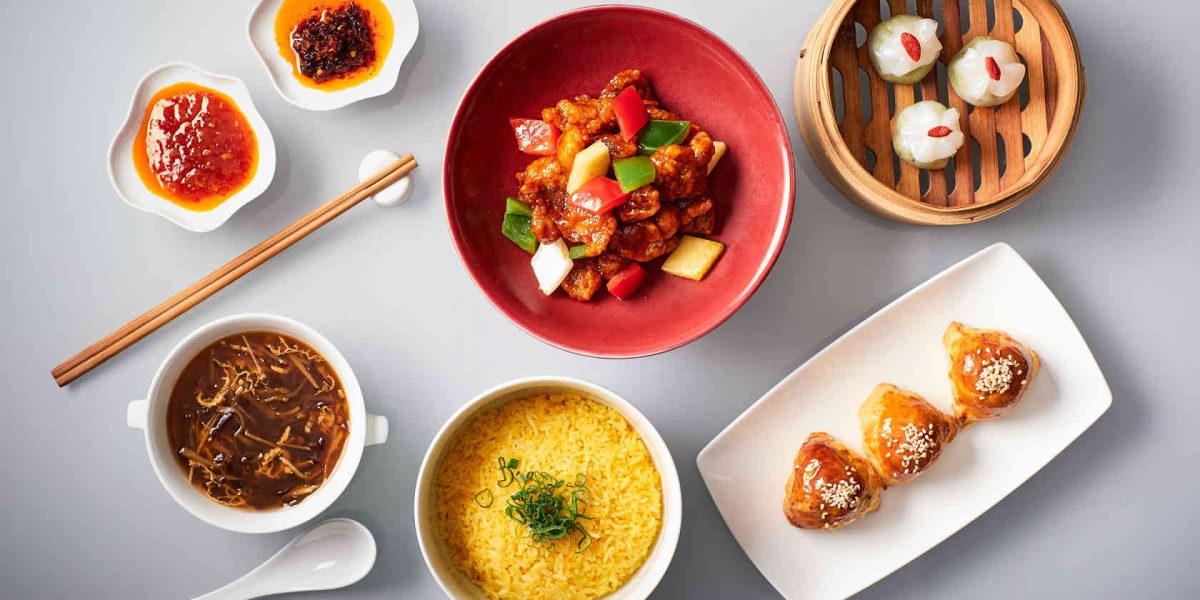 Speaking of additions there are new arrivals of the food front too. The Iberico pork truffle siu long bun was beautifully balanced – a rich flavour of truffle coated deliciously soft and succulent pork.

Meanwhile, the drunken chicken and prawn wontons were crunchy and hot and everything you’d want on a cold night out. Alongside these new additions, we opted for the set menu “Spirit” (£65 per head) which gave us a little bit of all the best. The highlights included stir-fry scallop and prawn with asparagus, and chilli pepper sauce as well as the ever heralded dim sum – the Seafood black truffle dumpling are the pick of the lot.

With food this good there’s no sign of ‘the blue place’ going anywhere, and with the new winter terrace providing a haven for dim sum deliciousness, now there are even more excuses to give it a go.

Yauatcha City’s covered and heated terrace, Yauatcha Ice City, is open now until March 2022. Bookings can be made online via the website here.