Bao always feel like a fun meal. Probably because there’s something quite novel about eating cartoon looking food, or maybe it’s the fact that it’s a whole meal cleverly sandwiched into a white, squishy, cloud-looking pouch. There is no shortage of bao places in London, but it doesn’t mean there’s not room for one more. Enter, Baby Bao. Already a mainstay on the Brighton food scene, they’ve recently opened in the capital (in the slap bang central location on Haymarket) and have brought with them a playful oriental menu spearheaded by Chef Adrian Geddes. 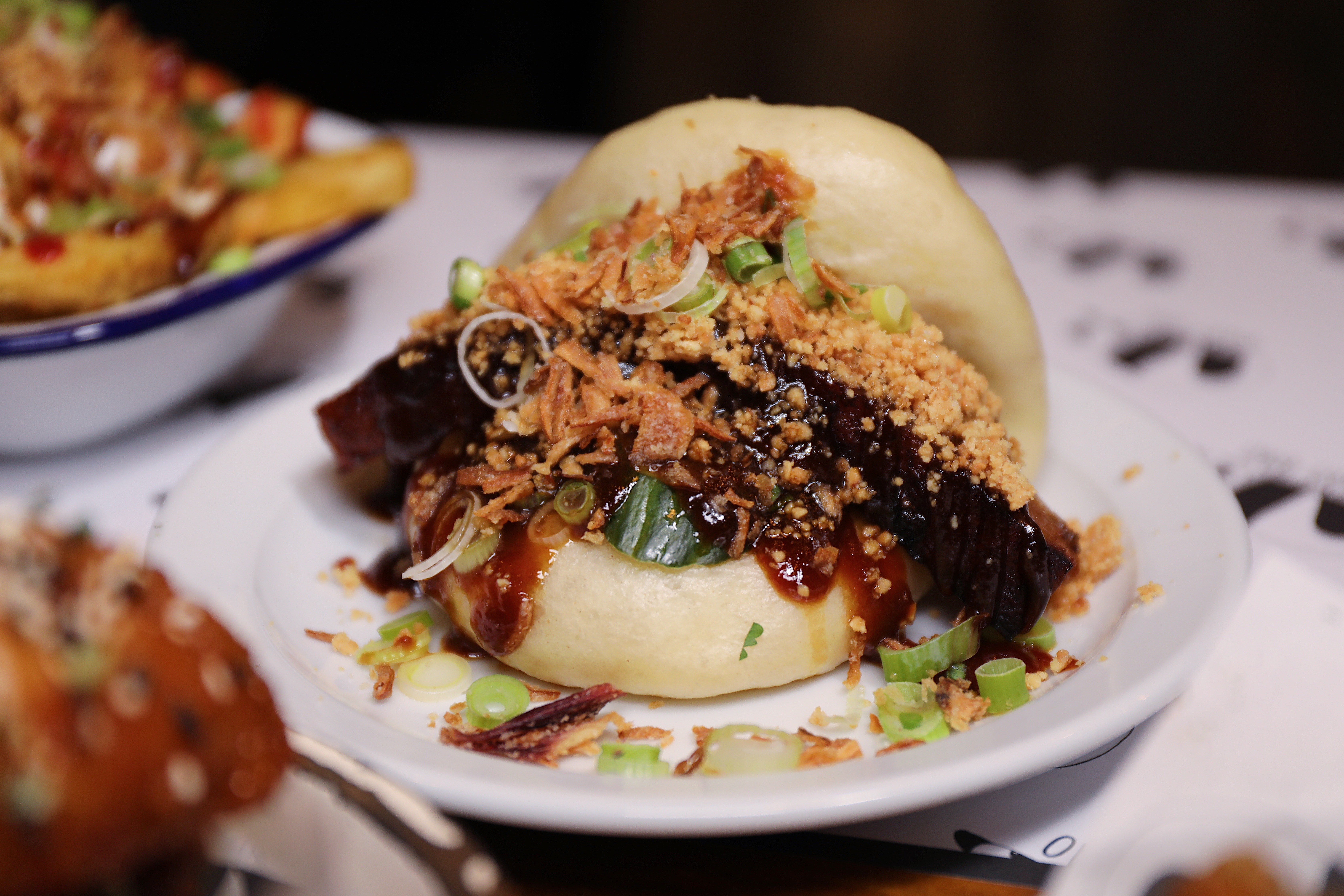 The irony of this restaurant is that the bao are anything but baby. They’re large. Massive, even. We’ve never seen bao like it. Like GMO bao. With bao, it’s alway best to stick to the Asian flavours  – and the roast pork belly with hoisin, peanuts, cucumber and spring onions – a nod to that. These fluffy buns had it all going on: sweet, savoury, and soft in one mouthful. And props to anyone that can eat this gracefully.

Another meat-led bite was the fried chicken bao, which was served, controversially, as a bao burger. Judgement aside, the light bao packed a flavourful punch – with the crispy skin and spicy gochujang mayo contrasting nicely with the soft, cushiony bun.

The smoked tofu bao, with accompanying smoked mayo was a little on the rich side, and was so smokey I wondered if I’d locked my lips around a B&Q BBQ. For a veggie bao, don’t stray from the mushroom creation with sweet n’ sour miso mayo, crispy shallots, scallion and pickled carrot. 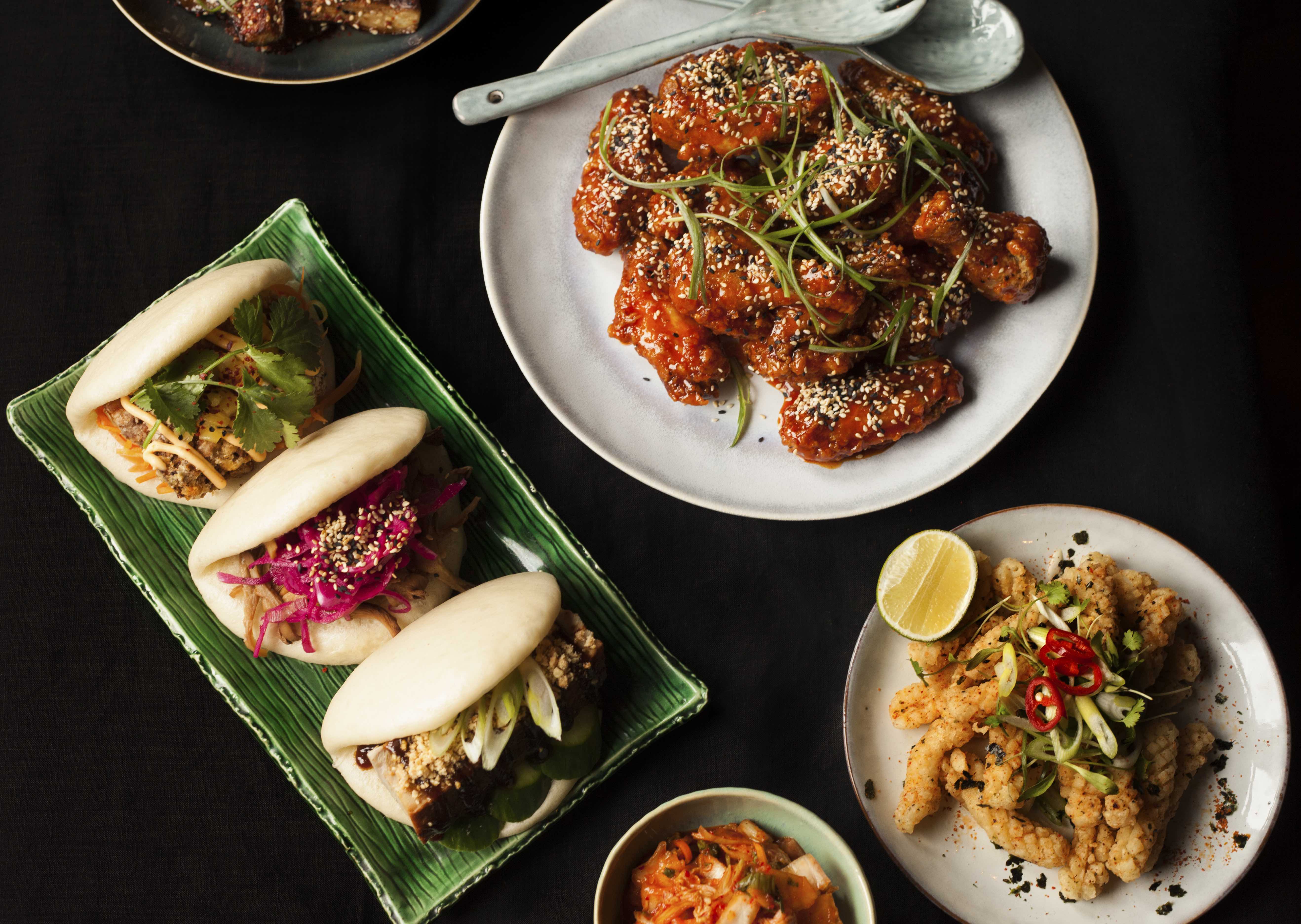 Sides are abundant, and feature everything from Gochjang mac n’ cheese (a fancier way of saying spicy mac n’ cheese), and loaded fries, topped with kimchi, Siracha, duck and pineapple. What you need to order is the sweetcorn and nori poppers: deep-fried nuggets with hunks of sweetcorn, seasoned with a light coating of seaweed. Think of a crispy jacket with hot, loaded kernels inside. A menu fail-safe. The roasted aubergine with soy and sesame was another stone cold classic, but the Karage fried chicken pieces, which I wanted to like so badly (because, fried chicken is the best thing quite possibly since sliced bread), were dry and not on the good side of crunchy.

Food aside, the drinks menu featured a strong beer line-up from breweries like Beaverton, Pressure Drop, Red Church and Northern Monk. Hoppy IPAs, dark stouts and fruity saisons are all here for the asking. And if pints aren’t your bag, there’s a refreshing selection of cocktails (the Dixie Dragon made with chilli and lemongrass infused gin, lime and sugar is a winner), and wine available by the glass. 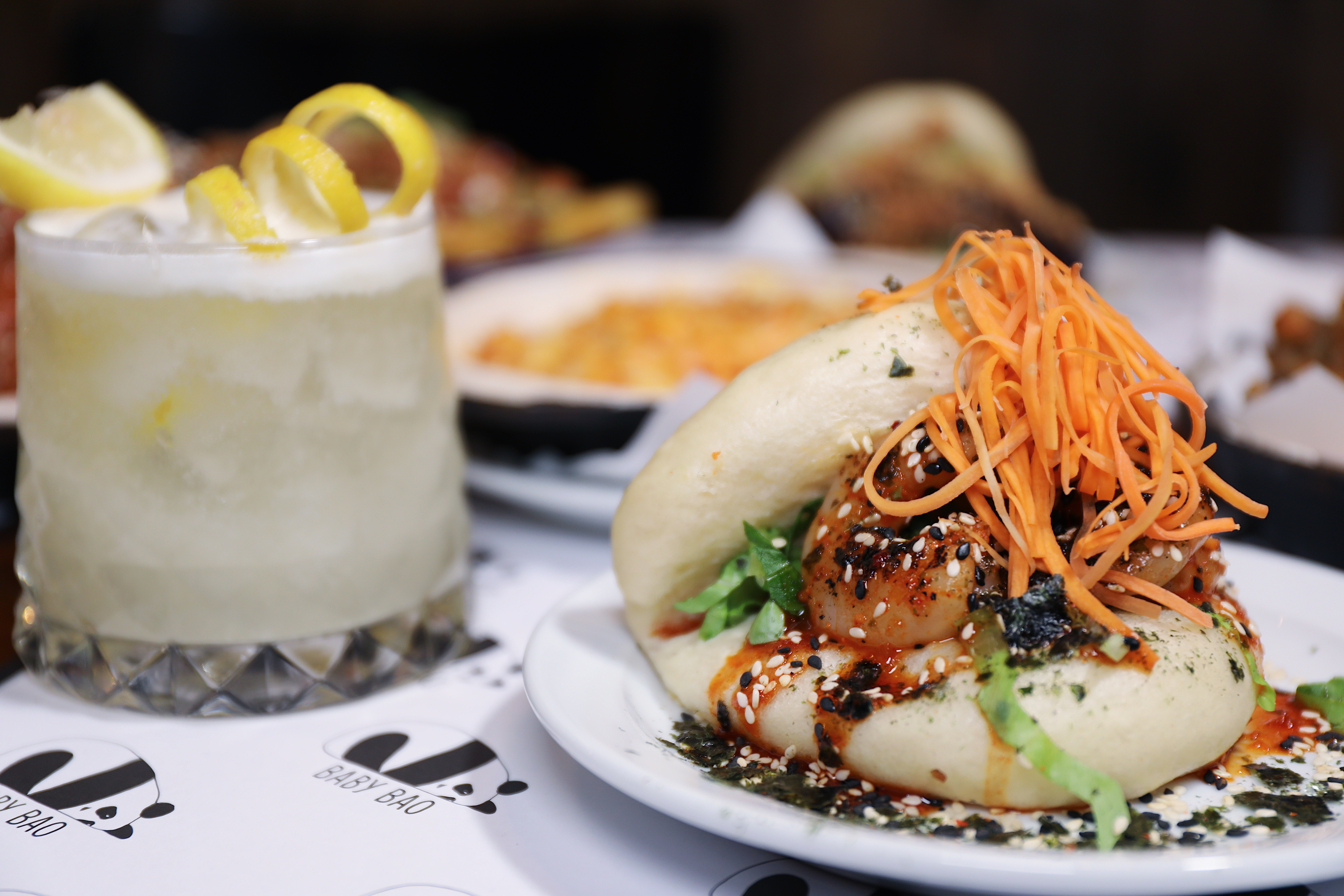 Baby Bao may not be in the same league as the bao heavyweights in London, but with their loaded fluffy pillows there’s good reason why they can’t work their way up the ranks soon. Stick to the classics, order a few bevs, and you’ll have a grand time.