Food / Features / About Time: You Made Burts Chips with Vegan Sour Cream

About Time: You Made Burts Chips with Vegan Sour CreamBy Angelica Malin

Crisp lover? You’re not alone. This week, we’ve partnered with Burts for a special Burts Chips Week – expect lots of delicious crisp-themed features, recipes and a special competition giveaway. You can get involved with Burts’ Crisp Week by following them on Twitter here, Facebook here and Instagram here, and share your crisp love by using the hashtag #BurtsChipsWeek. We love the Burts Sea Salt & Crushed Peppercorn chips for a simple yet satisfying snack. Inspired by the crisps delicious flavour, Julieta Lucca has created a special vegan dip to serve at your next dinner party: 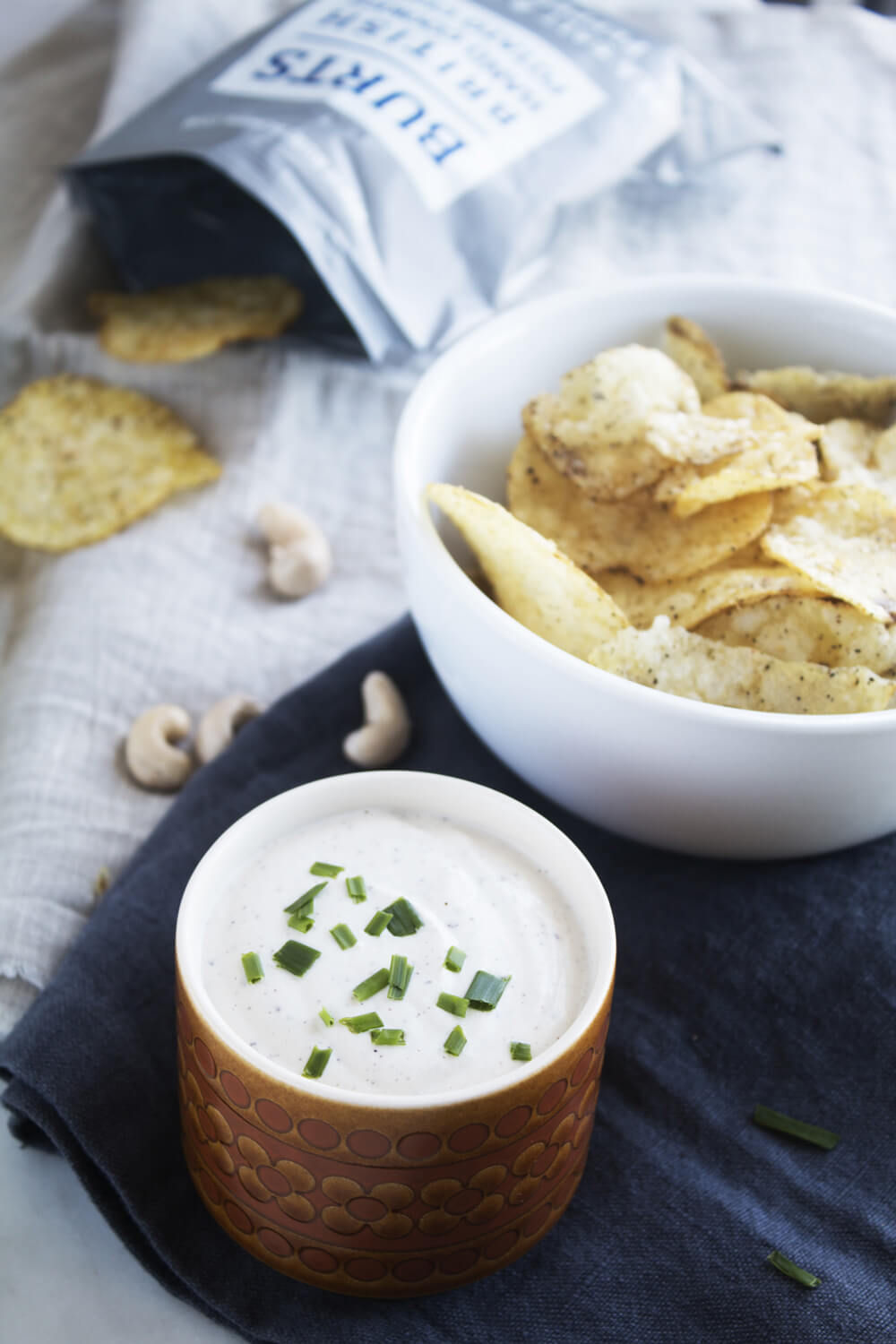 For the Vegan Cashew Sour Cream: 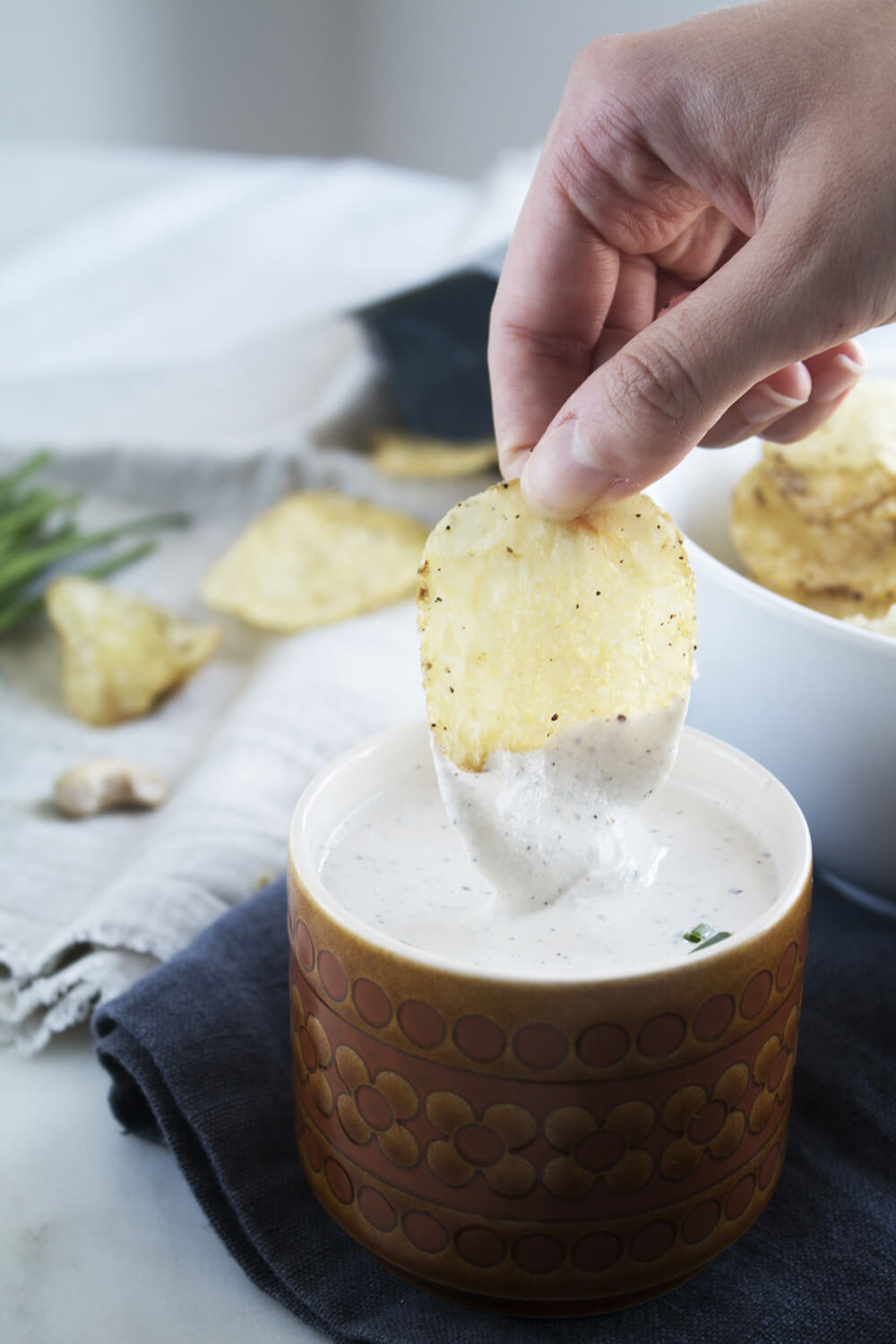 1. Start by getting all your ingredients ready to be used. Drain the cashews after they’ve been soaked in water overnight and place them in a blender together with the rest of the ingredients, except the chives. Sumac is an incredible spice used in Middle Eastern cuisine that has a lovely lemony flavour to it. Make sure you purchase good quality sumac.

2. Blend the mixture on high until it’s smooth. Taste and adjust as necessary. You may need to add more lemon juice and salt or peppers to ensure the flavours are balanced. If it tasted bland, asses what kind of flavours you can taste and decided whether you need more acidity or saltiness. Remember to add a little bit at a time, if you add too much of something you won’t be able to take it out. 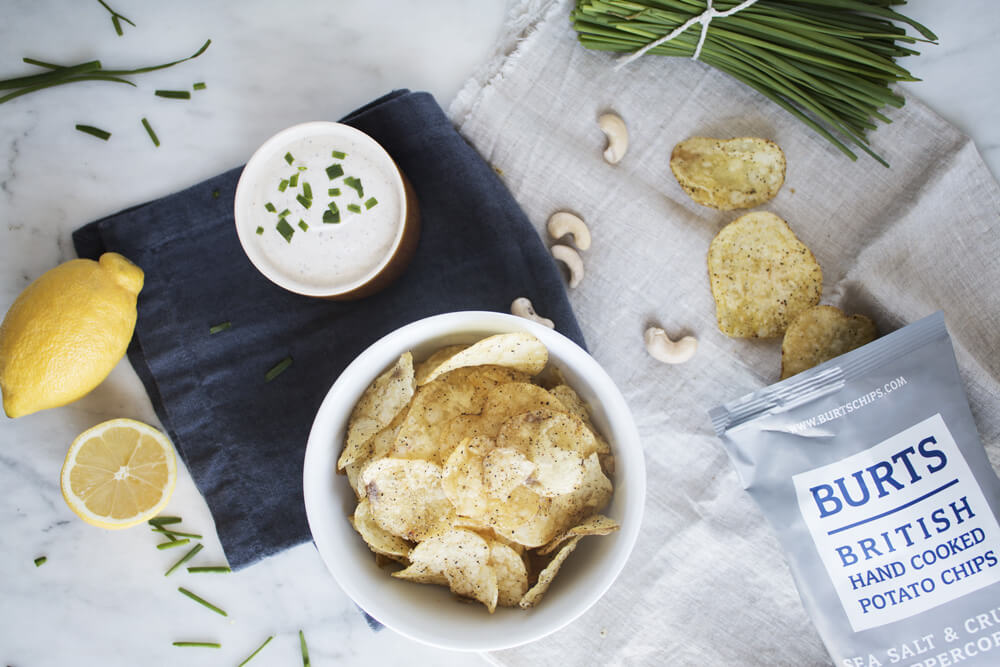 3. Place the cream in a bowl and add the chives and sumac, mix well.

4. Place in the fridge for an hour before serving, to chill. 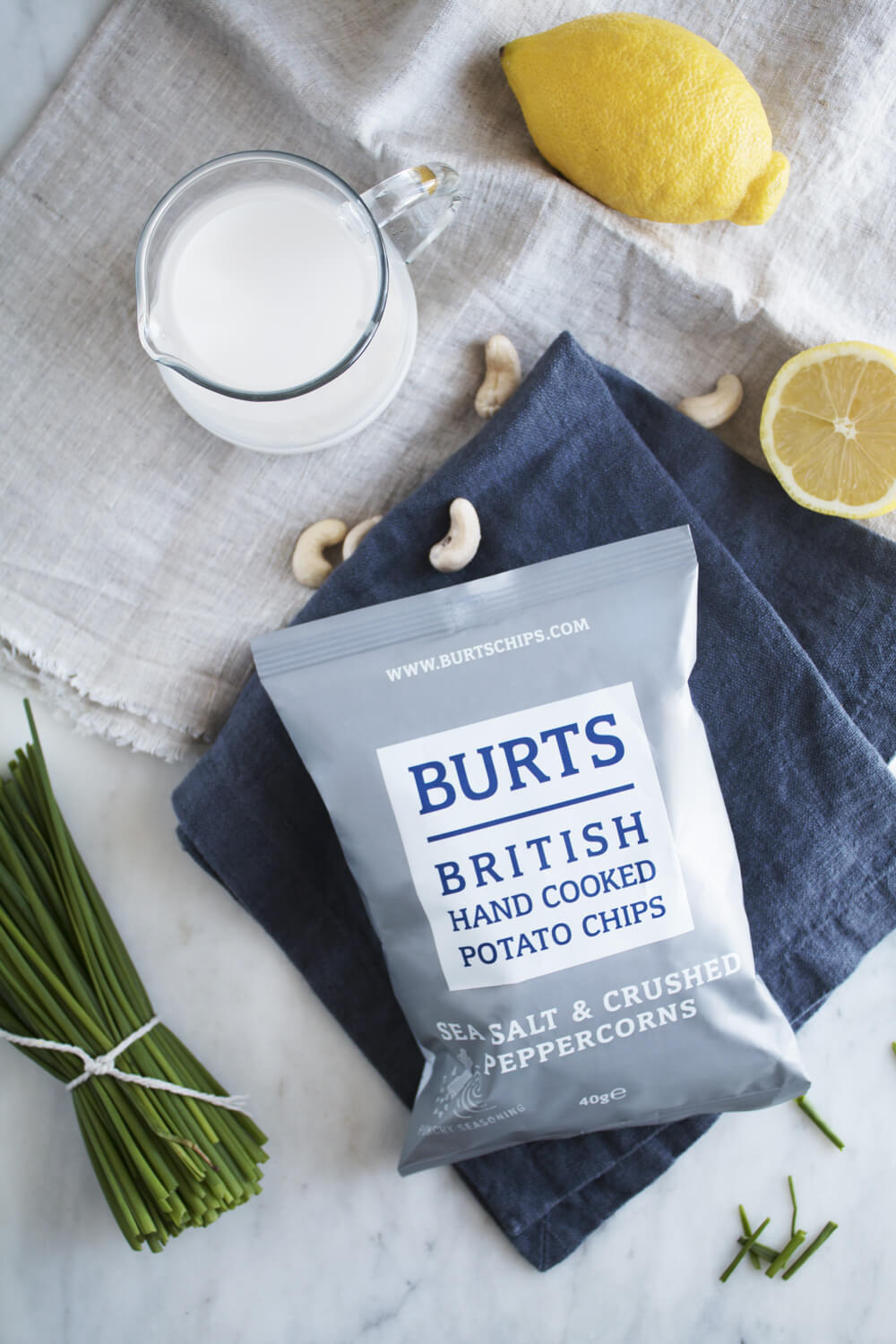