We love autumn; mellow days, ochre trees, bowls of crumble and custard, and pumpkin all day long. Literally pumpkin all day long. If, like us, you are obsessed with all things squash – here’s where to find some of London’s best pumpkin dishes from breakfast through to dinner and everything in between.

1. For a Breakfast Bite: Butterscotch London 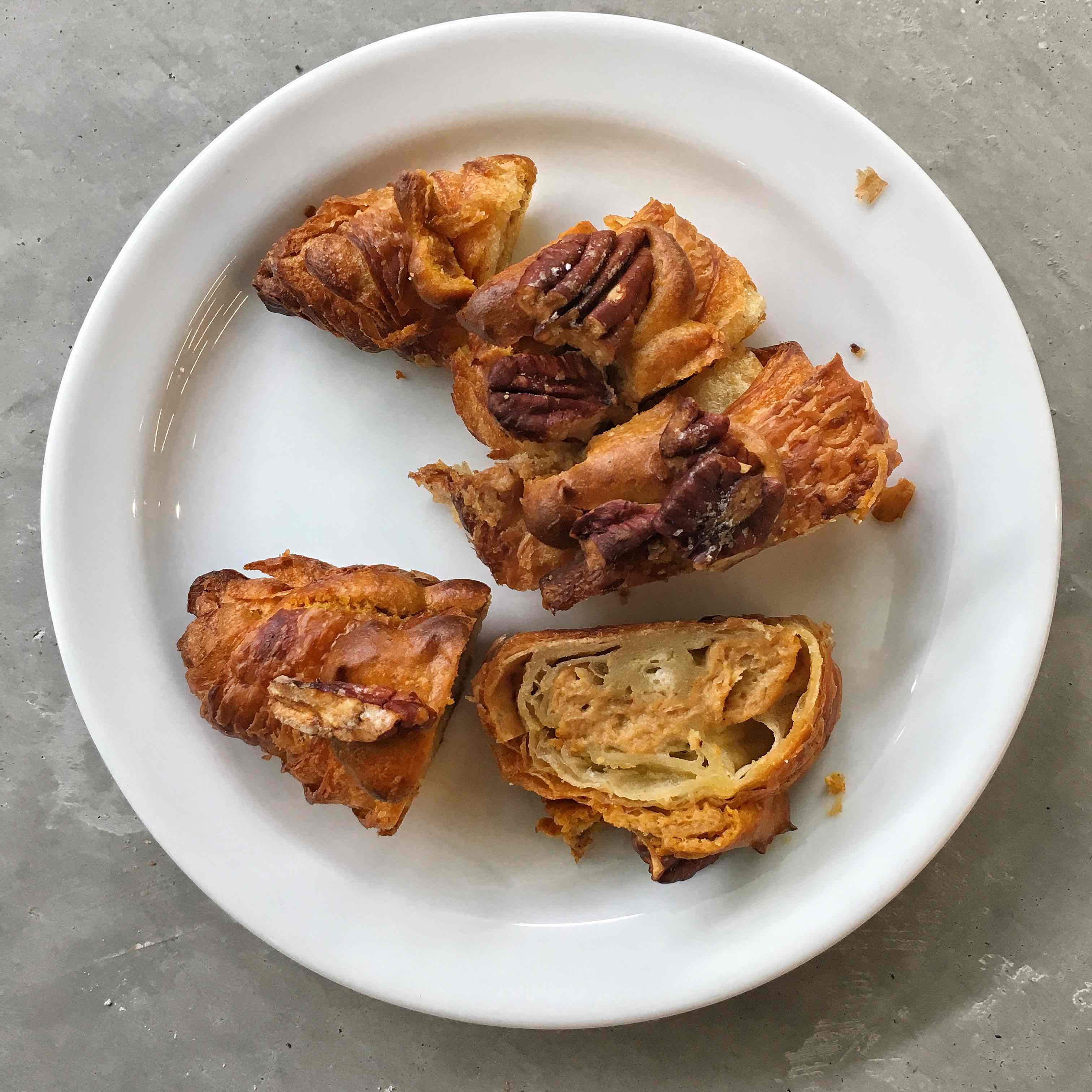 The Lowdown: Head to Butterscotch London for breakfast where Bea Vo has created an epic pumpkin pecan cheesecake croissant: a hand made croissant stuffed with pumpkin cheesecake and topped with toasted pecans. The mere fact that this creation exists had us straight on the central line to White City. 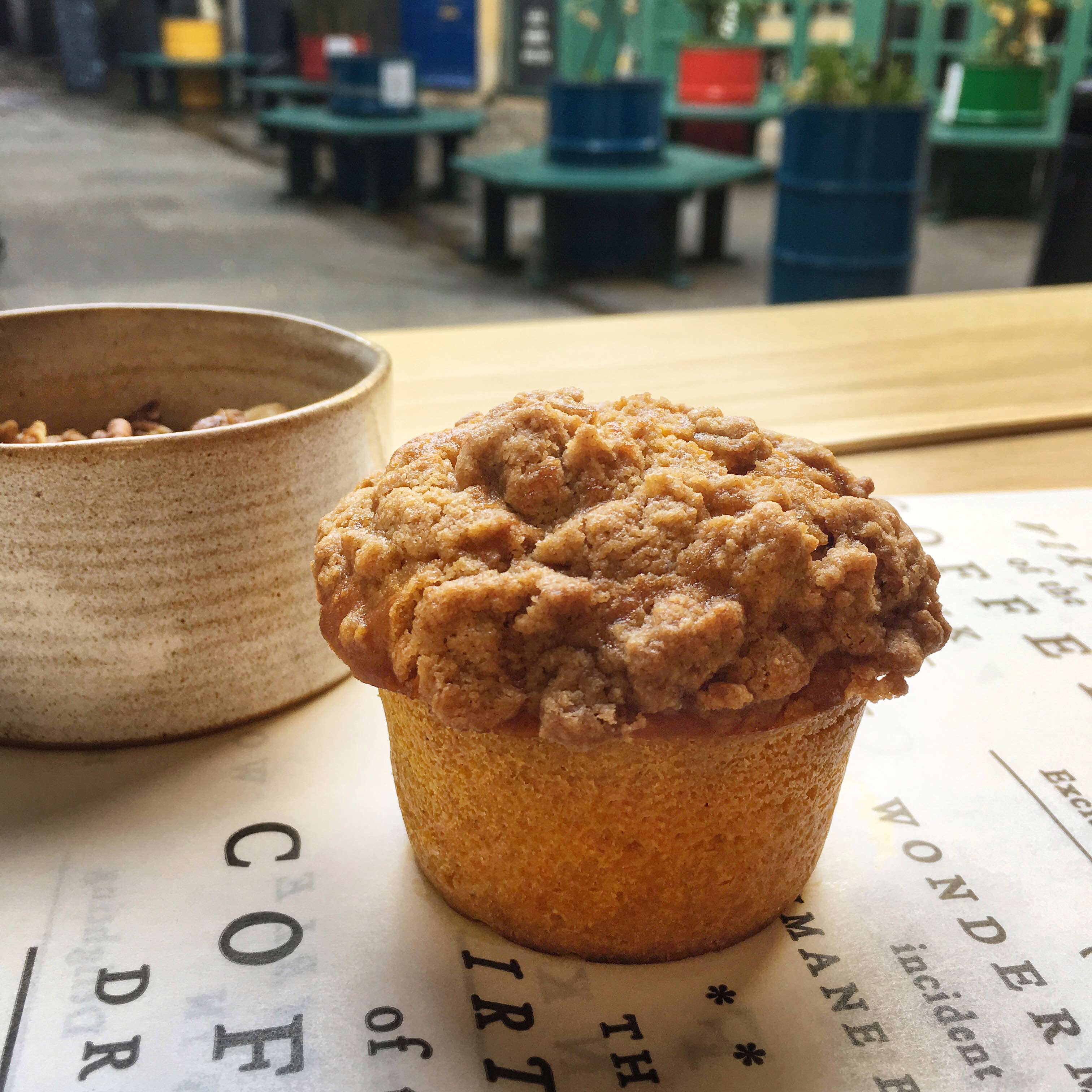 The Lowdown: From the folks that brought us The Palomar and The Barbary, Jacob the Angel’s breakfast baked goods include a pumpkin muffin with a crunchy spiced crumble topping, and will definitely set you up for the day. Get one of the tahini madeleines for the road. 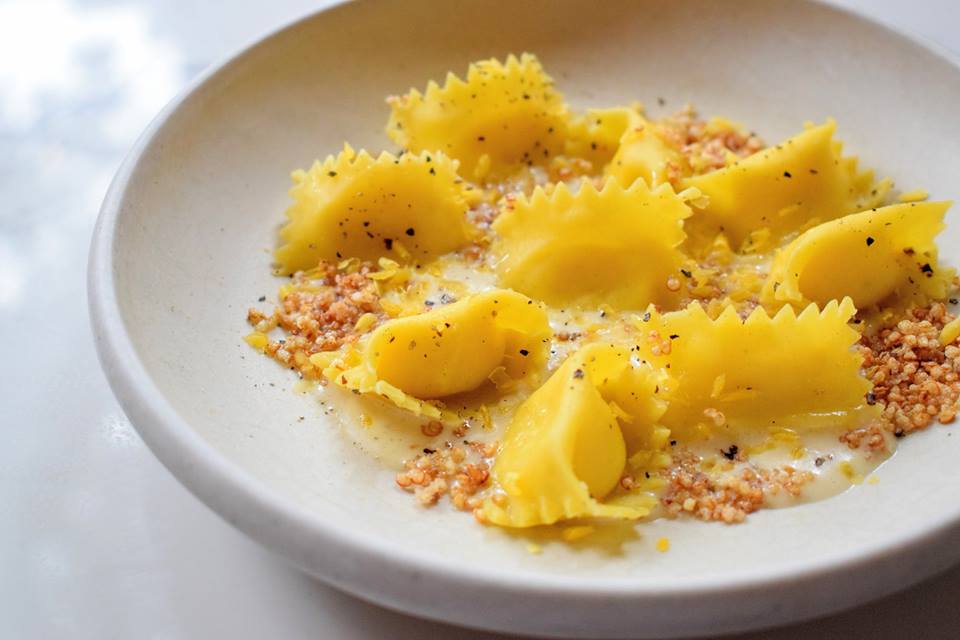 The Lowdown: At Luca restaurant, from the team behind the Clove Club – the pasta is utterly flawless – go for the delica pumpkin agnolotti with chestnut and sage for everything that is good about autumn. 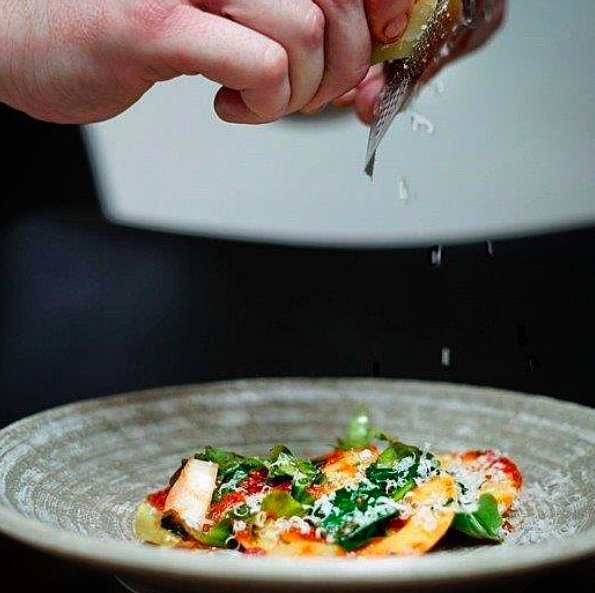 The Lowdown: Head to Picture in Fitzrovia for a plate of baked squash ravioli with pumpkin seed pesto and pecorino. We could easily order three courses of this. 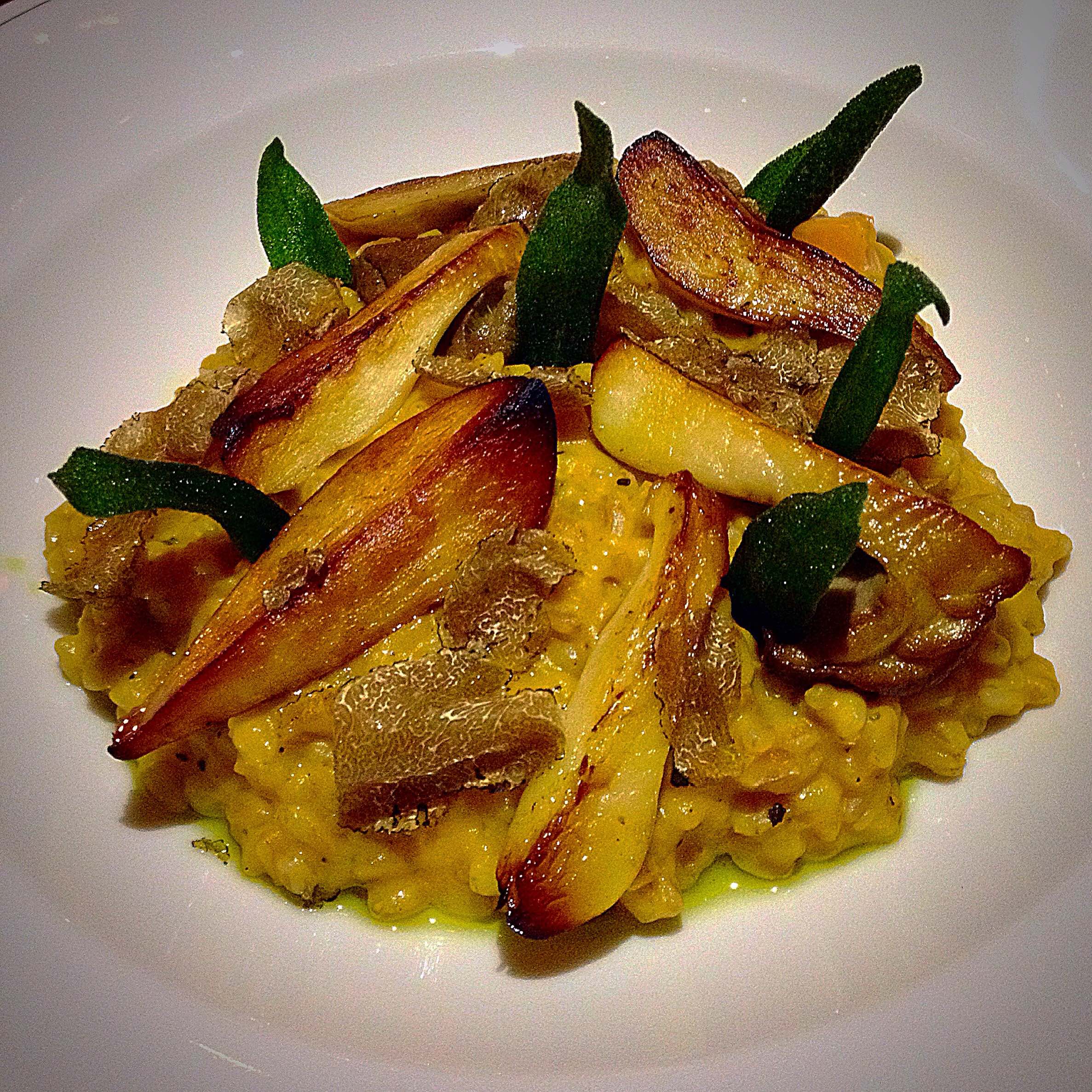 The Lowdown: There are few things more comforting than a bowl of pumpkin risotto; at the Holborn Dining Room it’s now back on the menu, featuring acorn squash with girolles in a risotto made from spelt. And don’t leave without trying some of Calum Franklin’s excellent desserts. We recommend the apple and blackberry pie with its own jug of custard.

6. For Cheese and More Cheese: 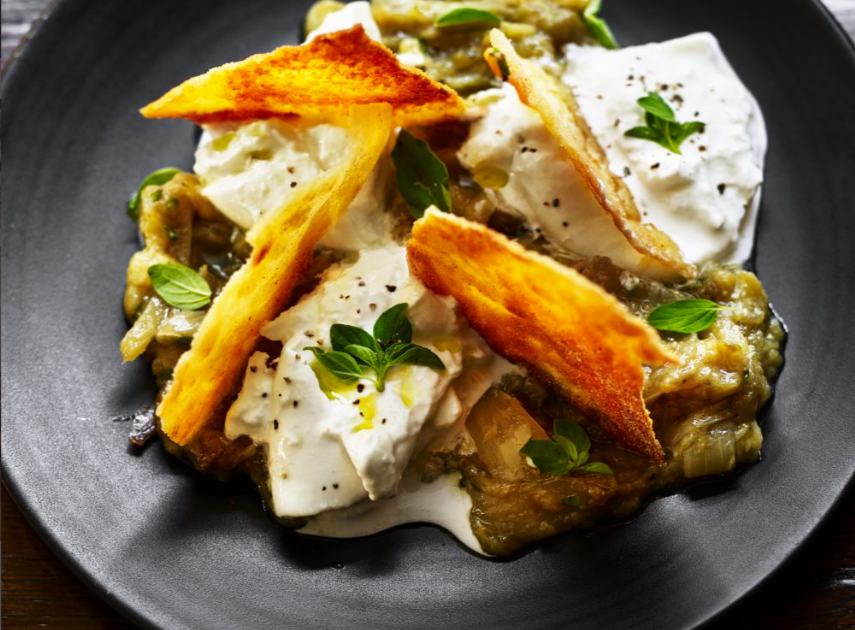 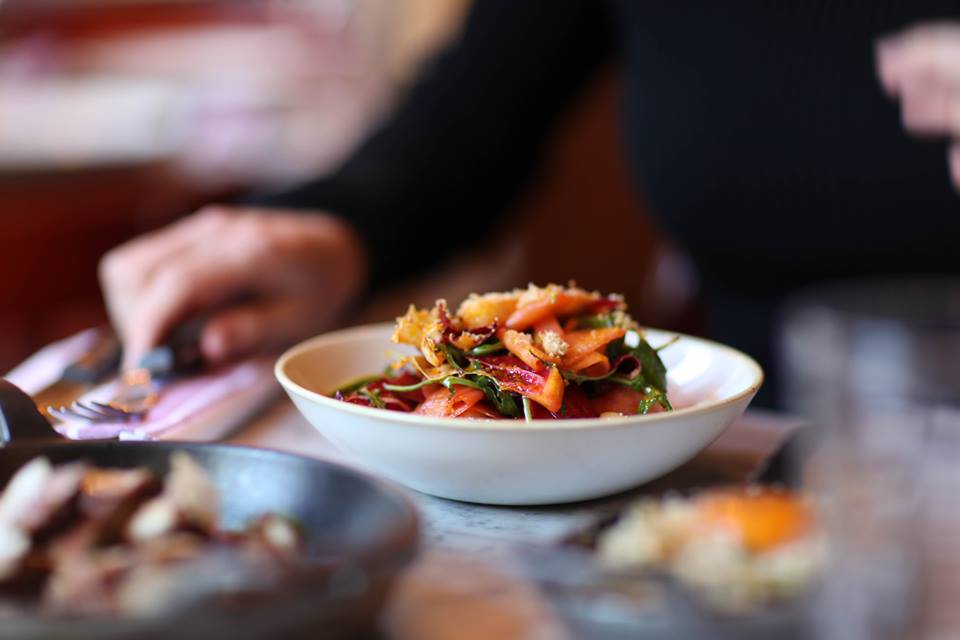 The Lowdown: Or get a Michelin starred salad at The Ninth where Jun Tanaka has paired chargrilled delica pumpkin with Fourme d’Ambert and chicory. 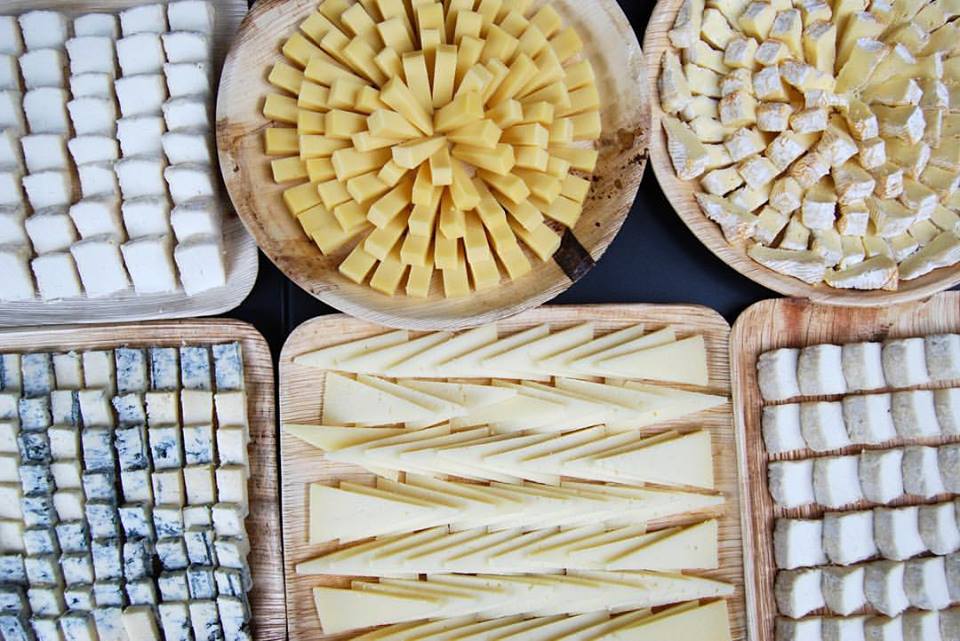 The Lowdown: For a luxe lunch or early dinner – La Fromagerie’s new outpost in Bloomsbury is offering a plate of baked pumpkin with truffle cream. Just try and resist the GIANT CHEESE FRIDGE which is handily positioned bang opposite the front door. 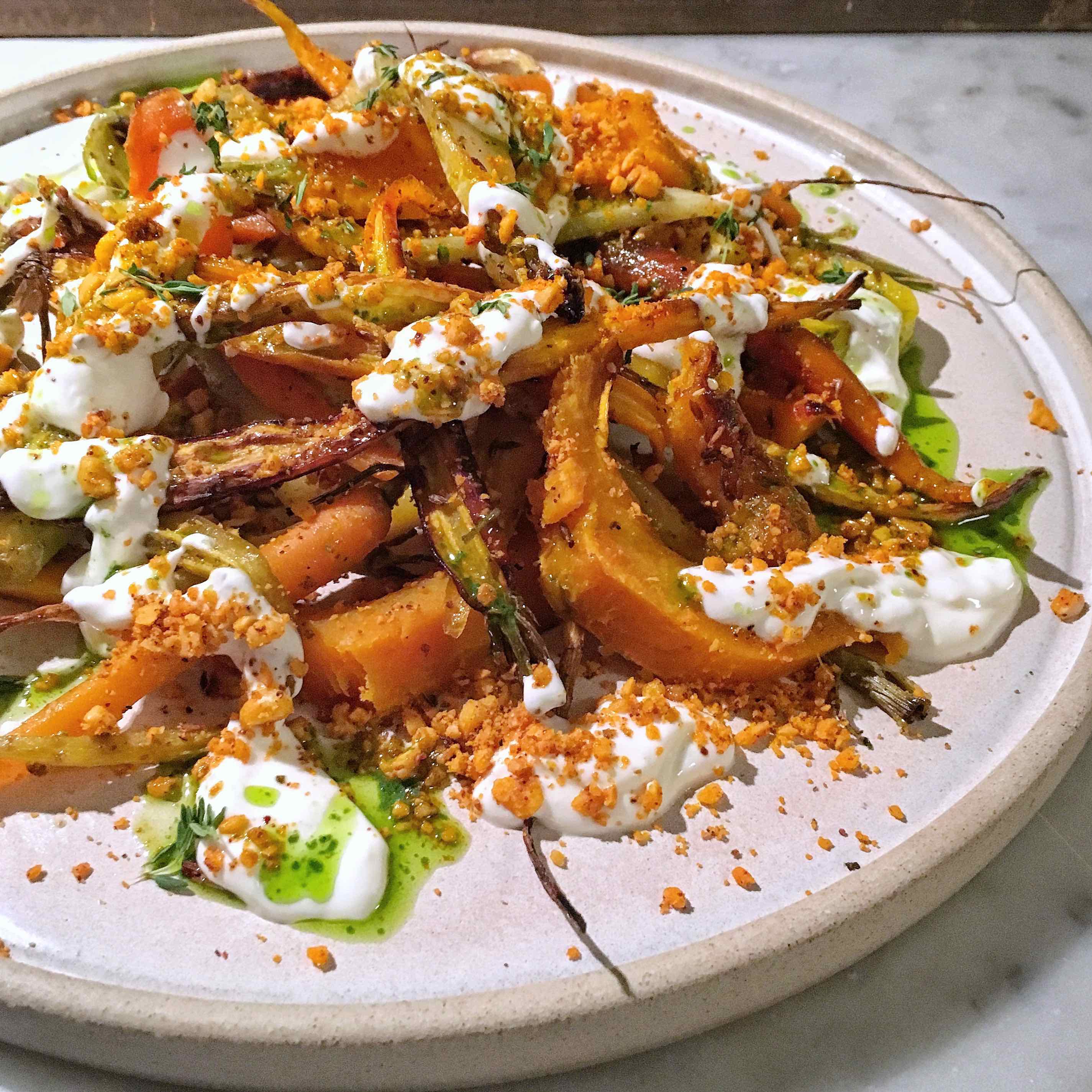 The Lowdown: For a touch of spice – The Good Egg’s evening menu features roasted Felicia squash with fermented garlic labneh and dukkah. 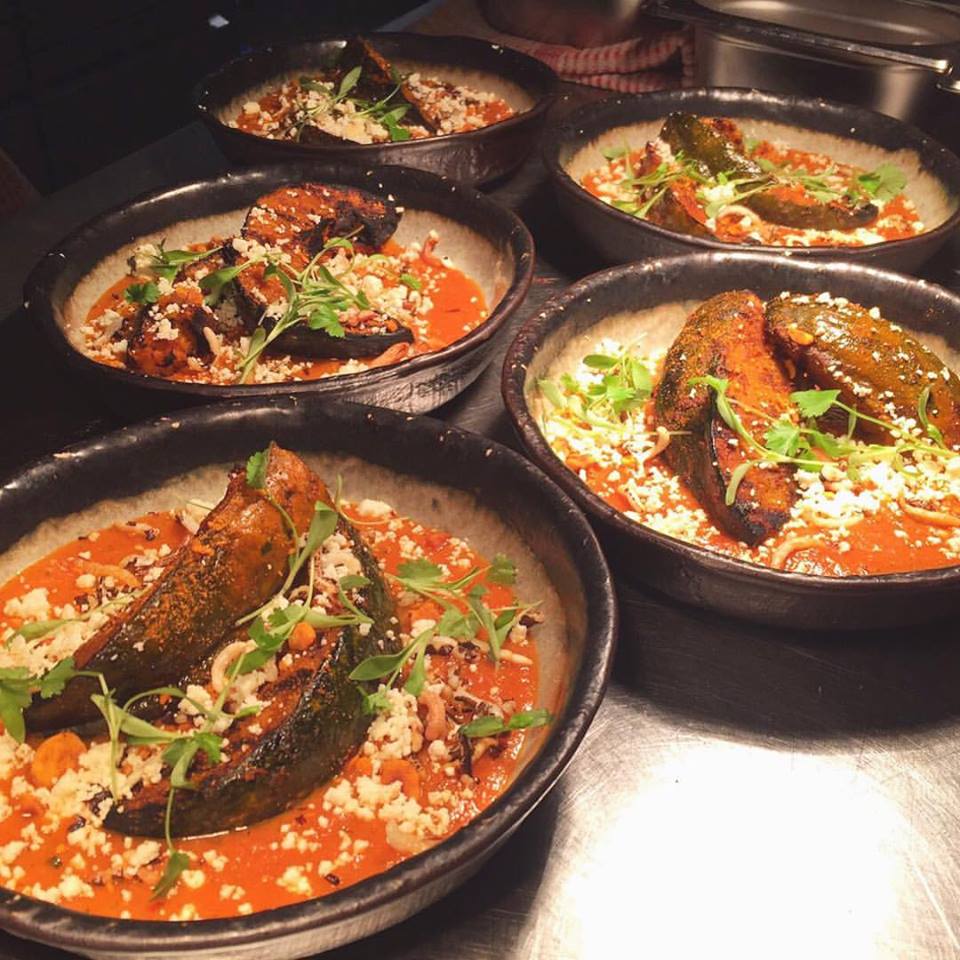 The Lowdown: At Kricket, the pumpkin in a pool of rich spiced makhani sauce, with fresh paneer and hazelnut crumble is a bowl of hearty, warming goodness.

7. For Cake: Konditor and Cook 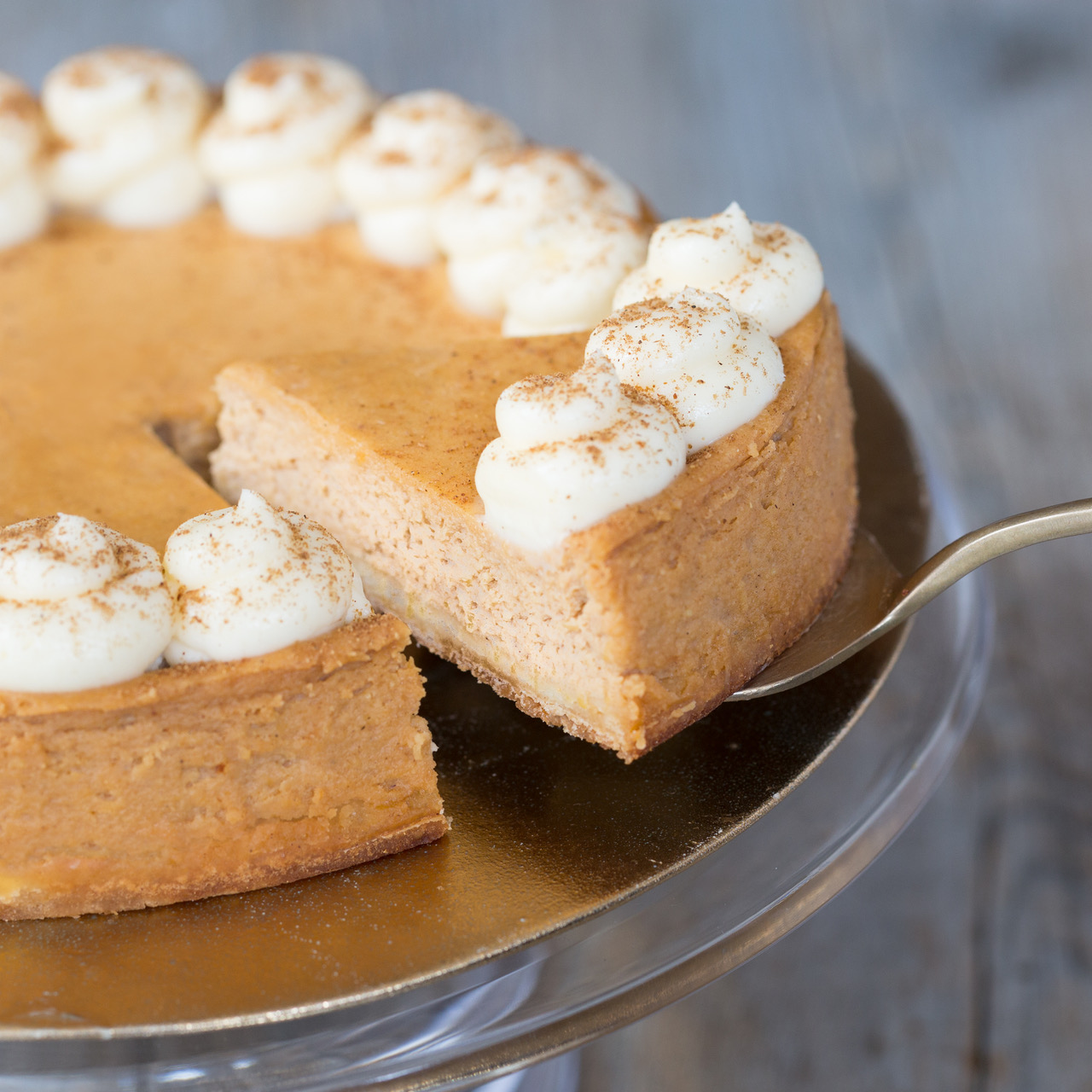 And a big high five to Konditor and Cook who’ve created some of their best cakes yet this autumn. We can’t get enough of the new spiced pumpkin cheesecake, which comes as a whole cake (too tempting!) or by the pleasingly large slice. It’s rich, creamy, perfectly spiced and topped with a swirl of cream – it comes in a mini version too. We say, where cheesecake is concerned – go big or go home.

About Time: You Discovered the Hottest New Collaborations

Order This: The Laundry’s New Brunch, Dinner and Cocktail Kits