Food / Features / Reviews / About Time: You Ate on the Roof at Century

About Time: You Ate on the Roof at CenturyBy Iona Goulder

You may never have heard of the restaurants and bars hidden behind the low-key black door of Shaftesbury Avenue’s, Century. That’s because since opening in 2001, Century has been a private members club providing a calm oasis from the bustling West End to more than 2000 of its arts and media members. However you don’t need to be a mover and shaker to give it a go, keep an eye on their website for upcoming events as these are open to all and provide a good opportunity to check out this secretive venue. 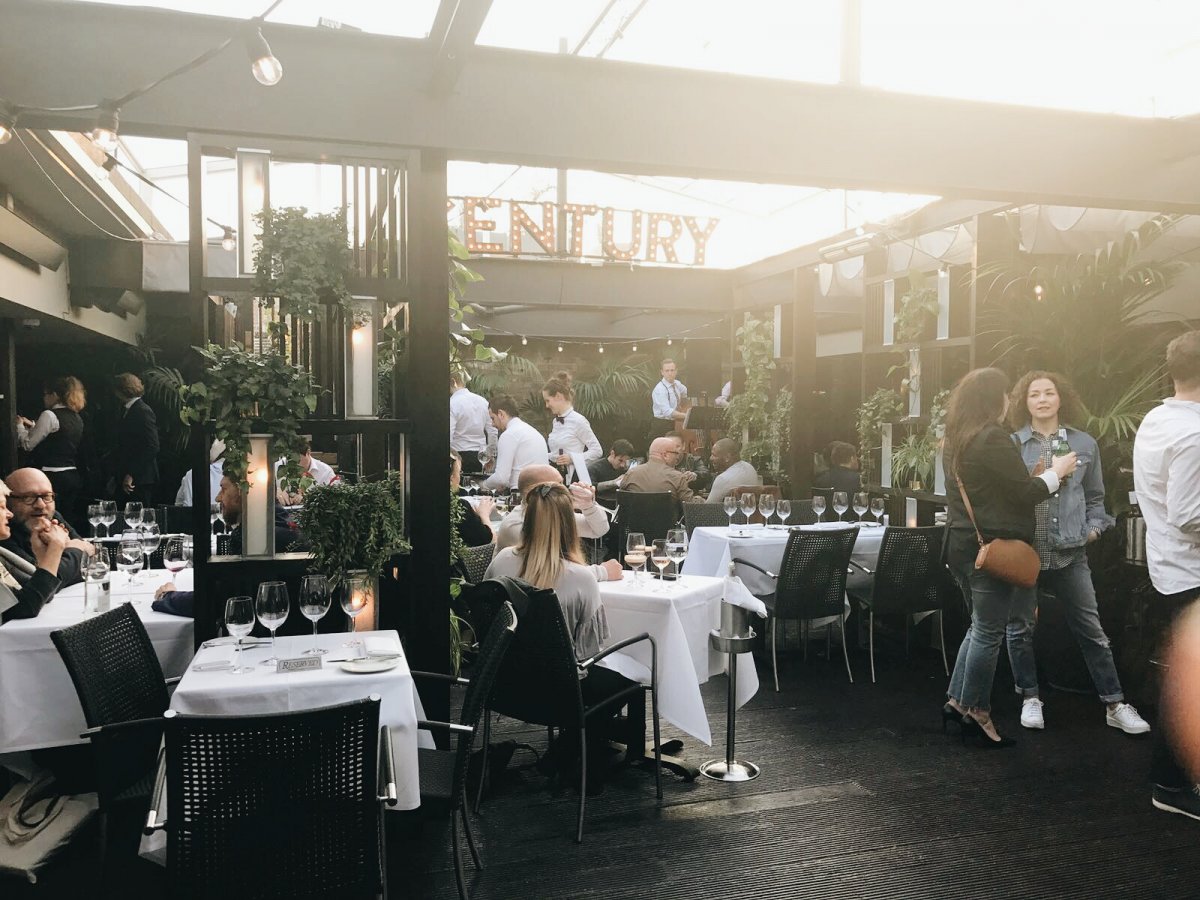 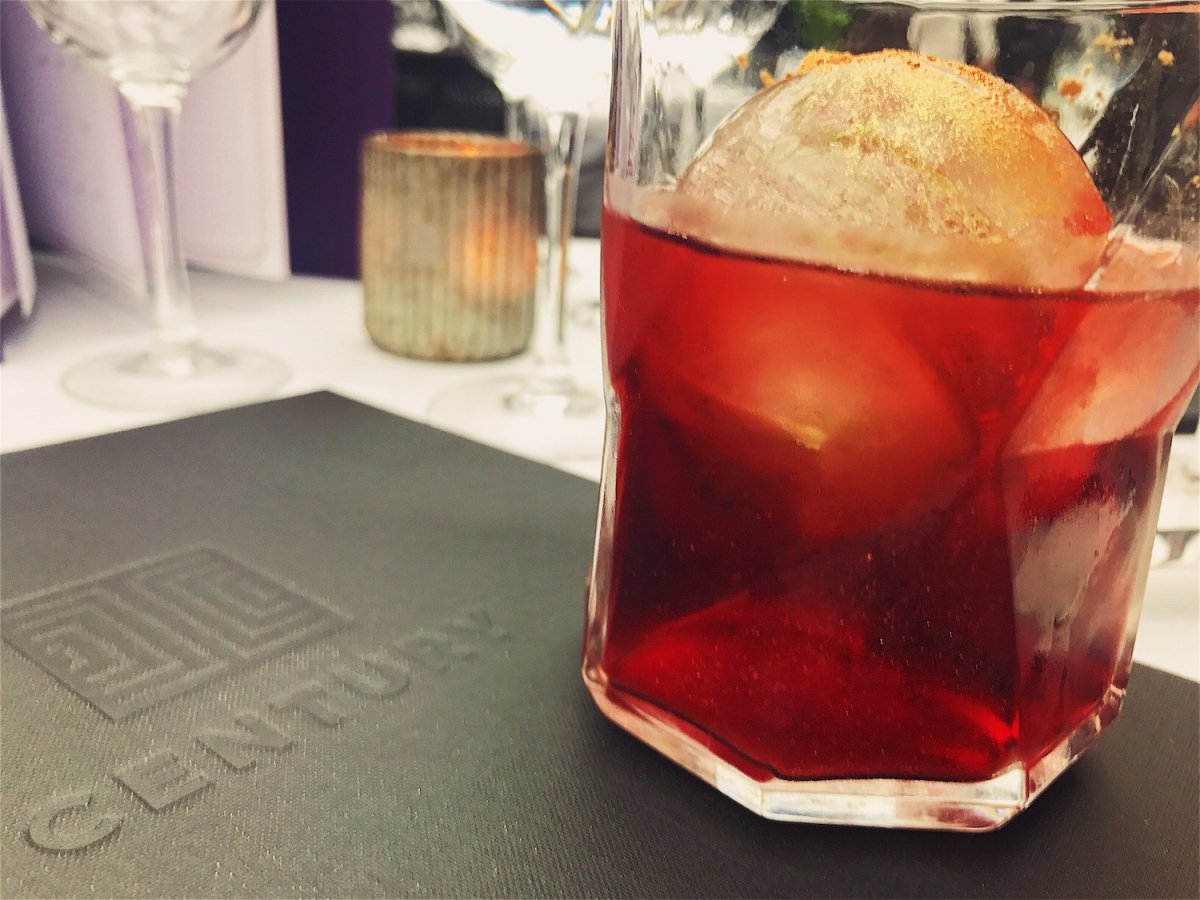 Century is named after the 100 steps to its roof terrace and you’ll need to use all 100 of them (or the lift) to discover their newly designed rooftop. In a Wimbledon-like move, they no longer rely on the British summer (feels very relevant this year) and have installed a retractable glass canopy, which, I’m informed can be closed in under a minute. The roof provides great views across the West End and London’s iconic skyline. The main restaurant is less casual then before, so if you’re just looking for a laid-back cocktail then walk through the restaurant to the relaxed lounge area at the far end. It’s the perfect setting for a post work tipple. 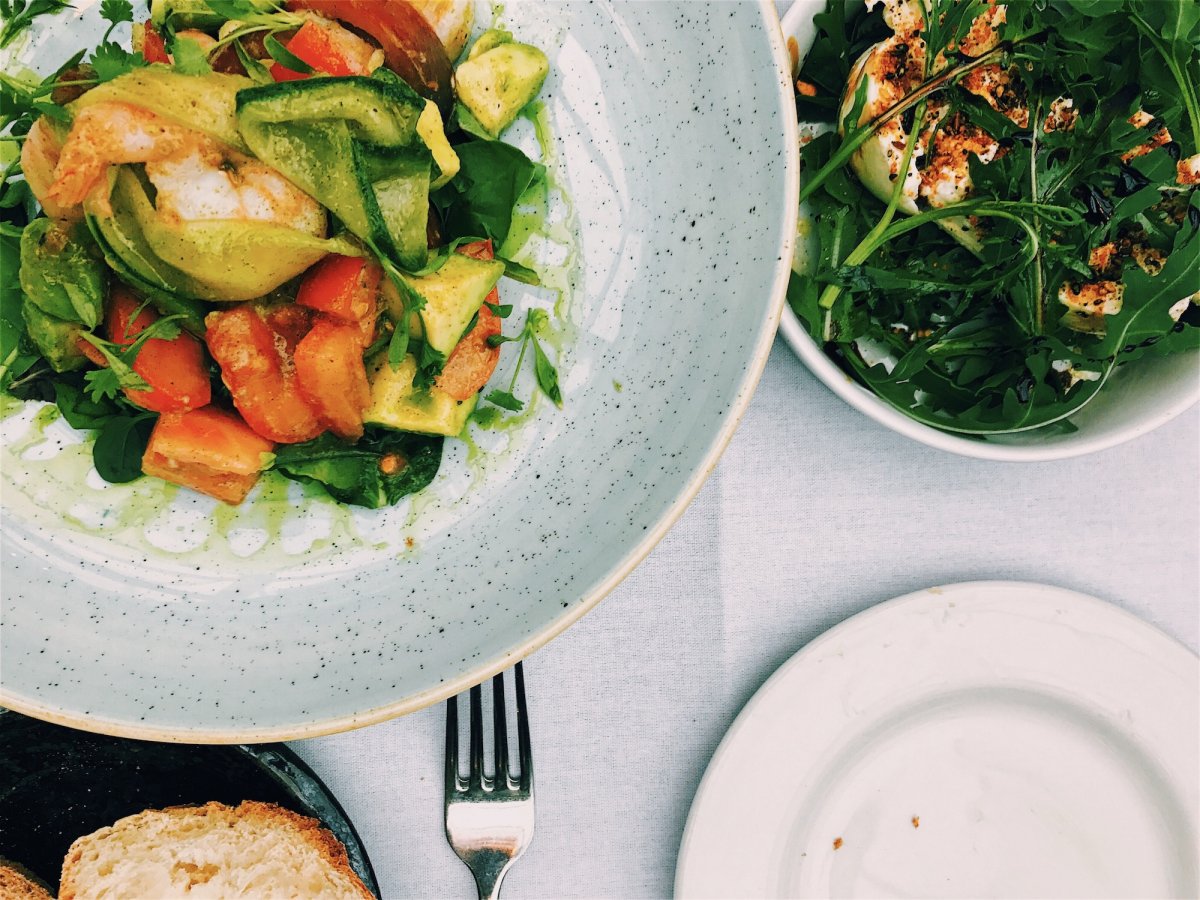 On the subject of cocktails the drinks at Century were some of the best I have had in London. Not only were they packed with flavour, but each one was a glass-sized piece of art. I ordered an ‘All That Jazz’, not too dissimilar to a Negroni (but really nothing like a Negroni). The drink featured a giant circular cube of ice, packed with flowers, that spun round to deposit cinnamon gold dust into the drink and give the whole thing a sparkling shimmer. As I said, next level drinks.

The main restaurant on the roof terrace is overseen by Executive Chef Ghani Ould-Rabah, who has worked in some of the most celebrated Michelin starred restaurants, including Hakkasan and Ottolenghi. Ghani is a third-generation Chef, originally from North Africa who was classically trained in the South of France, with Japanese influences from his time working under Executive Chef, Yoshihiro Murata at Chysan. This huge range of influences is reflected in the menu; with everything from a tuna nicoise to steak cooked on a jasper grill and prawn arrabiata.

What the chef does so well at this restaurant is adding a slight twist on classic dishes elevating them beyond your expectations. Our Italian burrata starter was sprinkled with dukkah, an egyptian spice that gave the cheese a nutty aromatic flavour. Meanwhile the prawn salad was (thankfully) packed with prawns and balanced with a deliciously fresh kaffir lime dressing. 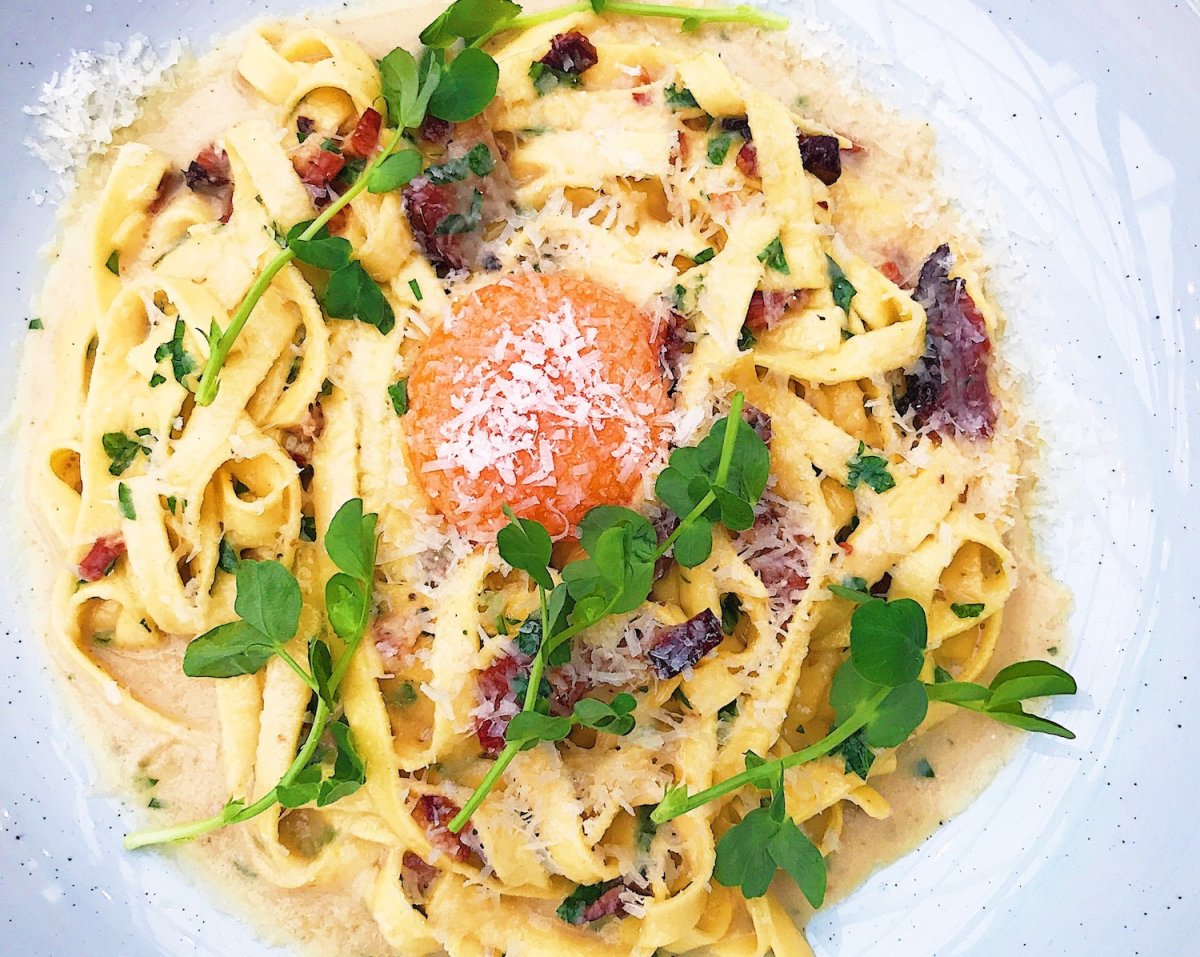 I was sat with somewhat of a carbonara aficionado and they assured me that their tagliatelle carbonara (this menu really is varied) was right up there with the best. Not a dollop of cream in sight – the addition of a smoked yolk gave the pasta a real depth in flavour, and ensured it lived up to the amazing presentation. 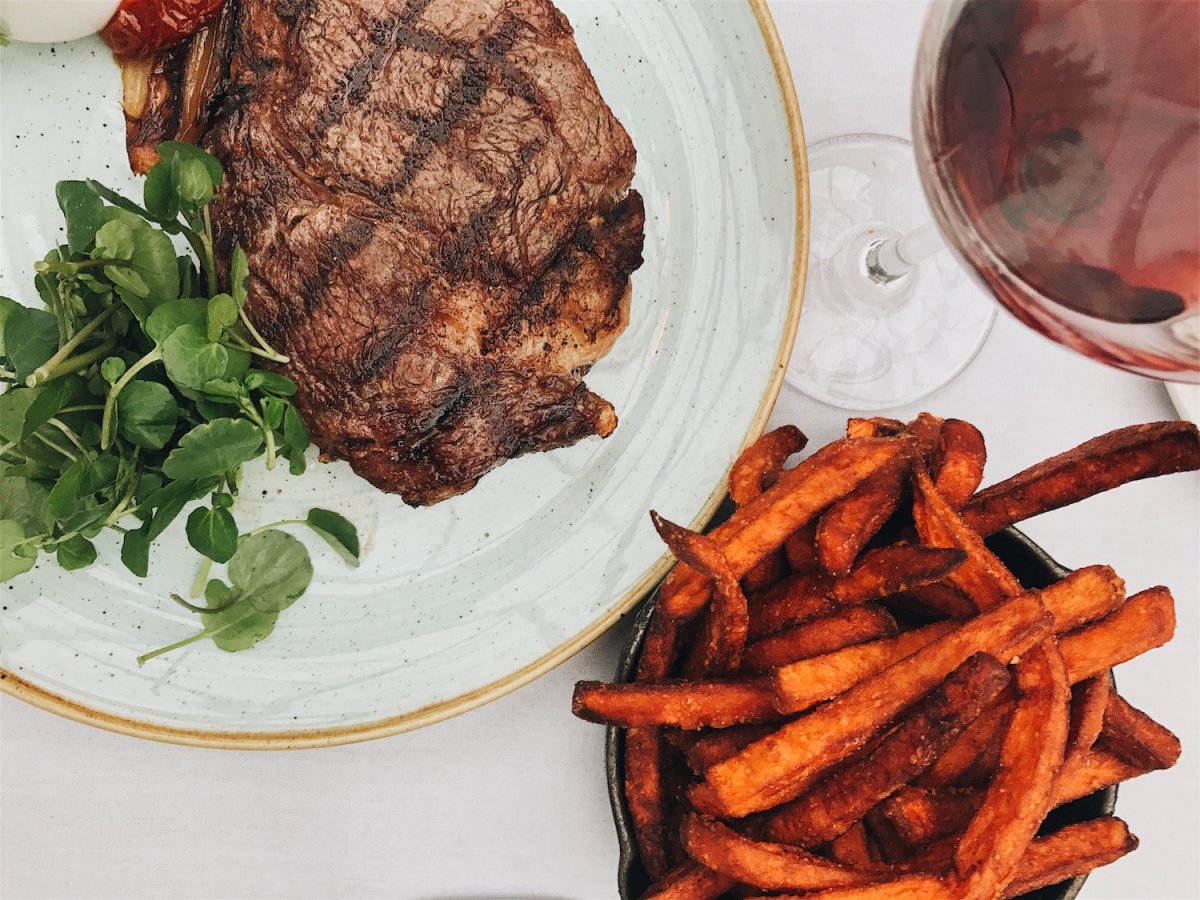 Meanwhile my steak was just what you would want from 30 day dry aged speyside beef. The Josper grill gave it a charred outside whilst the meat was perfectly cooked in the centre, served with tasty béarnaise sauce. It’s rude to go to a restaurant and not order sweet potato fries, I recommend you do the same. This is top quality food and the prices are reasonable for this level of cooking.

A quick word on the service which was brilliant throughout, so important when you’re spending slightly more then you might usually. With top quality good, outstanding drinks and beautful views; Century really  have one of the best rooftop offerings around in London, you’ll just need to find a way to get in.