7 of the Best: Chocolate Doughnuts in LondonBy Alicia Grimshaw

It’s National Chocolate Week! We’re kicking off the special week off with a delicious, dough-filled feature all about London’s best chocolate doughnuts. Here’s where to get your sweet fix in the capital this week:

1. For a Nutella Doughnut: Doughnut Time 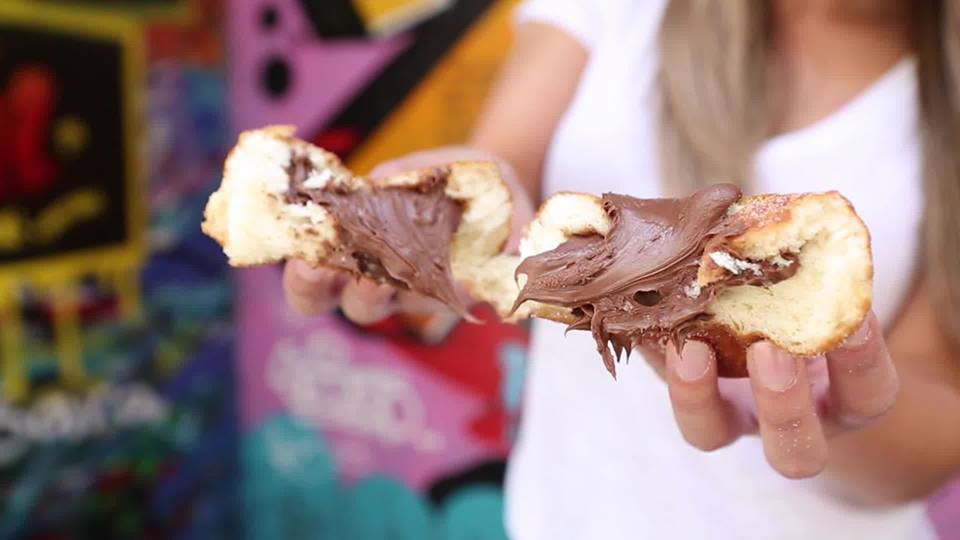 Why: Loved down under, Doughnut Time hit British shores in 2017, and they’ve already spawned 8 outposts across the city. And it’s easy to see why: freshly fried, larger-than-your-face sized doughnuts filled and topped with an outrageous selection of weird and wonderful ingredients. Expect everything from the naughty, chocolate glazed doughnut with Oreo crumbs, Nutella and glitter, to the downright wonderful – chocolate glaze, topped with biscuit crumb, chocolate flakes, caramel drizzle and a Twix.

2. For a Cult Favourite: Bread Ahead 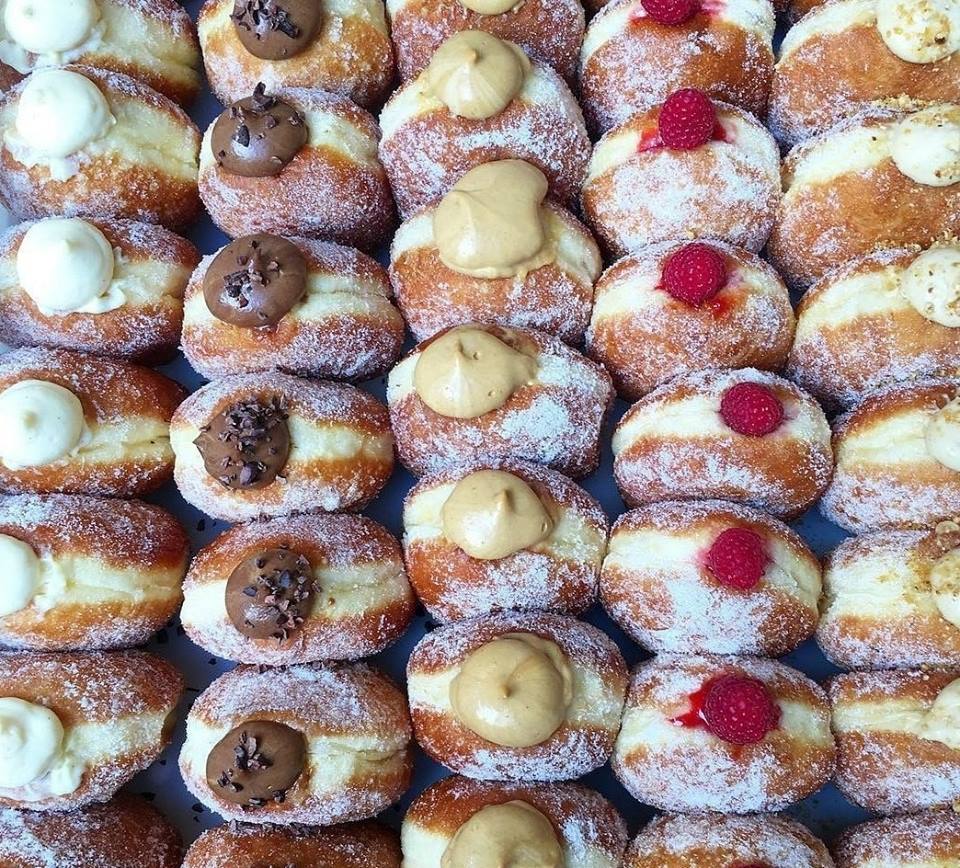 Why: There’s not much to say about Bread Ahead’s doughnuts that hasn’t been splashed across social media already. But if you haven’t spent your dough on their dough, you need to reconsider your snacking choices. Bread Ahead’s fantastic baking team create soft, squishy bites of wonderment, generously filled with honeycomb, raspberry, and our favourite: a rich, fudgey stick-to-your-gums chocolate sauce.

3. For a Sourdough Doughnut: Crosstown Doughnuts 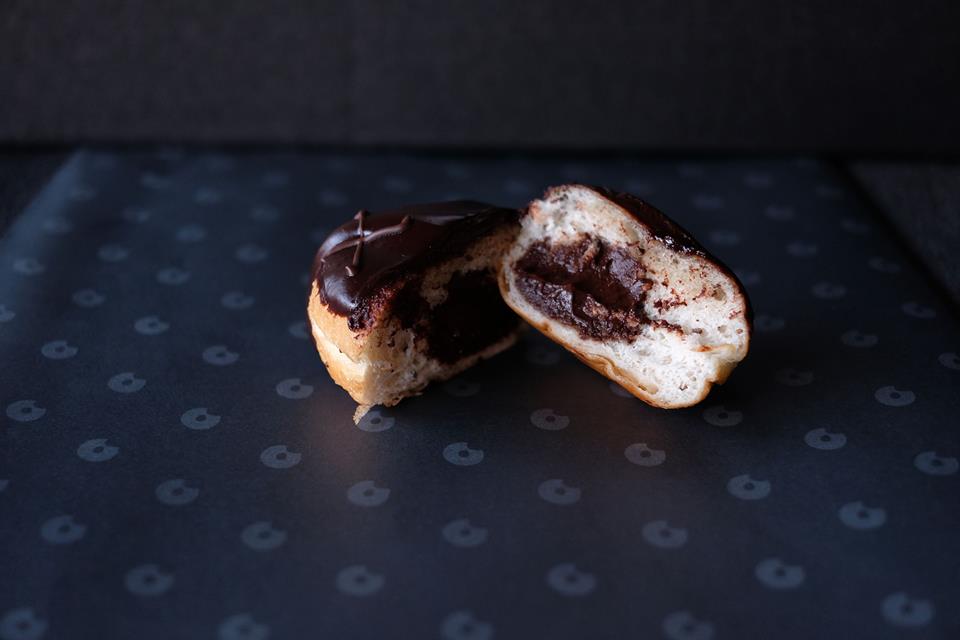 Why: You’re never too far from a Crosstown Doughnuts, because they’ve been slowly cropping up all over the place (there’s now 12 branches in London). Everything is homemade here; compote, jams and glazes, and their dough is rolled by hand. But not just any dough, we’re talking about sourdough. Crosstown Doughnuts’ sourdough doughnuts are super soft, pudgy little things, and the chocolate truffle doughnut tastes like a hot chocolate combined with a sweet treat. Magic. 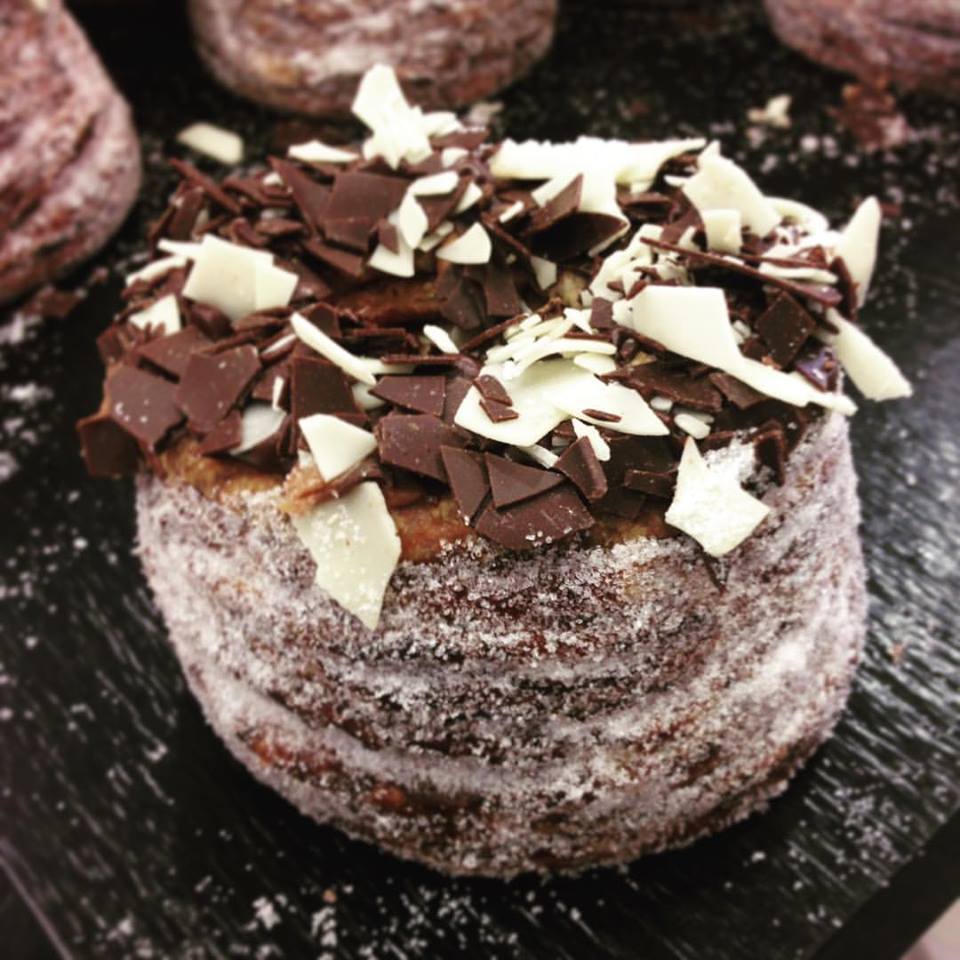 What: The Zebra – Layers of chocolate croissant dough filled with chocolate buttercream, decorated in chocolate ganache and chocolate shavings

Why: Dum Dum Doughnutterie was founded by Paul Hurley to create “The Best Doughnut in the World” – and they’re not far off. The difference is these doughnuts are baked, not fried – which gives the doughnuts an ‘oven fresh’ burst, by being light and fluffy, rather than stodgy. The doughnuts here are a doughnut/croissant lovechild: layers upon layers of croissant dough interspersed with buttercream and finished with ganache. One of the best chocolate doughnuts in London, for sure. 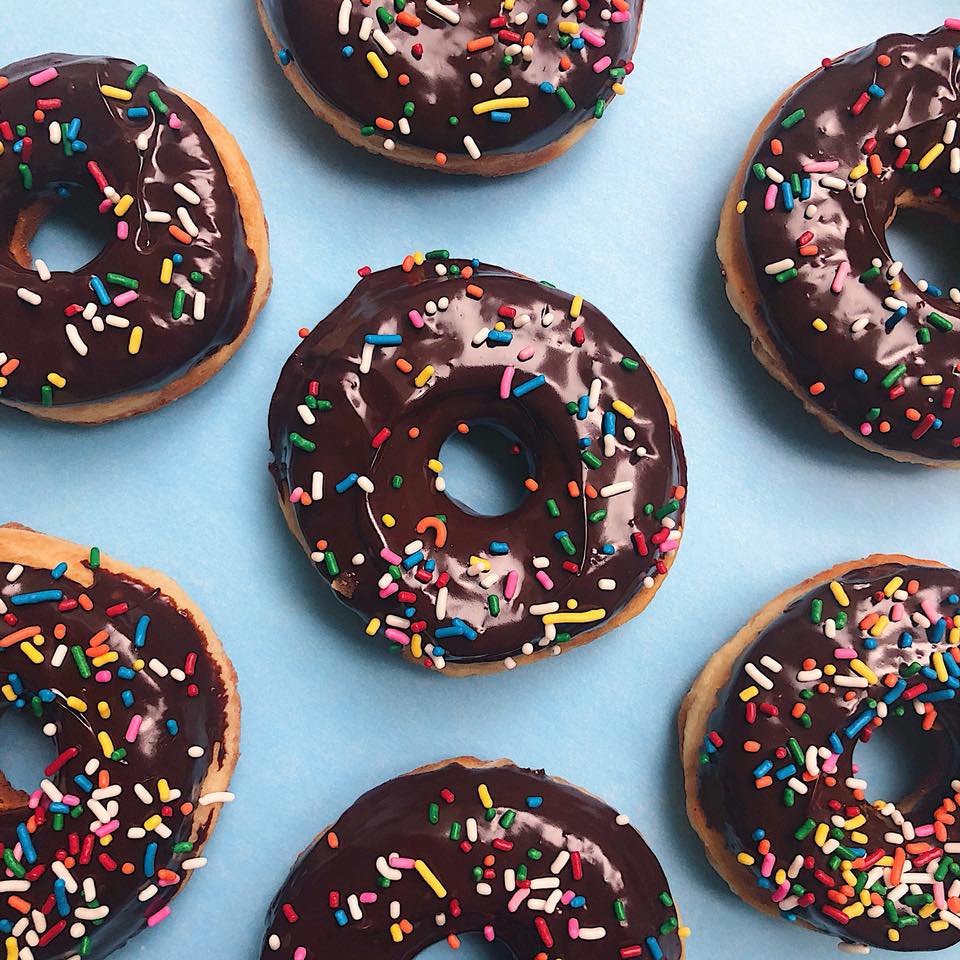 What: The Jay Dee – Chocolate glaze and sprinkles

Why: Vicky’s Donuts has become somewhat of an Instagram star thanks to her dishy doughnuts and cartoon-style bites. Inspired by the doughnuts found in North America, Vicky creates a range of different doughnut styles: ringed, filled and lettered, all made in small batches using free-range eggs and whole milk and contains no artificial preservatives or flavourings. Photographic pretties include blueberry cheesecake, Dulce de Leche and Biscoff, and the classic chocolate glaze and sprinkles. 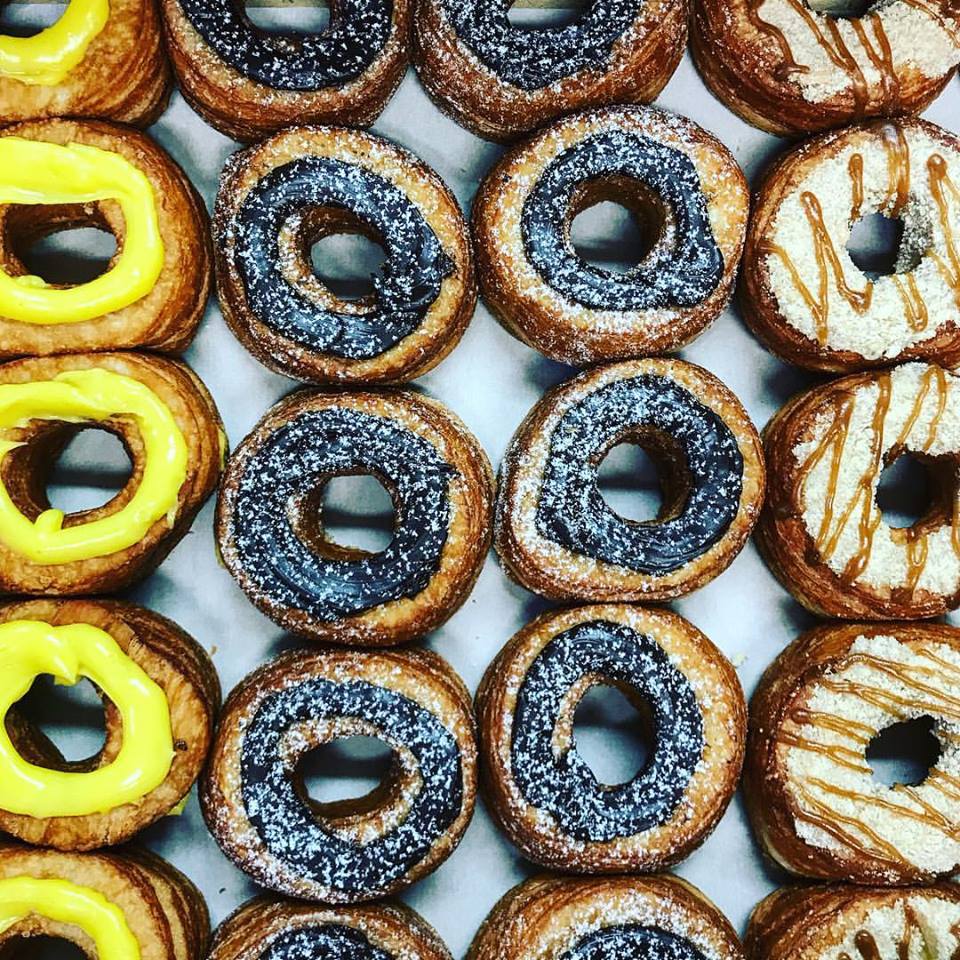 Why: Rinkoff Bakery specialise in crodoughs (which are very similar to cronuts, but due to Dominique Ansel Bakery tradmarking the phrase, Rinkoff Bakery have come up with their own term). The croissant pastry is fried like a doughnut to give extra height, and a layer effect, filled with flavours such as custard, salted caramel and chocolate. The variety of fillings will have your sugar levels begging for you to stop, but don’t give in, make sure you try at least one. Or two if you’re brave.  They’re outrageously louche, and that’s why we love ’em. 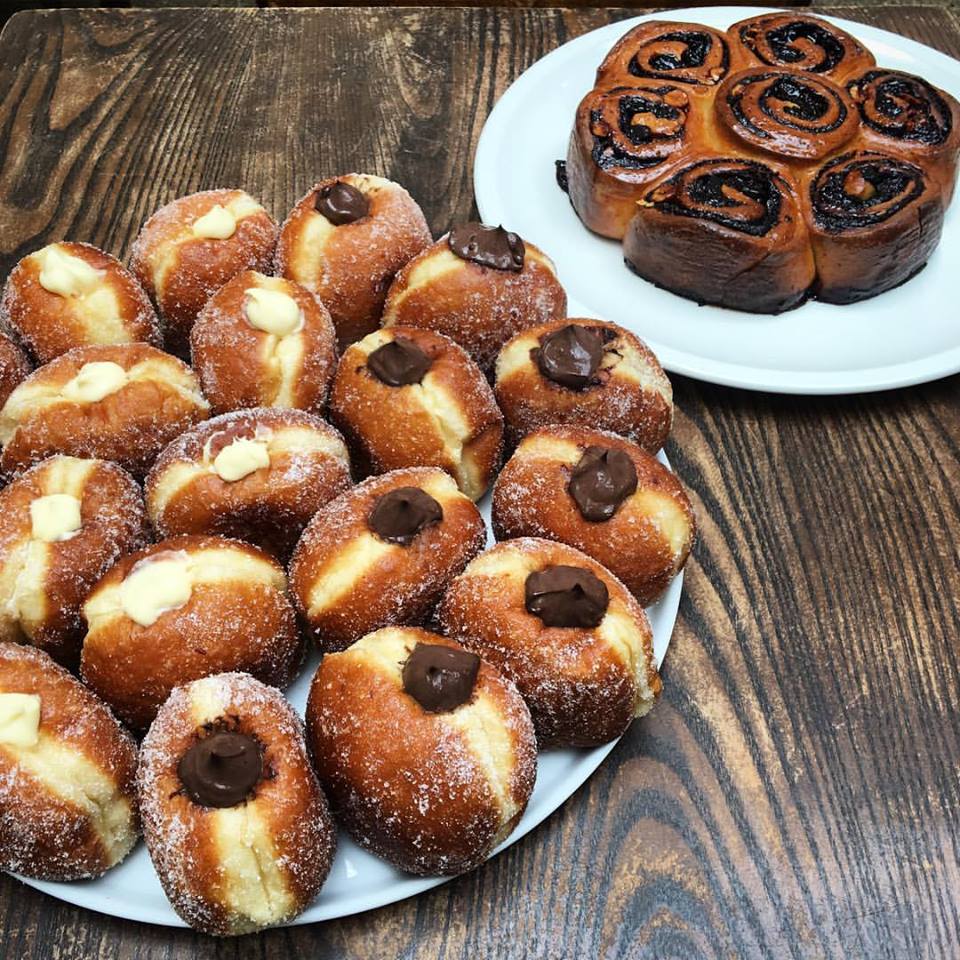 Why: St John Bakery’s doughnuts are elusive things. But once you get your hands on them, it’s like wining a golden ticket. The doughnuts are plump and robust, stuffed with either custard (knockout), chocolate (oh baby), and jam (a tea-time favourite). Get down to their bakery on Druid Street (only open on Saturday), as sugar-fingered chocolate filled happiness awaits.