Hungry? Thought so. If you’ve got food on the brain, we’re here to help. Here’s the best places to get your foodie fix in the capital this week. Get your knife and fork at the ready, and remember to always order dessert:

1. For a New Makeover: Aquum 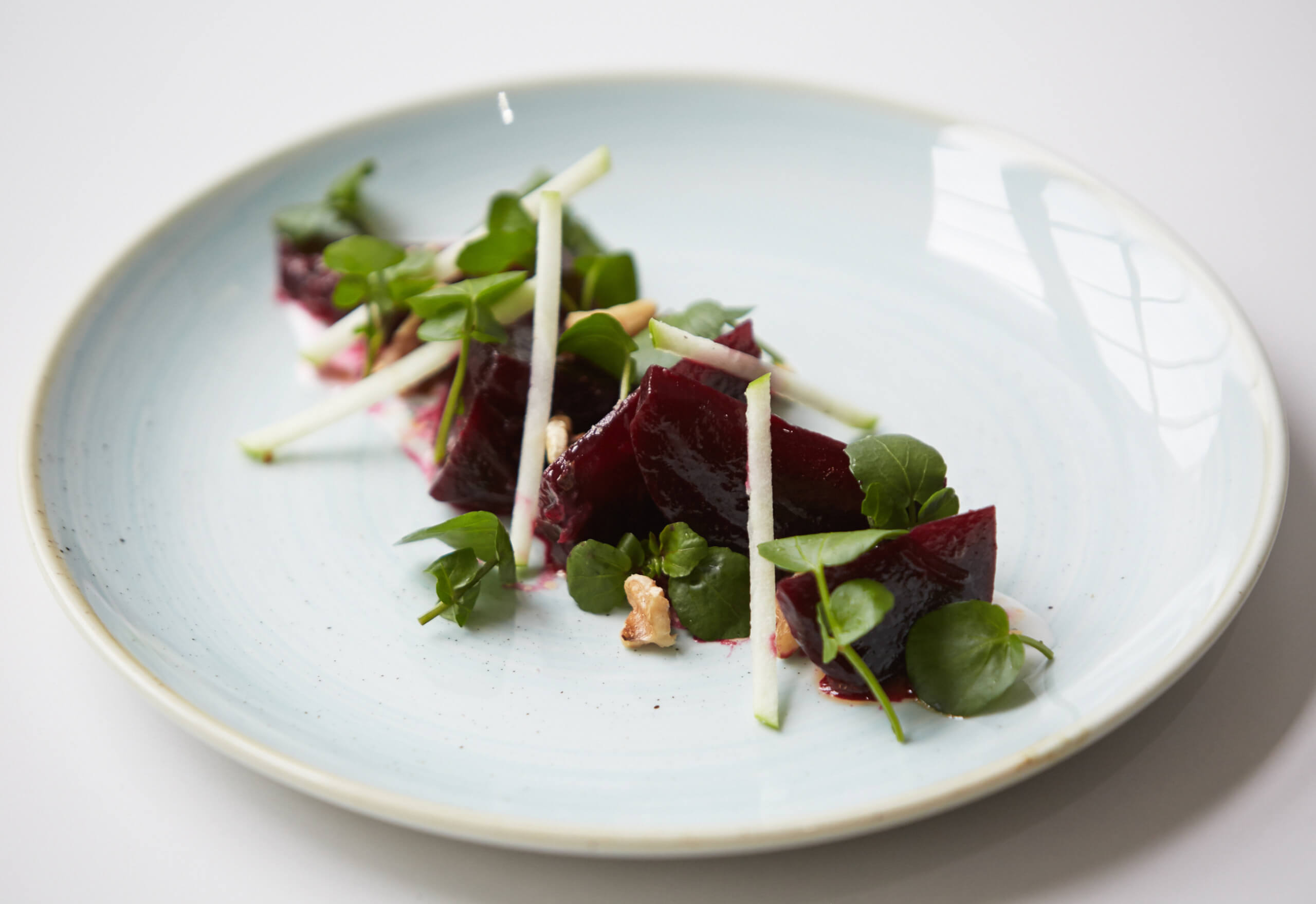 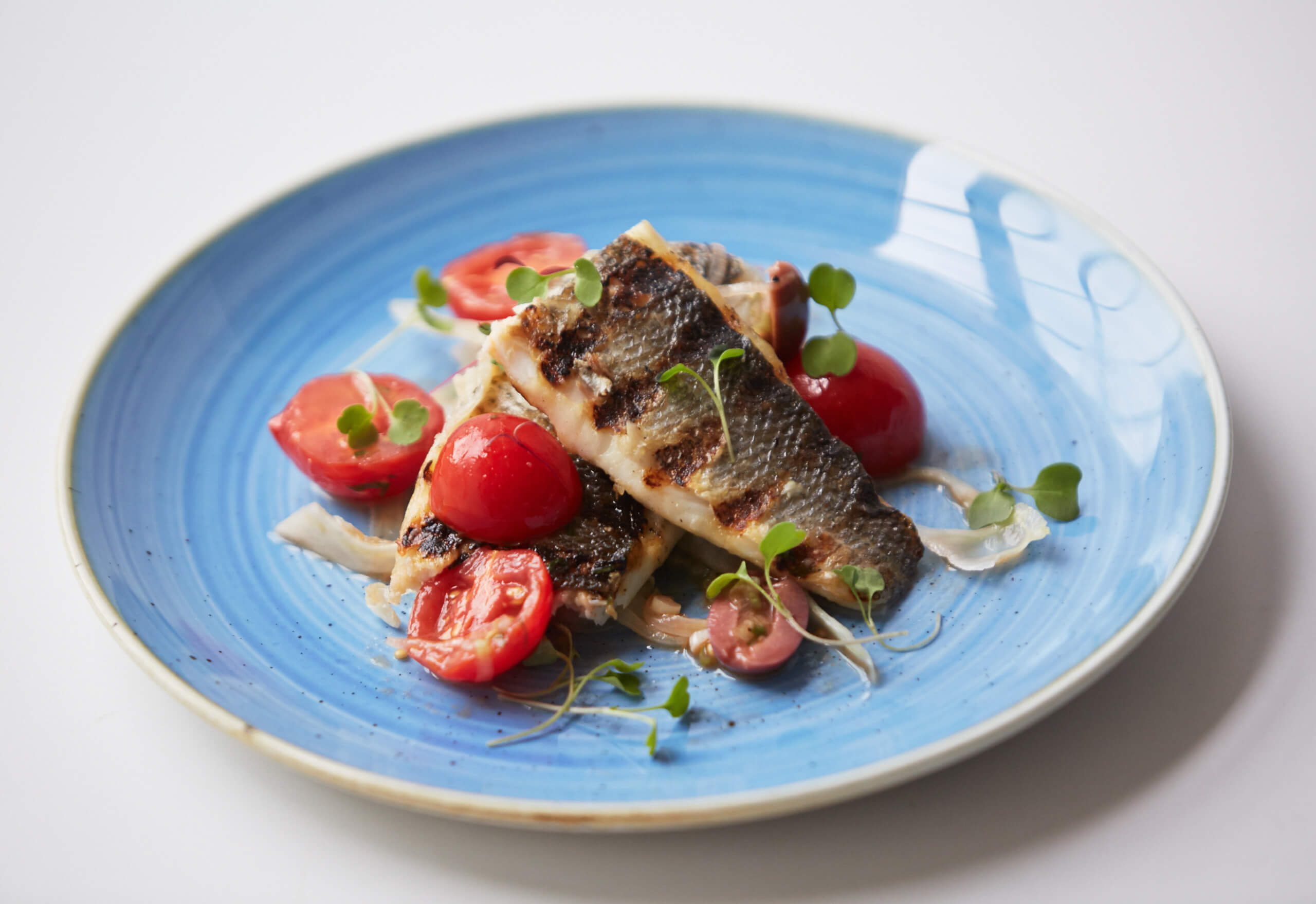 What: Aquum will be re-launching as a late night drinking, dining and dancing destination on Friday (7th October), following a complete and extensive refurbishment. Moving on from its previous incarnation, the venue will feature a dedicated restaurant offering an exciting and sophisticated menu of contemporary Greek dishes and innovative cocktails, all whilst retaining its signature party feel. 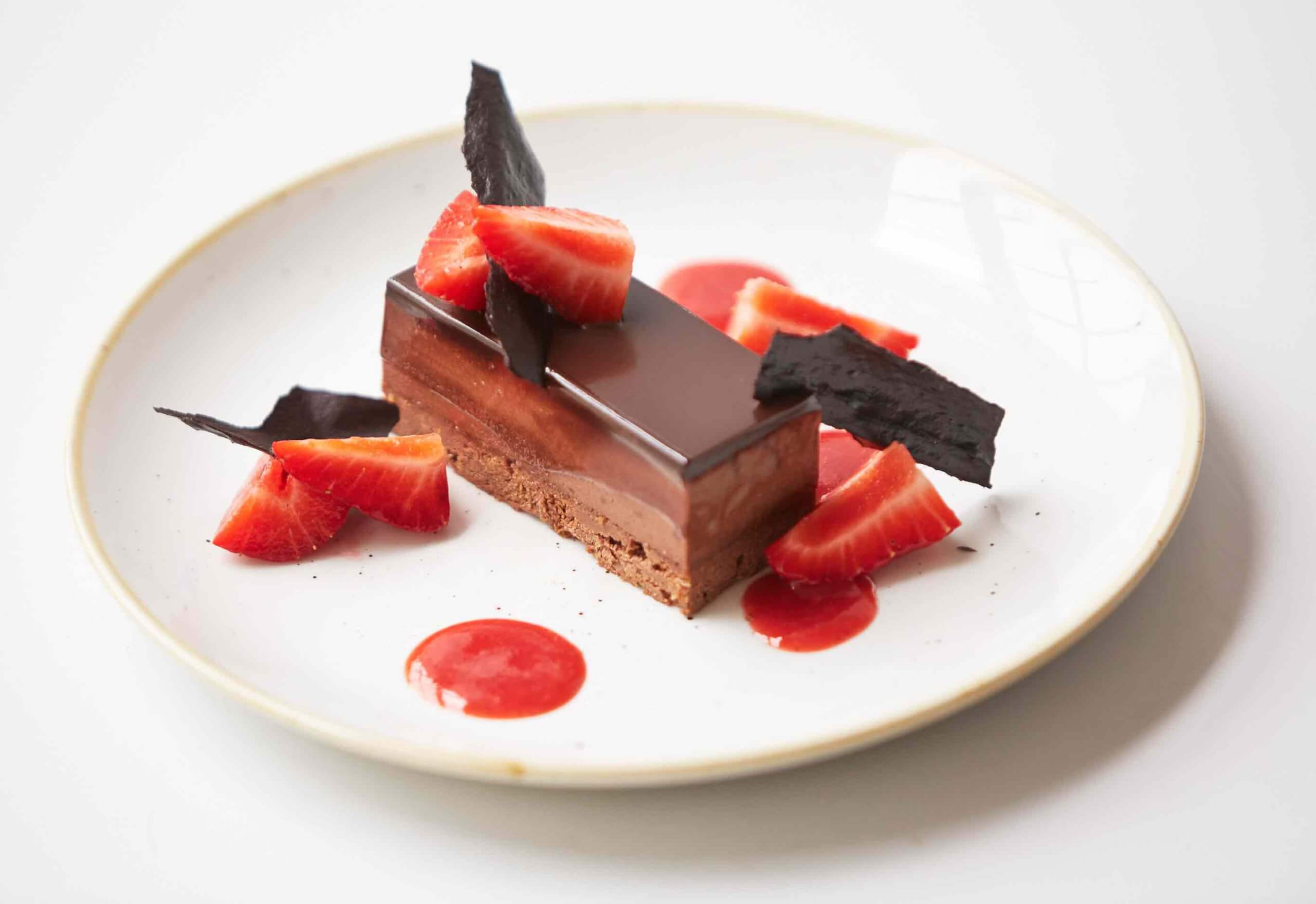 Why: With food being one of the main focuses at the new venue, Head Chef Anastasios Tologlou (previously at Medlar, Dinner by Heston Blumenthal and Coloniales Huerta) has been appointed, and created a menu that takes inspiration from his Greek roots combined with his experience from working in some of the world’s top Michelin starred restaurants. Highlights from the food menu include: veal ravioli with Corfu style tomato sauce and Greek gruyere cheese; chargrilled octopus with fava beans, olive oil and crunchy capers, and 24-hour pork belly souvlaki, topped with spiced cheese spread, tomatoes and oregano. At the newly re-launched venue, Aquum’s diverse cocktail list of classics, sharing drinks and house infused shooters will be joined by a dedicated menu of unusual Greek cocktails, along with selected Greek wine and beer. 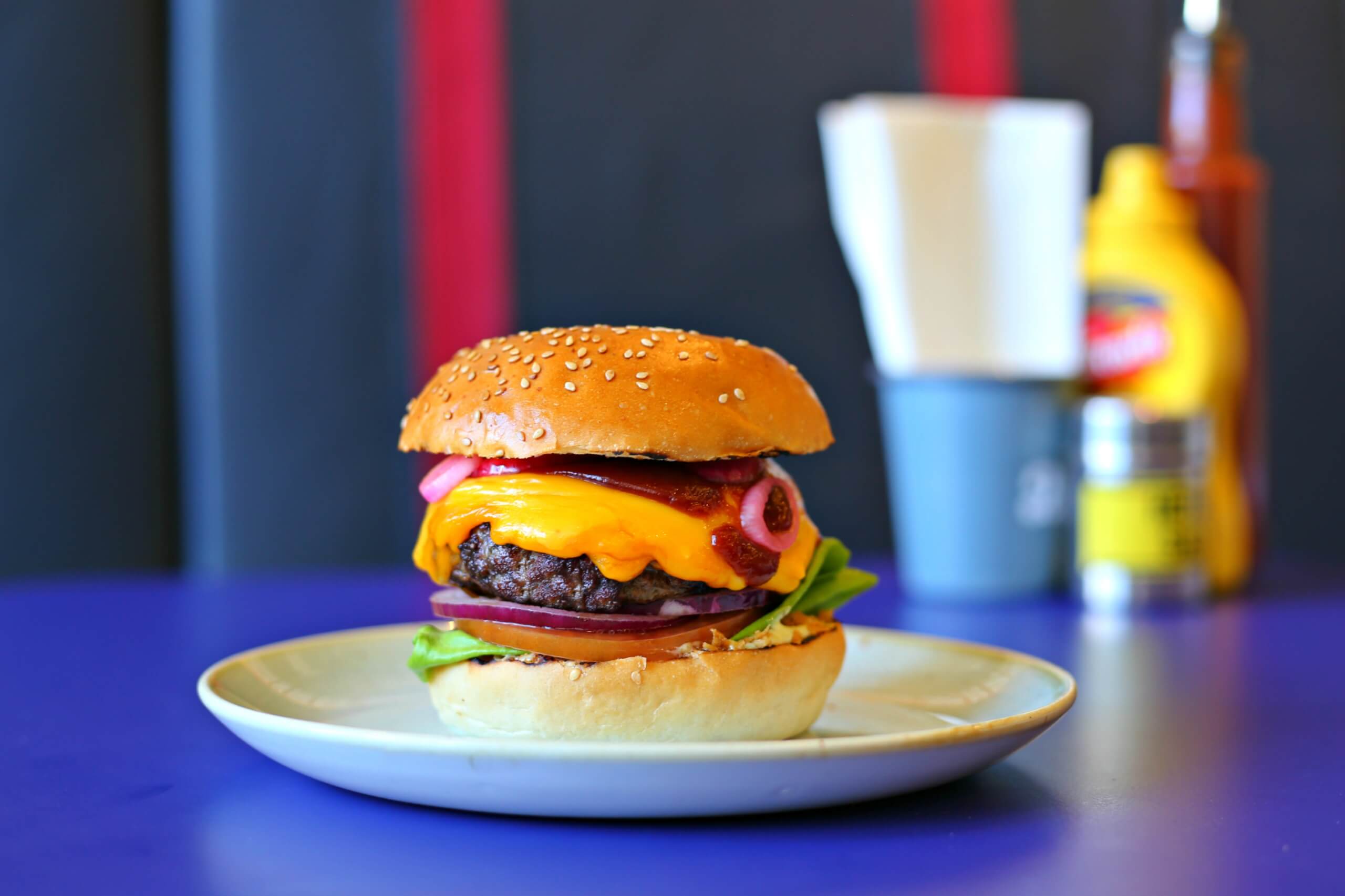 What: Introducing the Rump burger, GBK’s thickest burger ever (see what they did there?) The new burger is their latest beefy wonder to grace GBK’s killer meat line up. And to celebrate their latest addition, the kind chaps at GBK are giving away 70 Rump Cards online. The winners, and three of their running mates, will enjoy unlimited Rump burgers. To get your hands on one of these exclusive Rump cards: download the GBK app and make note of your customer ID, and then keep an eye on Twitter @gbkburgers and facebook for your cue. 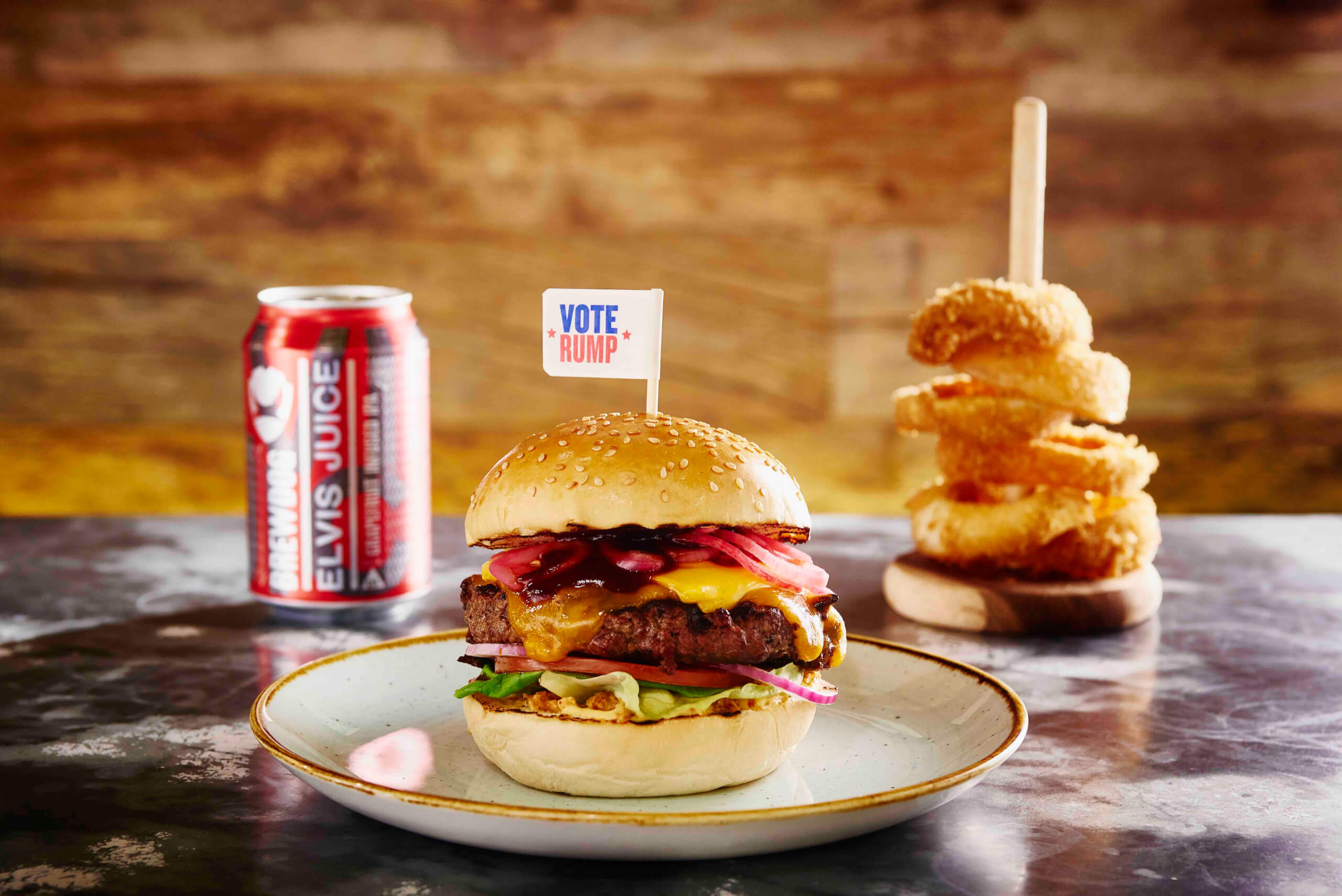 Why: GBK’s thickest burger ever, the Rump Burger is a 7oz rump patty, topped with burger sauce, American cheese, Red Leicester cheese, beef ketchup, crispy onions, salad and pickled onions. It’s a sack off your cutlery, and use your hands instead kind of burger. Elect to eat it on its own or upgrade to the Rump Bundle – a Rump Burger, paired with chunky fries or an onion ring tower and washed down with a BrewDog Elvis Juice or one of GBK’s super thick milkshake. We say, order the honey combe milkshake. Ordering this burger is a total no-brainer but you’ll have to hurry if you want to try it, as it’s available for a limited time only.

Where: Check our your nearest GBK here 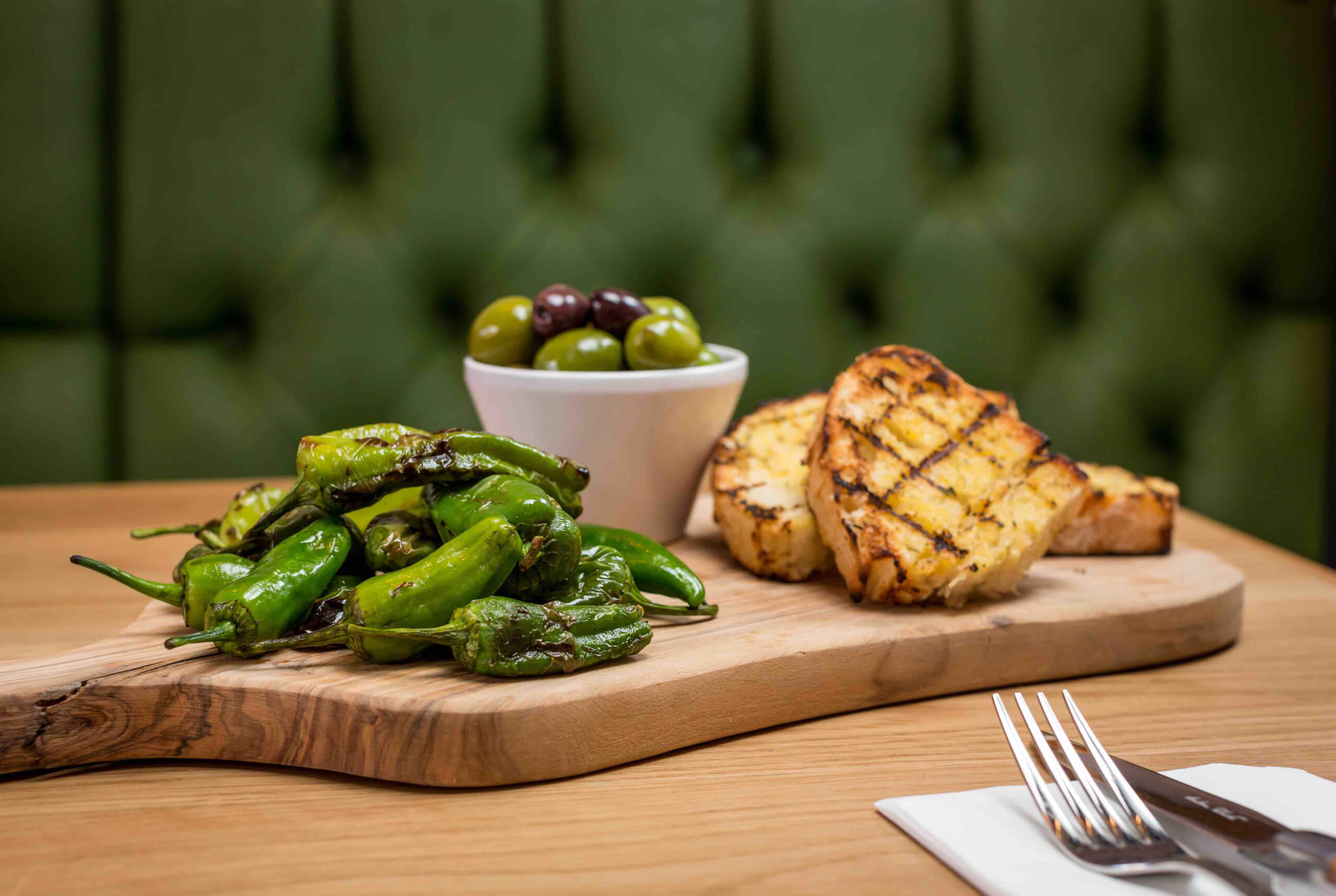 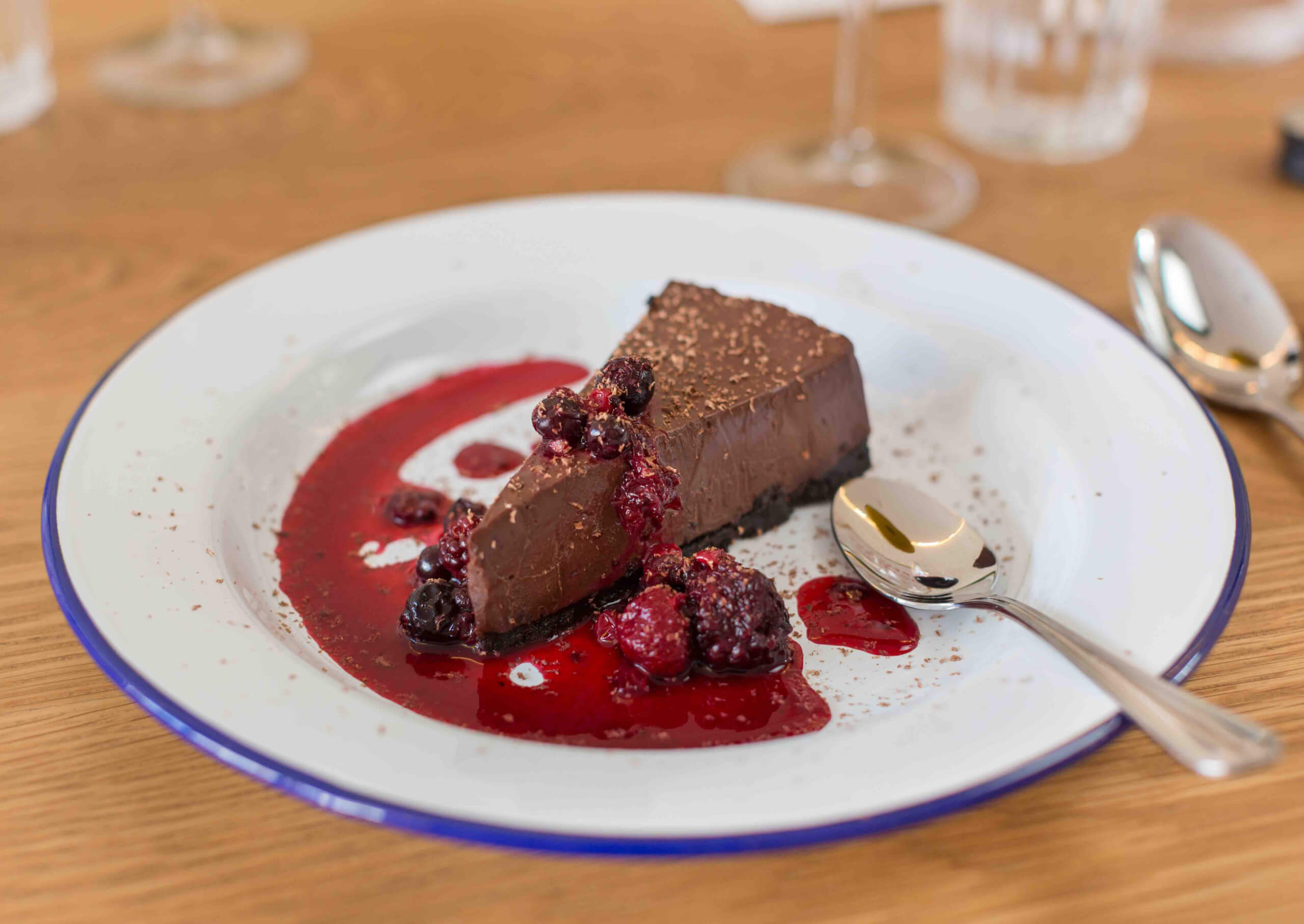 What: Beef fans of Balham, this one is for you guys. Arlo’s, an informal restaurant specialising in steak, has opened in SW12. The first restaurant from former L’Atelier des Chefs managing director Tom McNeile, Arlo’s serves a simple menu of grass-fed British beef from native breeds alongside a selection of home-made sides, sauces and seasonal salads. 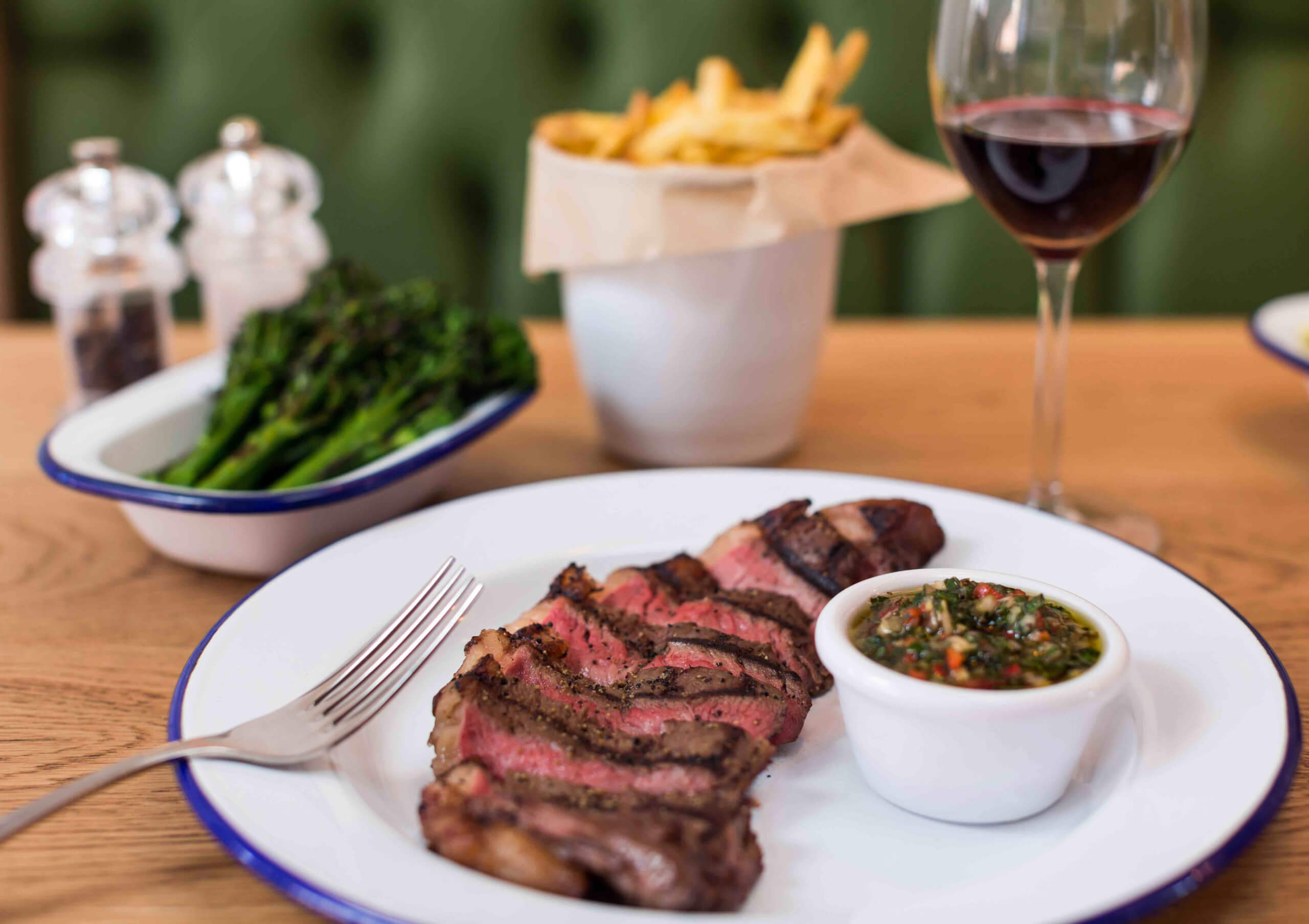 Why: The primary cuts served are bavette and picanha (also known as rump cap or tri-tip) with regular specials such as the 7-bone steak and deckle. Side dishes include Arlo’s hand-cut chips, chargrilled broccoli, caramelised spiced pineapple and fresh market greens, as well as a selection of side salads including raw carrot with fresh ginger, toasted seeds and chilli, and jalapeño slaw. Sauces, all made in-house, include chimichurri, béarnaise and peppercorn as well as the fiery ‘Burning Bear’ (it’s stunningly hot). Instead of starters, Arlo’s offers a trio of snacks including Padrón peppers, chargrilled halloumi and smoked olives, and a British charcuterie board. Vegetarian main courses include quinoa and aged feta; sundried tomato, baby spinach, cucumber and edamame with a lemon dressing, and fresh buffalo mozzarella, chargrilled broccoli and roast carrots. Oo-er.

What: Shotgun BBQ have revamped their lunchtime menu, and it’s very, very good news indeed. Known for delivering authentic American barbecue from their New Orleans-style Soho digs, Shotgun BBQ have added three new sandwiches to their already delicious offering. If you’re in need of a new lunch spot, it’s about time you spent your Friday afternoon at Shogun BBQ. 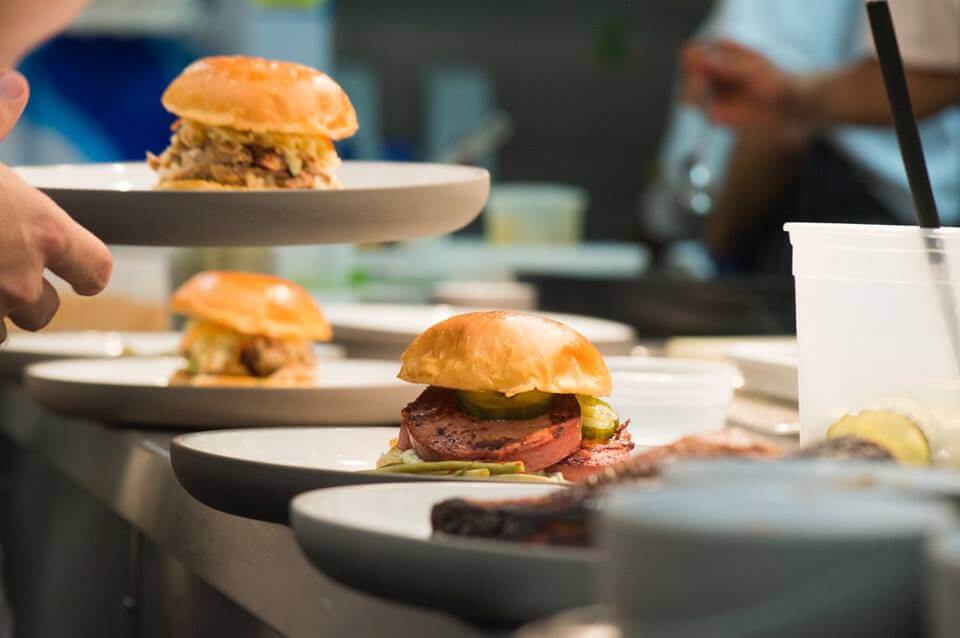 Why: The new sandwiches include the BLT, featuring belly bacon, lettuce and tomato, and if you really want a taste of the deep south, choose the  Carolina style pulled pork sarnie topped with coleslaw. Red meat lover? You have to order the UDSA beef brisket, with green tomato jam and red slaw. For £12.50 enjoy your sandwich with two sides. We recommend the baked potato puree (so creamy) and the BBQ baked beans. And if you have room left, have a look and see if their brownie is on the dessert menu. It’s something quite special.

5. For a White Meat Party: Strut and Cluck 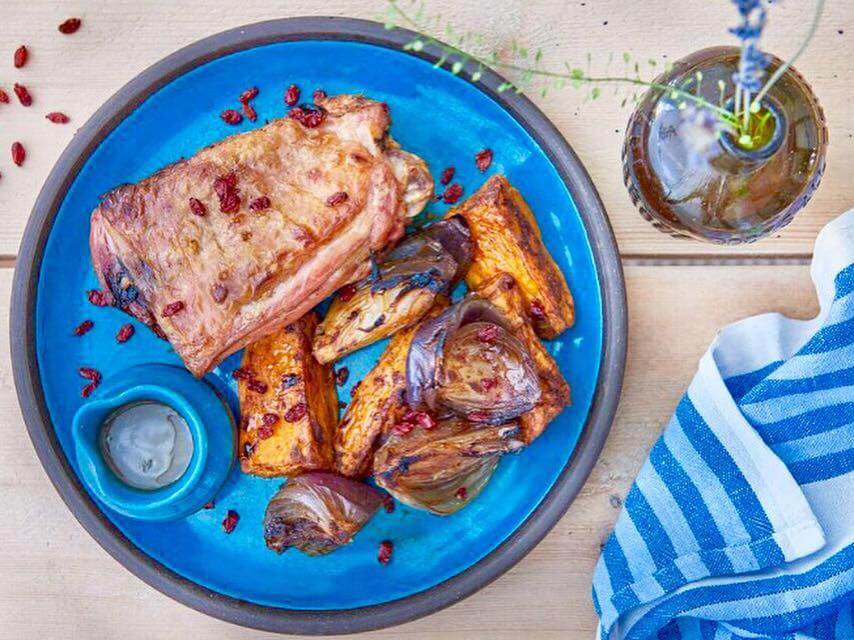 What: Turkey shouldn’t be confined to Christmas fare. Husband and wife Amir and Limor Chen believe it should spread its wings to the rest of the year, and be appreciated in all its meaty glory. They believe its healthiness, versatility and flavour make it a superfood (take that chia seeds). Strut and Cluck serve free range turkey and vegetarian dishes inspired by the Middle East in their Spitalfields restaurant. 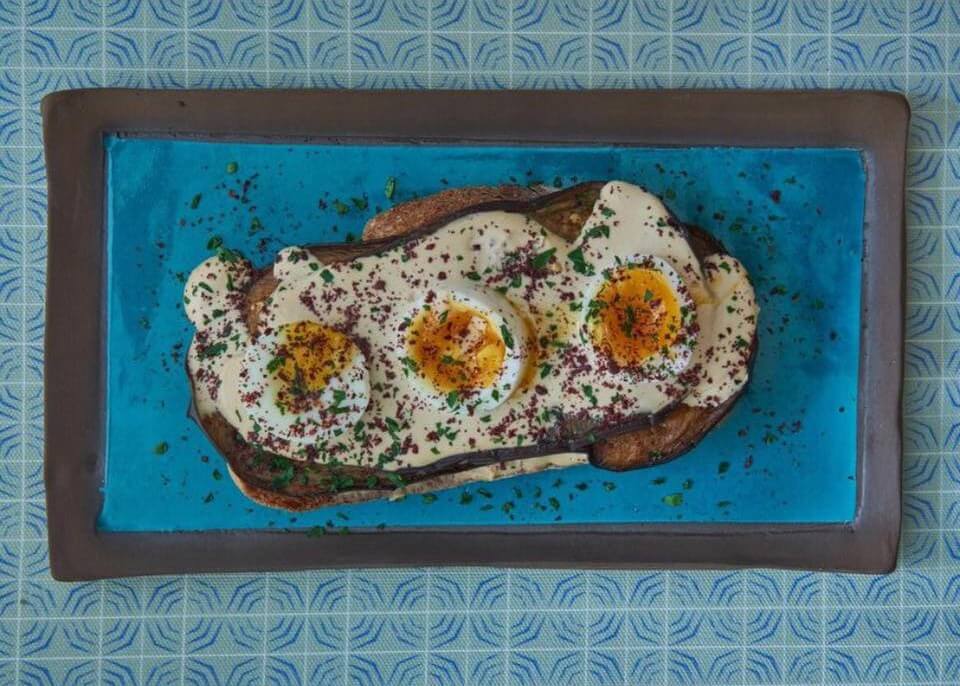 Why: Turns out turkey is delicious. This isn’t just a faddy one track minded restaurant. The menu offers real scope that you honestly don’t feel like you are eating one type of meat. Begin with the smokey aubergine and tahini scooped up by the fluffiest pitta bread, and the charred cauliflower with pomegranate molasses. For the main event, opt for the sticky drumsticks smothered with harissa, honey and rosemary and hand pulled sharwma, a wholly different entity to anything you might have experienced at your local kebab joint. Take our word for it, just go.