With summer round the corner, London has once again seen an influx of pop-ups. From rooftop terraces to sweet shops, we’ve hand picked the best London has to offer – here’s the best pop-ups to look out for this summer:

1. For Champagne: Moët at Madison 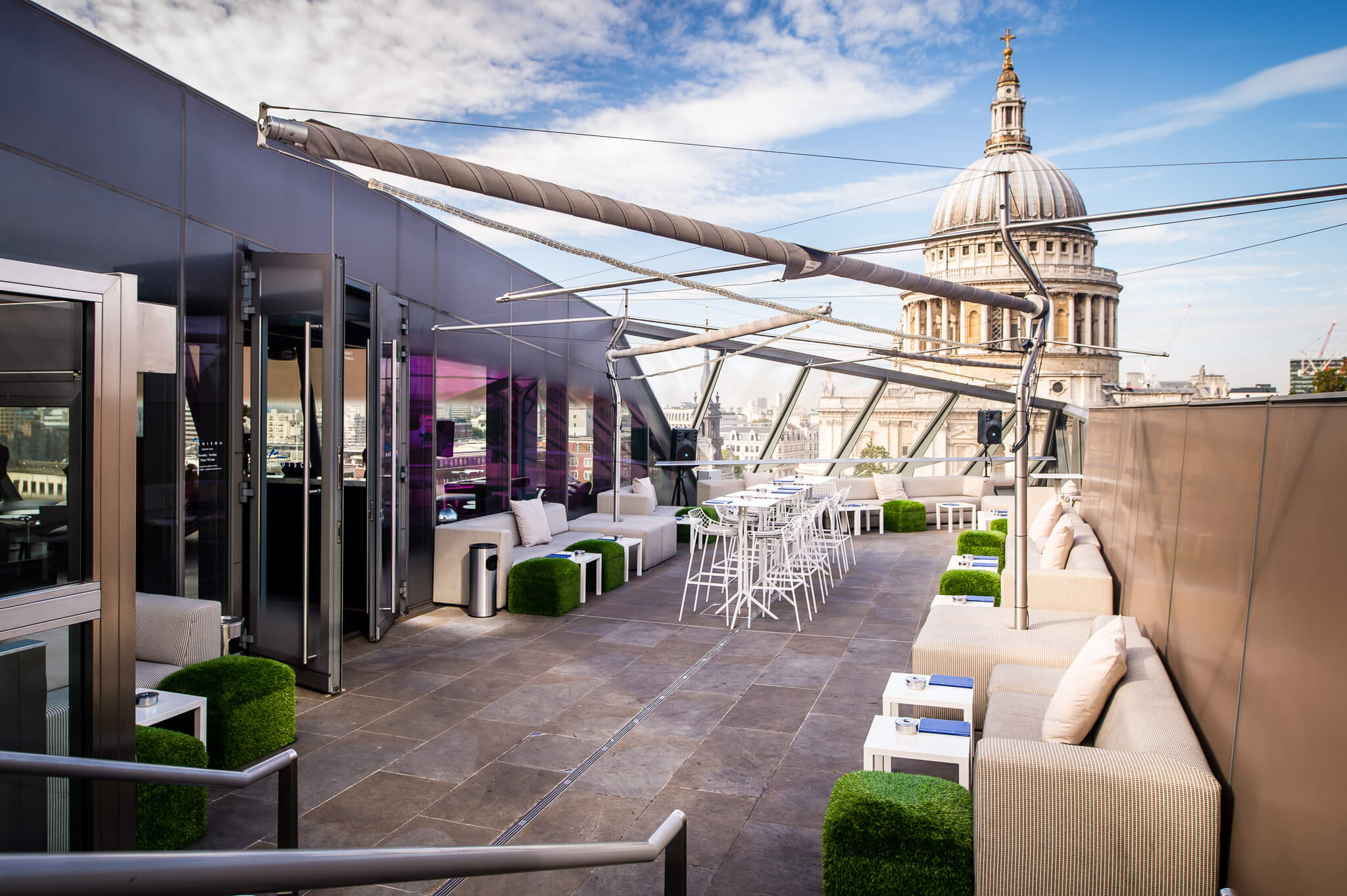 Why: Transport yourself to sunnier climes with the help of Moët and Chandon. The Moët Ice Impérial Big Summer Party pop-up has launched this week on the roof terrace at One New Change – take in the iconic dome of St Paul’s whilst sipping on some bubbly. The iconic champagne brand has specially designed a new champagne to be enjoyed over ice. Hello, Summer.

2. For an Indian Dinner: Carom 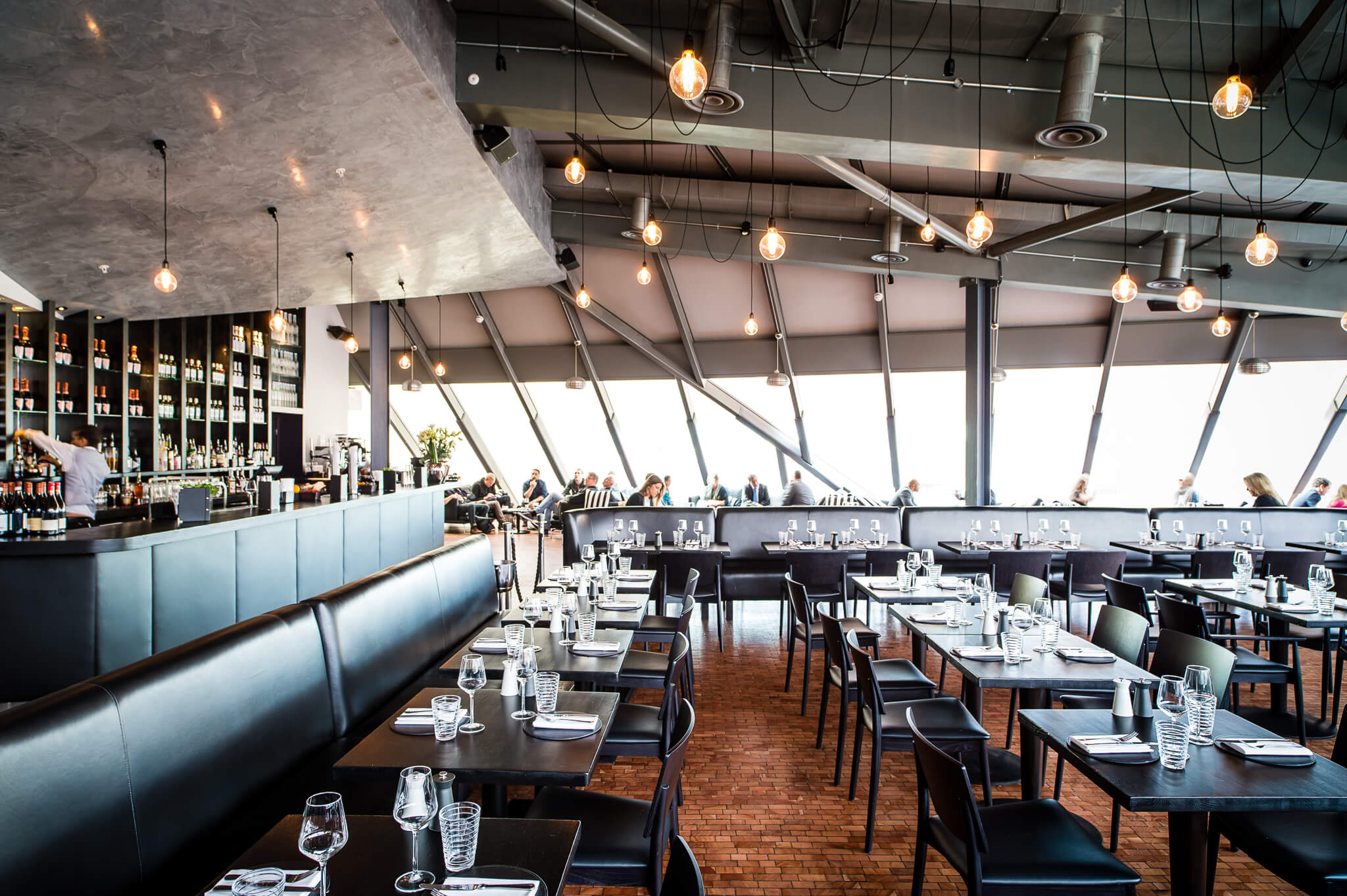 What: Well-loved Indian restaurant and Soho institution, Carom, is back on the food scene teaming up with Madison London to host a sky high pop-up on the 6th floor rooftop of One New Change in St Paul’s.

Why: Tuck into tasty Indian food, whilst taking in the panoramic views of the city. Carom known for its light and healthy dining is dishing up menu favourites, including small plates of king scallops roasted in a shell with pepper and chilli, chicken winglet lollipops with a goan dip and larger plates of Carom’s popular chicken biryani. By day, kick back and unwind on the roof terrace – perfect for an afternoon tipple. Come night time, the terrace transforms into a live music hotspot with the help of various acts and DJs, head their for afterwork drinks.

When: Until the end of June 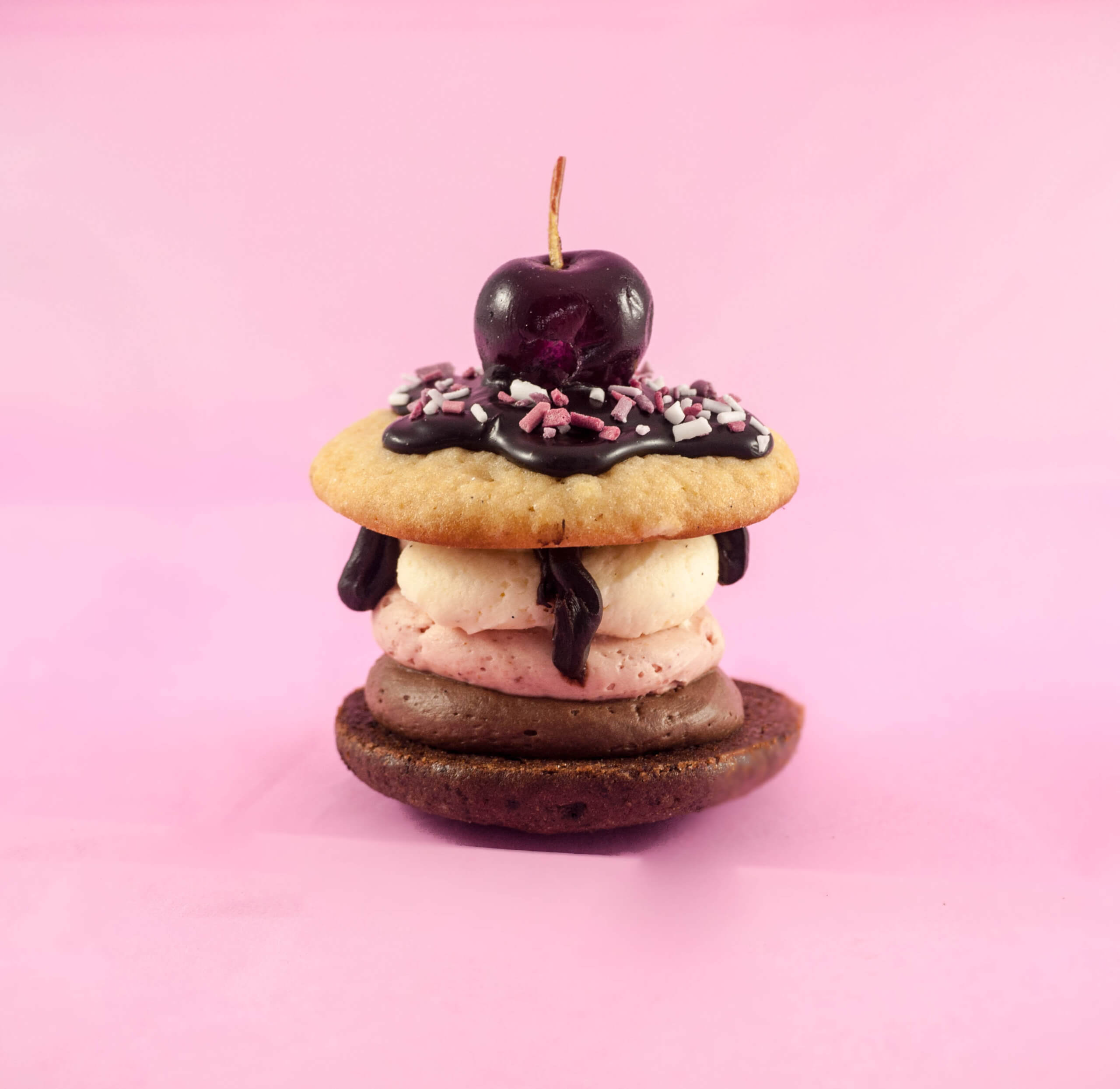 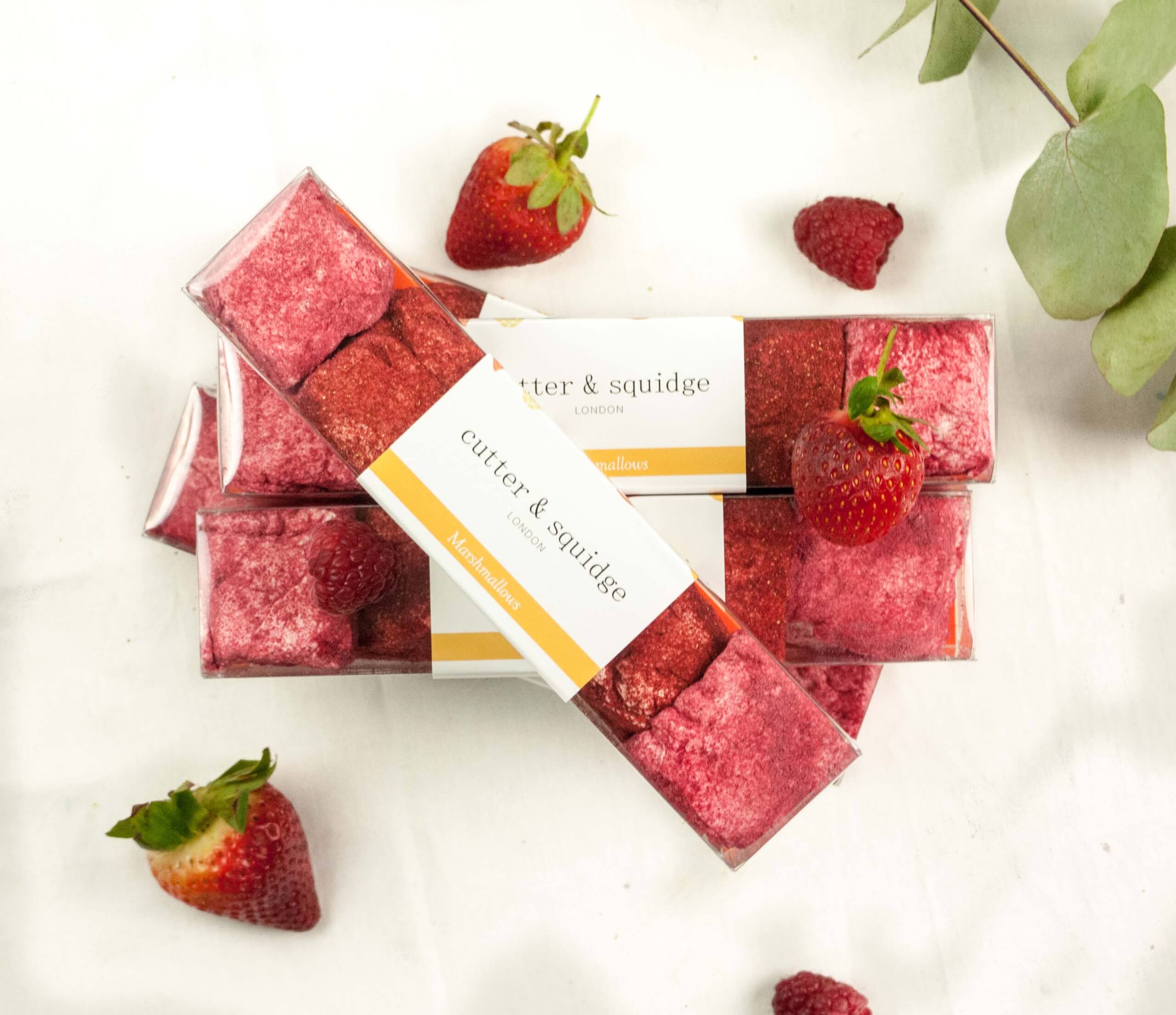 What: Cutter & Squidge have launched a pop-up in Soho selling sweet treats, delicious snacks, as well as their hot and cold homemade infusions.

Why: Cutter & Squidge, known for creating the original ‘Biskie’ – a handmade sandwich dessert consisting of biscuit, cookie and cake filled with buttercream, totally naughty, but dreamy, have upped sticks to Soho.  The pop-up is decked out in traditional sweet shop decor, and sells a range of sweet bites, including their signature biskies, dream cakes and marshmallows. Savoury options are also on the menu such as veggie quiche and cheese twists. Sip on their own special blend of hot chocolate, or try their brand new ‘Oomph-ade’, a mixture of coconut water and white tea.

When: Until 5th June

4. For Sports: One New Change 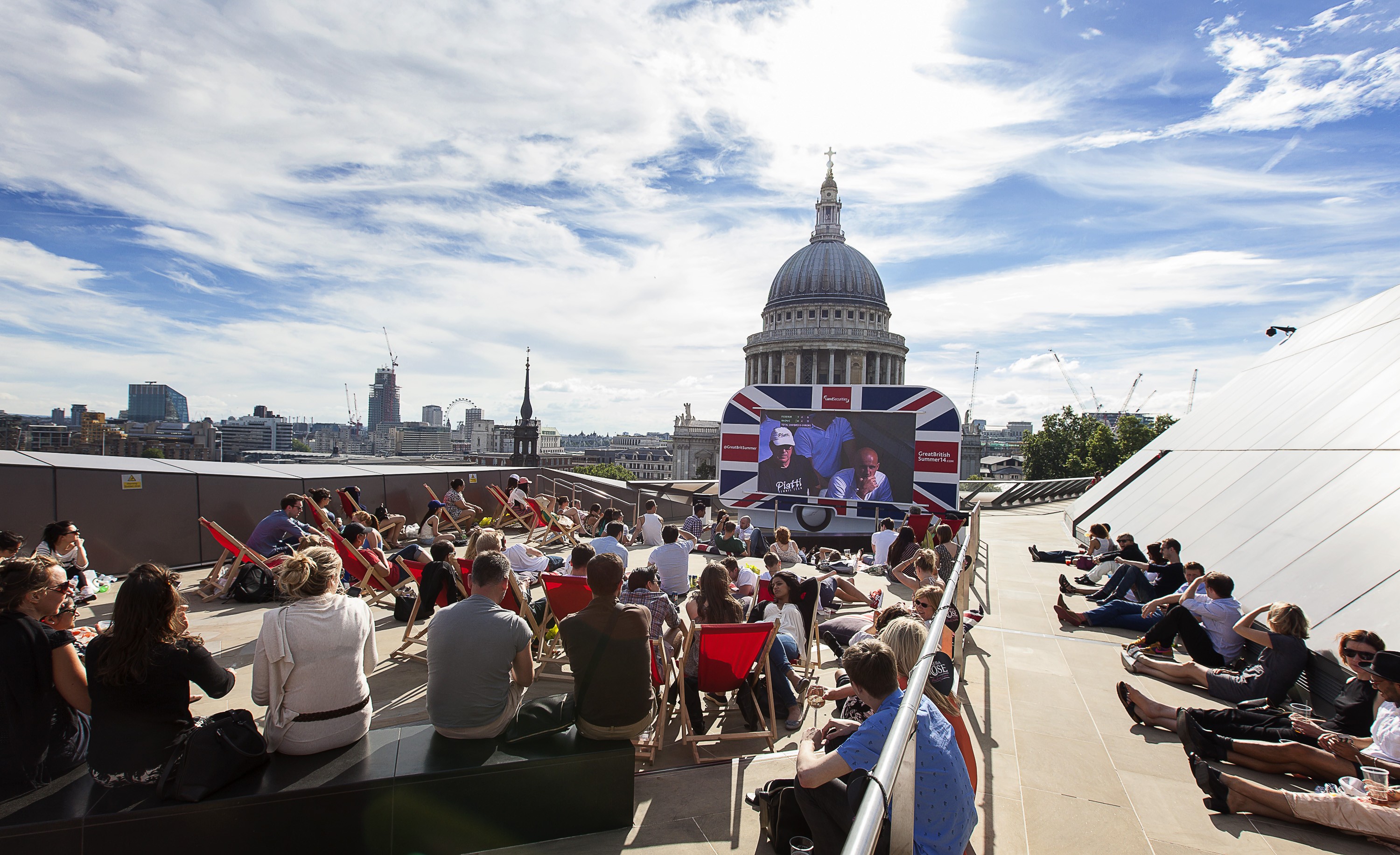 What: Crack open the Prosecco, dust off the picnic blanket and grab a punnet of strawberries, London is set to reach fever pitch this summer with the return of Wimbledon. Game, set, match.

Why: For the duration of Wimbledon, three destinations across London are screening all the action outdoors on screens installed in specially customised retro caravans, for free. Spectators at One New Change can sample Madison’s rooftop bar special Wimbledon takeaway menu from the comfort of their own deckchair. Harry Brompton’s pop up bar will be open for business at  Cardinal Place, serving up alcoholic ice teas and at New Street Square, Caffe Vergnano will be running their mobile bar. If in doubt, always bring a bottle of wine.

5. For a Four-Course Meal: Sabel 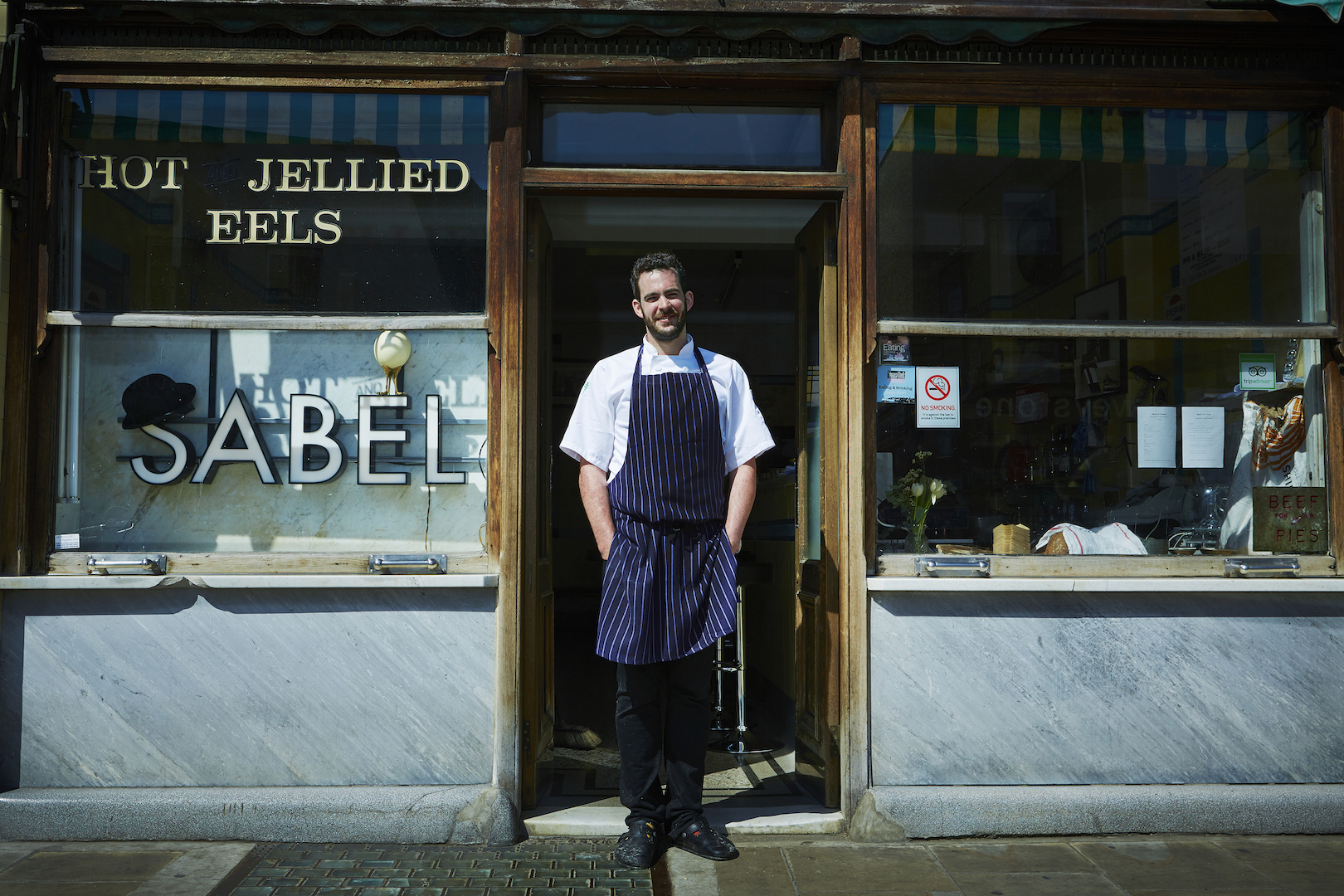 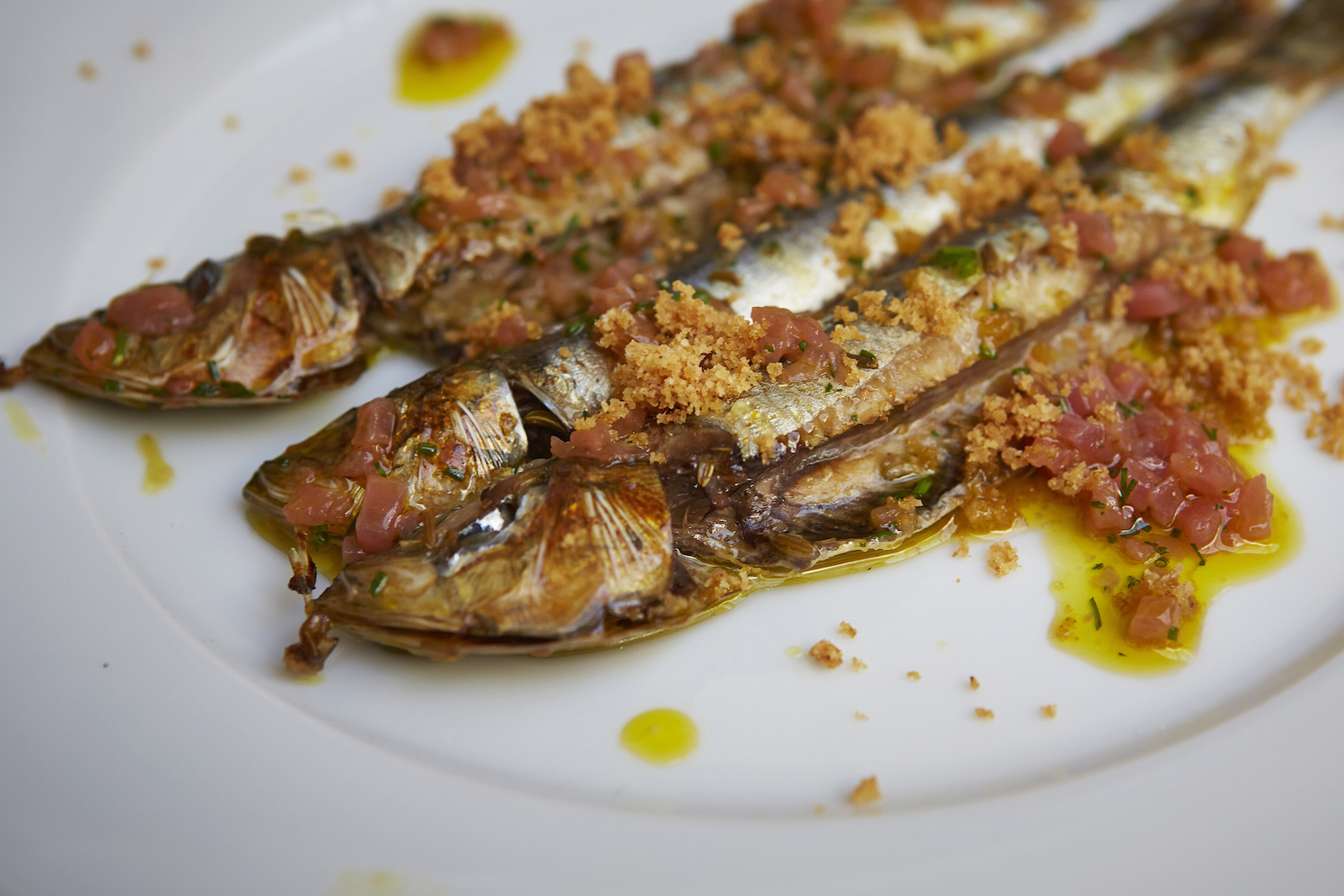 What: Family-run buisness Sabel is launching a series of dinners at Palm 2 in Clapton this summer. Following on from their successful popup at F. Cooke in 2012 Chef Toby Williams has created a new menu championing British produce, fresh ingredients and big-flavoured herbs.

Why: Drawing from his experiences from The Square, MomoFuku and collaborations with Simon Rogan and Ottolenghi, Tony’s menu includes British dishes, heavily influenced by global cuisine. Taking place in a room above a supermarket (it may not seem classy, but remember – you’re there for the food). The four-course dinners are served on communal banquet tables, grab a knife and fork and don’t be shy. 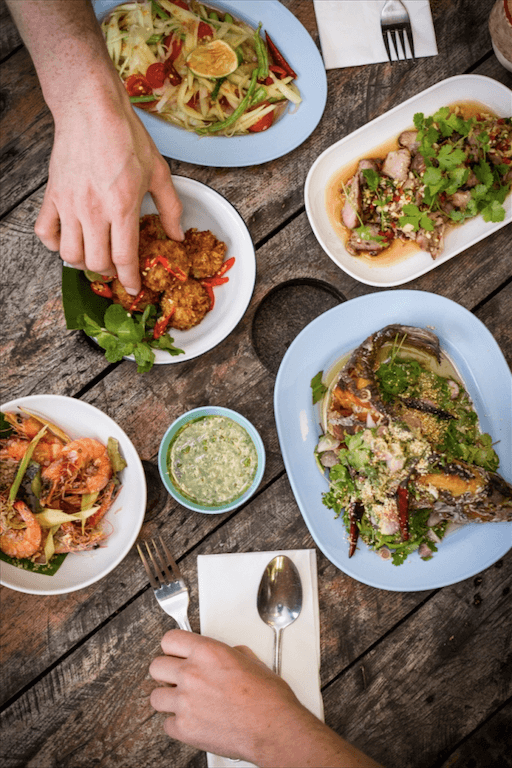 Why: The restaurant has teamed up with Singha Beer to create a quirky bamboo bar, aiming to bring the sunshine (hopefully) and some Thai pizazz to the London Fields arches. Thailand has come to Hackney and we like it. Relax in their tucked away garden and sup on the traditional Thai beer Singha and tuck into one of Som Saa‘s famous dishes such as Thai deep fried sea bass.

When: The Singha Bar is open from 6pm – late, Thursday and Friday and 12pm–4pm and 5pm–late on Saturday. 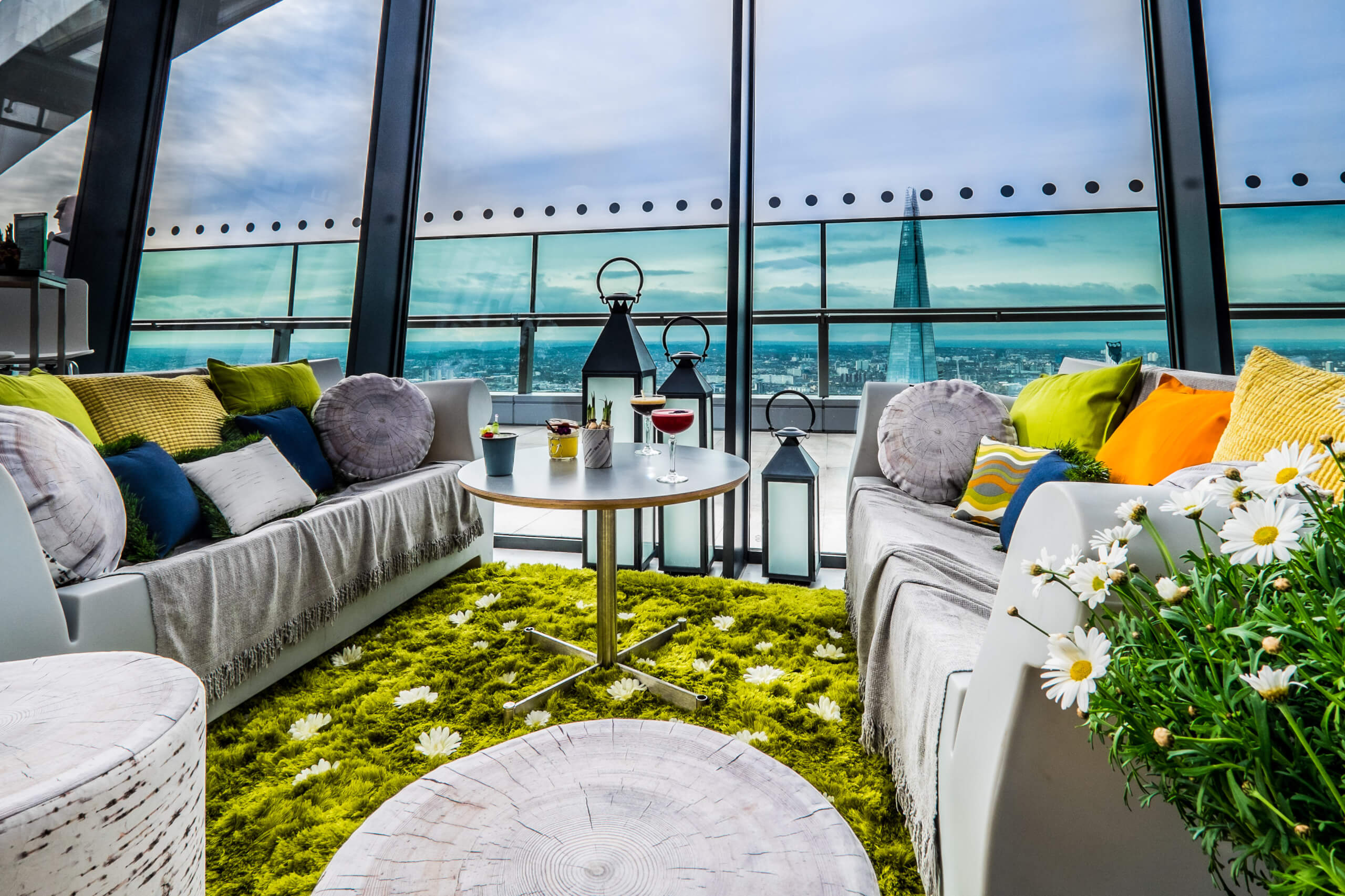 What: In keeping with the changing seasons, Sky Pod at Sky Garden has recently launched their eccentric English country garden pop-up.

Why: The cocktail bar, found 35 floors up has been transformed into a quintessential English garden complete with sunshine-yellow daffodils, green faux lawns and brightly-coloured vintage bicycles. New cocktails have been created for the launch, including Rooibos Tea Party, a combination of Bloom Gin, DOM Bénédictine, rooibos tea, lime juice and orange zest and our favourite, Pink Is The Question with Cîroc Vodka, green apple liqueur, fresh blueberries and lime juice. Another new fixture to the pop up is Sky-High Sessions, running from Friday to Sunday, the bar will play host to live musical acts playing from early earning through to late-night.

When: Throughout the summer. 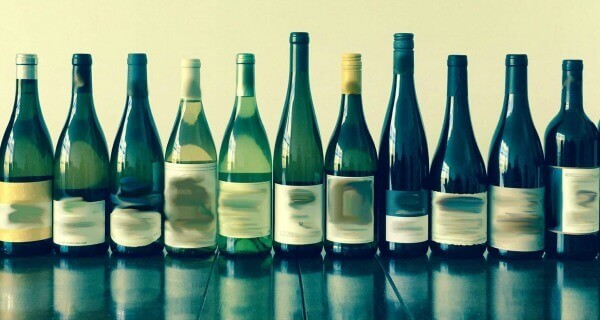 What: The Good Year have collaborated with the Attendant Café  with the aim to make good wine accessible, by a forever changing wise list and a menu of new wines. All the vino.

Why: The Good Year is shunning the traditional wine menus which are just ‘lists of names’, to bring a wide selection of different wines sourcing great vino from small producers and some of the best suppliers in London. A carefully selected food menu is also on offer to accompany the wines, including a selection of cheeses and charcuterie, Pavilion Bakery sourdough, and Mast Brothers chocolate ganache for the sweet tooth fans. You don’t have to be a wine connoisseur to enjoy a glass of fine vino.