Drink / Bars / 50 Best Bars: The American Bar and The Beaufort Bar at The Savoy Hotel

50 Best Bars: The American Bar and The Beaufort Bar at The Savoy HotelBy Tom Stevenson

The American Bar is currently ranked as the 5th Best Bar in the world, but their ambitions stretch far further than that. The star-studded team from The Artesian moved on to pastures new this year. The Artesian has been ranked number 1 in the world four years running, but while they remain the reigning champions, the chasing pack know that under new management, there has never been a better chance to seize the throne. 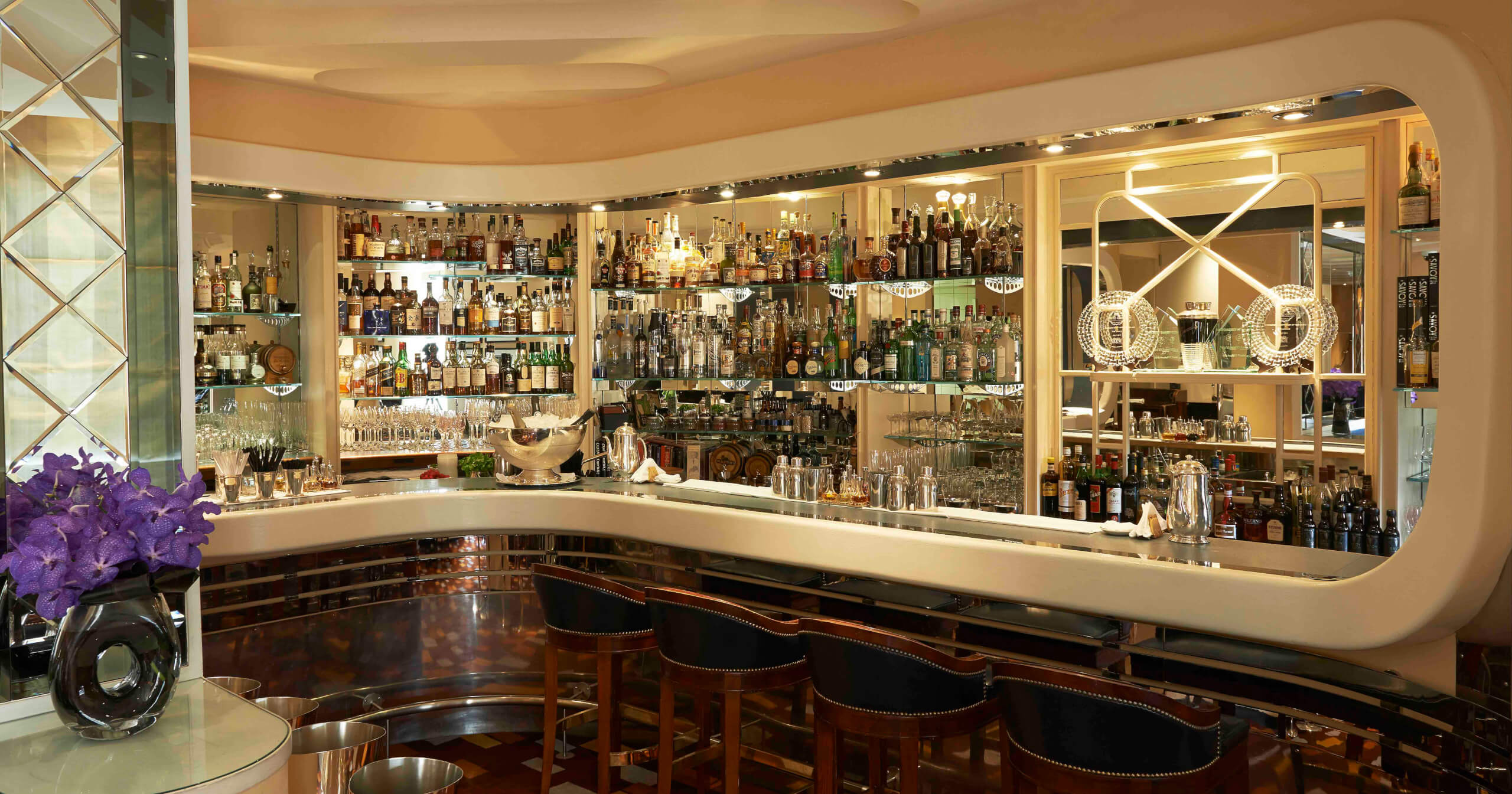 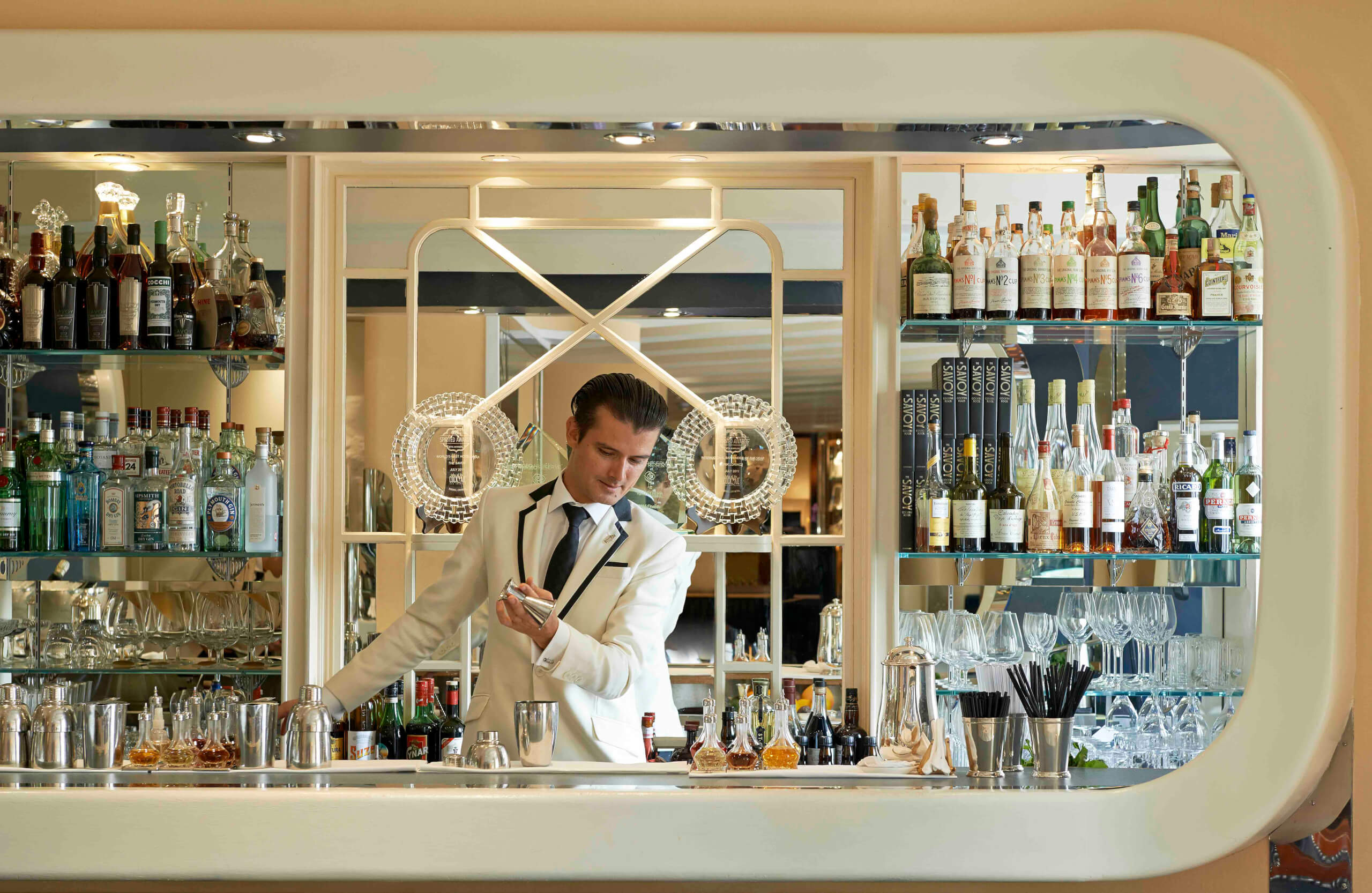 Under the leadership of Head Bartender Erik Lorincz and bar manager Declan McGurk, the highly talented team at The American Bar have the technical skills to reach the highest level. Last year bartender Luca Corradini and Michele Mariotti reached the final of Diageo World Class UK (the nationwide competition for the country’s best all-round bartender). Lorincz won the global competition in 2010 and mentors his team in the competition preparation. Corradini came to the attention of the rest of the competition through an astonishing performance in the speed-round. Contestants are required to make three drinks in three minutes. Sounds easy enough, right? They also have to talk to the judges about the drinks they are making as they go. Many talented bartenders lost their concentration as they tried to speak about their drinks, until it was Corradini’s turn. As he made the three drinks, he recited a poem. This actually assisted rather than hindered his progress and he finished with time to spare to rapturous applause. 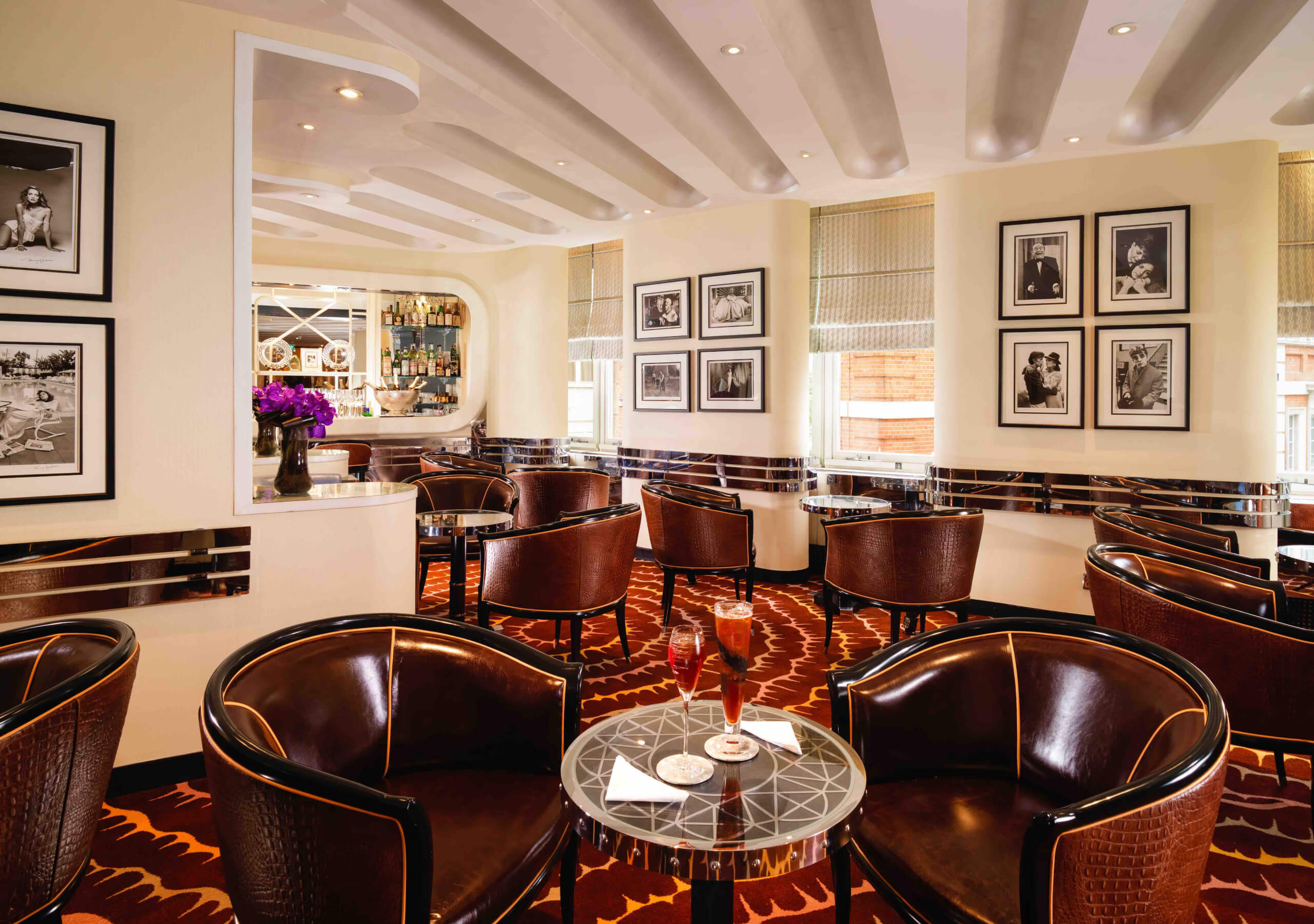 The driveway into The Savoy Hotel is the only street in London where motorists must drive on the right hand side. Most people believe this is due to the large number of American or European visitors. The reason is in fact quintessentially British. In the days of the horse drawn carriage, ladies would always sit the seat directly behind the driver. Drivers would have to walk around the other side of the car to open the door to let the lady out so The Savoy, in it’s timeless dedication to social etiquette, wrote to Westminster council in 1922 asking permission to switch the sides of the roads so that drivers could open their doors, allowing ladies an instant view of the front of the hotel, and a clear route through its doors. 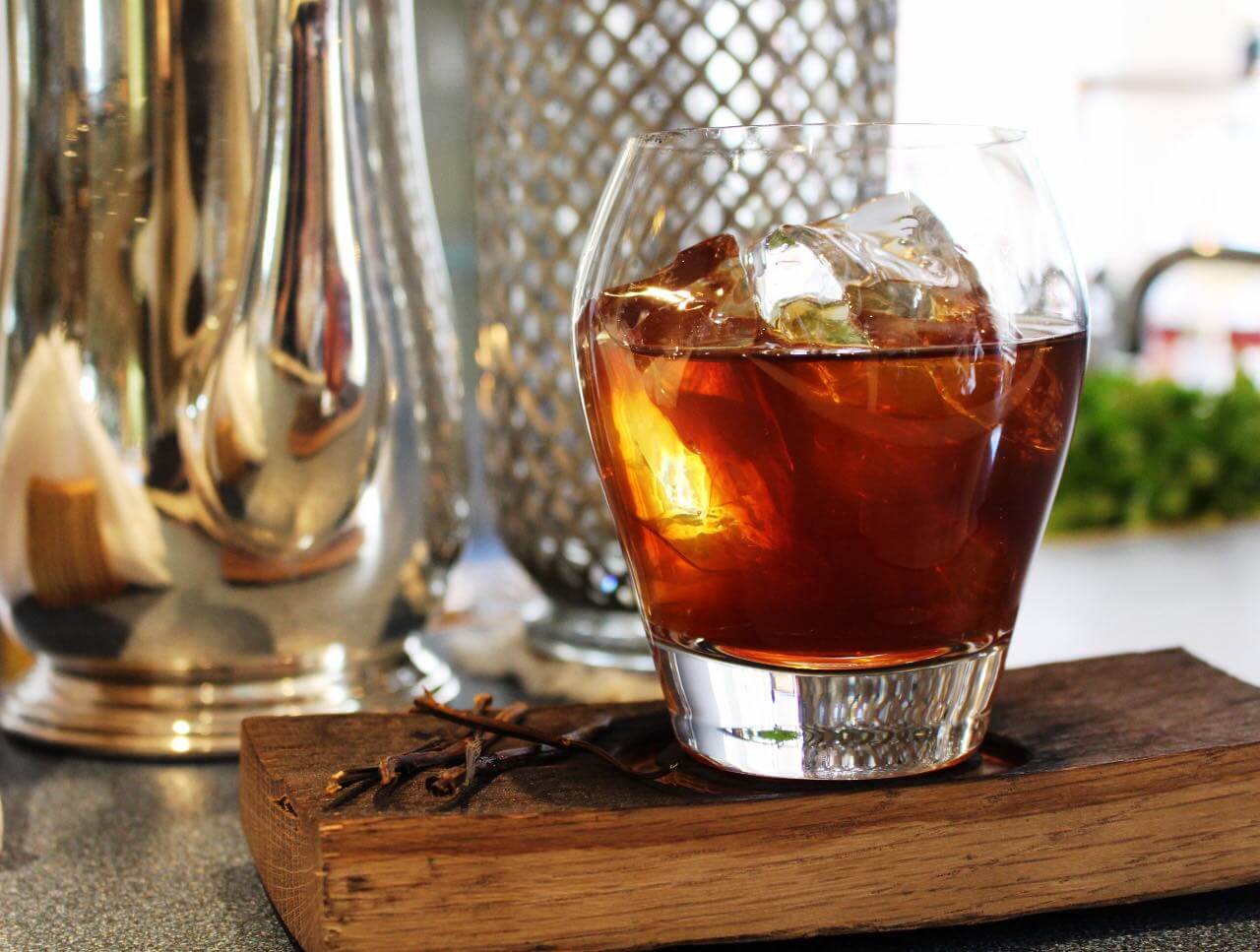 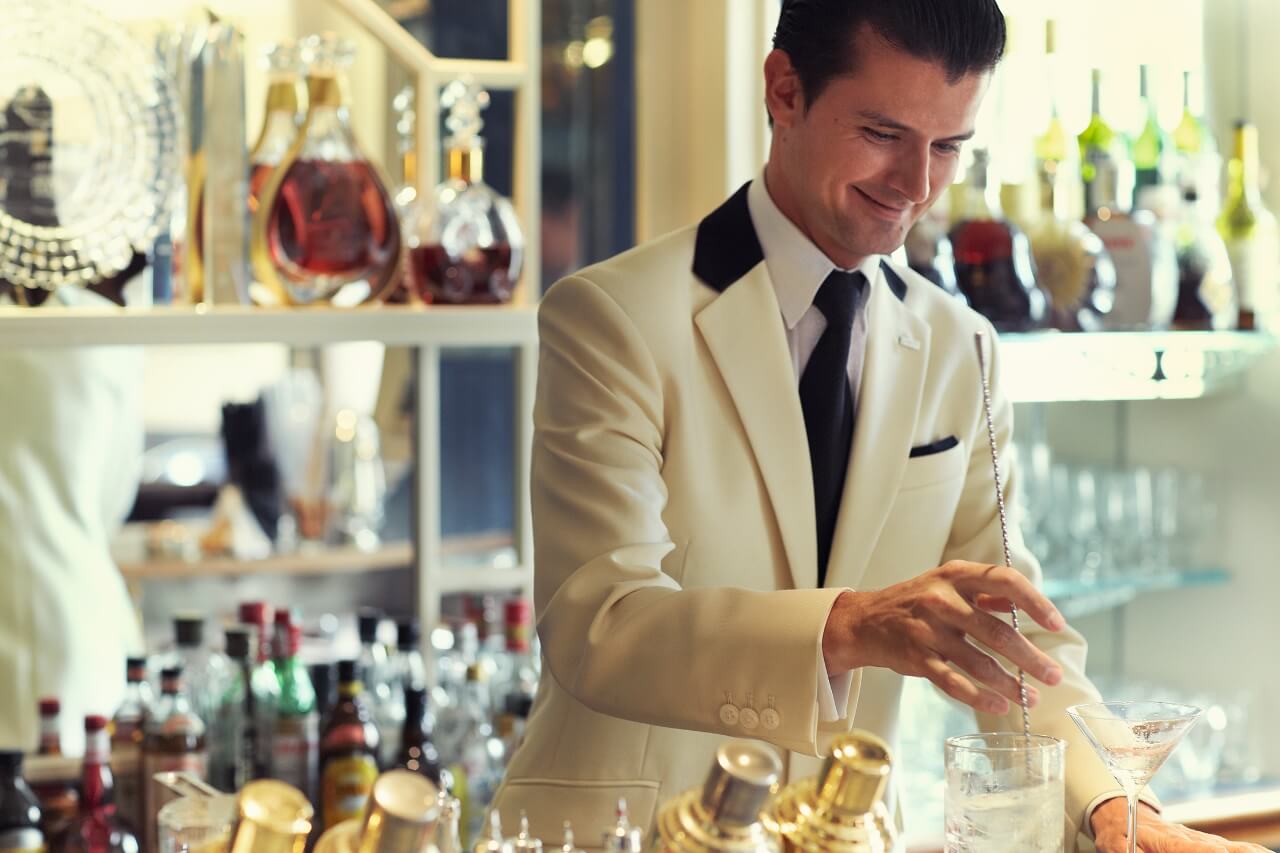 The Savoy is so steeped in history that stories like this are ten-a-penny. It’s difficult to discern where the history of London begins and stories about The Savoy begin, and this is where we shall start with the intertwined meta-narrative of The Savoy and London, London and The Savoy, as it treads the fine line between tourist attraction and owner of not one, but two of the world’s 50 Best Bars. 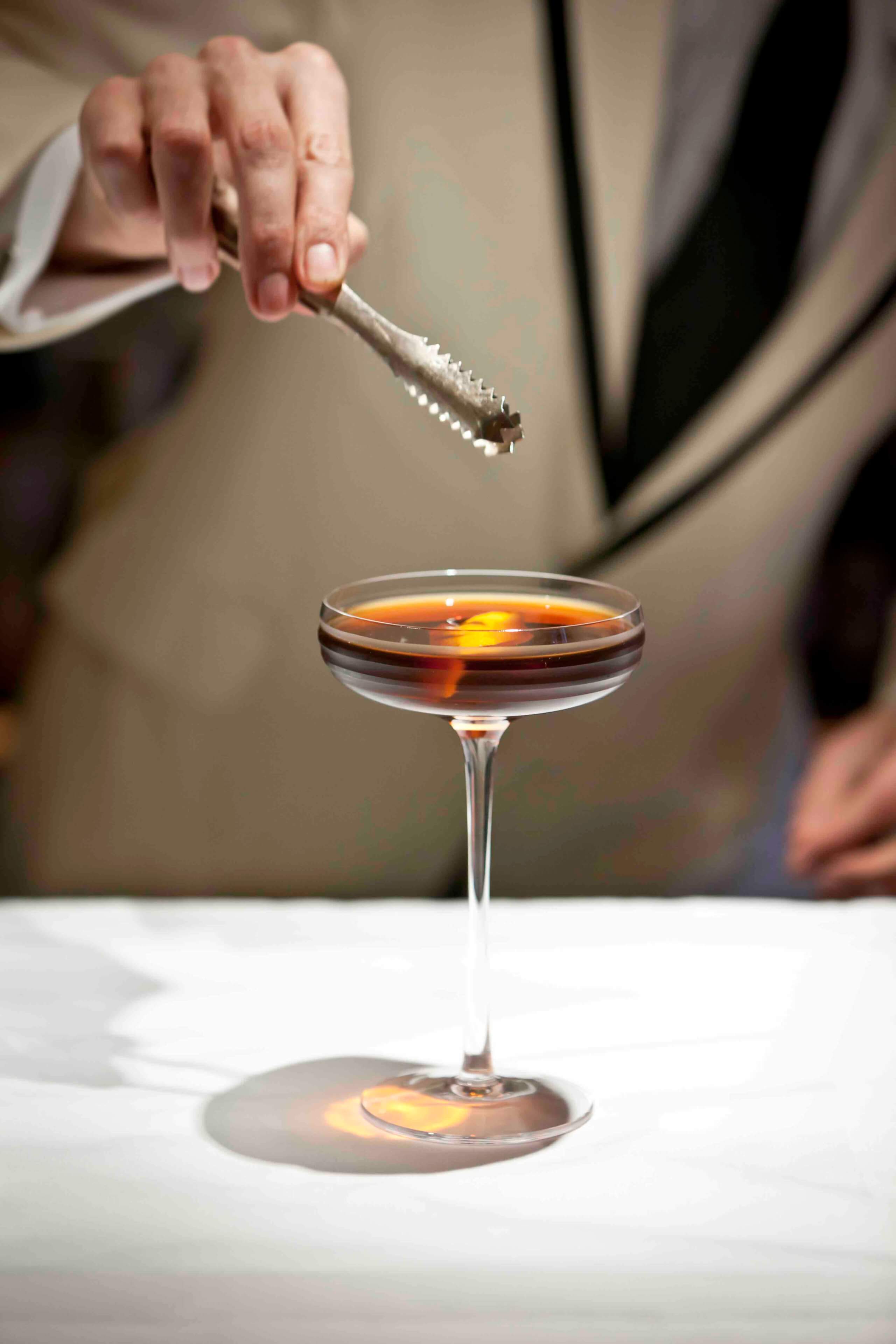 The American Bar launched a new menu in January this year attempts to inextricably link The Savoy to the capital city. Each drink is named after a London street or landmark for instance ‘Green Park’ or ‘Abbey Road’. The ‘Pickering Place’ is unique. Truly unique. As in I’ve never seen anything like it before, named after a famous duelling location. Lorincz and McGurk play themselves in a short silent film in which they disagree so vehemently about Frank Sinatra’s drink of choice – a dry martini or Jack Daniels – that they challenge each other to a duel. One gin and one bourbon based cocktail is served on a mahogany box that slides out to reveal an iPad playing the film. The anachronism of a silent film screened on an iPad is entertaining in a puzzling way. However, there is a simple satisfaction derived from watching the movie stars wait on your table because if Hollywood is at your service then who are you? And then you realise what that confusing feeling is and it’s vanity. This bar makes you forget you get the tube or don’t have a title, or that you spent last Sunday eating fish fingers on the sofa using your tummy button as a ketchup dipping pot. This bar makes you feel refined, you have taste and everyone you know has taste. It makes you believe you are the beautiful people; you mingle with the rich and the famous, and your mouth has known nothing other than the reassuring curvature of a silver spoon. 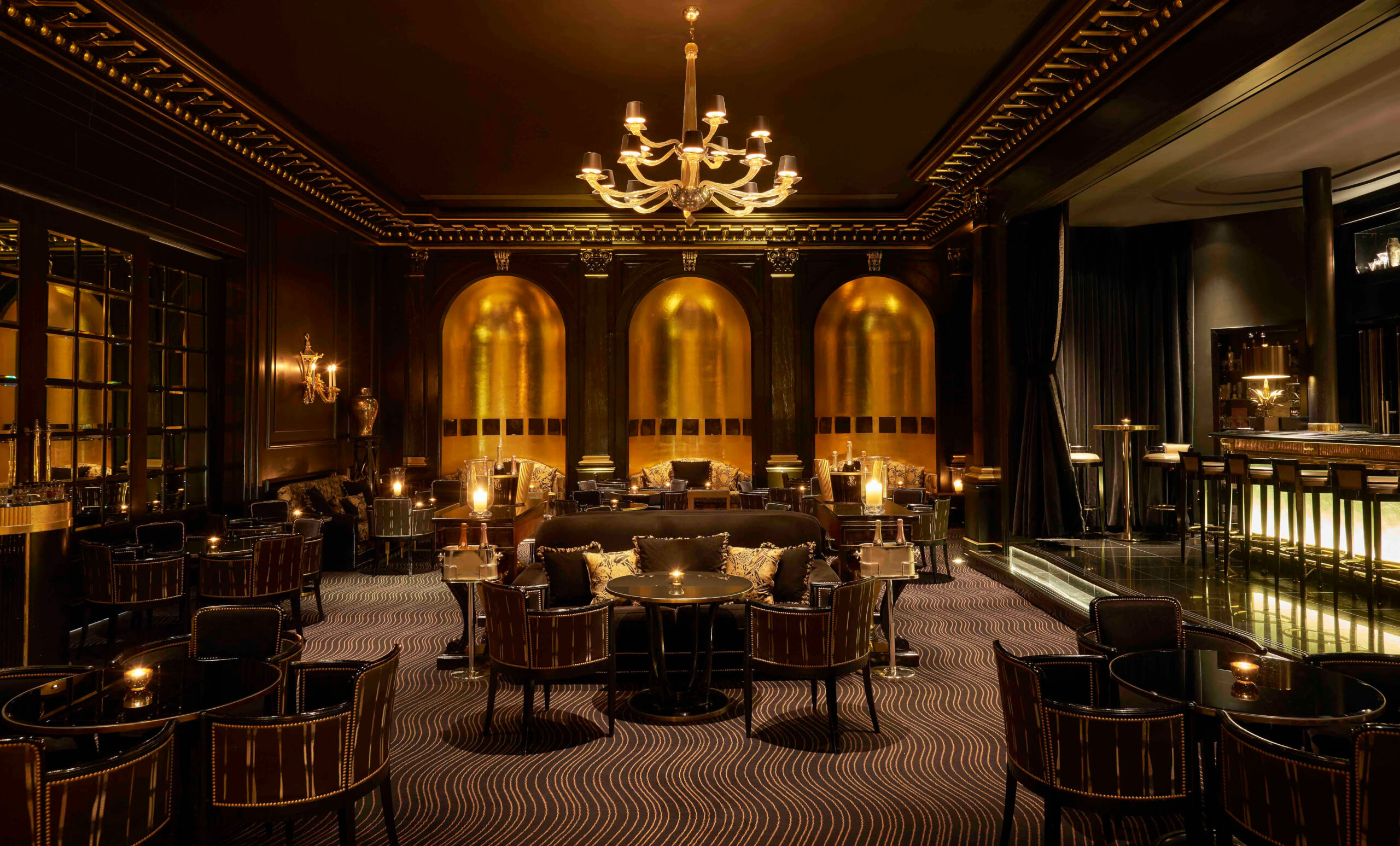 The piano man caresses the keys as the light fades and you feel something pulling you off the bar stool. It’s this darkness that drags you through two atriums, past a gazebo and into the 8th best bar in the world. The Beaufort Bar was formerly the showroom where performers would mesmerise their audience and in its place is a new stage where award-winning head bartender Kyle Wilkinson and his expert team offer classic and new cocktails. And one of the most extensive choices of Champagne by the glass and by the bottle, including rare vintages from Louis Roederer and Cristal. 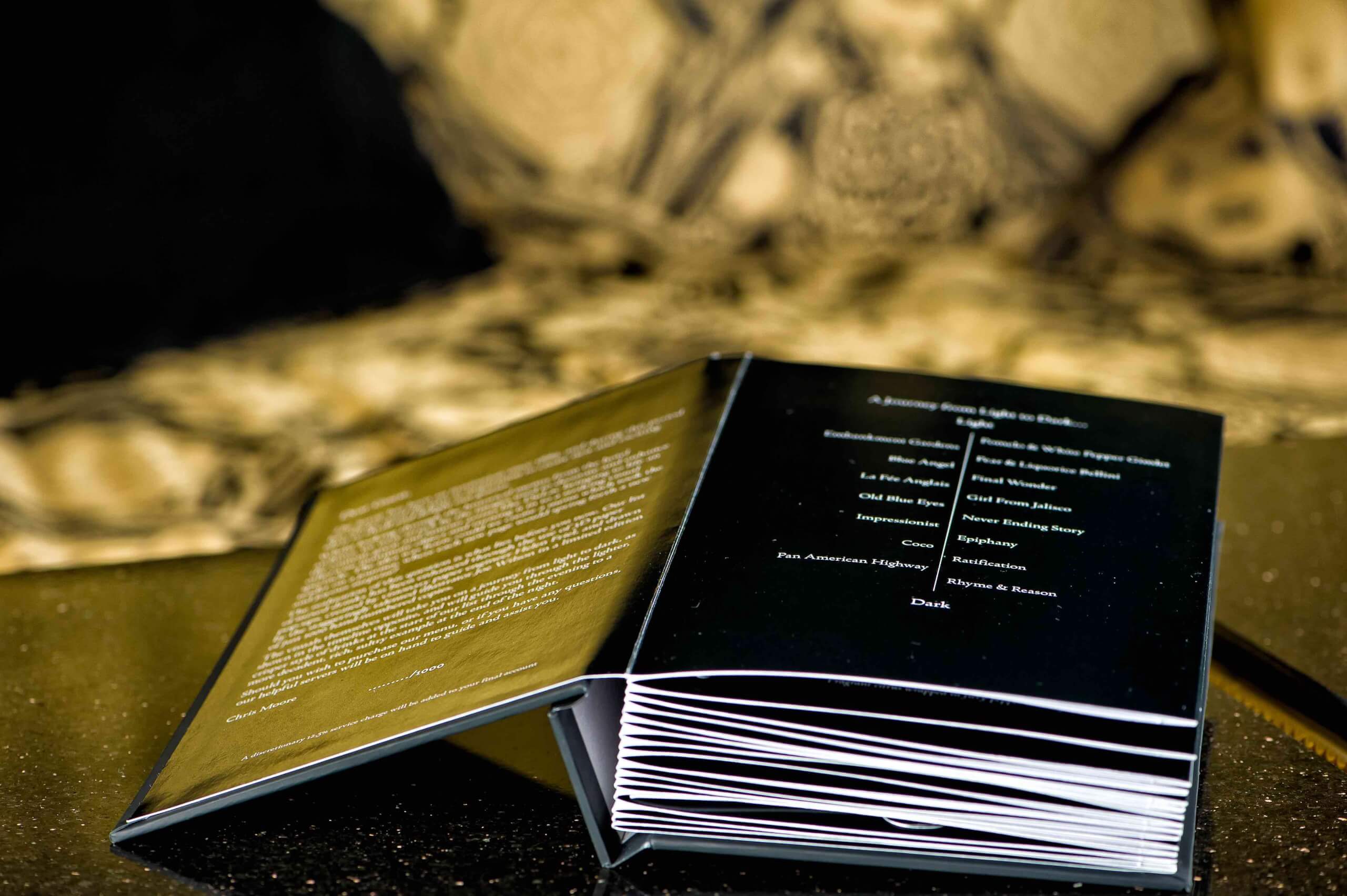 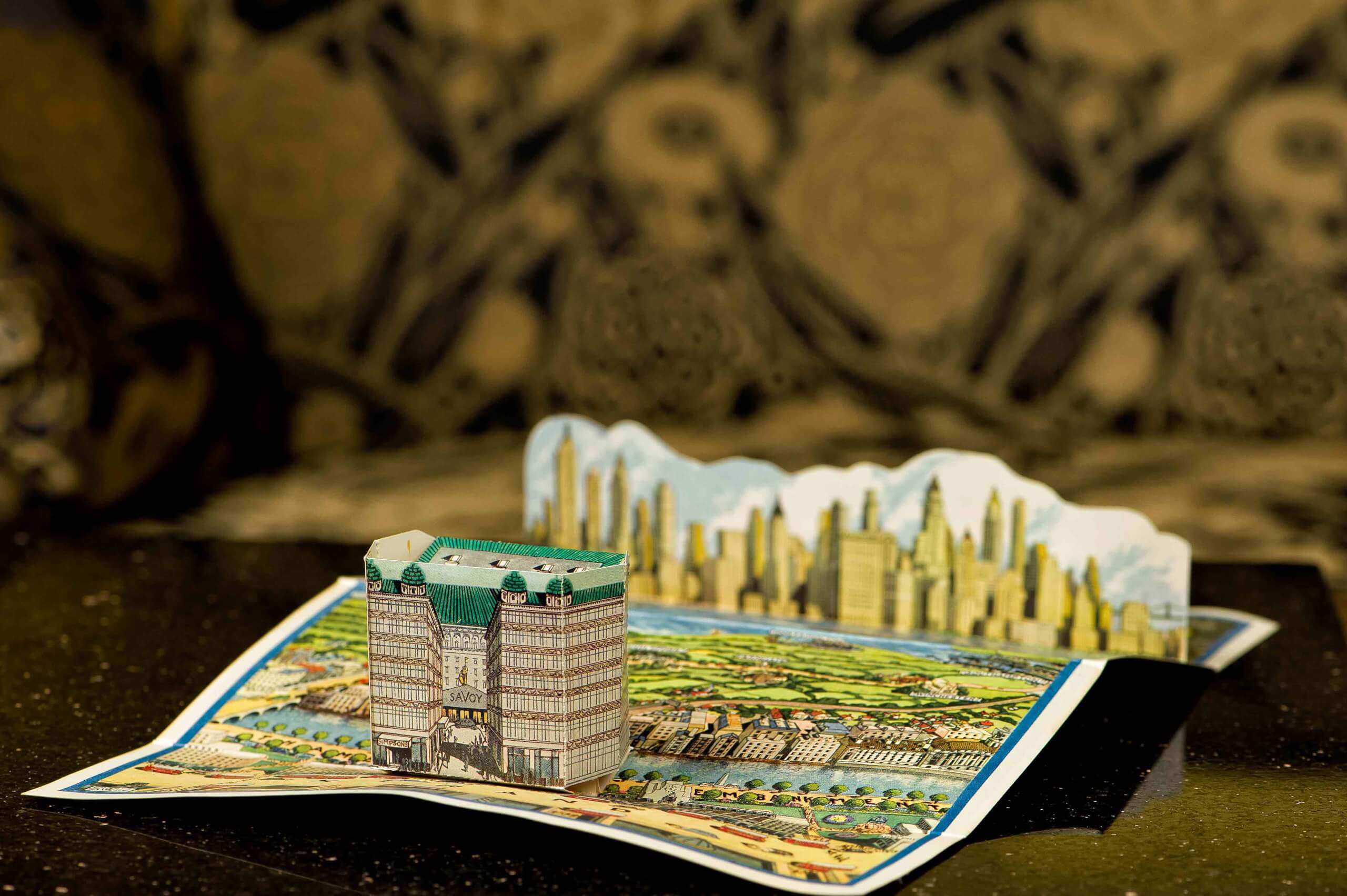 The Beaufort Bar has recently launched a new menu in the form of a limited edition pop-up book. Beautifully hand drawn and painstakingly cut, the pages throw open a heady world of characters, flavours, tales and scents, ensuring each exquisitely crafted cocktail tells its own story. Much like The American Bar, the drinks menu at The Beaufort Bar want to play upon the hotel’s heritage and it’s famous guests. Drinks are dedicated to infamous bon vivant Ernest Hemmingway, Frank Sinatra (again), star of the silver screen Marlene Dietrech and fashion icon, Coco Chanel. Each of these cocktail dedications requires a server to visit the guest’s table, add the finishing touches to the beverage and tell the story behind the creation. The ‘Coco’ (Grey Goose Vodka, Lillet Blanc, Vintage Moet et Chandon 2006 and a Chateuaneuf-du-Pape reduction) is so named because Ms Chanel herself would eat caviar and drink red wine at The Savoy Hotel. What about the caviar? The team had some trouble incorporating caviar into the glass so a side petri dish of mini chocolate baubles garnished with apple blossom accompanies the drink to represent the fish eggs. 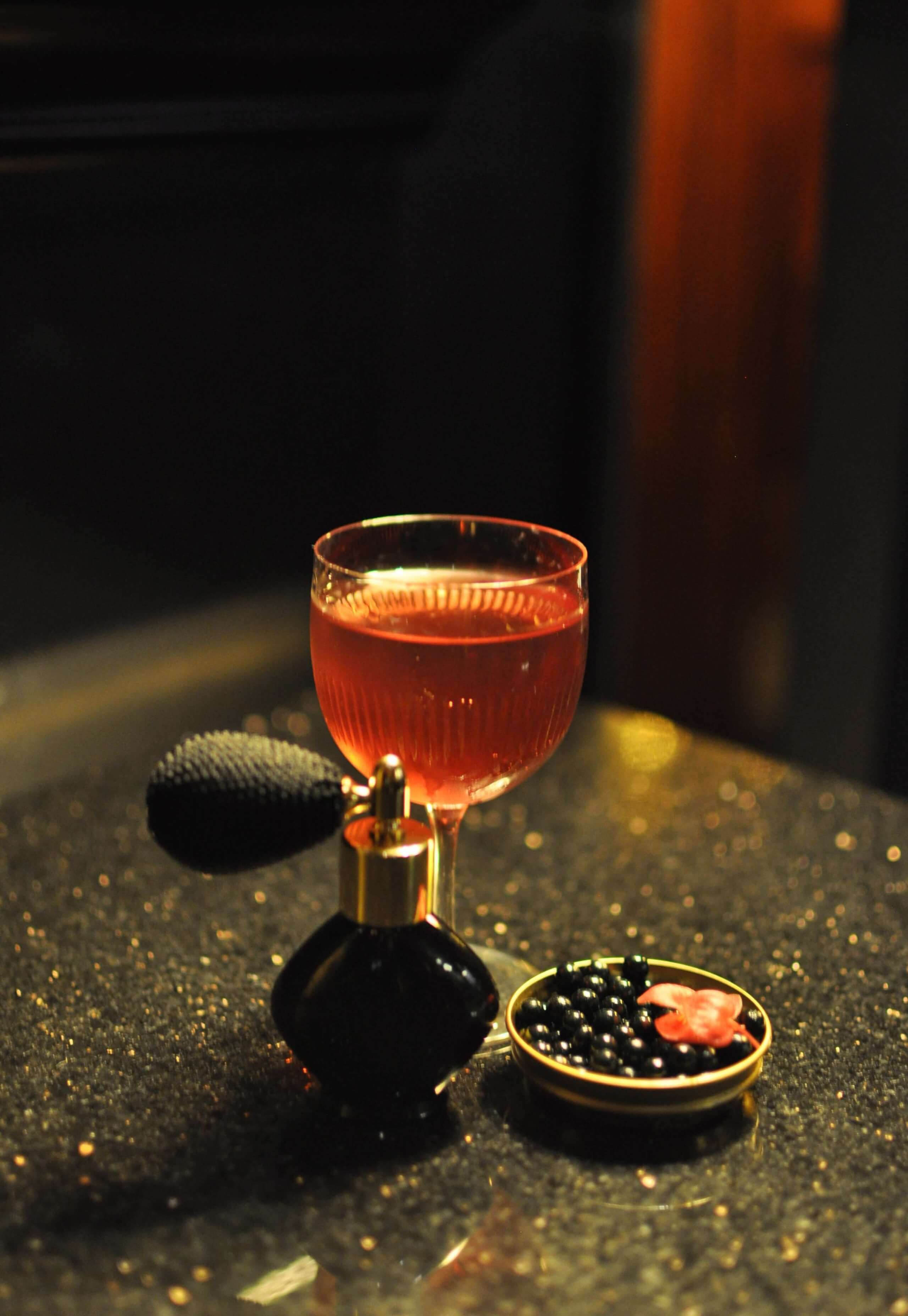 OK, but a ‘Caviar Martini’ recipe is premium vodka, Lillet Blanc, Martini Rosso, lemon and scoop of caviar as an amuse bouche. The Ritz Rivoli Bar uses dashes of homemade caviar tincture to incorporate just a tinge of caviar into the drink itself. Coco drank red wine and ate caviar. She did not drink vintage champagne and eat mini Malteasers. Great storytellers tell you the hardest thing is letting go of narratives that just don’t quite fit. 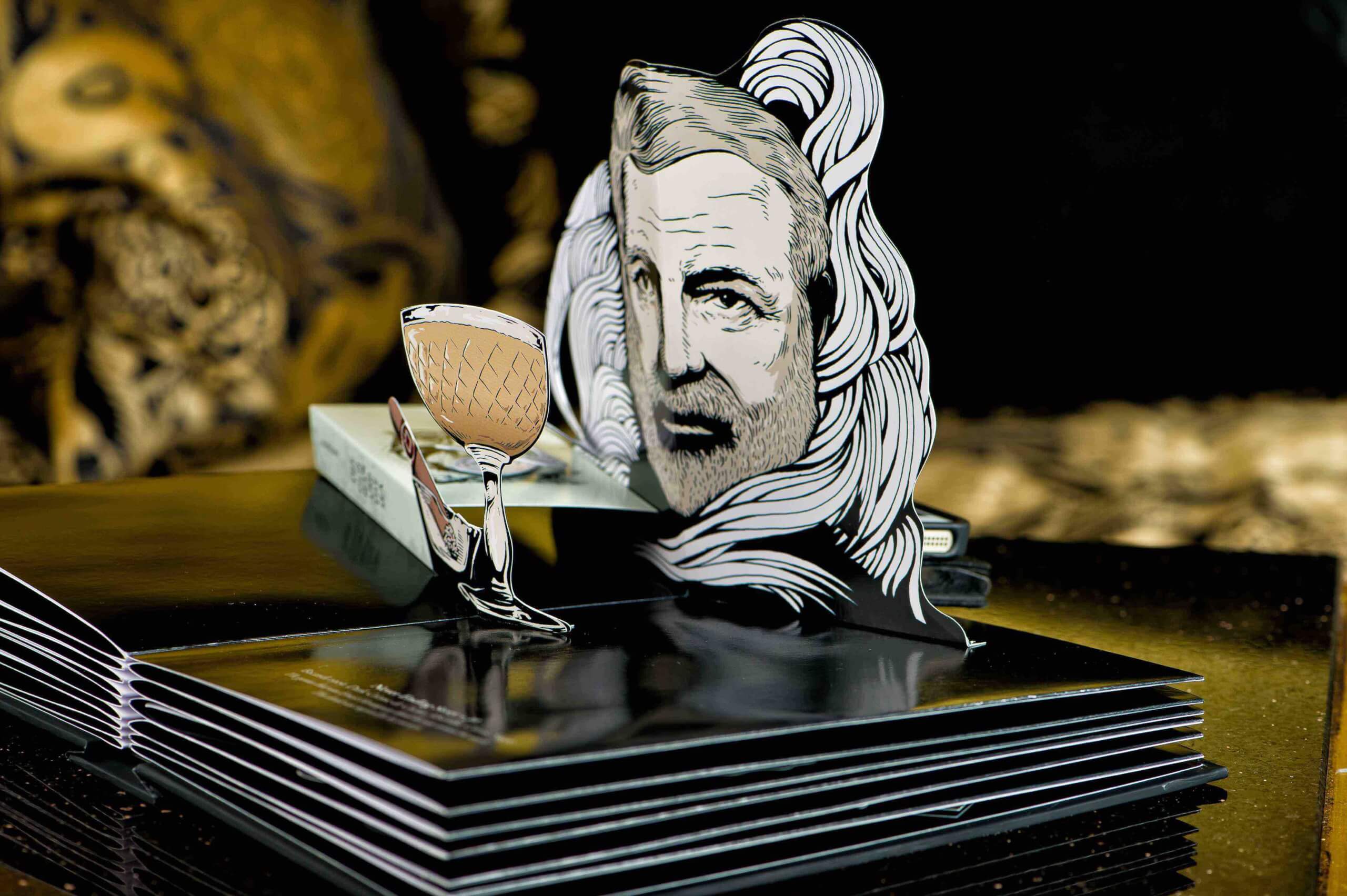 Away from the adherence to the concept, there are some extraordinary creations on the storybook menu. The Embankment Gardens is a triumph. A very spicy gin and vermouth combined with the fresh coolness of the fig syrup is a delightfully delicate balance. 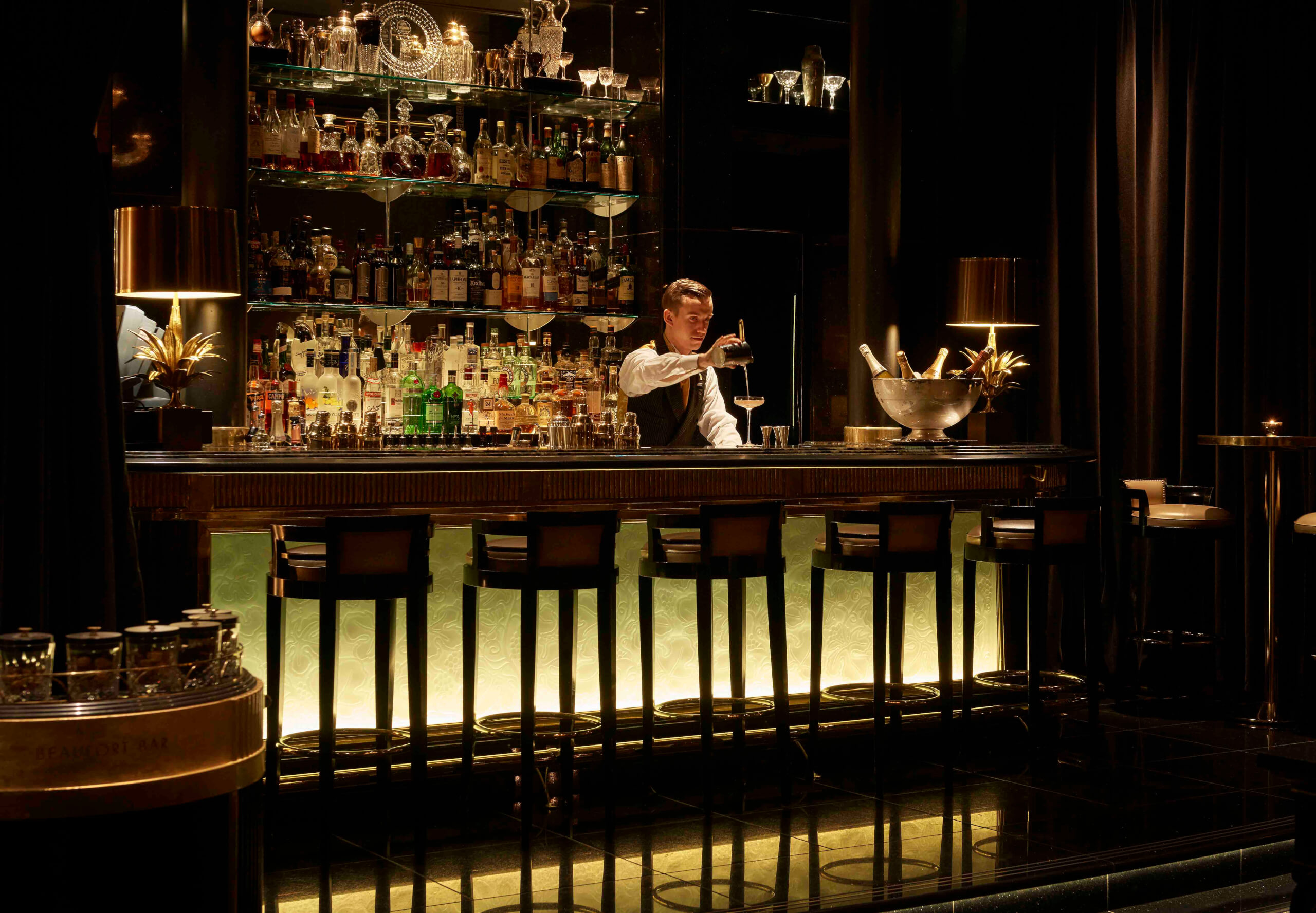 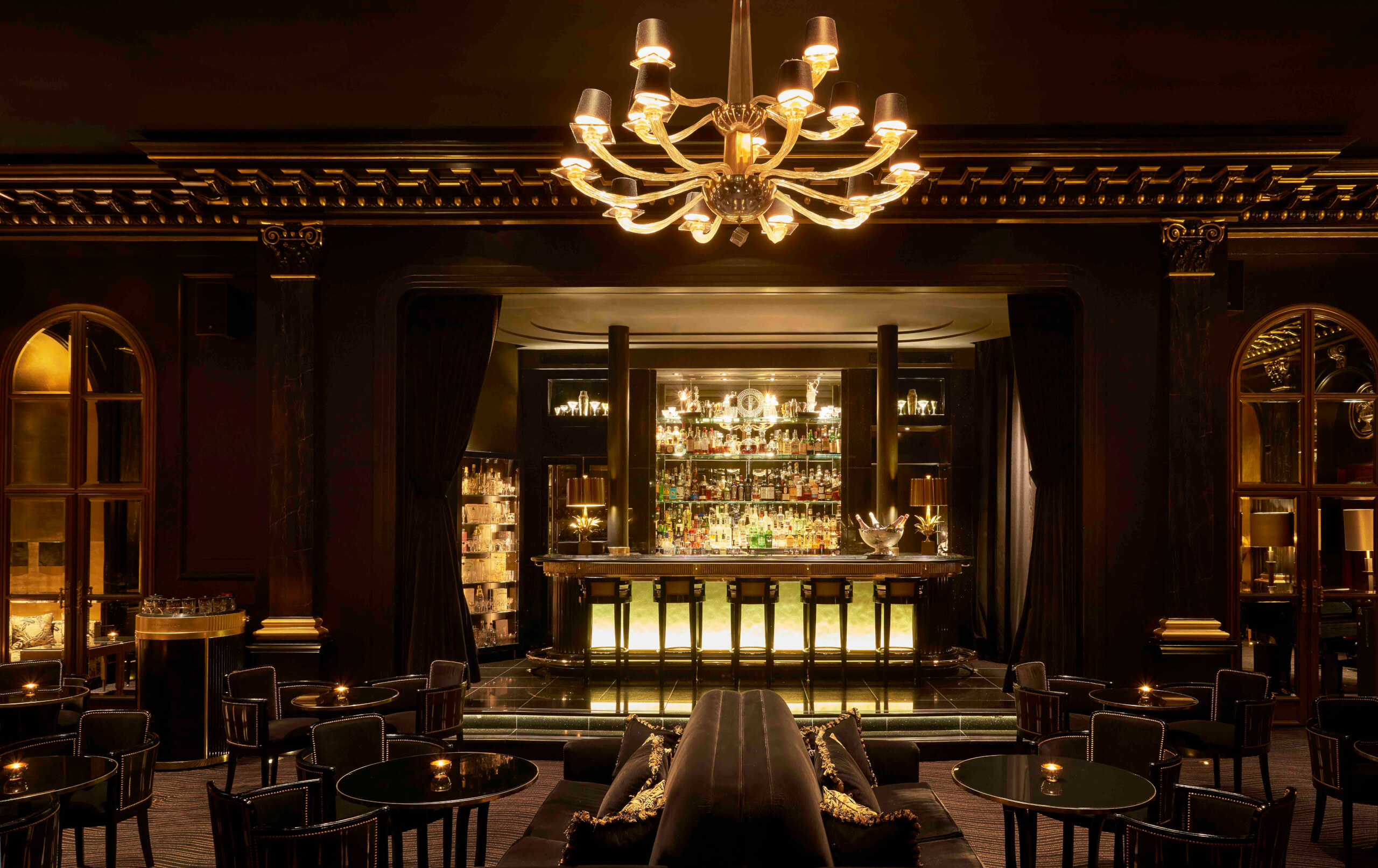 However, the room itself steals the show here. Ryan Adams once sang “Despite anything I might have said before/ The bar is a beautiful place.” and this is the most beautifully placed bar I have ever seen. I always judge a bar by how much I want to sit at the bar. How closely do I want to watch the bartenders? How intently do I want to listen to the orders? How good is my vantage point of the room? Sitting at a golden bar on a stage looking out at beautifully dressed people, the skirts of the waitresses fluttering about the floor below whilst the piano man softly serenades the room.

Rumour has it that The Beaufort Bar has slipped out of the Top 50 this year. Less than 20 bars have ever re-entered the list in the 8 years of the awards, but I have no doubt The Beaufort will be back. They have the beautiful four walls, but they also have the right team and that’s the most important thing. The people. Not the VIPs. The people.